The interim results of the investigation of the scheme for obtaining citizenship by investment were released on Tuesday, April 27. They recorded a number of violations and outright illegal actions in the issuance of Cypriot passports to foreign investors over the years.

A carefully edited 500-page dossier notes that a total of 6779 passports were issued to foreign investors and family members, as well as managers of companies investing in major projects in Cyprus from 2007 to 17 August 2020.

The interim report contains data on the number of exceptional naturalizations approved during the reign of each president, from 2007 to 2020:

The Cyprus Investment Program has operated without proper legal guidance. It is obvious that mistakes were made in the interpretation of the provisions of the current law. The misinterpretation of the legislation led to the massive approval of the applications by the Cabinet of Ministers. They mainly concerned family members of investors / businessmen in the period from 2013 to 2020, when amendments were made to the basic law, and the Cabinet of Ministers was given the opportunity to naturalize family members of investors / businessmen, the conclusion says.

In other words, the state illegally issued thousands of citizenships to the spouses and children of investors, ignoring the fact that this is not regulated by local law.

Although the Attorney General's Office informed the Ministry of the Interior in writing in 2015 and again in 2016 that these naturalizations were illegal, the government did not take any action to address this issue until August 2020. 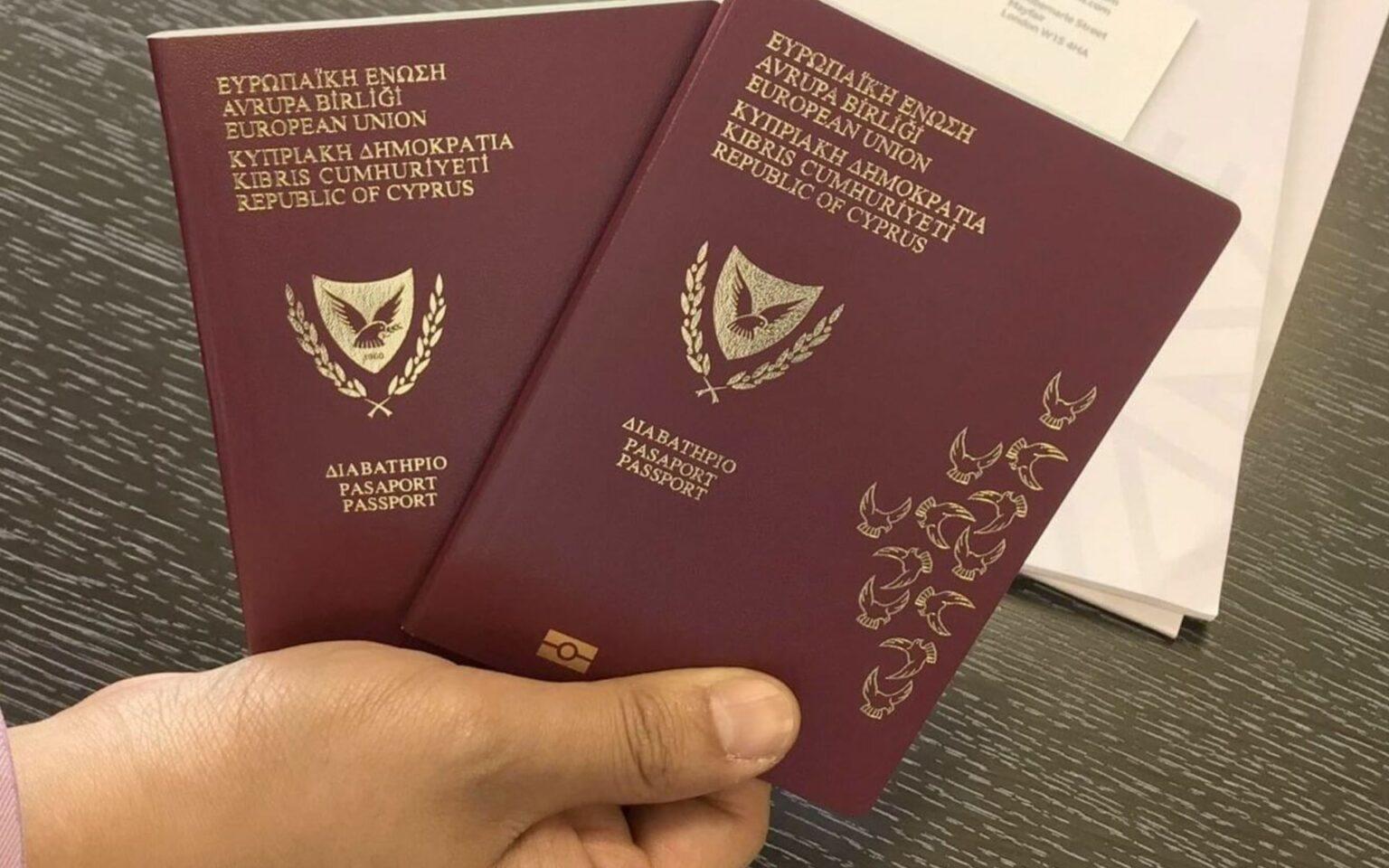 The Cabinet of Ministers also mistakenly believed that company managers who worked for local and foreign companies could be considered investors / businessmen and could be issued passports. But this was contrary to the relevant permissive law. Managers could not be considered businessmen because they did not own shares in companies.

In addition, the Cabinet of Ministers acted "in violation of the principles of natural justice, which stipulate that no one should be a judge in their own case." Despite the fact that the code of ethics has existed since 2013, it has not been respected.

As a result, the members of the Cabinet of Ministers, as well as the President, presiding over the meetings, but without the right to vote, were not informed of the identity of the service providers / founders when approving naturalization.

The service providers / promoters turned out to be companies like law firms that helped foreign investors to apply for citizenship. In the absence of this information, the report says, the members of the Cabinet of Ministers "would not have declared any direct or indirect interest in this matter and, thus, would not have declared self-rejection, as they should have done it."

For example, the former Minister of Transport Marios Demetriades took part in the meetings of the Cabinet of Ministers from March 2014 to February 2018. During these meetings, 137 naturalizations were approved with the support of a law firm affiliated with Demetriades.

Then Minister of Defense Savvas Angelides, and now the Deputy Prosecutor General, attended the Cabinet of Ministers meetings, where naturalization applications were approved, which were promoted by his friend's law firm.

Both Demetriads and Angelides took part and voted precisely at these meetings of the Cabinet of Ministers. 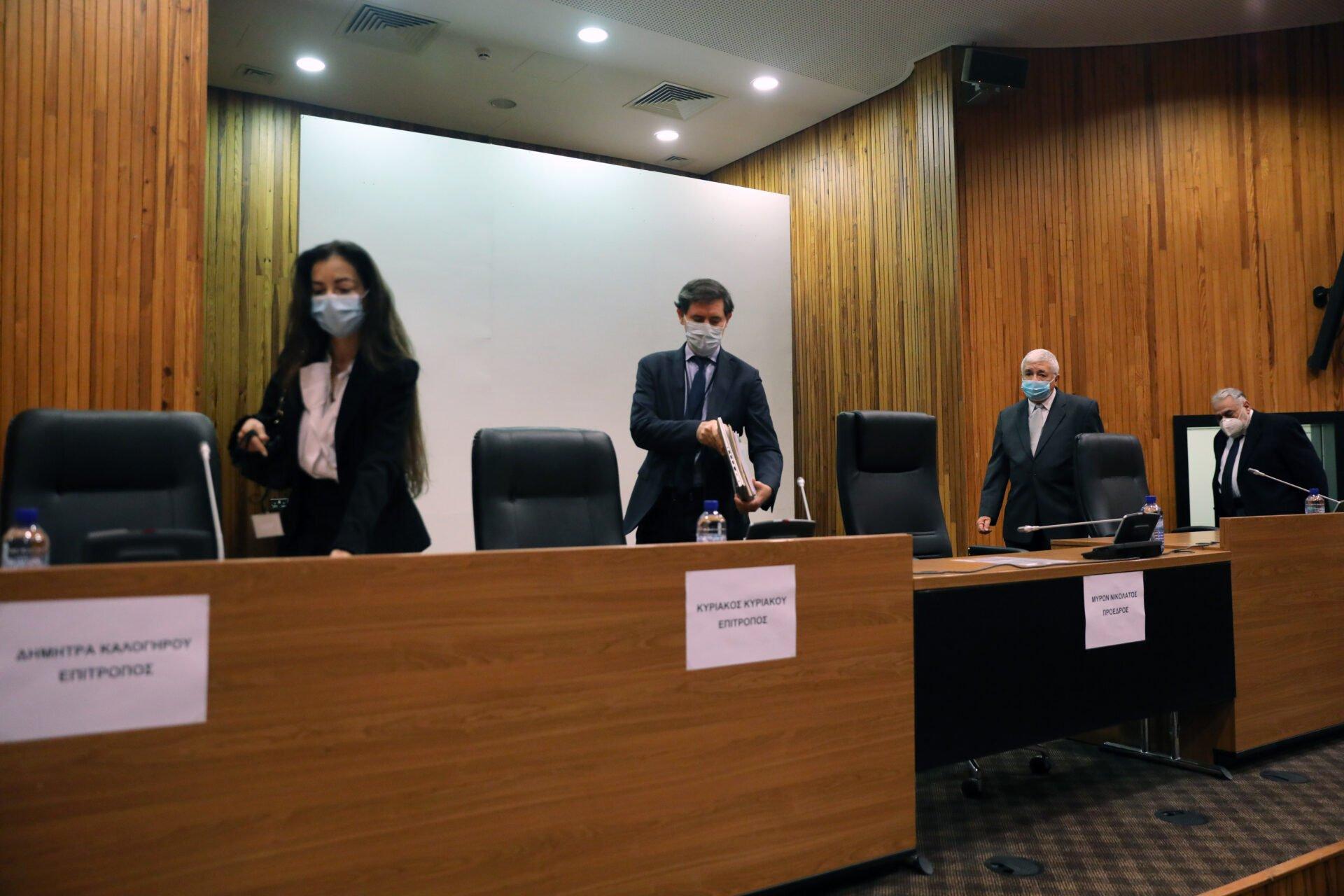 The current President of Cyprus, Nicos Anastasiades, participated in meetings during which about 50 citizenships were approved. At the same time, applications from candidates were promoted by a law firm in which he was one of the co-founders.

The report then focuses on Anastasiades and his testimony before the commission regarding his ties to a Saudi businessman who naturalized in January 2015. The President testified under oath that he twice traveled to the Seychelles in a private plane owned by the Saudis.

The fact is that on August 18, 2015, six days after the first trip of Anastasiades, the second wife of the Saudi also applied for Cypriot citizenship. The Cabinet of Ministers approved her application within a day from the date of submission of the documents. Anastasiades' second trip to the Seychelles took place in August 2018.

Cypriot law does not provide for the naturalization of second spouses or polygamy.

However, the dossier states that “no evidence has been presented prior to us linking naturalization to a paid travel with all costs, which took place two years after the naturalization in question”. 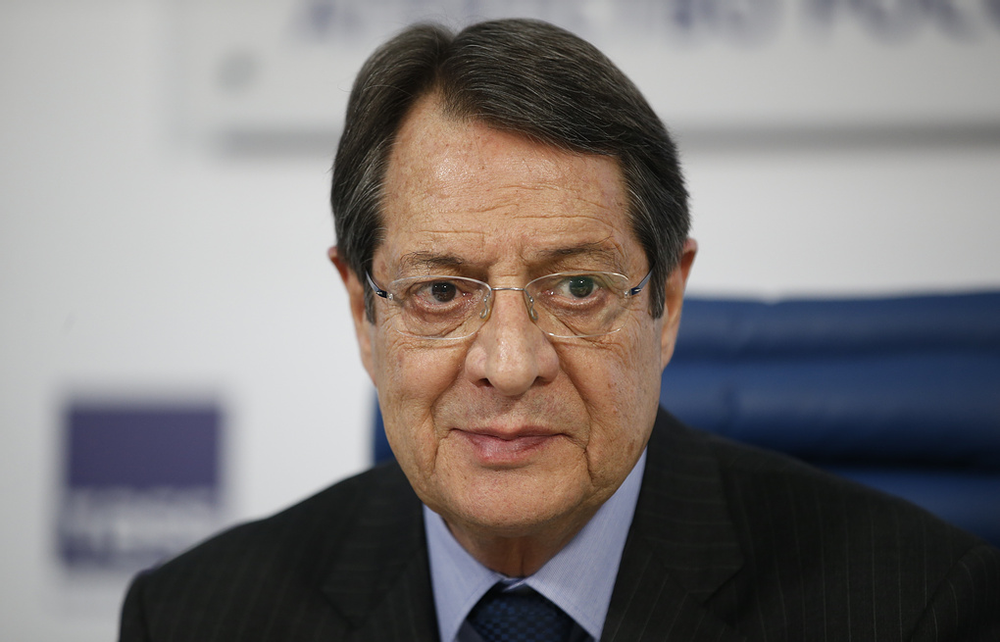 As for the former Speaker of the House of Representatives Demetris Sillouris, his name appears to be related to two applications by foreign nationals: one naturalization took place in 2018 and the other in 2019. In this regard, the report recommends "investigating possible interference with the aim of approving the applications under consideration, as well as the question of whether a problem of abuse of power arises."

As you may know Sillouris was forced to resign from the post of Speaker of the House of Representatives in October last year after a scandalous video of the Qatari edition of Al Jazeera showed that he was offering help to a fake Chinese businessman with a criminal record in obtaining Cypriot citizenship.

Turning to Archbishop Chrysostomos and his role in promoting the Malaysian citizen's claim, who was later revealed to be wanted by the authorities of his home country, the report says he received two checks. The first was deposited directly into the accounts of the archbishopric, the second - into the foundation that Chrysostom founded.

These amounts may be the result of money laundering. Consequently, the competent services must initiate the procedure for the collection of these amounts, the Committee's conclusion says. 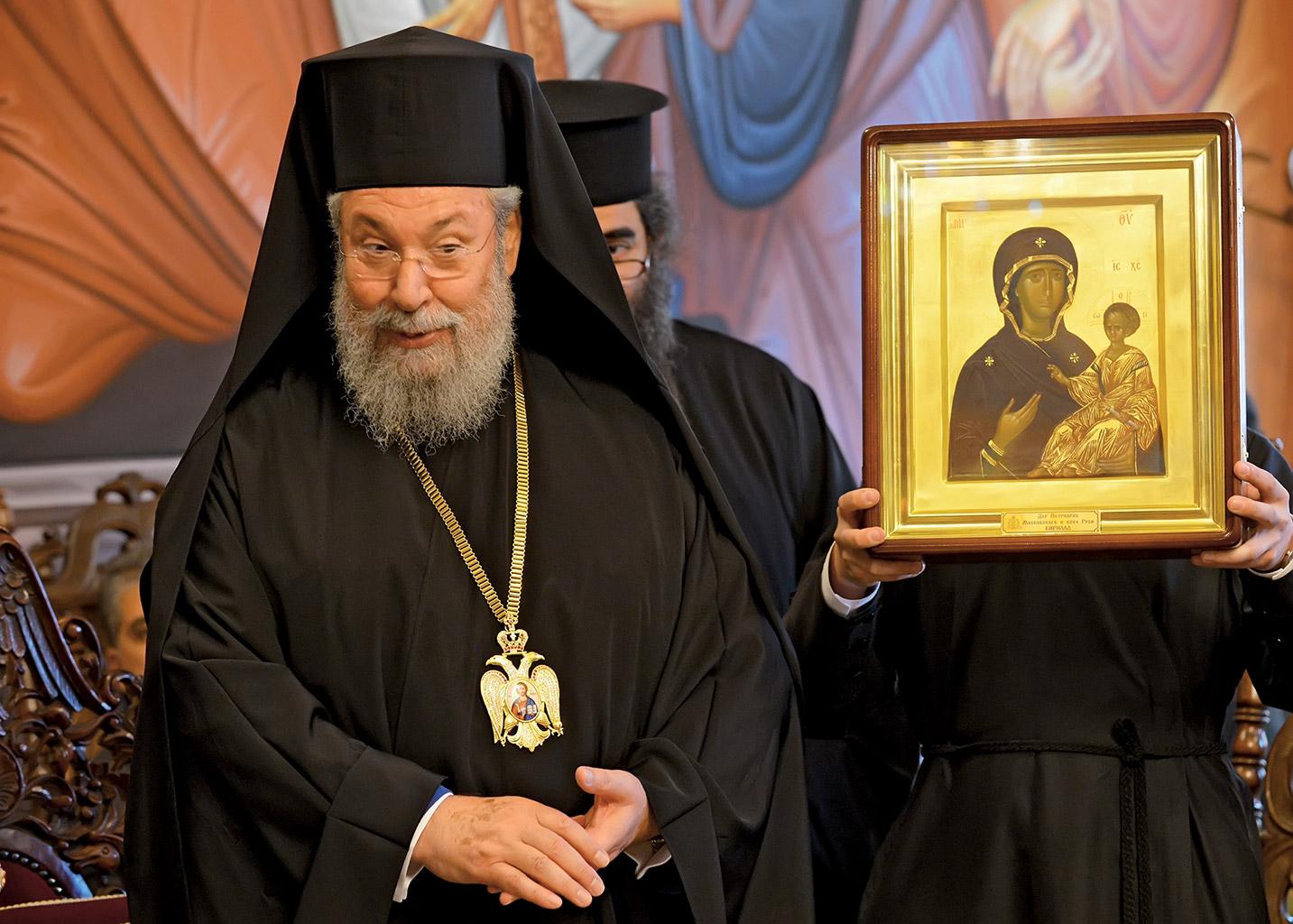 Further, regarding the role of service providers / promoters, the Commission (after examining the passport scheme) found that 41 companies were promoting candidates who were considered high risk.

After examining the files, it emerged that some service providers associated with political figures pressured the Ministry of Internal Affairs, the Ministry of Finance and even the presidential palace to either expedite the application process or promote applicant documents that did not meet the criteria of the investment program.

Moreover, according to members of the Commission, “some professionals, seeking to serve the interests of their clients, may have committed criminal or administrative offenses that should be investigated by law enforcement agencies”.

417 citizenships were granted to high-risk investors (including family members). It is also recommended in the report to review 44 issued citizenships for cancellation.

In addition, the dossier details a specific case where the source of funds deposited with Hellenic Bank on behalf of an applicant seeking citizenship was not tracked, which raises great suspicion. In particular, it is emphasized that the bank employee, a citizen of Greece (whose name is crossed out), does not seem to have exercised due diligence in relation to the source of funds.

[Name edited] has been under investigation since 2012 for money laundering, tax evasion and since 2018 for embezzlement of public funds. In [redacted] 2020 [redacted], the anti-corruption team seized [redacted] cash that they claim was intended to bribe officials to close their investigation [redacted], - an extract from the report is quoted.

On Wednesday, April 28, the Cyprus Ministry of the Interior said that they would comment on the appalling results of the Citizenship by Investment investigation after scrutinizing the interim report presented last week by the Investigative Committee.

The 515 pages of the interim report contain comments and observations, as well as a reference to omissions in the program since its launch, which we intend to study. Guided by our desire to cooperate and provide maximum assistance in the investigation of the Investigative Committee, our department will familiarize themselves with the case materials and will soon give its detailed comments, ”the Cyprus Foreign Ministry said in a written statement. 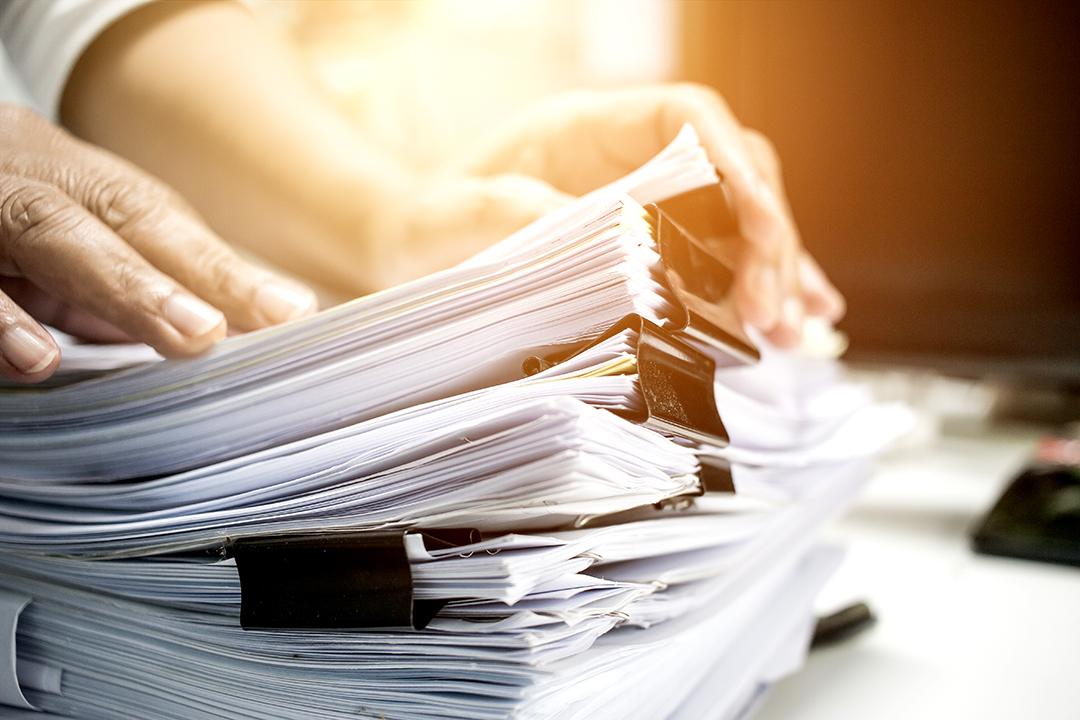 Meanwhile, on Wednesday, one of the main defendants of the scandalous video of the Qatari channel Al Jazeera, Demetres Silloures, appeared before the Investigative Committee.

During the interrogation, the former speaker of parliament asked to exercise his right to silence in order to defend, as he said, his legal rights.

In a written statement he presented to the Commission, Sillouris called the Al Jazeera video footage illegal, which prompted his resignation from office. Sillouris stressed that after the release of the film edited by Al Jazeera, he filed a complaint with the police, to which he never received a response. 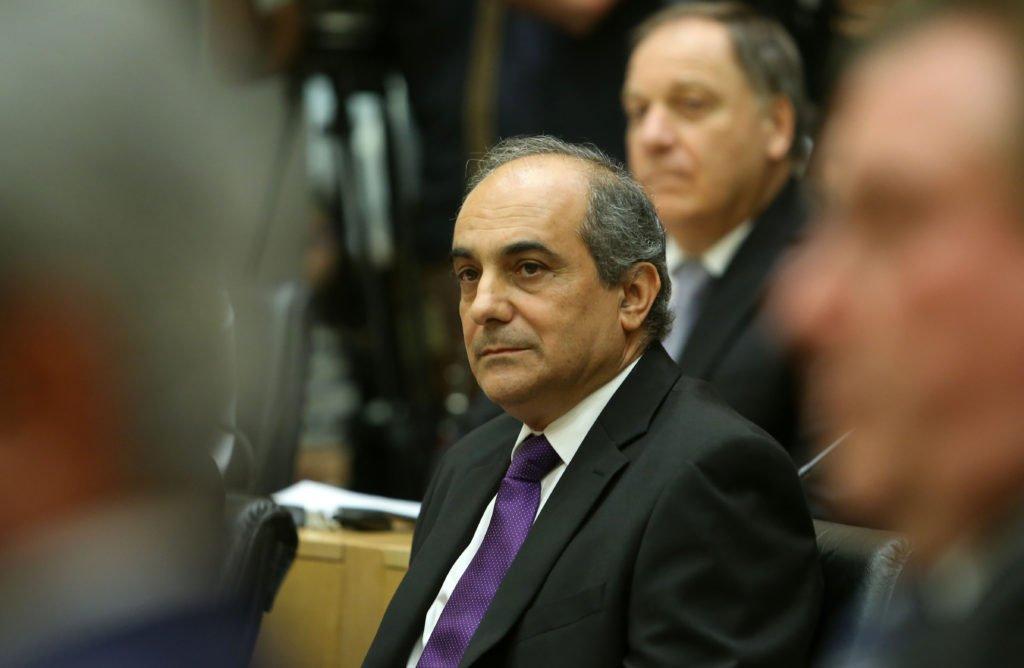 In turn, the chairman of the Investigative Committee Myronas Nikolatos said that the right to silence of suspects and perpetrators is enshrined in the constitution of Cyprus. The suspect or the accused has the right to remain silent regarding the criminal act for which he is being prosecuted.

The Commission of Inquiry is not a judicial body, and you are a suspect or a culprit. Despite the fact that you do not want to answer questions, I will ask you, and your right to decide how to behave, - said Nikolatos

Given Sillouris' statement, the rest of the Committee abstained and did not ask him questions. The meeting was closed soon after.