It's no secret that second citizenship for most millionaires is an attempt to have a second home where they can move in if something happens.

Thanks to an attractive investment program, Cyprus has become such a shelter for many businessmen. The trouble is that the passports for investments program turned out to be a real disaster. According to the program rules, citizenship could only be granted to foreigners with a spotless reputation, but among millionaires, and even more among billionaires, there were few honest investors.

Thursday, October 22. Cyprus continues to resist the strong criticism after the scandalous movie about the Citizenship by Investment program. The situation is escalating. 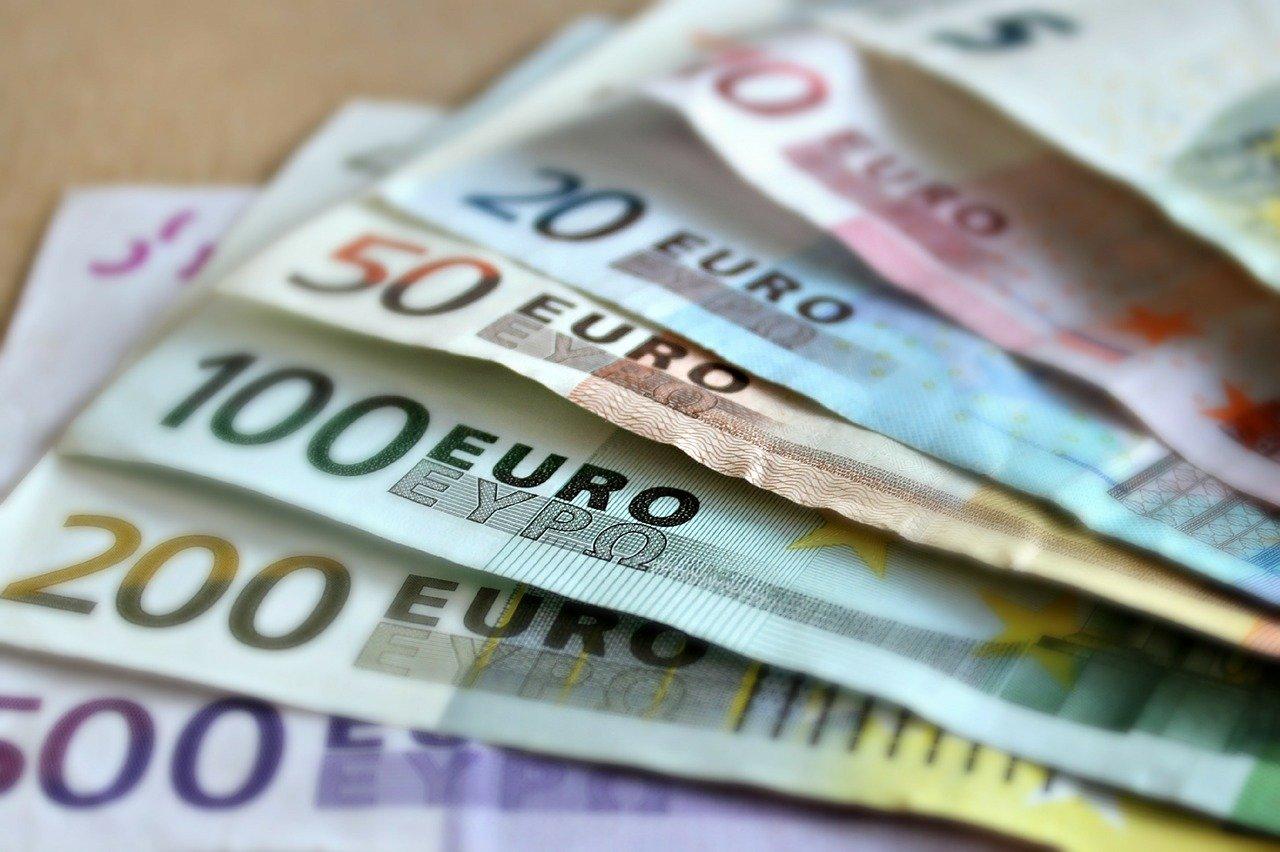 Following the European Commission, Swiss banks have announced that from now they will more thoroughly check the accounts of Cypriot customers.

Requirements for clients who are citizens of Cyprus who originally had citizenship of another country will be tightened. One of the Swiss banks, one of the three largest financial institutions in the country, has already sent out a circular to its branches, in which it recommended to "closely" monitor the accounts of citizens of Cyprus who have citizenship through an investment program.

It should be noted that traditionally, citizens and residents of the EU are automatically classified as low risk and provide a limited amount of documents and information to the bank. They are supposed to be heavily tested in their own countries. However, the report of the Qatari Al Jazeera, from which it follows that the procedures did not meet EU standards, forced the Swiss banks to radically change this point of view.

If earlier banks did not care how their clients obtained EU citizenship, now they are faced with the risk that they will have to pay for the sins of their clients. Accordingly, Swiss financial institutions considered it necessary to reinsure and raise the risk category for Cypriot citizens who received their passports under the Citizenship by Investment program. Thus, now the naturalized Cypriots need to be prepared for the fact that banks can ask them for more documents and information about the source of origin of funds in their accounts. 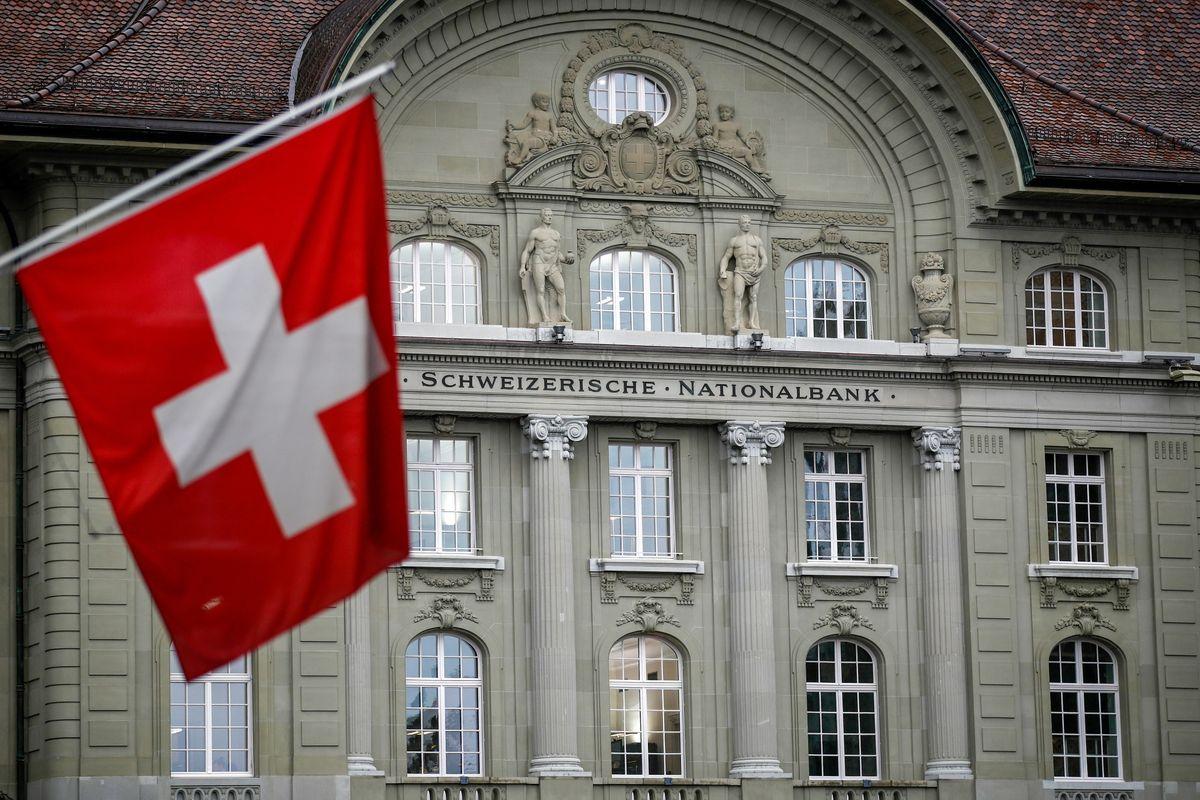 A special independent commission, which was created to examine the "golden passports" issued in the period from 2007 to July 31, 2020, is looking for help from 40 professional specialists such as lawyers, accountants and economists.

One of the commission members Demetra Kalogerou said that such a decision was made in order to finish the ongoing investigation as soon as possible and "restore the country's prestige, as well as restore the confidence of European and international partners and investors."

The hired specialists are expected to work for six weeks, 40 hours a week. At the same time, if necessary, the commission has the right to extend their term of office. The main task of new hires will be to review 16 to 20 investor data files per week, record results, and submit audit reports.

Applicants will be selected according to their professional skills and qualities. One of the main criteria for getting a job will be the absence of any involvement in the program of providing "golden passports", since they will act as independent experts. Applications for participation in the investigation will begin on November 2.

Is the President of Cyprus not involved in the passport scandal?

Nicos Anastasiades said that if his involvement in the golden passport scandal is proven, he is ready to take responsibility and leave his post of head of state.

The harsh reaction of the President of Cyprus was caused by rumors about the forthcoming release of the next part of the video exposing the Qatari edition of Al Jazeera, which supposedly is dedicated to his son.

It is worth noting that the opposition parties have more than once accused the President of Cyprus of corruption. In particular, according to the latest statements by Anastasiades' opponents, the money laundering scheme looked like this: the son-in-law of the leader of Cyprus sold real estate to wealthy foreigners, his daughters were engaged in the preparation of documents for citizenship, and the president, using his official position, helped to look for clients and quickly issue passports to applicants who bought real estate and paid for services through this family business.

Of course, Anastasiades fundamentally disagrees with this accusation. According to the president, this is nothing more than an attempt to create a false impression and discredit his good name. Anastasiades stressed that his son-in-law's company existed and functioned successfully long before he entered the president's family, so marrying his daughter is not a reason to quit the business in which he is a pro and become unemployed due to ridiculous rumors. Responding to allegations of involvement in the corruption schemes of the firm Chr. Anastasiades, run by his daughters, the president said they only own 50% of the shares. And he called the attempt to undermine the credibility of the company psychedelic and dishonest.

At the same time, Anastasiades accused the parliament of the hierarchy, which is observed when voting for bills related to corruption. In addition, Anastasiades announced his readiness to fight corruption until the expiration of his term of office.

'Criticism is good, I welcome it. When the opposition works creatively, it is easier to work. If nihilistically, it does not bring benefits, but creates a bad reputation,' the president emphasized.

Referring to the Cyprus naturalization program, Nikos Anastasiades noted that it has made a huge contribution to the country's economy and helped create thousands of jobs, especially after the 2013 financial crisis. At the same time, the President stressed that Cyprus is a country without big industry. The island survives because of tourism, cargo transportation, legal and accounting services. Therefore, the Citizenship by Investment program has become a salvation for Cyprus in difficult times. 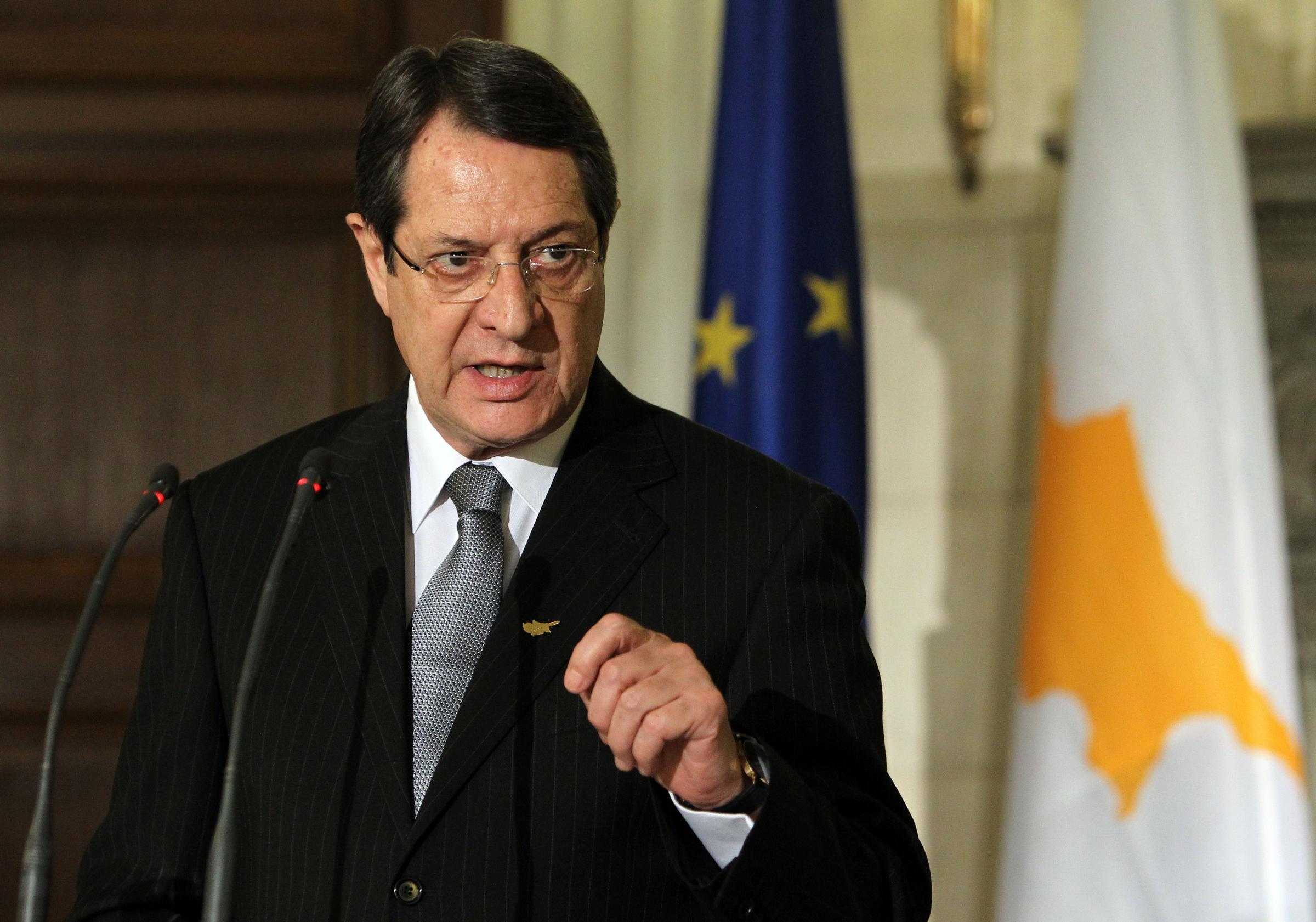 The Green Party proposed to dissolve the Parliament ahead of schedule

The Green Party, together with the independent MP Anna Theologou, was offered to dissolve the Parliament of Cyprus ahead of schedule. They also called on the government to step down.

According to the Greens, these proposals are caused by the reaction of the people to the golden passports scandal. The scandal caused a violent reaction from society. The consequence was the resignation of the speaker of parliament Demetris Syllouris and the AKEL deputy Christakis Giovanis.

The Greens are confident that the Cabinet of Ministers has miserably failed in the implementation of an investment program that could really help the economy development. In their opinion, the responsibility of the government is obvious. 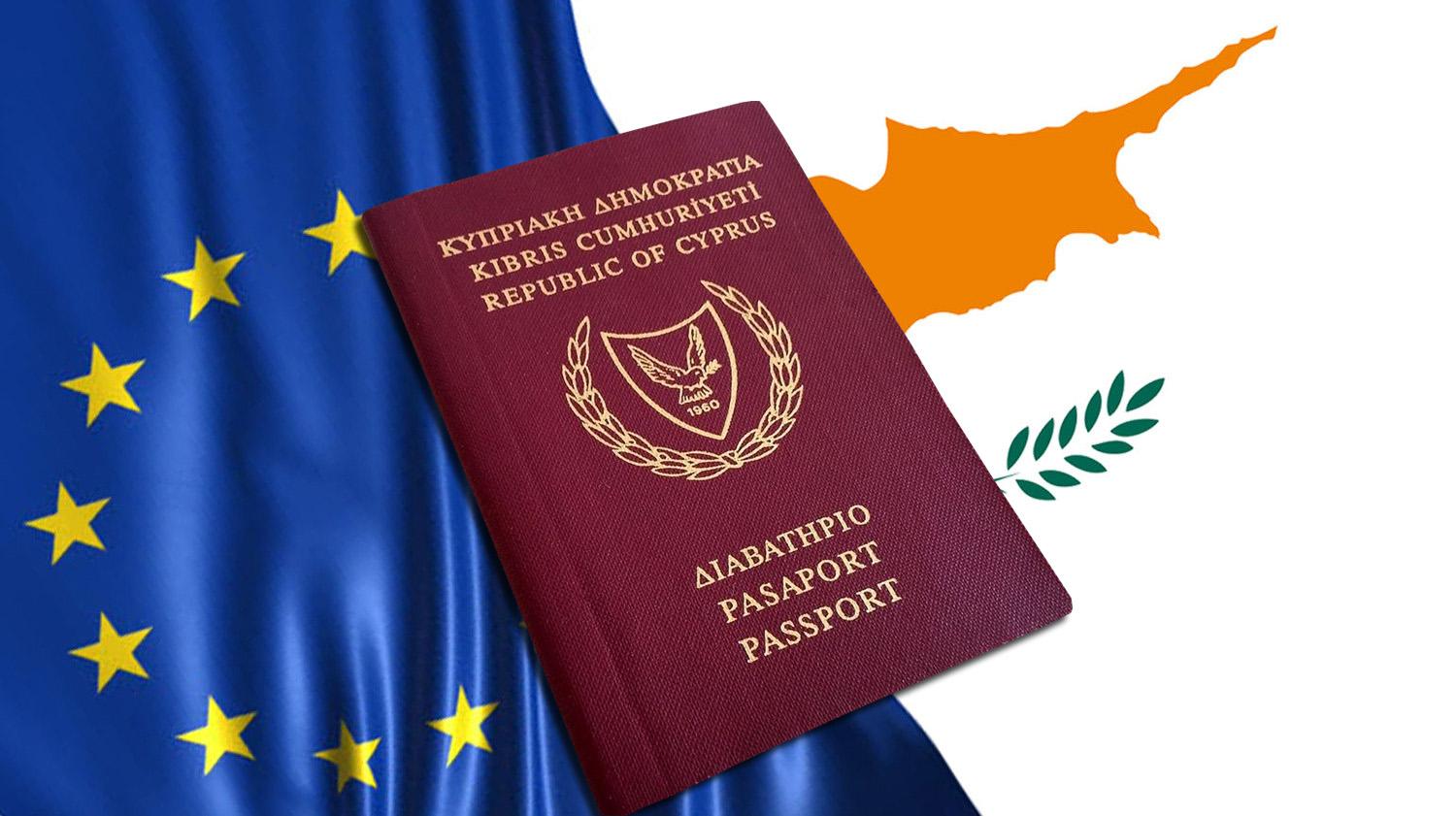 The Cyprus Citizenship by Investment (CBI) program was first launched in 2007.

First, it was required to invest EUR 15 million, then the 'price' was reduced to EUR 5 million, after the events of 2013 it was decided to grant citizenship to all those who lost more than EUR 3 million during the "haircut". Since 2016, investors who have invested €2,500,000 in the country's economy have been able to obtain citizenship of the Republic of Cyprus.

As a result, over seven years, foreigners were issued about four thousand passports, and the total amount of investments attracted under this program exceeded EUR 9 billion.

The program got into big troubles in August 2020, when Al Jazeera released a large-scale investigation in which it named the holders of 2,500 golden passports (40% of them were Russians) and pointed out the criminal origin of many of them. The Cypriot authorities rejected this information. And in response, they received another video, where journalists from Al Jazeera uncovered a scheme in which, according to them, high-ranking Cypriot politicians, lawyers and developers were involved.

The shocking revelation prompted the country's government to decide to suspend the Citizenship by Investment program in its current form, since November 1, 2020. In addition, the European Commission has launched an investigation of the sale of European citizenship. If the illegality of the issued passports is proven, then the EU may impose sanctions against Cyprus.