On Thursday, April 15, a meeting of the Cyprus Parliament took place.

During a meeting of officials, Interior Minister Nicos Nouris acknowledged that five foreign investors associated with the Ayia Napa Marina project had received Cypriot passports despite the fact they did not meet the financial criteria of the Citizenship by Investment (CBI) scheme.

As it turns out, the Chamber's Oversight Committee has carefully studied a special report by the Auditor General, which was released last month. According to the conclusion of Odysseas Michaelides, the applications of five foreign investors were accepted for consideration, although they did not act as directors of the developer company for six months prior to the filing of the application for citizenship, as required by law.

In other words, the documents were submitted in April and May 2019, at that time they were not yet eligible to apply for citizenship. However, in August 2020, the Cabinet of Ministers, acting on the basis of a legal opinion provided by the Prosecutor General, approved their applications.

In addition, the applications were processed by the law firm of President Nicos Anastasiades, which gave the case a highly political connotation, and Anastasiades also presided over the Cabinet of Ministers, which approved applications for citizenship under the CBI.

Nouris noted that when the Cabinet of Ministers decided to provide passports to these five foreign investors, then everything was in order with their statements, except for one, in which there were questions on a certificate from the director of the company. 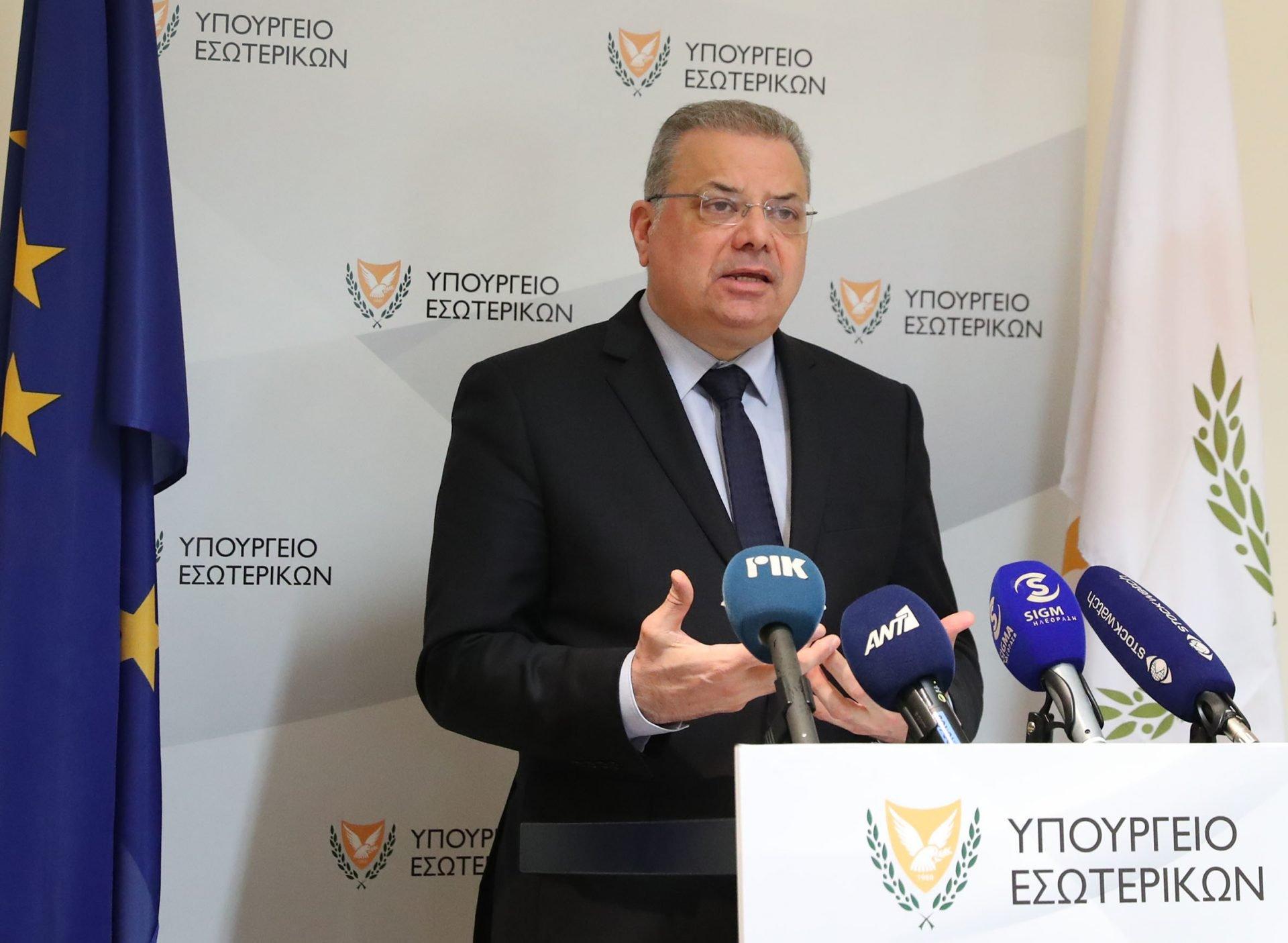 Nouris stressed that these individuals did not meet the financial criteria.

However, the Treasury Department decided that they deserved to be naturalized as the marina was considered a major investment that would benefit the public interest.

Nouris did not deny that the government made some concessions. At the same time, he recalled that sometimes decisions must be made in the interests of society. By the way, a similar approach was used in relation to naturalization granted in connection with the project of a new casino in Limassol.

It should be noted that the meeting of the Parliament turned out to be very tense.

At some point, Attorney General Giorgos Savvides turned to Michaelides, directly accusing him of undermining the institution of his office. He said that from the moment he [Savvides] became attorney general, Michaelides began a campaign against him, “flaunting everything on television” and denigrating his authority.

'You said that you respect the attorney general, but these are just empty words, because in practice you have never done this,' Savvides said.

Savvides then entered into a debate with Diko leader and Nicholas Papadopoulos, after the latter asked for clarification as to when exactly the six-month countdown begins. Savvides took offense at the question and said that Papadopoulos wanted to drag him into Diko's election game before the May legislative elections. 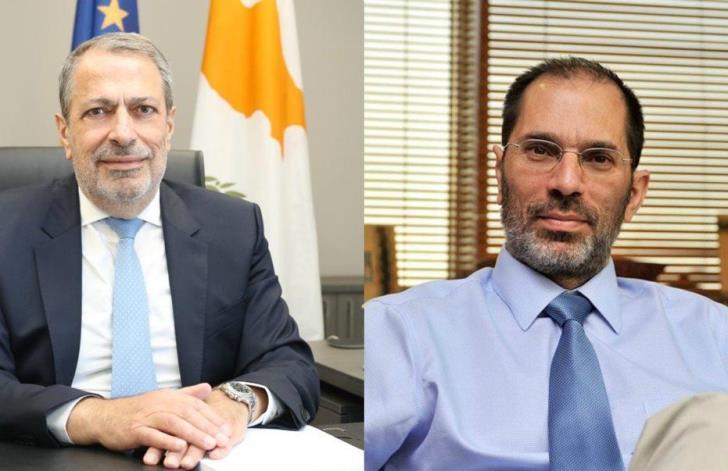 After leaving the meeting, the Minister of Internal Affairs told the media that in fact the auditor general wants to undermine the authority of President Anastasiades.

Asked whether the government is still considering filing a complaint against the auditor general with the supreme court for inappropriate behavior, Nouris said that it depended on the decision of the attorney general.

In the meantime, it became known that the interim report, which had been prepared for several months by the Investigative Committee, headed by the former chairman of the Supreme Court, Myron Nikolatos, is full of criminal offenses, as well as many other disciplinary and administrative offenses.

On Friday, April 16, a folder with documents on the golden passports case was handed over to the Attorney General of Cyprus. In total, the Committee examined more than 4 thousand naturalizations.

The main part of the interim report consists of 500 pages, as well as about 4 thousand other pages, which are part of the attachments related to high risk cases.

It must be said that the proof of the commission of criminal or other offenses falls under the absolute jurisdiction of the Attorney General of Cyprus in accordance with Article 113.2 of the Constitution. This gives him the right to initiate, conduct, intervene or interrupt any procedure or order the prosecution of any person in the country for any crime.

The report identifies about 50 cases that are expected to be referred to the investigating authorities on behalf of the attorney general. The Investigative Committee also identified weaknesses in updating information for high-risk investors.

In the event of administrative errors or omissions, these will all be taken into account by the relevant supervisory authorities to take action to determine whether due diligence has been carried out in relation to money laundering legislation or legal procedures. 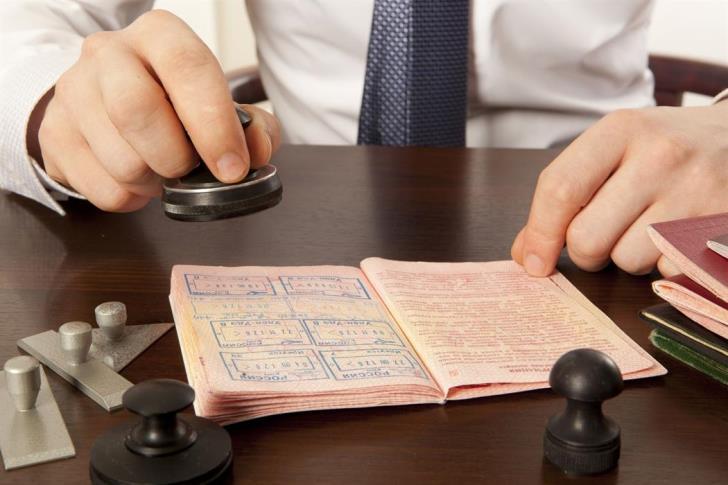 In addition to all of the above, the Department of Taxation has launched an investigation into large entrepreneurs engaged in construction in Cyprus, who were associated with the country's investment program.

Tax inspector Yannis Tsagaris said that the audit is now concentrated in the Limassol area, where there have been many real estate transactions related to naturalization.

For the first 40 inspections of suppliers, the tax department is already preparing a mailing of letters. In particular, the study focuses on the suppliers who naturalized the most foreign investors. They represent 80% of all suppliers, accounting for 78% of total sales.

During the first inspections of suppliers, the tax department revealed violations, for which appropriate fines and requirements to pay taxes will be issued.

Regarding the introduction of a reduced VAT rate on the purchase and sale of villas by investors, in the context of the Cyprus Investment Program, the tax inspector said that they were not hiding anything from the European Commission. According to his words, he prepared a note that was sent to the EC. It states how they started to use 5% VAT on the first 200 m2.

Finally, Akel MP Irene Charalambidou expressed concern about the correct using of 5% VAT, as the European Commission was not aware of the 2016 amendment, as stated in the Audit Office's report. Auditor General Odisseas Michaelides also noted that the EU did not know about the change in legislation regarding the maximum area, and said that his department would once again study everything and return to discussing this issue.