Cyprus Citizenship: How it all started?

Since its implementation, to attract some foreign investors, who would make direct investments in Cyprus but would also use it as a base for their businesses. The program has changed ten times. Most recently, last August, when the amendments to the law and the regulations voted by the Parliament in July came into force.

Over time, the economic criteria for investing in real estate, development, and infrastructure projects required by the state to grant Cypriot citizenship and European citizenship have relaxed.

As recorded in the Auditor General report for naturalizations, from € 25 000 000, which was 13 years ago, the number of investments that the investor from a third country had to make in Cyprus today to obtain Cypriot citizenship it is enough to invest just € 2 000 000.

Also, in the initial stages of the program, investors were alternatively required to maintain deposits above € 17 000 000 in Cyprus' banking institutions. It should be noted that, until 2011-12, due to the high-interest rates offered by Cypriot banks for deposits,

Many foreign millionaires transferred their money to the island free of charge while also securing a Cypriot-European passport. Of course, this choice cost them in 2013 the haircut of deposits in several of them. By 2012, it had been naturalized 141 foreign investors. 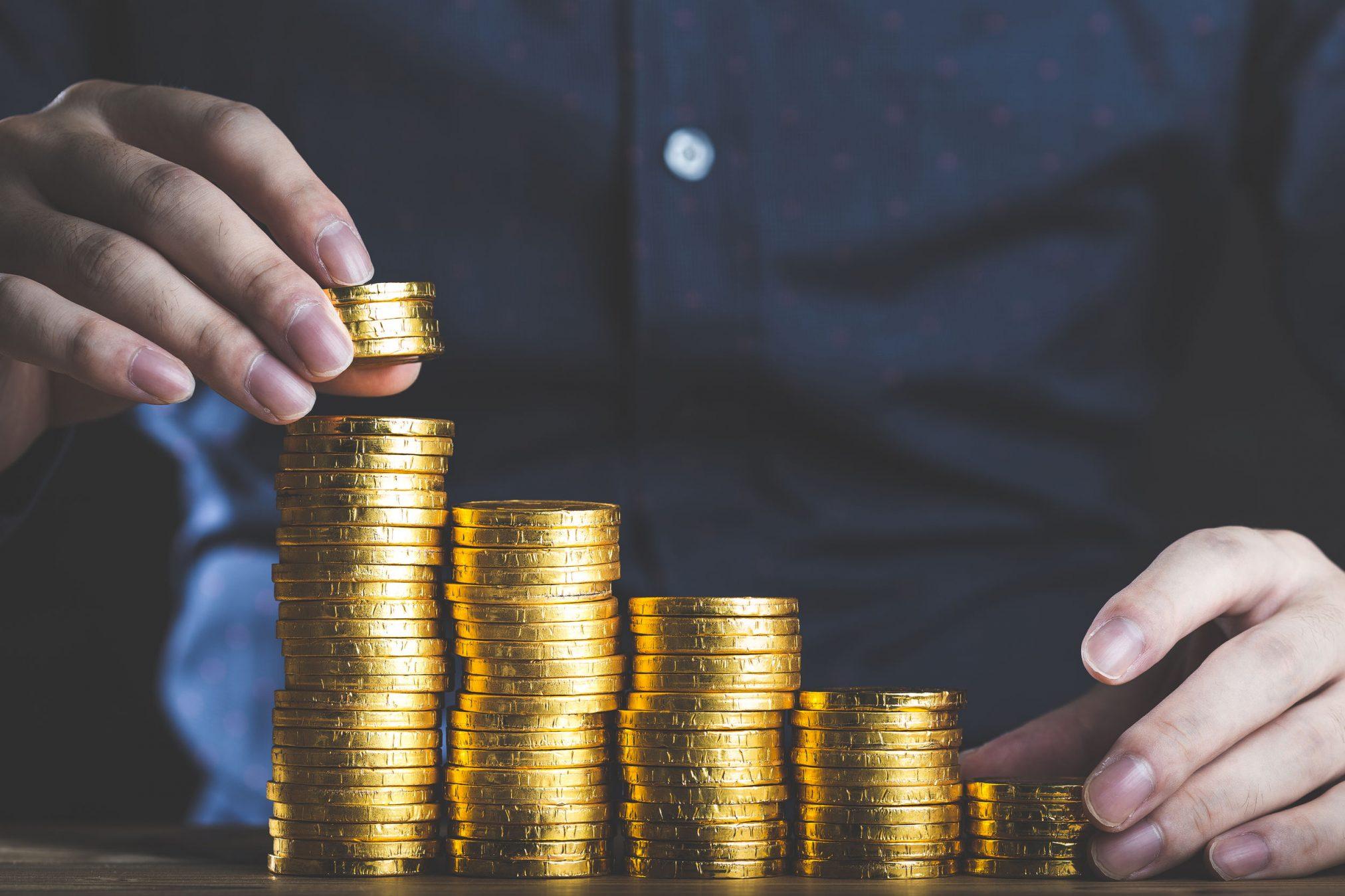 However, as foreign investor naturalization eased as the financial conditions eased, the state gradually introduced some legal safeguards to tighten controls over investors and shut the mouths of protesters in Brussels.

In international organizations but also in foreign media. The gradual strengthening of the legal naturalization criteria and the simultaneous relaxation of the economic standards are highlighted in its report published on Thursday by the Audit Office.

The report concerns a sample investigation carried out by the service in five files, following the uproar caused internationally by Al Jazeera reports. However, it turns out, despite the strengthening of controls. 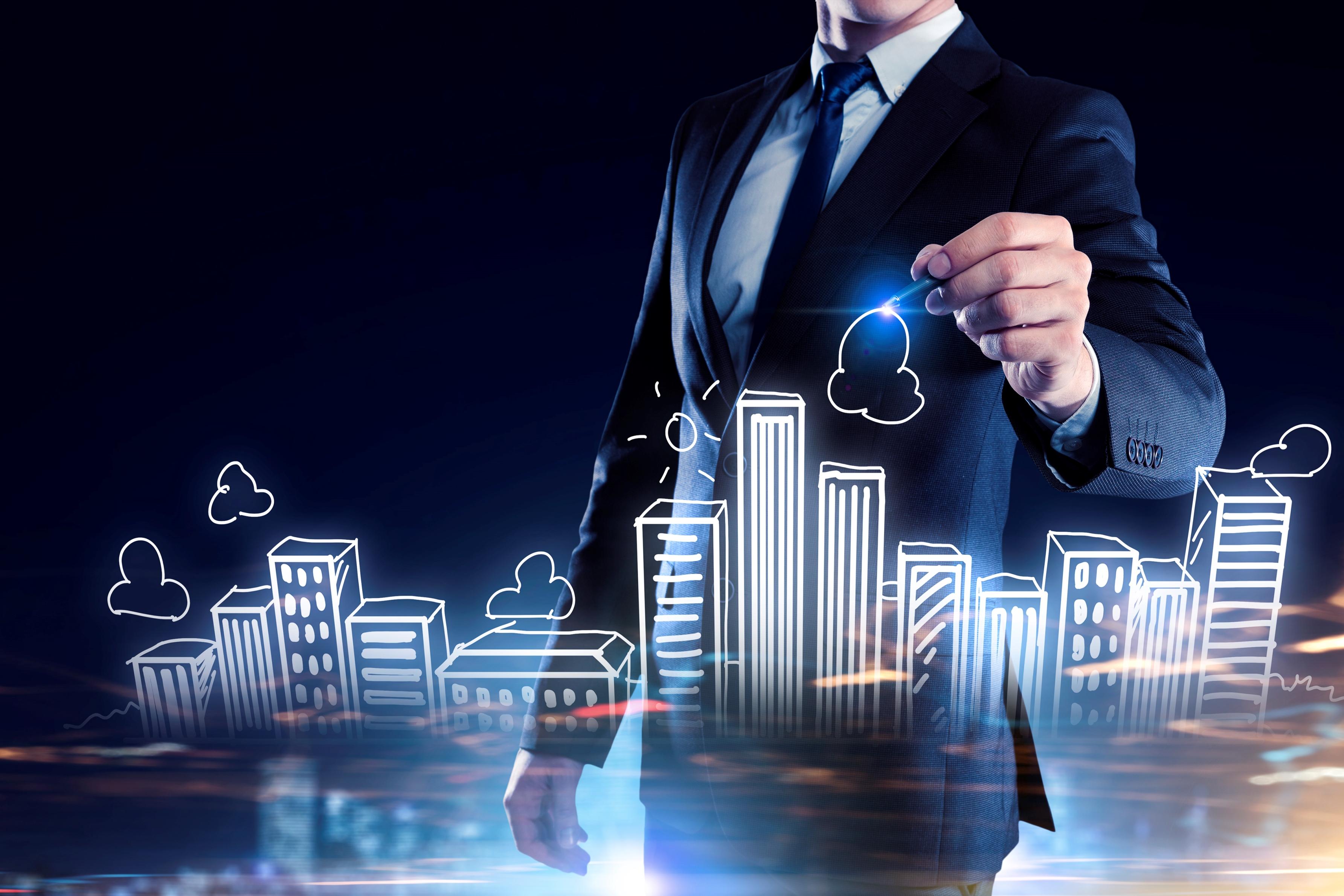 The report of the Audit Office presents the main stations of the investment program, which was not even called that at first.

In 2007, under the government of Tassos Papadopoulos, the Council of Ministers, within the framework of measures to encourage foreign direct investment and attract high-income individuals, to establish and operate in Cyprus, began granting citizenship. At that stage, however, Cypriot citizenship was granted in very exceptional cases of "providing the highest level of services to the Republic". The investor had to make investments amounting to € 25 000 000 or have deposits in the banks of Cyprus, amounting to € 17 000 000. A necessary condition was that the interested parties buy a permanent private house on the island. In this way, the construction industry was strengthened, but the bubble in real estate prices was created or increased.

Simultaneously, the interested parties had to buy or build a house worth € 500 000. For the first time, it was decided -in force in 2011- the naturalization of the investor spouse and the dependent children until 28 years. 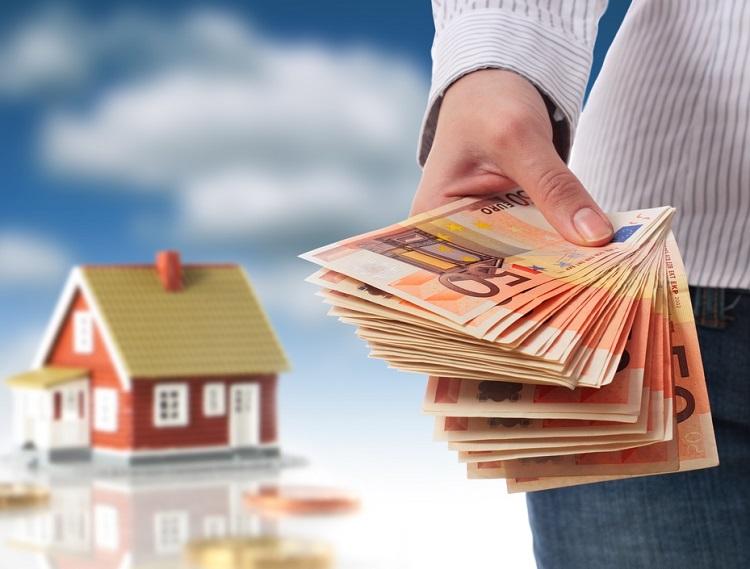 The changes after the haircut

During the deep economic crisis (2013-2014) and the implementation of the fiscal adjustment memorandum, the program changed four times. The state was burning to secure money, and the economy was demanding liquidity so that the investment criteria for the massive attraction of foreign investors were further relaxed.

The start was made on April 16, 2013, about a month after the deposit cut. The number of required investments decreased to € 5 000 000 and deposits to € 3 000 000. That is, the number of deposits within six years decreased by 75%. The criteria of the previous honest life and the permanent residence of € 500 000 were also maintained. At the same time, provision was included for the naturalization of the investor's spouse.

Two weeks later, on April 30, 2013, a new change in the naturalization program followed. Specifically, the legal basis changed, as a bill was passed by Parliament, which now gave the Council of Ministers the power to naturalize foreign business people and investors. Until then, naturalizations concerned cases of "providing the highest level of services to the Republic." 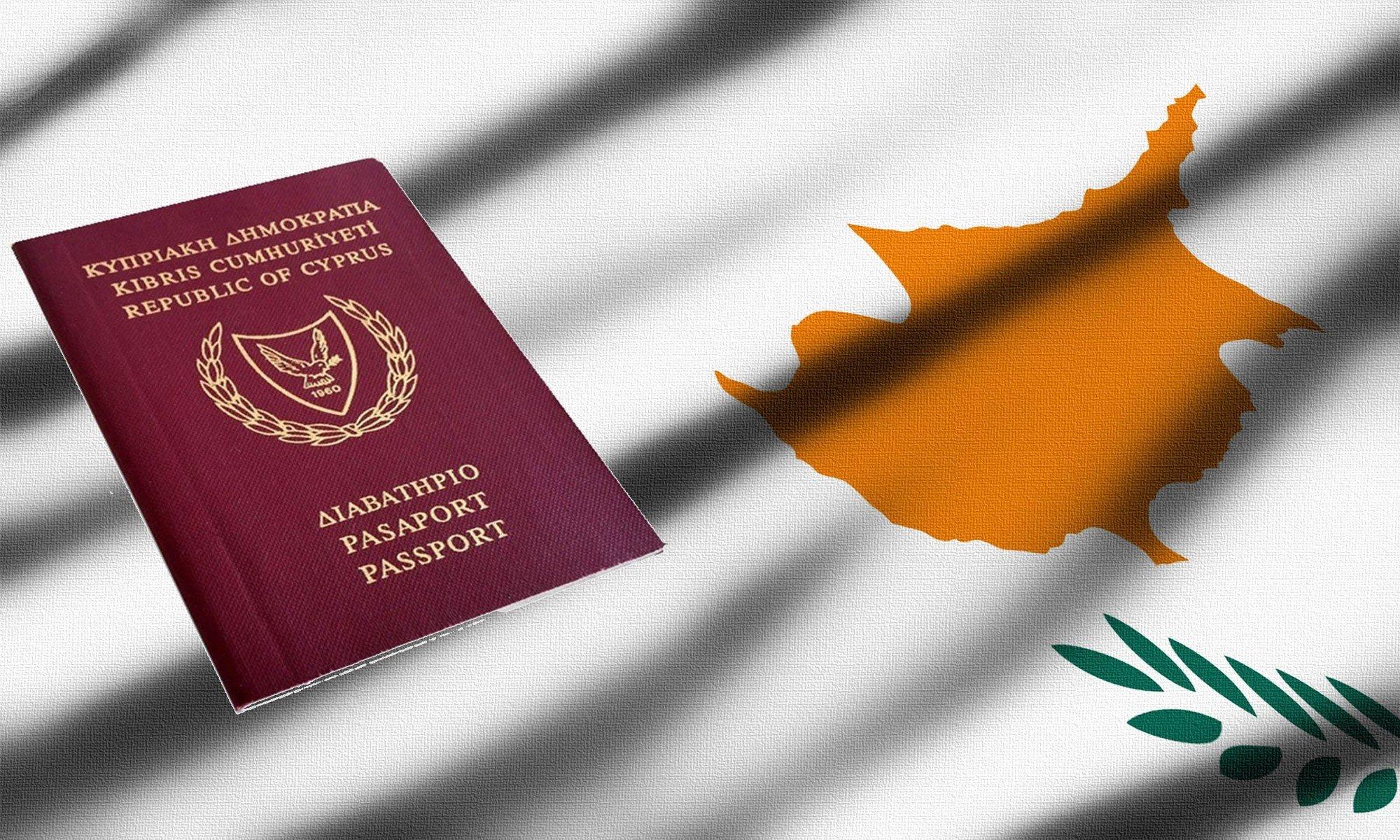 In less than a month, the Council of Ministers decided to further relax the investment criteria by introducing the group real estate purchase plan. Following this decision, the amount of investment was reduced to € 2 000 000. It was even extended by a decision of the Council of Ministers - and without the provision of legislation - and the naturalization of relatives, to include adult dependent children up to 28 years.

On March 19, 2014, the Minister changed his decision again, further relaxing the investment criteria. Based on the decisions taken, the beneficiaries for naturalization included the directors of the companies, when they generated tax revenues in the Republic of at least € 100 000 for three years.

In September 2016, the Council of Ministers opened the window for the naturalization of other foreigners. In particular, it extended the provision for the naturalization of relatives, including the investor's parents, meaning that they are the owners of a permanent private house, which may be shared with the investor if it is more than € 1 000 000.

In May 2018, the Council of Ministers strengthened the legal criteria' controls after the country was broadcast internationally. In the control of the previous life, the due diligence research was added. The register of naturalization service providers was also created, while the code of conduct was introduced. There was a ceiling on naturalizations, which could not exceed 700 per year. The program included another relaxation in the financial criteria, with reference to properties under construction, ie, the investor could make investments in buildings that were not completed. 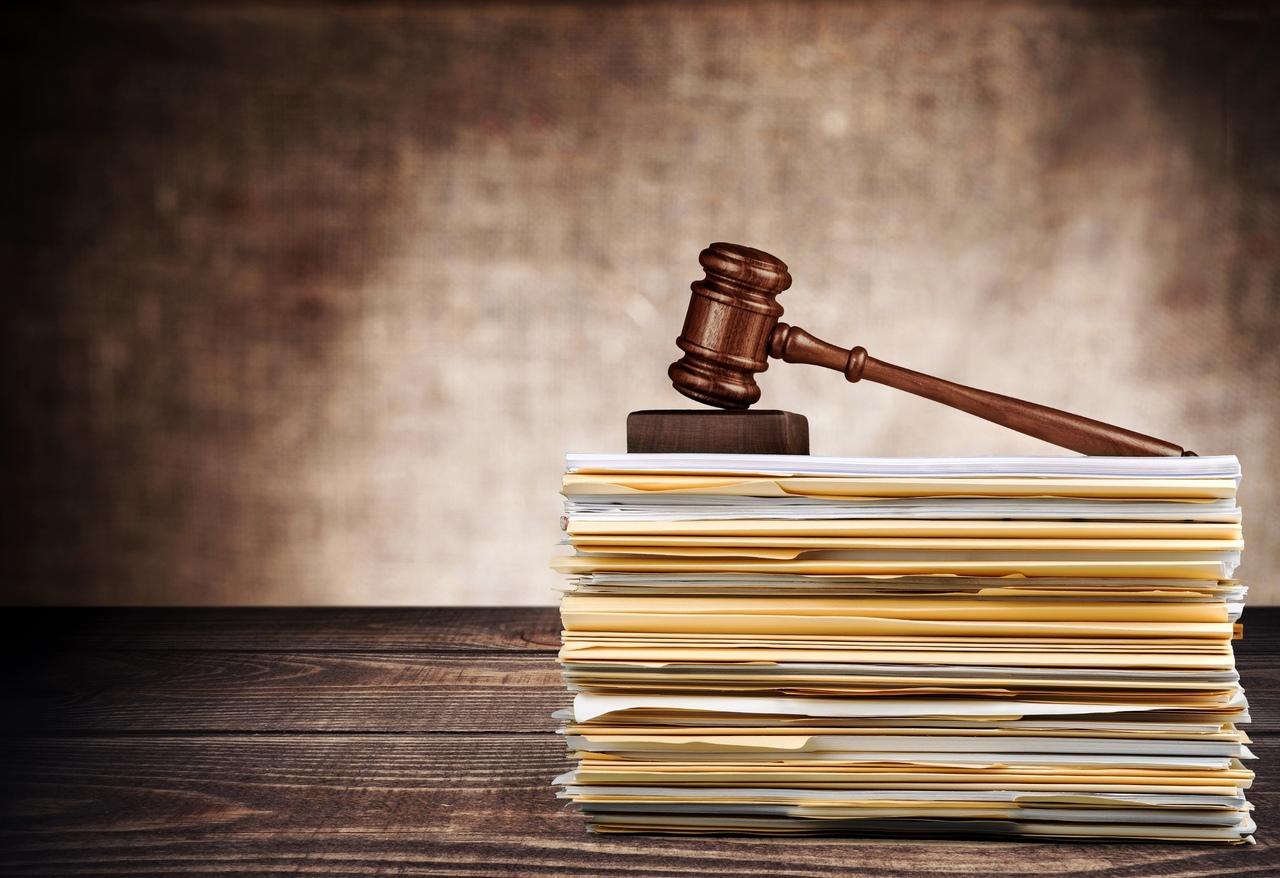 In February 2019, the Council of Ministers made new changes to the program. It decided to tighten control over the former honest life by introducing the current Schengen visa. In July of the same year, the control became stricter, and the naturalization of politically exposed persons (PEP) was banned. Besides, the period for foreigners to maintain investments was increased from three to five years. According to which investors, in parallel with the investments, a provision was also included to make a fee € 75 000 to the Cyprus Land Development Organization and to the Research and Innovation Foundation.

Just a month ago, the last changes.

The last modification of the program took place last August, after adopting bills and regulations by the Parliament. With the new rules, two essential changes occur: one concerns the procedures for issuing passports from now on and the second that with the new provisions of the legislation, the way is opened for revoking visas by investors for whom the Council of Ministers took a relevant decision. Simultaneously, the naturalization of an investor will be allowed if the investment is not made by him/her but by his / her spouse. The amount of contribution to KOAG, the Foundation for Research and Innovation, or the Renewable Energy Fund increases from € 75 000 to € 100 000. The contribution of € 100 000 to the National Solidarity Fund was added.

This is what the Government and the Parliament must-see.

The conclusions section of the Auditor General's report states that in addition to the issues of accountability and possible revocation of naturalizations, which should be considered by the Independent Citizenship Deprivation Examination Committee and the issues that, depending on the case, should be considered by the Department. Taxation, MOKAS or the Central Bank of Cyprus, the following significant weaknesses of the program have been identified, which should be addressed by the executive and the legislature:

* The alteration of the program's nature with the introduction, legally now from August 2020, of the possibility of naturalization of members of the investor's family, without substantial economic benefit for the Republic.

* The absence of appropriate mechanisms that would ensure the state's transparency and tax revenues regarding the fees of Service Providers.

* The inability to monitor and the enormous administrative burden due to the program's ease for investments in properties under construction.

* The absence of adequate control mechanisms would reduce the possibility of fictitious investments or early abandonment.