Benefits of living and doing business in Larnaca

Larnaca is a small port city on the south coast of the island of Aphrodite. Life here is a pleasure. But not many people decide to start a business here.

It's time to clear your doubts. In this blog, we will learn all the advantages of this ancient city. So, at the end of the material, you will definitely think about starting your own business in the city of Larnaca.

Larnaca is one of the six cities in Cyprus. At the same time, the population is only 154 thousand people, if we include the municipalities of Aradippou, Pervolia, Meneou and Kiti, as well as Livadia, Oroklini and Pyla. Together they form a city with a developed infrastructure and a variety of sandy beaches. To the west of Larnaca is the large financial center of Limassol, and to the north is the capital Nicosia. 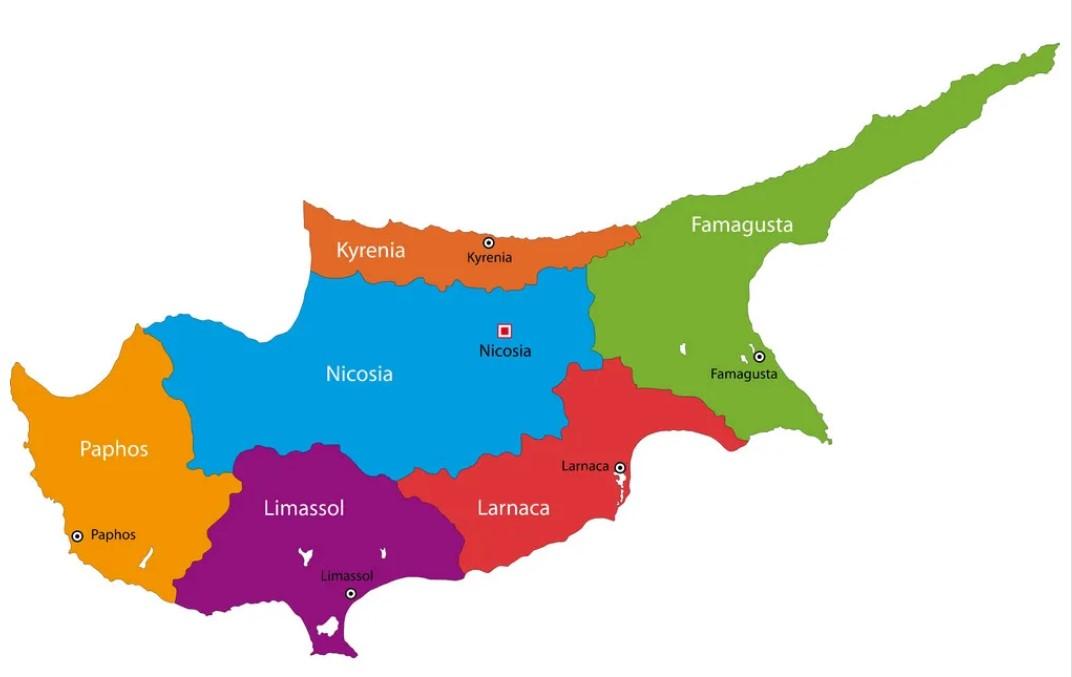 The beaches of Larnaca have the Blue Flag, the European standard for cleanliness and quality. They are mostly sandy, with a gentle entrance to the sea. There are many local and chain restaurants along the city's main waterfront, as well as coffee shops and water sports equipment rentals.

The historical city center can be explored on foot in just one hour. This is Finikoudes promenade, several picturesque streets nearby, the new marina and the Mackenzie area with a number of restaurants and bars right on the seashore. Museums of Larnaca will tell about the history of the island, the customs and traditions of the locals in different historical eras, as well as introduce the art of Cypriot and Greek artists.

An important advantage of the ancient city of Cyprus is the presence of the main airport of the island and a major seaport, which ensures the city's continued popularity and stable infrastructure development.

This is one of the most attractive Cypriot cities for investors, in the business center of which there are many offices of local and international companies.

The city has a multicultural community. Of the 154,000 people, 125,000 Cypriots and 29,000 foreigners. Christians, Muslims, Judaists, Hindus and Buddhists, and simply lovers of the sea and the sun live nearby. Their children attend public and private schools, as well as educational centers of individual diasporas.

In the tourist and business districts, you can hear several languages at one place. But if you need to ask something, you can safely use English, almost everyone here understands it. But do not forget that the official language is Greek. And it would be nice to learn it too.

In Larnaca, you can often hear Russian as well. And not only during the tourist season. Why? During the Soviet era, many Cypriots got their higher education in Moscow, and many returned home with Russian wives, or at least a solid knowledge of the Russian language. Russian culture has taken root well in Cyprus, especially ballet, theater and, of course, Russian cuisine.

So, about 20 years ago, many people from Russia and the other Post Soviet countries moved to Cyprus, so the Russian language is now very common here, especially in Limassol and Larnaca. Open Municipal School, which can be entered by any resident of the city, has "Russian for foreigners" lessons.

Much later, when Cyprus recovered from the crisis of 2013, and Russia began to have its first sanctions, immigrants from Russia again went to Cyprus. They were attracted by many advantages, such as a soft tax system.

In the spring of 2022, there was a new wave of immigrants. These were businessmen, as well as employees of large financial and ΙΤ-companies. Thus new 'knowledge' and 'experience' came to the island, as well as modern services.

How much does it cost to live in Larnaca

The first thing that is noted when talking about life in Larnaca is its accessibility and the atmosphere of tranquility.

There are almost no traffic jams here. Only a small one at 7 am, at 1 pm and around 6 pm, when it becomes a little difficult to cross the road or find a free parking space in the city center.

Real estate in Larnaca is much cheaper than in Limassol. According to the DOM real estate database, the cheapest offer for today is estimated at 75,000 euros. This is a 2 bedroom sea views apartment (​​95 m2) in a promising Harbor area just 500 meters from the sea.

You can buy a residential plot for at least 89 thousand euros (+ VAT). This is a seaview land in a quiet area of Pervolia, with an area of 557 m2.

You can buy a 1-bedroom apartment in a new building in Larnaca for at least 98 thousand euros. This is an apartment with a total area of 61 m2 on the ground floor in a remote area of ​​Tersefanou. 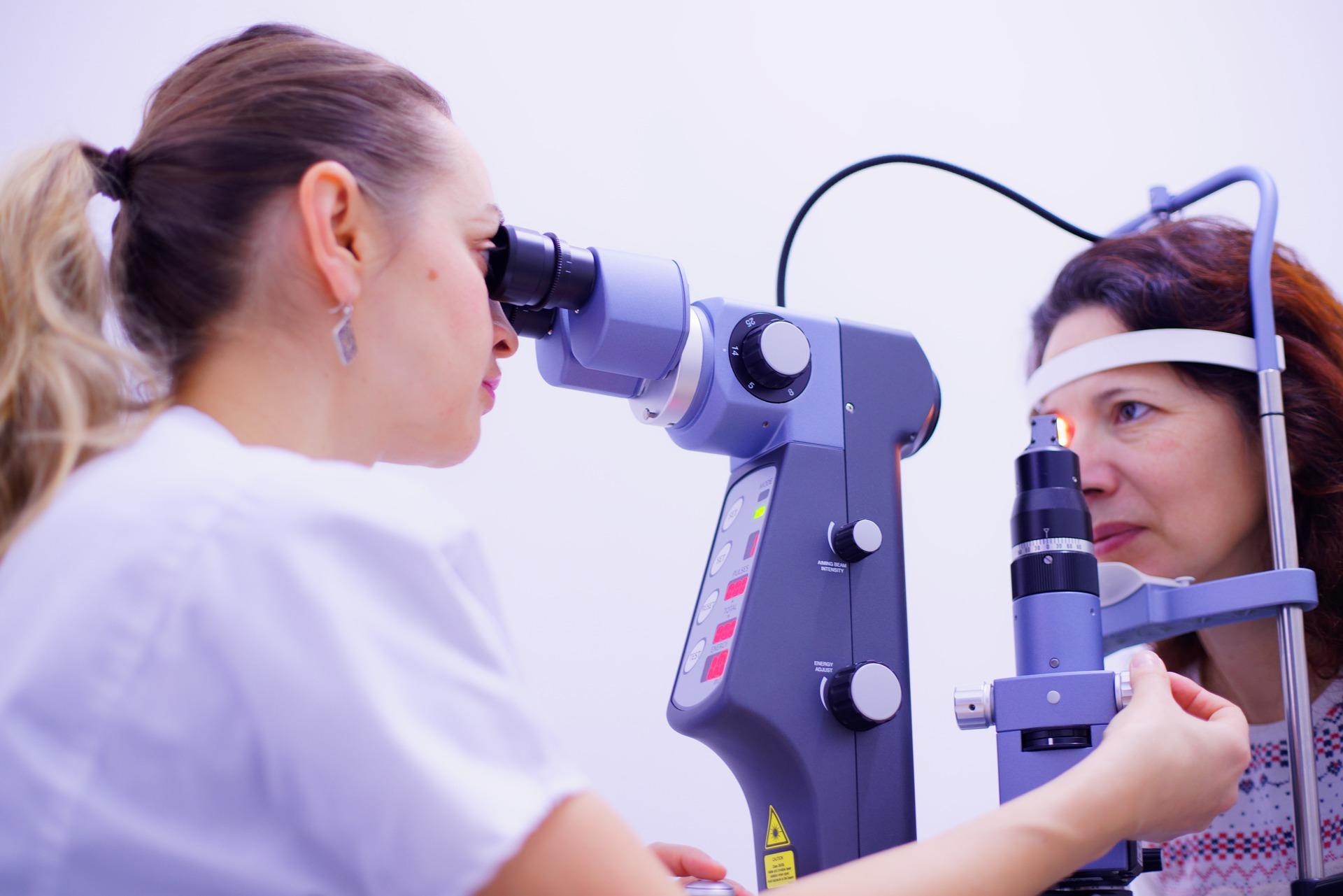 An appointment with a pediatrician costs 30-50 euros, a therapist or another specialist is 50 euros. The cost of babysitting and cleaning services in Larnaca varies from 5 to 10 euros per hour. A visit to a hairdresser for men is 10 euros, and for women 30 euros.

Benefits of doing business in Larnaca

Few people consider Larnaca as a place to start a business or relocate it. The city is small, the traffic is low, the locals are used to buying services and goods from trusted "cousins" and, in general, are not used to overspending, they live modestly.

But what if the above is not an obstacle for a new business? The friendly tax system of Cyprus works the same way anywhere in the country. In addition, Larnaca has a number of important advantages. 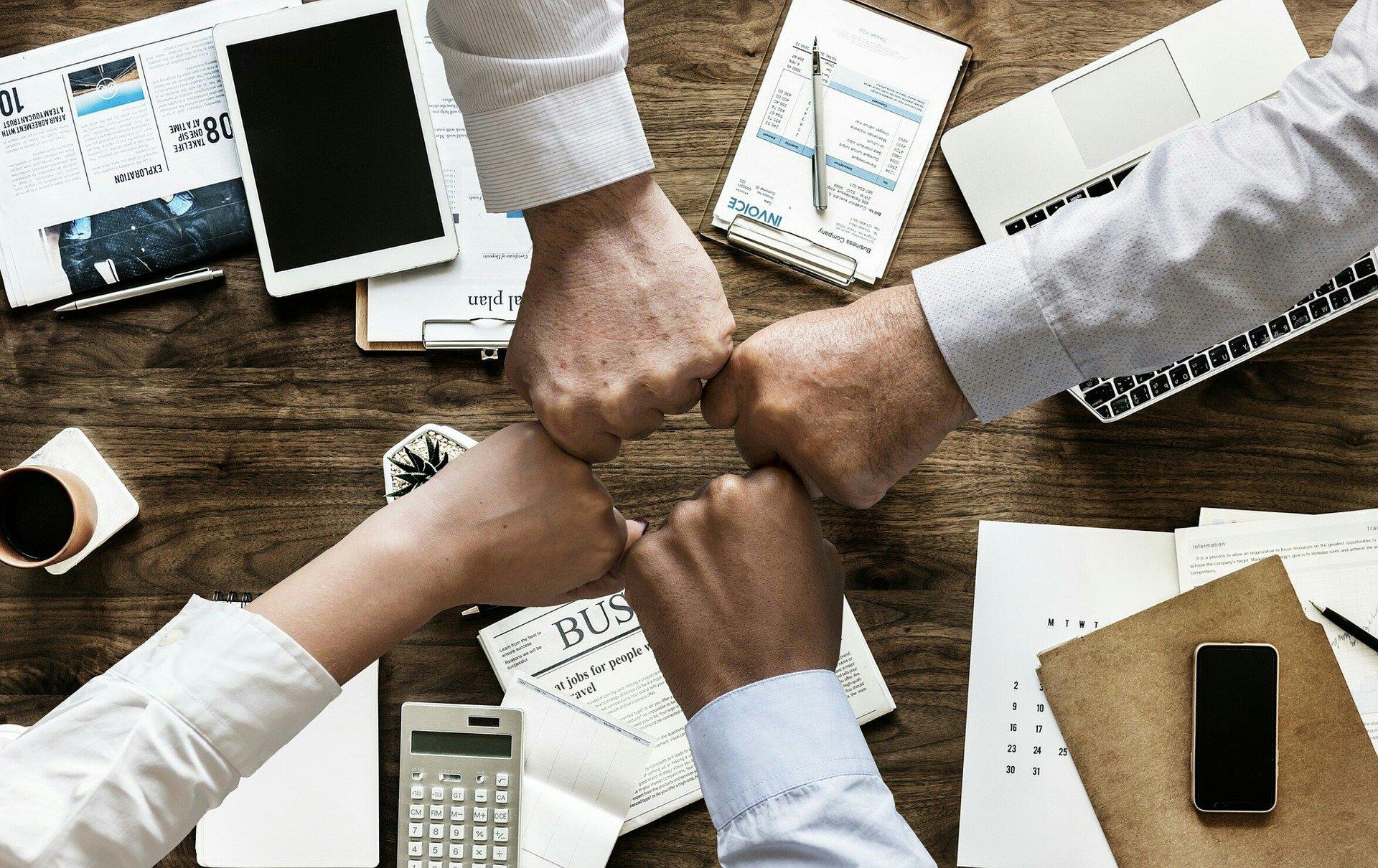 Acceptable prices for the purchase and rental of real estate

Today, renting or buying an office in Larnaca is much cheaper than in neighboring Limassol. This also applies to plots of land, which is important when creating large-scale projects. Repairs and decoration of the premises will also be more affordable.

Do you have doubts about whether clients and partners will come to you in Larnaca? Don't worry. From any part of the island, there is a good road to Larnaca. The city has its own special atmosphere . Well, if your guests arrive from other countries, there is the biggest airport of the island. 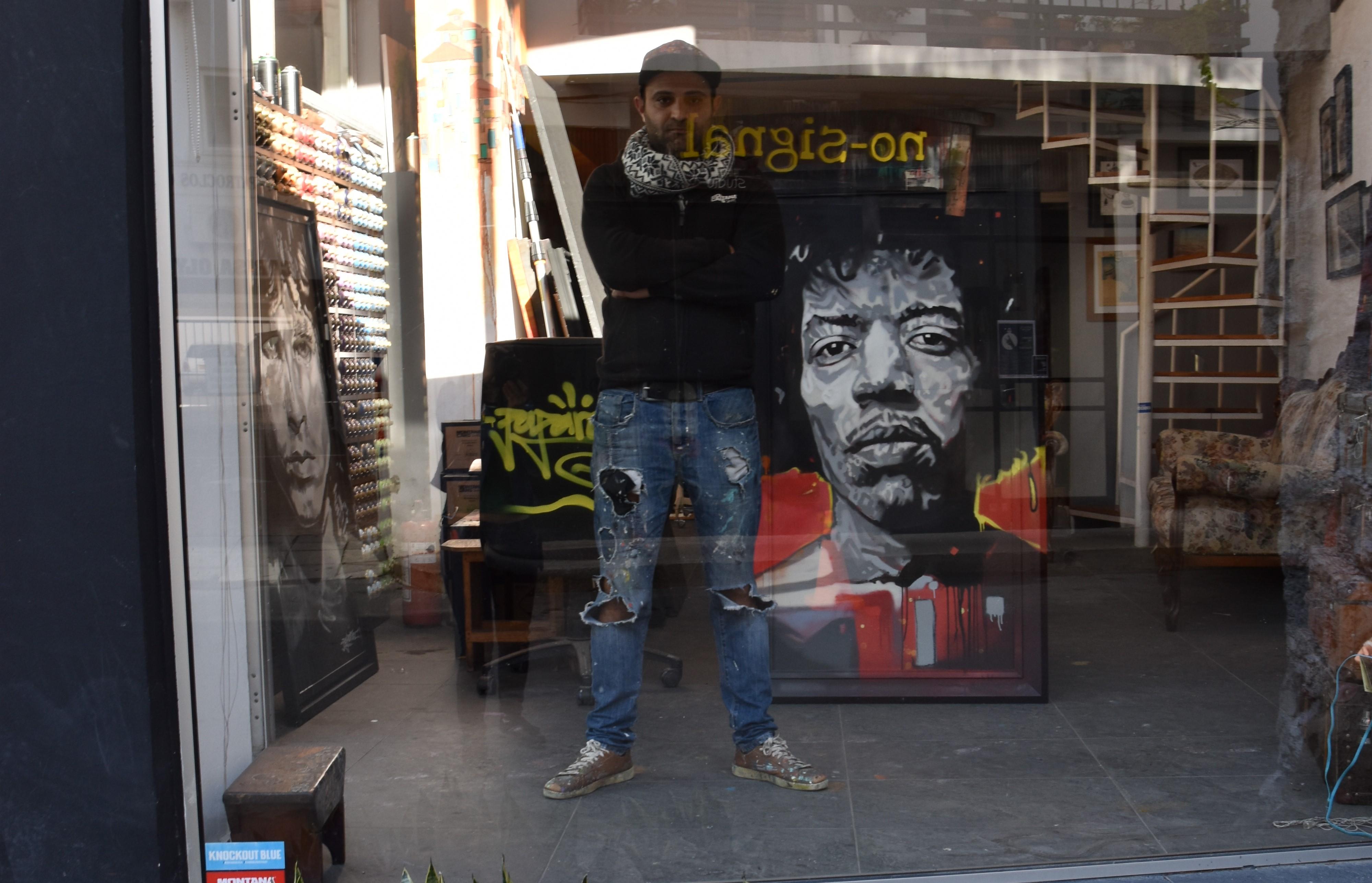 Delivery inside and outside Cyprus

Small businesses such as a clothing store, interior design studio or grocery delivery are great in Larnaca.

Opportunity to attract personnel from nearby cities

There are a lot of talented professionals who, for example, live in Limassol, but are happy to move to Larnaca, because they dream of living in a beautiful house with a swimming pool at an affordable price. This often happens with newcomers to the island.

No traffic jams inside the city

If you don't like to be late, Larnaca is the perfect solution. 10 minutes drive to school, 10 minutes to gym, 10 minutes to office. The main roads are wide enough and not heavily loaded. You can easily fit your morning routine into an hour and devote time to growing your business.

Everyone in Larnaca loves to relax and enjoy life. Many skillfully combine this love with painstaking work. And yet the services here are sorely lacking. Even those who are willing to pay above the average price tag cannot come to terms with the quality of the service sector. The situation is the same in other areas of business.

What is Larnaca missing today?

Beauty salons in Larnaca are always crowded. Women have to wait for their manicure procedures for at least two weeks, and at the same time they are served extremely hastily and expensively.

There is almost no shopping in Larnaca. I would like to hope that businessmen who sincerely love fashion will revive the empty premises. Otherwise, the city will turn into a deep province! 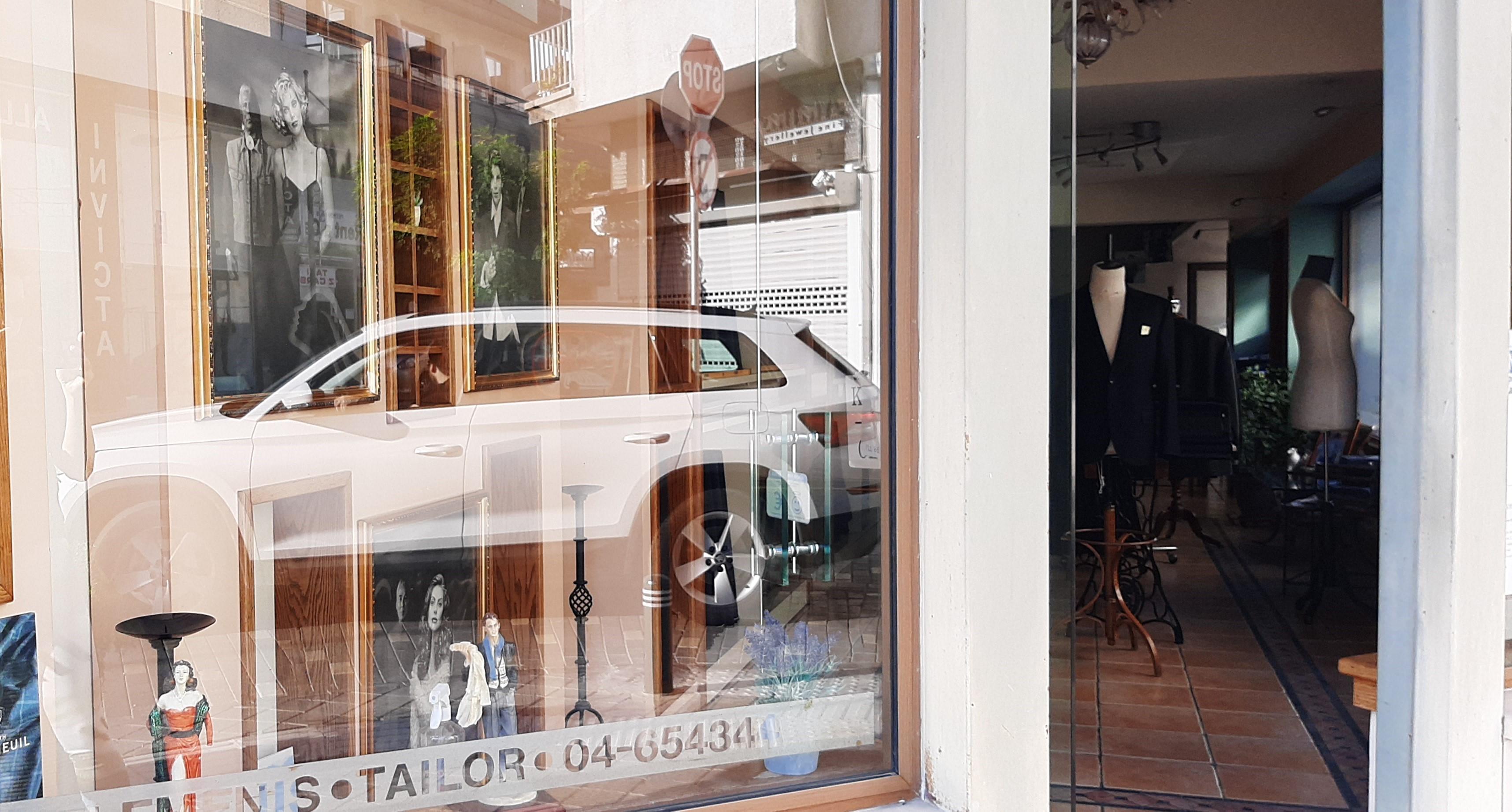 Most cafes in Larnaca are similar to each other. As if people except coffee and cheese puffs have nothing to offer. Even local products: fragrant oranges, ripe avocados, bananas from Paphos, wonderful fragrant vegetables - are only on the shelves of cafes and juicers.

Larnaca was recently connected to the Bolt app. But again, the competition is zero.

But the city has a great variety of gyms for every taste. Every second person buys a subscription and regularly visits the gym. As a rule, these are private establishments with easy access for everyone.

If you have ideas for a business, but you are in no hurry to implement them? Share in the comments! Perhaps they will be useful to Larnaca and all of Cyprus.