It's been a year since Al Jazeera published their scandalous videos about money laundering through the Cypriot Citizenship by Investment program, and now, on Monday, August 9, the same Qatari TV channel released another investigation.

This time, the focus was on a scheme on how to invest in UK football through the purchase of Cypriot citizenship after Brexit.

At the same time, the new documentary, which focuses mainly on money laundering through the purchase of English football clubs, also reveals the events that happened before the first investigation.

The new video (The men who sell football) is the result of a covert investigation by the media team. It reveals all the nuances of why Al Jazeera suddenly became interested in the now cancelled Cypriot Citizenship by Investment Scheme.

According to a video, undercover network reporters met with allegedly shady operators acting as intermediaries in the purchase of financially troubled English football clubs. They shared a scheme through which they laundered money and helped dubious individuals obtain EU citizenship.

In other words, Al Jazeera's new exposure reveals how English football clubs are being bought up by criminals and turned into money launderers through offshore trusts. 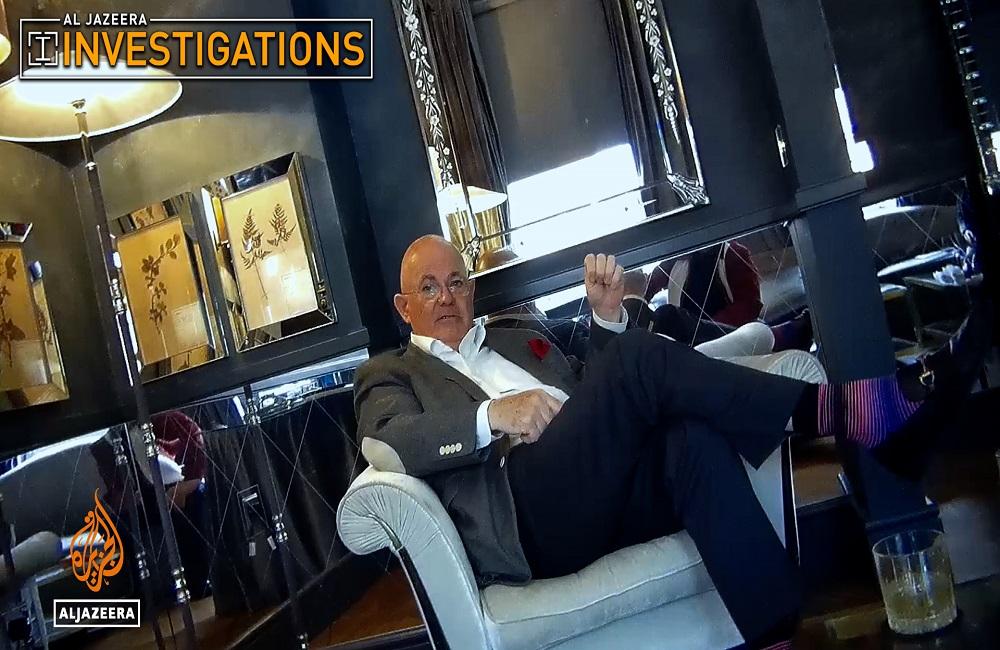 By the way, according to English football rules, a person sentenced to criminal liability for a period of at least 12 months is prohibited from owning a club.

Using hidden cameras, Al Jazeera reporters impersonate assistants of a (fictional) Chinese man with a criminal record of bribery and money laundering. However, this fact does not prevent them from actually agreeing to conclude a deal to buy Derby County football club.

Notably, the key figure in the investigation is a veteran in offshore fund management. His name appeared many years ago in connection with Reading Football Club. According to Al Jazeera, in the 1990s, this person transferred hundreds of millions dollars abroad by two oligarchs - a Russian citizen and a Georgian citizen, who later both died under mysterious circumstances. The same person also came to the attention of law enforcement agencies in a number of European countries, although no charges were brought against him.

While searching for and meeting with the fund manager, Al Jazeera reporters tell him that they represent a Chinese investor who would like to launder his money by buying an English football club.

The journalists inform the fund manager that the 'Chinese investor' was sentenced in absentia to seven years in prison and smuggled his money out of China through a casino in Macau.

The fund manager tells the “trusted persons” step by step how offshore trusts can be used to hide money and personal data of persons with a criminal past. He assures undercover journalists that he will be able to manipulate the English Football League.

Then they visit a private detective who used to work for Scotland Yard. Everybody claims that the Chinese investor can easily get new documents with a new name.

A private detective mentions his friends in Cyprus who are involved in similar transactions. Since that time the journalists decided to make a separate covert investigation, which led to shocking details and the creation of a first documentary film (The Cyprus Papers Undercover).

After the journalists met with the private detective, a fund manager sent them an email stating that he had met with a major Cypriot property developer (then a member of parliament for Akel) Christakis Giovanni at a horse race in a London suburb. Giovanni said a Cyprus passport can be issued within eight weeks with an investment of $11.8 million. 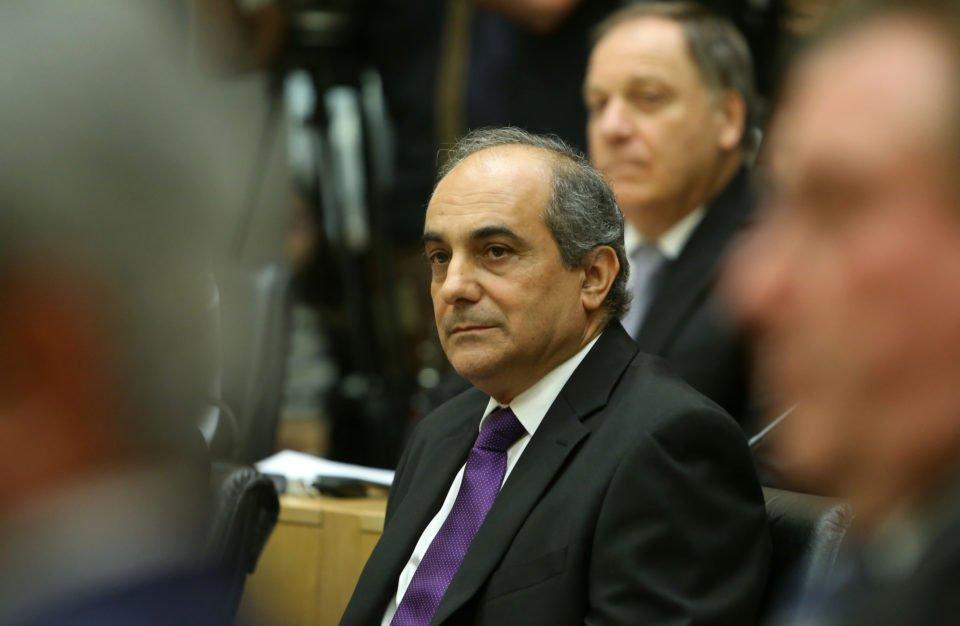 But according to the program, an investor could get a passport within 6 months, having invested from 2.2 million euros.

To participate in the program, it was required to buy new housing, already constructed or under construction, for an amount of 2 million euros or more, or invest in a local company or investment fund in Cyprus. The investors also had to pay a non-refundable charitable contribution of €200,000.

Further, the detective connected the undercover journalists with a real estate agent in Cyprus, who told them that they must contribute an additional 8.5 million dollars as a commission for the "services" rendered to certain high-ranking officials. 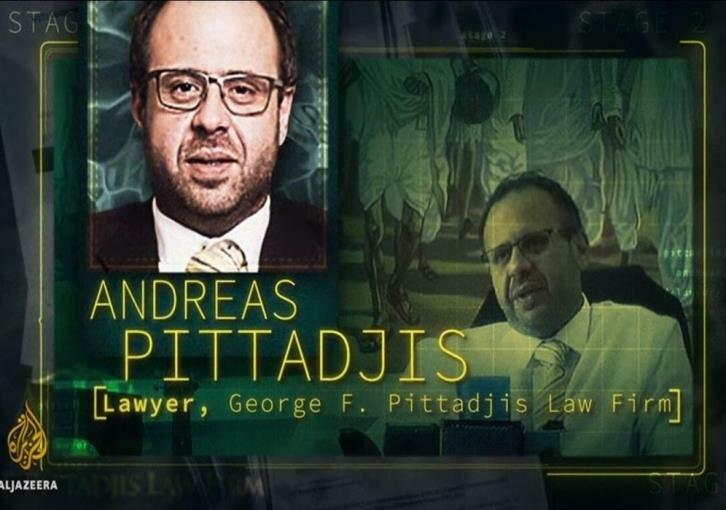 But the most interesting thing is that Giovannis sent Al Jazeera journalists to lawyer Andreas G. Pittadjis, saying that he would take over all the work on obtaining the passport of a Chinese investor and, if necessary, change his name in the passport.

This is Cyprus, the lawyer emphasized when undercover journalists expressed their surprise at how easy it was to get a new identity.

The new documentary was released on YouTube at 7 pm local time.

A day before, the persons involved in the next investigation of Al Jazeera, who were filmed on a hidden camera, received notifications from the Qatari TV channel. In addition, the Cyprus Ministry of the Interior was notified.

Speaking hours before the documentary was shown, Attorney General Giorgos Savvides said that any new information regarding Cyprus would be assessed"carefully and properly.

From the very beginning, we have been conducting a thorough investigation and believe that there should be no rush in this case. We carry out detailed checks, methodically, step by step, to get the best results in the given circumstances, - said Savvides. 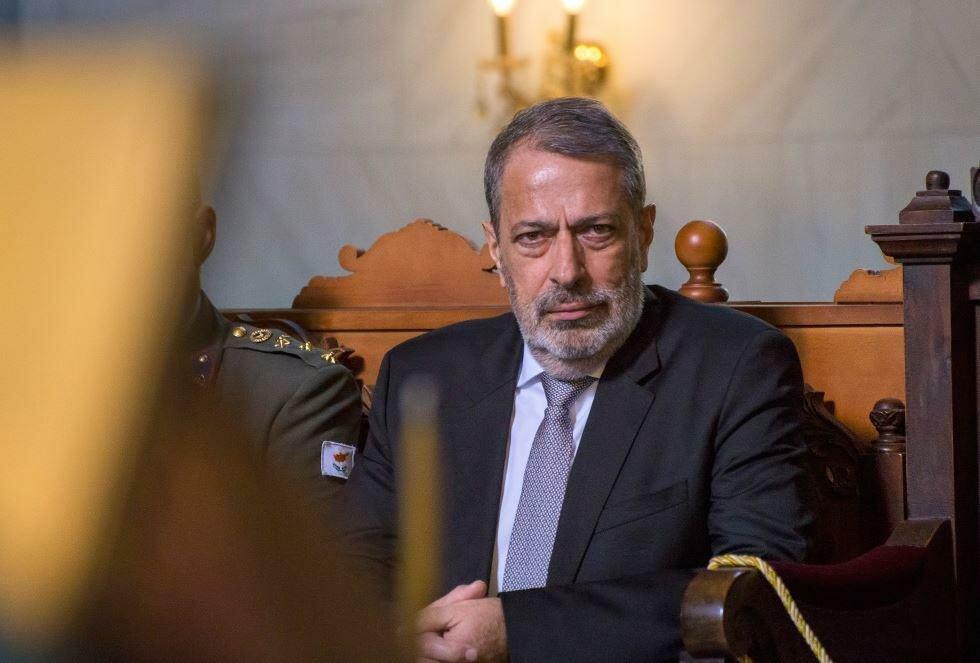 As you may know, Golden passports were introduced in Cyprus in 2013 during the financial crisis, which put the country on the brink of bankruptcy.

For the government of Cyprus, the program has become a necessary measure. Like a similar program in Malta, it attracted many foreign investors, since the EU passport automatically provided the holder with access to all 27 countries of the European Union (and even more) at once. Approximately 4,000 documents issued to investors attracted more than 7 billion euros to the country.

In the fall of 2020, the Al-Jazeera TV channel published a series of videos on their website, which made it clear that there was a huge corruption component in the Cyprus Golden passport scheme.

The shocking revelation made the country's government suspend the Citizenship by Investment program in its current form from November 1, 2020.

Cypriot government spokesman Kyriakos Kushos said at the time that this decision was proposed by the Ministers of Internal Affairs and Finance, and other members of the government supported it. He noted that after the completion of the proceedings related to this program, the government will study the possibility of creating a new program aimed at attracting foreign funds to the country's economy.

The main defendants in the case - Parliamentary Speaker Demetris Syllouris and AKEL opposition MP Christakis Giovanis, who is also one of the island's largest developers, announced their intention to step down, at least until the end of the investigation into the incident. Later they were removed from their posts.

Brussels was shocked by the secret investigation of the Qatari TV channel Al Jazeera, in which the highest political circles of Cyprus were ready to help convicted criminals obtain citizenship, as well as provide them EU documents.

In October 2020, the European Commission began checking if the Cyprus passport program complies with EU law. A special notification was sent to the authorities of the island. Brussels gave Cyprus 2 months to clarify the situation. 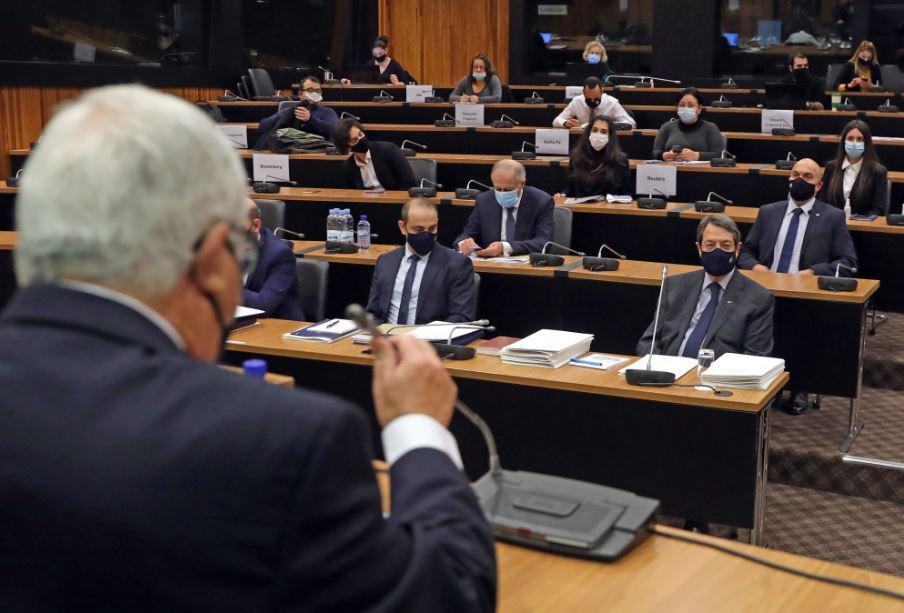 Cyprus has appointed a Special Committee to investigate the scandal. In parallel, an independent investigation was undertaken by the country's auditor general, who, for unknown reasons, was constantly under attack by other officials. A series of public hearings were held on the island.

Finally, on June 22, the office of the Attorney General of Cyprus released the final report of the Investigative Committee, which, under the leadership of Myron Nikolatos, was investigating cases of illegal issuance of Golden passports. The 780-page dossier has been extensively revised. For security reasons, the names and some personal data of investors were removed from it.

All perpetrators are expected to be punished in the near future. Recently, the Central Police Department of the Republic of Cyprus appointed 10 officers to investigate the issuance of Golden passports, which aroused the commission's suspicions.