Maltese and Cypriot Golden Passports Were Sent To Gray Zone

In Malta, the first signs that the local citizenship-by-investment program was not perfect became obvious in March 2018. The island's financial regulator froze the assets of Pilatus bank, whose management was suspected of fraud with offshore companies.

The scandal erupted after the murder of journalist Daphne Galizia, who was investigating the Panama Papers case and was killed in October 2017. Daphne Anne Caruana Galizia was blown up in her own car. The journalist was famous for her blog, in which she wrote about corruption in the highest officials in Malta, as well as their participation in the publication of the Panama Papers.

She knew that she could become a victim of an assassination attempt. 15 days before the murder, she complained to the police about threats. Despite this, the journalist did not take any measures to ensure her safety.

The head of Pilatus, Ali Sadr Hasheminejad, who was detained in the United States, was removed from the management of the bank. Investigators suspect that he created a scheme to transfer money from Iran and Venezuela through the US financial system, bypassing sanctions.

In 2016, the Maltese authorities claimed “significant violations at Pilatus”. According to the state regulator, the bank's managers did not check the origin of the funds, despite the requirement of European legislation. However, following the publication of information about the violations in 2016, the police did not conduct further investigations. According to journalists, the owner of the bank could enjoy special protection from the authorities and the prime minister. 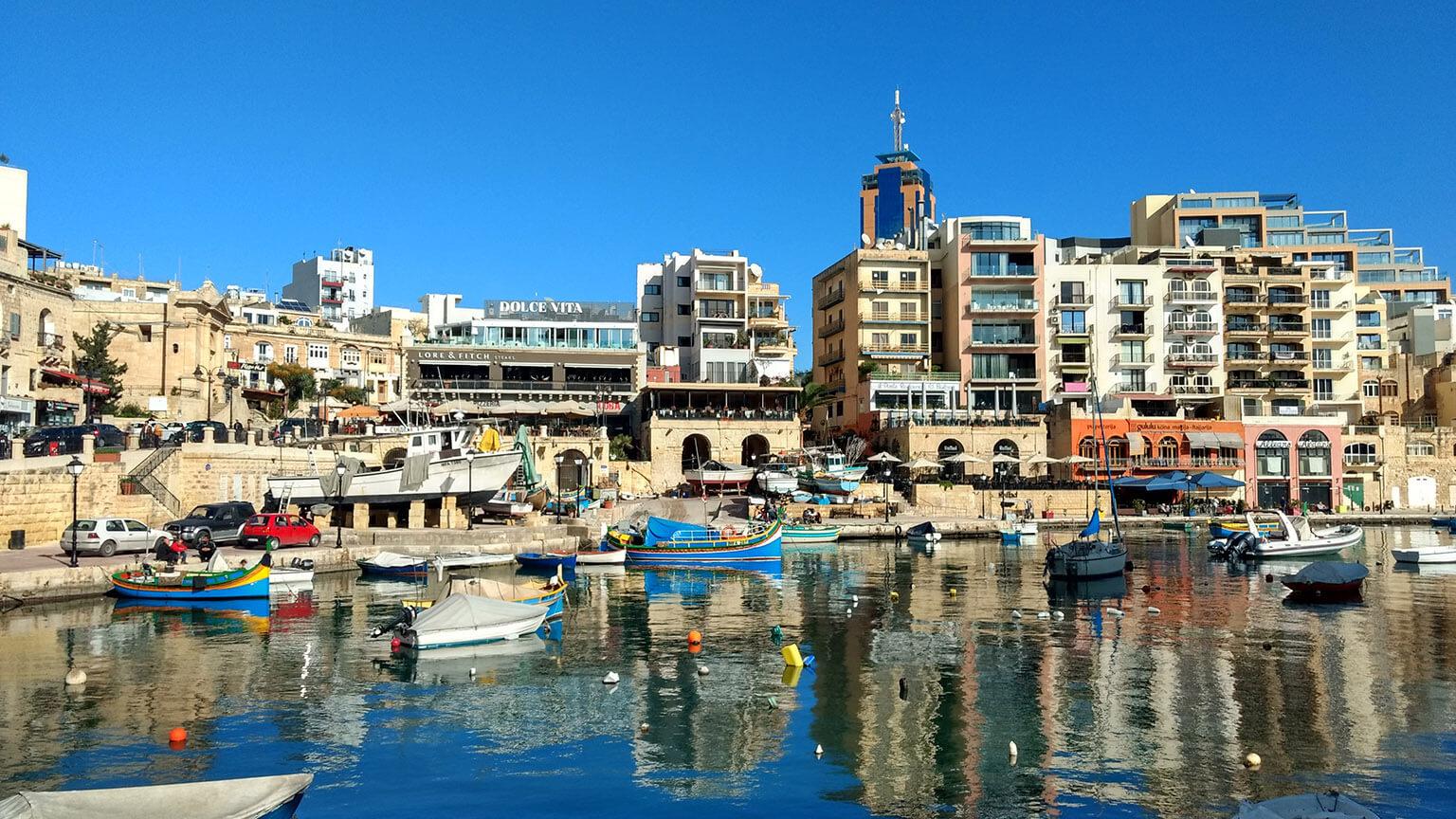 Later, international journalists continued the work of the murdered Daphne and found out that investors fraudulently bought Maltese citizenship, and the relatives of the Prime Minister of Malta could help the elite of Azerbaijan in money laundering.

According to journalists, the elite of Azerbaijan made hidden investments in France through Pilatus Bank. Through the Heritage collection front group, Nijat and Tale Heydarov, sons of Azerbaijan’s richest minister, Kamaladdin Heydarov, invested ten million euros in three French enterprises that produce porcelain and luxury fashion clothing. The companies knew nothing about the sources of investments.

According to the authors of the investigation, during the sale of citizenship of Malta, the island government committed numerous violations.

Among the buyers there are many Russian millionaires and billionaires. We learned that the government does not comply with all the requirements of the European Commission for recipients of citizenship. For example, passport buyers must have lived on the island for at least a year. We knocked on the doors of many Russian billionaires. It turned out that there was no one at home, and the neighbors said that they had never seen the owners of the apartments. According to our investigation, they use citizenship for money laundering, tax fraud or circumvention of sanctions. Holders of Maltese passports in Russia are, in particular, the head of Yandex, Arkady Volozh, members of the management of Kaspersky Lab and the head of the gold mining company Polyus Pavel Grachev, - says Le Monde journalist Anne Michel.

The authors of the investigation note that although each state can grant citizenship at its discretion, a Maltese passport is, first of all, a passport of the European Union, and its holders can live in any country in Europe. Violation of the rules established by the European Union becomes a problem not for Malta, but for Europe.

In February of this year, Vincent Muscat, one of four people charged with the car bomb blast that killed journalist Daphne Caruana Galizia, was sentenced to 15 years in prison.

Muscat struck a deal with the investigation and pleaded guilty to the murder that plunged the ruling Malta Labor Party into a political scandal and led to the resignation of its prime minister in late 2019. Muscat may be released as early as 2027 with a reduction in the sentence for already served time and good behavior.

After heading the Cabinet of Ministers in January 2020, Robert Abela undertook a number of reforms, including the appointment of a new Police Commissioner and the strengthening of the Financial Intelligence and Analysis Unit, the body responsible for combating financial crime.

Since last year, after the Cyprus scandal with the "Golden Passports", the European Union has again increased the requirements for the investment programs of the EU countries.

It is worth noting that despite the fact that passports are traded in almost every country, Malta and Cyprus are most often under pressure. 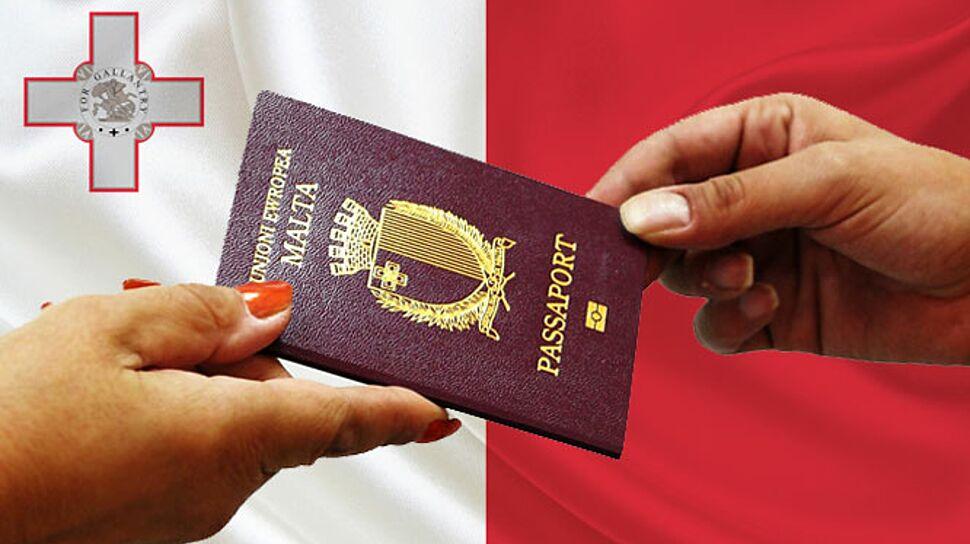 How did it all start?

Saint Kitts and Nevis were the pioneers of a new investment migration industry. In 1984, a 261 km2 country with a population of 50,000, was the first in the world to offer citizenship in exchange for investment. Now, having made a donation of 15 thousand dollars to the state Sustainable Development Fund, you can get passports for a family of four, which will allow you to travel without a visa to 154 countries of the world.

Today, every third wealthy person in the world already had a second citizenship (36%), and every fourth (26%) plans to change their place of residence, according to data from the Investment Migration Council (IMC). The demand for a second passport is growing rapidly: the total number of requests for investment citizenship programs at Henley & Partners increased by a quarter in 2020, and by another 40% since the beginning of 2021, according to the Financial Times.

European countries together issue about 1 million citizenships a year. Investment programs account for about 0.1% of all issued European passports, IMC reports.

Solution to the problem

The eligibility criteria for the recently enacted Malta Citizenship Act (Legal Notice 437) by Naturalization of Foreigners and Their Families have become even stricter in 2021.

Investors who will contribute to the economic development of Malta must demonstrate that they meet strict criteria to be eligible to participate in the Malta Citizenship by Investment (CDI) program. Compliance checks require applicants to prove that they and their family members are “fit” for Maltese citizenship, including demonstrating that they are in good health and that dependent family members are fully supported by the main applicant, writes IMI. 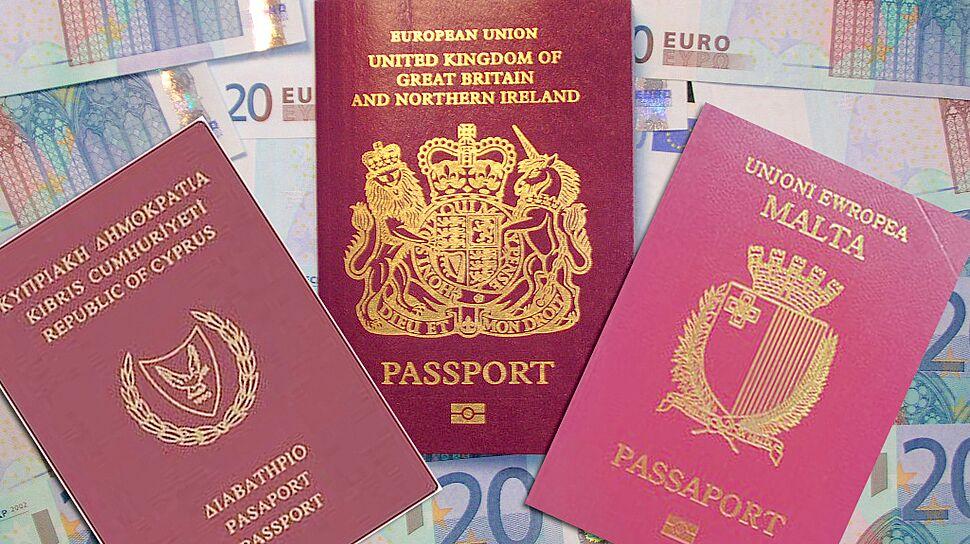 To apply, the main applicant must be at least 18 years old and behave impeccably.

An individual's assessment is based on a series of reputation checks carried out by both the licensed agent and the Malta Agency (CMA), the responsible managing body. A police clearance certificate is required from all countries in which the applicant has lived for at least six months in the last 10 years. Such certificates must be issued by the national law enforcement authorities dealing with criminal convictions in that country. A certificate is required for all applicants over 16 years of age. This information is carefully checked by the Malta authorities using international databases.

Applicants for Malta Citizenship by Investment and any of their dependents are considered unfit if:

Applicants for Malta investment citizenship are deemed ineligible to apply if any applicant has been denied a visa to a country with which Malta has a visa-free regime and subsequently did not receive a visa from that country.

Applicants for Citizenship of Malta (CDI) and their dependent family members must demonstrate that they do not have infectious diseases and / or serious illnesses. Their declaration of good health must be certified by the competent medical authority and indicate that they are unlikely to become a burden on the Maltese public health system.

For other family members to be included in a Citizenship by Direct Investment (CDI) application, they must demonstrate, among other things, that they are financially dependent on the main applicant and are part of the main applicant's family.

To obtain citizenship for exceptional services through direct investment (CDI), the applicant must have lived in Malta for three years or, in exceptional cases, one year. 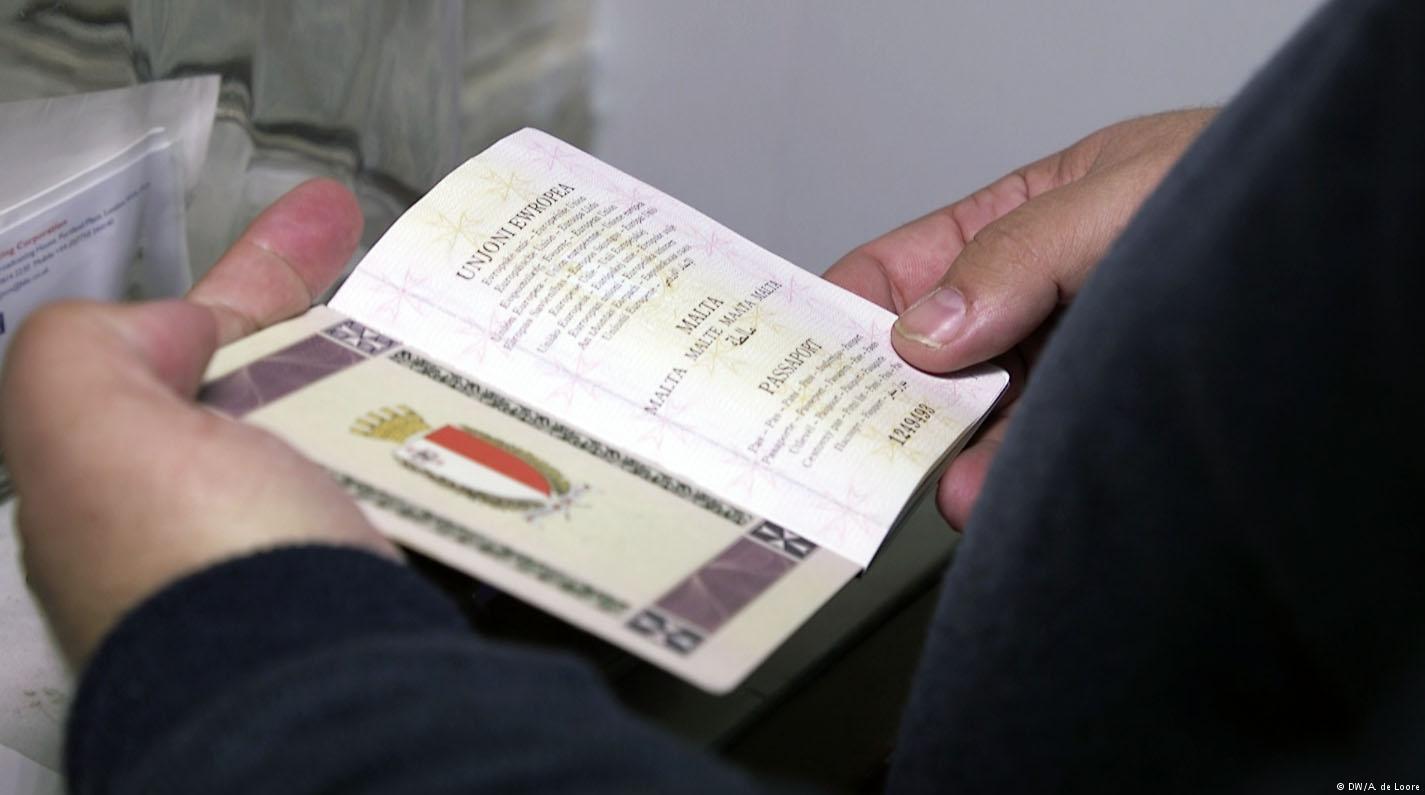 In June this year, the European Commission re-warned Cyprus and Malta about the need to stop issuing golden passports. Cyprus has stopped accepting new applications, but continues to process old ones, and Malta has launched a new citizenship by investment program.

The EU warnings may be followed by a lawsuit, which could lead to fines and an order to change national legislation, writes Bloomberg.

In October 2020, the European Union has already issued similar warnings to countries. In November, the European Commission launched proceedings against Cyprus and Malta in connection with the Golden Passport programs. Brussels believes that such actions are incompatible with the principle of sincere cooperation enshrined in the Treaty on the European Union and undermine the integrity of the EU citizenship status.

The second attack came from the World Organization to Combat Money Laundering and the Financing of Terrorism (FATF).

On June 25, 2021, the FATF updated the “black” and “gray” lists of unreliable jurisdictions - that is, whose financial flows are subject to enhanced monitoring by financial regulators in many countries. These country lists are formally referred to as “high risk jurisdictions” and “strategically flawed jurisdictions”.

The decision of this Intergovernmental Financial Action Task Force was, as usual, taken by secret ballot. Malta entered the gray list of this organization in February this year, when it was also joined by the Philippines, Haiti and South Sudan. Ghana turned out to be the only one that entered a better list.

Since the adoption of its MER in July 2019, Malta has made progress on a number of the MER’s recommended actions to improve its system, such as: strengthening the risk-based approach to FI and DNFBP supervision; improving the analytical process for financial intelligence; resourcing the police and empowering prosecutors to investigate and charge complex money laundering in line with Malta’s risk profile; introducing a national confiscation policy as well as passing a non-conviction based confiscation law; raising sanctions available for the crime of TF and capability to investigate cross-border cash movements for potential TF activity; and increasing outreach and immediate communication to reporting entities on targeted financial sanctions and improving the TF risk understanding of the NPO sector, - the organization's report noted.

The authorities of the island talk about the unfairness of the decision and the threat to the island's economy.

While I believe this decision is unfair, we will continue the reform process because we act with conviction and believe in good governance. We remain committed to pursuing any necessary reforms while maintaining national interests. We will never refuse to cooperate or hinder, but we will strengthen our resolve to fight money laundering and the financing of international terrorism, - said the Prime Minister of Malta, Robert Abela, speaking at a press conference.

The FATF decision comes amid years of international criticism of Malta's policies, including the sale of passports, and the lack of legal action against officials named in the Panama Papers who set up secret offshore companies.

Local opposition leader Bernard Grech called the FATF vote "national punishment" that could harm the country's fast-growing financial and gaming sectors, which account for nearly a fifth of the economy.

The increased attention of financial regulators and various EU commissioners to Malta, as well as to Cyprus, is explained by the large amount of "Russian money" accumulated on these islands.

On the other hand, the authorities of both Cyprus and Malta will not completely abandon investment programs. Interest in them for the pandemic has only grown.

Until 10 years ago, a residence permit or alternative citizenship was treated simply as an asset, which is generally not bad to own. But with the onset of the COVID-19 pandemic, they are much more often considered "must-haves," say experts at the consulting company Henley & Partners.

In the pre-COVID period, when choosing a place to live, investors focused on the quality of life, access to education, safety and the environmental situation. Now they also take into account the reliability of the infrastructure, the ability to receive highly qualified medical care and effective management of crisis scenarios, the company says.