It was a typical hotel, the locals were pleased with the beautiful views, laconic design, and unobtrusive lighting in the evenings.

Tourists appreciated the location, quality of service and affordable prices. This was from 2005 to June 2021. From now, everything has changed. This hotel is also a vivid modern picture, causing a ton of different emotions, at one of the busiest areas in the city. 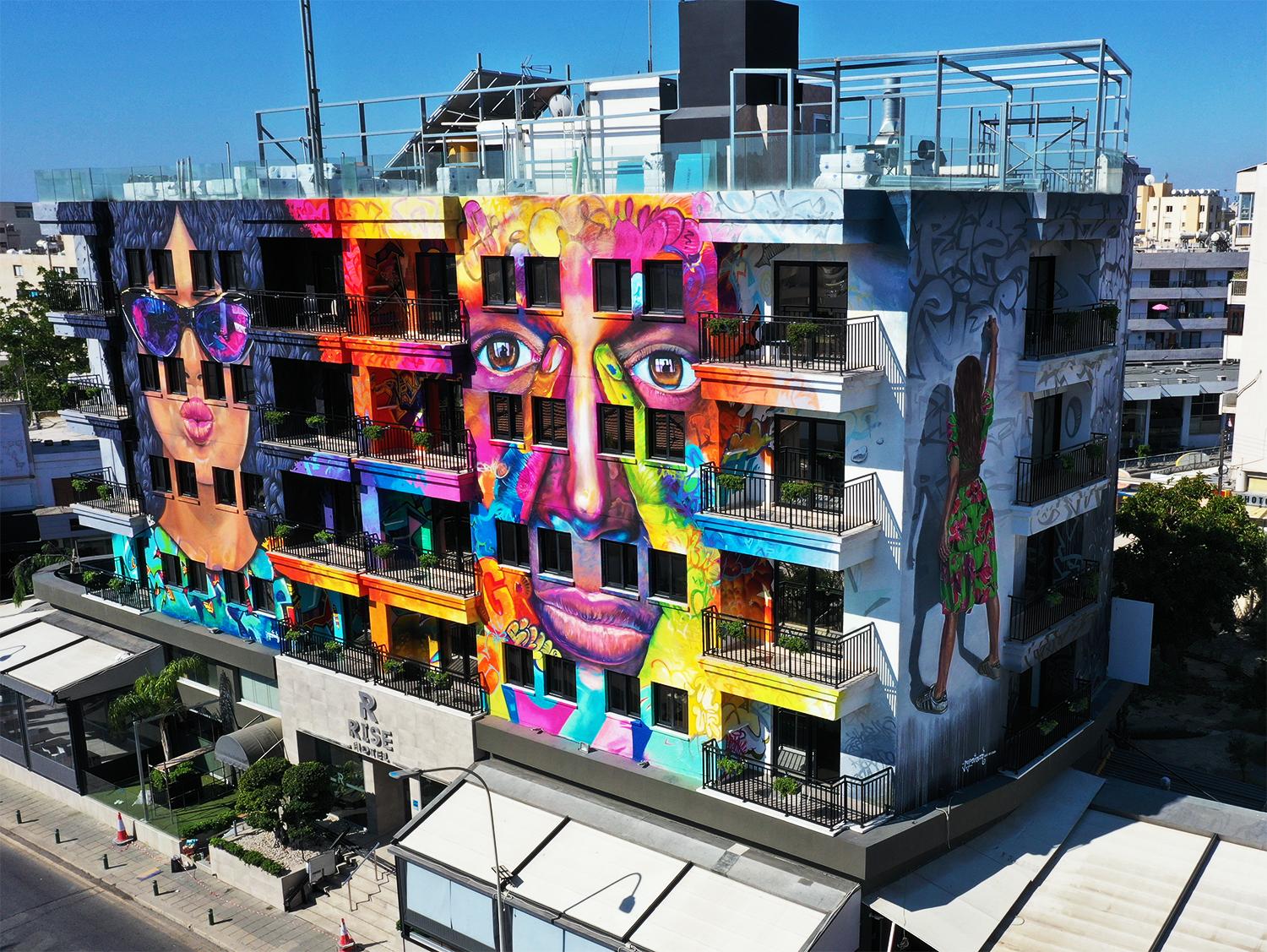 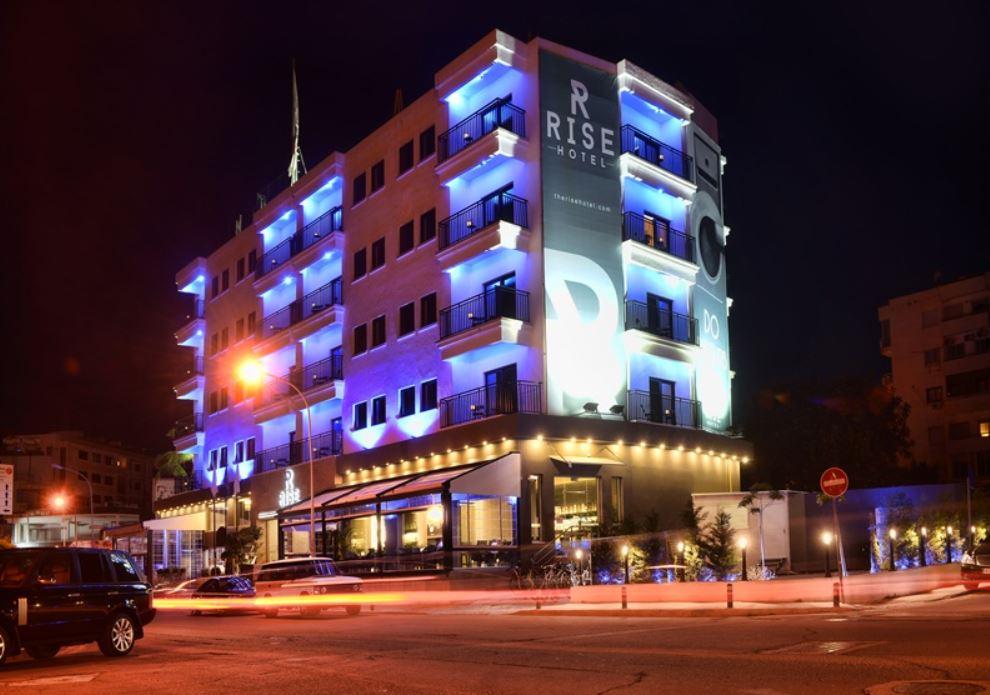 The idea to radically change the appearance of the 4-storey Rise Hotel came to the mind of its owner.

According to the senior manager, the whole hotel team has always been inspired by graffiti. They approached the Cypriot artist Achilleas Michaelides or Paparazzi, known for his murals in Cyprus and abroad. Achilles agreed, assembled a strong international team of street artists and soon the building was painted beyond recognition. It was made during several nights as the municipality authorities allow to install towers for lifting artists only after midnight.

So, during the week, locals were greeted with a new picture every morning.

And from July 1, Rise Hotel reopened its doors for guests and tourists. Also at the reception, you can sign up for a tour of the hotel. 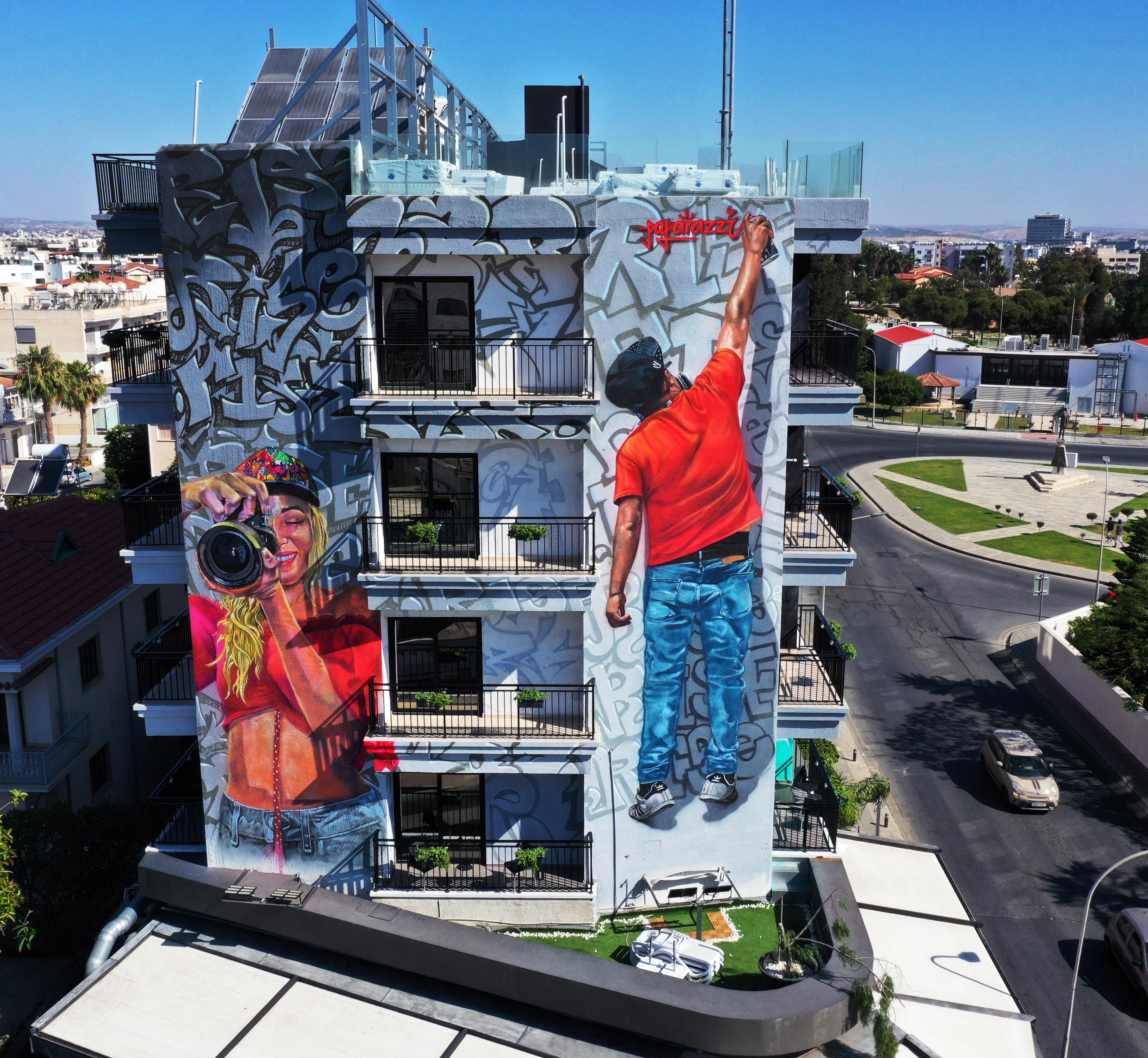 Absolutely all the characters depicted on the murals outside the hotel are real residents of Cyprus, whose bright characters somehow caught the authors.

Perhaps there is even one of your friends, but you just don't always guess as the artists have conjured over the image.

So, the image that raises many questions on social networks - a girl with an Angela Davis-style hairstyle - is veiled and very different from the prototype. The character to the right of her is also a person from another world, and each viewer sees something different.

Or maybe it's just an artist, whose hands are always in paint, meets the dawn? During the midday color really plays out especially.

The portraits of a tourist with a camera in her hands and writers with a spray have practically not changed. From the side of Grigori Afxentiou Street, the curator of the project, Achilleas, is depicted. He soars up in the Superman pose to reach the very roof and write his own nickname.

Why be shy? Now parents of students from an English school will know exactly who to thank for the fact that their children will be inspired by art every day before the start of classes. 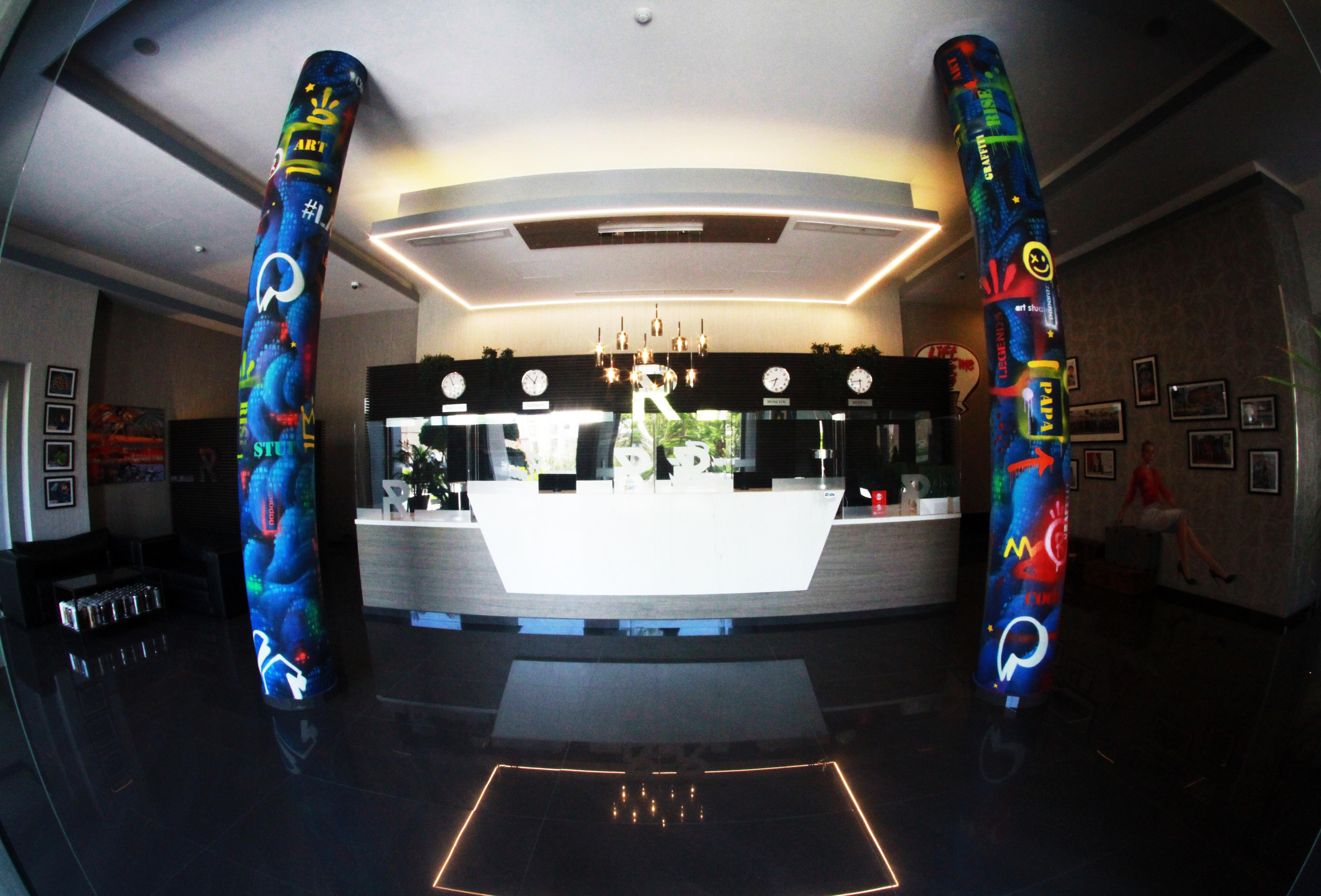 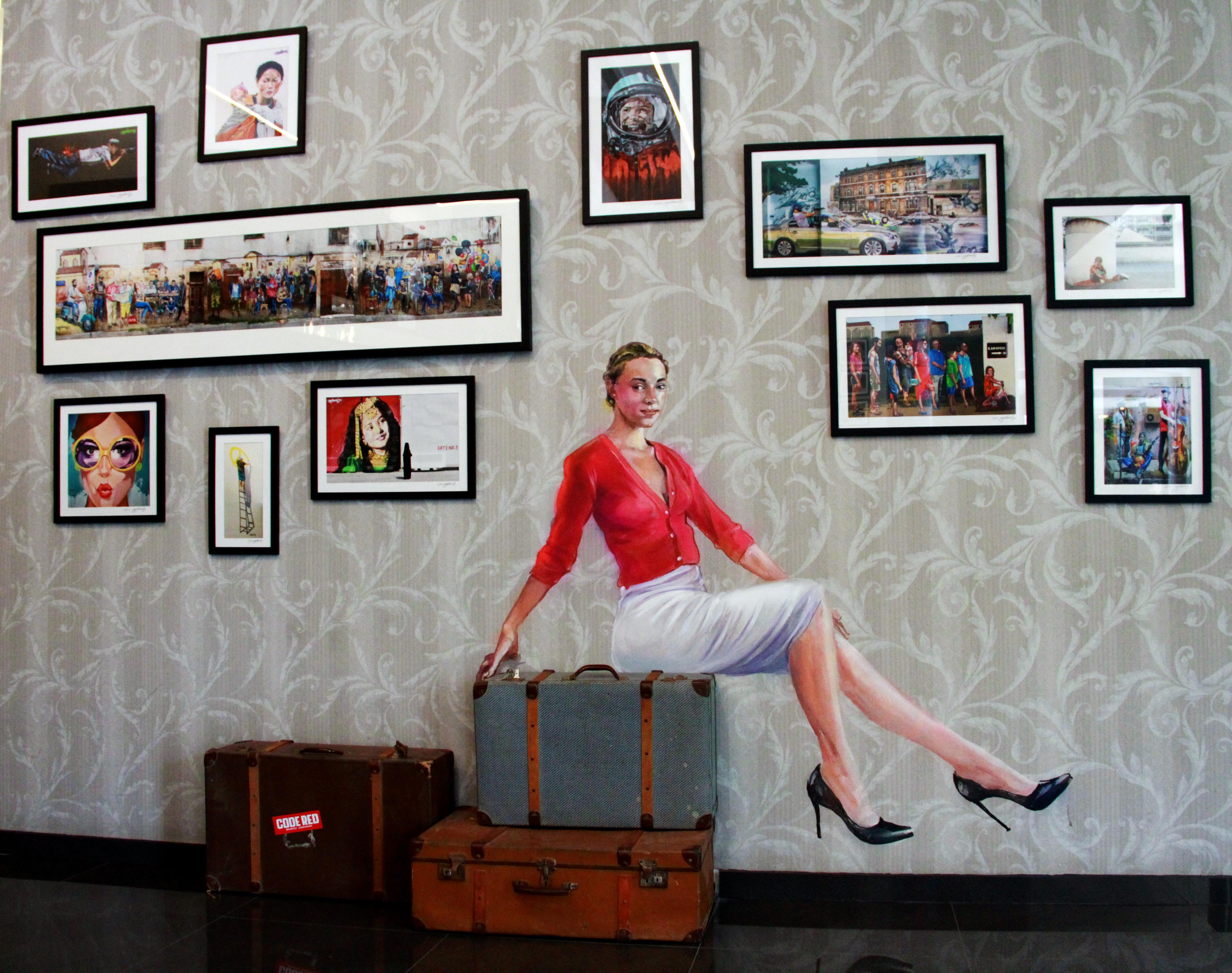 Artists have combined individual styles in one project. In general, this is a continuation of the theme of the Paparazzi mural "People of Cyprus", created based on the painting of the same name by the greatest Cypriot artist Adamantios Diamantis, - said Andrei Zhokhov, artist and participant of the Rise project. 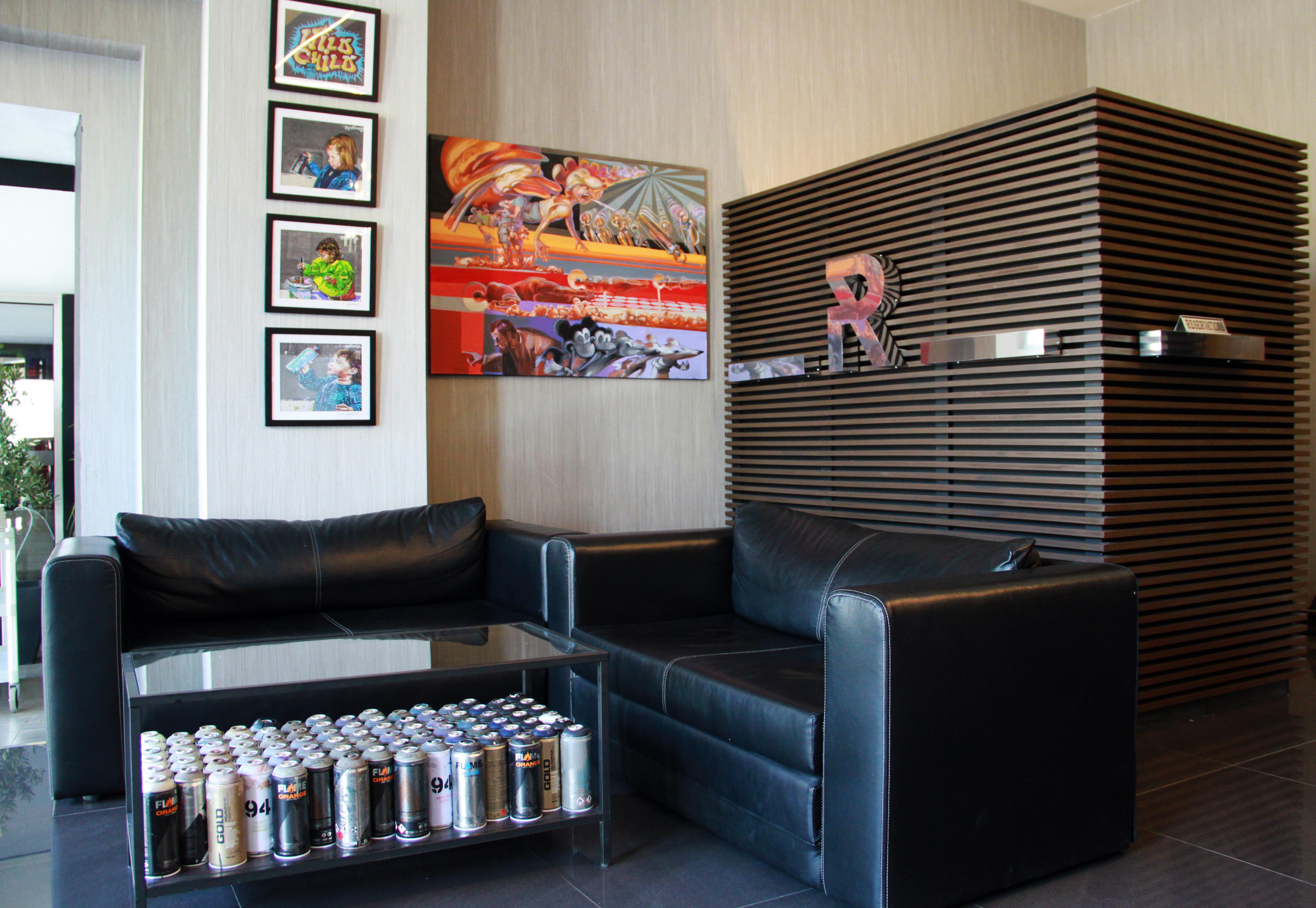 In the context of Larnaca's architecture, the hotel looks organic and reflects the creative atmosphere of the seaside city, according to positive-minded citizens.

But there are those who are new to the art of graffiti and are associated with complete decay, poverty and bad habits. For this reason, the project was almost slowed down at the beginning. On June 17, the Urban Planning Committee decided to save the graffiti. 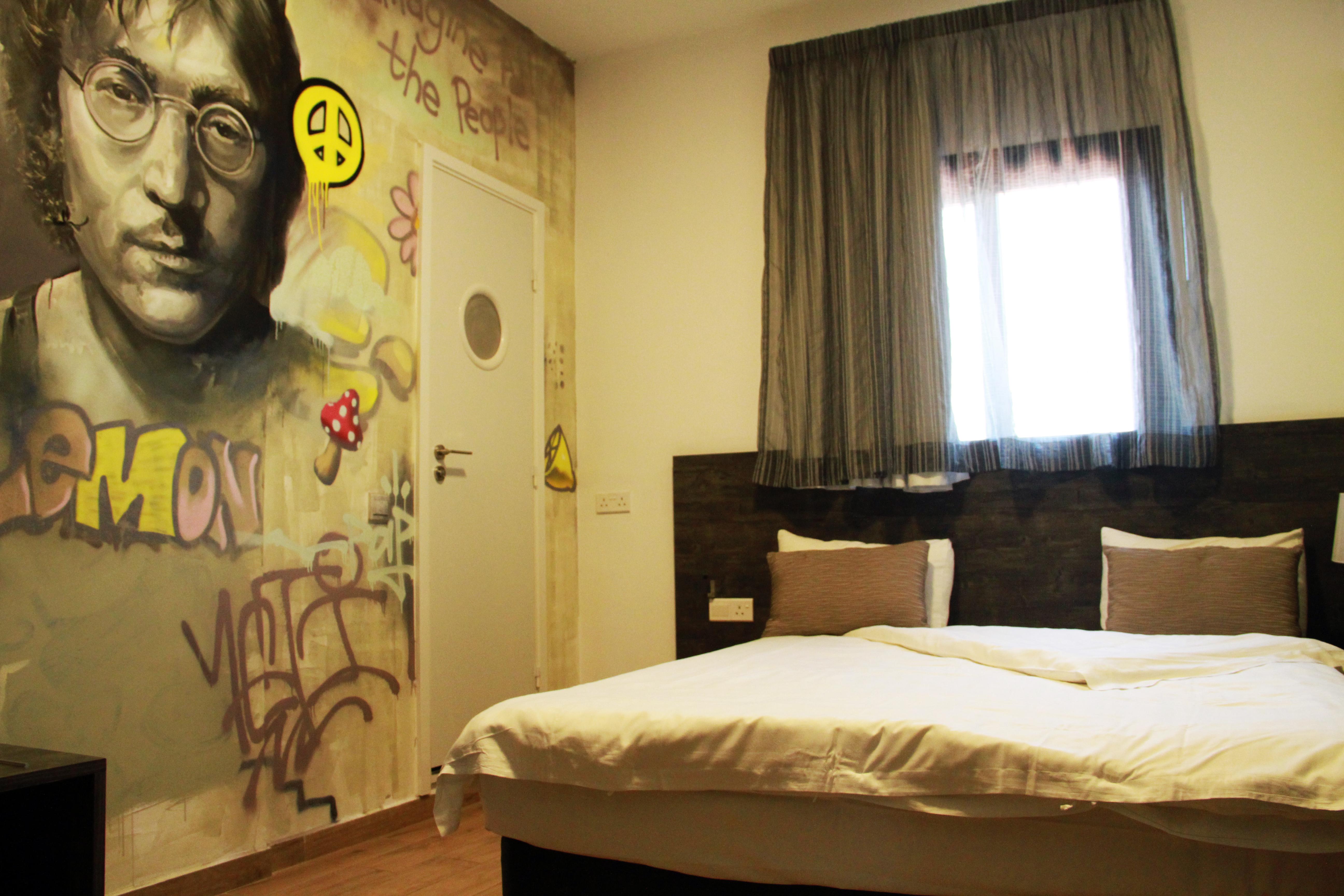 The hotel was painted not only outside, but also inside.

The reception, cafe, bar, lobby and corridors have turned into a real gallery. And in the rooms, there is a constellation of art and history characters as there are persons from the film industry, famous football players, singers, musicians. A complete list of names and topics has not been posted anywhere, but they will definitely continue to expand and everyone will find their own inspiring suite.

Even if you don't have an idol, it's still funny to stay in a cozy room with a mural of Merlin Monroe or John Lenon for a short while. 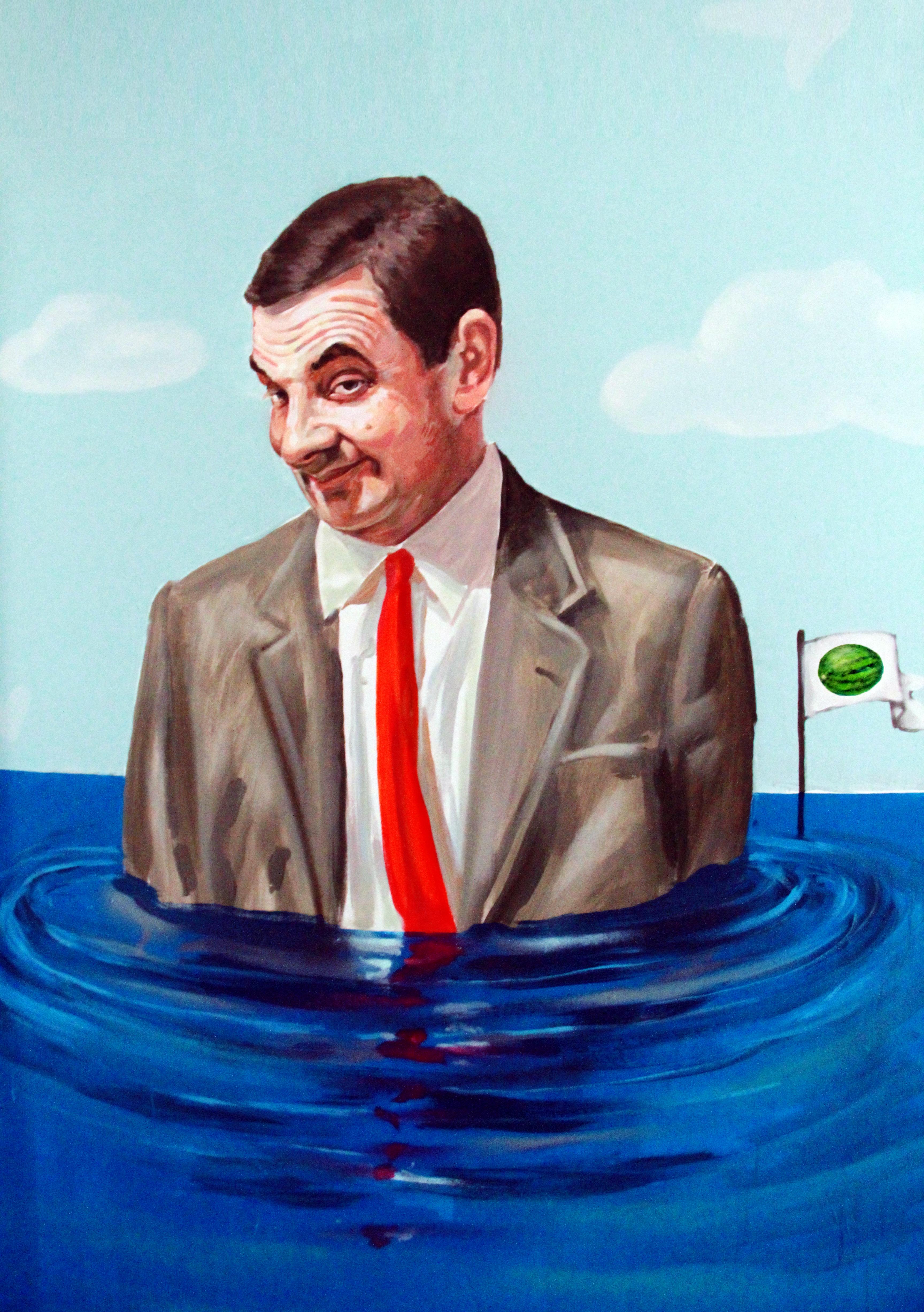 The paint on the walls dries instantly.

After painting, the rooms can be populated in a couple of days. Only the hotel cleaners did not really agree with this idea. They had to quickly wipe off paint splashes and sticky tape, which the artists used to attach the protective film to the floor and ceilings.

The walls of the hotel turned out to be the perfect canvas for artists, but the plumbing fixtures, lighting fixtures, air conditioners and almost all the furniture were left intact. A kind of contrast between bully street style and maximum comfort. By the way, the maids also became characters for the future hotel murals. For this, they even arranged a special photo session. 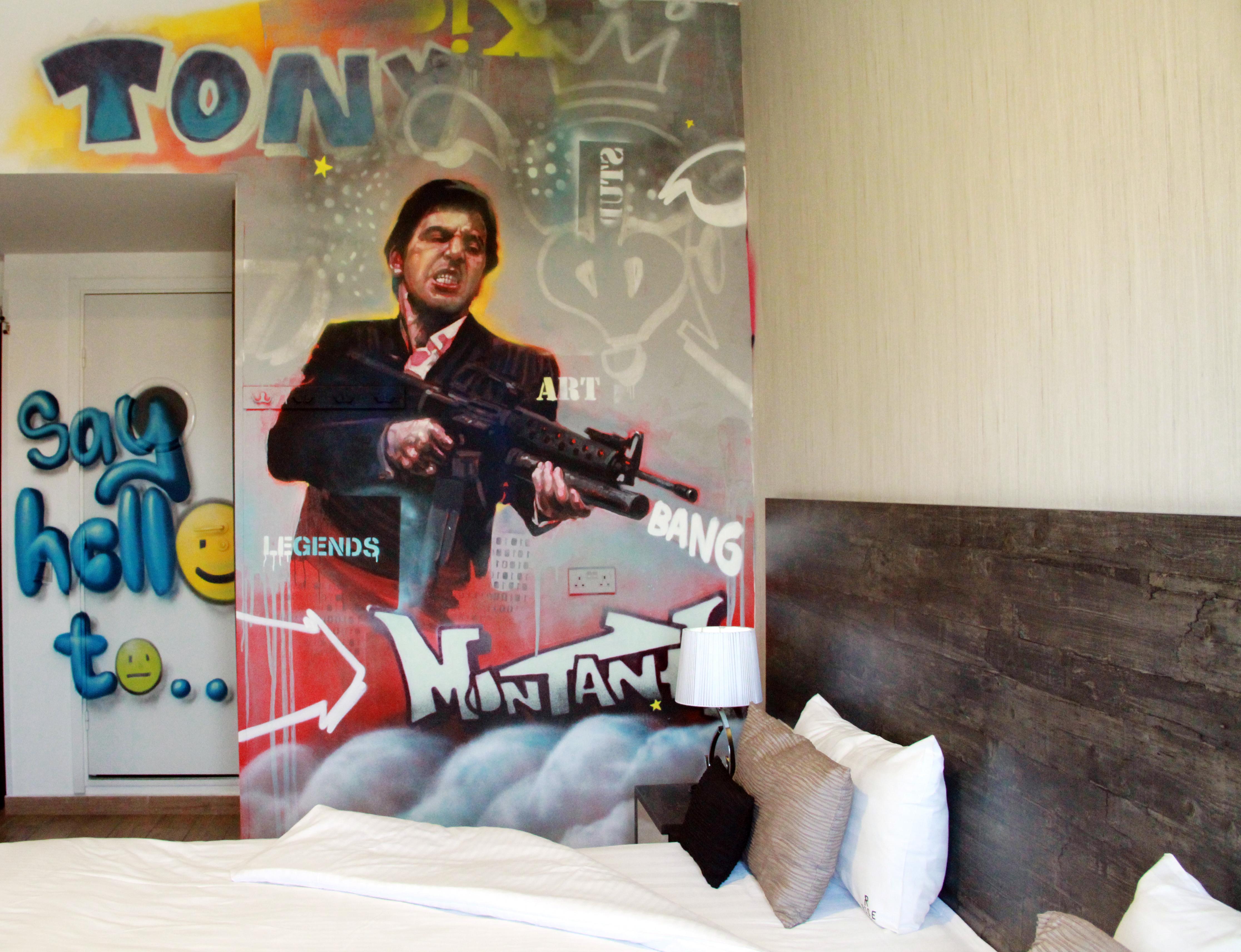 The team of writers who painted the hotel inside: 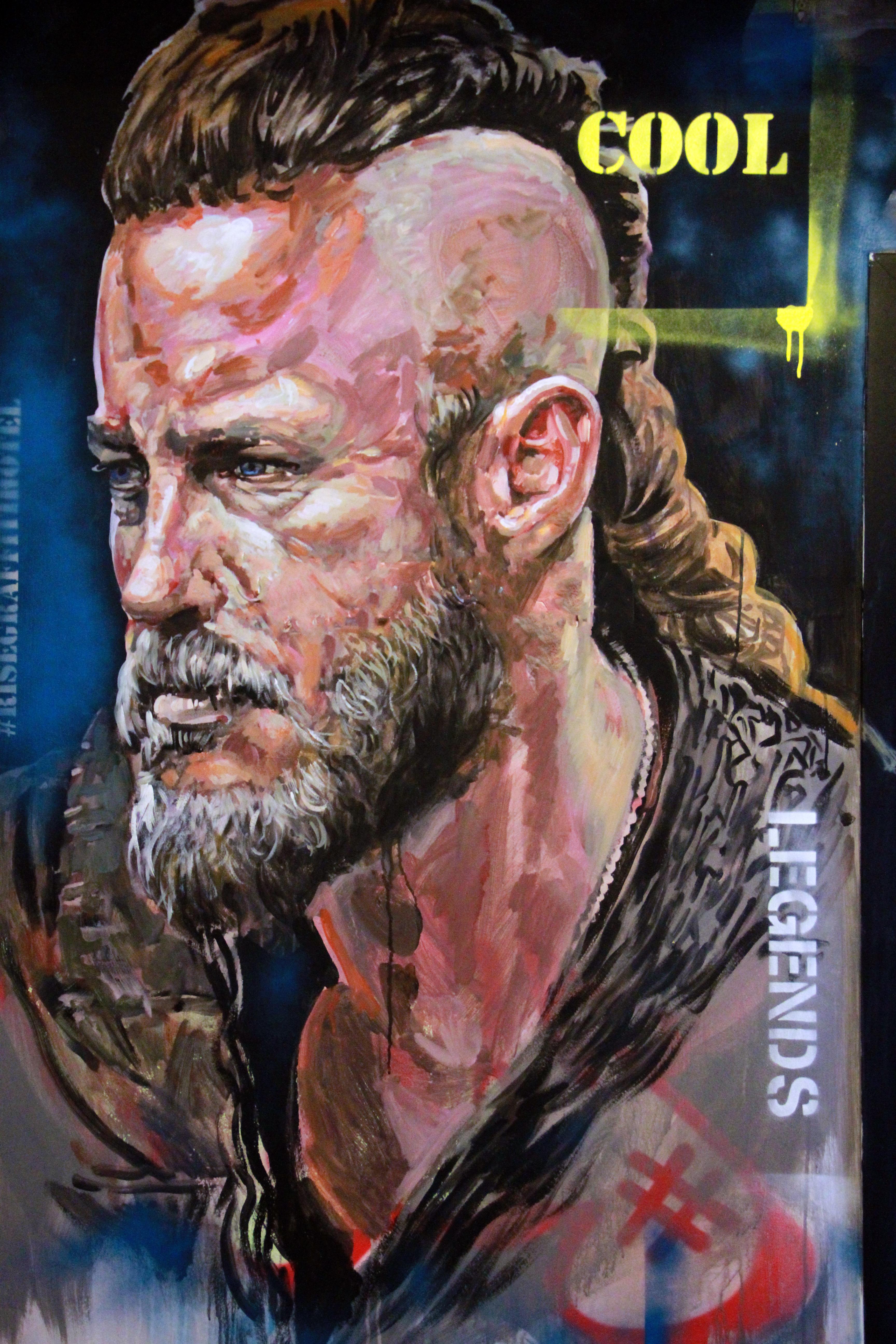 Rise plans to gradually paint all the apartments to a single one and even create a studio - "Suit for the artists of the world", in which they can live while working on new projects.

It is expected that this will not only be graffiti, but also all kinds of installations on the territory of the hotel and the entire island. Stars who have already made a name for themselves will be invited. 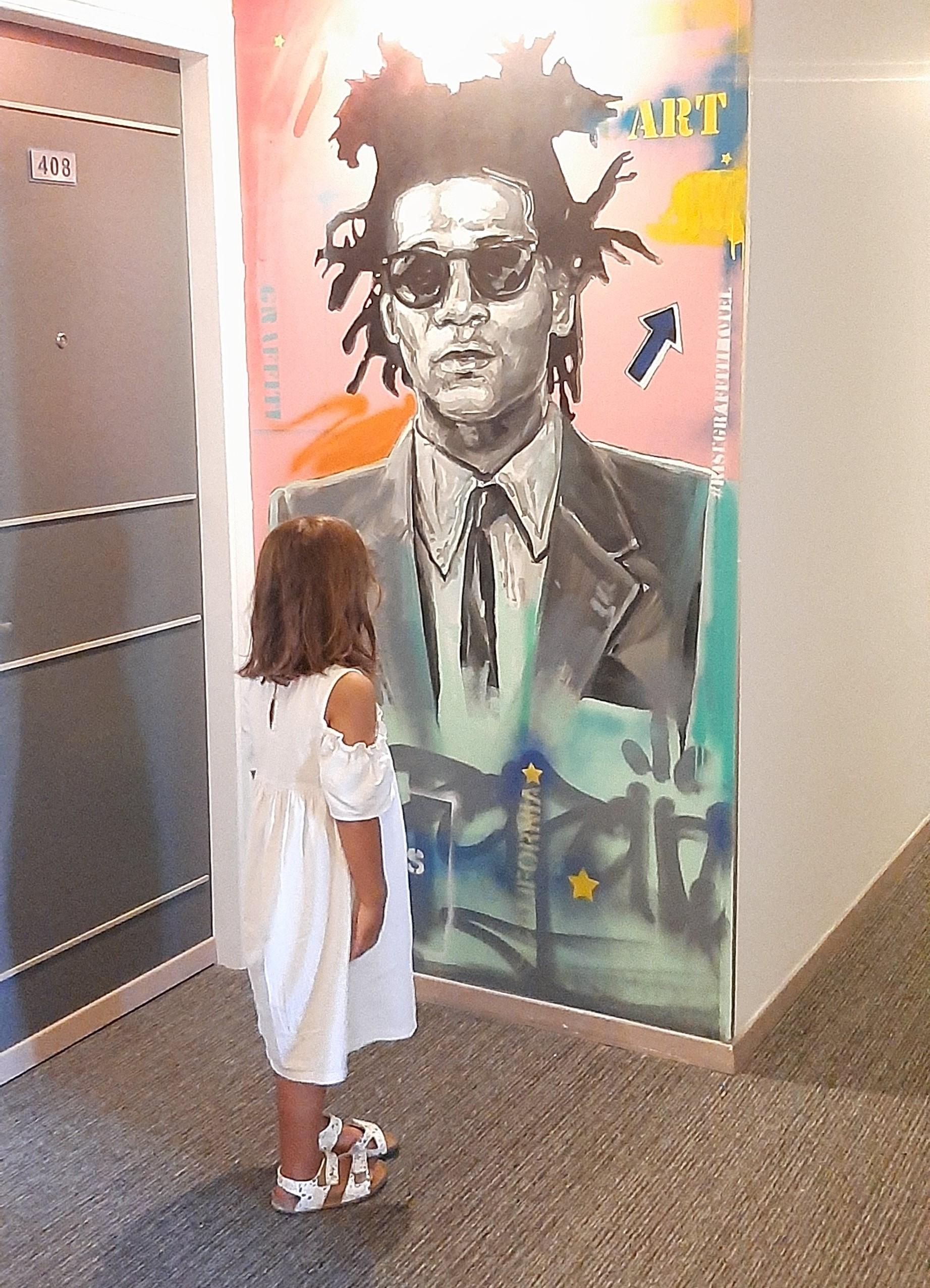 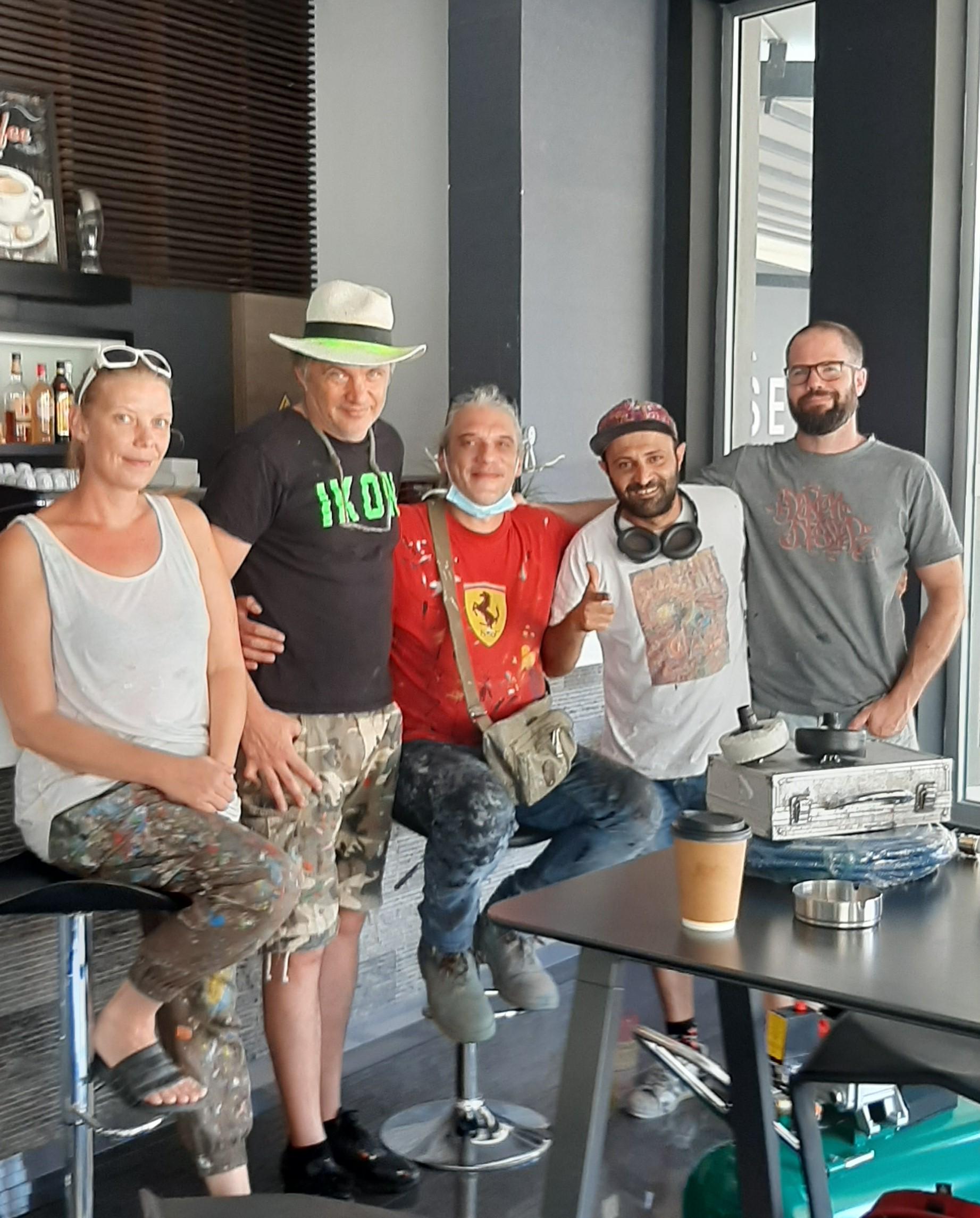 It should be noted that the idea of ​​hotel graffiti is new for Cyprus, but real estate projects with street art elements in decor are quite popular in the world.

Not so long ago, world-renowned artist Banksy opened a themed Walled off Hotel next to the wall on the border between Israel and the Palestinian Authority. Unlike the Banksy Hotel, the Rise Graffiti Hotel overlooks not the wall, but the friendly Mediterranean Sea. And this remarkable fact is also reflected in the new design.

Whatever one may say, Cyprus is, first of all, a bright tourist center, attracting people from all over the world with its optimistic atmosphere. They come here on vacation, build a business, and some even stay, send their children to local schools, work and feel at home. Good graffiti is also always a social culture that teaches people how to get along together and not fight.

The artists who painted outside the walls of the Rise Graffiti Hotel: 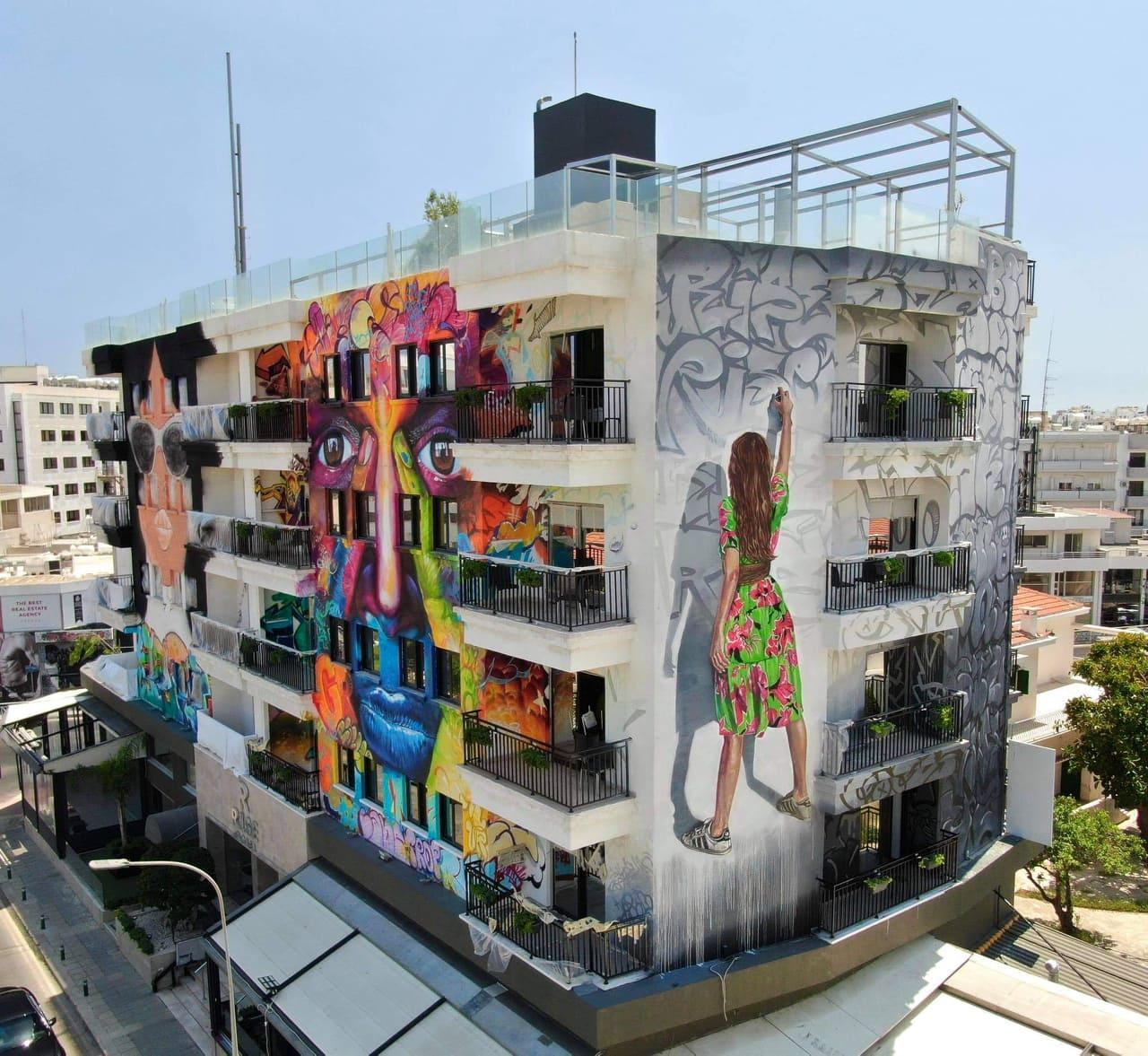 If you are looking for accommodation in Larnaca, contact the DOM office on +357 24621001, or visit us by address: Gregoriou Afxentiou 7, Larnaca, 6023, Cyprus. Here you will always be provided with competent advice and help with renting or buying and selling your home.