It was the first quarter of the twentieth century, when the whole world was captured by the desire for novelty.

There was a clear feeling that the old world was leaving irrevocably and something unknown was coming in its place. The previous forms in architecture, literature, and the visual arts were undergoing a serious rethinking. The new art appeared and began to spread widely. It was a cinema and it was destined to radically change human culture.

Thanks to the development of building technologies and the emergence of material such as reinforced concrete, architects were able to implement new projects that were different in their volumes, layout and unusual shapes. This is how modernism was born in architecture. Today we will talk about how this architectural style emerged in Cyprus. 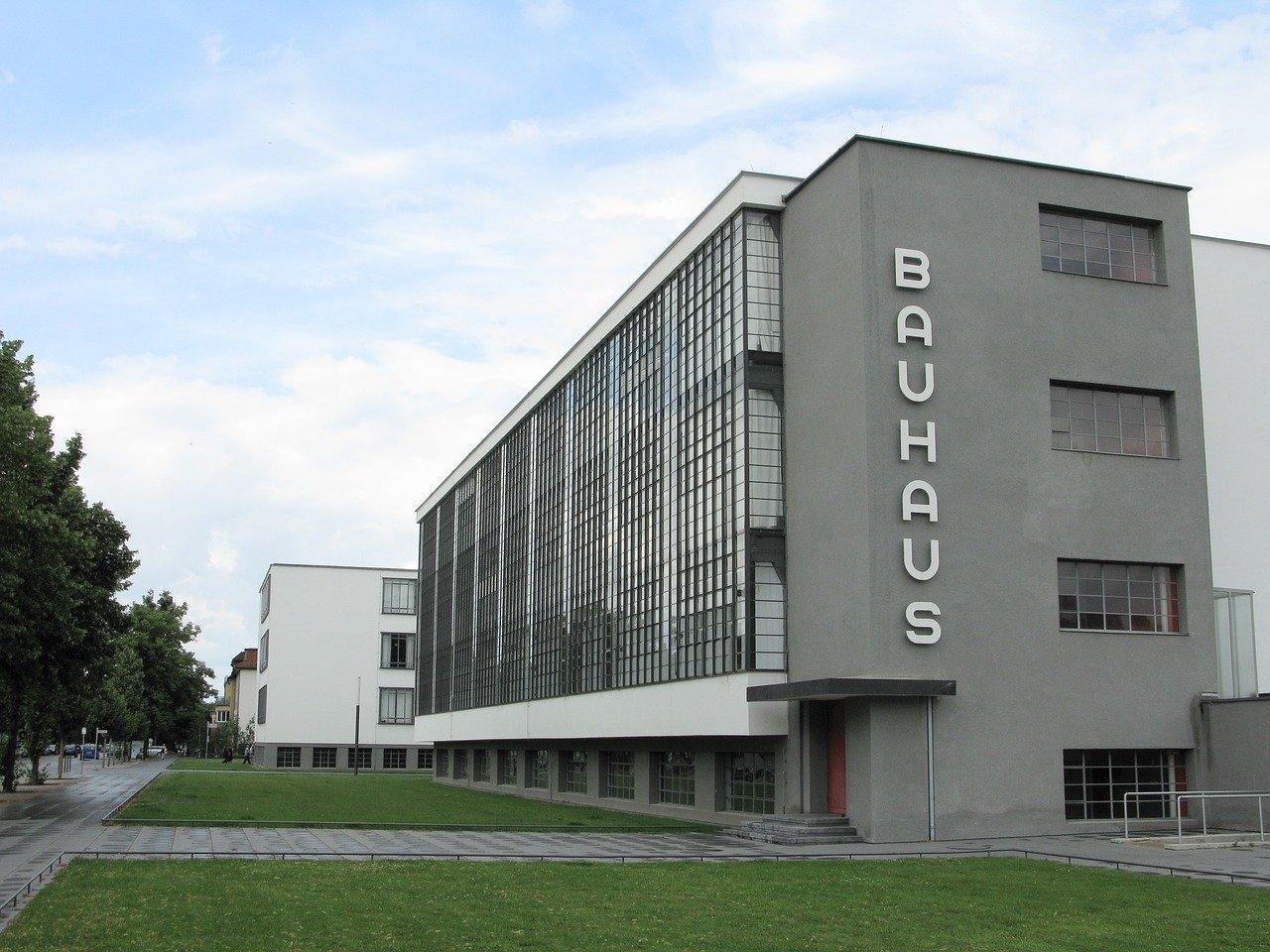 The principles of architectural modernism were formed at the State Higher School of Construction and Shaping, also known as the Bauhaus.

Cyprus did not stay away from European trends. The ideas of modernism were brought here in the 1930s by European architects and Cypriot specialists who studied abroad.

As researcher Panayota Pyla explains, "the colonial administration of that time adopted the idea that modern architecture, reflecting the aesthetics of rationalism and internationalism, as well as idealizing scientific progress, could support colonial politics by promoting Western ideals of technological progress and functionality in the colonies."

At that time, all Cypriot architects were educated abroad. Returning to the island, they found that there was simply no capacity in Cyprus capable of producing the required amount of steel, glass and other building materials. In addition, the climate of Cyprus was significantly different from the climate of Germany and France, which also had to be taken into account. Because of this, Cyprus was gradually developing its own distinctive style, which combined modernist design with the building materials available on the island, primarily limestone bricks. 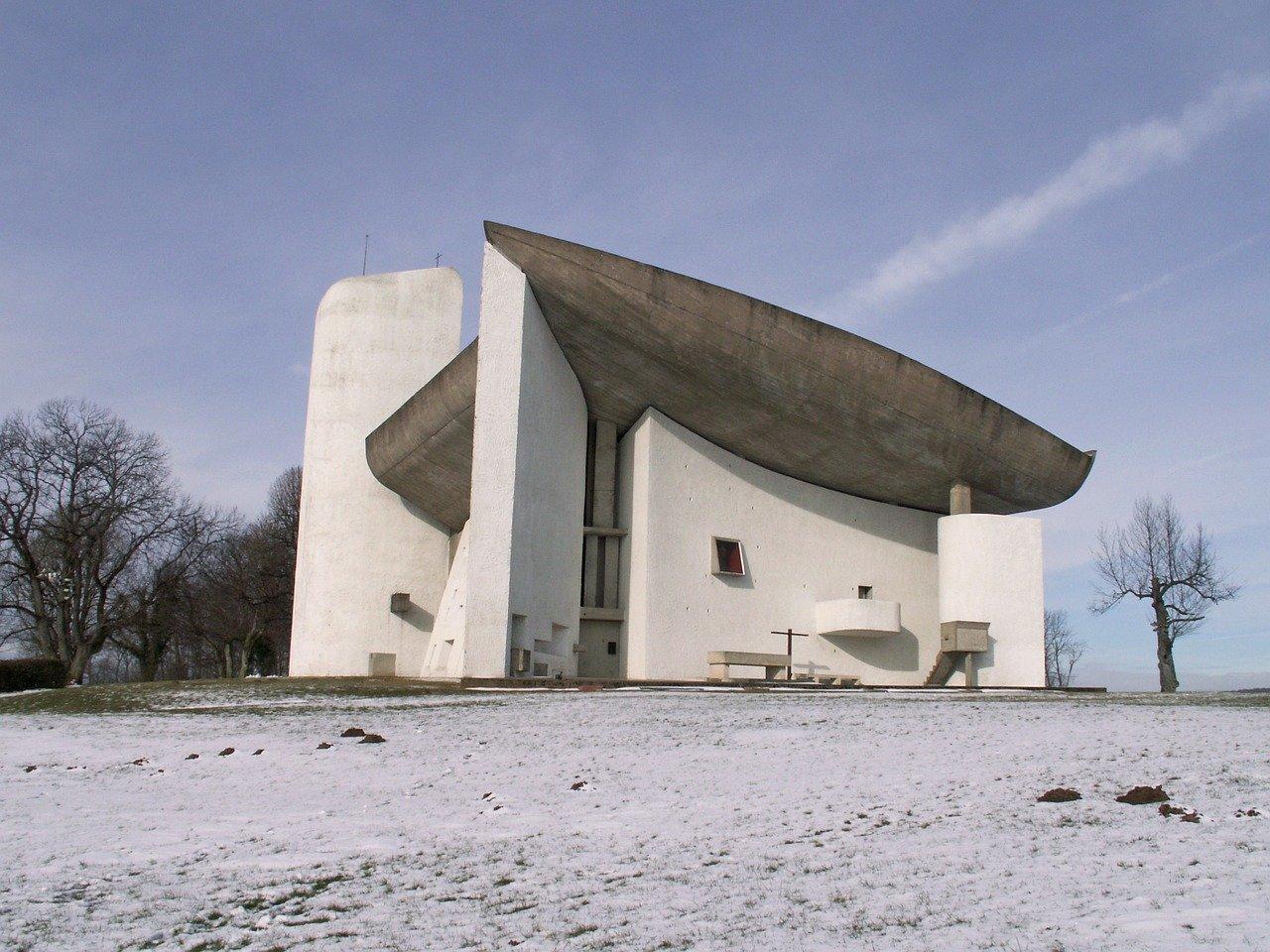 Chapelle Notre-Dame du Haut, also known as the Ronchamp Chapel, one of the iconic projects of French modernism

After the island gained independence, modernism began to be perceived as a unique Cypriot style, which should have helped shape the identity of the young state - European country with a national flavor.

It turned out that the same architectural style now worked as a tool for decolonization and modernization of the new state. The Republic of Cyprus faced two tasks that were relevant for various spheres of state and public life: to create a European identity and to quickly modernize life, which would help attract more investment. The development of tourism on the island has triggered a construction boom. Everything was built in the style of modernism: hotels, schools, factories, churches, private villas and apartment buildings. 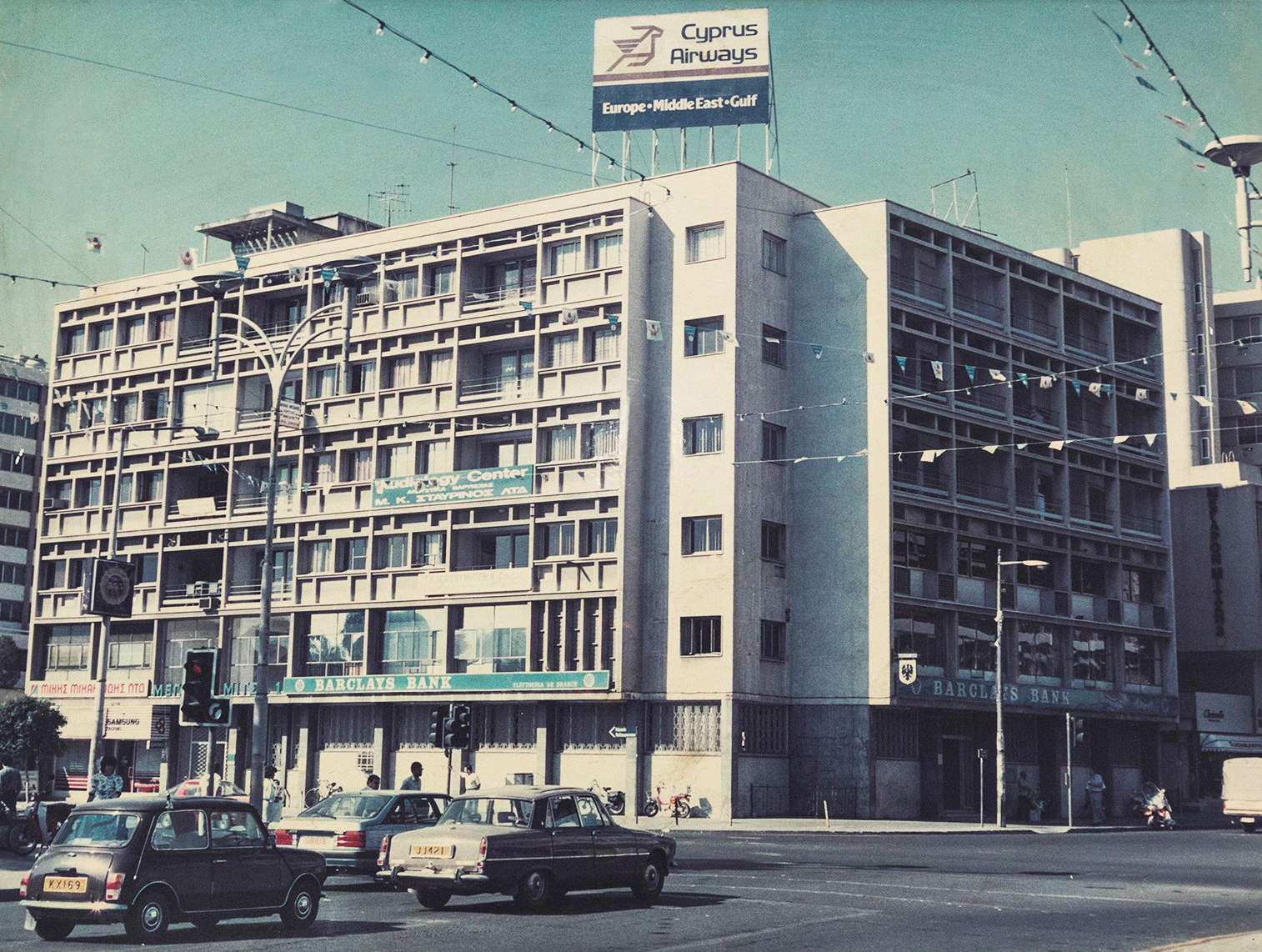 This architectural buzz was thwarted by the 1974 Turkish invasion.

The authorities suddenly needed somewhere to resettle refugees from the occupied territories, so they needed the most simple and affordable housing. In a crisis situation, there was no time for architectural experiments.

In the 1980s, the construction sector was gradually recovering, tourism provokes new construction activity. At this time, many dilapidated buildings from the colonial times (including modernist buildings) are being demolished, freeing up space for simple residential complexes, hotels, and sometimes just parking lots. However, today the value and uniqueness of Cypriot modernism as an architectural style is becoming more evident. More and more attention is paid to modernist buildings.

Buildings in the style of modernism are very often overlooked by residents, who may not have any idea that the school where their child goes, or the private house next door, are outstanding works of architecture.

The city authorities also often treat such buildings with neglect, as they don't consider them worthy of preservation or restoration of historical monuments (it should be admitted that such an attitude in Cyprus is characteristic not only of modernist architecture, but also of buildings in the colonial style). Knowing this, it is especially important to understand Cypriot Modernism, perhaps the most underestimated architectural style today. This will help you look at Cyprus from a whole new angle. 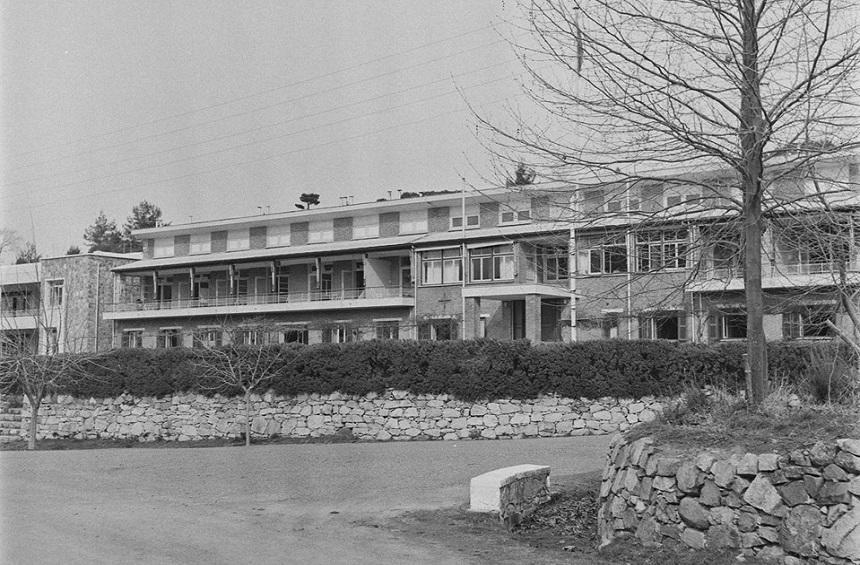 Designed by Polybios Michaelides in 1935, one of the first modernist designs in Cyprus.

Polybios Michaelides (1907-1960) was considered the father of Cypriot modernism and one of its most prominent representatives. From 1931 to 1935, he worked in the architectural office of the famous Le Corbusier in Paris. Michaelides returned to Cyprus in 1935 and immediately began to implement his bold ideas. Together with his brother Yorgos, who was an engineer, he opened the Michaelides Bros architecture bureau, which was entrusted by the colonial authorities with the design of the sanatorium. 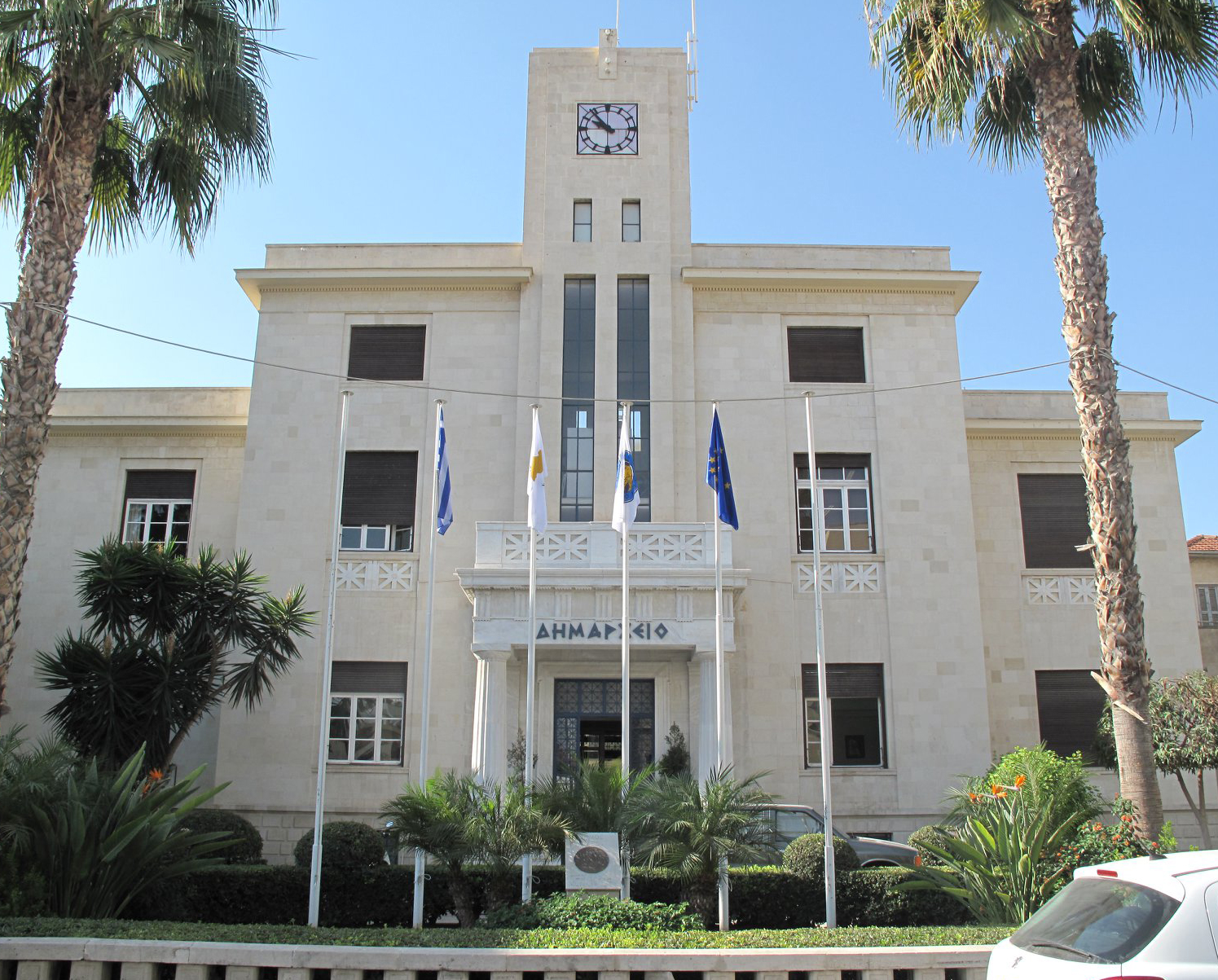 The building (that still adorns the center of Limassol today) was designed by the architect Benjamin Gunsburg in 1938.

This was one of the first modernist buildings in Cyprus. 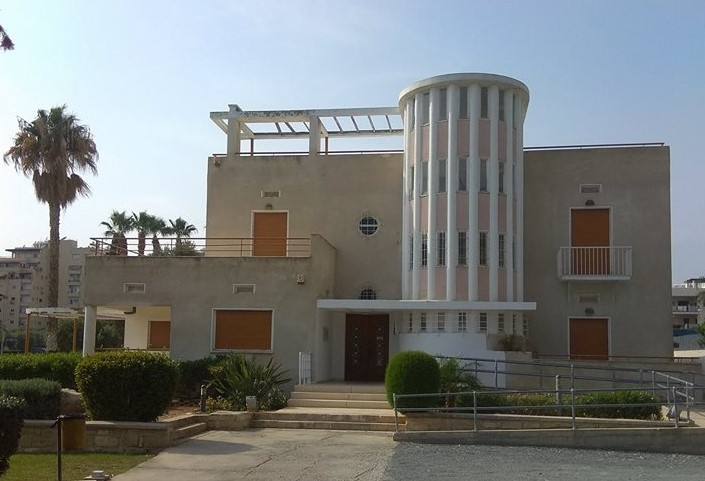 The building was built in 1938 by Benjamin Gunsburg.

It was originally the private house of the Paulides (Pavlidis). In 1984, the owners of the house transferred it to municipal ownership. Now an art gallery is located here. Today it houses the largest collection of contemporary Cypriot painting.

Villas on Gladstonos Street in Nicosia

An unusual private house in the center of Nicosia was built by the architect Lukas Hadjilouka in 1939.

Next to it is another modernist project created by the architect Hrastan Balian in the same year (1939). 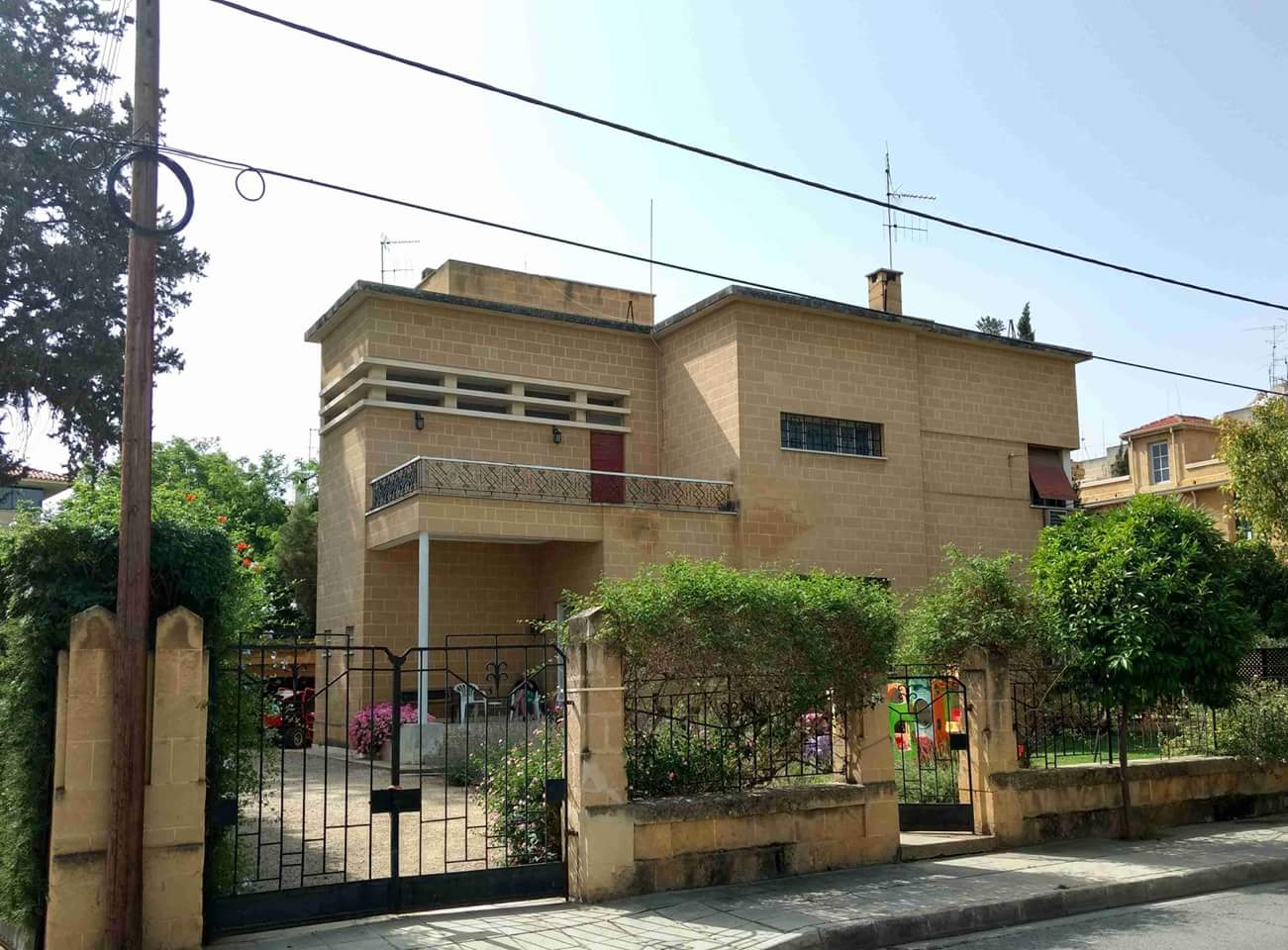 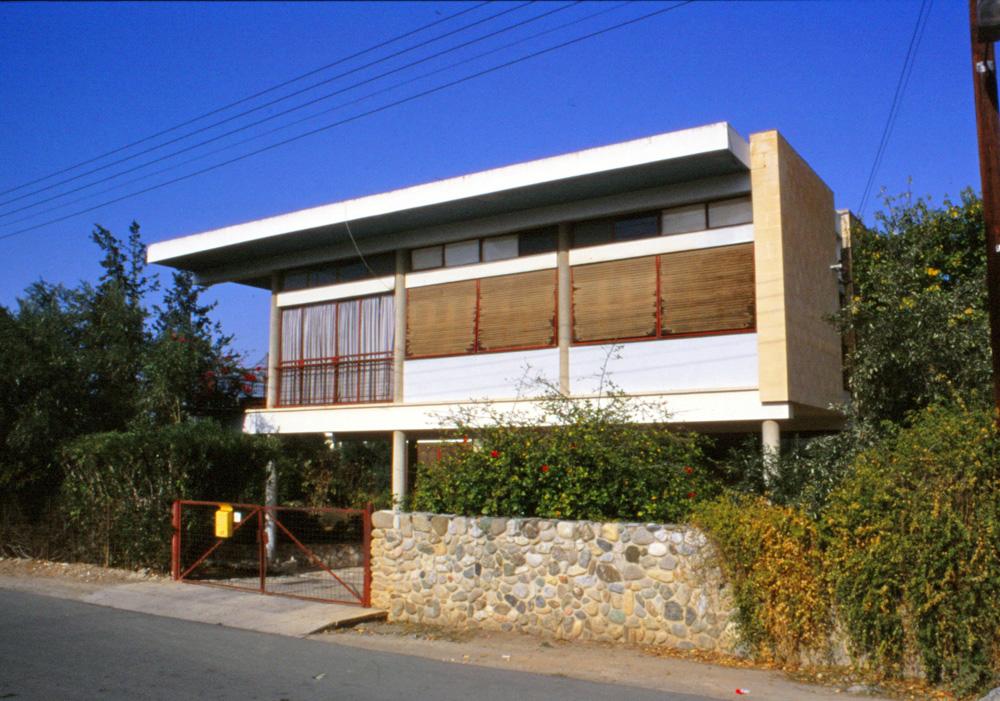 Neoptolemos Michaelides (1920-1993) was considered the second most important modernist architect in Cyprus and another founding father of this style on the island.

His professional activity took place in the post-war period. His first project, developed in 1949, was the villa of the artist Theodotos Kanthos, his close friend. The construction of the building was completed in 1952. The building is distinguished by functionality, lack of decorative and symbolic elements, and simple forms.

Library of the Pancyprian Gymnasium 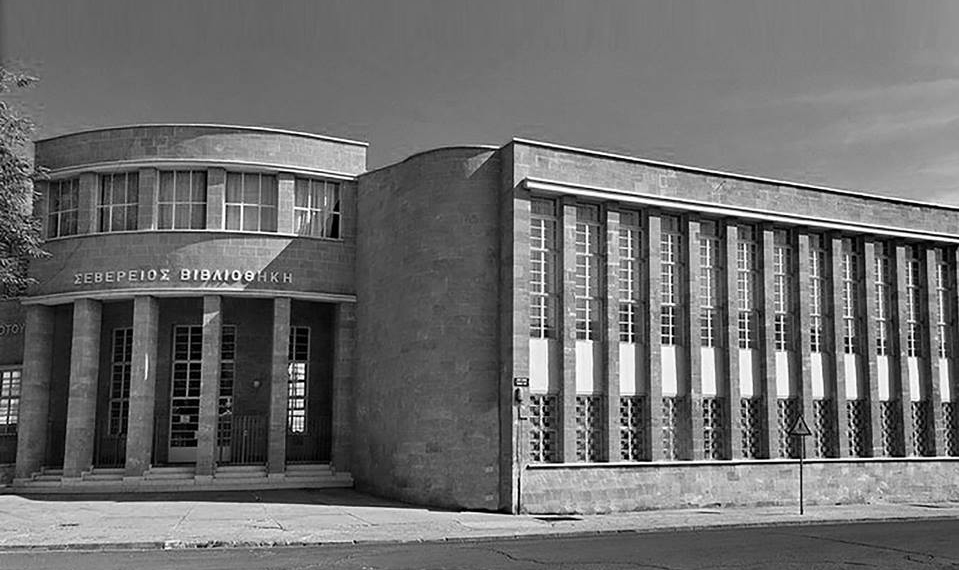 In 1812, the Primate of the Cypriot Orthodox Church, Archbishop Kyprianos, founded a Greek school for boys in the capital.

In 1893, the educational institution, which by that time had become the most prestigious school on the island, was renamed the Pancyprian Gymnasium. In the mid-1940s, the administration announced a fundraiser for the construction of a new library.

The main donor was the renowned Cypriot businessman and philanthropist Demosthenis Z. Severis, who donated about £6,000 to the school where he studied when he was a child (that's why the library bears his name). The project of the new library was entrusted to Polybios Michaelides; the building was built according to his sketch in 1949. 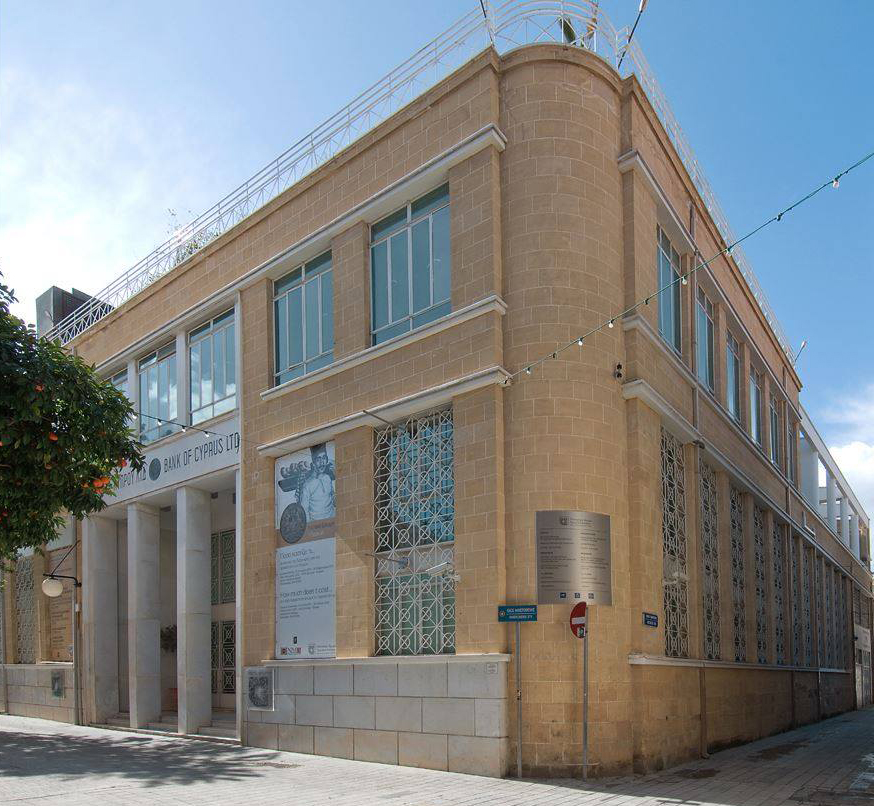 Built by Polybios Michaelides in 1952. Externally, it combines elements of modernism and traditional Cypriot architecture.

Building of the 'A Technical School of Nicosia 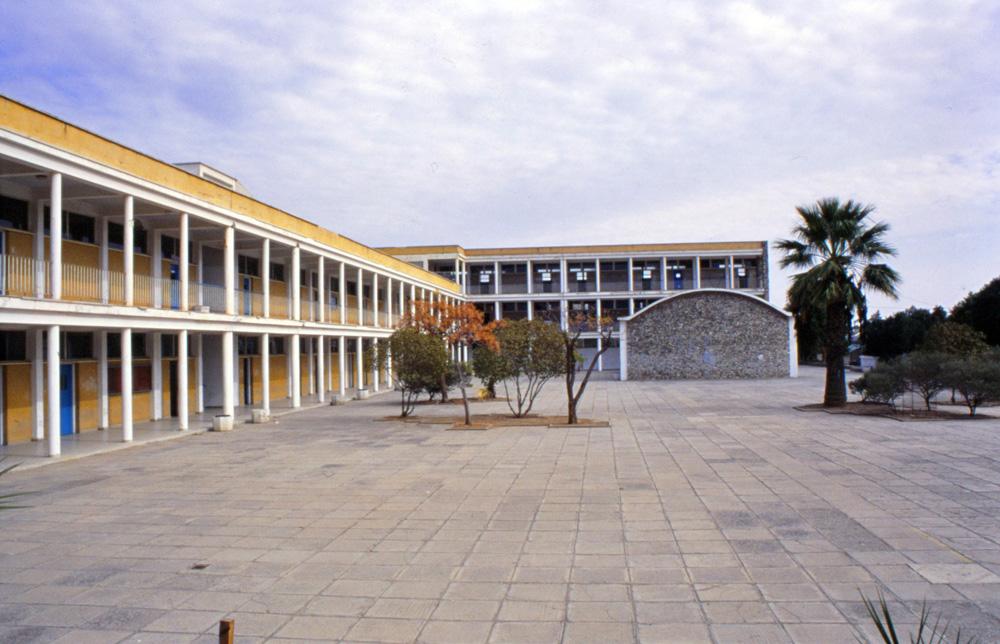 In Nicosia, on Archbishop Makarios III Avenue, opposite the former Hilton hotel, the 1st Technical School of the capital is located. It was designed by Tripe & Wakeham in the 1950s.

Lyceum of St. George in Larnaca

The school was originally a gymnasium, not a lyceum. The building for it was designed by N. S. Roussos and J. Pericleous in 1960.

The building of the Enosis Neon Trust sport club in Nicosia 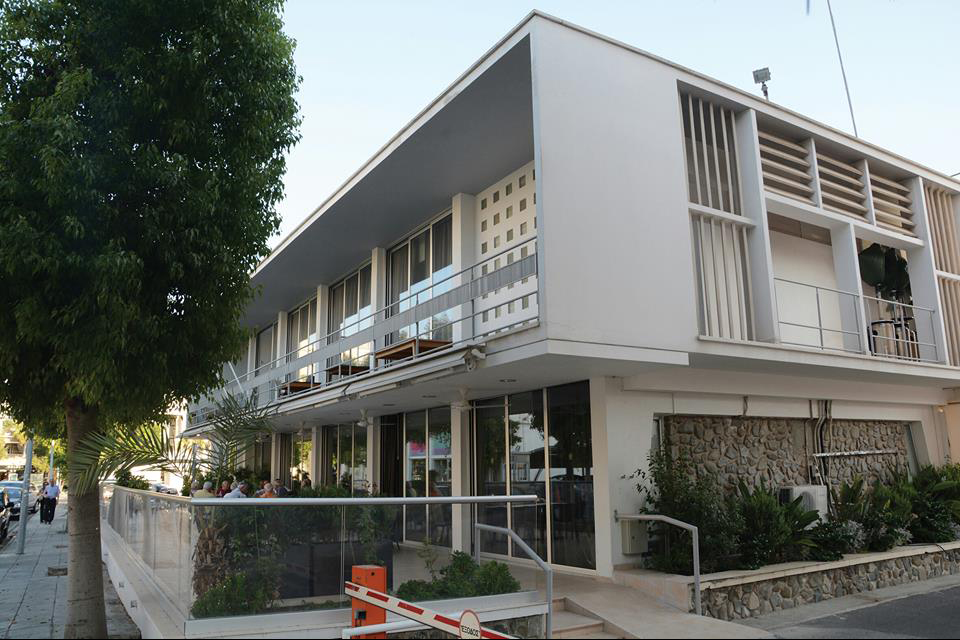 The last project of Polybios Michaelides, the construction of the building was completed a couple of months before the death of the great architect in February 1960.

The building is characterized by lightness and transparency of forms, masterly decisions in the layout, a lot of light.

Building of the Press and Information Office in Nicosia 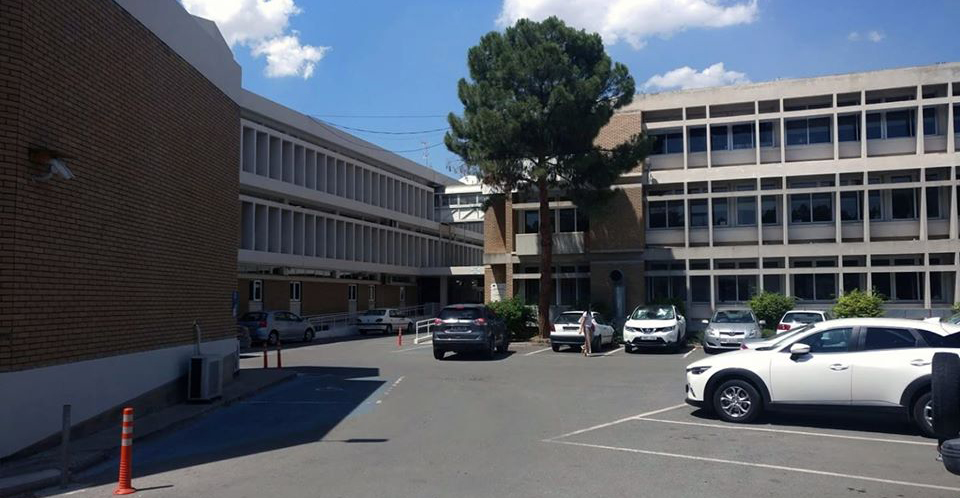 The former Press and Information Office (PIO) building was designed by architect Andreas Philippou and his agency J&A Philippou in 1966. 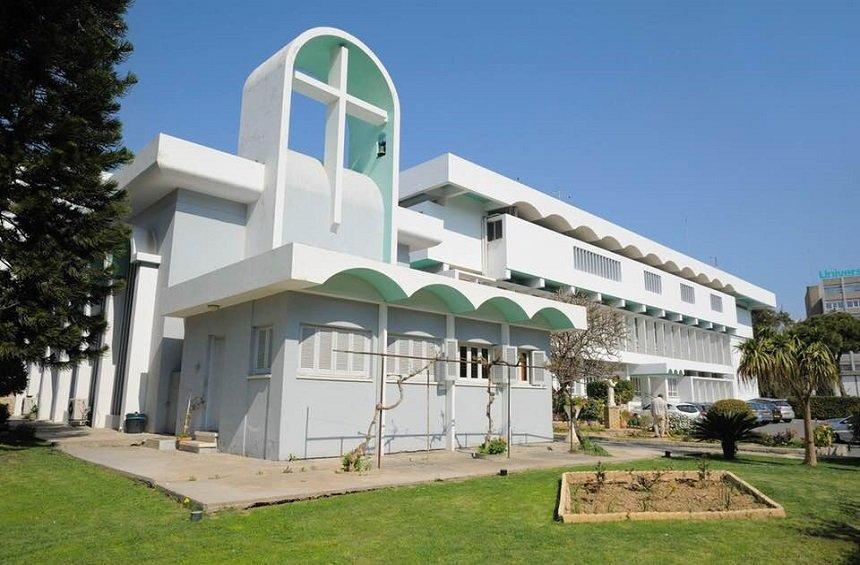 The school, known today as Saint Mary's, was founded in 1923.

It was originally called Terra Santa and was located in a building on Agiou Andreou Street (today the administration of the Metropolitan of Limassol is located in that building). In 1966, architect Stavros Ikonomou designed a new building for the educational institution, where the school is still located. 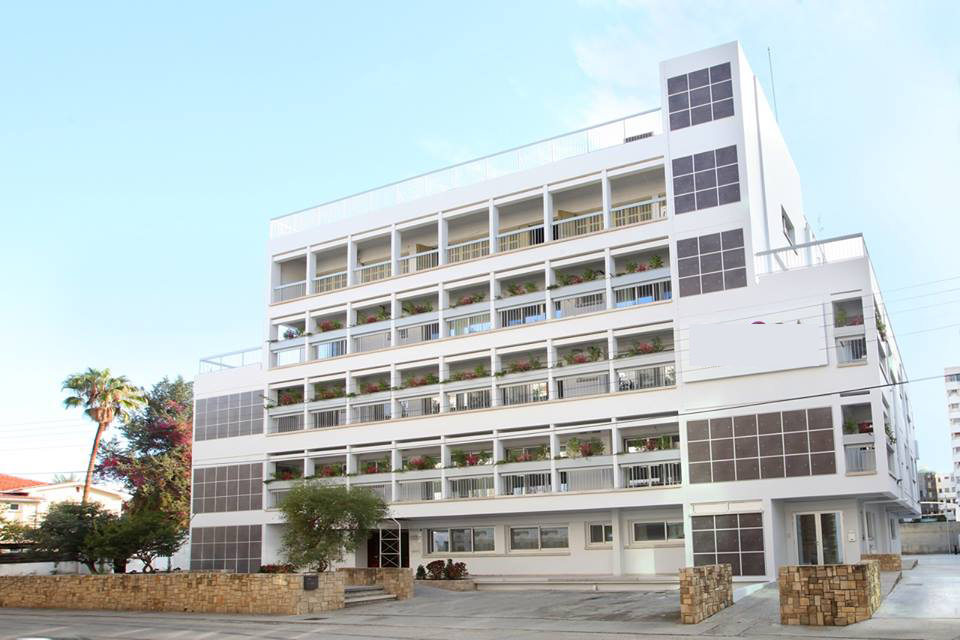 The clinic in Lykavitos, Nicosia was built in 1973 by the architect Nikos Sandamas. 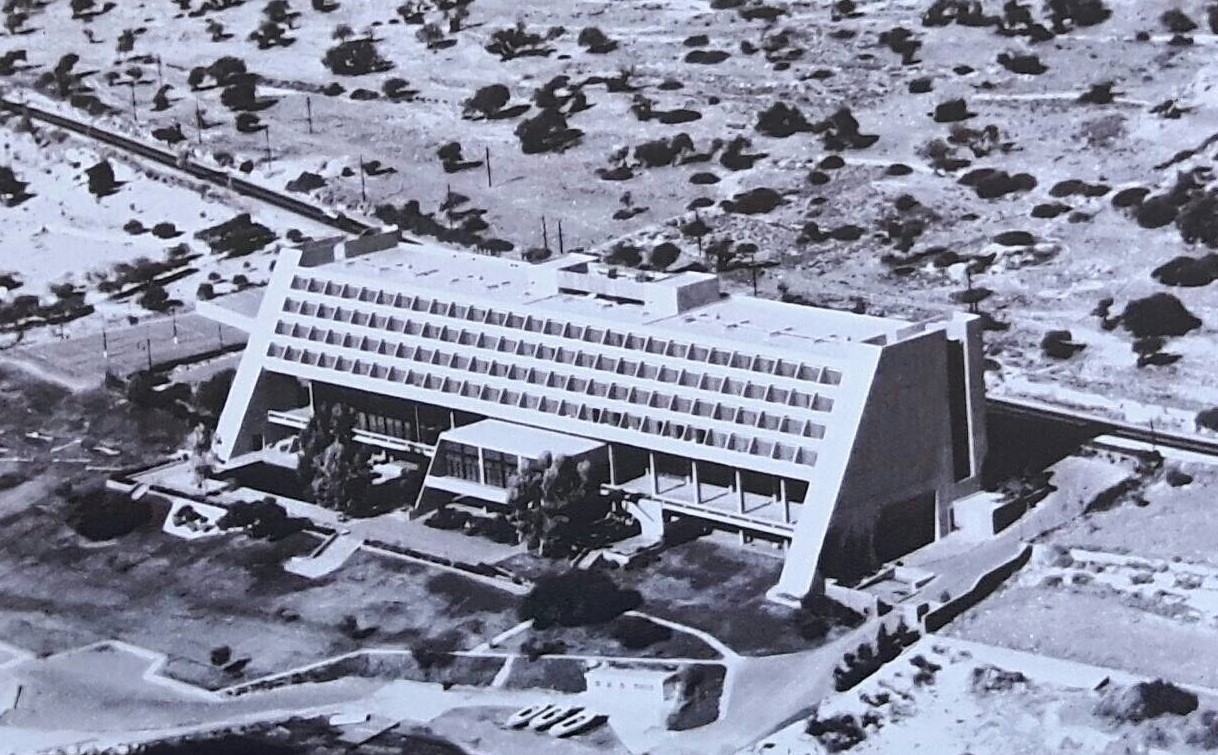 In 1973, the architect Fotis Kolakidis designed a top-class hotel to be built on the coast of Agios Tychonas.

The construction of the hotel coincided with the events of 1974, but the political situation did not stop the owners of the hotel, who managed to finish building the hotel in spite of everything.

Church of St. Macarius and Paul in Strovolos 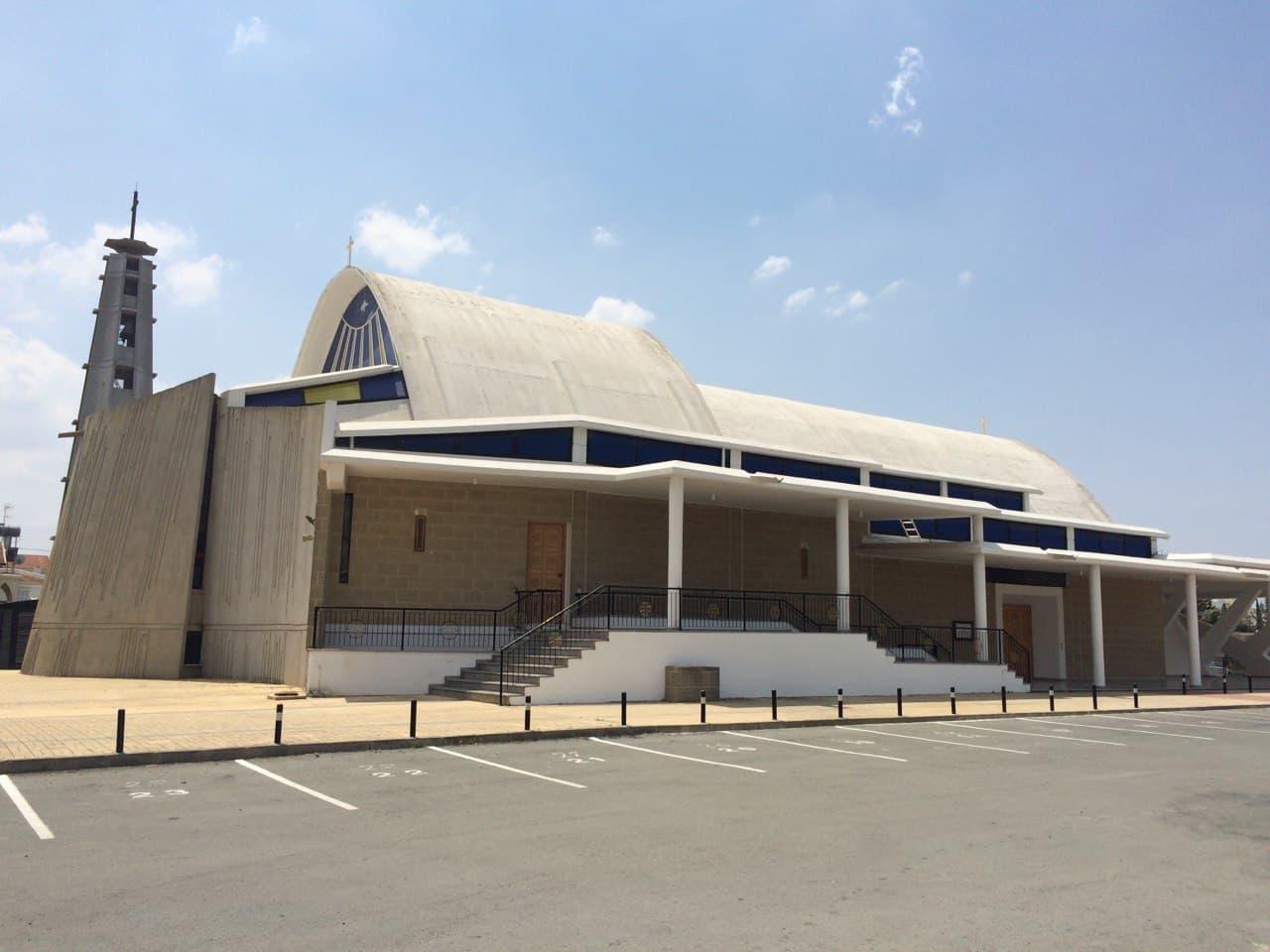 Perhaps the most unusual church in Cyprus.

It is located in an area called Dasoupoli, at the very beginning of Athalassas Avenue. The church was built by the architect Neoptolemos Michaelides in 1974.

If you are looking for interesting housing options in Cyprus, then check out the DOM Real Estate. Here you will find residential and commercial properties for every taste and budget.