Many people know that in the Middle Ages, Cyprus was famous for its sweet wine commandaria, which began to be made here by the knights-crusaders in the 13th century.

Slightly fewer people are aware that the island was also famous for its salt, which was mined from the Larnaca Salt Lakes. But very few people are aware of the main export product of Cyprus in the Lusignan era - sugar.

Sugar production and sale to Europe had long been the main source of income for the privileged residents of Cyprus. Of course, such a developed manufactory as a sugar left traces in construction and architecture, because the whole process was time consuming and required special technologies and spacious buildings.

Near the castle in Kolossi, there is a well-preserved building that resembles a medieval basilica. Many tourists really mistake this elongated arched building for a church, unaware of its real purpose. In fact, it is nothing more than a sugar factory. The village of Kolossi under the Franks was not only a place of wine production, it was also famous for its sugar. 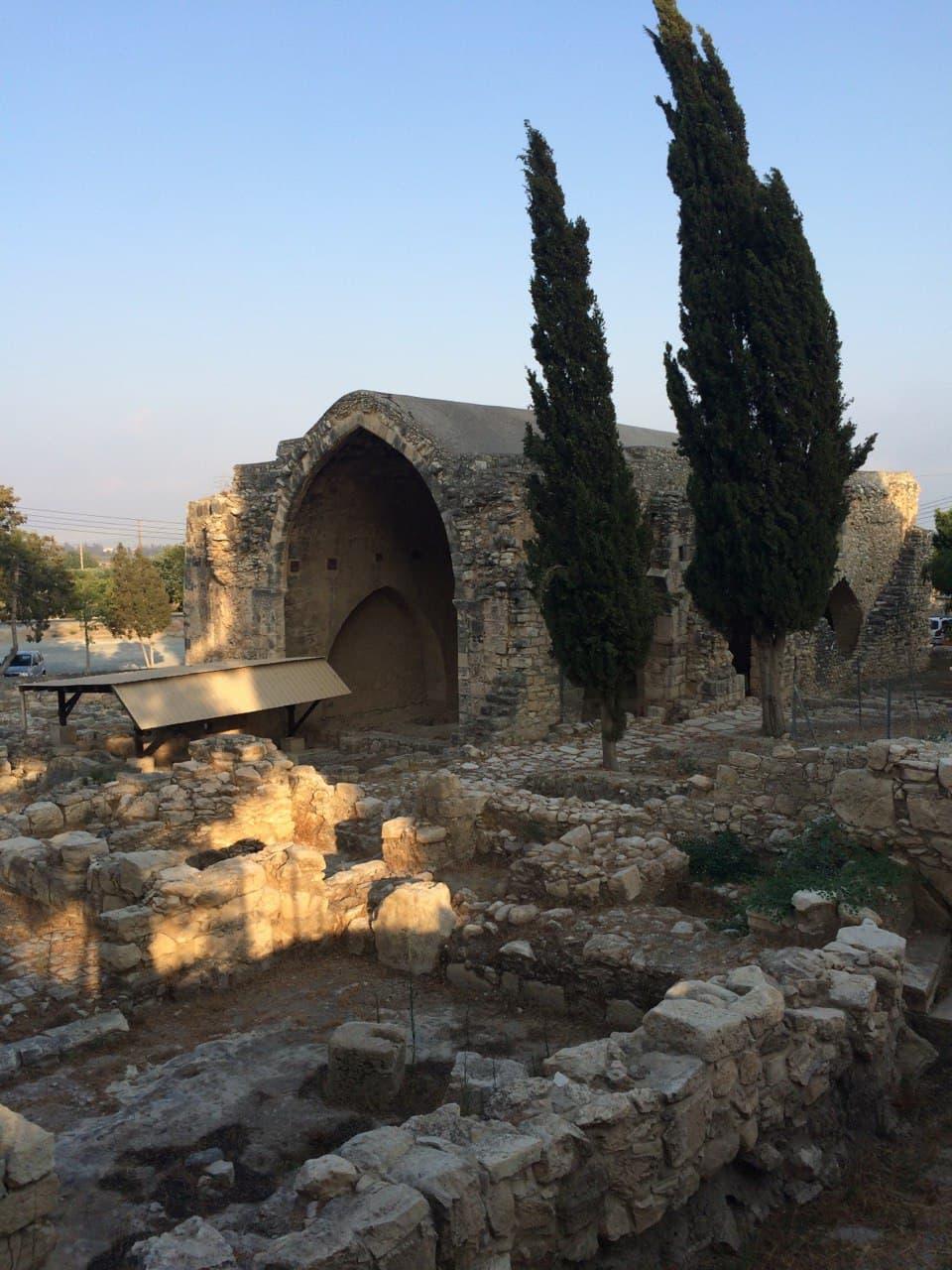 How did Cyprus become the main sugar supplier to Europe? Why did this profitable occupation cease? How was the production process organized and what types of sugar were made on the island? All this in our today's material.

History of sugar in Cyprus

Sugar production made Cyprus the center of advanced technologies at the time.

The island and its king would certainly be poorer without sugar. It was sugar that attracted foreign silver and imported goods, provided loans, gave jobs to locals, refiners and intermediary merchants. Sugar created the Frasnian sugar era, wrote historian Anthony Luttrell.

Today sugar has become an absolutely familiar and affordable product, but in the 13th century, white sweet substance was a novelty for Europeans. The Dominican monk Burchard of Mount Sion, who visited the Holy Land at the end of the 13th century and left his "Description of the Holy Land", had to explain to his European readers what kind of product is obtained from the processing of sugar cane, because they simply did not know what is sugar and what is it for (that time europeans used honey). Burchard described sugar as "very tasty and suitable for flavoring cakes." At the same time, sugar was very popular among Muslims in the Middle East. The Sultan's court in Cairo alone consumed 300 tons of sugar in various forms per month.

The technology for making sugar came to the Middle East from India thanks to the Arab conquests and commercial contacts with Southeast Asia. The crusaders became familiar with this technology in the Holy Land and Syria. When the Christian dominions in the Levant fell under the onslaught of the Muslims, the knights brought their know-how to Cyprus, Rhodes and Sicily. In Cyprus, by the way, sugarcane was already known, it was brought from Egypt back in the 10th century, but before the Crusaders this agricultural crop was not widespread and popular. The mass production of sugar began in the 13th century, reached its climax in the 14th century (after the Arabs expelled the Europeans from the Holy Land in 1291, and the remnants of Christians were evacuated to Cyprus) and almost completely disappeared in the 17th century. 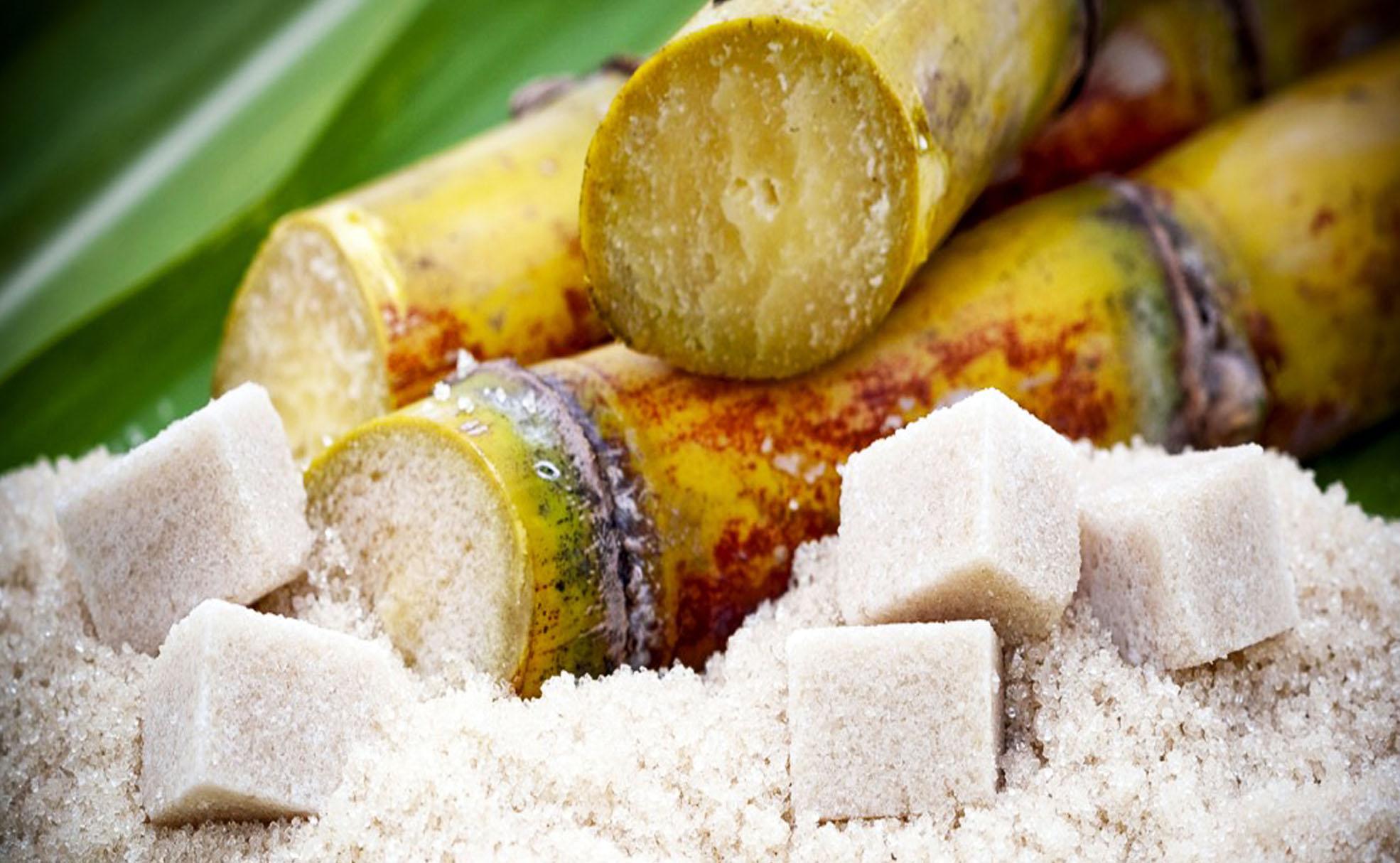 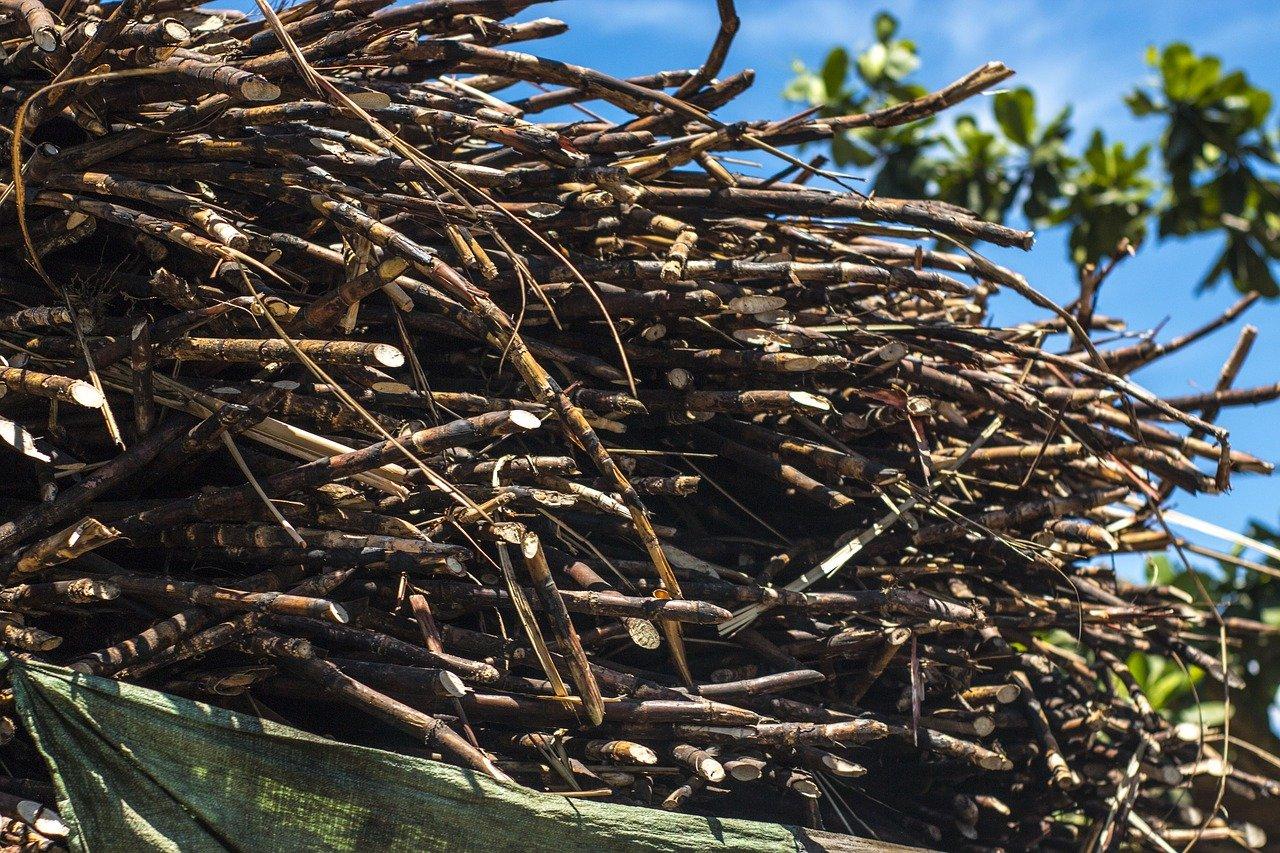 The Venetian Marino Sanudo wrote in the 14th century that Cyprus produced so much sugar that there was enough sugar for the entire Christian world, so that it would no longer be necessary to buy sugar from the Saracens (= the Arabs).

Sugar cane plantations were found in Akanthou, Lapithos, Morphou, Lefka, Chrysochou, Lemba, Emba, Finikas, Achelia, Koukla, Anogyra, Episkopi and Kolossi. The largest owner of the sugar fields was the Lusignan royal family. Other big planters competed with them in the cultivation and production of sugar: the knightly order of St. John, the Catholic bishop of Limassol, the Catalan Ferre family and the Venetian family of Cornaro, which eventually became the largest sugar producer and exporter. 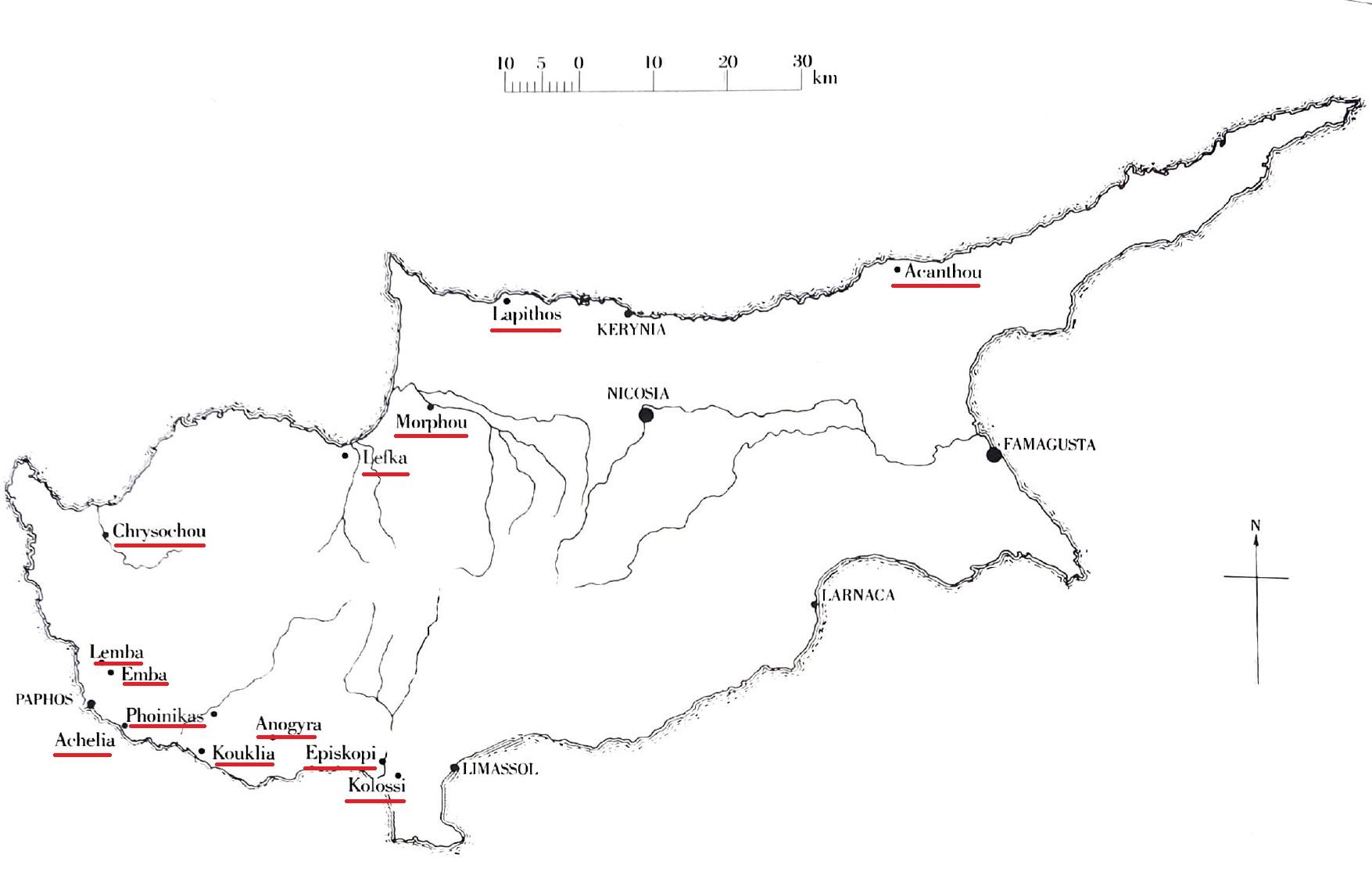 Places where sugar cane was grown are underlined in red

I arrived at the Baffa (= Paphos) fortress in the domain of the King of Cyprus. A large amount of sugar is produced in this fortress, the Italian traveler Martano wrote in 1394.

By the end of the XIV century, sugar had ceased to be something unusual for Europeans, becoming a desirable overseas commodity, which, however, could be afforded only by aristocrats.

In 1468, a conflict broke out over the production of sugar.

Officials of King James II left the sugarcane plantations in Episkopi, owned by the Venetian family Cornaro, without water, which killed the annual crop of plants. The powerful Cornaro initiated legal action and eventually received compensation for their financial damage.

The decline of the sugar factory began in Cyprus at the end of the 16th century. About 100 years earlier, the Portuguese had established sugar plantations in the Canary Islands and Azores, and a little later in Brazil. Sugar from the New World was much cheaper than Cypriot sugar, because slave labor was involved in the production there. While Cyprus was producing a couple of tons of sugar a year, the Portuguese increased their annual production to 200 tons. All this led to the fact that making sugar became unprofitable, but the Turks, who already owned the island by that time, were able to get out of the situation quickly. They cut down all the sugarcane plantations and planted cotton in their place. This is how the "sugar era" ended on the island. 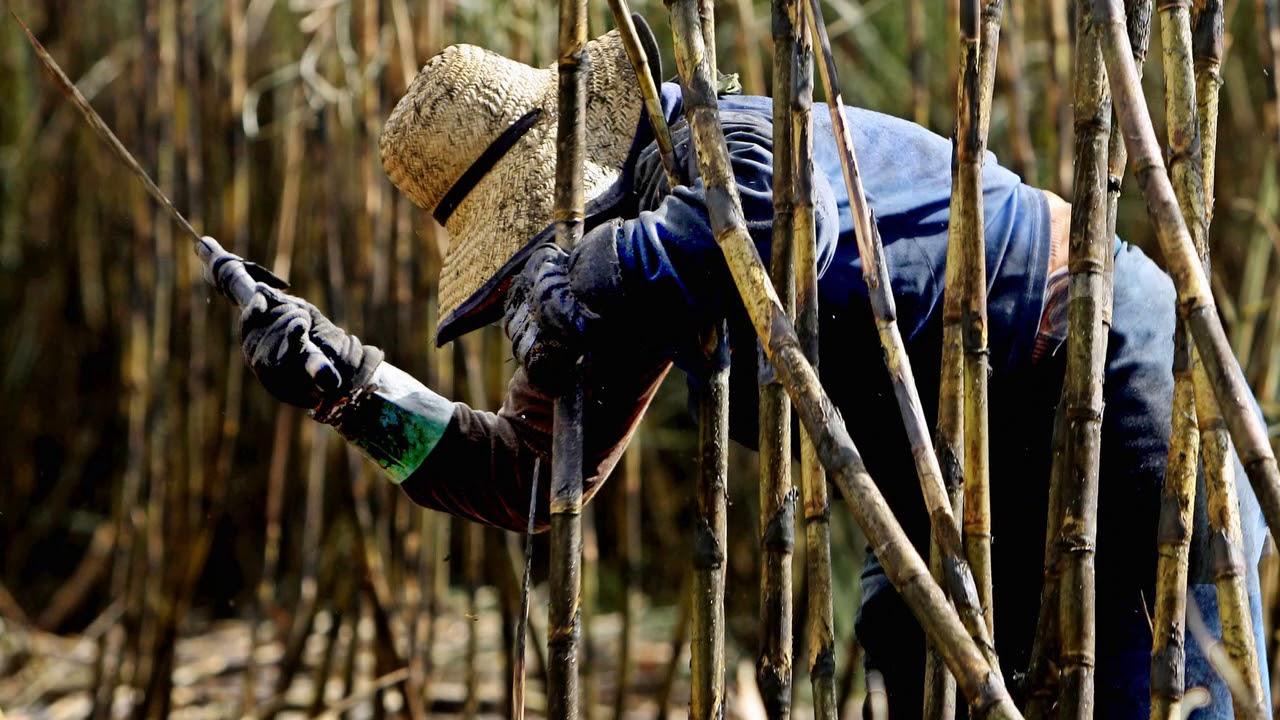 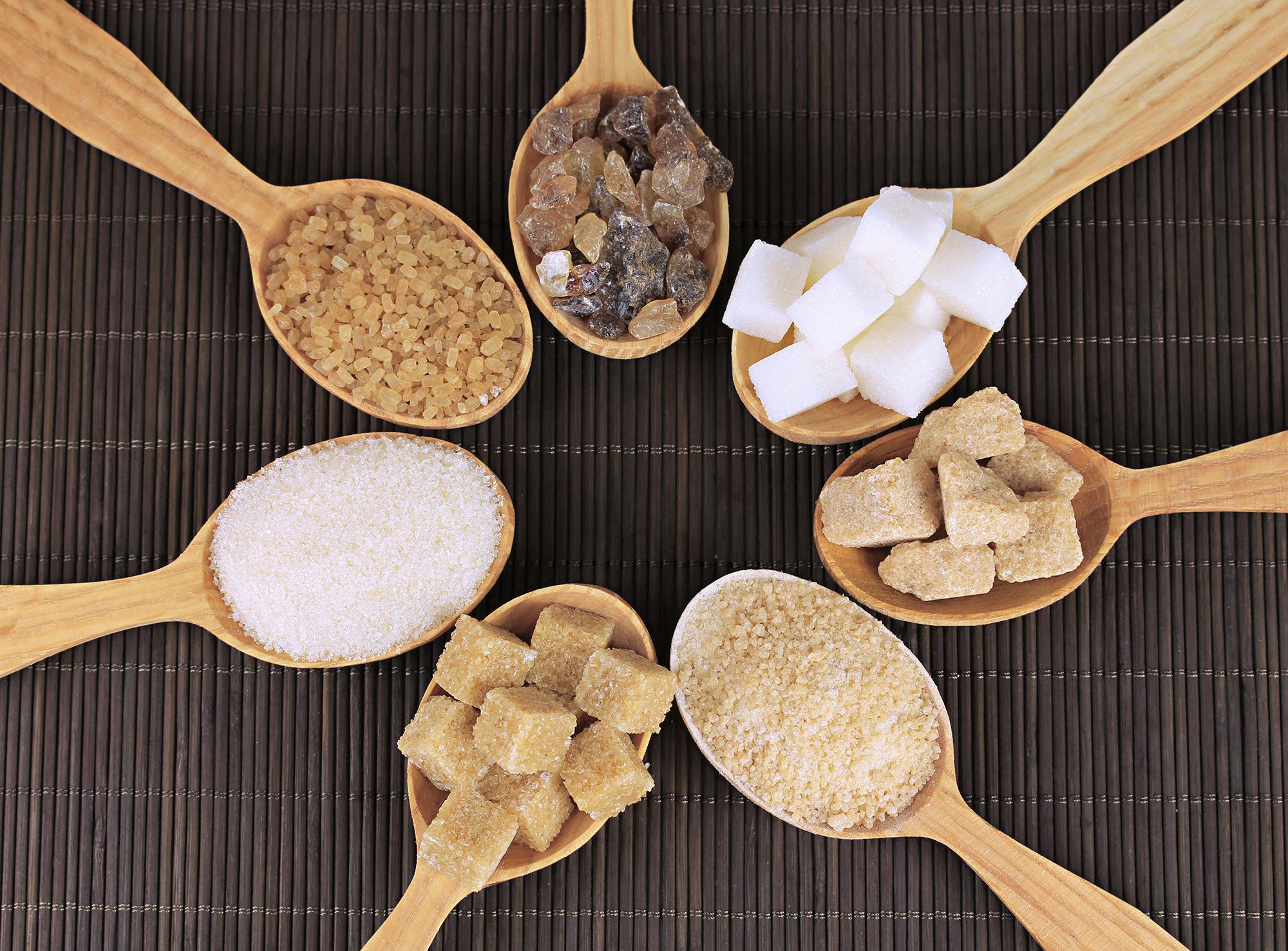 Czech travelers Jan Hasinstein and Ulrich Prefacy, who visited the island in 1546, left a short and clear description of the process of making sugar:

Sugarcane grows very tall, taller than a man, and very thick. The plant is full of green sap, it is like honey in density. Sugar is made from it, when the cane ripens, this happens in October. It is cut down, peeled of foliage, cut into pieces and sent under a press. This is how a dark thick juice is obtained, unpleasant in appearance. This juice is boiled in large vats, - the Czech travelers Jan Hasinstein and Ulrich Prefatsy, who visited Cyprus in 1546, described the process of making sugar.

The description of Czech travelers is very accurate.

Sugar cane ripened in mid-autumn was cut down at the root, peeled of leaves, cut into pieces and placed in large sugar mills, where the pieces of the plant were ground. The mills worked either from water or from animal labor. At the Koukla sugar factory, the cane was ground twice in two different mills to achieve the best effect.

Grinding the cane produced juice - a cloudy brown liquid (by the way, freshly squeezed sugarcane juice is still sold in the markets of the Middle East and Africa). The juice was poured into huge copper cauldrons, which stood in a separate room on the hearths. The cane juice was boiled. The longer, the better the final product was. As it boiled, different vats were removed from the fire at different times to obtain three types of sugar (more on this below). The quality of the sugar substance, therefore, depended on the cooking time.

Cypriot sugar manufacturers used two types of sugar refining vessels. The first was a clay cone with a hole in the narrow part. This cone was inserted into a flat-bottomed pot with a wide mouth to form a device for separating molasses (dark sugar syrup) from granulated sugar. The boiling cane juice was poured into a cone and left for the molasses to drain into a pot located underneath.

Clay vessels for separating sugar from molasses were of three types, differing only in height. 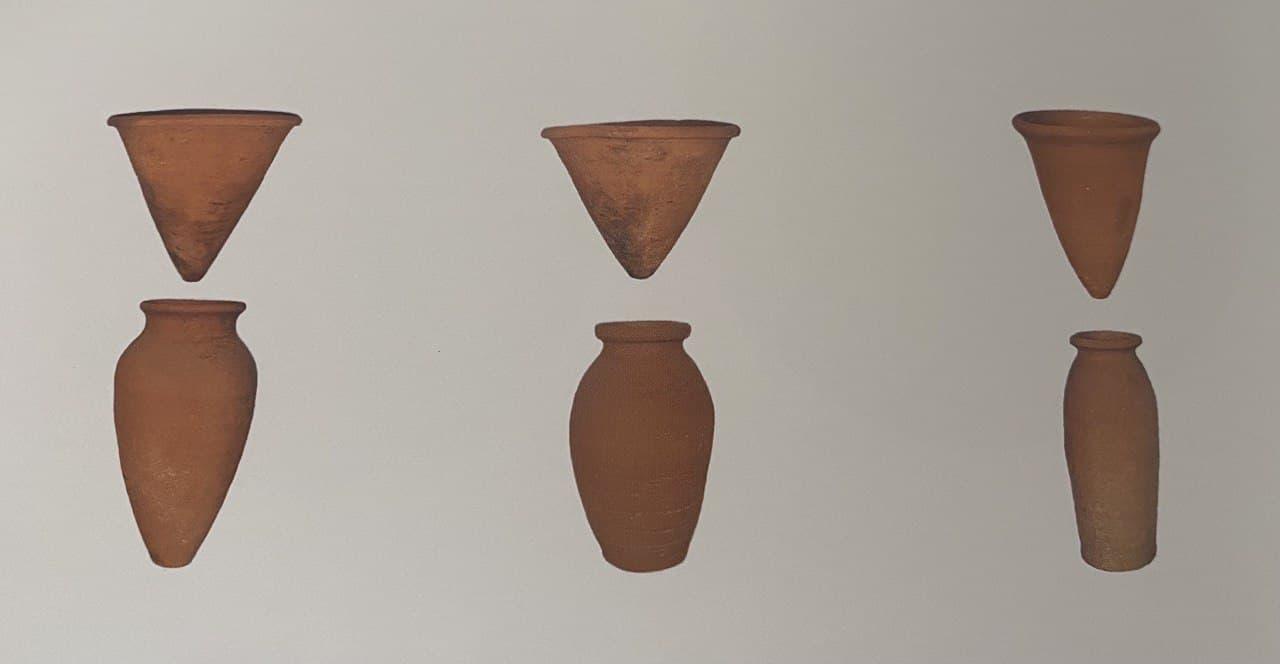 The Florentine merchant Francesco Balducci Pegolotti, who visited Cyprus in 1336, wrote that Cyprus produces the best sugar in the world.

He left a description of three types of this sweet Cypriot product. Sugar was divided into varieties according to its friability and richness of syrup. The fact is that if the cane juice was boiled a little, then tough pieces of the plant and undissolved organic substances remained in it, which quickly blocked the hole in the lower part of the clay cone, which is why the final product was more like a suspension of dark color. It was the cheapest and lowest-quality type of sugar, it was called "sugar dust" (Italian Polvere di zucchero), although in appearance it looked more like not dust, but a mud mass.

Ironically, this is the type of sugar that has sold the best because of its low price. If the cane juice was boiled for a long time, then the molasses separated more easily, the sugar became lighter and friable, more reminiscent of modern granulated sugar. This sugar was called Bambillonia or Caffetino. An intermediate product that appeared to be similar to today's muscovado was called Musciatto. The molasses left over from the production was sold to farmers, who, however, in the old fashioned way, preferred honey or carob syrup.

The finished sugar was laid out in ceramic amphorae and packed in two layers in wooden boxes, which, according to the same Pegolotti, contained 16 vessels wrapped in hemp cloth. The entire production process, from the time of cutting the cane to sending the sugar for export, took one month. 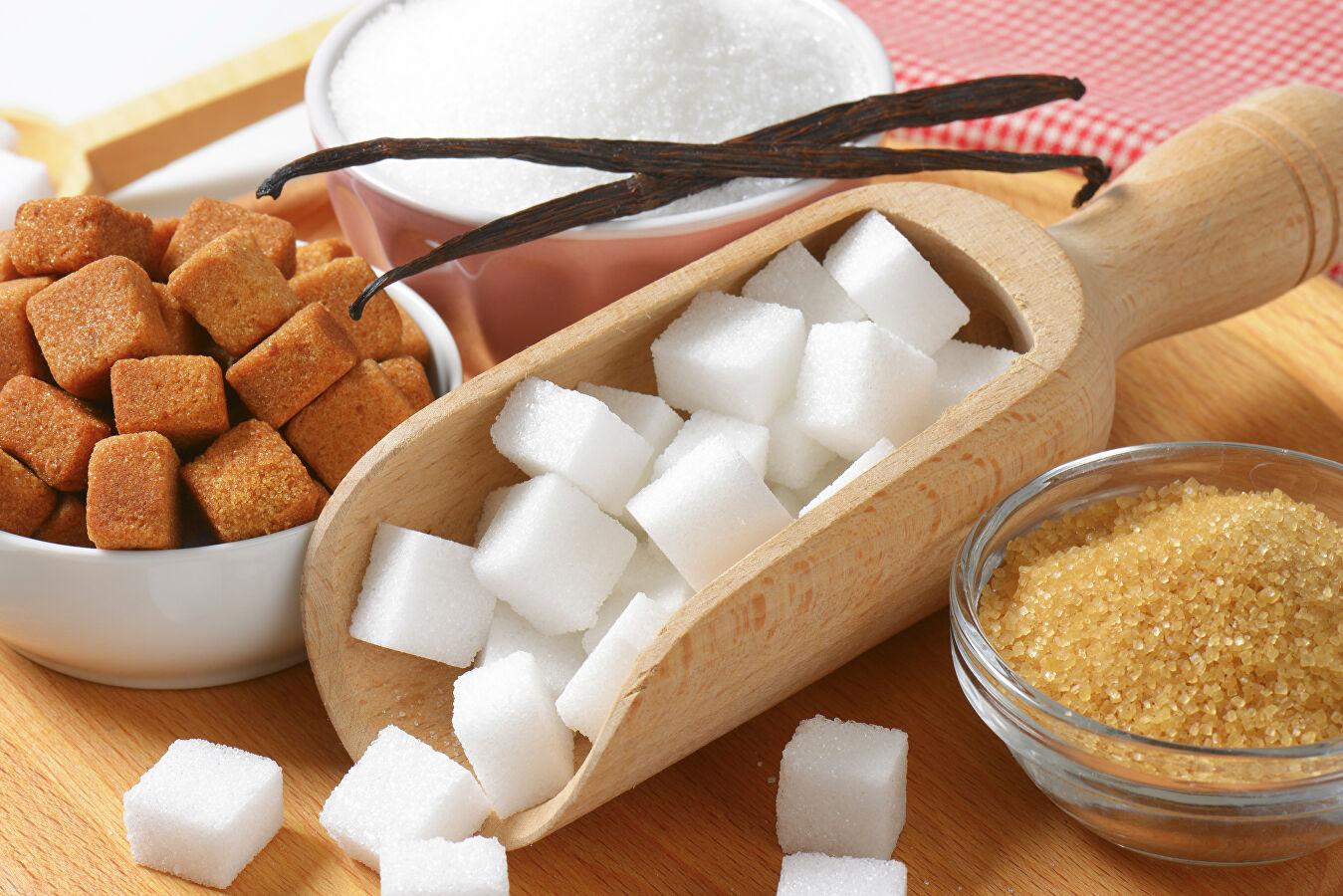 Archaeologists have discovered the remains of four sugar factories on the island: two of them in the Paphos region and two in the Limassol region. 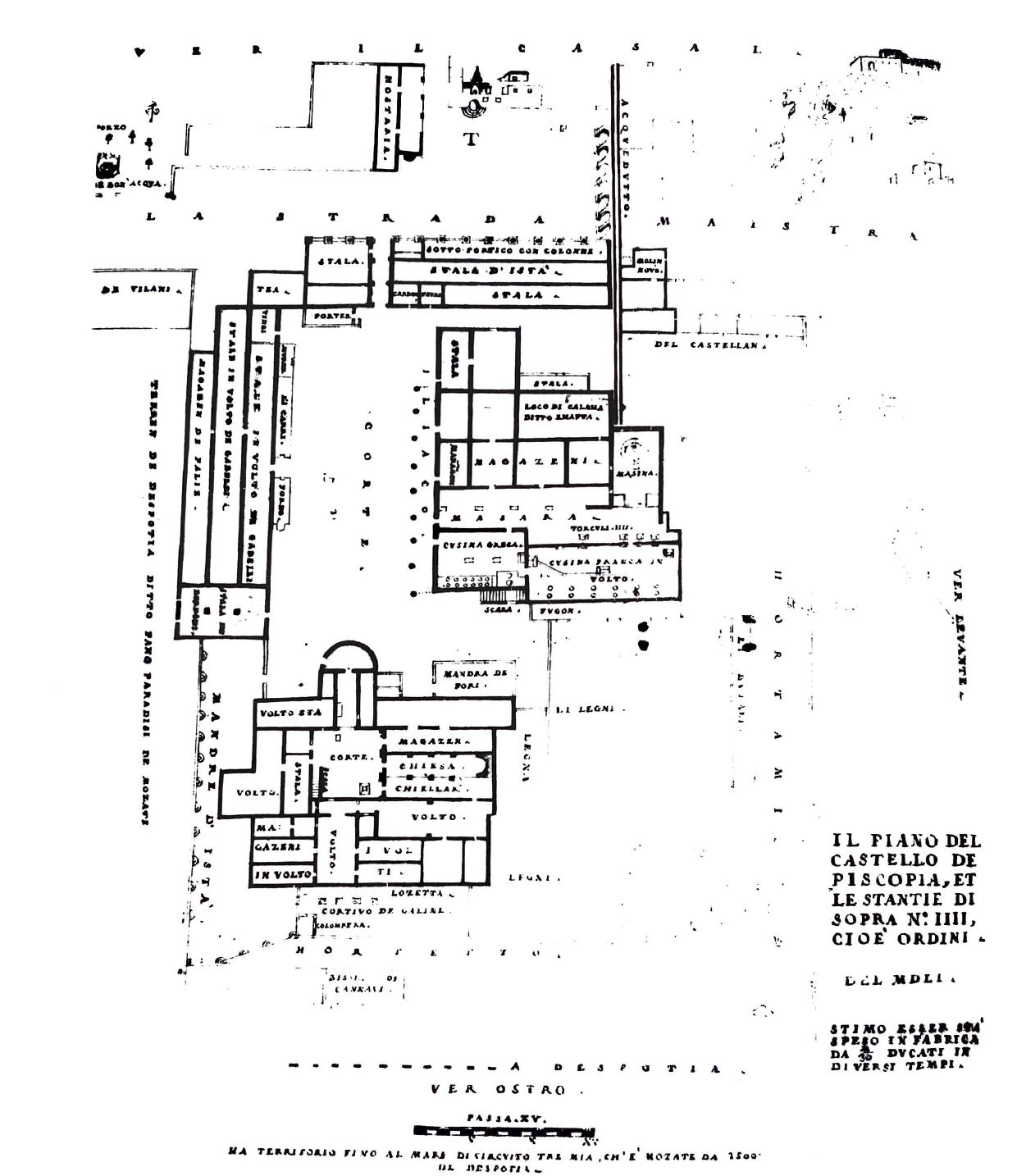 It's hard to believe now, but there was a time when Cyprus was really at the forefront of production.

The technology imported to the island from the Middle East helped it gain a competitive edge. This, in turn, provoked the construction of industrial real estate focused on a specific type of production.

What for the people of that era was a simple commercial real estate with a certain functionality, for us today are historical monuments that allow us to see a completely different Cyprus: a dynamic and international regional investment center, whose products are in demand throughout Europe. 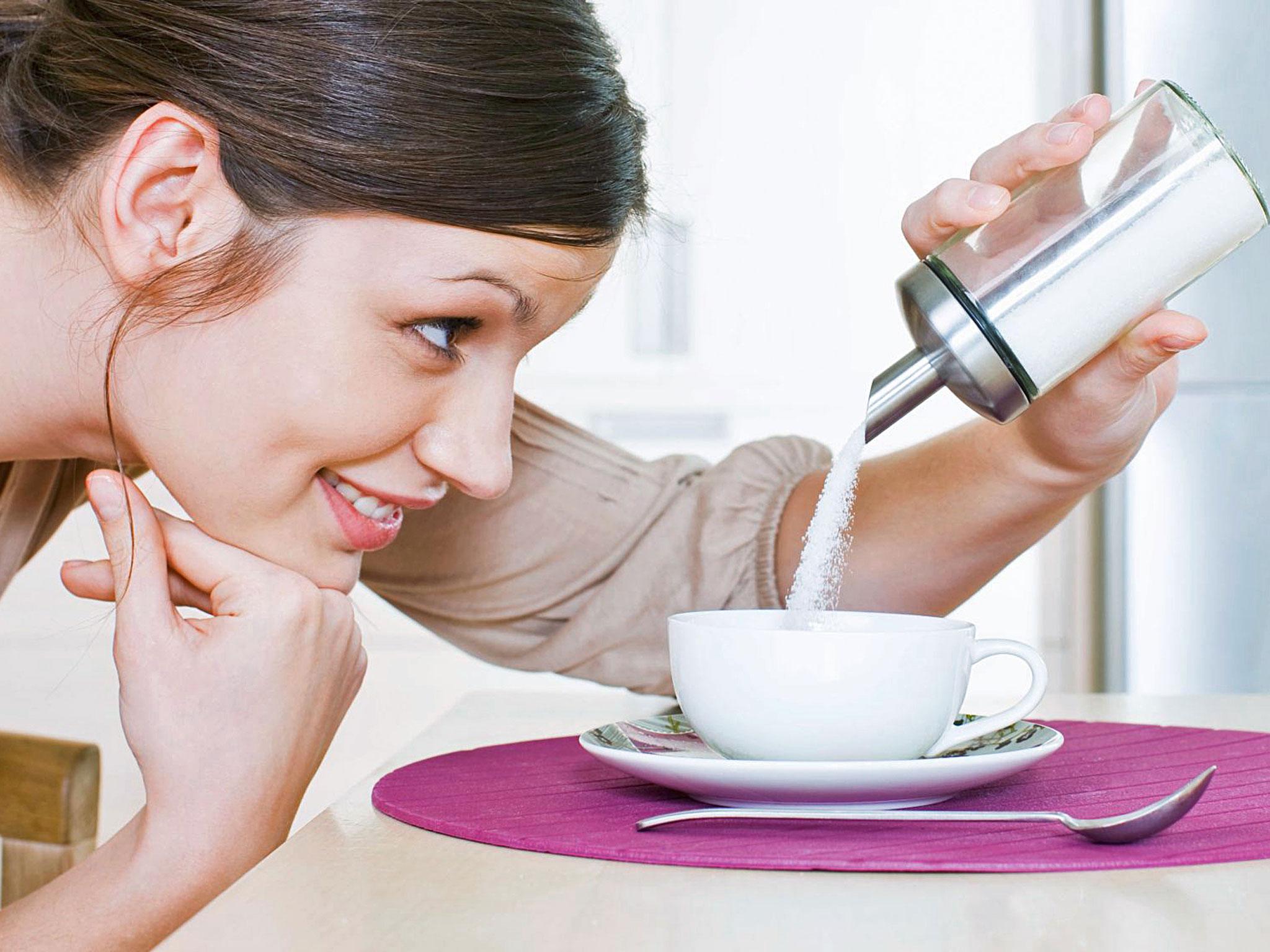 You can read and learn everything about Cyprus real estate, complexes, developers and various procedures on DOM real estate website.