Why does Cyprus need high-rise buildings?

Cyprus is going through an unprecedented period: the development here is so intensive that we can only wonder. The biggest "boom" is in Limassol, Nicosia is growing slightly less actively, Paphos and Larnaca are lagging behind them.

A very large proportion of new buildings are high-rise buildings. In Cyprus, this category includes all buildings from 10 floors and above. Some projects are designed for 12-15 floors, others are much higher, up to 35 floors.

Is this fast pace good? Yep, it has a number of pros and cons. Perhaps it's best to start with advantages.

It is no secret that the seafront real estate is primarily of interest to foreign buyers. People born and raised in cold climates with gray winters often dream of moving to the warm place and live under evergreen palms. Therefore, as soon as they have a solid income, they want to invest in resort property. A house on an island in the Mediterranean Sea is a symbol of status and wealth.

Cyprus is becoming a place where businessmen buy real estate of all types, from villas to apartments. Thus, they make a valuable contribution to the development of the country's economy, which now has only one main source, tourism. 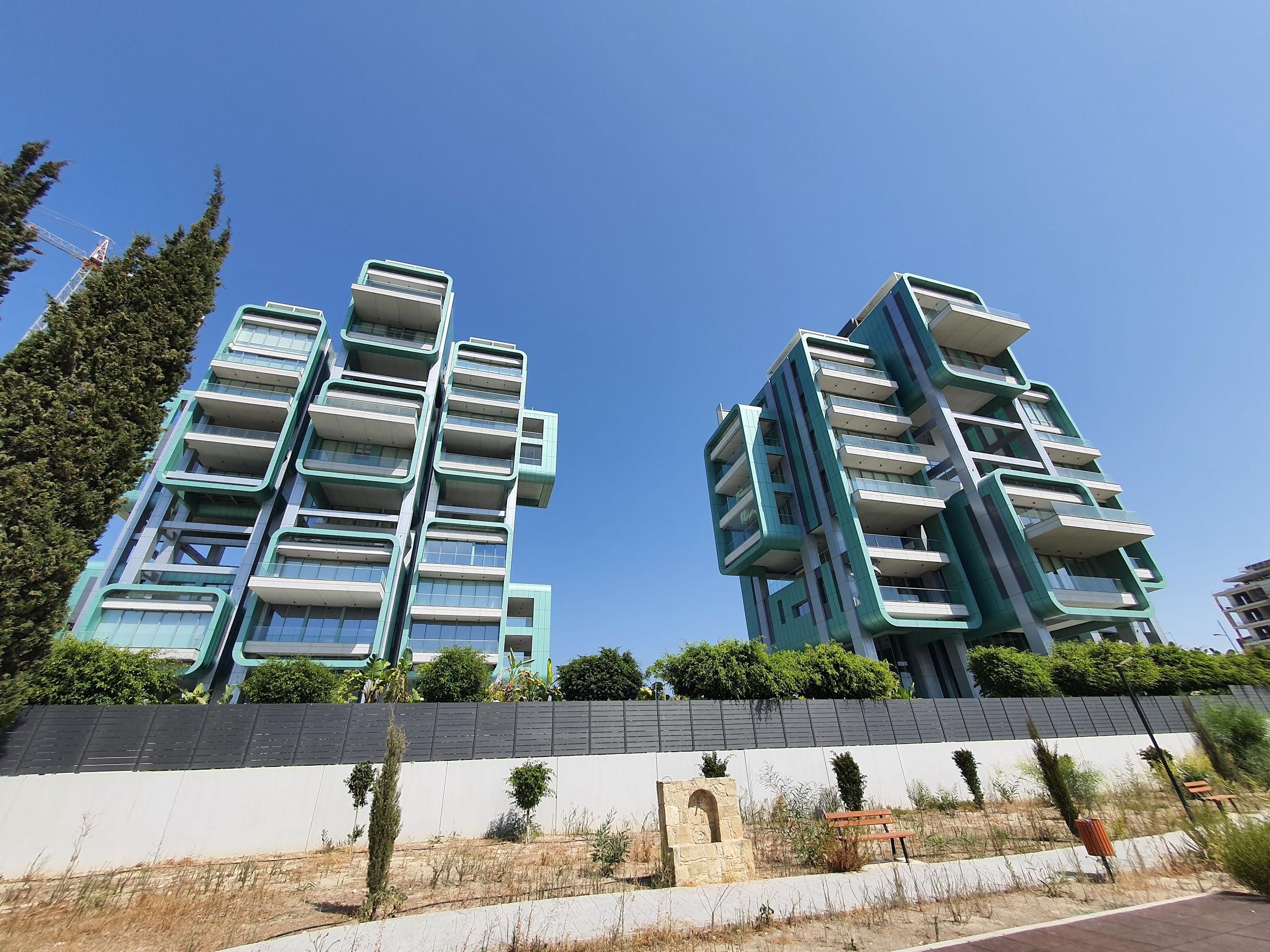 What is the purchase of luxury real estate? This is higher property taxes. This is the residing on the island, even if not all year round. This is a solid capital infusion abroad, which over time allows Cyprus to create another serious source of income, business.

For businessmen, Cyprus is becoming an ideal place to work and live with family. Limassol is especially rich in programmers and IT specialists of all categories. Skyscrapers are a great place to live for wealthy foreigners of these and many other professions.

Creation of jobs for locals

Cyprus has shown a decline in unemployment for some time as it has dropped below 6%. But the pandemic did not correct the situation for the better, thus unemployment in some months of 2020 was over 10%.

High-rise building construction and later its maintenance is a great way to create several thousand jobs. And if tourism is a purely seasonal phenomenon, then elite-type residential complexes are jobs all year round. 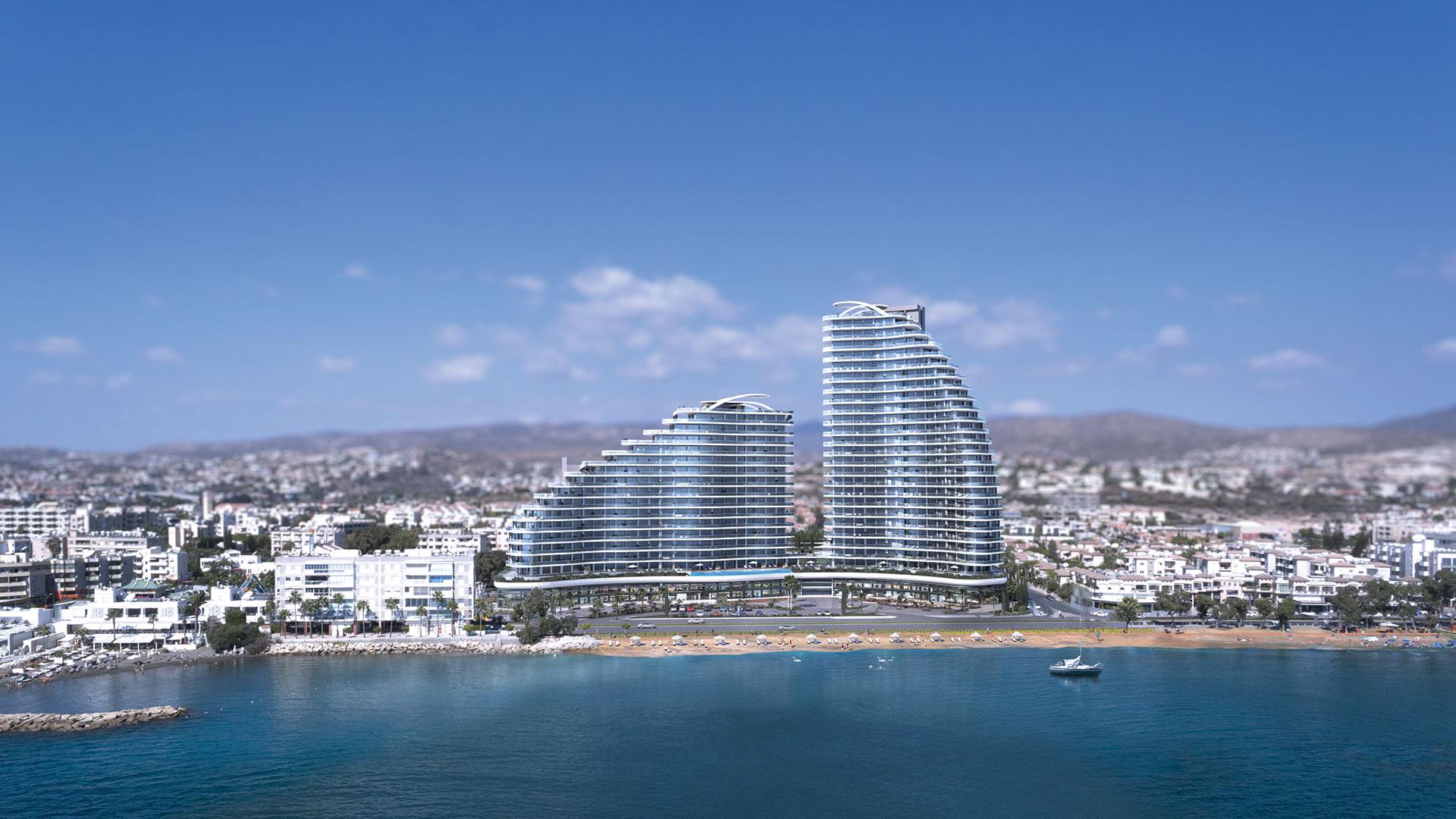 The modern look of the island

Many visitors from big urban areas note that Cyprus is lagging behind modern cities. It's true as the largest coastal city (Limassol) has a population of under 250,000. And until recently, the Cypriot cities were not like European ones at all.

As the first high-rise buildings were constructed, everything changed. Architects and designers from all over the world started to work on them. Each object turns out to be a real work of art.

Already now, Limassol, which has several beautiful high-rise buildings, looks completely different: both from the air and from the sea. Soon the city will turn into a modern mini-megalopolis convenient for life and leisure. 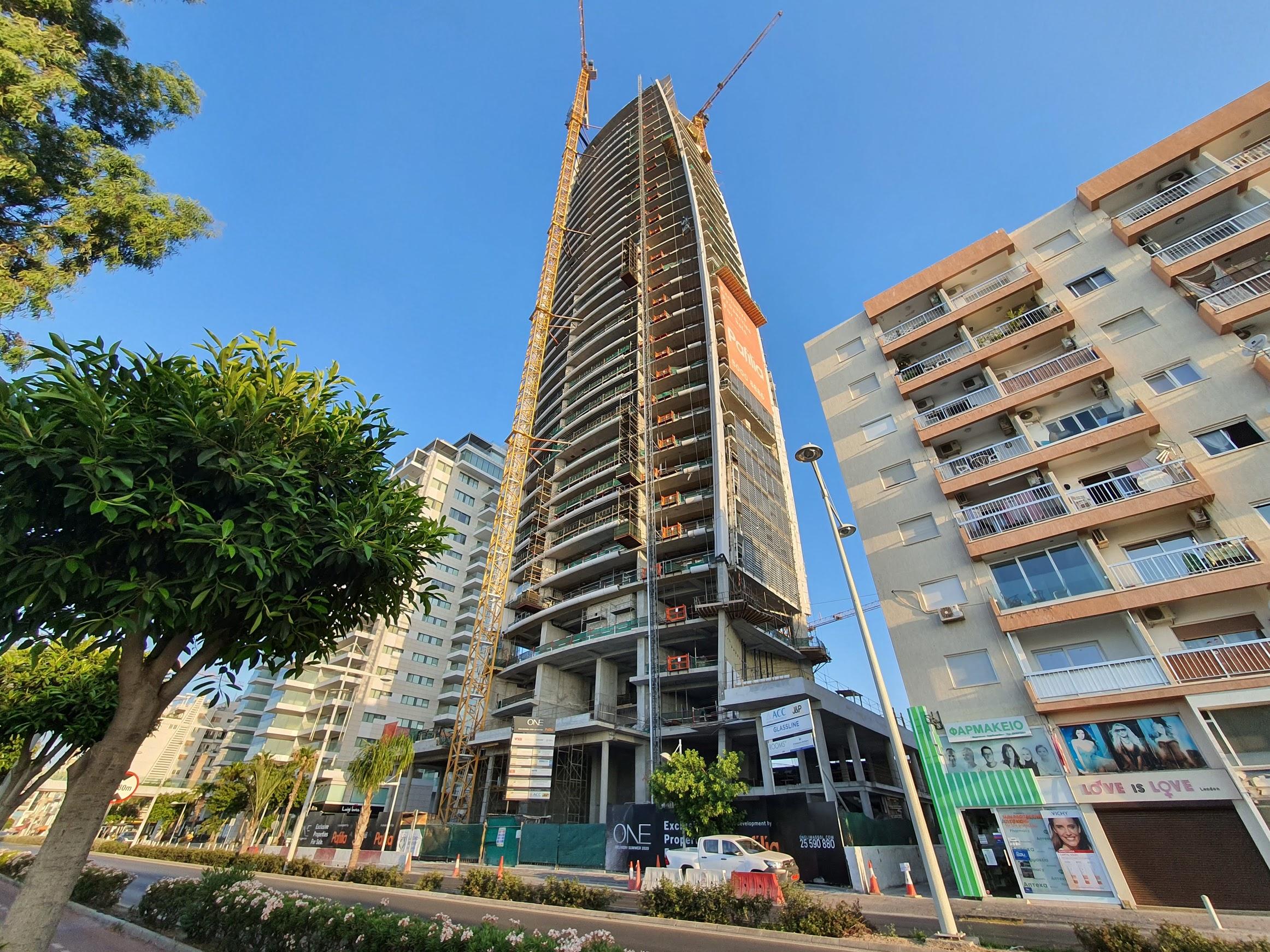 Service, life and tourism are becoming better and better

Progress does not stand still. This is what can be said about Cyprus: even yesterday some could sarcastically call it a big village, but today the level of service in many spheres of life has confidently moved forward.

This is noted by both tourists and local residents. Cyprus is rapidly moving towards gaining the status of an elite European resort. The changes affect not only the central areas of cities, but also the suburbs.

All this has a positive effect on attracting tourists. Prior to the pandemic, Cyprus experienced a steady and annual increase in the number of tourists visiting the island. Most likely, after the pandemic, the situation will stabilize, and in a couple of years our island will begin to welcome 4-5 million tourists a year. 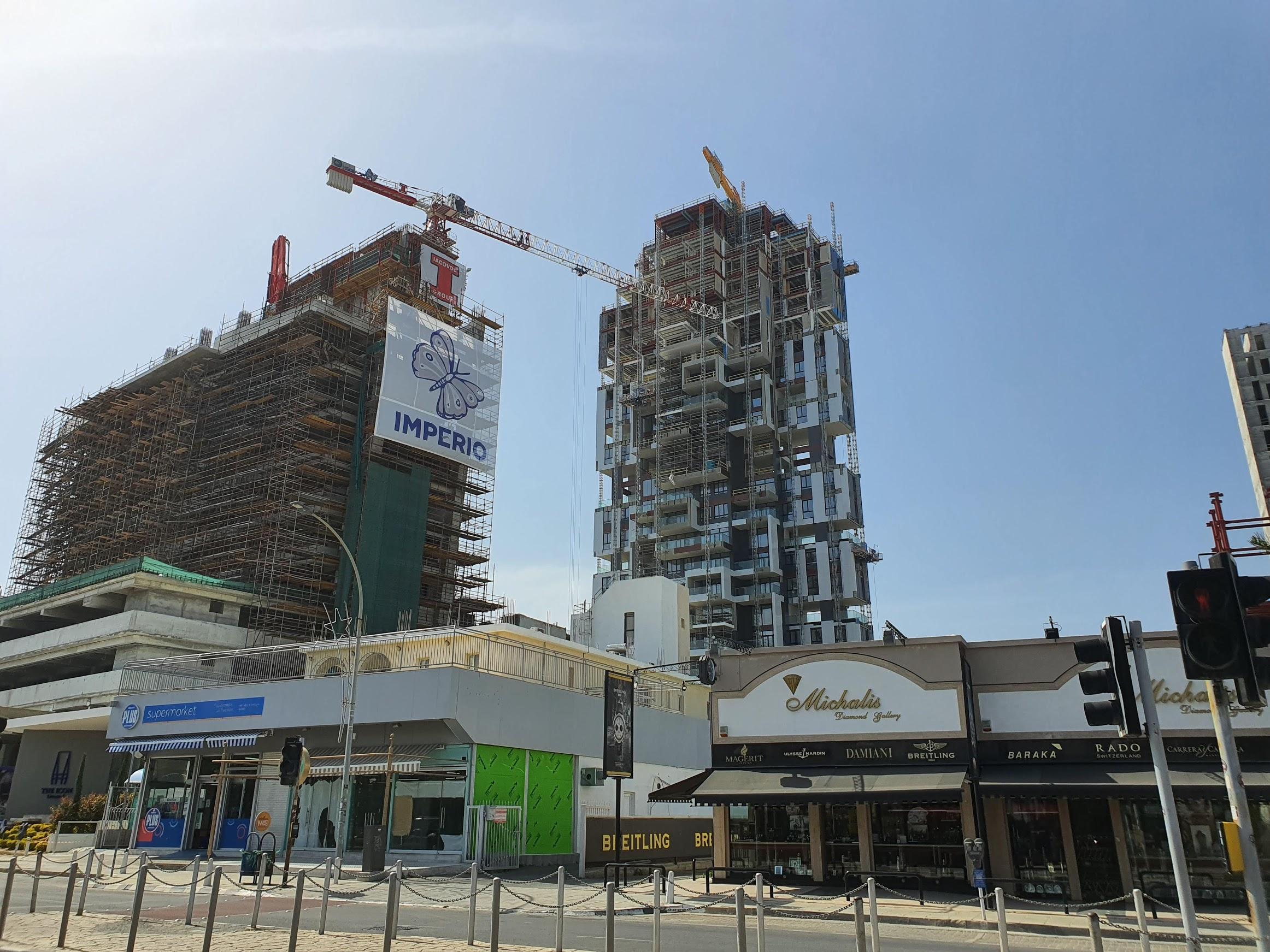 Disadvantages are indispensable, and one of them is the growing load on urban infrastructure. High-rise buildings require electrical and sewerage connections, and this requires modernization and expansion. It is possible that large-scale development will entail a large number of renovation work. And this can be a temporary problem for local residents.

In addition, the number of permanent residents of cities will increase. This will entail an increase in traffic jams, and other transport inconveniences. It is quite possible that municipalities will need to closely work on these issues in the next ten years. 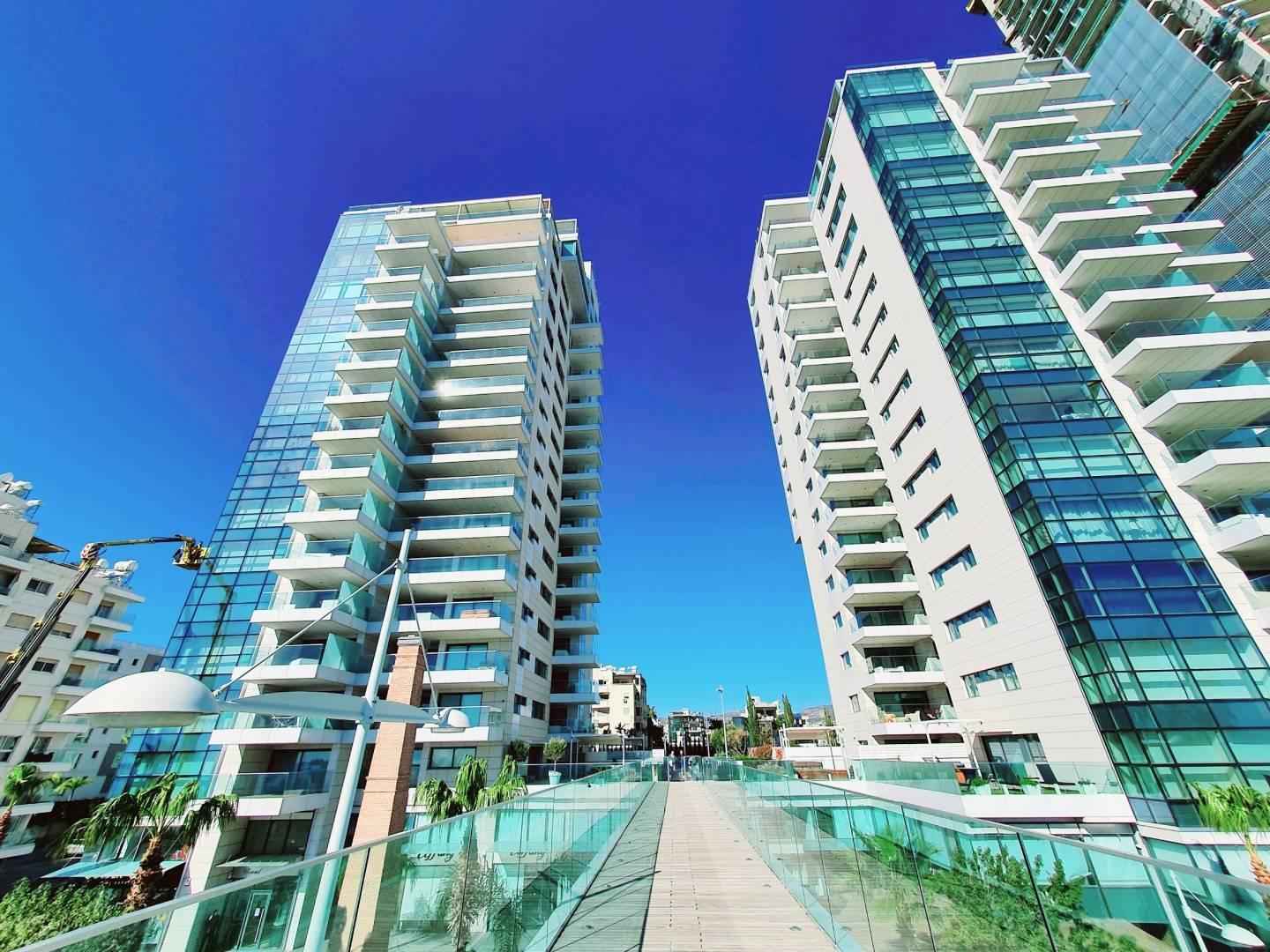 It's no secret that building is an enemy of the environment. For example, there is still no high-rise building in Paphos for this reason: conservationists do not want new environmental problems. In addition, residents want to preserve the appearance of the ancient city in its present form.

The biggest question is where will the construction waste be disposed of? Developers promise that the ecology of Cyprus will not suffer. The disposal will take place within the framework of EU regulations, and the construction process is controlled by the Department of Environmental Protection. The islanders were also assured that the green spaces of the cities would not be touched and everything would remain in the most natural form.

Many of the buildings are designed according to modern green standards. There are balconies with plants and even shrubs that look great. Thanks to this, even the central streets look fresh, green and attractive. 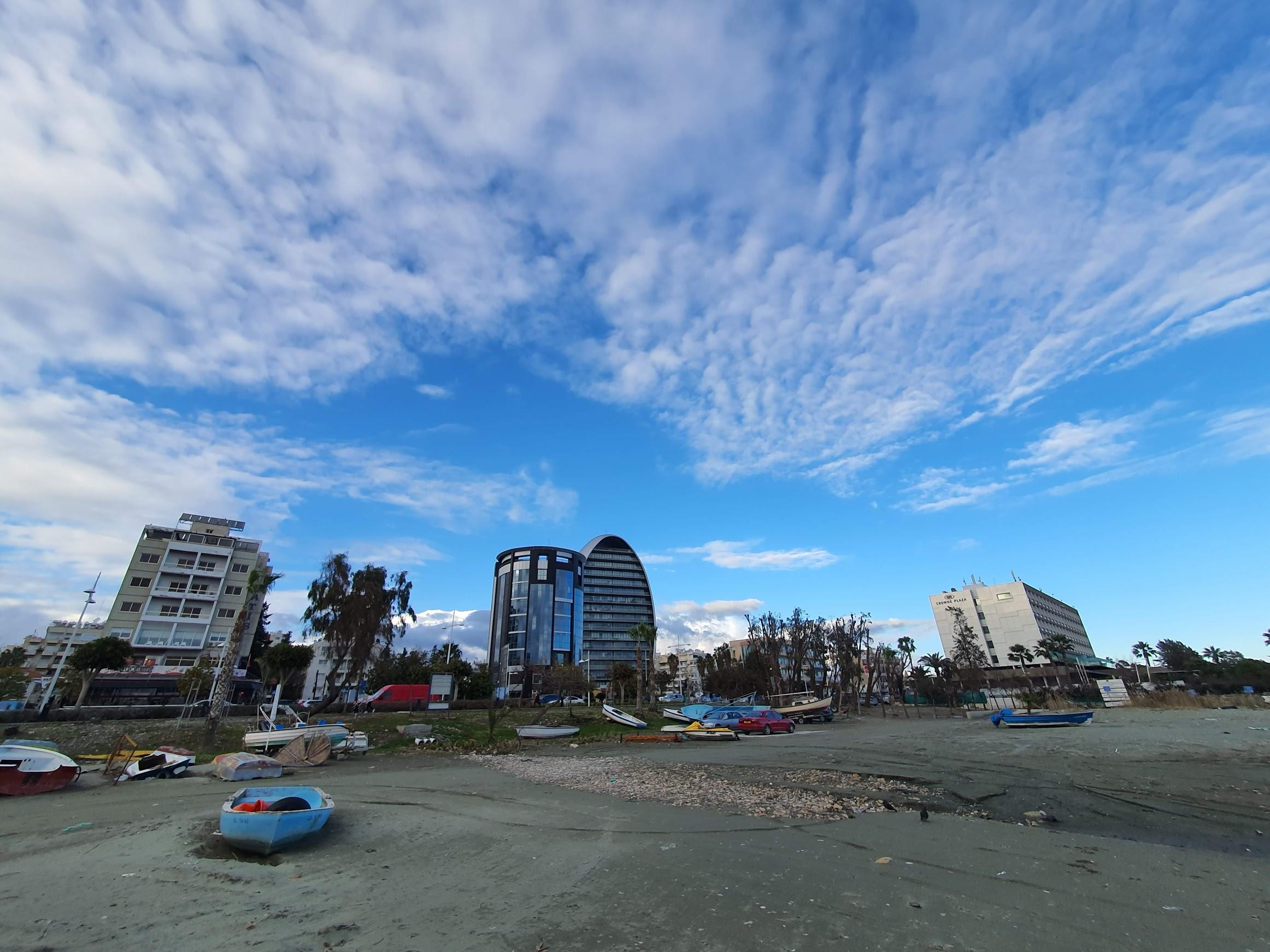 High-rise building is difficult for the locals

This is also a controversial issue. Pessimists predict that a significant share of real estate in Cyprus will be occupied by luxury housing, and the secondary housing will fade into the background, and the demand for it will rise. As you know, when demand exceeds supply, prices tend to rise.

Thus, local families will not be able to purchase housing as one will be elite, and the other will be overpriced. However, this may not be entirely true.

So why does Cyprus need skyscrapers? Here's what you can say briefly:

You can buy an apartment in a finished or under construction high-rise building at dom.com.cy/en. All options for Paphos and Limassol are collected here! Experts can advise you on your questions, click here to see all the useful information.