Top 10 Most Underrated Archaeological Parks in the World

Going to an unfamiliar country, you always want to join its history. Fortunately, the tourism industry allows this - there is always something to choose from tours to archaeological parks, to the ruins of ancient cities and fortresses.

But not everyone likes to visit only advertised historical monuments, someone is looking for something unique, for a place where no human has ever set foot. Or at least something that only the most zealous tourists have seen. 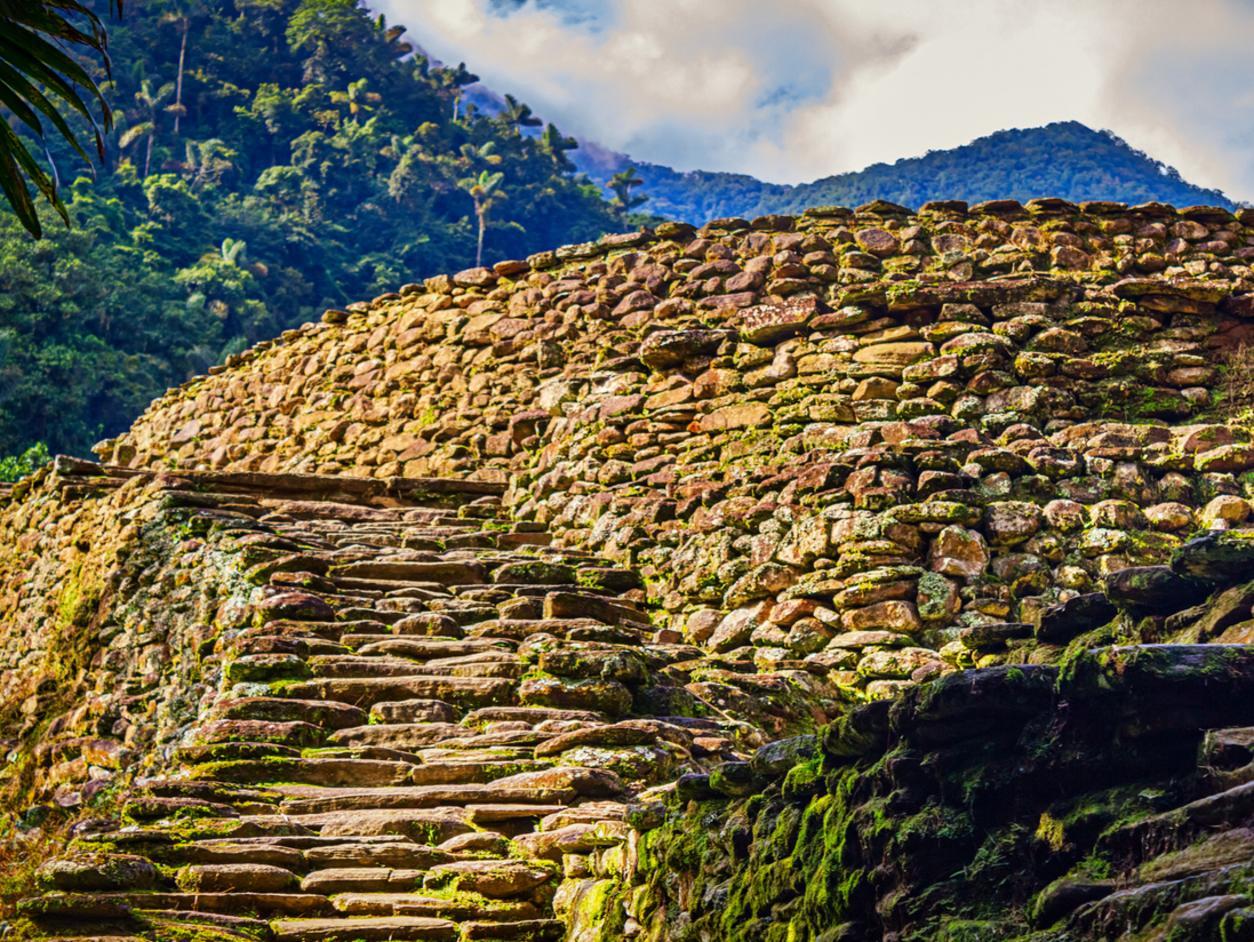 This small article contains the most underrated archaeological parks and historical sites in the world.

Although they also offer organized visits, sell tickets and gifts, only the most motivated come here, while the rest prefer more popular places.

Of course, the Masada Fortress is a fairly well-known place included in the UNESCO World Heritage List, but it is clearly not a priority for most tourists arriving in Israel. 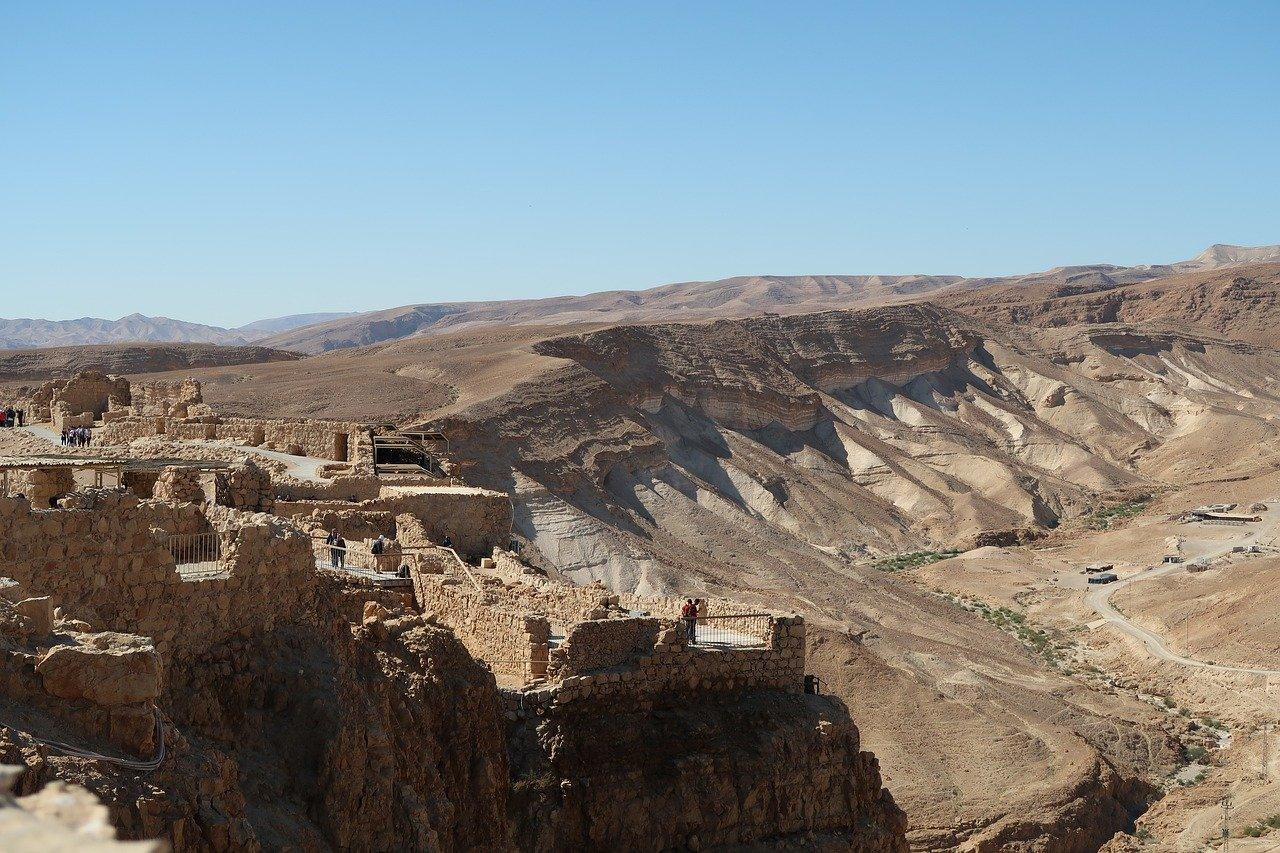 In 25 BC king Herod the Great (who, according to the gospel of Matthew, arranged the massacre of infants) founded in case of popular rebellion a secret refuge for him and his family on the top of a cliff off the southwestern coast of the Dead Sea. When everything was calm in Judea, the royal gold was kept in the new fortress. It was almost impossible to get to these places, because Masada is surrounded by sheer cliffs on all sides. Thanks to the relations of the king with the Roman conquerors, which were as close as the local gorges, a small Roman garrison was able to be accommodated in the fortress.

In 66 AD Masada was taken by the rebellious Jews, who began a revolution against the Romans. In 70 AD, when Jerusalem fell and was completely destroyed by Roman troops, the fortress turned out to be the last refuge of the rebels. The Romans besieged it, but they held Masada for three years. In the end, thanks to a specially created ram, the Romans were able to break through the outer wall of the fortress. When it became clear that the fate of the rebels was terrible, their leader Eleazar ben Jair turned to his companions with a fiery speech, in which he called on everyone to kill their wives and children with their own hands. After that, the soldiers cast lots and one of them hacked to death his own comrades, set fire to the fortress and committed suicide.

The next day the Romans entered Masada, and when they found the heaps of the dead, they did not rejoice at the sight of the dead enemies, but only froze in silence, amazed by the greatness of their spirit and unbreakable contempt for death, writes Josephus. 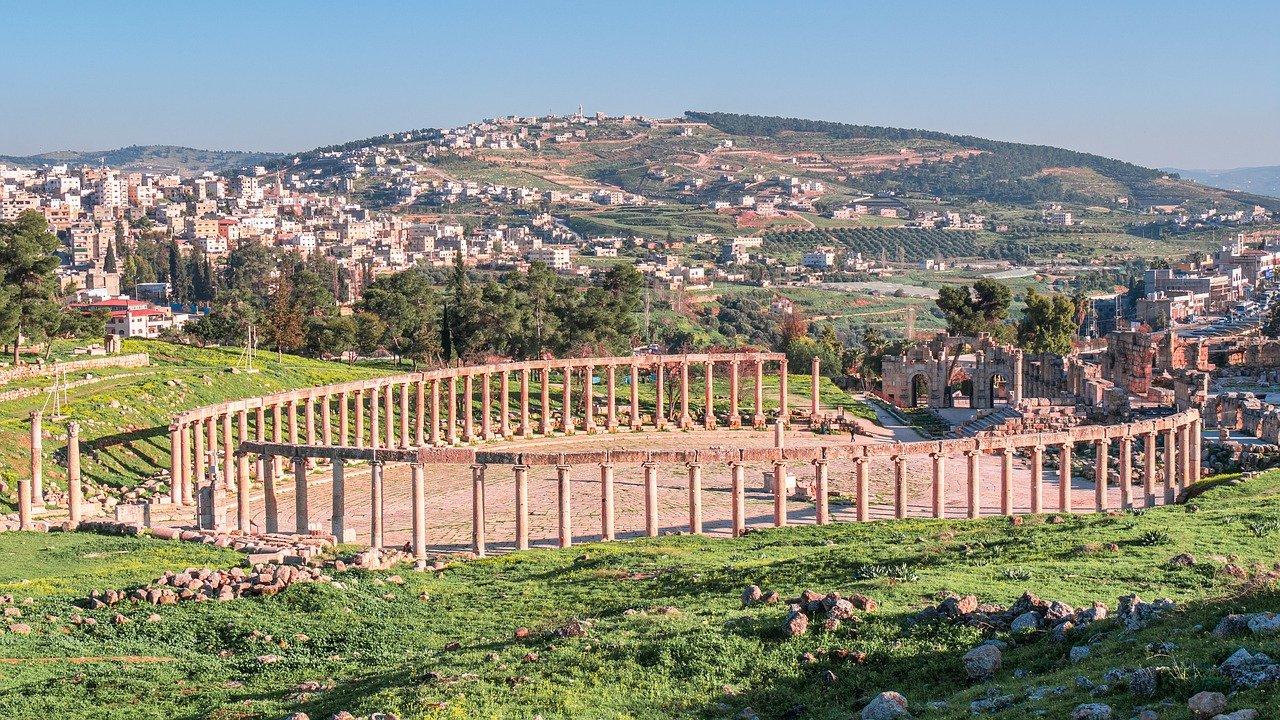 Although a human settlement existed here from the middle of the eighth millennium BC, Gerasa flourished during the Hellenistic and Roman periods, when it was called "Antioch on the Golden River". Gerasa, along with Damascus and Philadelphia (modern Amman), was part of a conglomerate of cities called the Decapolis (or Ten Cities). When in 106 AD, by order of the emperor Trajan, a road was built that went through Gerasa to the south, the city got a real economic prosperity. In 749, the city was destroyed by the strongest earthquake. Gerasa was restored at the beginning of the XII century by the ruler of Damascus Toghtekin, but already in 1122 it was burned by the troops of the crusaders. 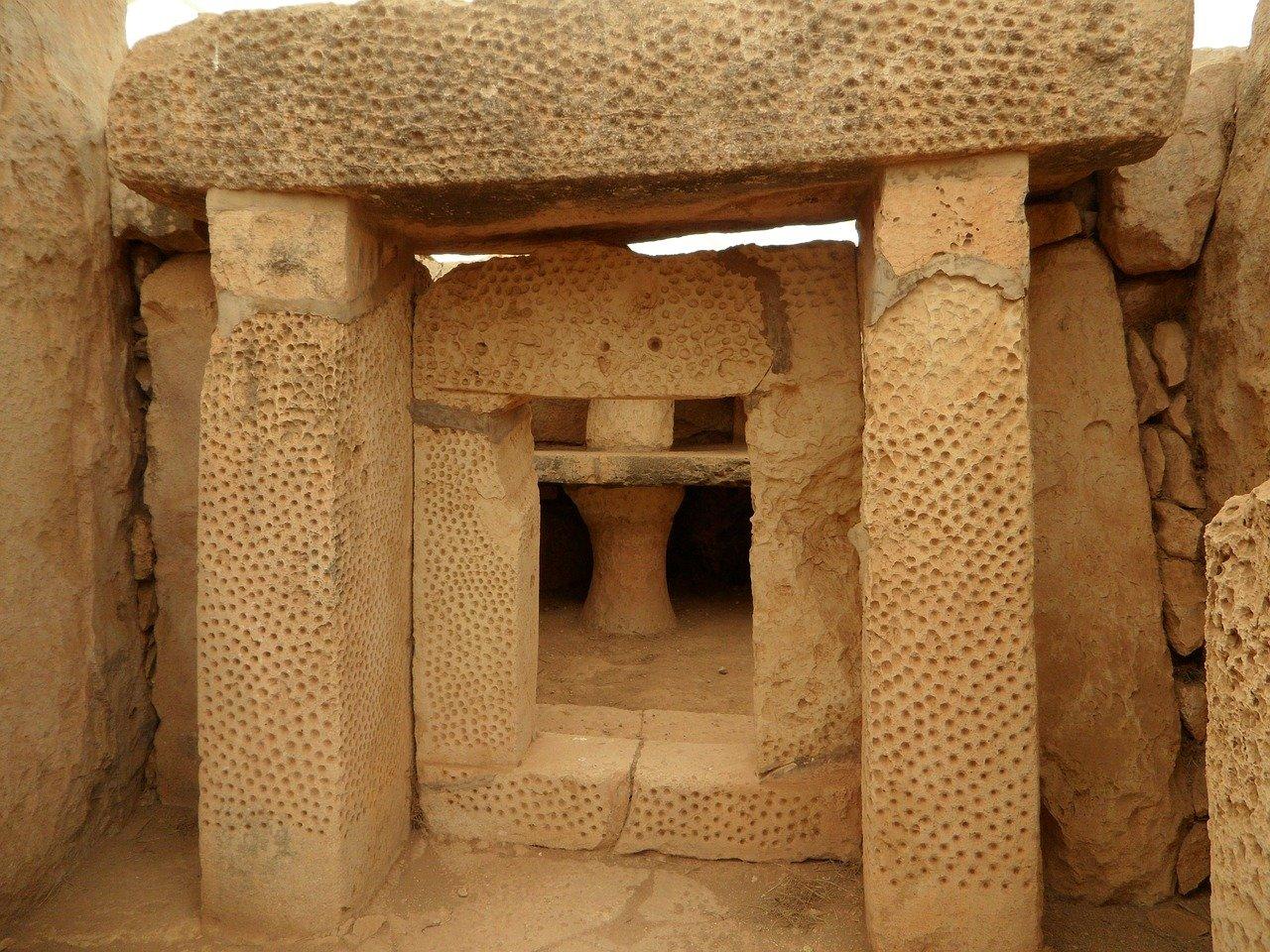 It may seem completely unexpected, but Malta has some of the most amazing megalithic monuments dating back to the first half of the fourth millennium BC.

V. Gordon Childe, one of the leading archaeologists of the 20th century, wrote: I have visited prehistoric ruins throughout the Mediterranean, from Mesopotamia to Egypt, Greece and Switzerland, but nowhere have I seen such an ancient site as this.

The complex is located in the south of Malta and is built from local coral limestone. Megalith was used as a temple. Probably, it was somehow connected with the cult of fertility. This conclusion can be drawn at least because a large number of phallic figurines and figurines of female deities were found inside the temple. The altar built here and the abundance of animal bones speaks of the sacrifices performed in the temple. 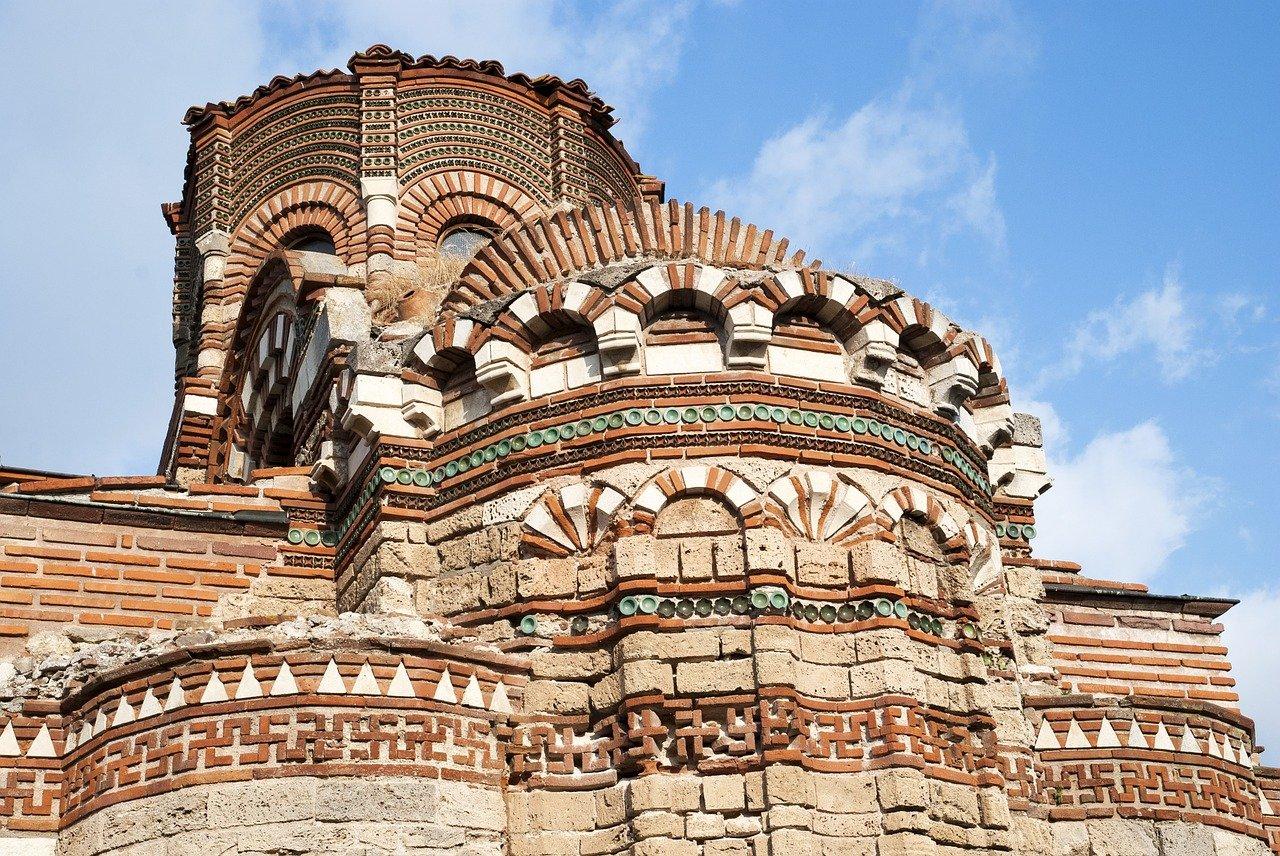 The modern resort town of Nessebar (or Nesebar) to the north of Burgas was founded in the 10th century BC and in ancient times was known by its Greek name Mesembria.

In the historical part, about ten Byzantine temples and some more old buildings (Roman baths, part of the Thracian fortifications, Turkish hammam) have survived. The main basilica of the city - the temple of St. Sophia - dates back to the IV-V century. The rest of the churches are much later, they belong mainly to the late Byzantine era. Byzantine temples (or the ruins of these temples) stand amidst a typical Balkan landscape - two-storey houses with a stone first floor and a built-on second, made of wood. The buildings are very dense, narrow streets wind through the city and take the traveler to the most unexpected places.

With its impressive collection of Roman structures, the city of Arles in the south of France, in Occitania, has been inscribed on the UNESCO World Heritage List. 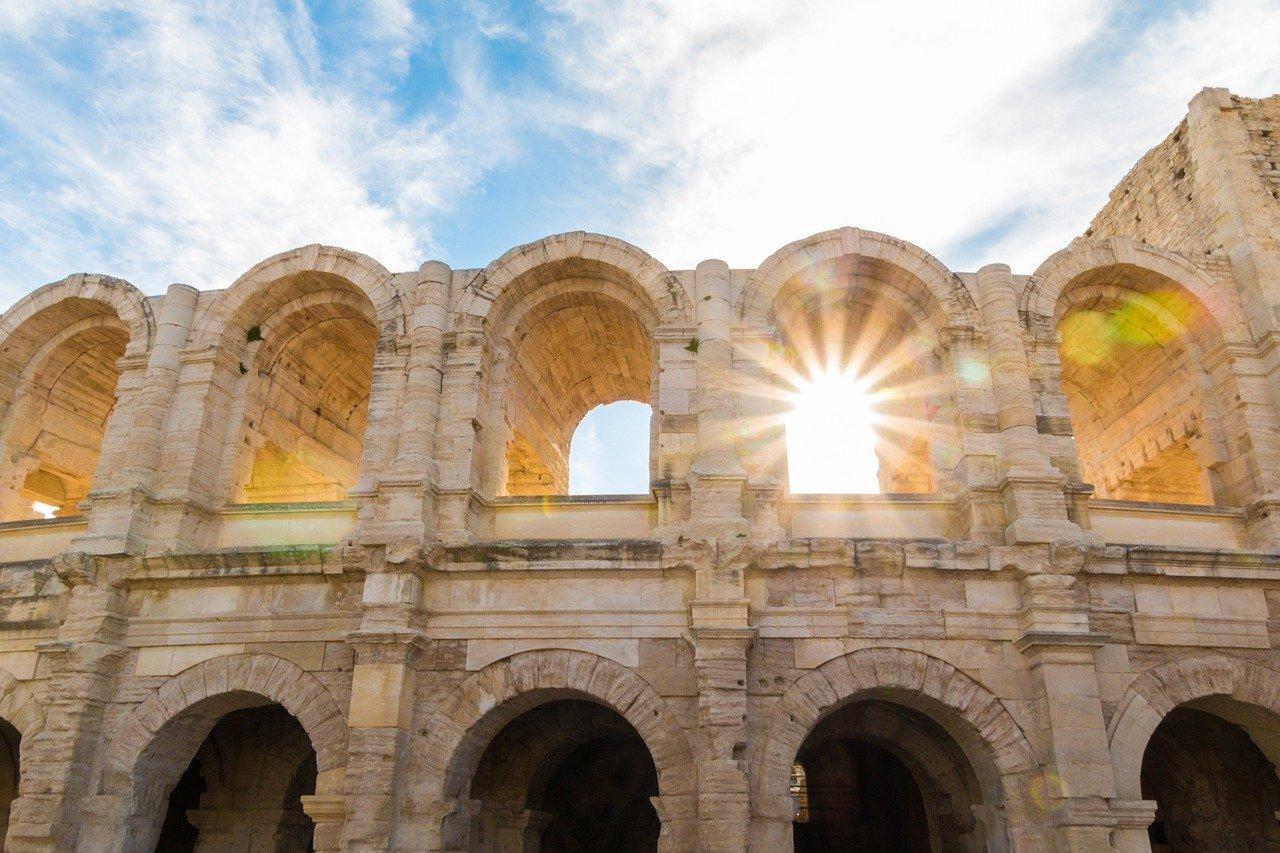 The amphitheater, underground galleries, forum, baths of Emperor Constantine and the necropolis have been preserved here. Nîmes, located 33 km northwest of Arles, is a vibrant commercial center with a 2000-year history. The amphitheater and ancient Roman temple of the 1st century BC, known as Maison Carré (literally "square house"), are just two of the many local Roman monuments. 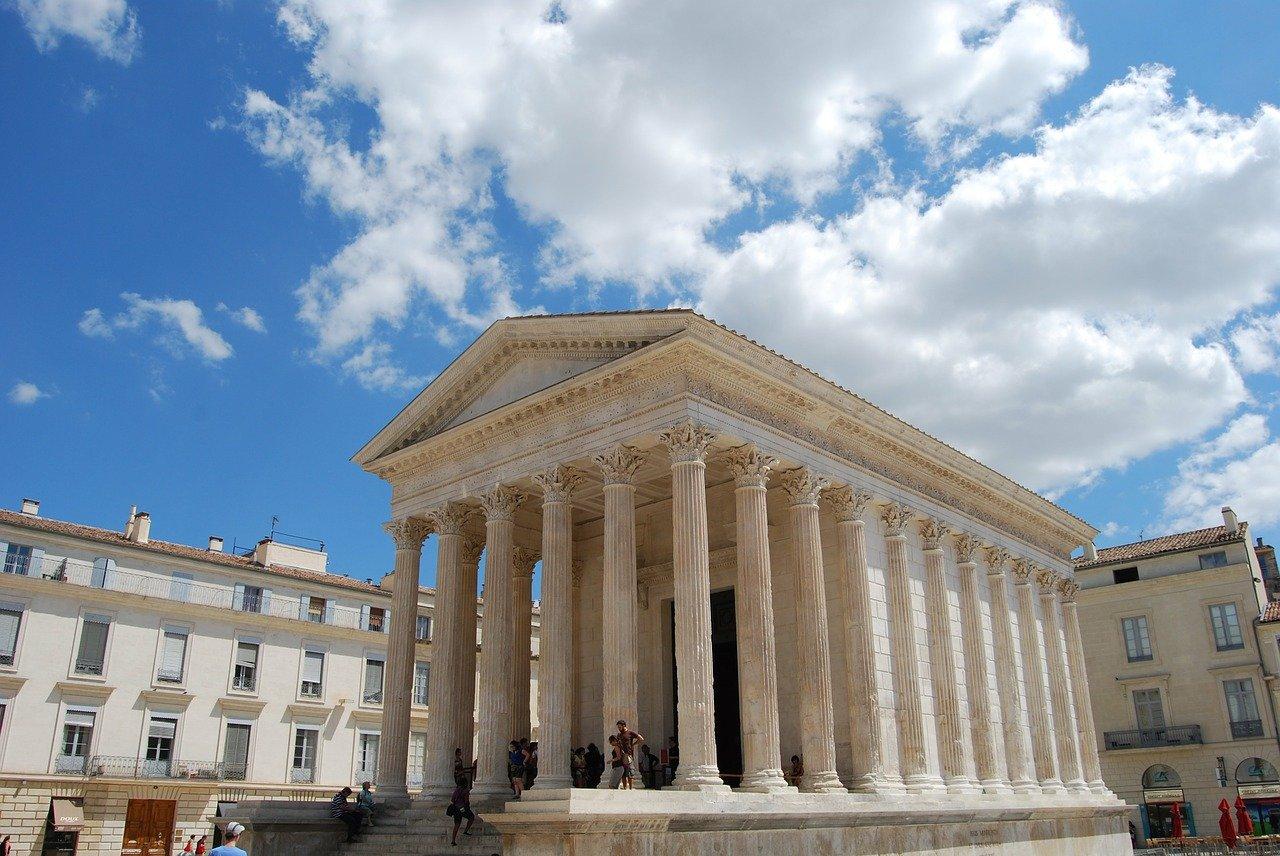 The emperor of the Roman Empire Diocletian went down in history with several of his undertakings. Someone remembers him as a persecutor of Christians, and someone as an important reformer and extremely principled person. 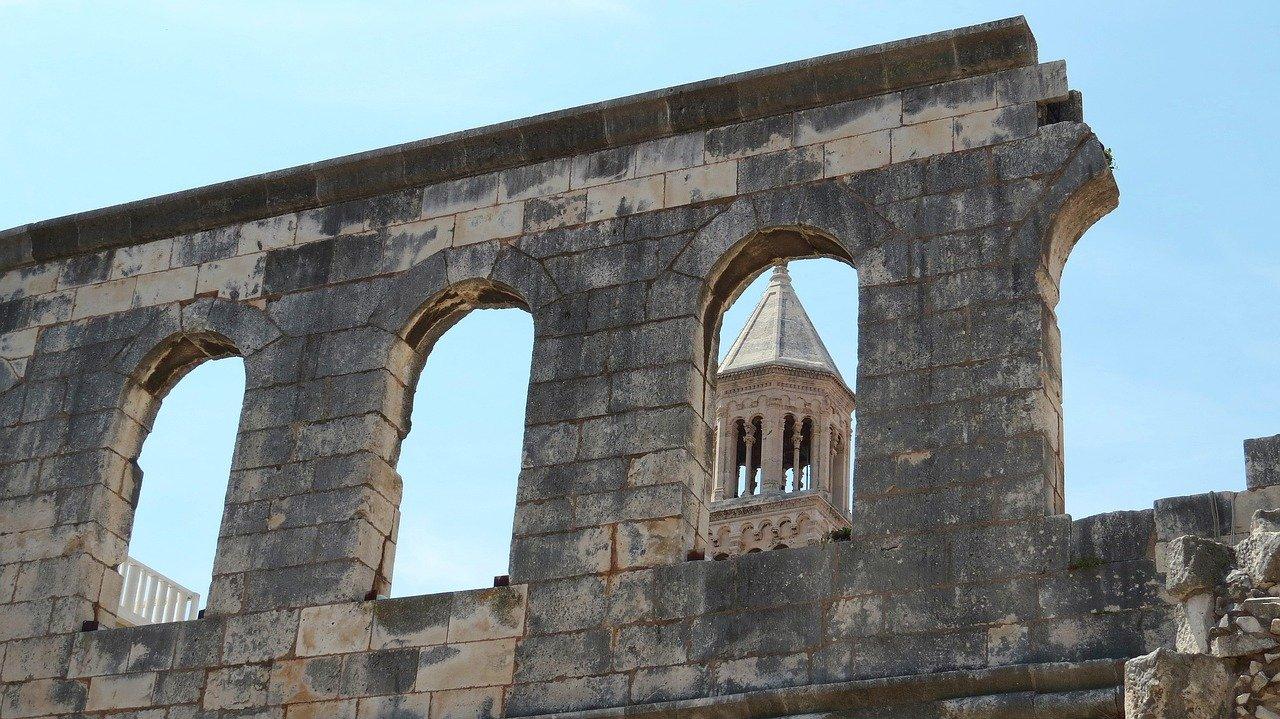 Diocletian carried out a reform of the imperial power, dividing the empire into four parts.

Two were ruled by the Augustus (Diocletian was one of the Augustus), two more - by their junior assistants, the Caesares. It was assumed that the Augusti, with the achievement of advanced years, would retire, the Caesares would become Augusti and they would choose new Caesares as their assistants. This system worked flawlessly with exactly one person - the only one who did it was Diocletian himself. Soon after he resigned, a power struggle began between four rulers in the empire. Diocletian, meanwhile, settled in the city of Salona (modern Split), where a palace was built for him. When the retired emperor was asked to return to the government in order to restore order in the country, he refused. To the astonished questions why he decided so, Diocletian said: "If you only knew what kind of cabbage I have." You can look at the remains of Diocletian's palace in the very Split where he ended his earthly life. 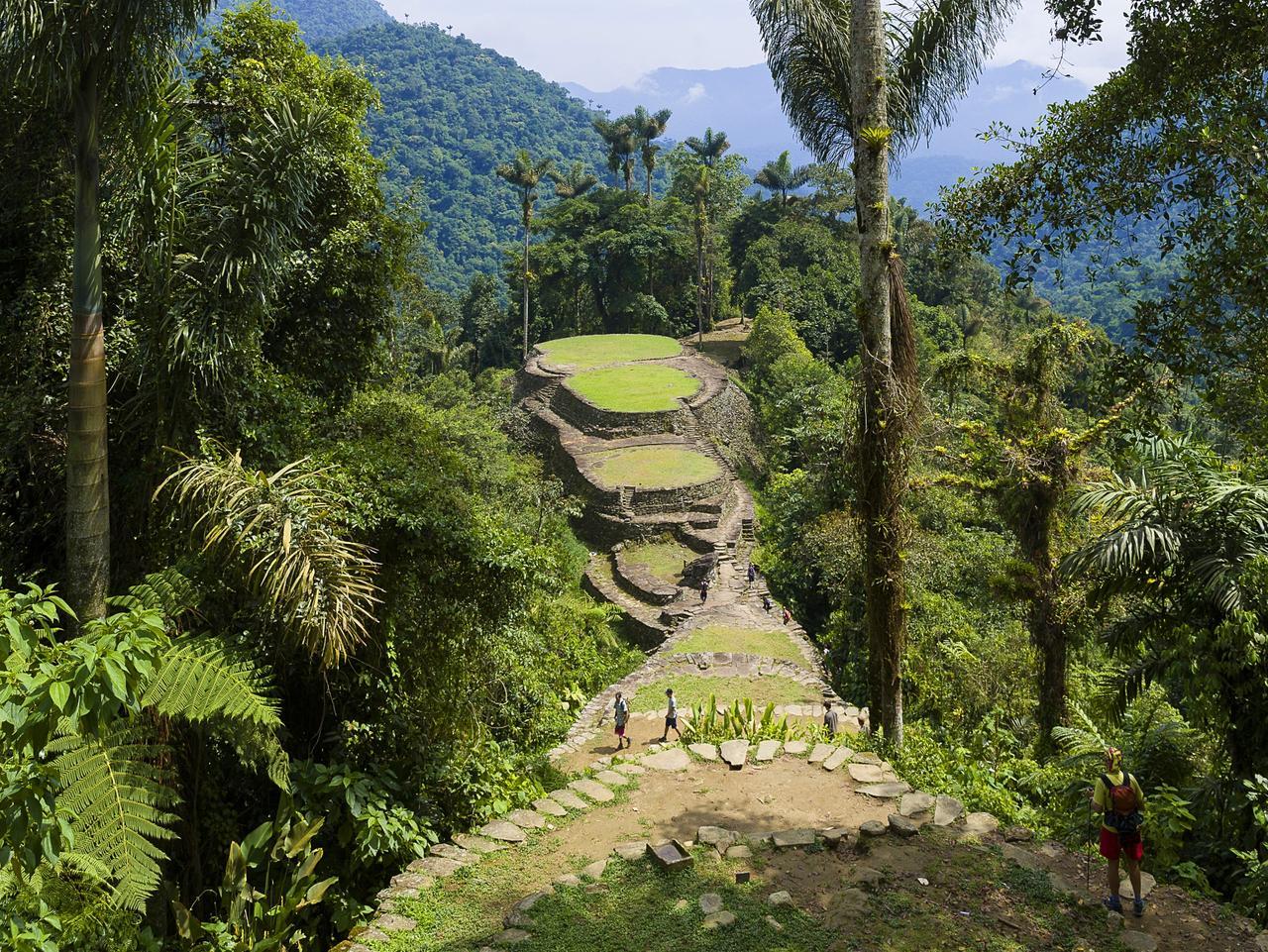 The name of this place is translated as "lost city". Ciudad Perdida is an ancient Indian settlement in modern Colombia, 80 kilometers south of the city of Santa Marta, one of the first cities founded by the Spanish in South America. The city was discovered in 1972 by "tomb robbers". They stumbled upon a stone staircase leading up the side of the mountain. Climbing it, they found an abandoned and overgrown city, which they called "green hell". When gold figurines and ancient pottery suddenly began to appear in the markets of northern Colombia, the authorities became interested in the origin of these objects. In 1975, archaeologists undertook an official expedition to those lands and found the same abandoned city. As it turned out, these are the ruins of the capital of the Indian tribe Tayrona, founded around 800 AD. In 2003, armed rebels from the National Liberation Army kidnapped eight tourists who were visiting Ciudad Perdida. The tourists spent three months in captivity, and then were released.

Unlike the archaeological site of Angkor Wat in neighboring Cambodia, the ancient city of Ayutthaya, 70 kilometers north of Bangkok, is not well known among tourists traveling to Indochina. 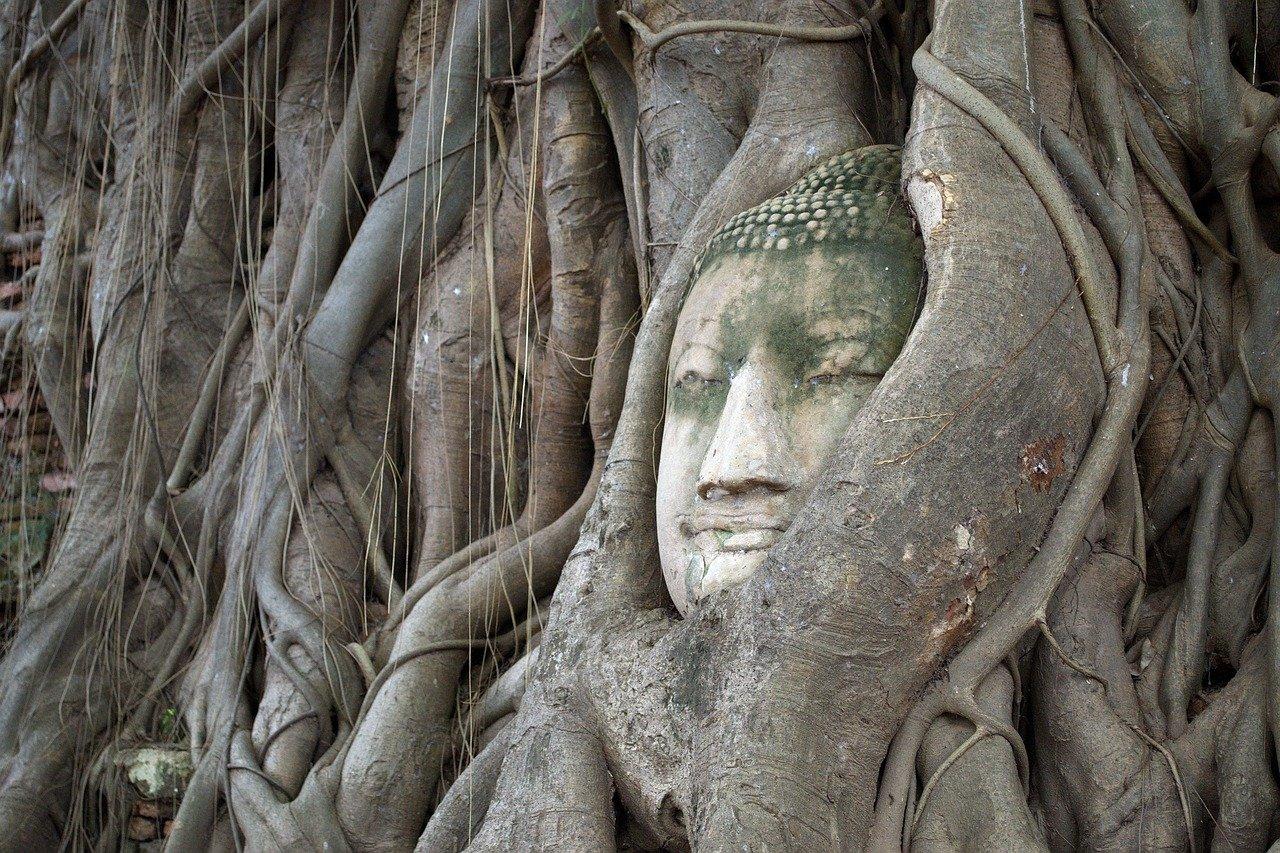 It was here that the capital of the ancient kingdom of Ayutthaya, which existed from the XIV to the XVIII centuries, was located.

The city was founded in 1350, and by the beginning of the 18th century, according to ancient sources, one million people lived here, which made Ayutthaya the largest city on earth at that time. In 1767, Ayutthaya was destroyed by the Burmese army. The ruins of a palace with characteristic pointed pagodas and buildings resembling corn cobs have survived from the capital. 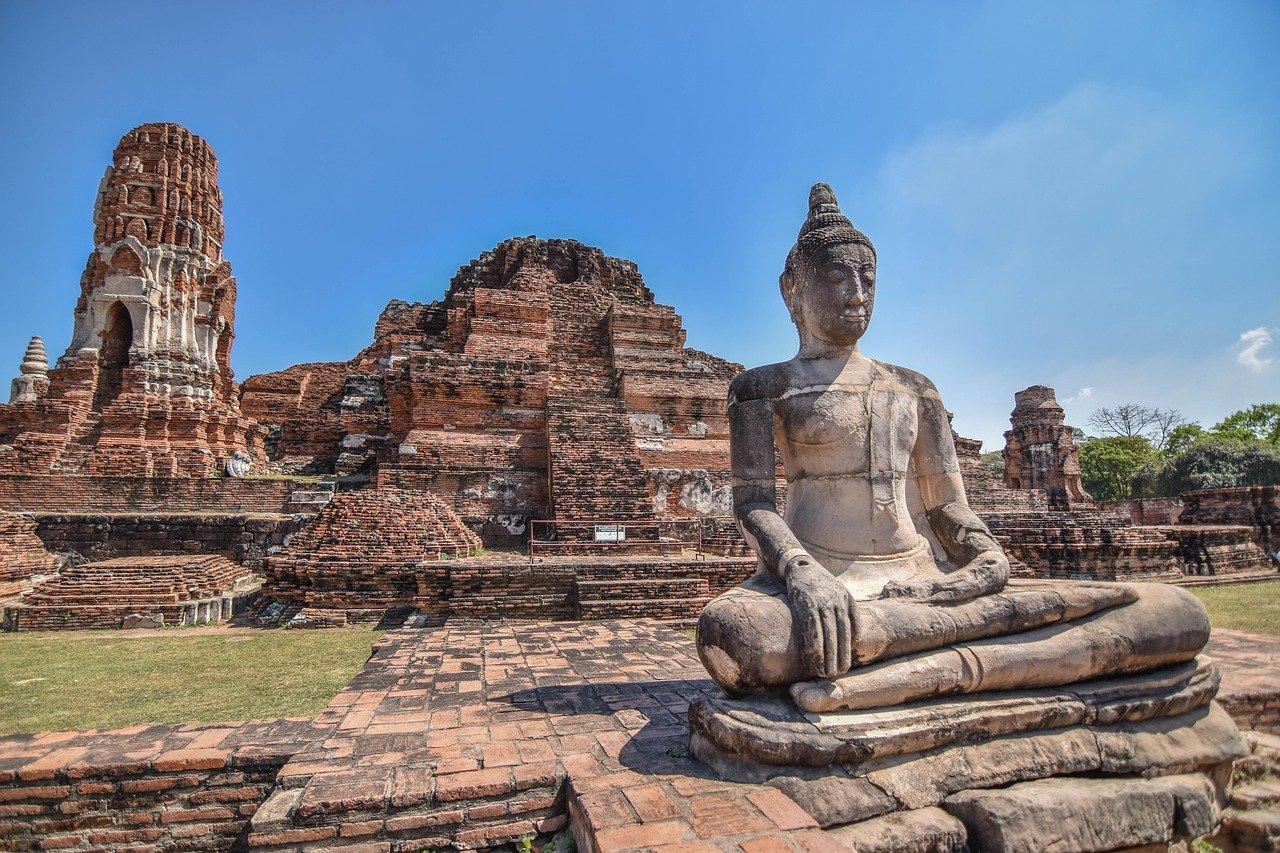 People who grew up in the 1990s will most likely remember this landscape from the Mortal Kombat movie, which was filmed in Ayutthaya.

A small village on the Karpasia peninsula, famous for its Byzantine basilica. 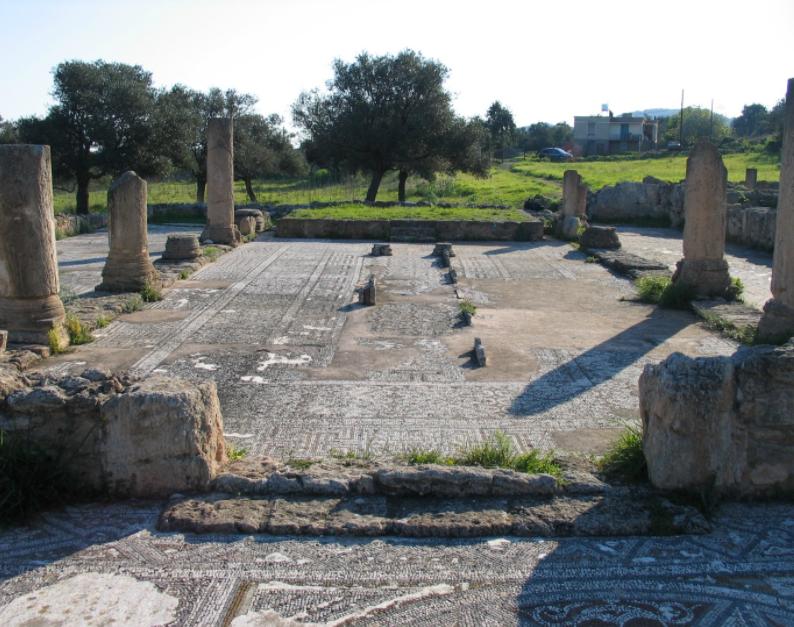 This is a small (18x14 meters) dilapidated temple, erected in the first half of the 5th century.

It had its own baptistery with a cruciform font. The church is remarkable in that it has preserved for us in a more or less integral form the entire structure of the Byzantine basilica with all its numerous premises (narthex, naos, deacon, baptistery, etc.). The floor of the temple is decorated with mosaics, which are well preserved. The church was destroyed during the Arab raids of the 7th-8th centuries. Over time, the locals adapted the preserved nave for worship, adding an apse to it.

The archaeological park of Nea Paphos occupies a fairly large territory and unites buildings of the Hellenistic, Roman, Byzantine, Frankish and Turkish eras within its borders, that is, it covers almost the entire history of Cyprus. 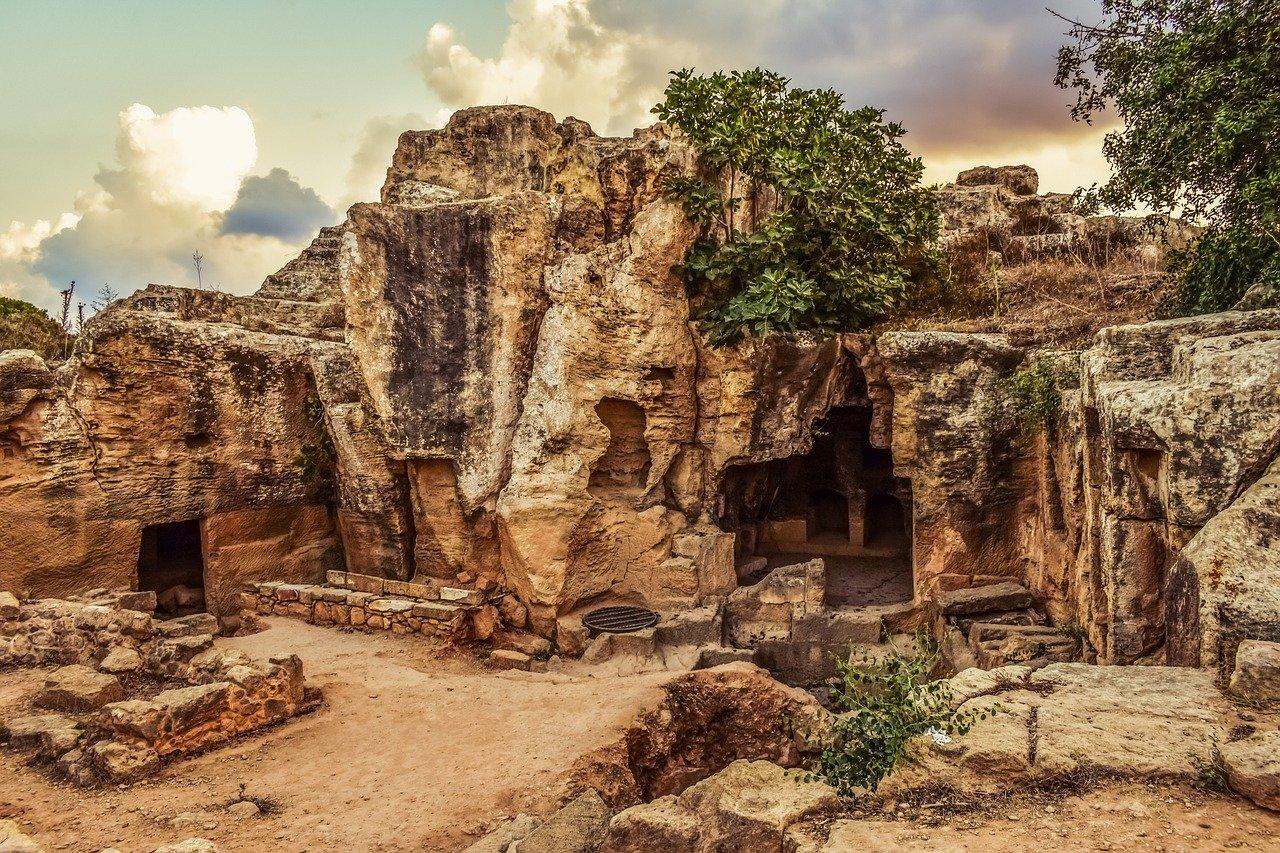 Nea Paphos (or New Paphos) is so named in contrast to the old, that is, Palepaphos, located in the area of ​​the modern village of Kuklia. The city was built on a small promontory at the end of the 4th century by the king of old Paphos, Nicocles, who decided to move his residence here. Under the Ptolemies, and then under the Romans, New Paphos was the capital of the island, since the official who ruled Cyprus lived here.

Since then, the residence of this official has been preserved, called "Theseus' villa" (however, this is only one of the versions of the purpose of this large building). In the archaeological park there are several other sites left over from Hellenistic and Roman times, the most impressive of which is perhaps the "Villa of Dionysus", which has an entire floor covered with fine mosaics on various themes. Under the Romans, a forum, an odeon and an aesculapium were built in Paphos.

Paphos lost its status as a capital only in the 4th century AD, when, due to devastating earthquakes in the west of Cyprus, the capital was moved to the east, to Salamis. The apotheosis of decline and devastation for the city falls on the beginning of the Arab invasions, but with the return of the Byzantines to Cyprus, Paphos literally rises from the ashes. The Franks built here a defensive castle, the so-called "Forty Columns Castle" (Greek "Saranda Colones"), from which today only ruins (very impressive) remain. In 1980, Nea Paphos and Palepaphos were included in the UNESCO World Heritage List.

Have you decided to buy an apartment or a house in Cyprus? Contact the DOM Real Estate portal! The website has a huge selection of real estate objects - residential and commercial. Experienced agency specialists will be happy to help you make the right choice.