It is reasonable that investing in the economy of any country begins with getting to know this country. As a rule, this happens either in the capital of the state, or in the largest resorts.

But this approach is not always correct. Sometimes the "boom" of development and prospects occurs in the depths of the country, and only locals know about it. Therefore, most foreigners cannot use them.

Meanwhile, the undervalued regions are full of inexpensive properties, which will greatly increase in value in a few years. Also such regions are a good place to live with a family, work, spend holidays, and save a lot of money.

Wroclaw is the fourth most populous city in Poland. He is now experiencing a real upswing in real estate. The city is actively developing, but this still does not cover the increasing demand. 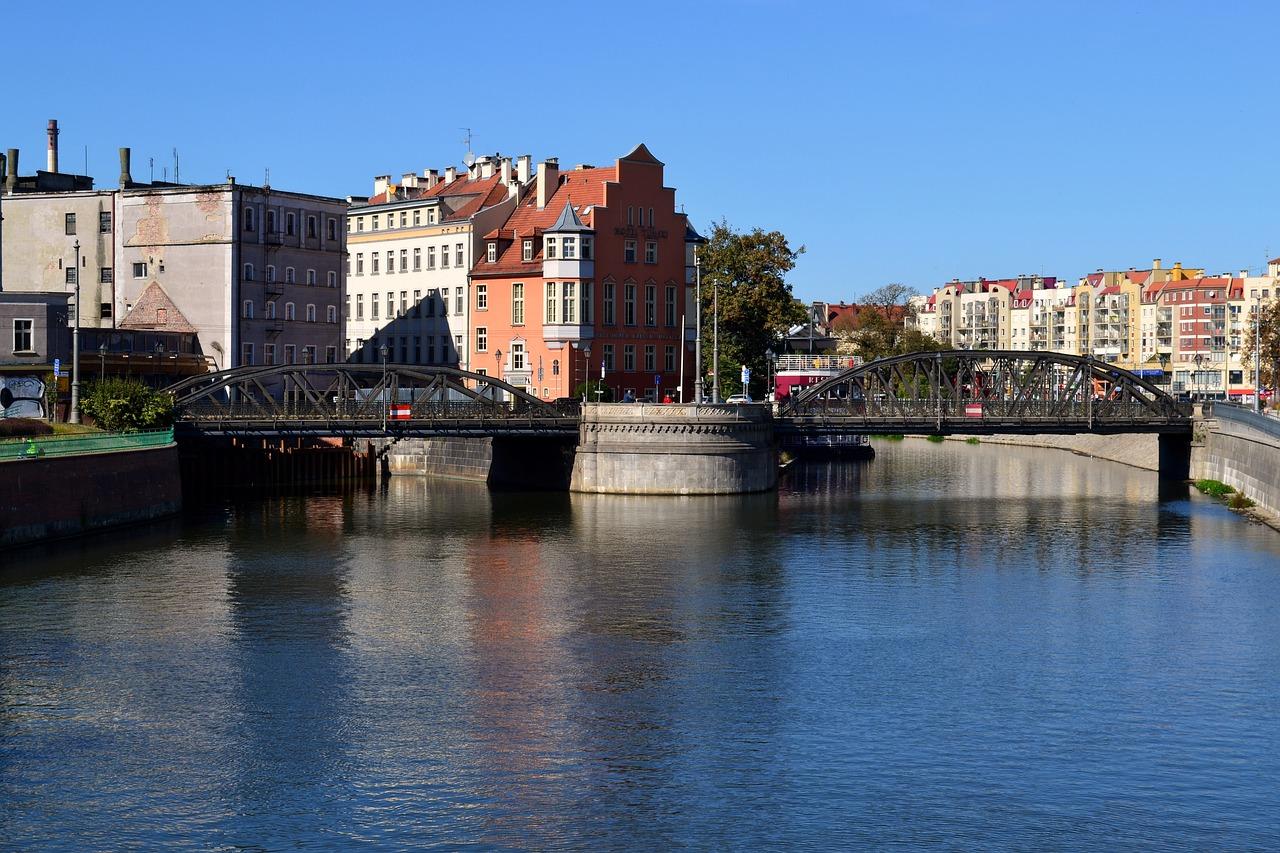 The fact is that Wroclaw has various areas of the economy which began to develop. This contributes to the influx of young professionals who want to live and work in a big and beautiful city. Therefore, in Wroclaw now:

The price for 1 m2 of real estate in Wroclaw in the city center is about 1.5 thousand euros, the rental yield is 8-10% per year.

Despite the fact that Vilnius is the capital of the Baltic state, real estate prices are quite reasonable here. The city even ranks among the available capitals of Europe. 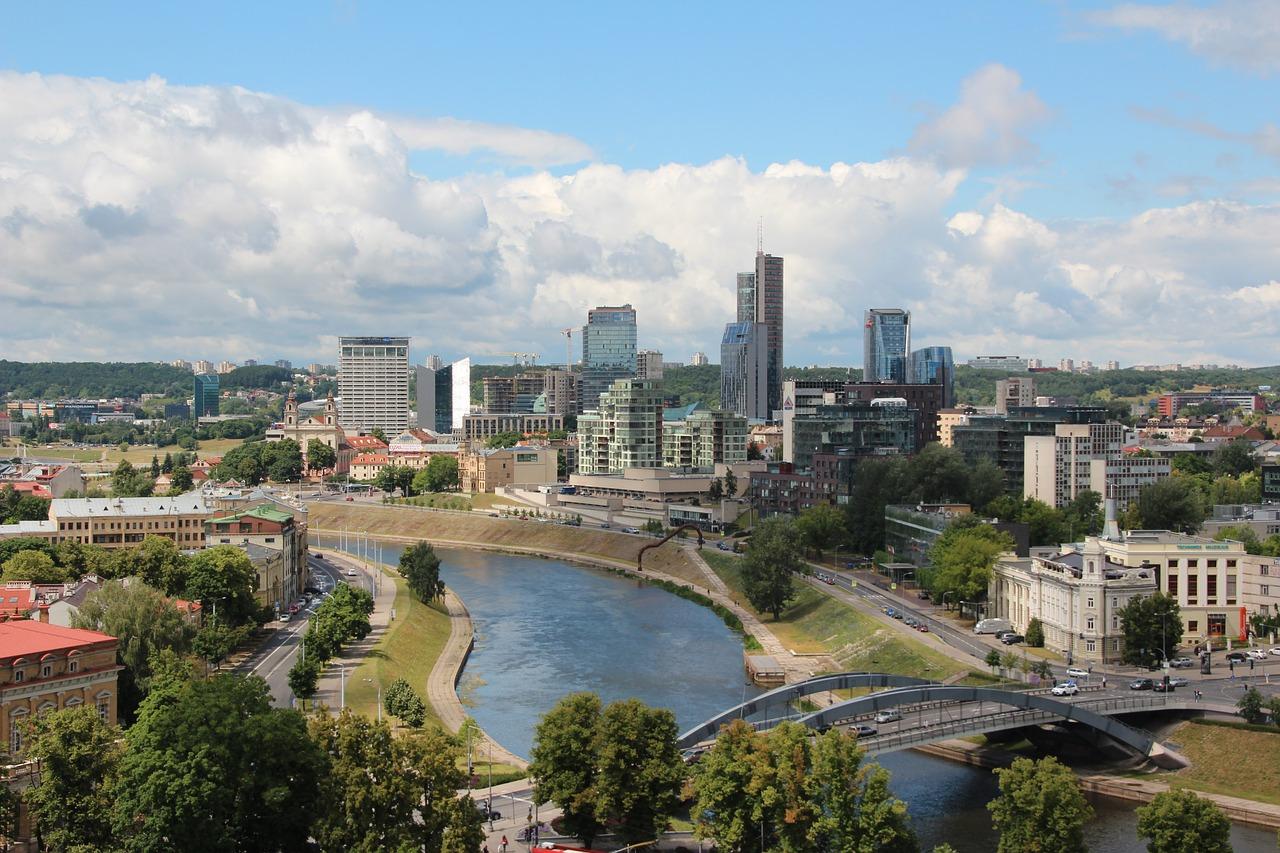 At the same time, Vilnius is very clean, calm and very comfortable to live, work and do business. The demand for primary real estate fell slightly, but at the same time commercial real estate is now on top. That means that its significant rise in price may occur in the next few years.

The price for 1 m2 of real estate in Vilnius in the city center is about €1.6 thousand.

3. Cluj-Napoca and Timișoara in Transylvania, Romania

Transylvania combines several areas at once: economic, tourist and educational. It is in Transylvania that the largest types of production in the country are concentrated, including food manufacturers. 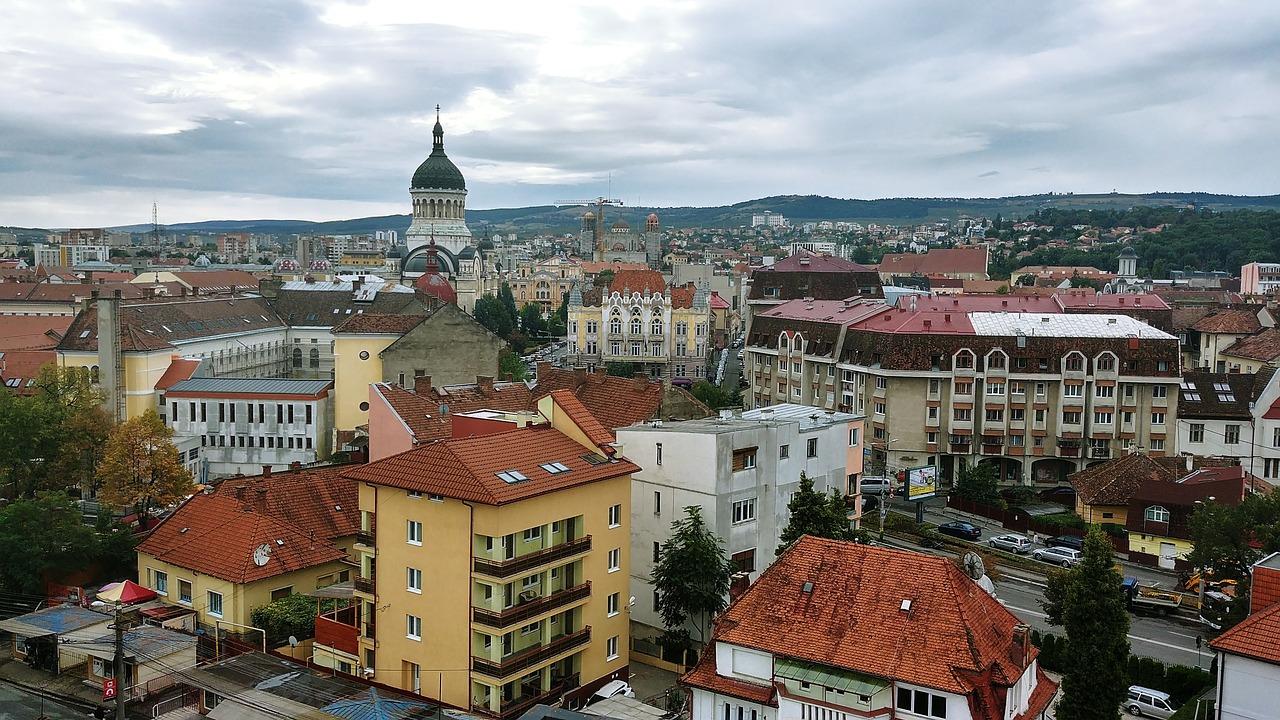 Cluj-Napoca is developing actively, and this is easy to explain. Many universities are concentrated here, almost a third of the city's population is young people. That is why small and medium-sized businesses are actively developing here, families are being created and interesting projects are being implemented. The demand is great for both residential and commercial real estate.

Housing prices vary greatly depending on their location. In the center, 1 m2 costs about €2.5 thousand, outside the city - about €800.

In general, the southern part of Italian mainland is one underestimated region. In some places, you can buy a house near the coast for €20-30 thousand - fabulous prices for Europe, especially for the resort area. 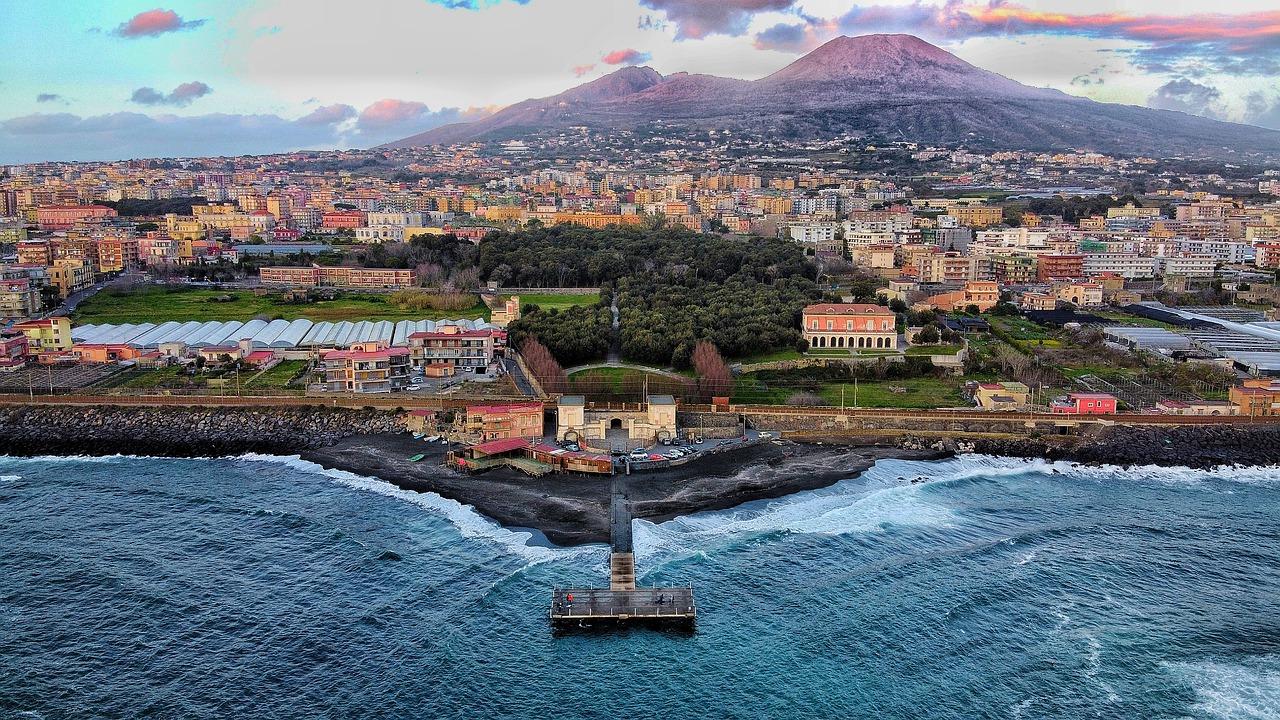 Campania is a developed area, its center is the ancient city of Naples. Yep, Naples doesn’t have cheap accommodation, but living is cheap here, plus there are more opportunities than in Rome or Sicily.

It is easy to combine quiet rest and active work in Campania. You can run your own business or work remotely. Unlike some other southern regions of Italy, it is not boring here, even when the tourist season is over.

Slovakia is developing quite dynamically. Bratislava shows an excellent interest from foreign investors, but Košice stays on the sidelines for now. 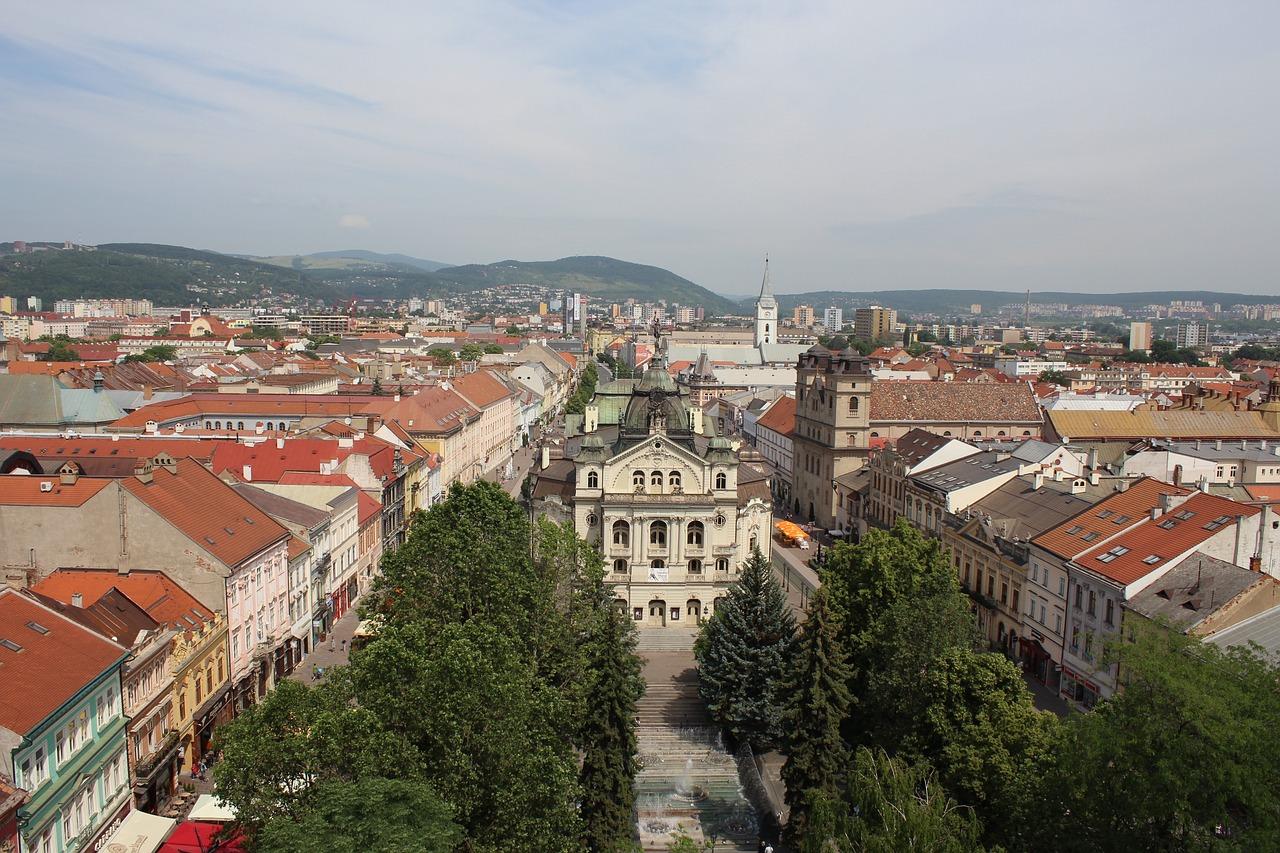 But in vain. It is here that the most active development of all spheres of the economy takes place: from tourism to the IT sphere. At the same time, the city is well located: the Košice region shares international borders with Western Ukraine, which will appeal to many investors from the latter.

The price for 1m2 of real estate in the suburb of Košice is about €1 thousand, in the city center it can go up to €2-3 thousand.

Randstad is a metropolitan area in the west of the country that includes Amsterdam, Utrecht, Rotterdam and The Hague. The latter is the most underestimated. 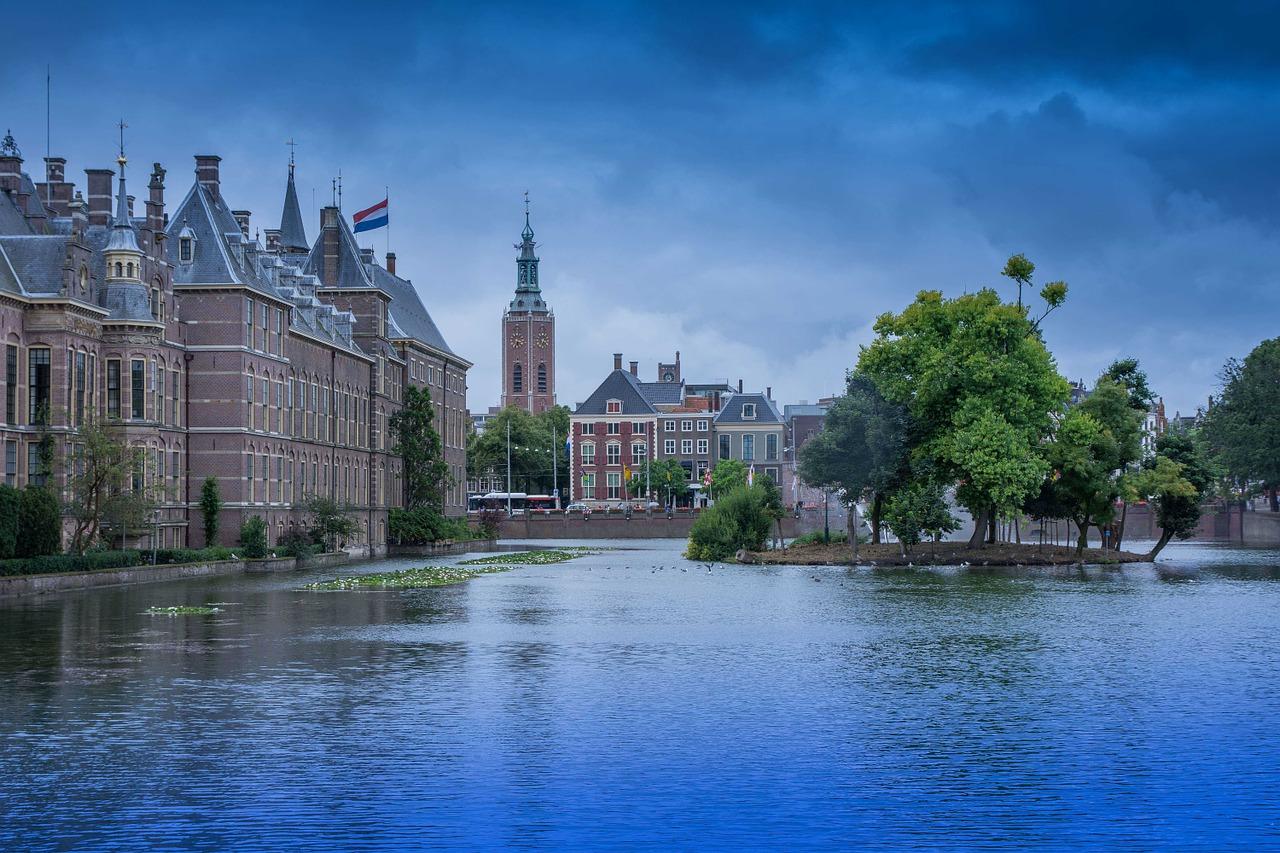 Meanwhile, it is a developed tourist city that shows the highest level of income from real estate. It can step over 7% per annum - while Amsterdam reaches over 6%. Moreover, you can rent housing for both long-term and short-term.

The price for 1 m2 is about €3 thousand. For this money, you can find an apartment close to the city center.

This large city is beginning to attract young residents of London. Almost a quarter of young and in-demand specialists have already moved here from the capital. It's all about the concentration of offices of large companies and concerns, as well as the rapid pace of development in all spheres of life. 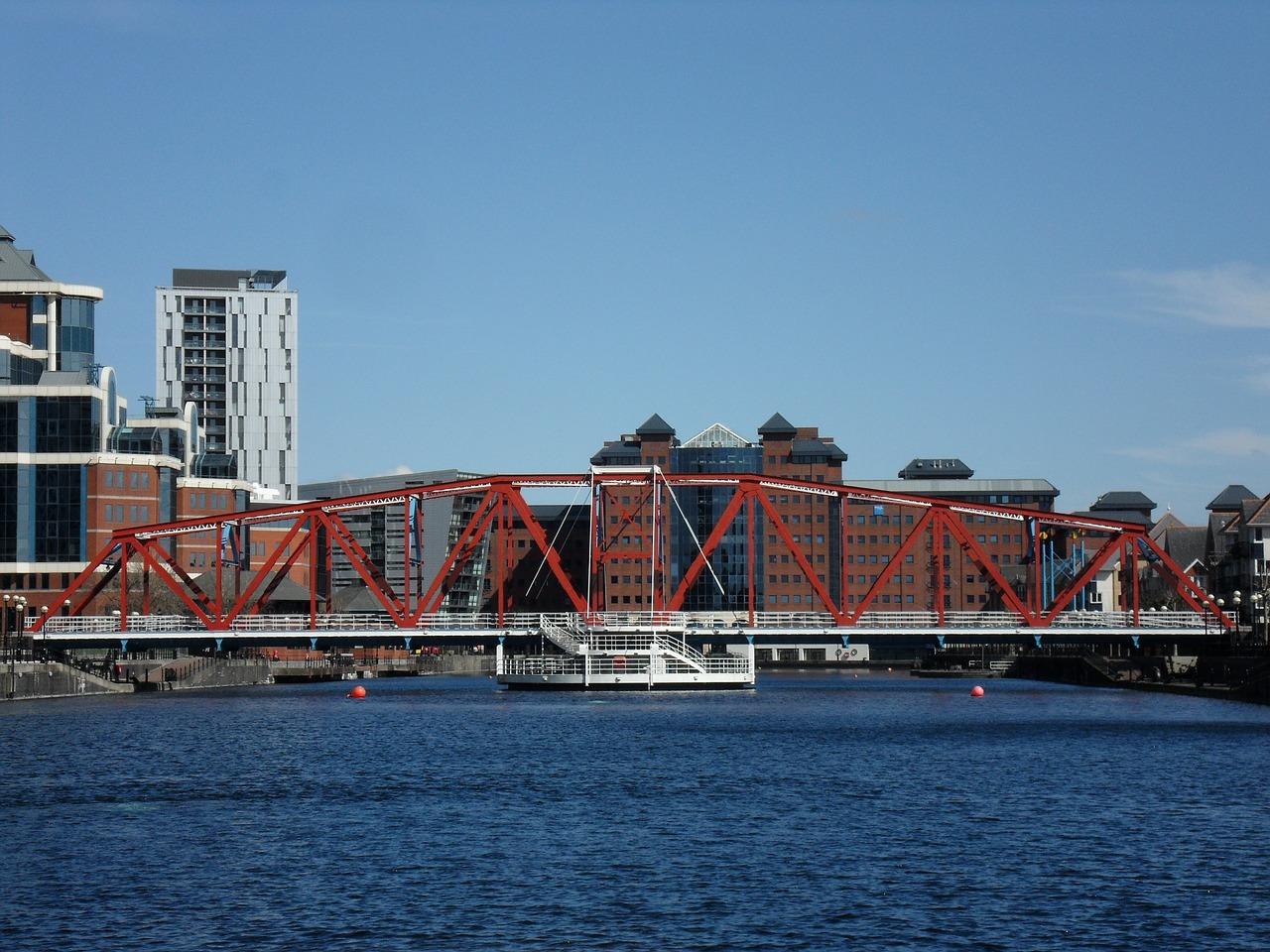 The influx of population has led to an unprecedented demand for real estate. Not only has Manchester turned into a construction city, but housing prices have also increased. The annual price increase is 8-10%! Therefore, buying commercial or residential real estate in Manchester is a profitable business. It can be resold or rented out later.

The price for 1 m2 can go up to €7 thousand - this applies to luxury housing. The middle class housings cost 2 times cheaper.

Unlike South Moravia, the South Bohemian Region is an ecologically clean and very pleasant region to live in. There are cultural, architectural and natural attractions. 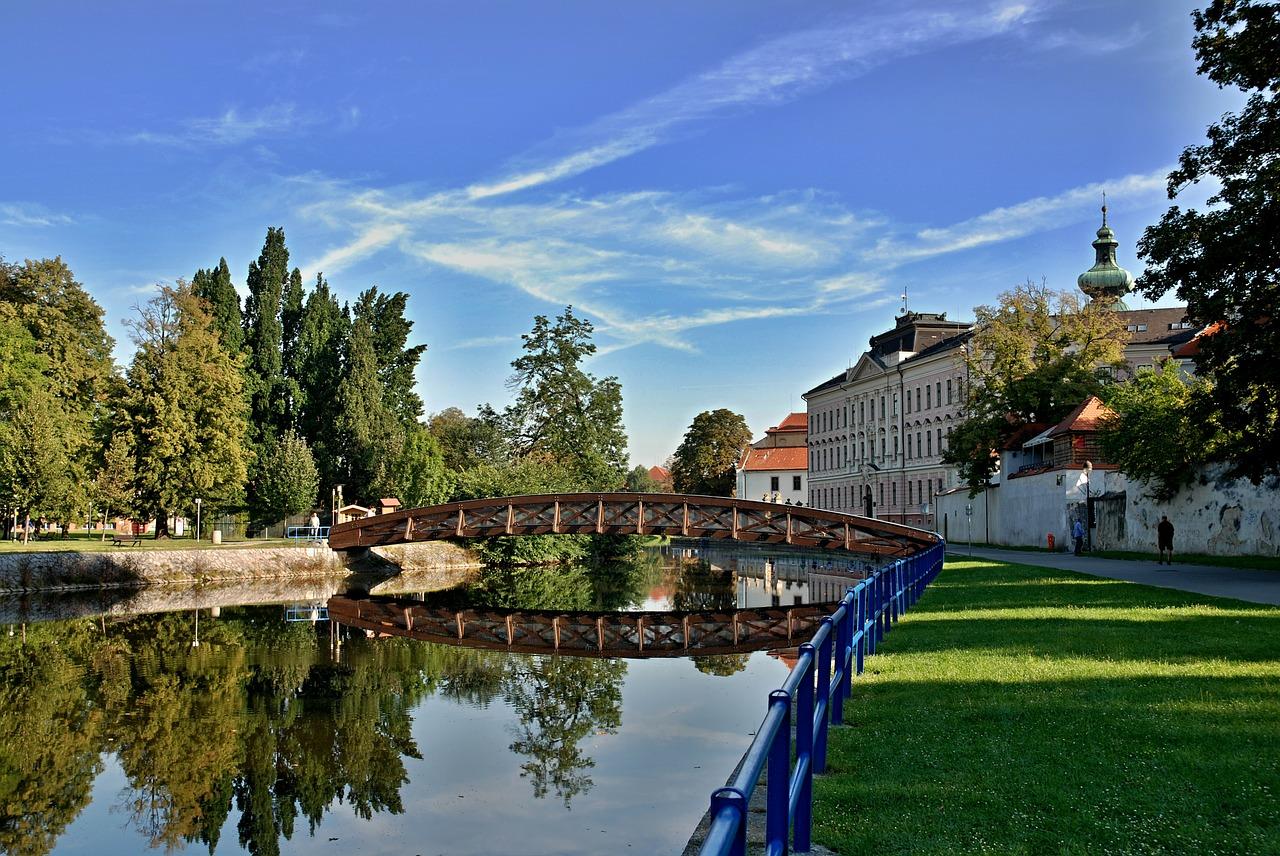 The interest of tourists in South Bohemia is growing, which means that real estate is in high demand here. So far, prices in České Budějovice, Český Krumlov and other cities in the region are very different from those in Prague, but they are showing steady growth.

The price for 1 m2 is about €1 thousand, which is almost 3 times less than in the capital.

This is the southern region of the country, which cannot be called underestimated in the full sense. It has long been looked after by foreign investors from France, Great Britain and China. But there are still lots of good options. 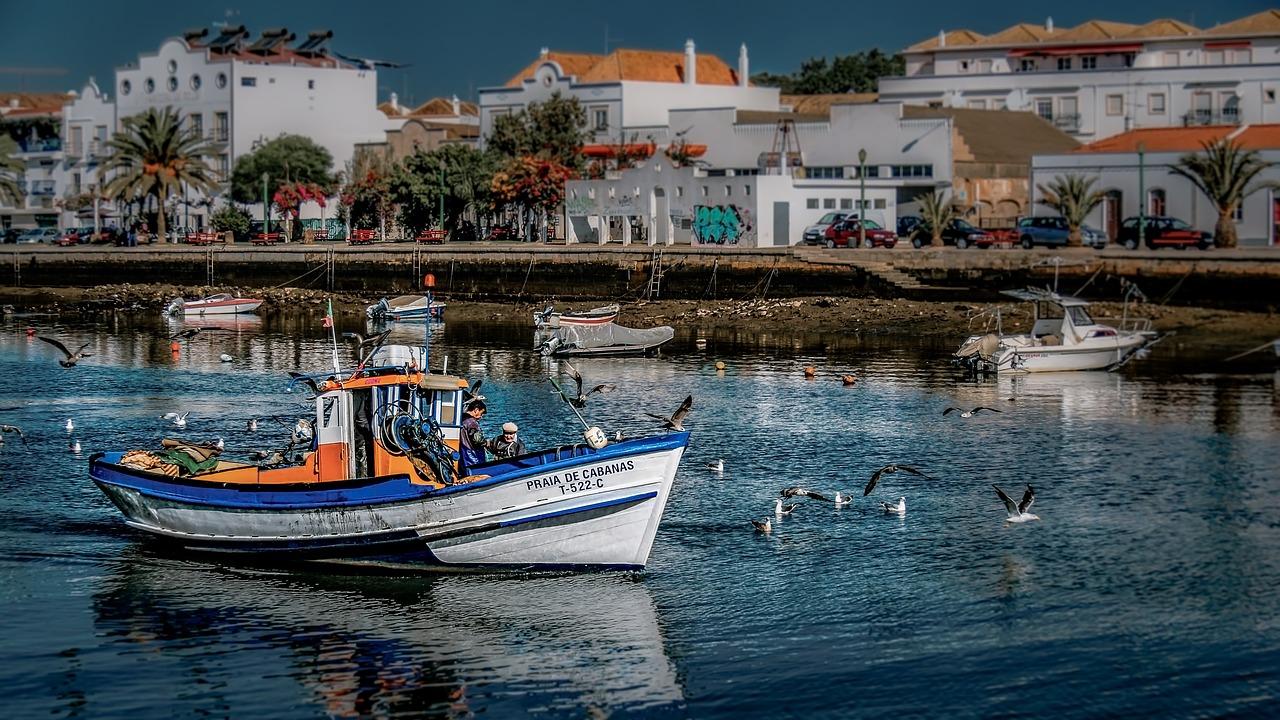 First, Algarve has a very mild climate. It is pleasant to spend not only summer here, but also winter. Second, the growth in real estate prices is stable. Some analysts are of the opinion that apartments and houses may rise in price by 1.5-2 times over the next decade. In addition, housing can be rented out to both tourists and long-term tenants.

The average price for real estate in the Algarve is €1.8 thousand per 1 m2.

Foreign investors have long known about Limassol as it is a great place for life, leisure, business and all kinds of entertainment. But Paphos, which can compete with Limassol, is not taken into account. Although there are no good reasons for this!

Paphos is a large city on the west coast of Cyprus, which is distinguished by:

By the way! Some people call Paphos "the city of retirees" because it is home to a large number of senior British citizens. They retire and move to live on the island of Aphrodite.

Yes, but actually Paphos is an active and lively city, its heart rate in the city center does not slow down even during the winter season. Although in general it is becoming quieter here. There are many young people and families with children in Paphos, as well as successful businessmen. So it is definitely not worth considering the city as a “refuge for pensioners”. 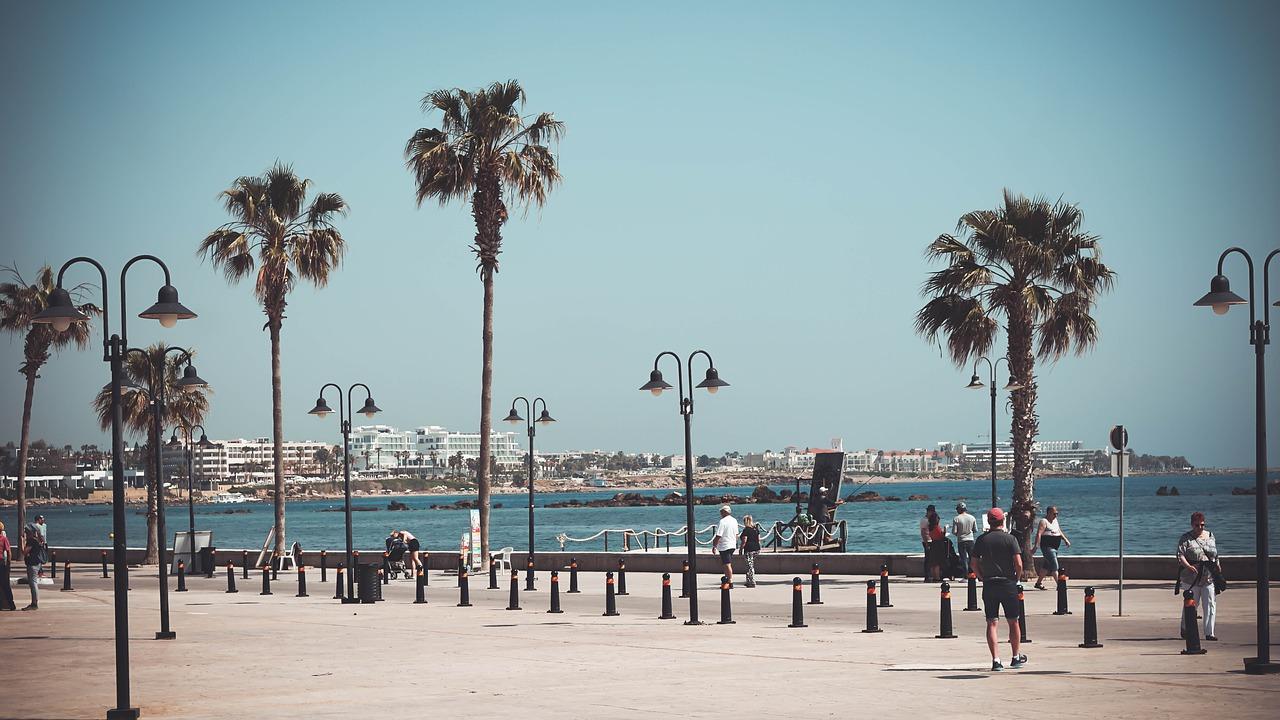 Anyone can choose a location to their liking. Pano Paphos is for those who want to feel the rhythm and pulsation of the city. Kato Paphos is for lovers of antiquity and the centuries-old history of the city. Villages (both large, like Peyia or Polis, and small) are for a quiet life away from the hustle and bustle and closer to nature.

But there is a school and kindergarten in each location, as well as a hospital, shops with everything you need. Paphos is a vast area of ​​Cyprus, in the development of which a lot has been invested in recent years.

Quite an interesting situation has developed in Paphos with real estate. The fact is that 1 m2 of housing is much cheaper here than in Limassol or Nicosia. Its cost is on average €1.4 thousand.

The rent also costs a little less: €100-150 per month when comparing two-bedroom apartments. With villas, the savings will be more significant. 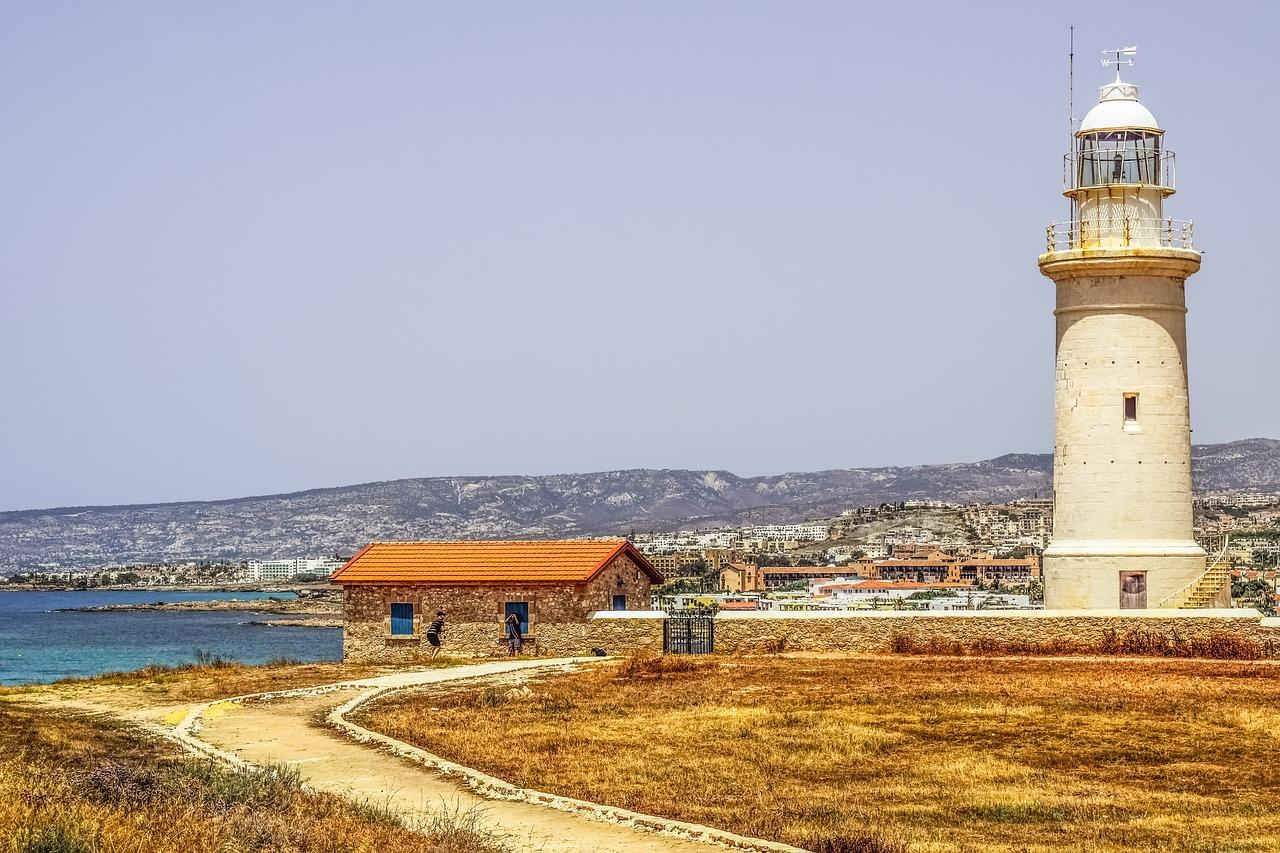 At the same time, there is a lot of luxury real estate here.

High-rise construction is not practiced in Paphos. More precisely, there is a real confrontation between businessmen and the municipality. The former want to make the city look more modern and, following the example of Limassol and Larnaca, build beautiful high-rise buildings on the coast. The latter are actively resisting this, as they want to preserve a touch of antiquity and authenticity of Paphos.

It is difficult to say who will finally "win". In any case, Paphos has already attracted a lot of attention. Foreign investors have begun to turn their attention to this tranquil yet promising corner of Cyprus. Although the word "corner" is not entirely correct, since Paphos is a large area.

Paphos property prices are not the lowest, but the fact remains: they will rise. At the same time, oversaturation in the market will not happen for a very long time, unlike Limassol, to which pessimists predict an imminent discrepancy between supply and demand. 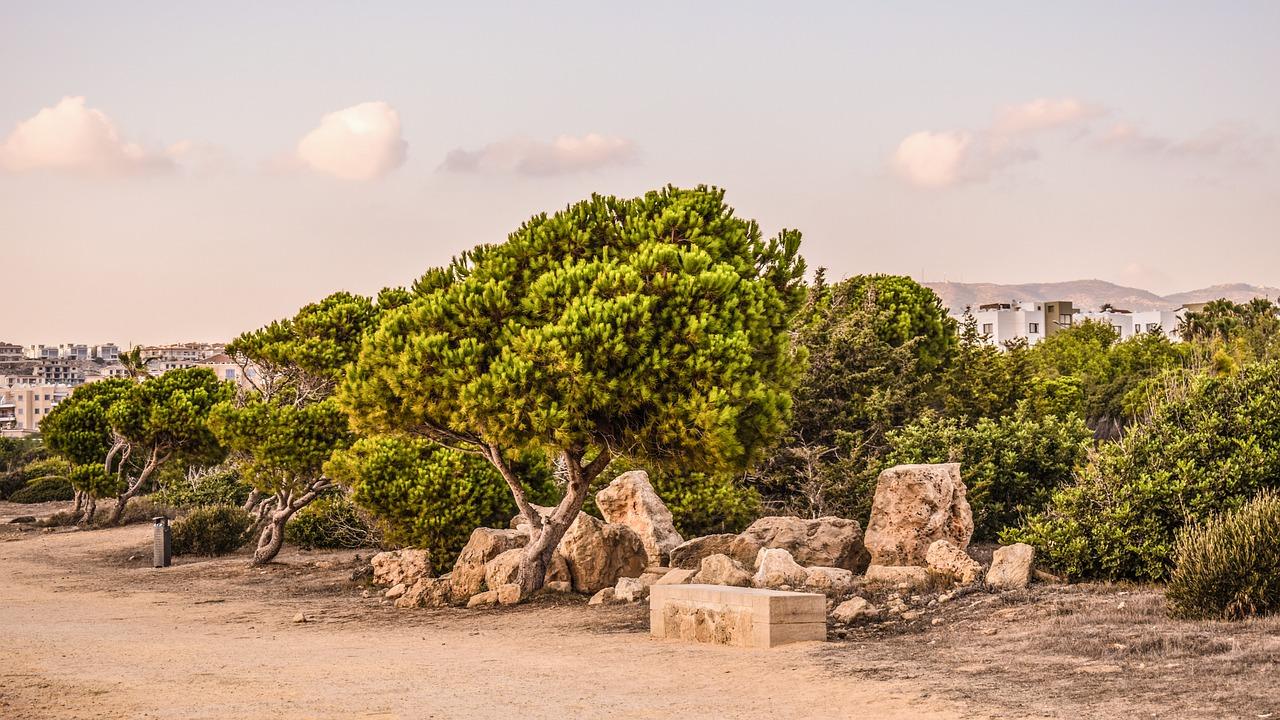 You can get to know more about Paphos real estate, as well as get professional advice from specialists, on the DOM real estate website.