Top 10 oldest buildings in the world

Since ancient times, people have needed a place to live. At first these were caves. But as people migrated across continents, it became necessary to have a roof over their head where there were no caves.

So people came to the need for residential construction, starting to build the simplest houses or huts. 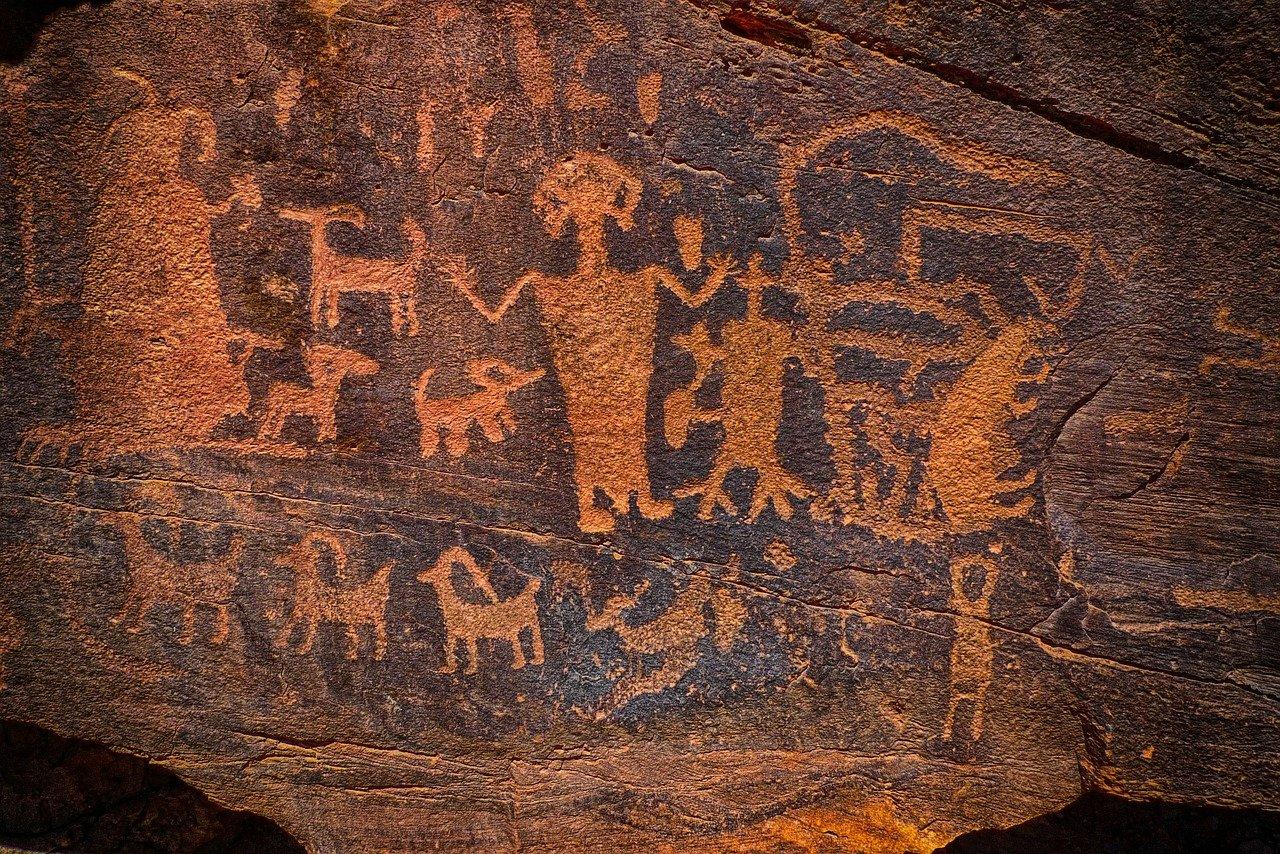 Such drawings were left on the caves walls by the ancient humans.

The human mind and the creative spirit could not stop, and they wanted to conquer all new heights in architecture and develop their construction genius. Therefore, relatively quickly in different parts of the globe, completely different civilizations began to erect outstanding structures that still can amaze and inspire us. What were these buildings and what were they used for?

In the list of ten outstanding ancient buildings that have survived to our days, we departed from a chronological principle, since we wanted to most clearly represent the achievements of ancient people, combining together different types of buildings erected on different continents by different civilizations.

Step pyramid at Saqqara or "pyramid of Djoser" (Egypt) 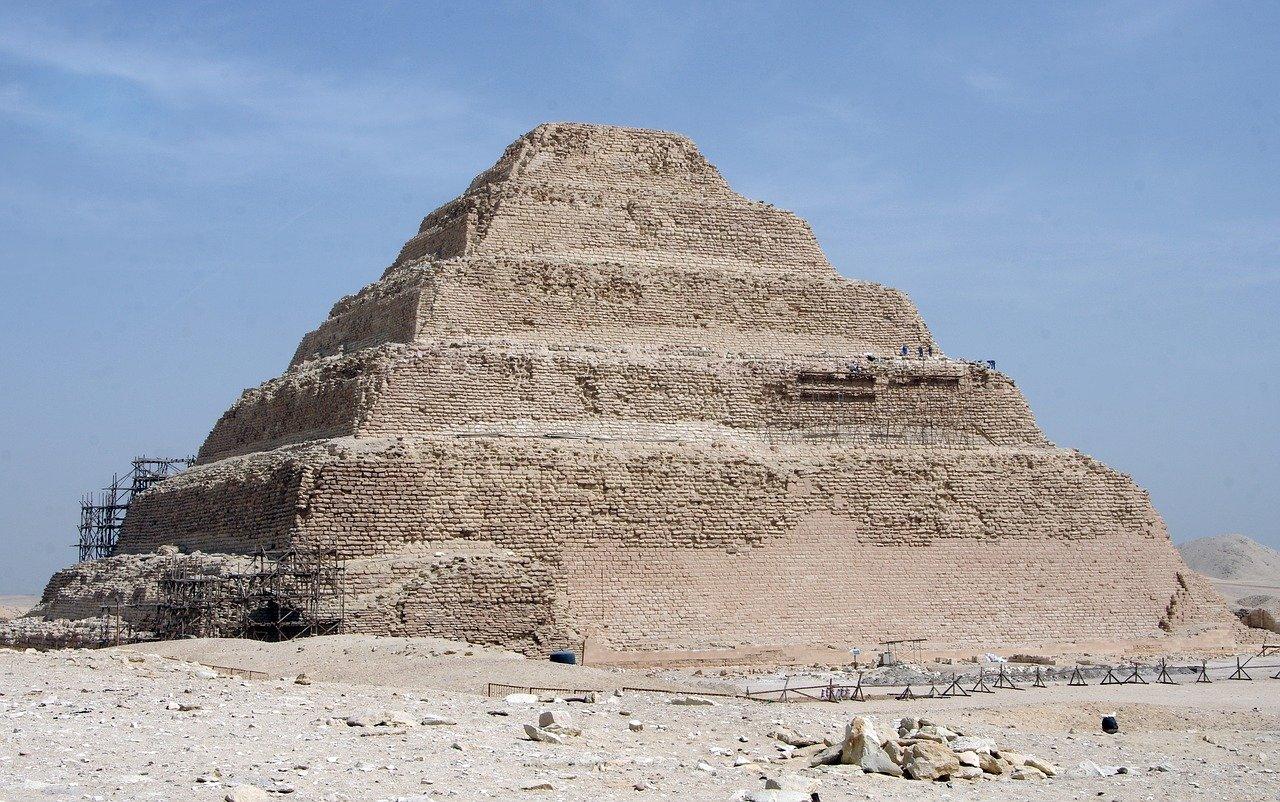 The first Egyptian pyramid was built around 2650 BC by order of Pharaoh Djoser.

Before Djoser, the rulers of Egypt were buried in the so-called mastaba - square tombs made of clay bricks. Djoser decided to give his final resting place a more majestic look, ordering to build a few more levels over the standard mastab. Therefore, the pyramid turned out to be stepped (the technique of building pyramids of the classical form did not yet exist at that time), which gave the building itself a new symbolic meaning of the staircase along which the pharaoh's soul ascends to heaven. The height of the step pyramid is 61 m. 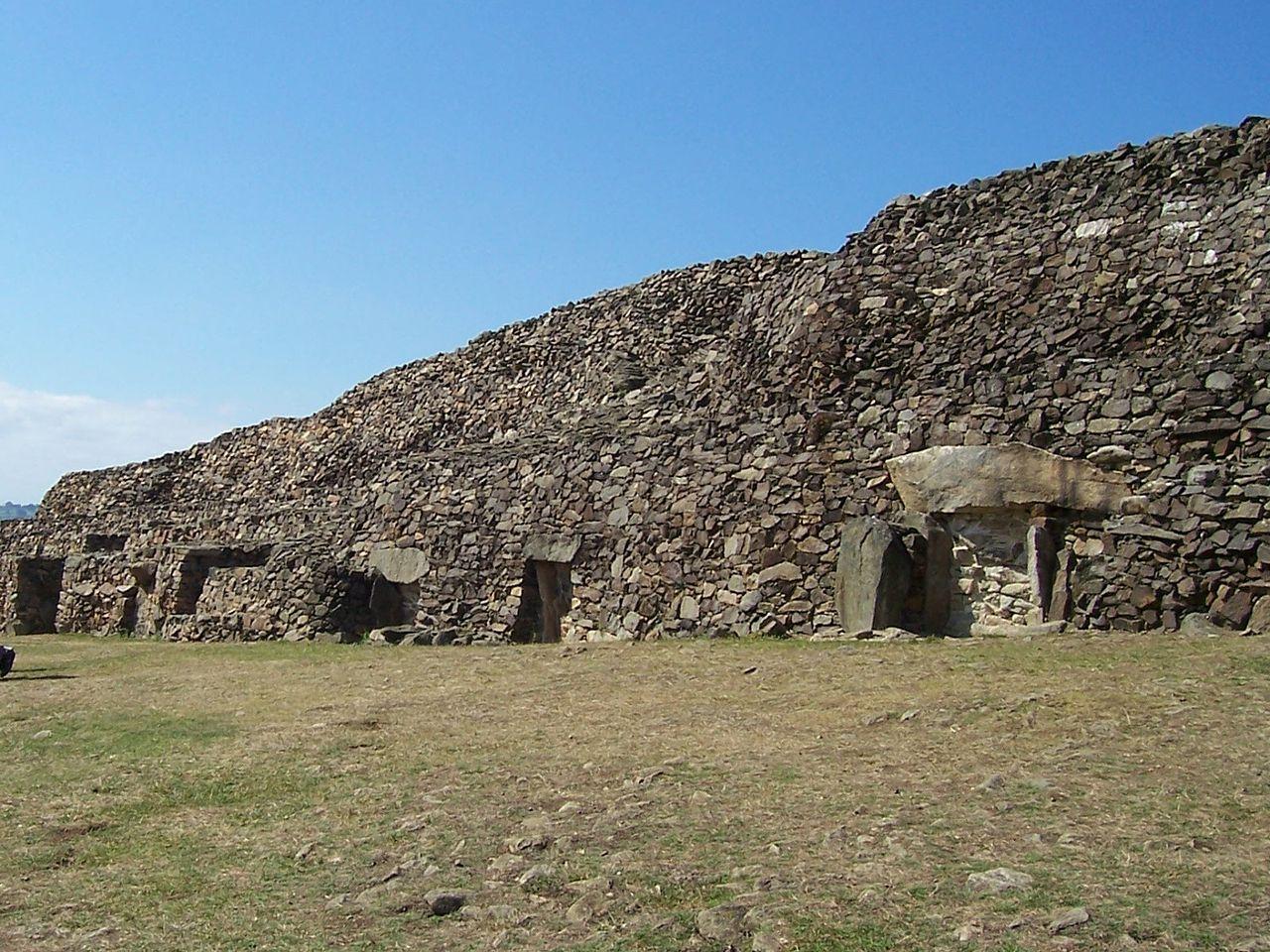 The first known megalith (a structure of large boulders) in Europe, built in the fifth millennium BC.

The height of the mound is 8 m, and the total weight of all blocks used for the construction is about 14,000 tons. The mound, however, was not built immediately, but in two stages, which are 200 to 800 years apart from each other. The purpose of the mound, like the purpose of the Egyptian pyramids, was funeral. There are 11 chambers in the Barnenes mound, interconnected by corridors.

There are other surviving burial structures constructed in the fifth millennium BC: the Bugon, Saint-Michel, Jersey's dolmens

Ziggurat of Anu in Uruk (Iraq) 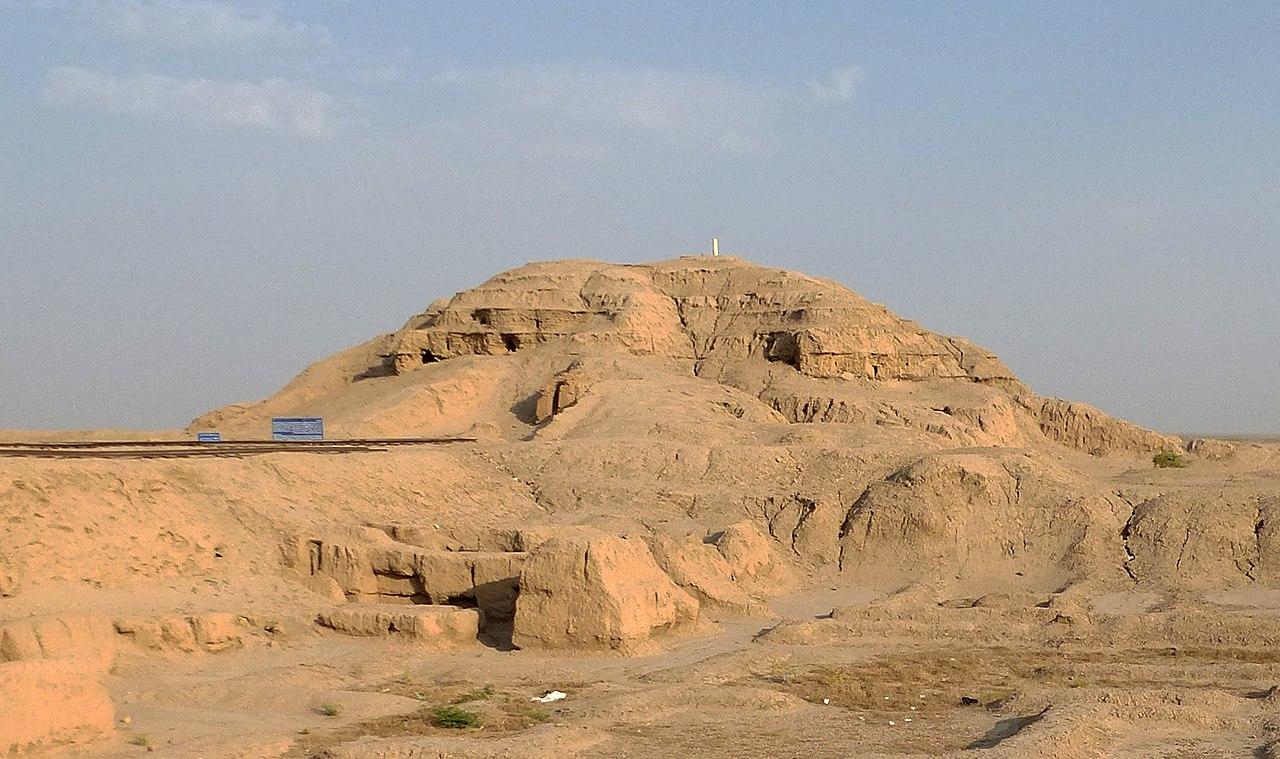 The remains of the ziggurat (photo tobeytravels, source)

Ziggurats are religious buildings of Ancient Mesopotamia, erected in the form of a stepped truncated pyramid.

The oldest such structure is the ziggurat of the god Anu in Uruk (modern Iraq), built at the beginning of the fourth millennium BC. This is a massive embankment with a height of 21 m, on top of which the so-called 'White Temple' was erected - the sanctuary of Anu, the god of sky, the supreme deity of Mesopotamian mythology. The temple was perfectly visible not only because it stood on a hill, but also because of its white plaster finish, which reflected the sun's rays. A limestone staircase led to the temple, along which religious processions climbed up. By the way, the biblical story about the construction of the Tower of Babel most likely describes the construction of a ziggurat. 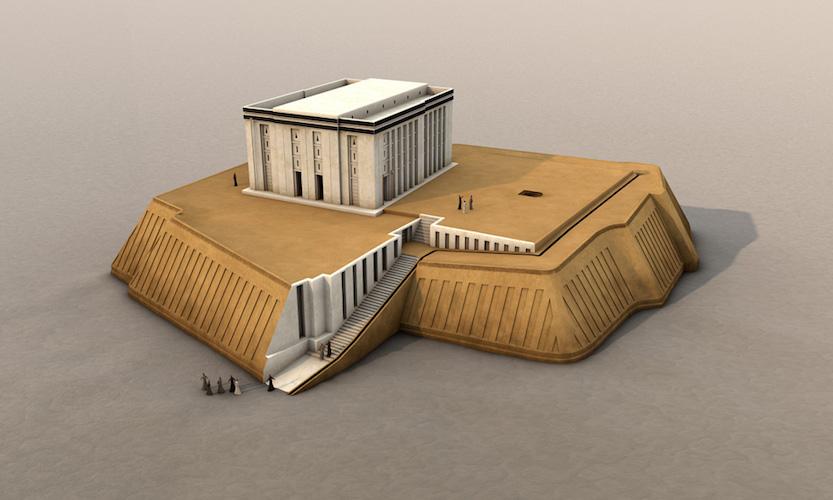 Europe has her own ziggurat, in Sardinia.

Not far from the city of Sassari in the north-west of the island in 1954, scientists found a structure very reminiscent of the ziggurats of Babylon, only of a smaller scale. This was a sanctuary at Monte d'Accoddi, built in the second half of the fourth millennium BC. 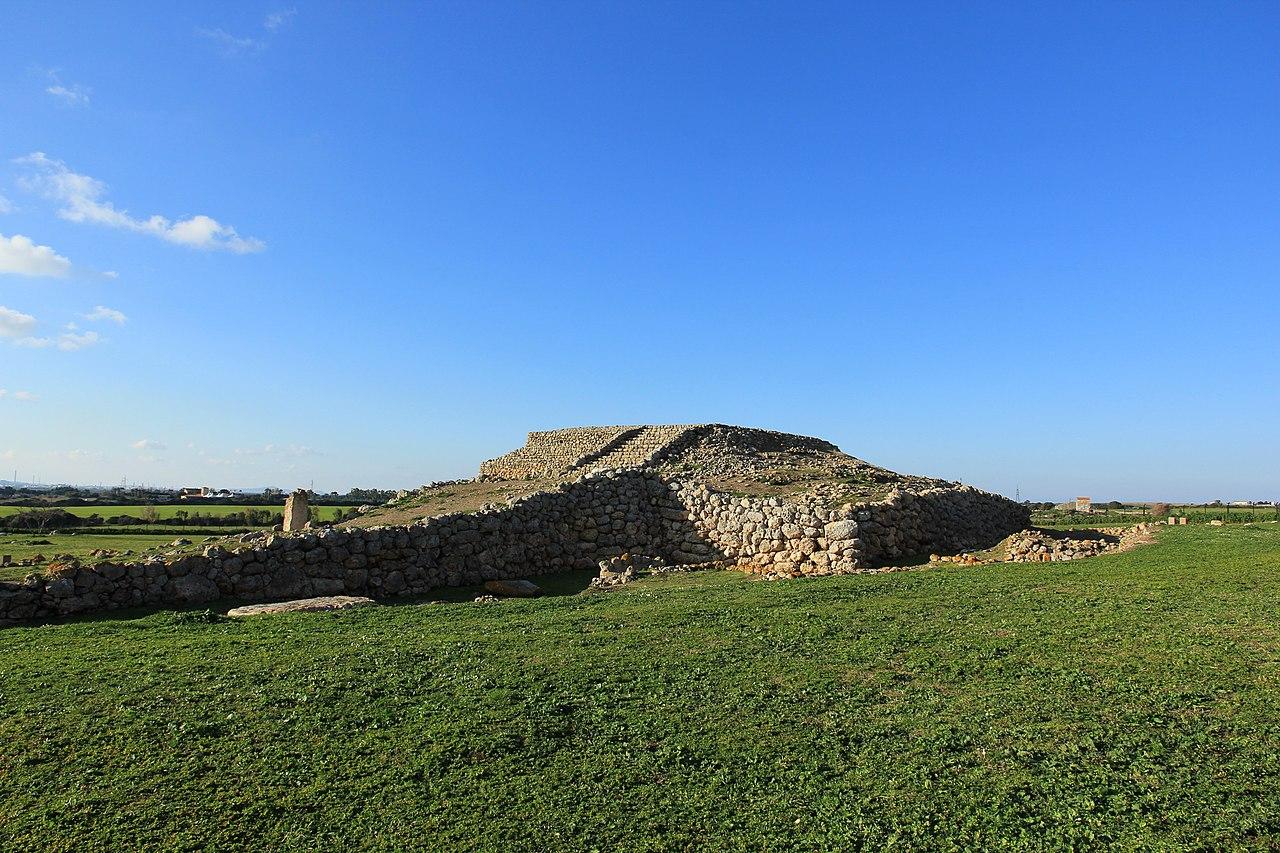 Not so majestic, but our [European] own (photo by Gianni Careddu, source) 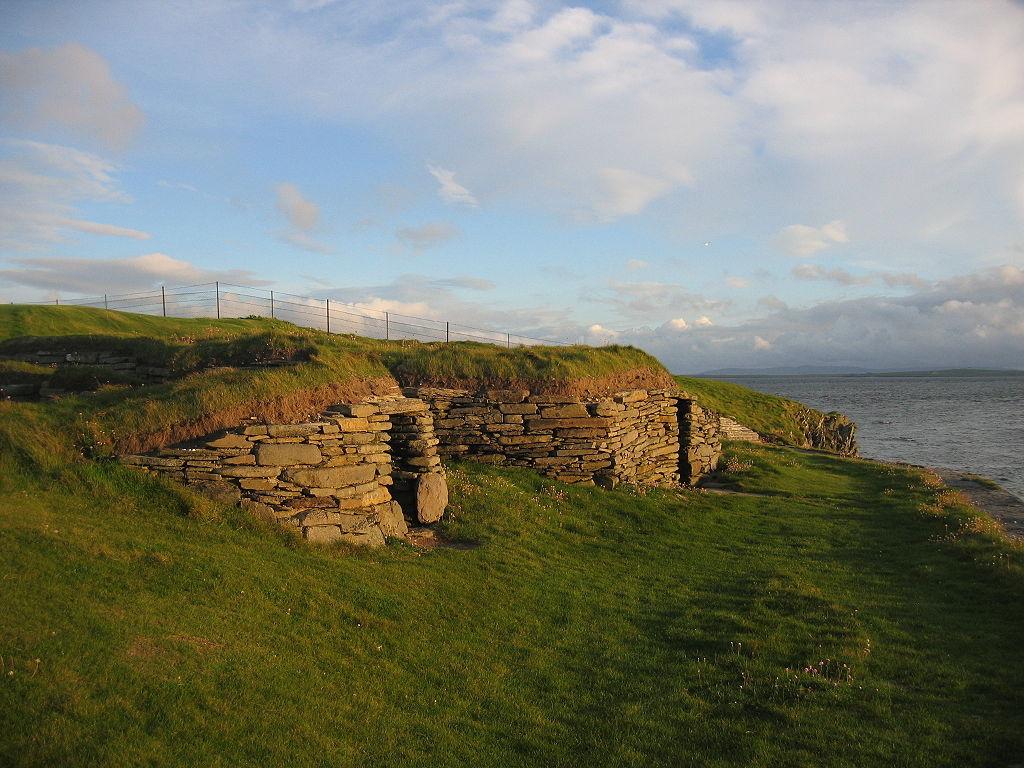 These are perfectly preserved stone houses on Papa Westray Island, north of Scotland.

They were built in the middle of the fourth millennium BC. They are two thick-walled buildings adjacent to each other and connected by a corridor on the seashore. The entrance to the buildings had a height of 1.6 m. There are no windows, and the light comes in through the smoke hole in the roof.

Stone furniture used by local residents is well preserved: a table, stove, beds, shelves, remnants of dividing partitions between rooms. The inhabitants of the Knap of Hawar kept sheep and pigs, raised barley and wheat, and fished for fish and shellfish. People left this place in the 19th century BC for an unknown reason. 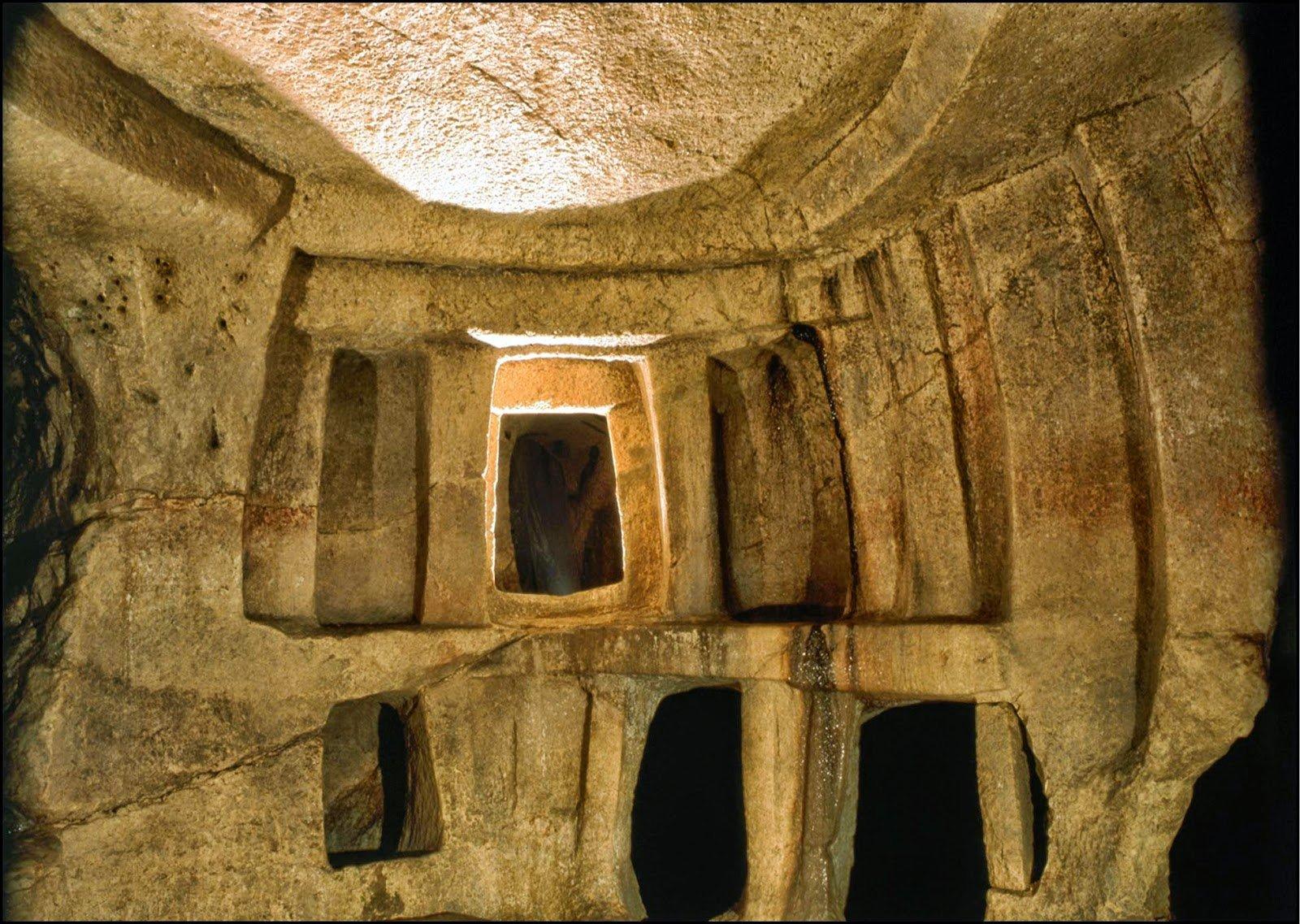 In 1902, a team of workers who were laying water pipes for a house in Paola, Malta, suddenly discovered a large man-made room underground.

Although they initially tried to hide the news about the find (probably so as not to delay the laying of the water supply), the famous Maltese ethnographer and archaeologist monk Emmanuel Magri learned about the discovery. In November 1903, he managed to initiate archaeological excavations here. As a result, it was found out that an open underground room (or hypogeum) was carved into the rock at the end of the fourth millennium BC and was part of an ancient temple with a necropolis.

It had a main hall, an altar room, an oracle room and burial chambers. Light penetrated inside thanks to a complex system of windows. This underground temple had an aboveground part through which it was possible to get into the hypogeum, but after its destruction the entrance was lost and the use of the temple with the necropolis ceased.

Other prehistoric structures have also survived in Malta, they are megalithic temples dating from 3600 to 2500 BC. BC. The most famous of them are Ġgantija, Ta' Ħaġrat, Skorba. According to local folklore, they were built by the giants who inhabited the island. 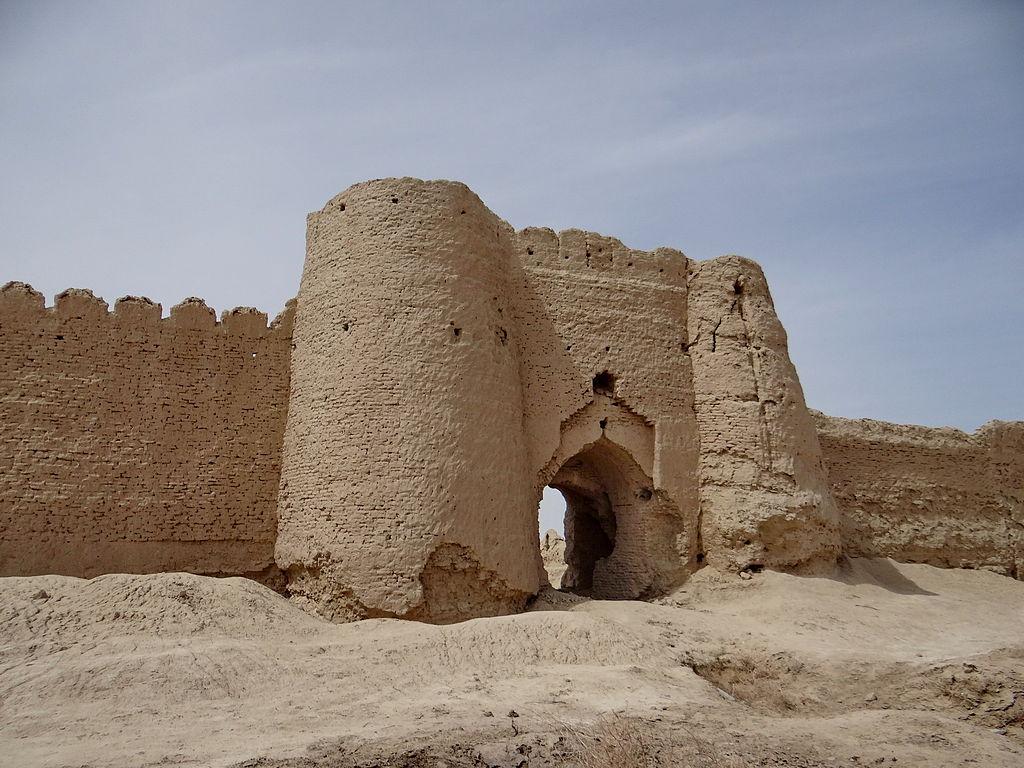 The ancient city, which is located in the today's east of Iran, at the very border with Pakistan.

It was constructed no later than around 3,200 BC (several city buildings of that time have survived) and was abandoned in the 12th century BC. It is one of the largest cities in the early history of mankind, but its past is still shrouded in fog. It is not clear what helped the city to surpass in development all the nearby settlements.

No military weapons have been found on the territory of the ancient city, but there are finds testifying to the high development of technology, for example, an eyeball prosthesis, which was attached to the eye socket with a wire. 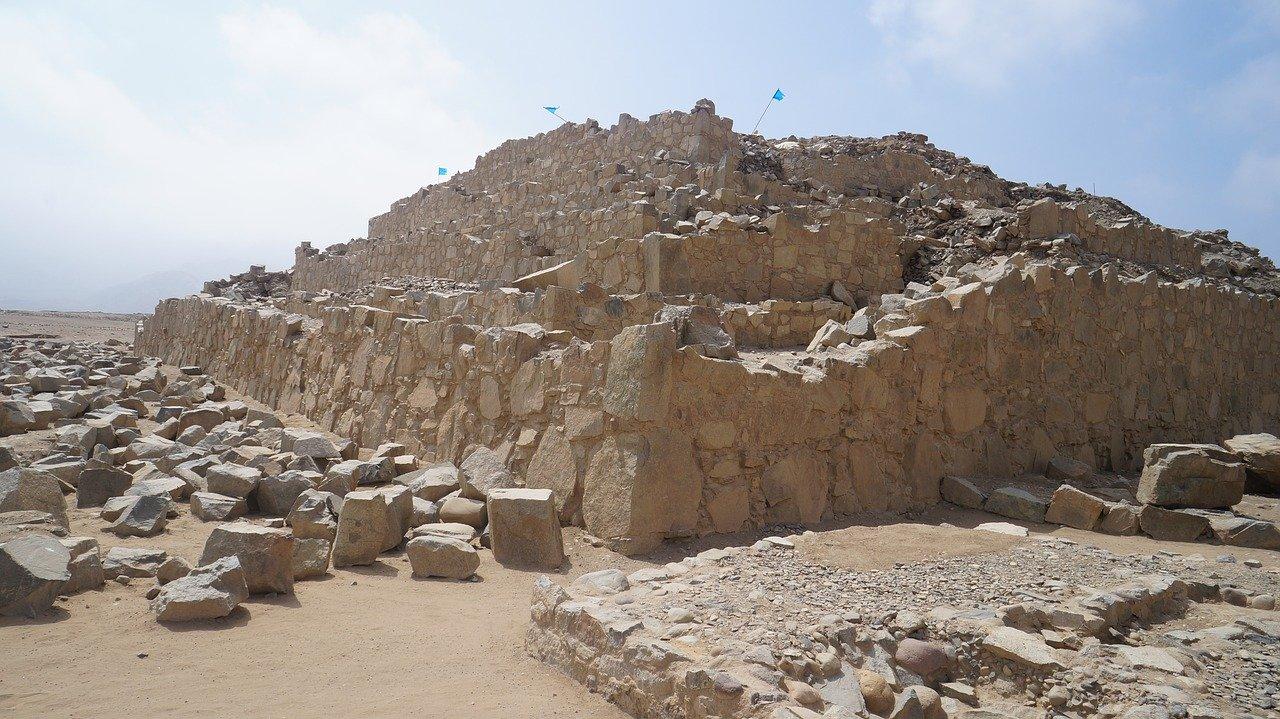 Two ancient cities located in the territory of modern Peru.

Bandurria was inhabited and rebuilt between 4,000 and 3,000 BC, most likely in the 33rd century BC. This is one of the oldest settlements in the Americas. The main occupation of the inhabitants was fishing. Archaeologists have discovered several monumental structures on the territory, for example, a circular temple.

The ancient city of Caral is located 33 km northeast of Banduria, which until recently was considered the oldest city in North and South America. It was inhabited from the 26th to the 20th century BC. Caral is famous for its stepped pyramids, which are relatively well preserved to this day. 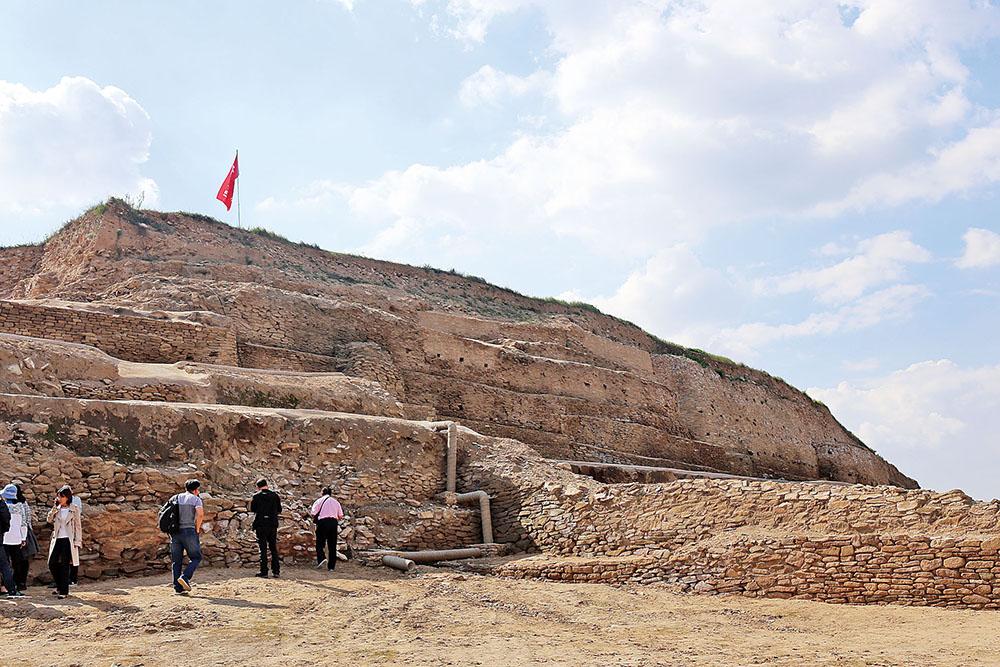 A fortified Chinese city built at the beginning of the third millennium BC in the today's province of Shaanxi, in the south of the Ordos desert plateau.

The city walls were 2.5 m wide and 5.7 km wide. In the center of the city there was a palace built on top of an 11-level stepped pyramid with a height of 70 m.

Scientists have found out that the construction of the city began with human sacrifices as 80 human skulls were found at the base of the city gates, mainly young women and girls.

Shimao was the center of trade between the south and north of modern China, as well as with the peoples of the steppe, as evidenced, for example, by finds of crocodile leather and bronze, fossilized seeds of barley and wheat, remains of sheep and other livestock, ancient samples of a musical instrument jaw harp. 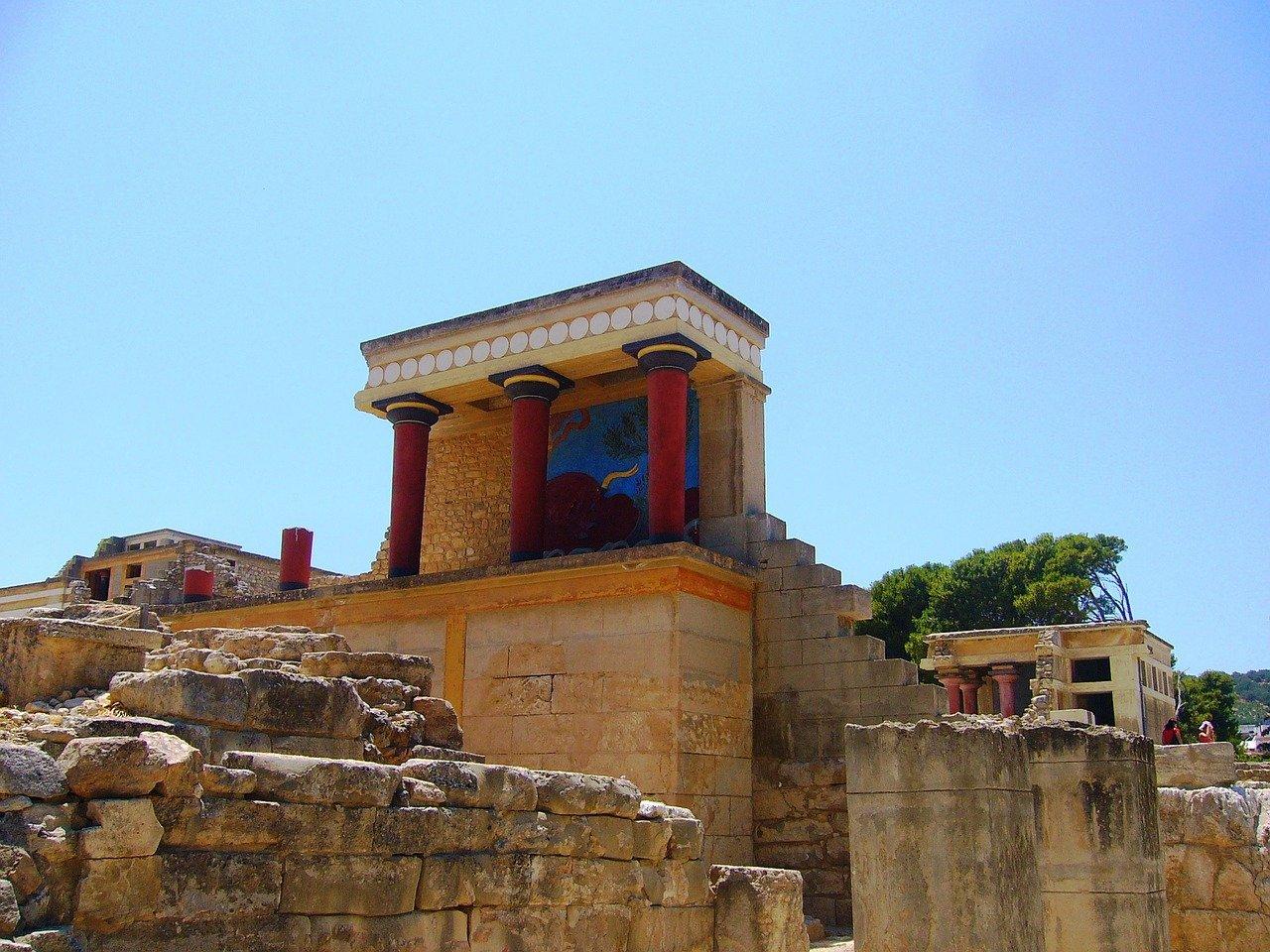 The palace in Knossos, the main city of the Cretan-Minoan civilization, was erected in the middle of the second millennium BC on the site of an older palace destroyed by an earthquake.

The palace of Knossos most likely became the prototype of the labyrinth in which the mythical Minotaur lived. The palace had several levels and a rather intricate plan with dozens of rooms and halls, interconnected by corridors and staircases. All rooms were grouped around the main front yard. The walls of the palace were decorated with images of dolphins, fish and bulls. The Palace of Knossos is called one of the first multi-storey residential buildings with plumbing, ventilation and lighting. 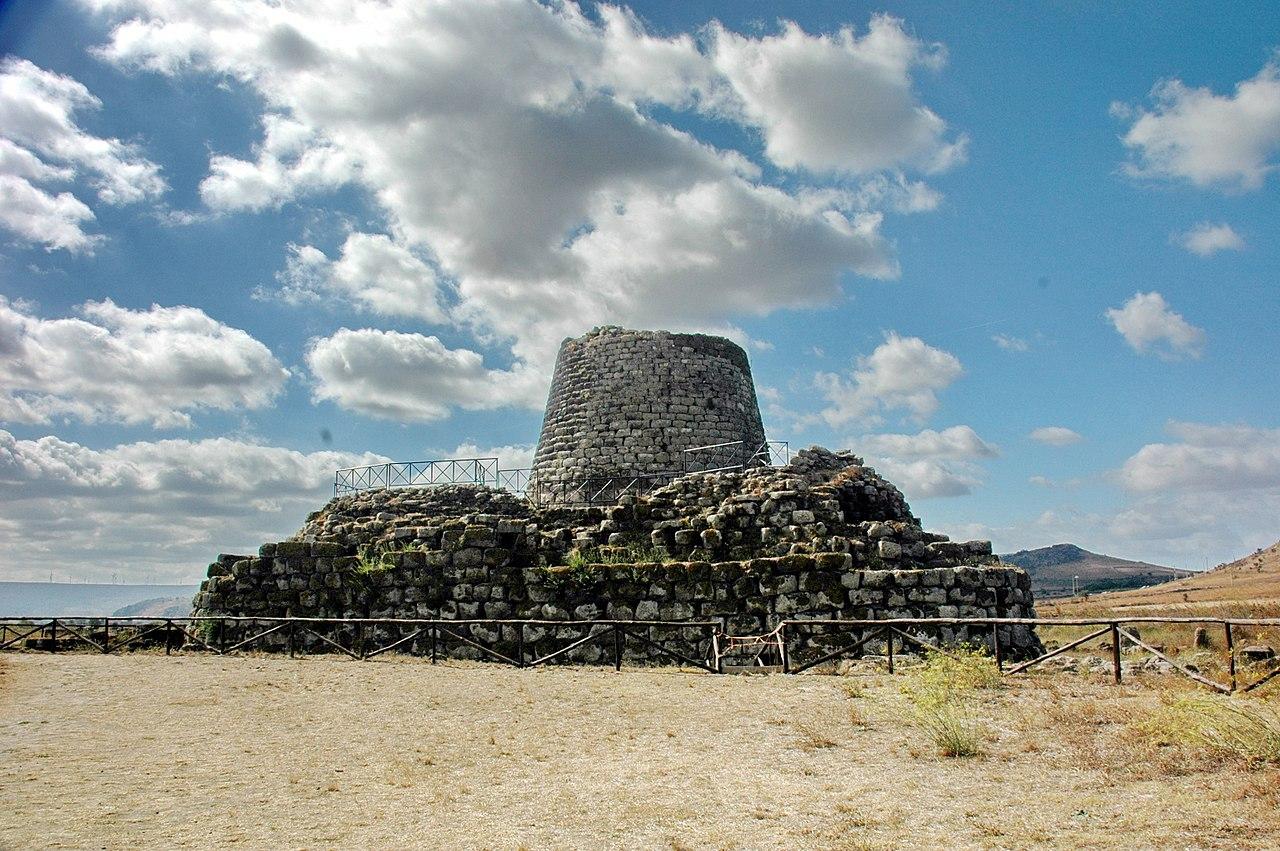 Nuraghe are called towers made of stones, a large number of which, about eight thousand, have survived in Sardinia.

The so-called "tower of St. Antonia (Santo Antine)" (the name was given already in the Christian era) was built in the 19-18 centuries BC. Its height reached 24 m, there were three floors inside. Nuraghes usually did not have a foundation and stood only thanks to their own mass, and the walls were built using the dry masonry method, that is, without a binder mortar.

There was a village around the Nuraghe. The purpose of the tower remains unknown, perhaps it combined the role of a fortification, the residence of the ruler and a temple. Some scholars associate the Sardinian Nuraghes with the megalithic temples of Malta. 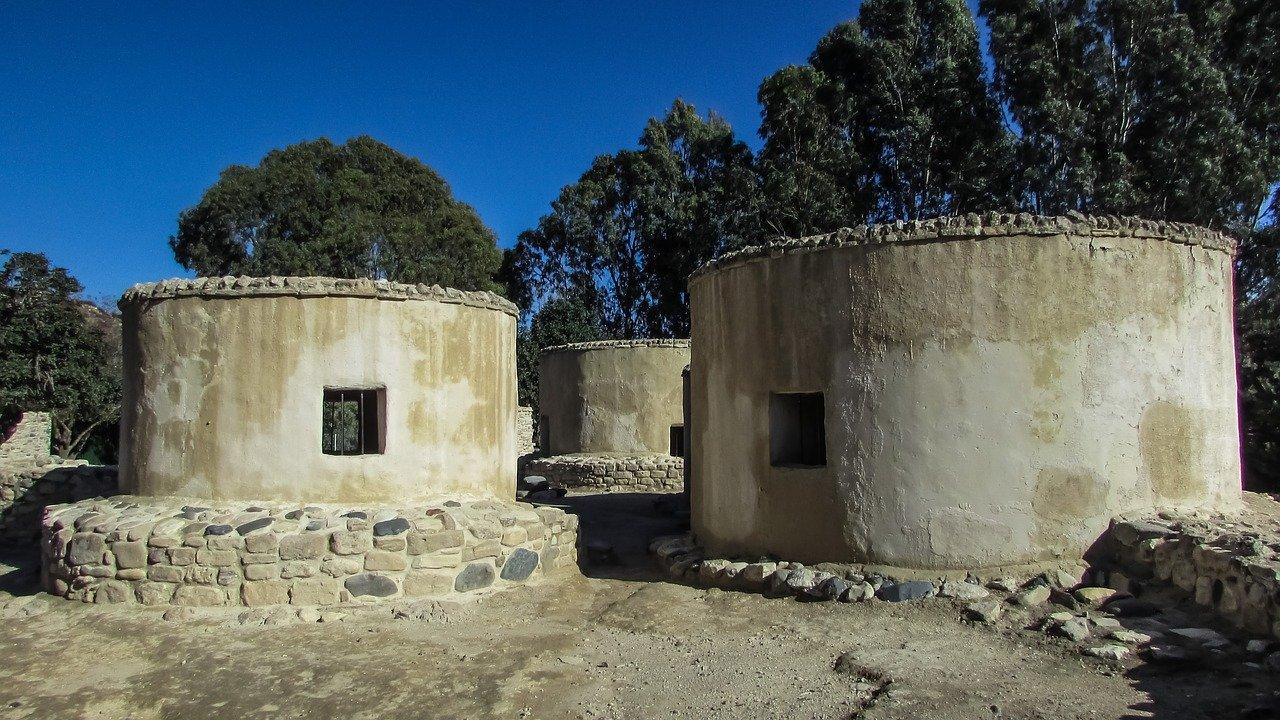 On the site of the prehistoric settlement in the village of Khirokitia, no buildings have survived in good conditions, there are only their foundations and modern replicas, but we could not fail to mention this Neolithic monument, which is important both for the history of Cyprus and for the history of the entire region.

The settlement on a hillside in the valley of the Maroni River appeared in the seventh millennium BC. It was surrounded by a massive 2.5 m thick wall and consisted of round houses with an outer diameter of 2 m to 9 m, flat roofs and relatively wide windows. Inside was a hearth and a stone bed. Also, burials were arranged inside the buildings, right in the floor. The dead were buried in the fetal position, and utensils and food were put into the grave with them.