It's no secret that buying real estate is one of the most profitable investments, even taking into account the fact that housing has recently increased greatly in price.

So, a standard 1-bedroom apartment in a typical housing project in Cyprus costs from 150 thousand euros. The price varies depending on the city and district. A spacious and comfortable mansion in the suburbs of a large Cypriot city can cost 1 or 2 million euros. But this is far from the limit!

At the same time, it is worth noting that the prices even for luxury real estate in Cyprus compared to other countries are quite affordable for investors.

Today, houses in some parts of the world are more expensive than large shopping malls. It all depends on the wishes of their owners: if they want, they make a pool, if they want, they choose gold as a cladding material or build separate buildings for water purification. The possibilities of architecture, construction and design are limitless.

Here you can see the TOP 10 most expensive houses in the world. Each of them is not only a place for comfortable living and recreation, but also an object of pride and an indicator of the status of their owners. 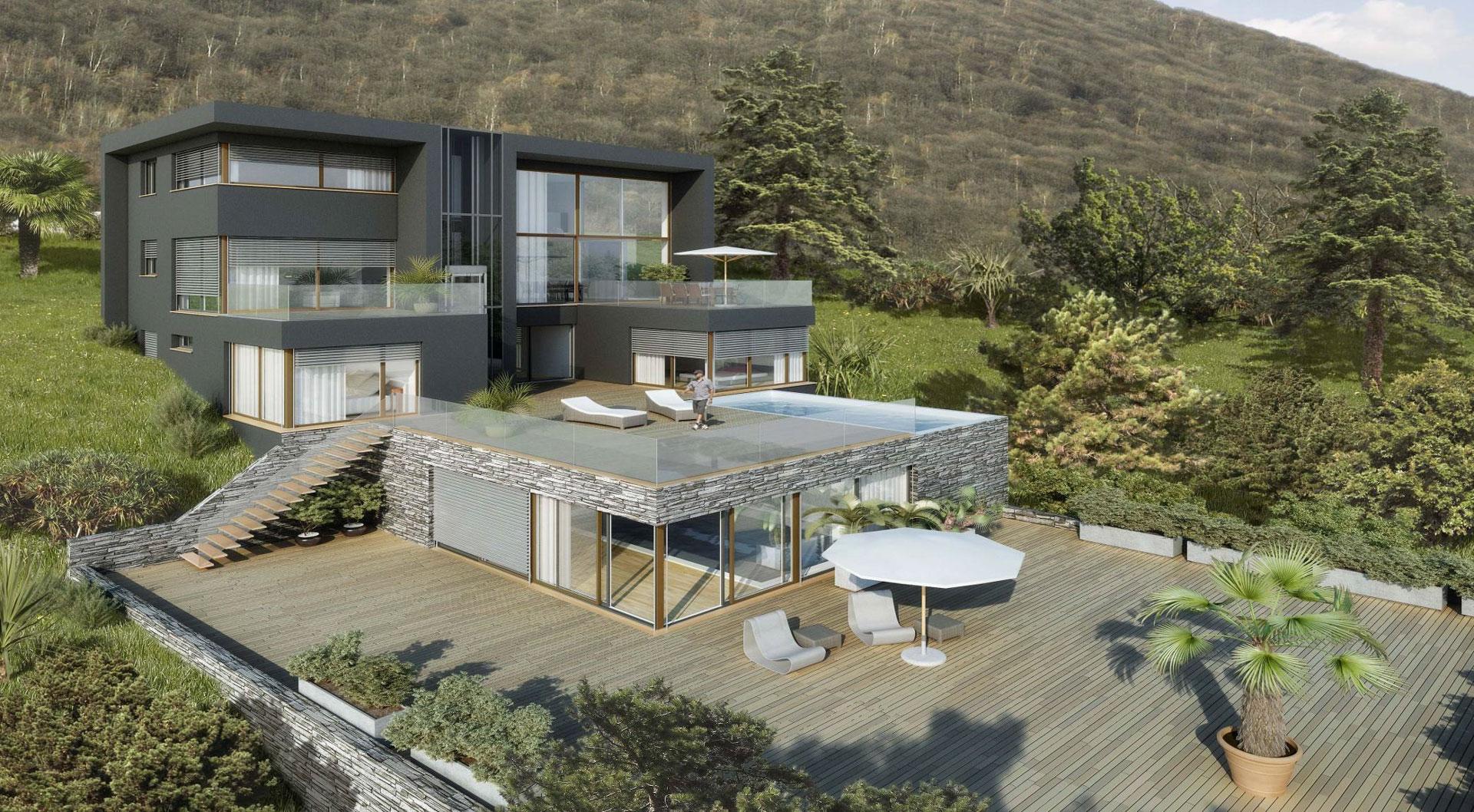 The most expensive house in the world is located in Switzerland, in the vicinity of Lake Zug. The exact location of the building is not advertised, so as not to attract attention. The villa is built in high-tech style. The total area of the building is 725 m2. The house has eight bedrooms. For the convenience of the owner and guests, there is a large terrace, an outdoor swimming pool and a garage for cars.

The cost of the villa is estimated at 12.5 billion dollars. Such a high price is due not to the large size or a good location, but to the materials used for the construction of the mansion. The interior decoration of the house took 200 tons of precious metals, including platinum and gold. The floor of the building is decorated with meteorite stone with the addition of shavings from dinosaur bones. The author of the project is designer Stuart Hughes. It took the owner five years to build such a house. 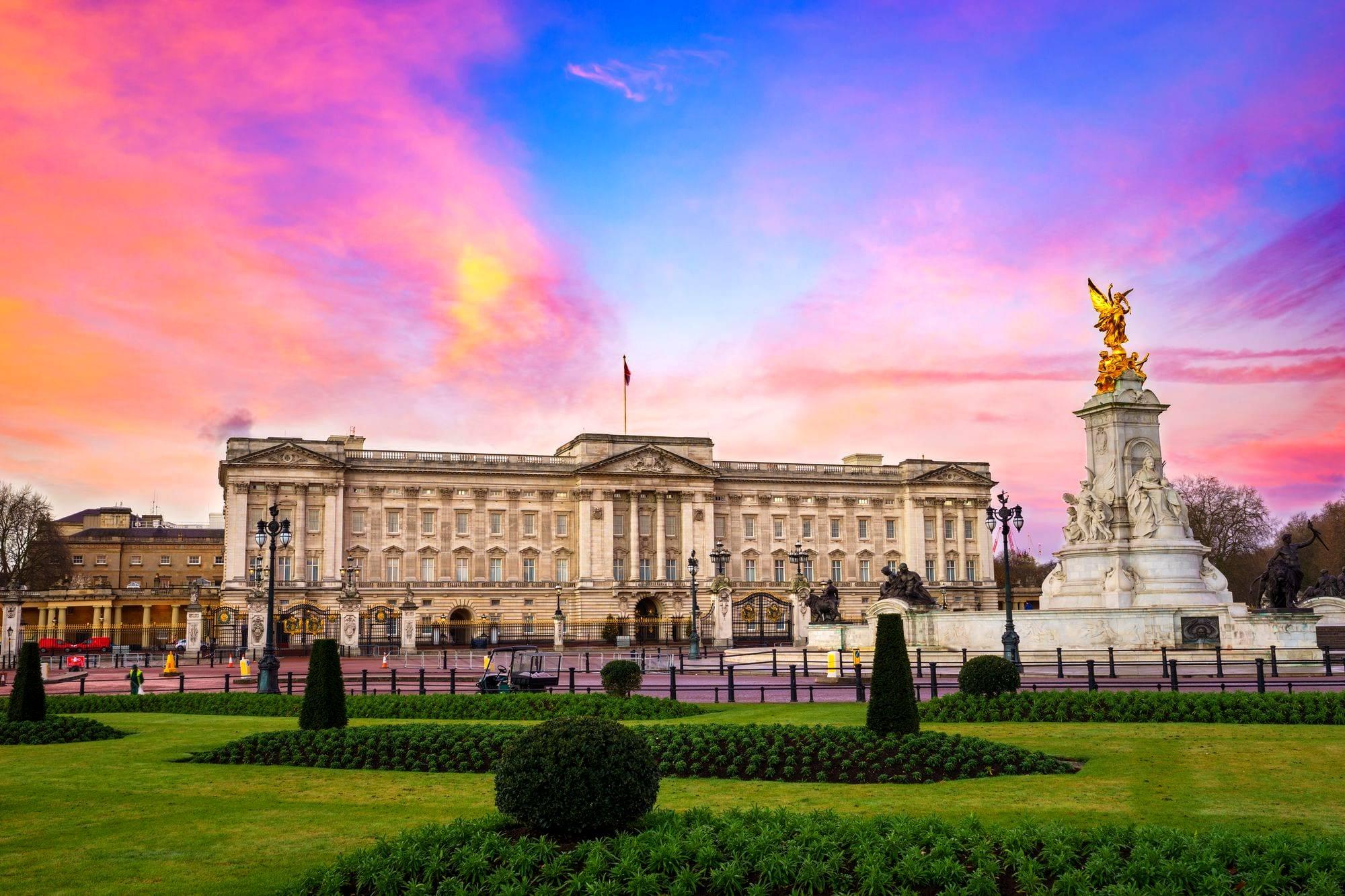 The second most expensive house in the world is located in the city of Westminster in England. Buckingham Palace is a symbol of the UK and the official residence of the monarchs of Great Britain.

The building has 775 rooms, 78 bathrooms, 92 offices and 19 halls. The palace was originally built for the Duke of Buckingham, in 1762 it was acquired by King George III, and when Queen Victoria ascended the throne in 1837 it was declared the main residence of the British monarchs.The Queen and her family spend almost all their time in the castle, leaving it only during their holidays and royal visits to other countries and cities in the UK.

The area of the palace is about 77 thousand m2. Interestingly, despite its impressive size and the title of the most expensive house in the world, it is still not the largest palace in the world. It is estimated that if the palace were put up for sale, its value would be about 2.9 billion dollars. Although, it is unlikely that this will ever happen. 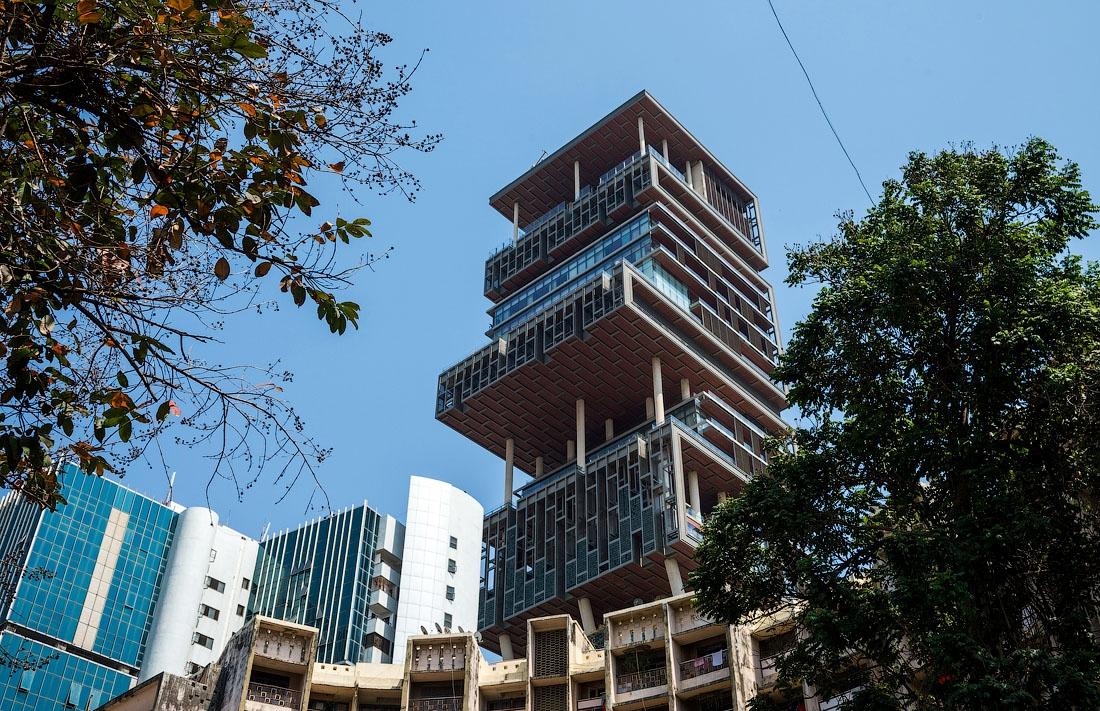 The next most expensive private house is the mansion of Indian multi—billionaire Mukesh Ambani. This property is located in Mumbai, India and is estimated at $ 1 billion. The 27-story building received its name in honor of the mythical island of Antilla.

The construction took seven years. Interestingly, the maintenance of the mansion requires the efforts of 400 personnel. 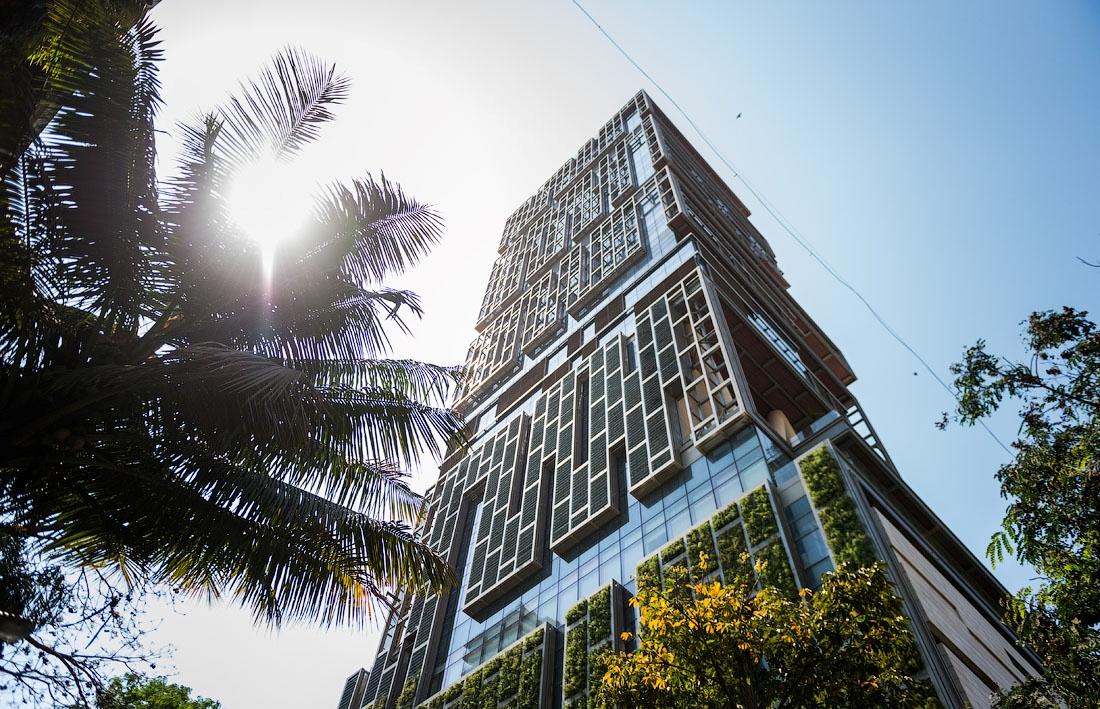 The cost of a country mansion built in Kensington (UK) is $980 million. There are ten guest bedrooms on five floors. The second floor is completely allocated for the owner's bedroom, his dressing room and bathroom. 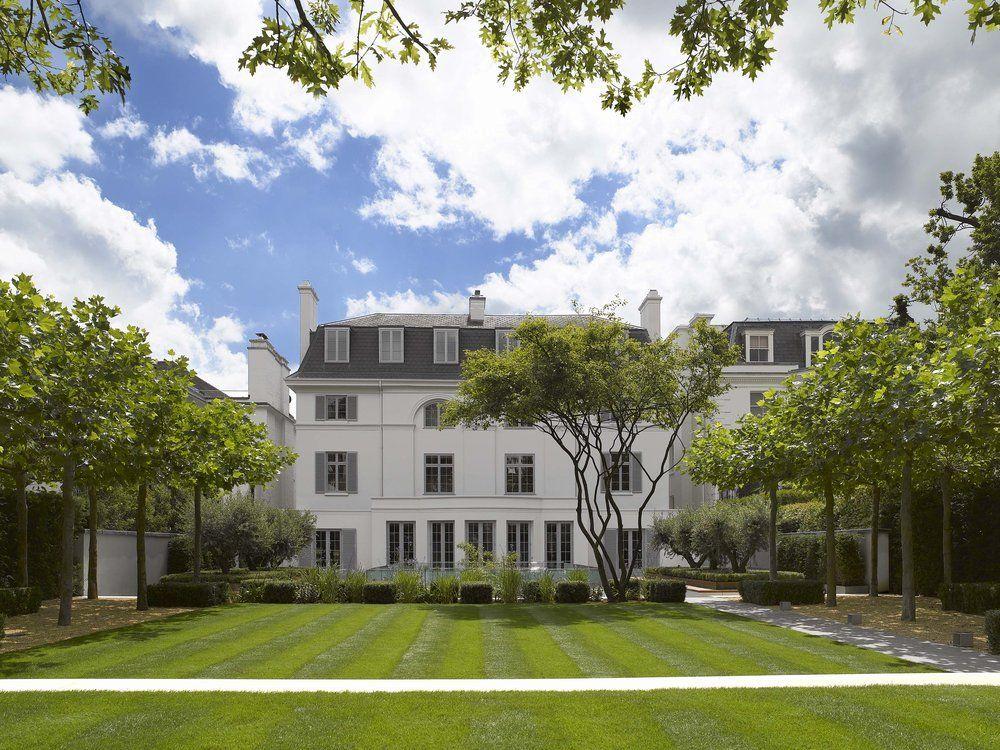 Additional rooms are provided for the comfort of residents:

It is noteworthy that for some time there was a boarding school for girls in the building. However, after it was bought out by a large investor, they completely rebuilt the structure of the building, preserving only the historical facade in the style of the Kensington district. 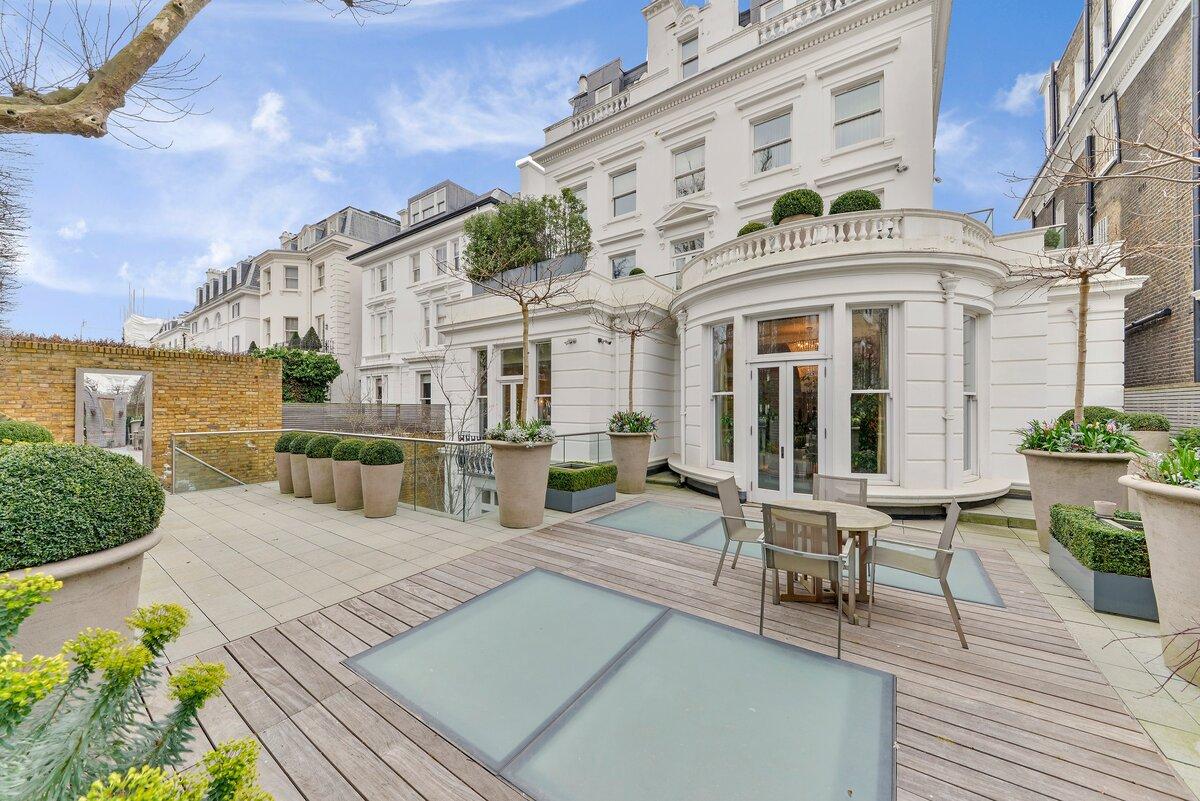 The area of the residential premises of the mansion is 5.5 thousand m2. There are 15 bedrooms with private bathrooms at the disposal of the owners and guests. The ceiling height in the house varies from 6 to 12 m. 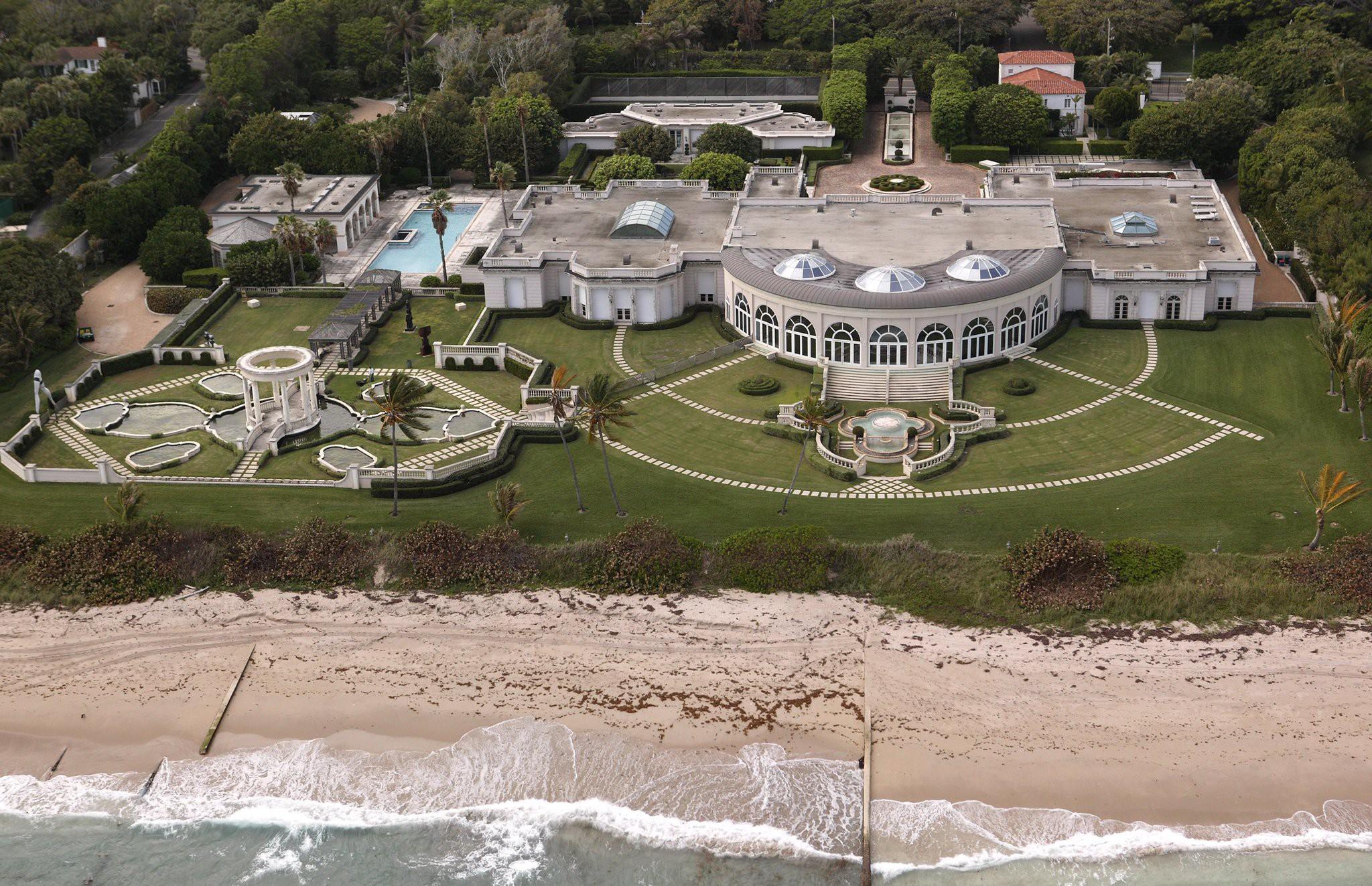 There are other features that make the mansion fabulously expensive:

A nice ranch is located in Aspen (Colorado). From the whole list, this is the best-selling house. Moreover, with successful transactions. The original owner of the villa was a Saudi prince — Bandar bin Sultan. In 2006, he sold it for $135 million. As you can see, since that time, the cost of Hala Ranch has grown significantly. It is not known whether due to architectural changes or economic ones.

Now the estate is owned by billionaire John Paulson. Hala Ranch is a mini-town. The main residential building has 15 bedrooms and 16 bathrooms.

The highlight of the facility is its own water purification and gas supply system, which makes it completely autonomous and independent of general communications. 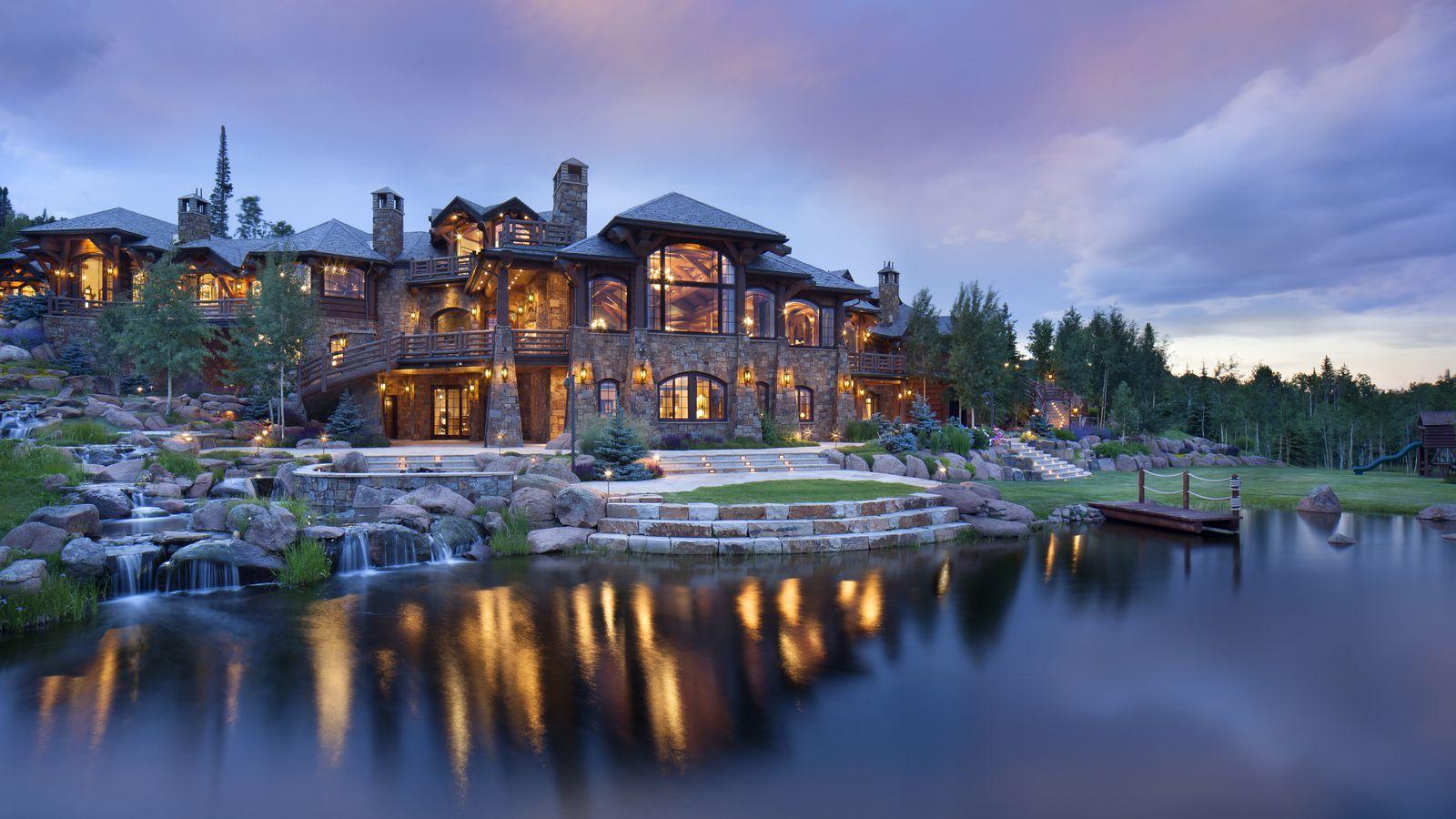 A beautiful house in an old style, is the prototype of one of the castles of France. The building is located in Beverly Hills (California). The value of this property is estimated at $760 million.

Fleur de Lys was built relatively recently — in 2002. The mansion has 12 bedrooms and 15 bathrooms. Also in the building there is a spacious ballroom, a large-scale wine cellar and a two-story library, which stores collectible publications. Interestingly, so far no architectural changes have been made to the structure. Owns the palace Michael Milken who is a successful stock investor. 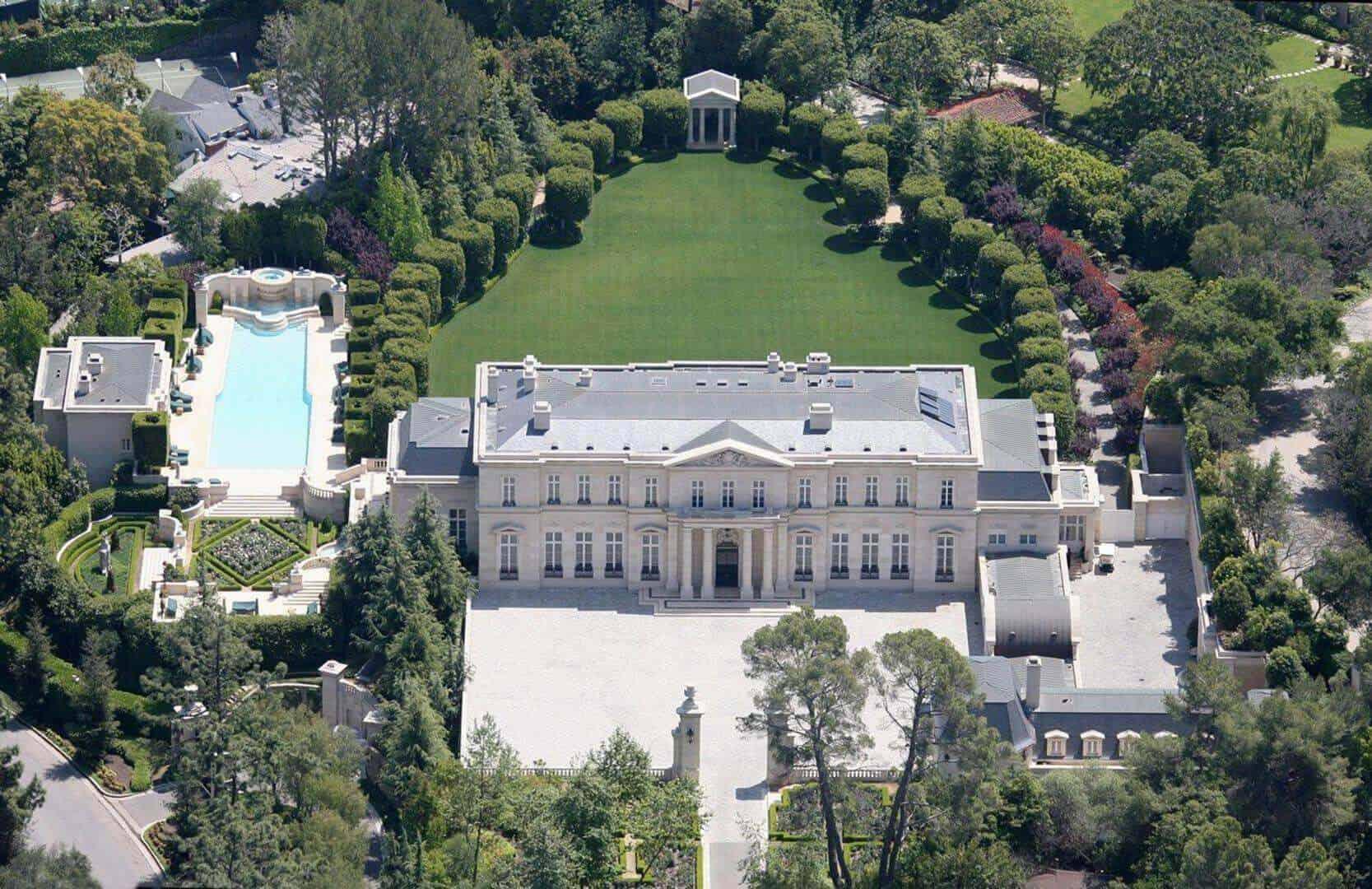 Villa Leopold is a private palace located in the south of France. It was built at the beginning of the XX century by King Leopold II, which is why it got its name. The monarch liked to relax in the villa with his favorite Caroline Lacroix. Now this property is recognized as an architectural monument and costs $750 million. 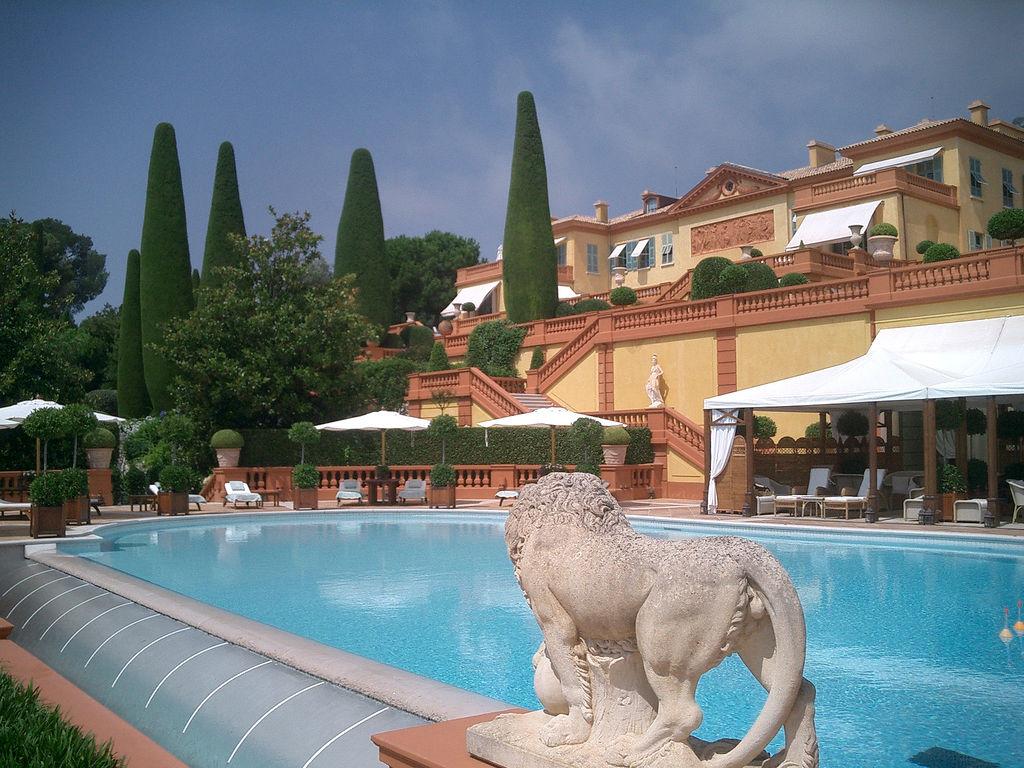 The main building of the palace has an area of 2.6 thousand m2. It has 11 bedrooms and 14 bathrooms. There are also guest rooms, a home cinema and a hall with a bowling alley. An additional value to the villa is given by a park area of 4 hectares, where cypresses, olives, lemon and orange trees grow. By the way, about 50 gardeners take care of the garden.

By the way, the house is famous for the fact that Alfred Hitchcock's film "To Catch a Thief" was shot here in 195. 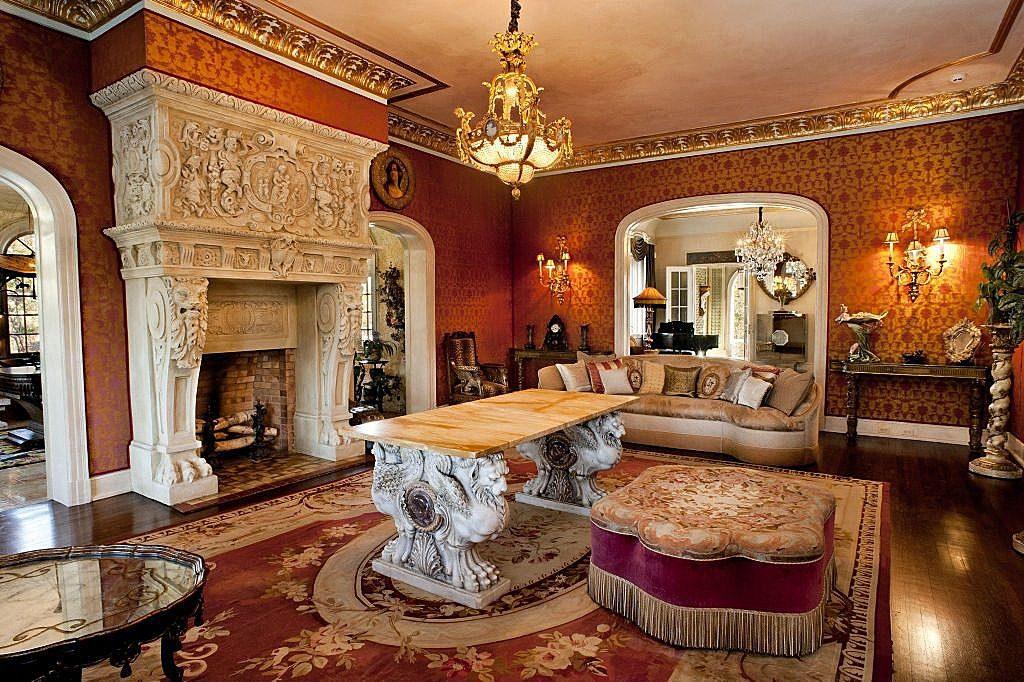 Villa Les Cèdres was built in 1830. In 1850, the villa was bought by the mayor of Villefranche-sur-Mer, who grew olives on the estate. Olive trees that are more than 300 years old still grow there. In 1904, the mayor's heirs sold the estate to King Leopold II of Belgium. Leopold II increased the area of the garden, which still surrounds the house today. 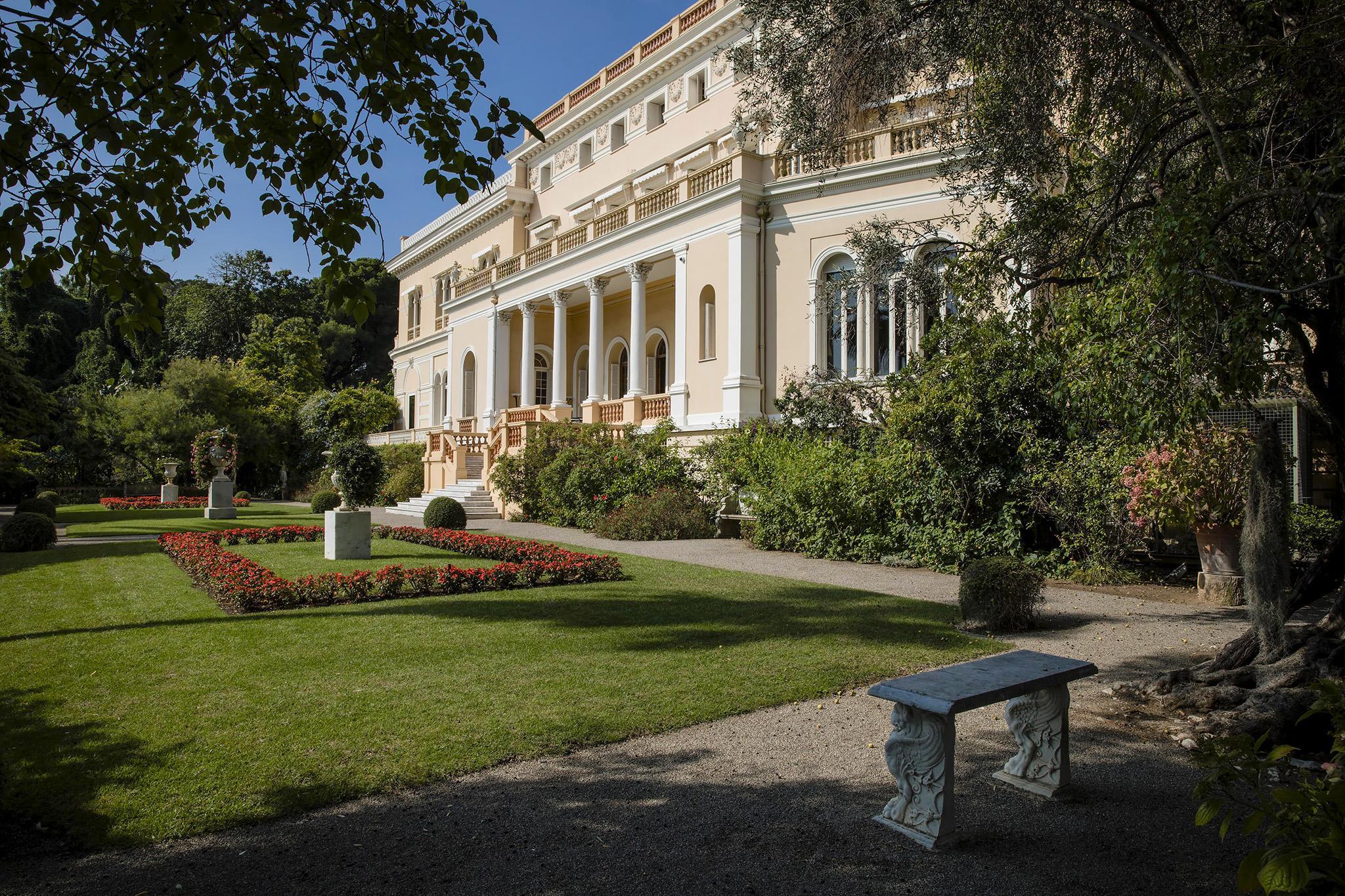 In 1924, it passed into the hands of Alexander Marnier-Lapostol. For 80 years, his family has grown thousands of exotic plants here, which still fill the botanical garden. The area of the house is 1670 m2, it has 14 bedrooms. There are 3 thousand books on botany and natural science in the library decorated with wood. 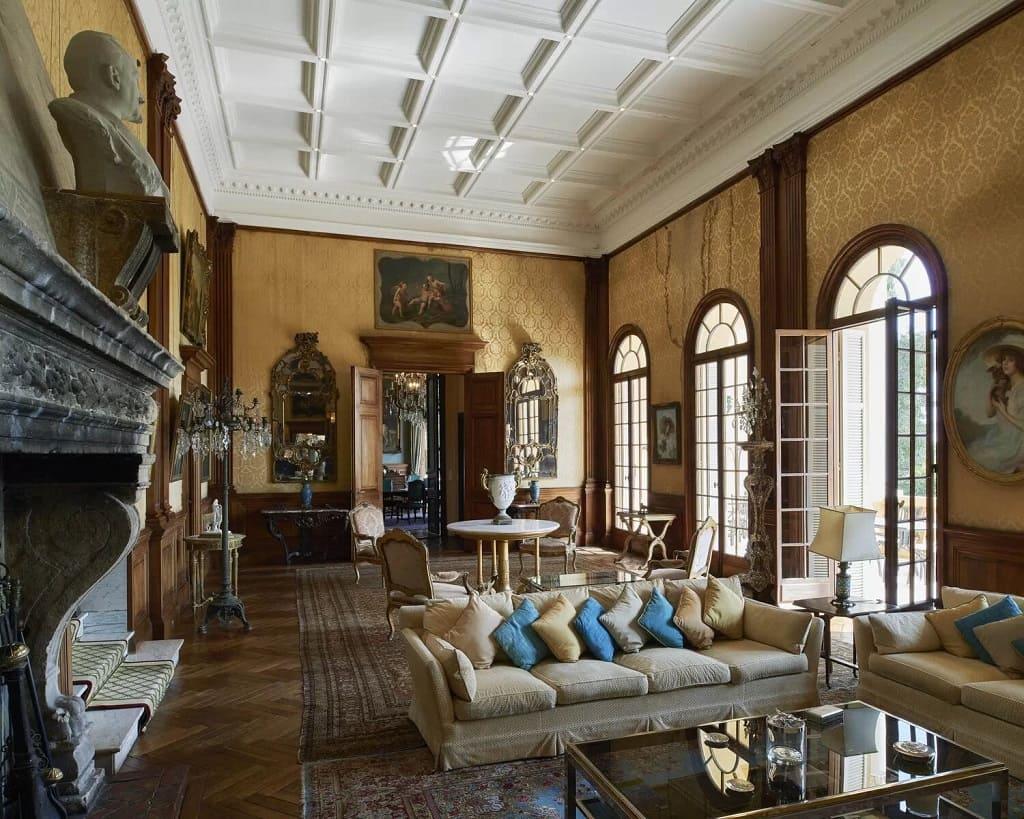 According to some reports, the last owner of a luxury villa in 2020 was the investment company SCM Holdings Limited.

The name Pierre Cardin is familiar to many, not only those close to her Majesty fashion know about the brilliant designer. The glory of his creations will last for centuries, and everything he came into contact with costs a lot of money. As a holiday home for the couturier Le Palais Bulles, which was put up for sale after the death of Pierre Cardin. 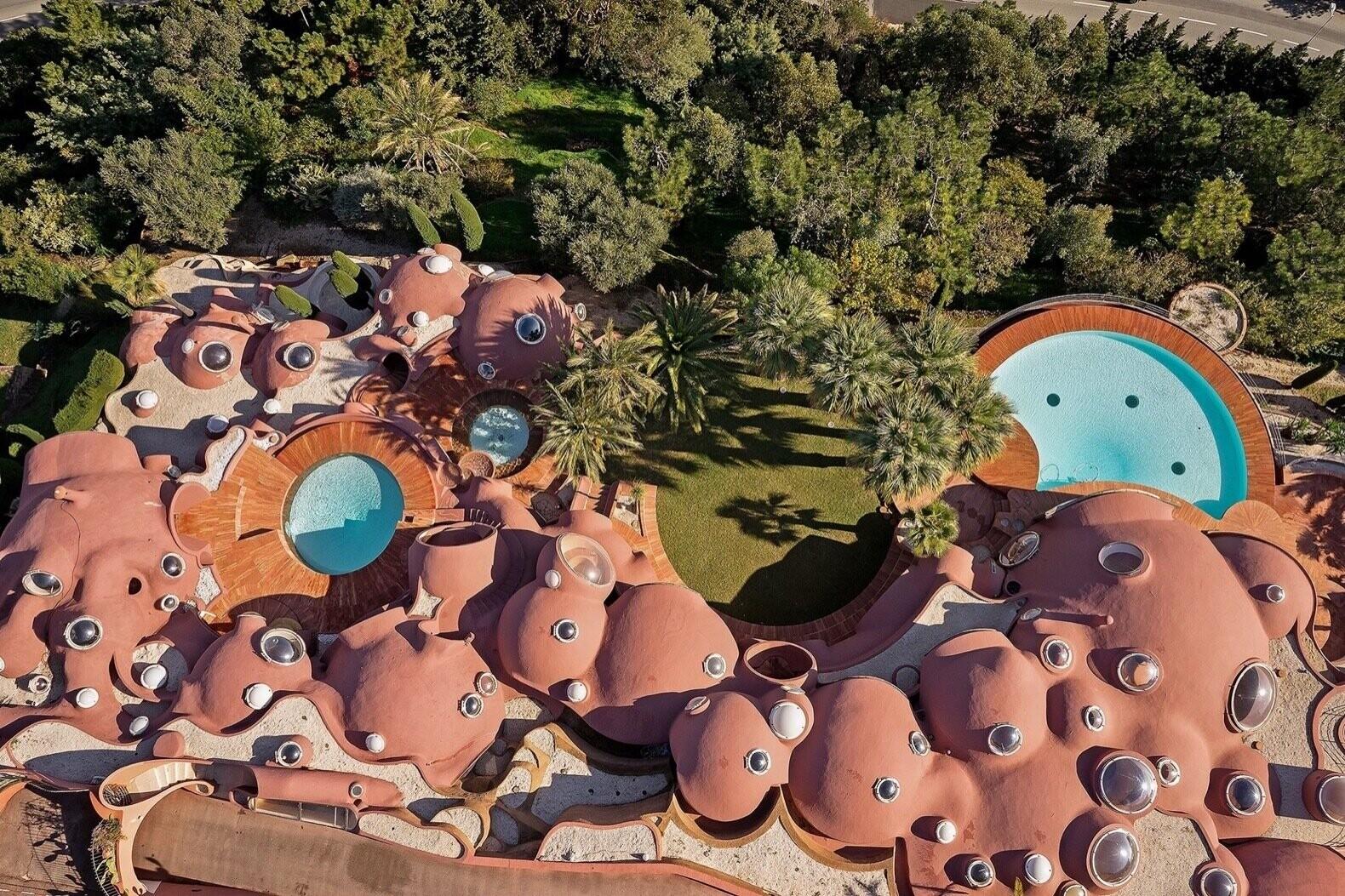 The Bubble Palace, a futuristic estate, cave structures with cosmic elements — as soon as they are not called Palais Bulles. The estate with an area of 13 thousand m2 together with the unique building of the house was bought by the designer in 1991. The creator of the unusual masterpiece is the Hungarian architect Antti Lovag. 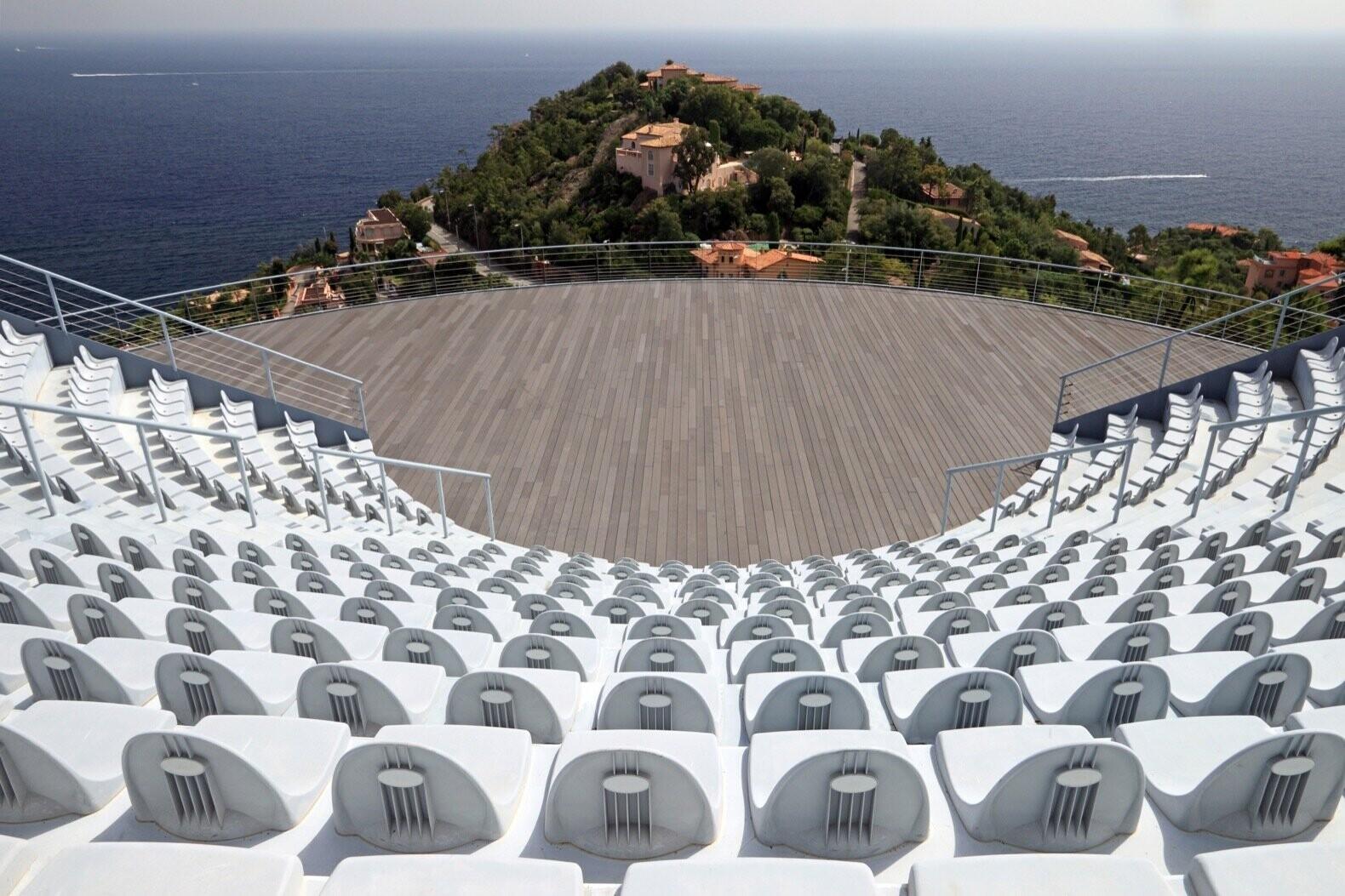 The futuristic structure is comfortably located on the Teule-sur-Mer cliff in the south-east of France in the Provence region. Due to the rocky terrain, the palace stretches over six levels, where living quarters, gardens, and swimming pools are successfully grouped. The estate also has a chic open-air amphitheater with 500 seats overlooking the Mediterranean Sea, a large hall for ceremonial receptions.

Le Palais Bulles has twenty nine living rooms, which are located under pink dome-like roofs connected to each other. The house has 10 guest bedrooms, decorated by famous contemporary artists, including Jerome Tisserand, Daniel Yu and Francois Chauvin. There are also eleven bathrooms in various parts of the house. By the way, the real cost is not announced, but the first attempt to sell the house was in 2016, the price was $ 390 million. 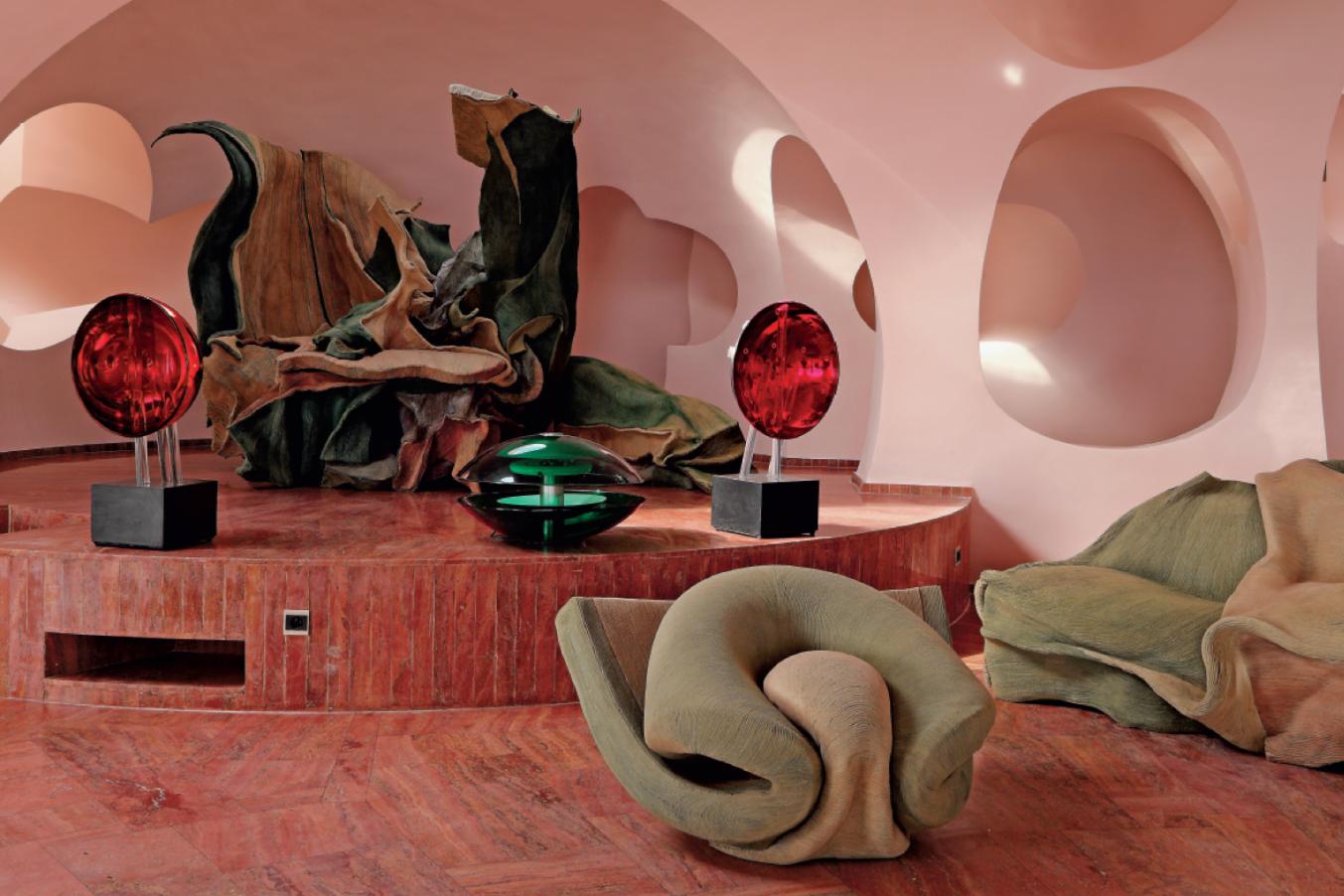 As for Cyprus, fortunately, you can find a lot of luxury villas at quite reasonable prices here.

The most expensive mansion of those that are available for sale will cost you about 15 million euros. But as they say, there is no limit to perfection. Therefore, if the means allow, there is a desire and imagination, then you can endlessly improve your living conditions.

If you have been dreaming of buying luxury real estate on the Mediterranean coast for a long time, then be sure to check out our selection of the most expensive houses in Cyprus! 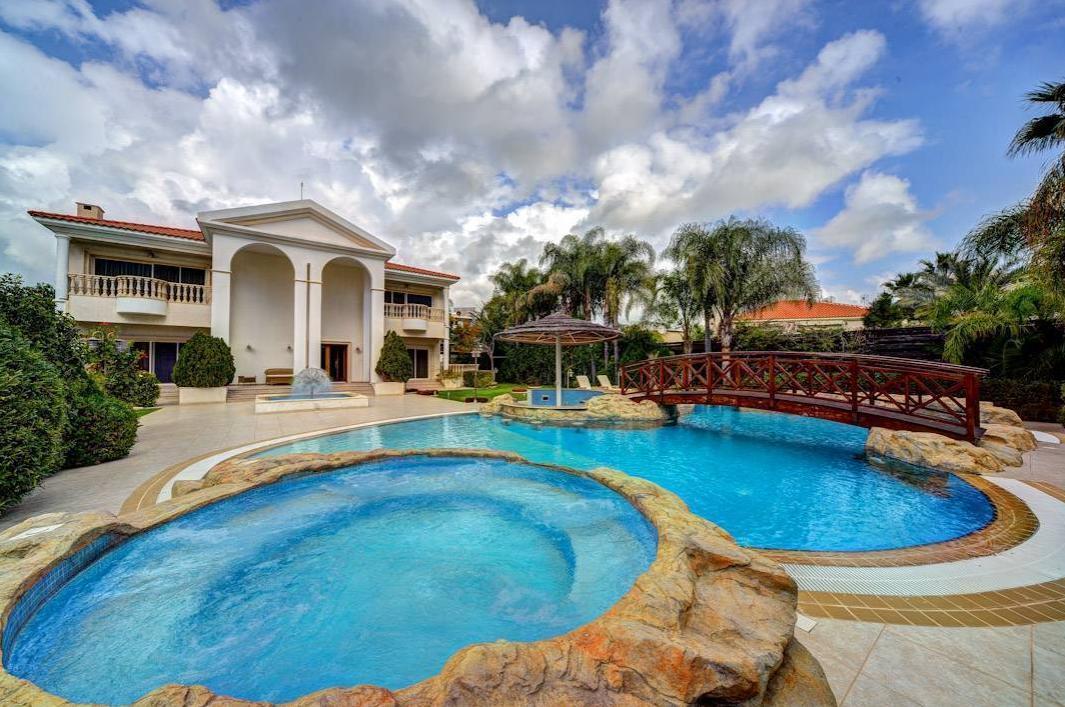