Paphos vs. Limassol. All the pros and cons

Anyone who has been to Paphos and Limassol at least once knows that these cities are completely different. And although they are only a few tens of kilometers apart, Paphos is very different from Limassol. What's different?

Yes, we should start with property as you have to rent or buy something.

The real estate sector is developed in both Paphos and Limassol. There are all kinds of options from budget studios and apartments to luxury villas.

Limassol real estate has some advantages over Paphos:

There are no skyscrapers in Paphos, but a few high-rise buildings far away from the embankment. Moreover, part of the city's population is against the construction of high-rise buildings. But in Paphos there are the most expensive and luxurious villas located along the entire western coast. 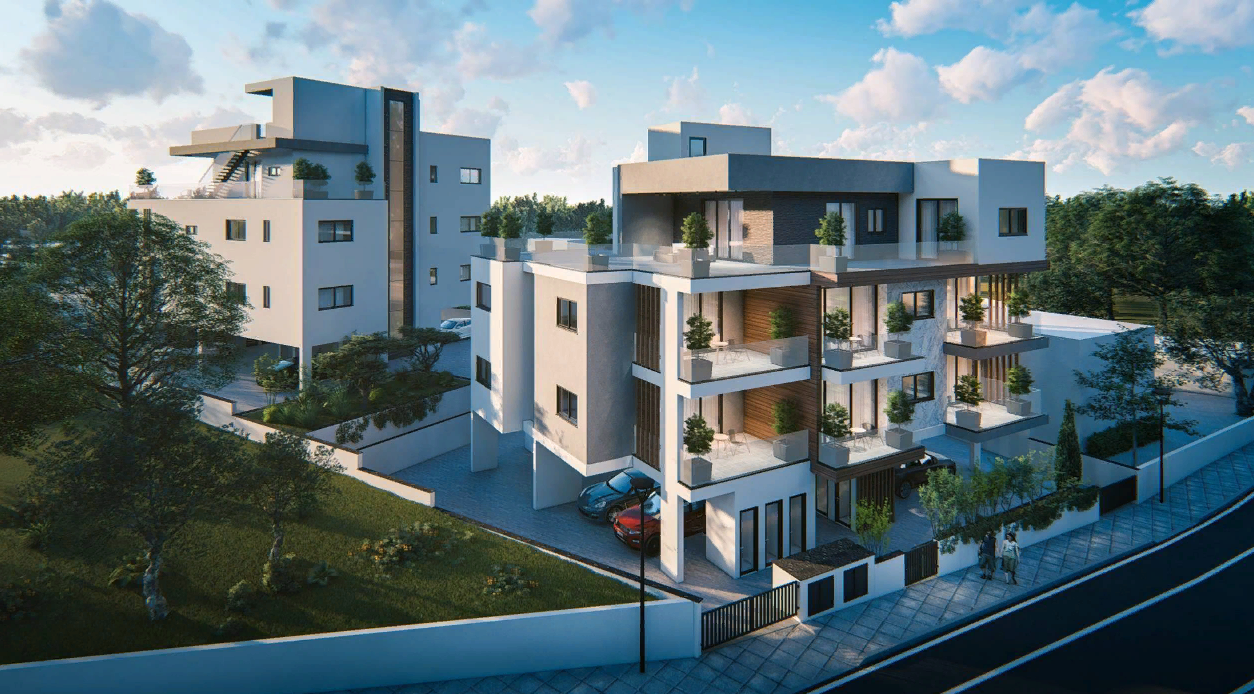 Limassol is the most expensive city in Cyprus in terms of housing price.

It is more expensive even than Nicosia, the capital city. Paphos boasts affordable middle class housing. Moreover, the difference in cost per square meter can be up to 1000 euros! And if you want to rent, the cost in Paphos is several hundred euros per month less!

Oddly enough, Paphos and Limassol differ in terms of weather. Because of their geographic location.

Limassol is in the south part of Cyprus. The coastline shelters the city and its suburbs from strong winds and cyclones. Therefore, the sea in Limassol is always warmer and calmer than in Paphos. For example, in summer, the water warms up to + 28-29c, and the air can reach + 35-40c. But in winter, Limassol is warmer due to the absence of strong winds. 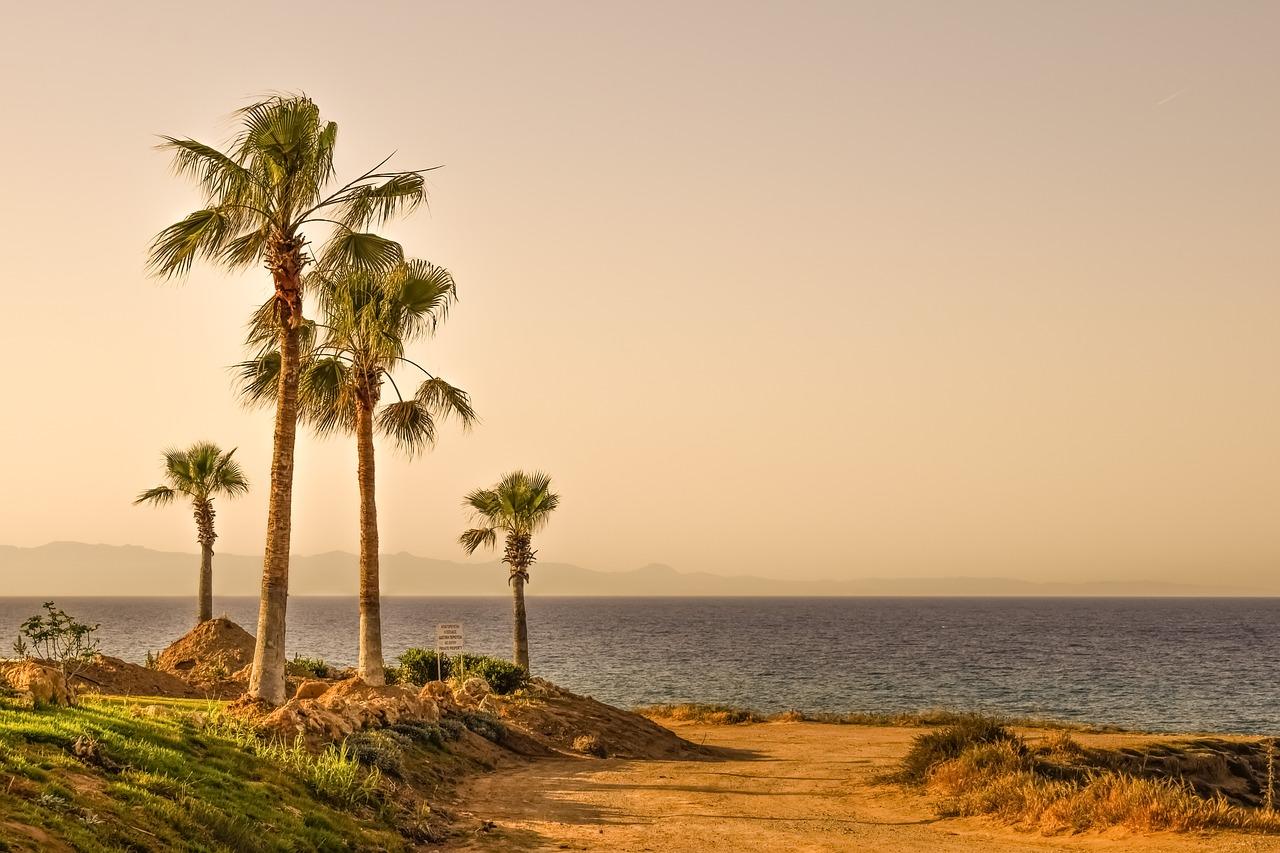 Paphos is on the western coast of Cyprus, which is not covered or protected by anything.

Therefore, there are strong waves, and the sea can be as high as +26-27c at the height of the beach season. The humidity in Paphos is higher and it gets cold in winter here due to the harsh winds. But in the summer it is good for those who do not tolerate hot weather.

The coastlines of Paphos and Limassol are different, but it is difficult to say what is better or worse.

Limassol beaches are mostly sandy, there are strong waves and winds. It is comfortable to come for holidays here even with small children. At the same time, on city beaches, tourists and locals often complain about the purity of the water. Indeed, there is a large port in Limassol. Nevertheless, some of Limassol's beaches are marked with the Blue Flag, which means that they are as clean and comfortable as possible. 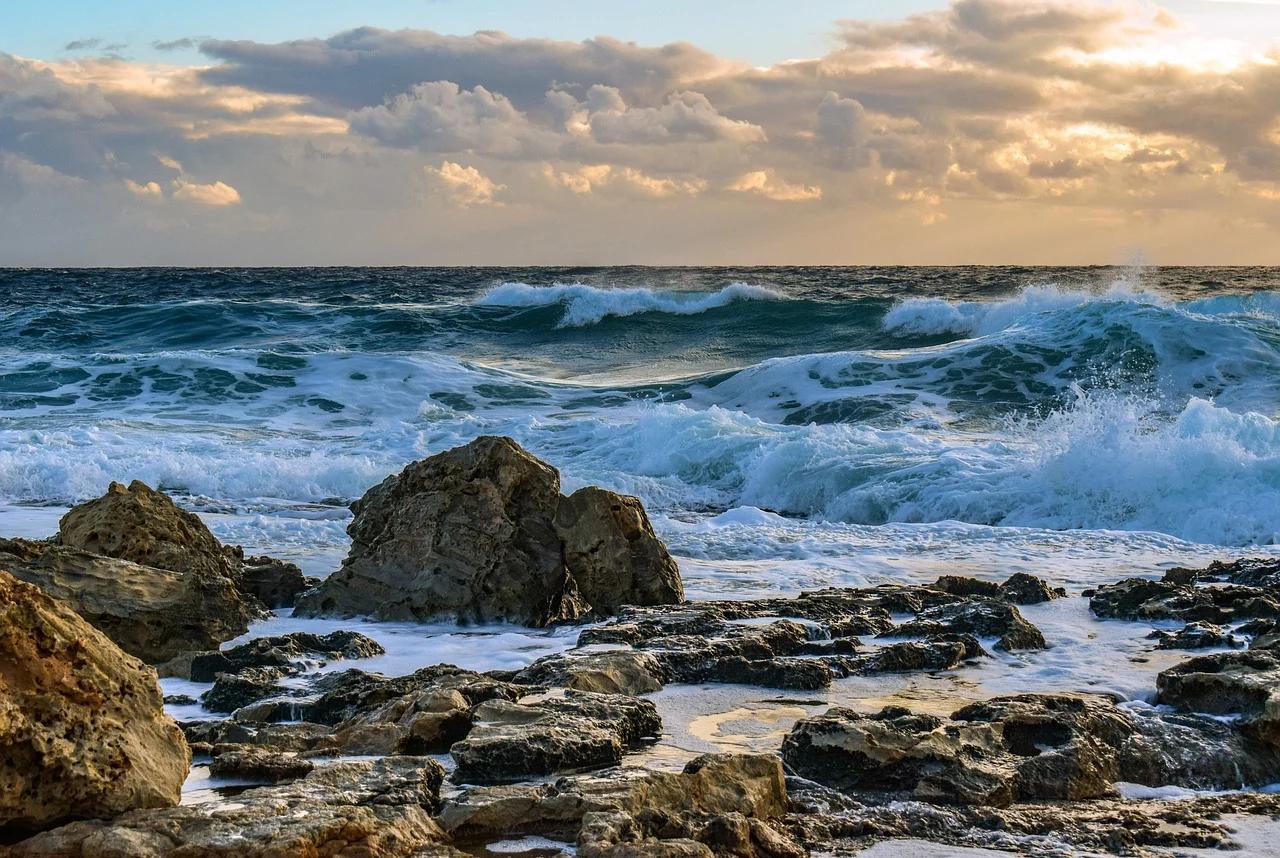 The beaches of Paphos are mostly pebbly. At the same time, there are more wild beaches than in the Limassol area. But many of them are not suitable for families with children as there are large stones and strong waves. Such beaches are more of interest to water sportsmen such as surfers.

But, according to numerous reviews, the bluish water along the coast of the Paphos region is incredibly clean. In addition, there are wonderful places here: the beach of Aphrodite, Coral Bay, the island of Geronissos (Yeronisos), the protected beach of Latchi.

Limassol is larger than Paphos in size and scope. 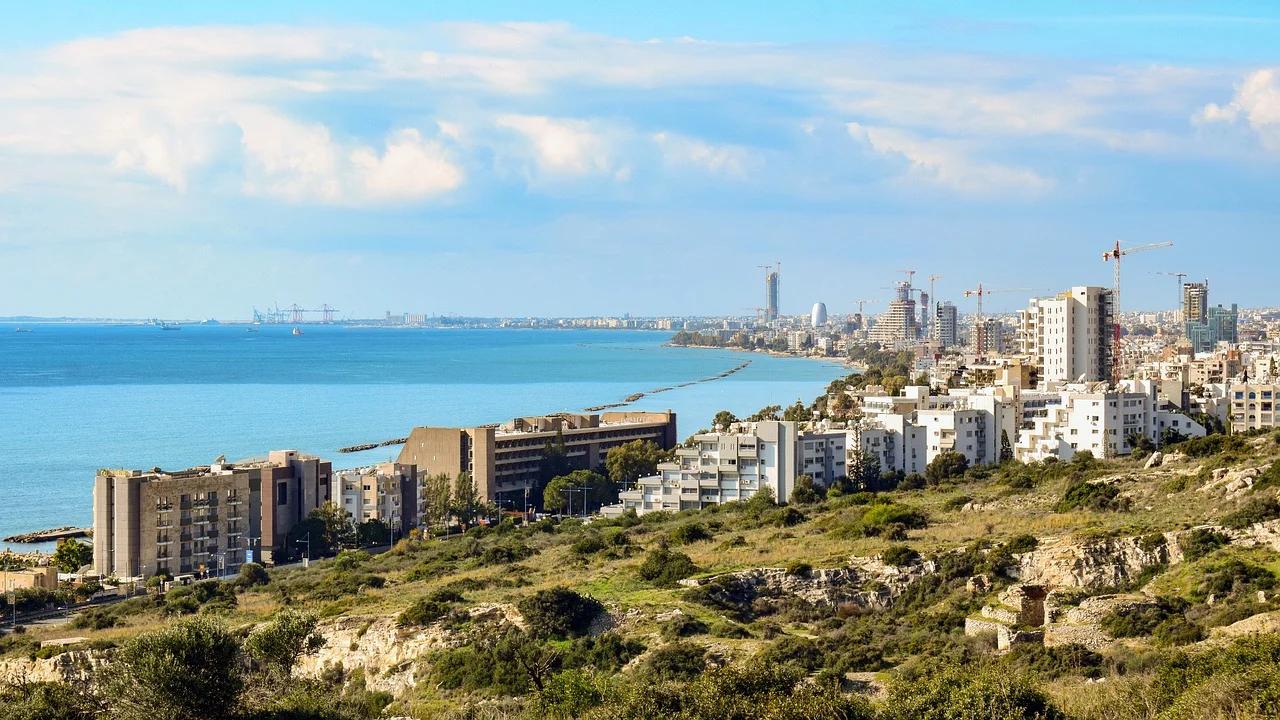 Paphos has less developed infrastructure. Although this is not entirely correct remark: now the Cypriot authorities are now trying to make the city as convenient and modern as possible. It is quite possible that Paphos will soon become a worthy competitor to Limassol.

Children can get preschool and school education in any city in Cyprus.

State Greek kindergartens and schools are everywhere. They are easy to get into. The only thing is that the child has to learn the Greek language. And the sooner the better. 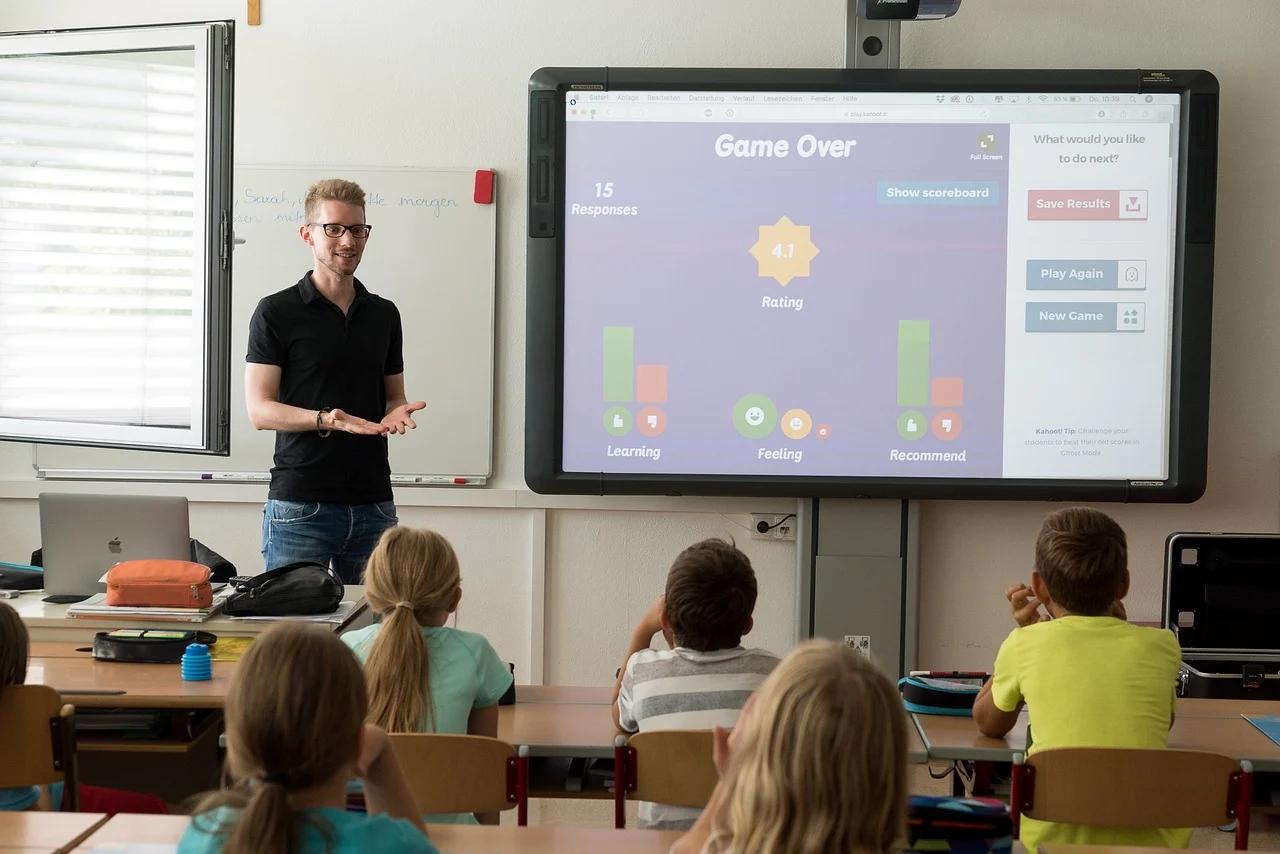 Many come to Cyprus to live here and work remotely.

In this case, the city does not really matter. The main thing is to have a good and fast internet. As a rule, you can find it in large cities, but the suburbs and villages are another matter. You need to check how it works before you move in.

If you don't have work, but you do have plans for employment in Cyprus, it's better to prefer Limassol. Almost all spheres of life are developed in the city, so you can find a good job. 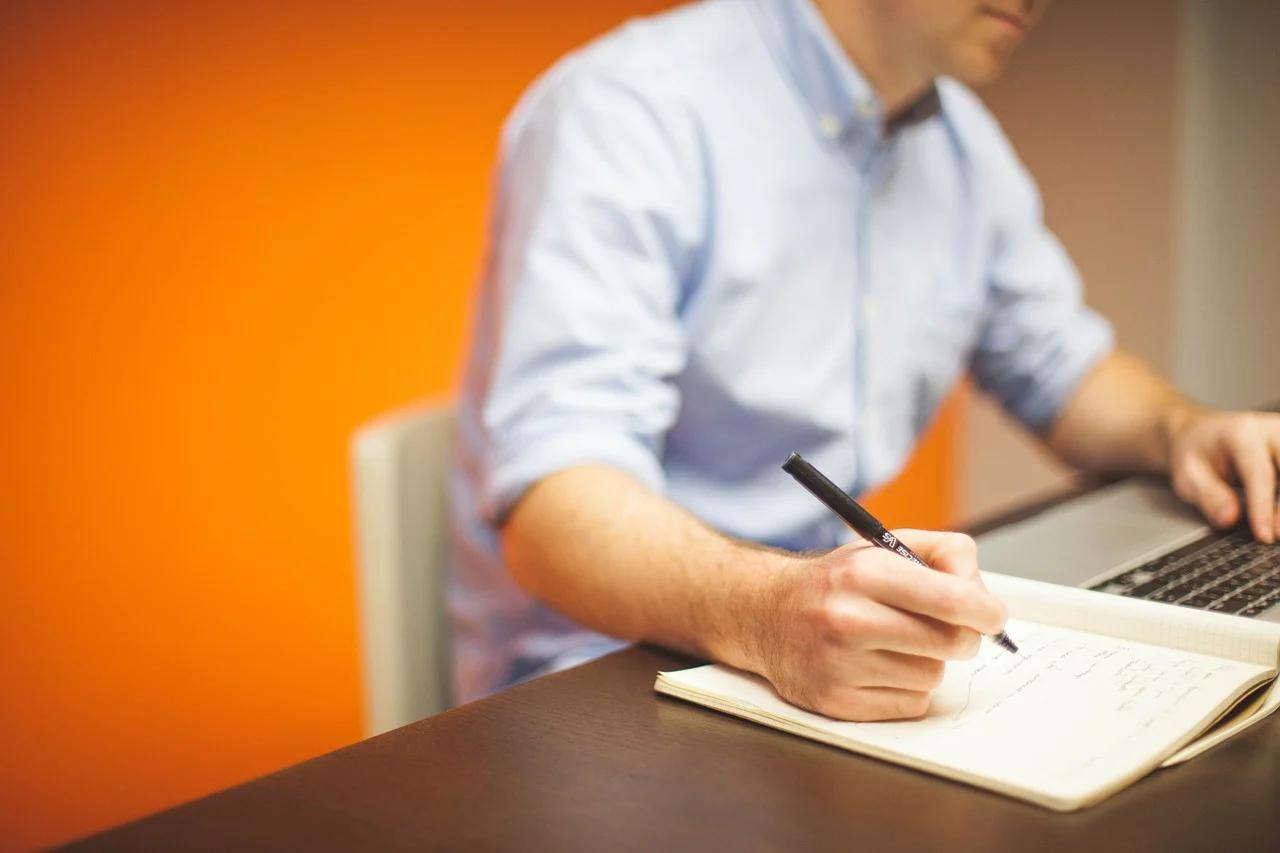 It is more difficult to find work if you want to move to Paphos, as this city is still more for vacations. Therefore, there is definitely a seasonal job here, not so much if you want to find a year-round job. Anyway it all depends on qualifications and specialization. For example, doctors are needed everywhere!

Limassol is a cosmopolitan city.

Limassol is mainly inhabited by active young and middle-aged people. They get higher education here, they work here, start families and have children.

Paphos is often called the “city of retirees”.

This is because British pensioners come here for permanent residence. In general, the British adore Paphos the most as there are a lot of them here. Someone spends a season or two with their family, someone lives permanently. 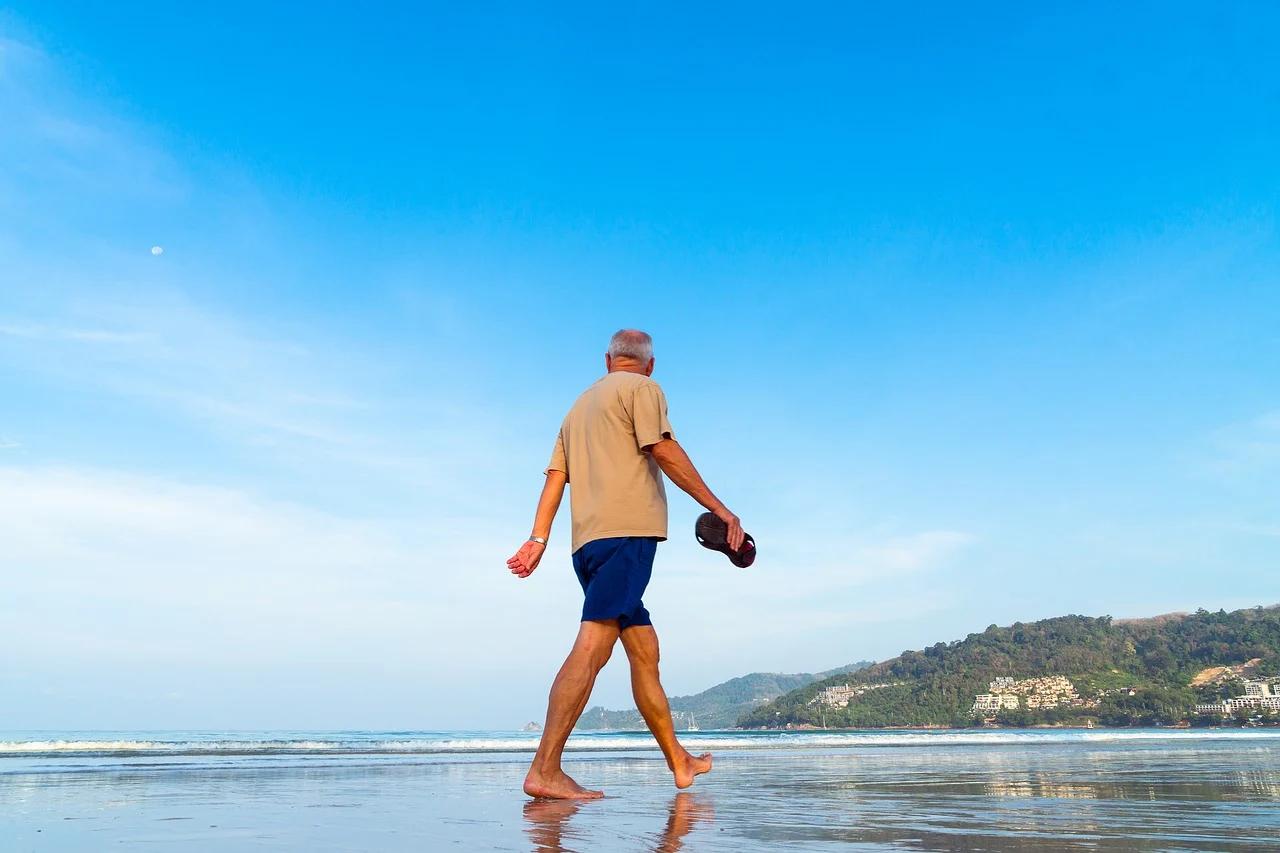 There are not a lot of many young people in Paphos, there are more families with older children or older couples. Therefore, the rhythm of life here is not the same as in Limassol.

The rhythm of life

Limassol is a vibrant city all year round.

There is practically no seasonality here: even in winters, when there are no tourists, locals continue to live an active life.

From April to November, the city and the suburbs are full of life, but as winter comes, the place becomes calm. Only locals stay in Paphos, and they prefer to spend time in peace and quiet. Therefore, Paphos is more appreciated by tranquility lovers.

Limassol has been actively developing for decades. And in recent years, there has been a real construction boom as modern high-rises are growing in the city.

Yes, the Old Town retains its authenticity, but Limassol still has a rather modern look. There are not very many attractions in the city center and antiquity lovers have to travel to suburbs. 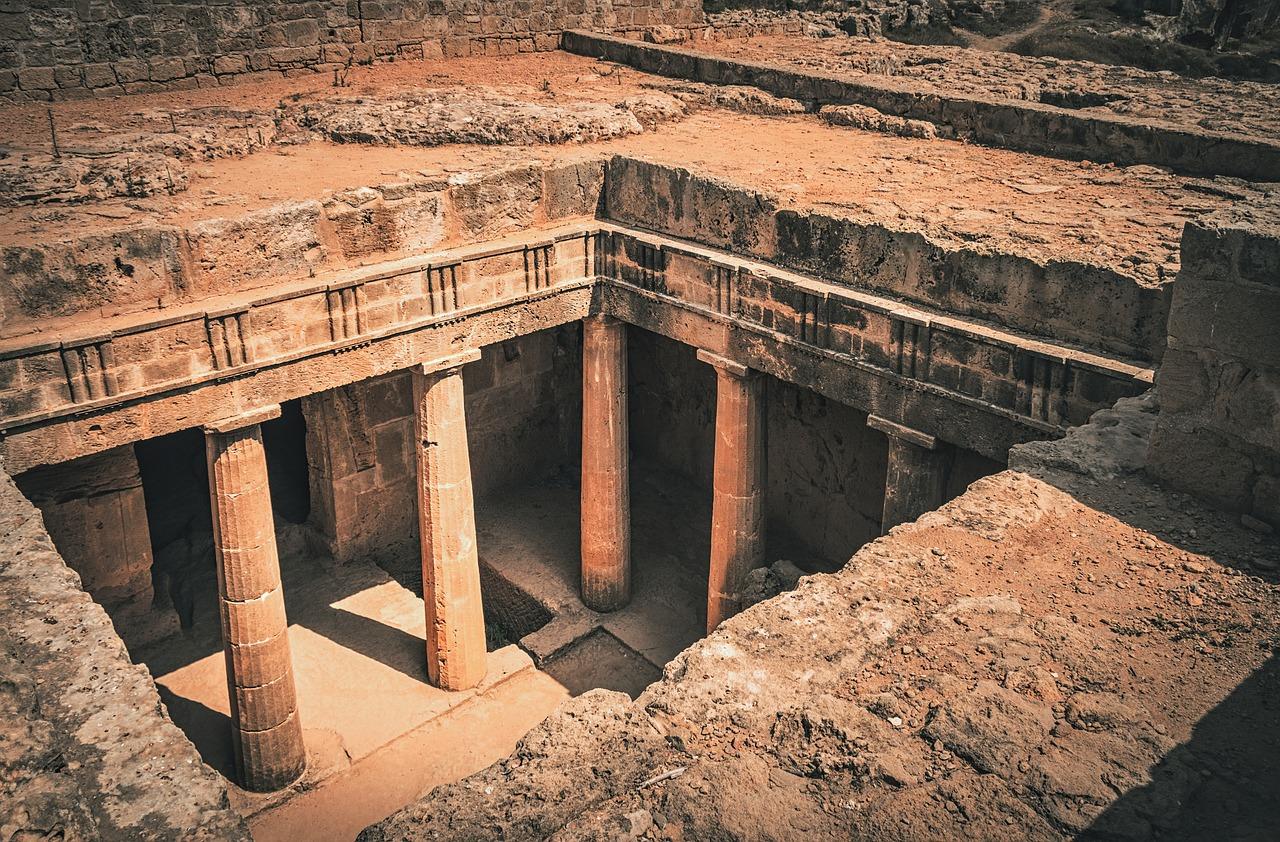 Paphos is another matter. Here it is felt that the city is several thousand years old! There are historical sights at every step. By the way, there are enough of historical landmarks in the countryside, so it is enough to drive just 10-15 km away.

It is believed that lovers of antiquity, mythology and mysteries live better in Paphos. Because this city is literally steeped in legends!

Theaters, cinema, art galleries, concert halls, all this is in abundance in Limassol. Local and foreign artists perform on the island all year round.

Paphos is calmer in this regard.

Yes, there are international events here. Sometimes even more interesting than in Limassol... But rarely. On the other hand, Paphos has a very busy sports life! 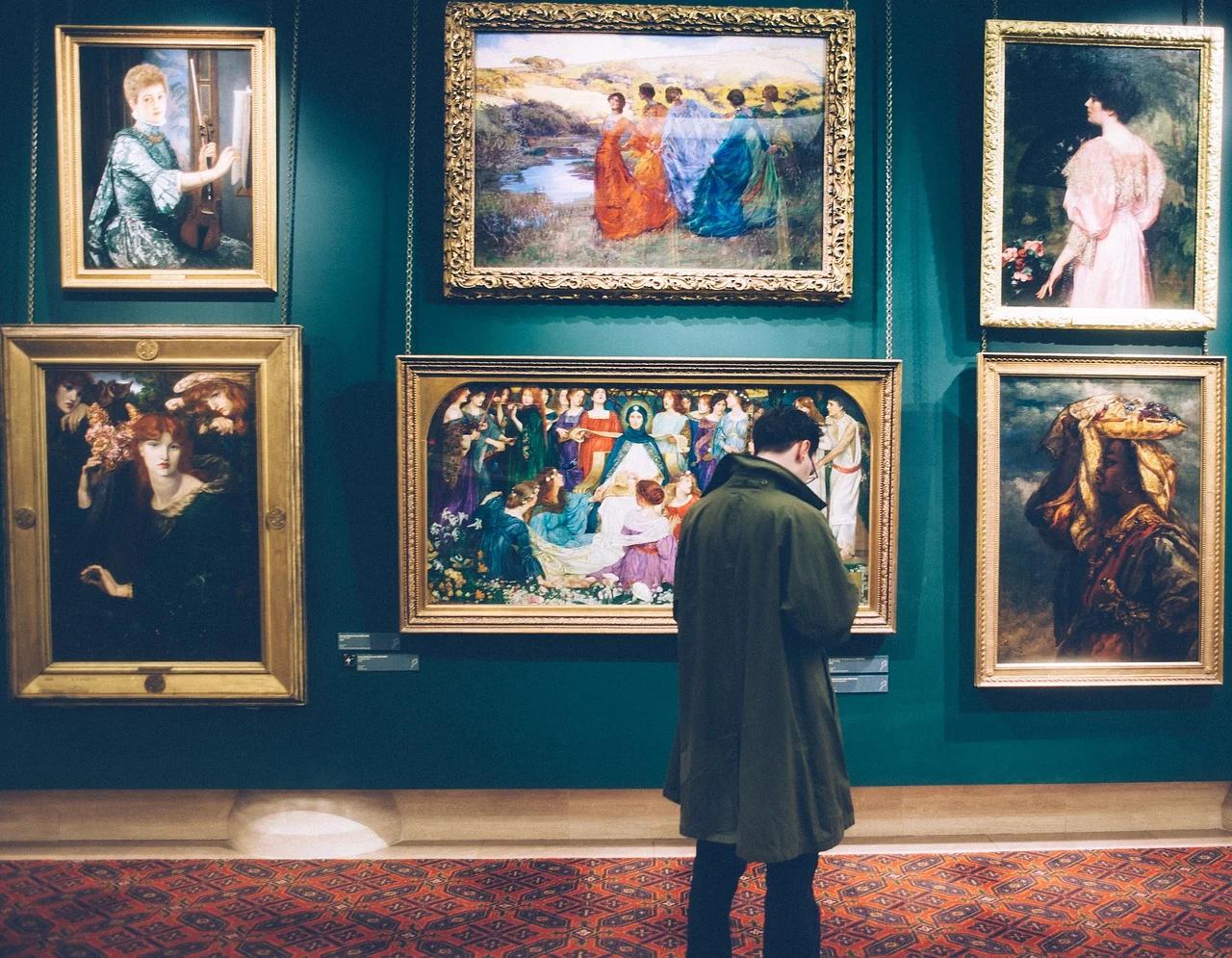 Various competitions are regularly held here. Many famous spend the winter in Cyprus to continue to train outdoors year-round. Many families are trying to send their children to Paphos sports clubs.

And in Paphos (since it is so loved by the British) there are many places for practicing equestrian sports and golf. This is also a big plus for the city.

The nightlife in Limassol is fine.

Bars and clubs are plentiful here as the city is full of students and young people. Moreover, 90% of the establishments are open all year round, and not only during the tourist summer season. So the party-goers will definitely not be bored in Limassol!

In Paphos, everything is different. In the summer, clubs and bars are very, very active. But all of them are designed for tourists, so in the period from November to April, they are closed or operate part-time. 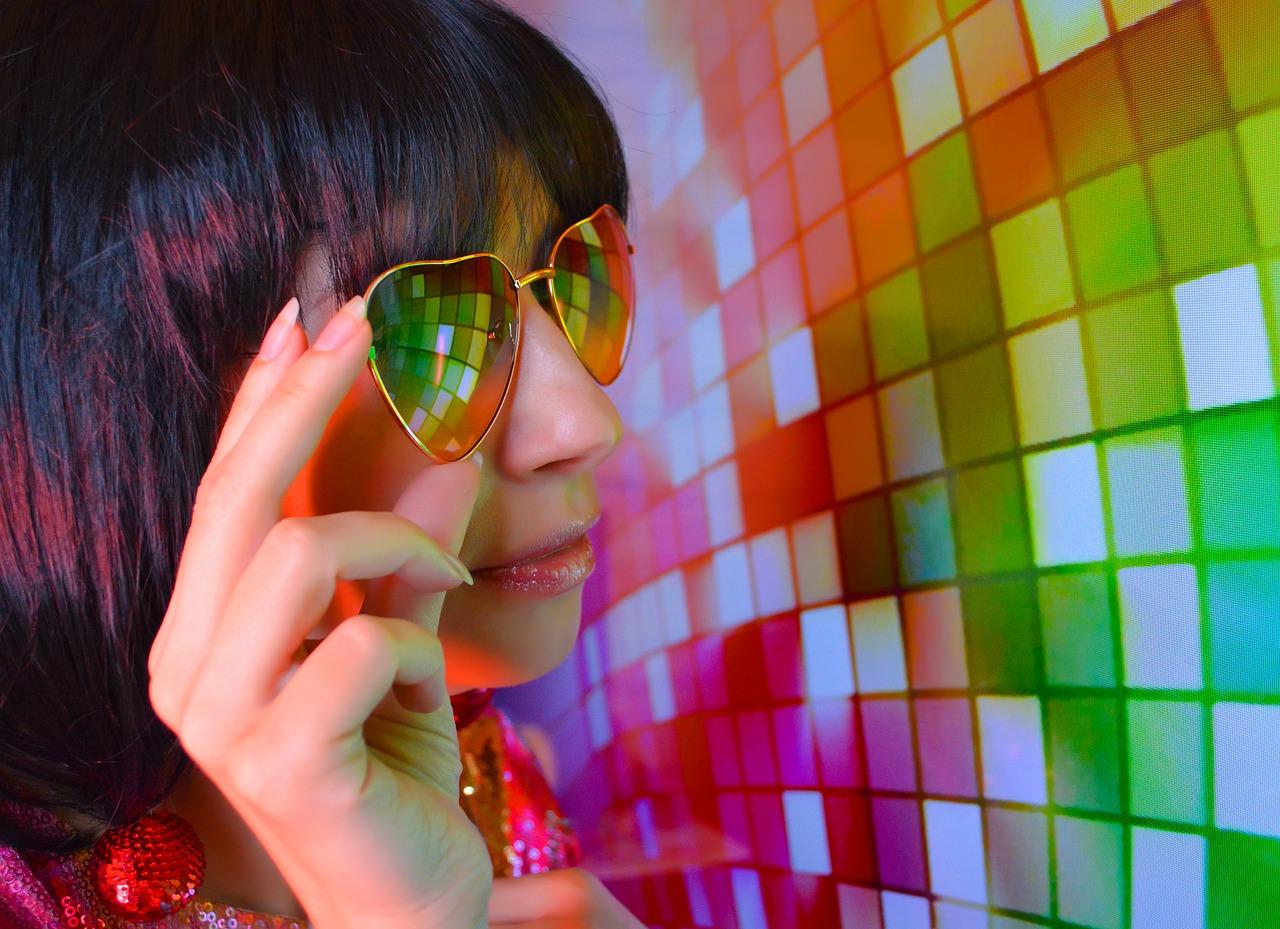 But there are always a few year-round bars in the city. There are, of course, English pubs in abundance with the appropriate alcohol menu and snacks.

What makes no sense to compare?

Of course, before moving, you need to prepare for everything.

And even more, you need to study the features of each city as well as possible, so as not to be mistaken with the choice. But some things make no sense to compare, simply because they are very subjective or unstable. 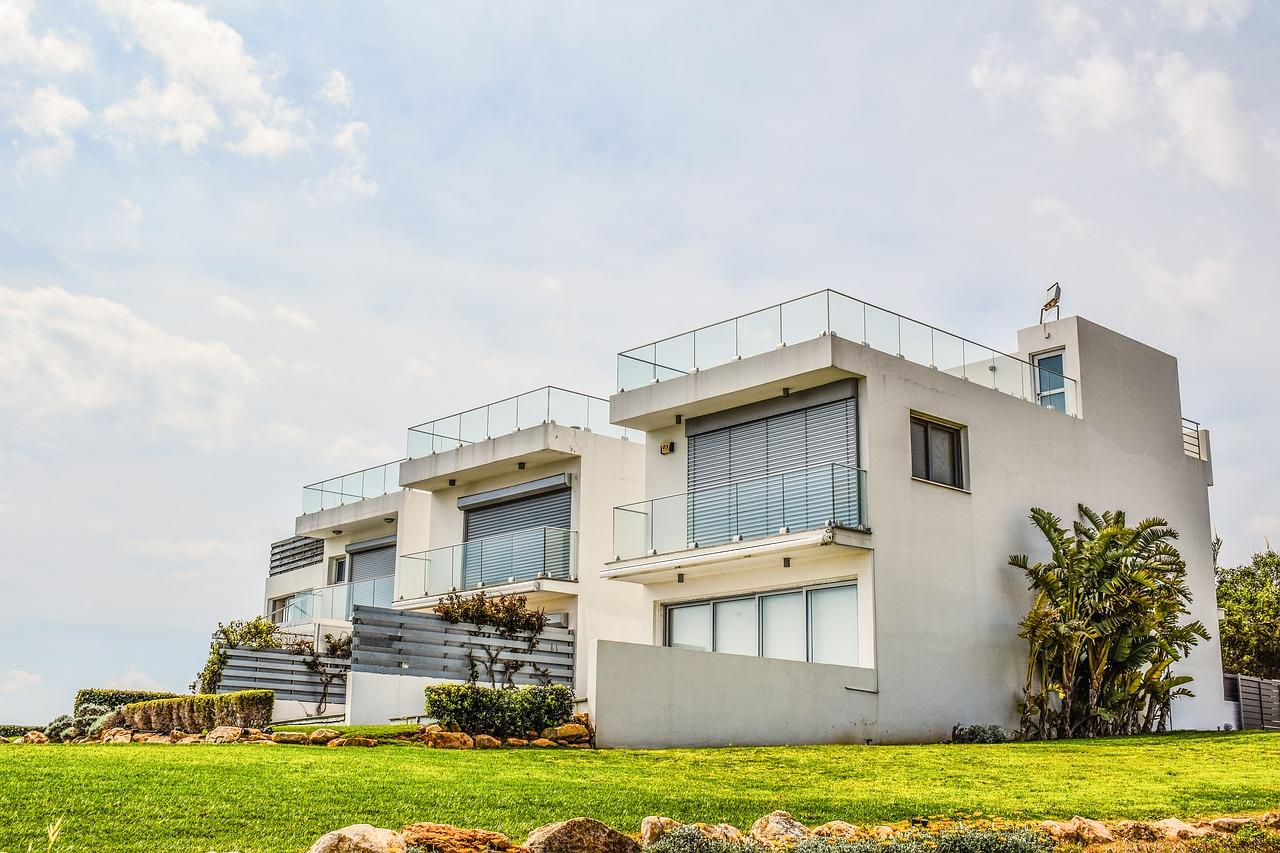 For example, it is difficult to compare income and expenses in Paphos and Limassol. There are too many variables in this "equation". Yes, rental housing in Limassol is high... as well as the level of salaries.

Moreover, each family has their own needs. Someone just needs to live away from the center and take the child to a regular school, while someone cannot imagine life without the bustle of the city and is going to send the child to a prestigious school.

It is difficult to compare nature in Paphos and Limassol. Limassol, for example, is more 'well-kept'. There are many villages in the foothills and mountains, from which there are equipped hiking trails. There are wonderful picnic spots on the dams. In the villages, you can relax however you want. 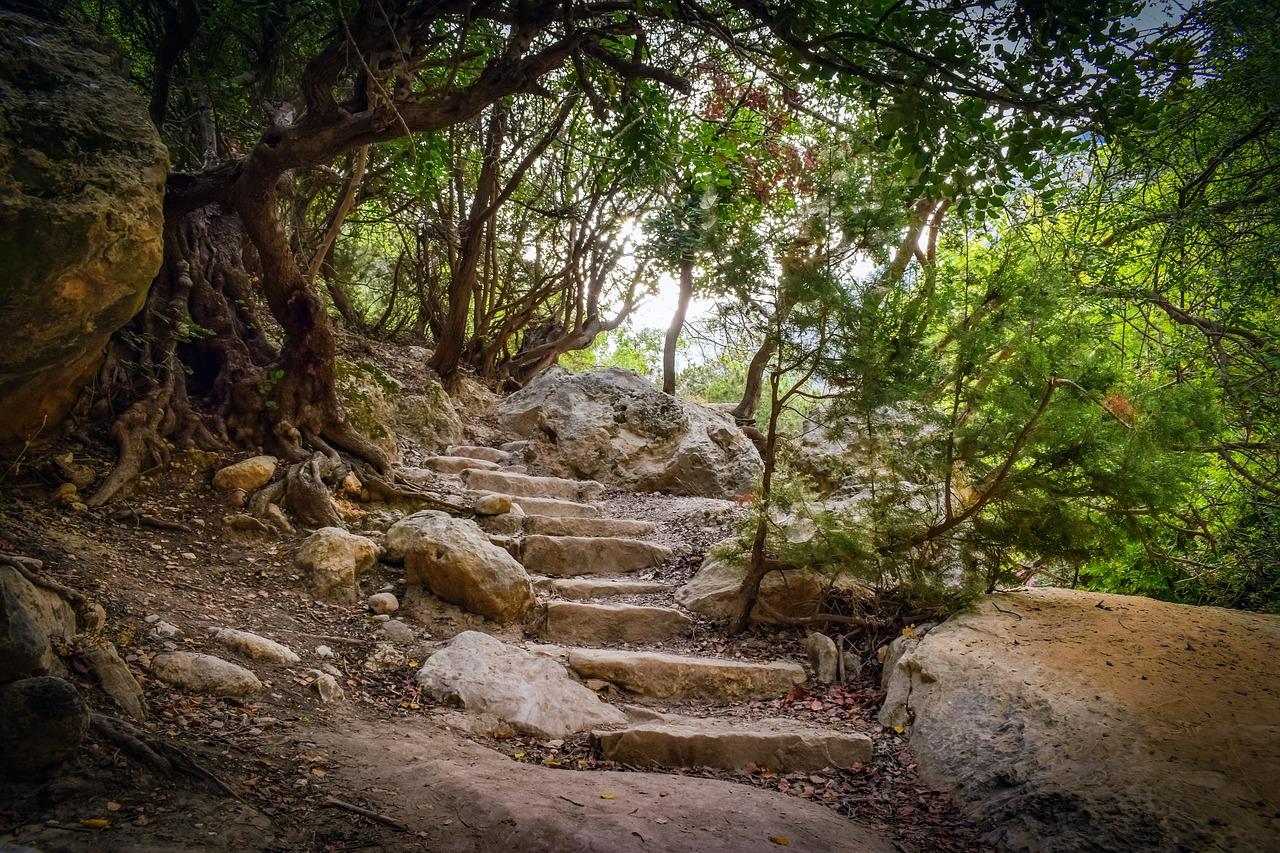 Paphos is an entirely protected area. There are a lot of interesting things for those who like wild nature. The Akamas Peninsula is the pearl of Cyprus and every adventure lover should visit it.

And there are a lot of things that cannot be identified with a one assessment! The most important thing is to see the city with your own eyes, to spend at least some days in both Paphos and Limassol. Then it is much easier to make a choice.

Looking for accommodation in Paphos or Limassol - apartment, house, villa for rent or to buy? Contact the DOM real estate agency in Cyprus. The company's specialists will help you find the perfect home for free. Follow the link.