Dismantling of Oil Storage Facilities in Larnaca Postponed for 6 months

The demolition of gas and old facilities in the coastal area near ​​Oroklini in Larnaca is delayed by at least 6 months.

This was announced on Friday, October 29, by the mayor of the city Andreas Vyras.

He said that according to official information from the owner of Petrolina Holdings, due to objective difficulties, the transfer of LPG tanks will be completed in March 2022, and not in November 2021, as originally announced.

The head of Petrolina Holdings, Dinos Lefkaritis, explained that "the postponement of the dismantling of the tanks is because of a delay in receiving some equipment and components from abroad, as well as because some employees of the contractor who was entrusted with the project got coronavirus."

Under the circumstances, the delay was expected. The dismantling process will be completed in March 2022, and by June 2022, if there are no new problems, the area will be completely cleared, Lefkaritis said.

He added that they are in constant contact with the municipal authorities, which are aware of developments regarding the demolition of objects.

It should be noted that the vice-president of the Ecologists party, Efi Xanthou, recently expressed concern about the new postponement and decisions taken behind closed doors. He stressed that the dismantling of the tanks lasts for years and is one of the longest-running projects.

According to her, the situation at the moment is unacceptable, because environmental pollution in the area from which the oil facilities were relocated poses a danger to its residents.

Xanthou stressed that the Ecological Movement insists that the relocation of facilities be accompanied by the cleaning and restoration of soil and mineral resources, and that the citizens' access to the beach should be ensured through any development projects. Xanthou also criticized local authorities for incomplete presentation of the new development plan for specific sites and called on the city government and the municipality of Larnaca to immediately inform citizens of the decisions that were taken behind closed doors. 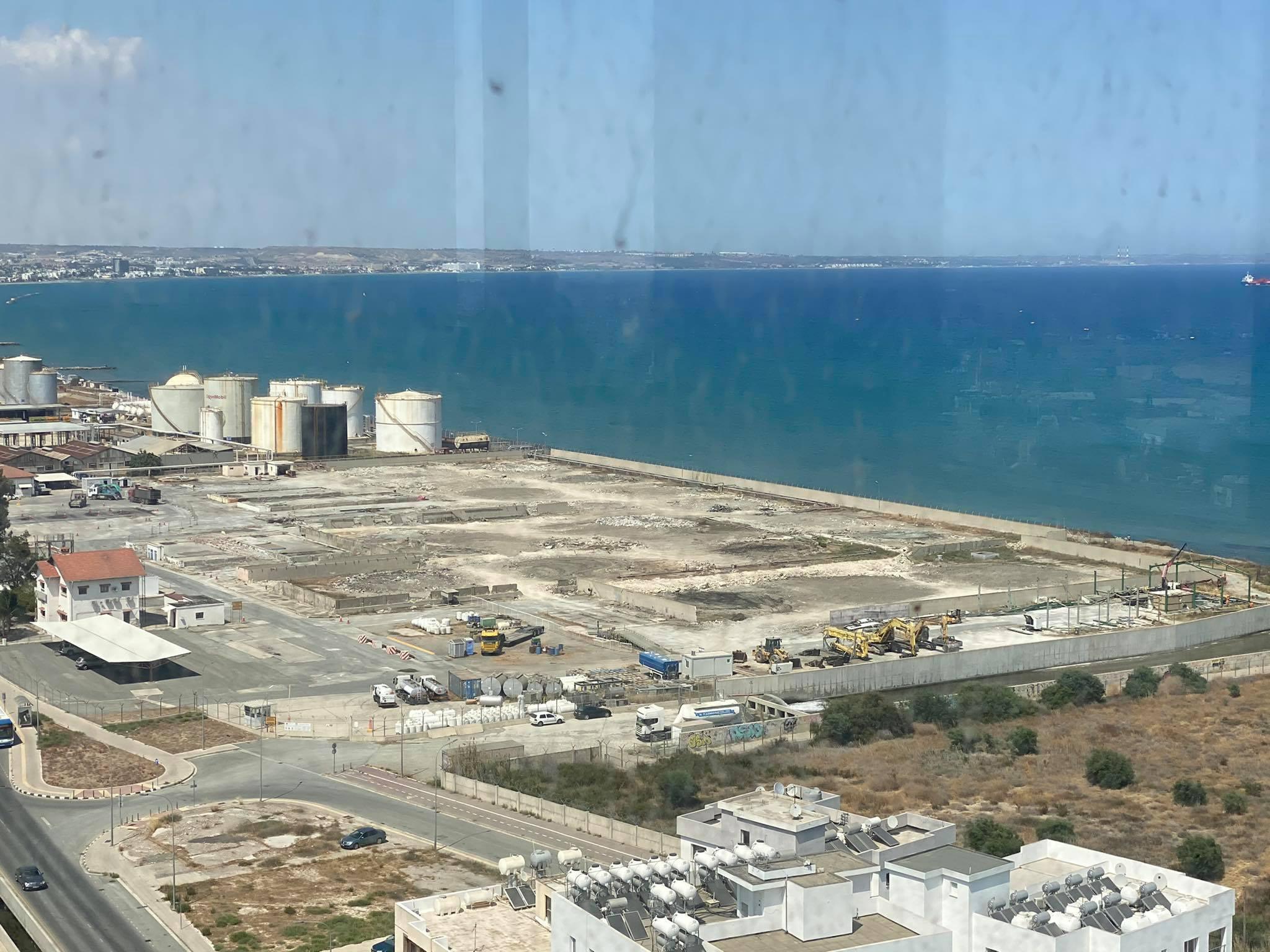 As you may know, oil storage facilities are placed in perspective locations. They are in the coastal area, a short drive from the city center, on the road that connects Larnaca with the suburbs.

The former Cyprus oil refinery was closed in April 2004 and an oil storage facility was built in its place. There were reserves of private fuel companies operating in Cyprus, as well as the state organization KODAP, which is responsible for maintaining the volume of strategic fuel reserves of the republic.

In May 2018, Petrolina demolished its first fuel tank. It was the largest in capacity ever built in Cyprus. In March of this year, the company began dismantling 19 more fuel tanks with a total capacity of about 40 thousand m3. It was given 3 months for this.

Another company, Hellenic Petroleum, also began demolishing its reservoirs in April this year and was supposed to clean up the area by summer. During the demolition, all facilities, pipelines, tanks and equipment that were part of the company's oil storage facility were dismantled. The third company, ExxonMobil, needs another two or three months. Now all the companies are actively moving their tanks to the Vasiliko station.

According to preliminary data, the municipality of Larnaca intends to transform the territory of the old oil refinery into a modern and rich urban space: to create a promenade along the Larnaca-Dhekelia road, and a linear park that covers the coastal strip. In addition, the municipality plans to put in order the artificial canals flowing from Livadia and the Archangelos Kamitsis river, which is located near Jumbo. On the vacated land, it is proposed to create a garden city of Arkolivada, as well as to build up the territories with residential and tourist microdistricts. 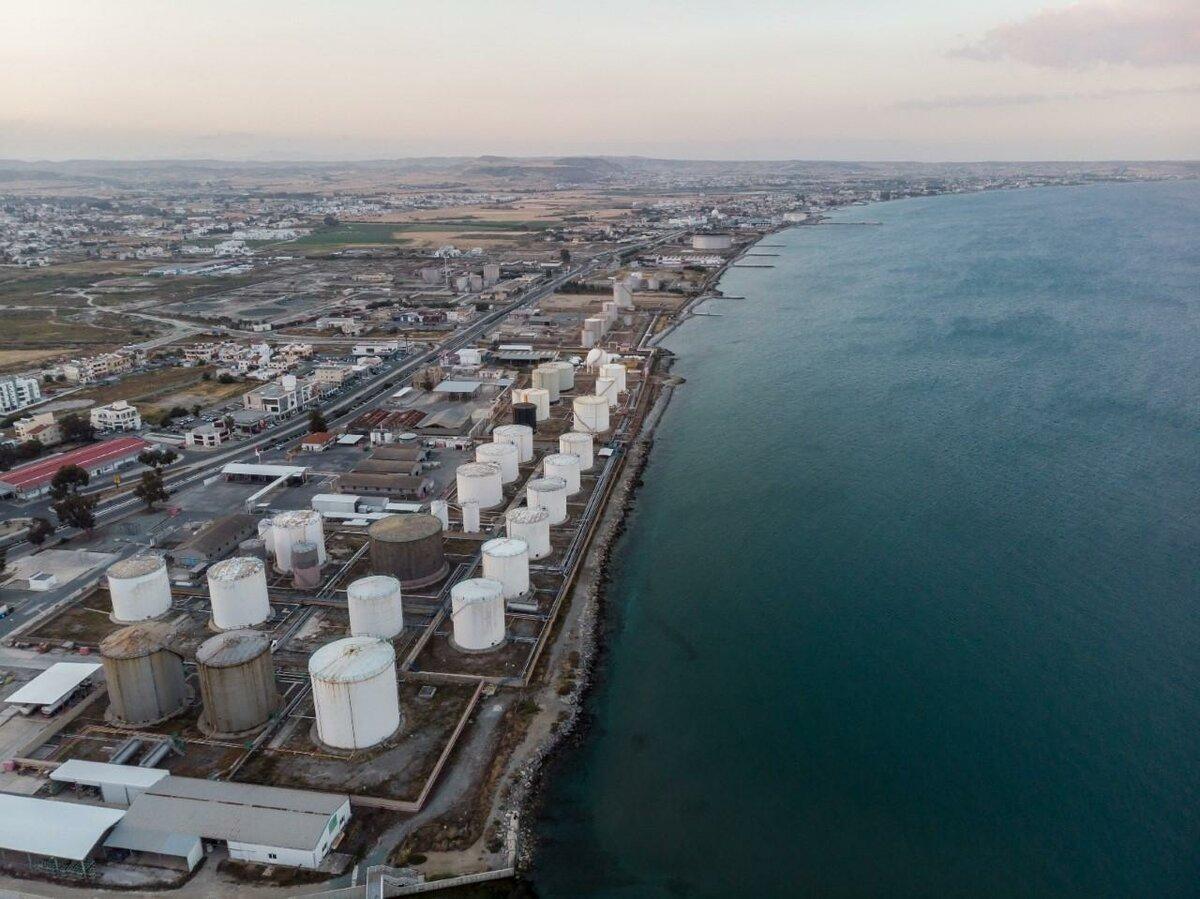