Despite the closure of the Citizenship by Investment program in November last year, scandals related to the Cyprus scheme still do not subside.

The more thoroughly the main audit service of the country examines the documents of foreign investors, the more it finds abuses by local officials.

The Auditor General of Cyprus Odysseas Michaelides said that about 150 investors and their relatives received Cypriot passports, changing their surnames and names, but without notifying the countries of which they were originally citizens.

During the inspections, my department's employees found that dozens of foreign citizens, having received Cypriot passports, changed their Russian names and surnames to Cypriot under oath, without notifying the authorities of their country. In other words, for example, Katya became George. I hope that everyone understands what this practice means," Michaelides stressed.

The Auditor General also noted that these conclusions were made on the basis of a comparison of the file stored in the Ministry of Internal Affairs, in which the names of applicants for naturalization appeared, with the file of the Population Archive.

In addition, the Auditor General stated that the practice of applying reduced VAT to real estate purchased by foreign investors under the Citizenship by Investment program contradicts the relevant directives of the European Commission. As an example, he cited a case when an investor for a property worth 20 million euros paid VAT in the amount of 1 million euros instead of the required 4 million euros. In other words, due to the incorrect calculation of VAT, the island lost 3 million euros in taxes.

The investigation into the scandal with "golden" passports began in September last year after a series of videos appeared in the media that Cyprus grants citizenship to dubious persons.

Despite the launch of the investigation, the government has so far strongly defended the program, stating that it benefits the economy. However, after Al Jazeera published a secret video in which the former head of the House of Representatives Dimitris Sillouris and a member of parliament from Akel Christakis Giovanis offer assistance to a fictitious Chinese businessman with a criminal past in securing citizenship, the scandal flared up.

Sillouris and Giovanis resigned, while Cyprus closed the Citizenship by Investment program. Brussels was shocked by the secret investigation of the Qatari TV channel Al Jazeera, in which the highest political circles of Cyprus were ready to help convicted criminals obtain citizenship, as well as provide them with access to the internal markets of the European Union and visa-free regime.

In October 2020, the European Commission launched an audit for compliance with the EU laws of the practice of Cyprus, when in exchange for investments in the economy, you can obtain citizenship. The relevant notification was sent to the authorities of the country. Brussels gave Cyprus 2 months to clarify the situation.

Cyprus has appointed a high-profile scandal Special Inquiry Committee. At the same time, the independent investigation was taken up by the country's Auditor General, who, for unknown reasons, was constantly being resisted. A series of public hearings were held on the island.

Finally, on June 22, the Office of the Prosecutor General of Cyprus released the final report The Investigative Committee, which, under the leadership of Myron Nikolatos, was investigating cases of illegal issuance of "golden" passports. The 780-page dossier has been significantly edited. For security reasons, the names and some personal data of investors were removed from it. 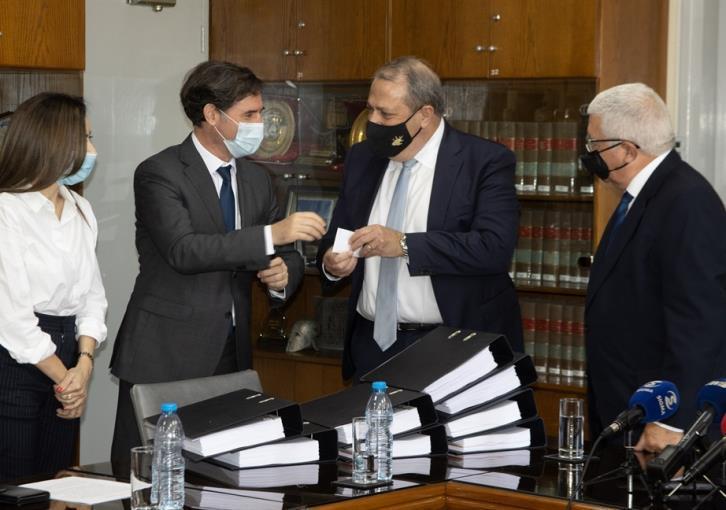 For a long time, the Audit Bureau was unable to launch an investigation, because it was not provided with the necessary files with cases of "golden" passports.

So in September 2020, Michaelides said that government ministries had deprived him of access to full data about the program.

The International Organization of Supreme Audit Institutions (INTOSAI) has repeatedly sent letters to Cypriot officials stating that it "shares the concern" of the Cyprus Audit Service about restrictions on access to documents. In turn, in recent months, government officials have repeatedly questioned the authority of the Cyprus audit service, accusing its head Odysseus Michaelides of abuse of authority.

Only after the verification was completed by the Commission led by Miron Nikolatos, the Accounting Chamber agreed to provide the necessary information on the cases of "golden" passports.