The climate of Cyprus

Cyprus has one of the healthiest climate in the world. However, there is one “but”: despite the small size of the island, the difference between regions is quite significant. If you’re looking for a house in Cyprus, you need to choose the proper area which fits to your personal preferences.

There are no ecologically dangerous industries in Cyprus, therefore you will feel the crystal-clear mountain air full of the herbs or sea breeze saturated with iodine. 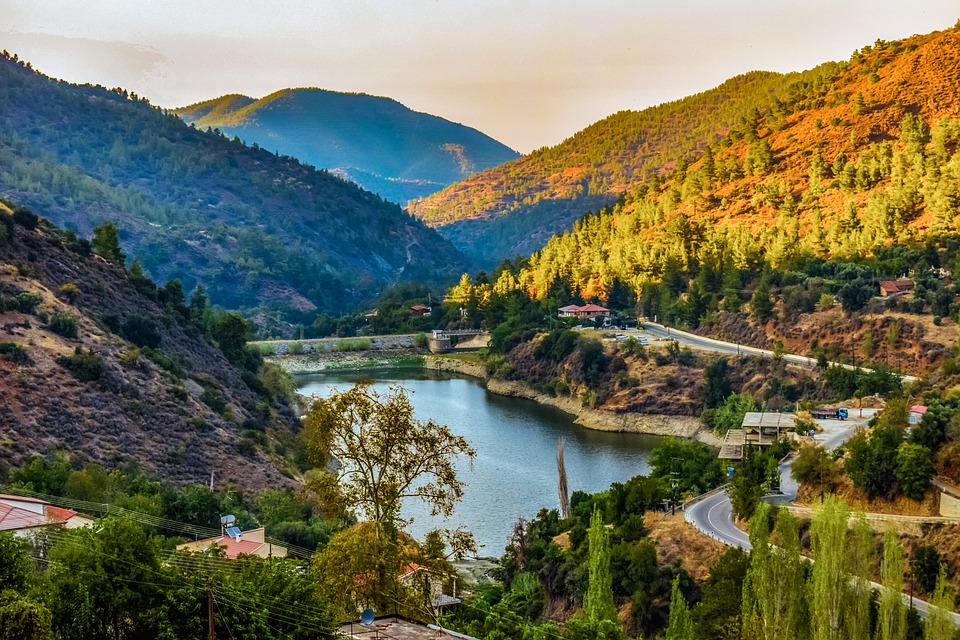 Cyprus has a normal Mediterranean climate: hot summers, mild winters. Summers are usually hot and dry, winters are mostly rainy. The number of sunny days during the year is permanent: about 330 day per year. That means that the sun shines 11 months a year.

In the summer months, you can hide fr om the heat in the mountains, where the weather is 10 degrees cooler than on the coast and there is no suffocating humidity. In winter, snow falls in the Troodos mountains at an altitude of over 1000m above sea level, there are winter recreation centers in the Cyprus mountains where you can ski fr om January to the end of March.

Cyprus: four seasons in one day

Cyprus is one of the few places in the world wh ere all four seasons can be found within one day. In the morning you can ski on the top of the Troodos mountain range, pick oranges or mandarins from a tree which is 20 minutes away from the ski slopes in the Mesaoria Valley, then buy farm strawberries in Zygi, swim in the warm sea of Limassol and have dinner with fresh fish while watching the sunset in Paphos. Sounds cool, right? 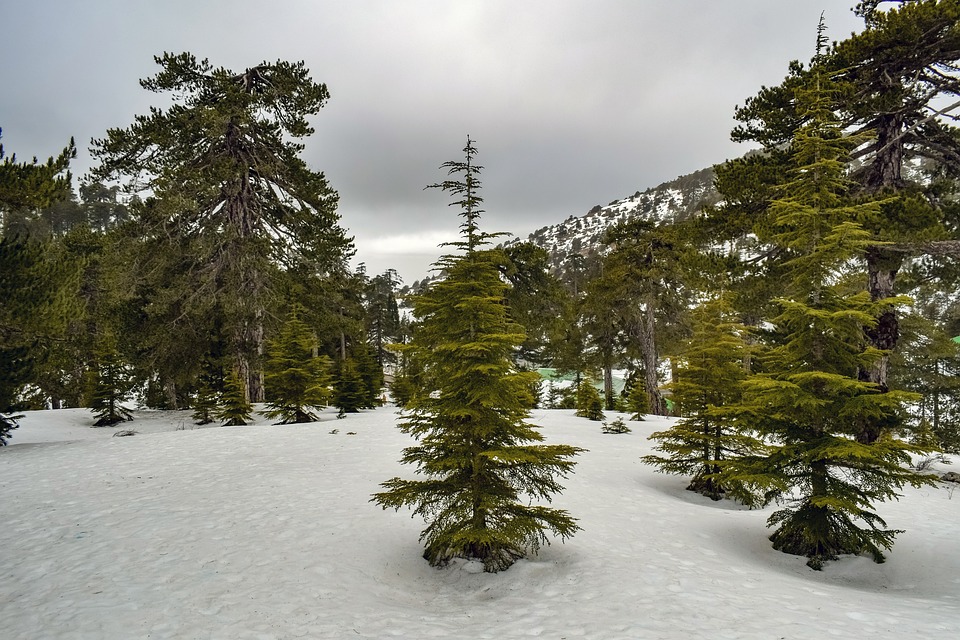 In general, the weather in Cyprus can be described as hot summers (May - September), warm summers (from March to May and from September to November). And a little more rainy summer from November to March.

In summer the daytime temperature is

In winter the daytime temperature is

It rains in Cyprus from late October to April. The island receives about 375 mm of precipitation per year. Most of the rain occurs in the mountains, least of all in the west of the island (in Paphos and Polis).

Nicosia is the capital of Cyprus, the city is located in the very center of the island. The nearest beach to Nicosia is in Larnaca (about 50 km). The northern coast (the city of Kyrenia) is closer (only 20 km) but this city is occupied by Turkey, and travellers need to go through a checkpoint, be inspected by border guards on both sides, do this is not suitable for everyone. 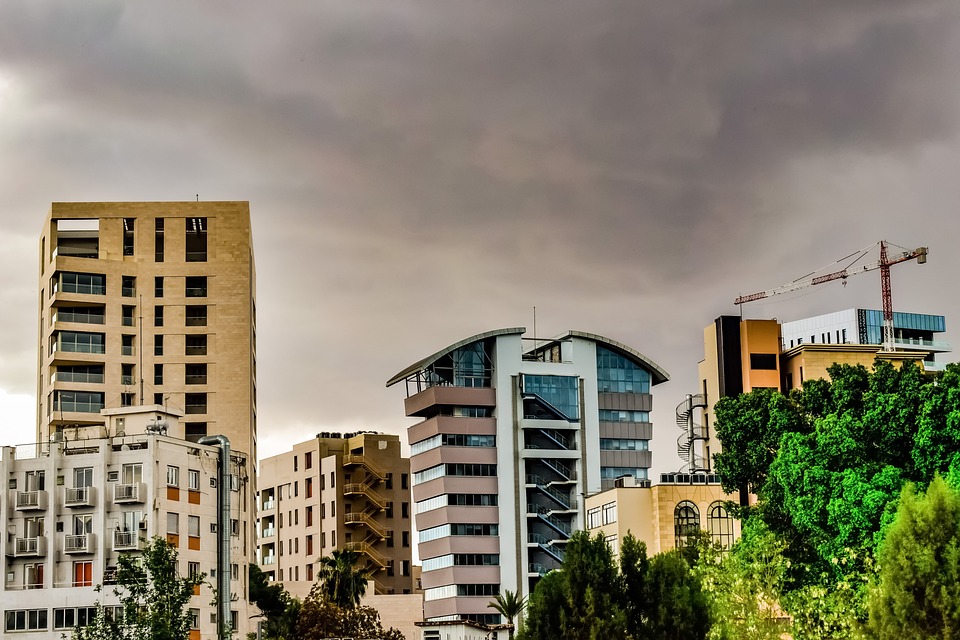 Nicosia, due to its location, has the most “continental” climate: very hot summers, relatively cool winters, low air humidity (compared to the coastline weather).

Climate on the coastline of Cyprus

The climate of the coastal cities (from west to east) - Paphos / Polis, Limassol, Larnaca, Ayia Napa / Protaras - practically does not have differences between each other. The humidity level is the only thing that can be more different: the south (Limassol, Larnaca) has the lower humidity, the west and the east (Paphos / Polis and Ayia Napa / Protaras / Paralimni) has the upper one. 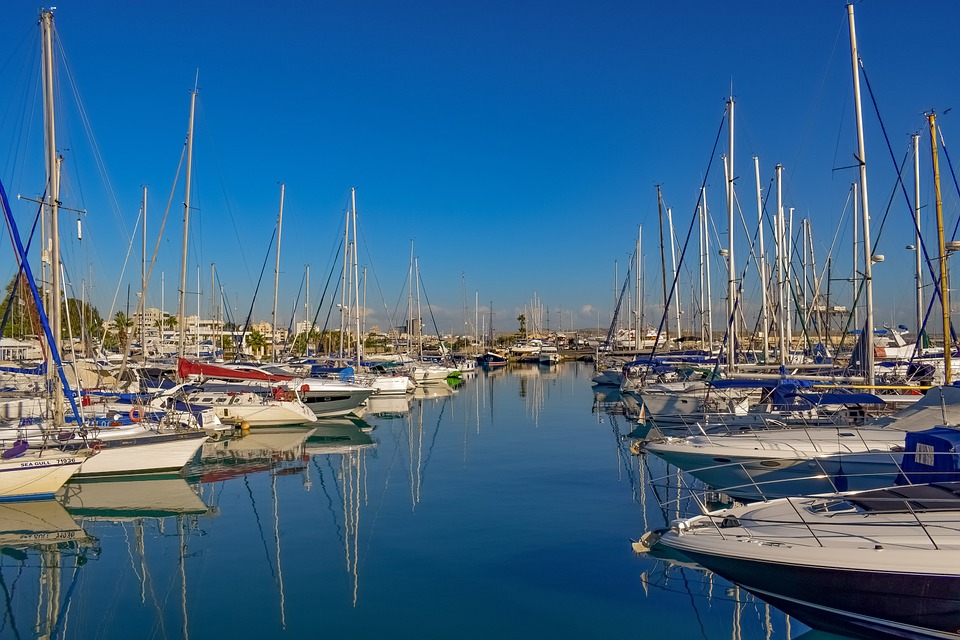 Weather in the mountains of Cyprus

And finally, the mountains. The Troodos mountain range, located in the western part of Cyprus, is the largest on the island. Mount Olympus' peak, the highest point of Cyprus, is 1952 meters above sea level. Troodos mountains are pine forests, are clean air and picturesque villages, are frescoes, churches and monasteries (some of them are in the UNESCO heritage list). Here is the most pleasant climate, moderately hot summers and cool winters. And also here are waterfalls, ski slopes in winter, eco products, and, finally, incredibly large and sweet cherries that grow only here. Also the mountains are not too far from cities and the sea. 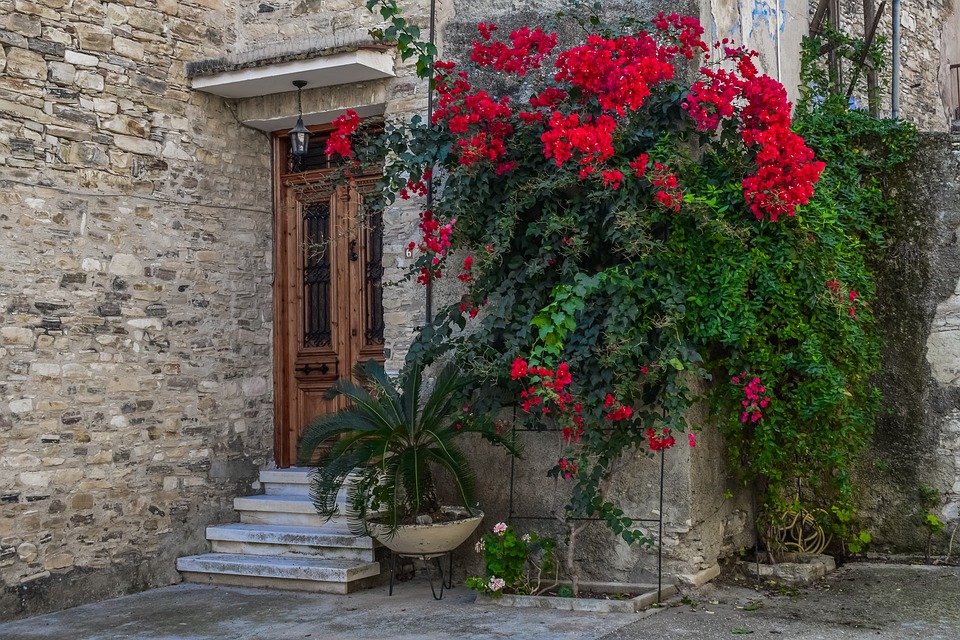 The use of solar energy in Cyprus

As we said above, solar heaters are installed on the roofs of almost all houses in Cyprus, both private and commercial. On sunny days, the water heats up to 60 ° C even in winter. Cyprus is one of the five leading countries in the use of solar heaters (after Barbados, Austria, Greece and Israel).

It is hot in Cyprus in summer. Really hot. After you move here, you need to be ready to spend a lot of money on electricity to keep the temperature comfortable all year. 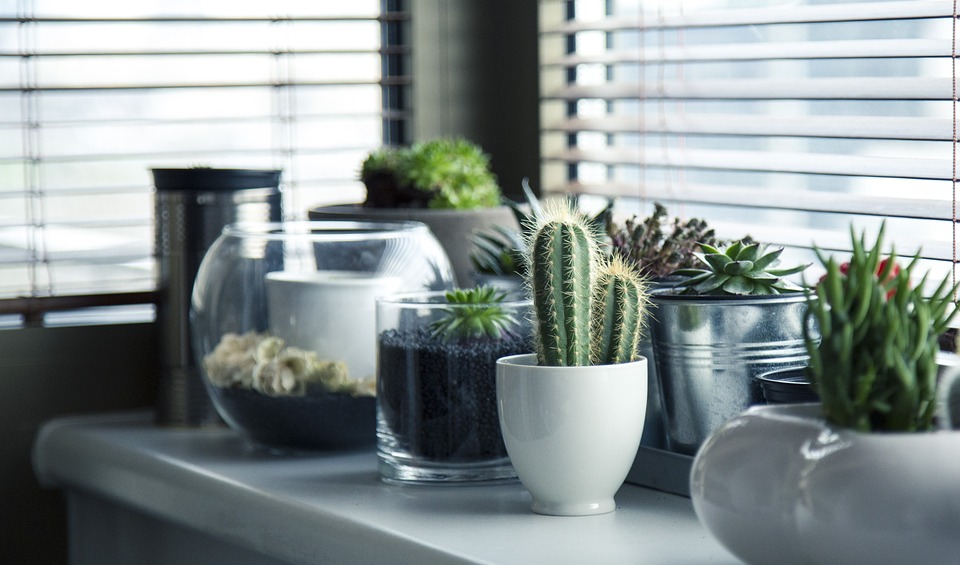 Air conditioner is not a luxury, but a means of survival in most parts of the island from June to September. Without air conditioning, it is comfortable only in the mountains and rarely in some coastal areas, if the houses are located on a hill or in places wh ere there is constant air circulation and the sea breeze blows the rooms.

In Nicosia, as well as in most houses and apartments in coastal cities, air conditioning is absolutely necessary (in some mountain villages in summer even without air conditioning, a comfortable temperature). 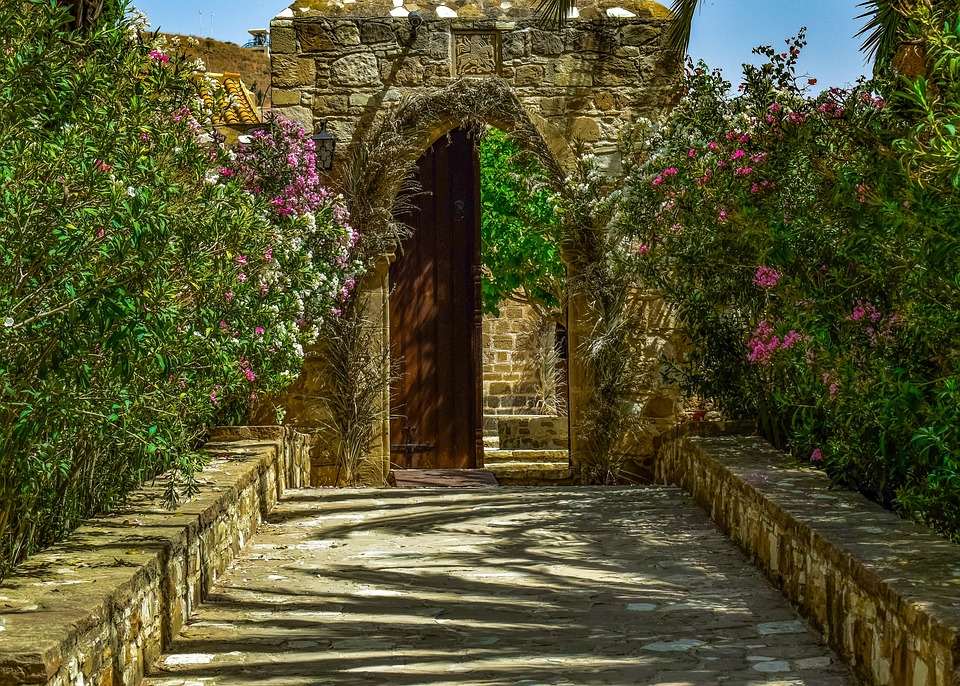 The same situation in winters: yes, there are no extremely low temperatures in Cyprus, but when it is +12 ° C outside and +14 ° C indoors, it is not comfortable and chilly. And now heating is necessary. Air conditioners, portable heaters, gas or kerosene heaters on wheels, central heating system, or the luxury warm floors, it all depends on your income, the house or apartment you live in. It depends on if it is a rented property or your own. It depends on other factors.

That is why it is so important that your house or apartment in Cyprus is built using the latest thermal insulation and the proper dew point calculation, all this will help save electricity for cooling or heating and prevent indoor condensation and further mold formation in your home.

Not very pleasant climatic features of the island are sandstorms in Cyprus and earthquakes. Sandstorms usually come to the island in late winter and early spring. Air masses bring sand and dust from North Africa and the Arabian Peninsula, and this yellow cloud stays in the air for several days. On the coast the concentration of dust is less than in the center of the island, and dissipates faster. 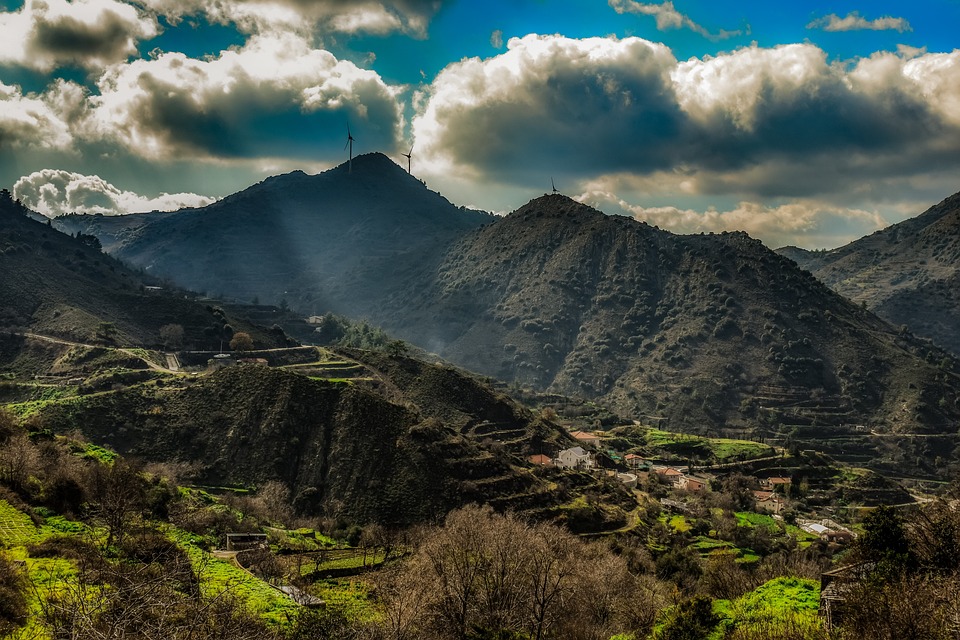 But in Nicosia the dust storms are the strongest. Israelis and Arabs, neighbors of Cyprus, call this phenomenon (from the Arabic "hamsi" - 50), because it lasts about 50 days.

Fortunately, “50 days” is more of a poetic metaphor, and dust usually comes in for 2-3 days and goes away with the change of weather. If you live in a house with a good air conditioning system, you will hardly notice it.

Cyprus shakes slightly several times a year. The epicenter is usually somewhere in the sea. The earthquakes in Cyprus are so weak that if you don't read the news, you won't notice them. Nevertheless, in order to feel calm, it is important to choose a well-built house as the construction of houses should be done with the basic principles of earthquake resistance. 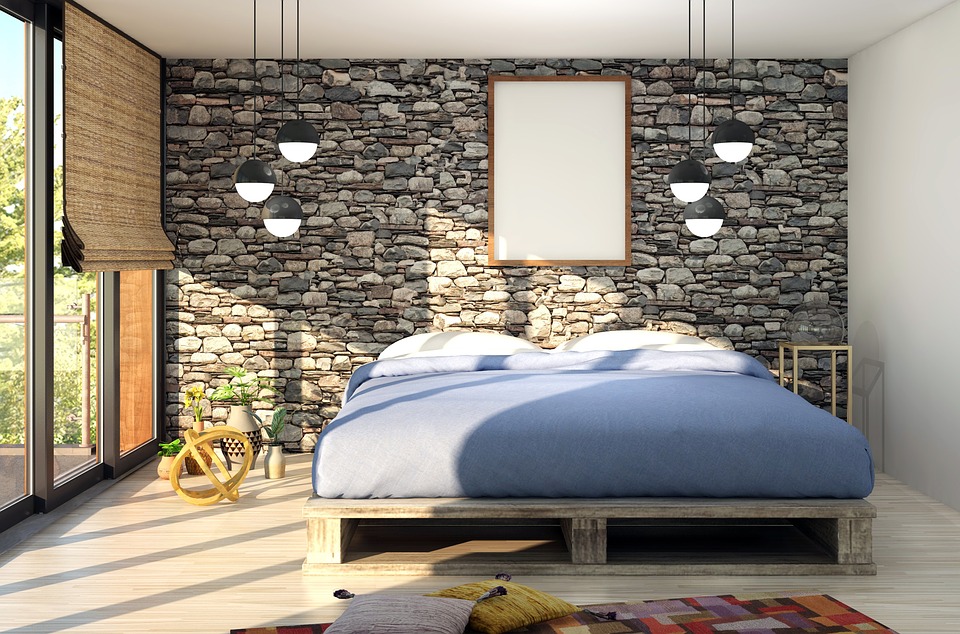 When choosing a house or apartment in Cyprus, it is necessary to take into account the climatic features of a particular area on the island: the level of humidity, direction of the wind, the location of rooms, and many more things that every professional knows, but buyers usually do not.

An expert consultation before buying a property in Cyprus is a guarantee that you will get the best option of price-quality ratio.

If you are interested in buying or renting real estate, DOM real estate agency specialists will provide you with a free consultation and as well as help you to find a suitable property. Do not postpone until tomorrow and contact them right now at the link.