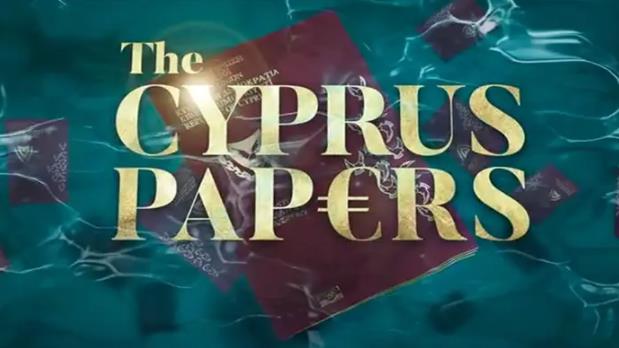 The Qatari edition of Al Jazeera published on Sunday, August 23 an article stating that the Cypriot passport program has become a salvation for criminals from all over the world.

Persons who have committed serious economic crimes, close associates of large terrorists and dictators of various sizes, receive Cypriot citizenship and thereby become not subject to jurisdiction in their countries.

Al Jazeera's colorful and vivid video reflects some of the moments that surprise most viewers: a major criminal, a huge ill-gotten fortune, luxurious houses with pools by the azure sea on an paradise island, all this hits the target and causes the anger of the audience, many of whom cannot afford such a life even once a year.

Cyprus Police spokesman Christos Andreou said on August 25 that the Ministry of Internal Affairs knew about the data leak on June 3 of this year, and immediately began an investigation into possible channels of leakage of highly confidential documents. The main versions are hackers or an official who had access to information and received a huge bribe for "leaking".

The Prosecutor General of Cyprus has initiated their investigation. The involvement of Interpol is not excluded, since it was a flagrant violation of confidentiality and the disclosure of personal data, which is expressly prohibited by EU legislation.

But are these facts true? Let's figure it out.

Yes, indeed, Cypriot passports were obtained by people who were involved in major financial fraud, or are related to terrorist organizations or are close to politically exposed persons (PEP).

After the famous Joe Lowe case, in November 2019, Cyprus revoked his citizenship. After other checks, the procedure was initiated to revoke the citizenship of another 25 unreliable investors, whose names cast a shadow on the reputation of Cyprus.

Shortly thereafter, the consideration of applications was frozen, and the Parliament of Cyprus finalized and adopted amendments to the Cyprus Citizenship by Investment program.

The law was adopted on the evening of July 31, 2020. It provides for stricter criteria and a multi-stage procedure for verifying the documents of investors seeking Cypriot citizenship.

Al-Jazeera's publication is clearly paid and bought. It discredits the Cyprus passport by investment program. For example, at the beginning of the video, they say: "The island received EUR 8 billion from investors!"

This information evokes quite understandable feelings in any viewer: "OMG, they joined the EU and are trading their citizenship, earning money."

The creators of the video are modestly silent about the fact that the investments are returnable and after 3 years (later the period was increased to 5 years) the investors receive their funds back.

The Cypriot government actually borrows money, uses it to develop vital economic areas, and subsequently returns the funds to their owners, without prohibiting the sale of real estate purchased for this program.

Such distortion of facts, their partial disclosure and sheer demagoguery do no honor to colleagues from Al-Jazeera.

Who benefits from this?

A reasonable question arises: why was this done? Whose interests does this "half-truth" report serve?

Cyprus Interior Minister Nicos Nuris does not hide that such 'revelations' are very beneficial to Turkey, which is trying to discredit Cyprus in the eyes of the world community, presenting the island as a stronghold of fugitive criminals from all over the world.

As you know, Qatar and Turkey are allies and close political, economic and cultural ties have been established between the countries.

The verification of the applications of investors who received citizenship between 2013 and 2019 was carried out in accordance with the then existing criteria and procedures, in which there were a number of problems. Since then, the verification protocol has been changed and the criteria have become more stringent. To blame Cyprus in 2020 for past mistakes that have been eliminated, it is somewhat belated and it is not clear for what purpose this was done.

Why is Cyprus under the gun? As stated in an old Latin dictum, cui prodest (who benefits)?