The luxury mansion in Agia Napa, owned by the Malaysian businessman Joe Lowe, was arrested

An arrest warrant for the luxury mansion in Ayia Napa, owned by the wanted Malaysian businessman with a Cypriot passport, Joe Lowe, was recently secured by MOKAS in consultation with the Attorney General.

The decree, which binds the villa worth €5 million from possible alienation, was issued by the Nicosia District Court at the request of the Anti-Concealment Crime Unit (MOKAS).

The blocking of the villa had receded it though the Land Registry Department so that in case anyone tried to sell or transfer the specific property, MOKAS would be informed. Now , after consultation and contacts with the Malaysian authorities, it has become possible to issue a court order for the consolidation of the only property owned by Joe Lowe in Cyprus, which was bought for the not insignificant amount of €5 million.

The goal is for the specific property to be confiscated in the future and the amount that will be collected to go the Malaysian authorities, if Cyprus gets an amount. 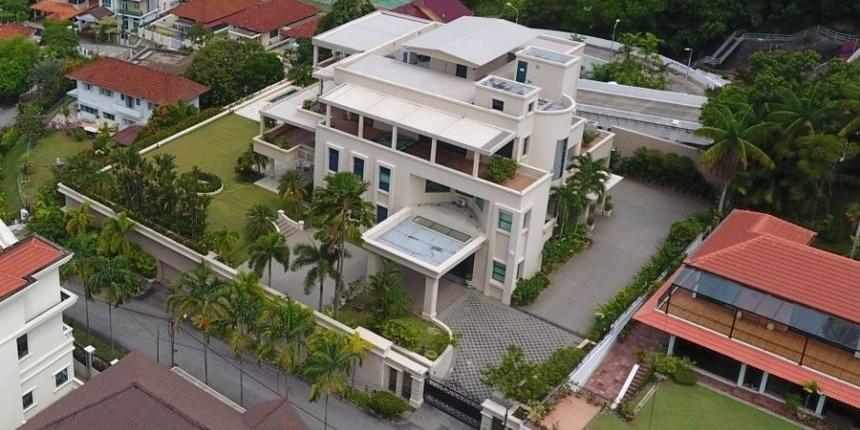 At that time, the Malaysian Attorney General's Office was already conducting an audit of his activities. According to the research, he turned out illegally withdrew more than $ 5 billion from the state investment fund 1Malaysia Development Berhad (1MDB).

To obtain a Cypriot passport, Lowe commissioned the internationally renowned company Henley & Partners, which specialises in international naturalisation and home acquisition, which began contacts in Cyprus in late spring 2015. Joe Lowe arrived in Cyprus on September 18, 2015 and through an express procedure in two days he exceptionally received his passport from the Council of Ministers. On September 23, 2015, acting on behalf of Joe Tank Lowe's client, Henley & Partners bought the unfinished mansion in the Limnara area of Ayia Napa. The villa according to our information was completed at the beginning of 2020 and handed over to the beneficiary.

November 6, 2019, the Cabinet of Ministers of the Republic of Cyprus activated the revocation procedure of citizenship of 26 people: 9 foreign millionaires who became Cypriots, and also 17 members of their families. Among them is also was Joe Lowe.