In Cyprus, as we would expect, there is a big scandal after the decision of the Cyprus Government to cancel the passports of 14 Turkish Cypriots, including the leader of the unrecognized TRNC, Ersin Tatar.

On Tuesday, August 24, Ersin Tatar condemned the decision of the official Cabinet of Ministers.

The Greek Cypriots have taken a very controversial step that will not find approval among the world community. Such a decision is the most convincing evidence of the transformation of the Republic of Cyprus into a Hellenistic state, Tatar said.

The Turkish Cypriot leader stressed that the decision to revoke the passports sparked debate and controversy within the Greek community of the island. Many, in particular lawyers, called such a step wrong, since, in accordance with the Constitution of the Republic of Cyprus, a passport cannot be canceled.

Punishing us for our policy, as well as threatening the Turkish Cypriots through politicians, is ineffective, impossible and short-lived. Such steps cannot be continued and have already received due condemnation, Tatar said.

He also noted that the government of the TRNC intends to pursue a new policy on the issue of the Cyprus problem settlement and henceforth stands only for "the creation of two sovereign and independent states coexisting on the island and solving problems through cooperation."

At the same time, Tatar said that the only support for the TRNC is Turkey, the preservation of the presence of the Turkish Armed Forces on the island to protect peace, as it was after 1974, and the continuation of Turkey's performance as an effective and de facto guarantor.

The head of the TRNC also announced plans to visit New York in September to meet with UN Secretary General Antonio Guterres.

Turkish Cypriots never run away from negotiations. In New York, if UN representatives and circumstances permit, a meeting with a delegation of Greek Cypriots may take place. If there are official, comprehensive negotiations, then it is necessary to recognize our sovereign equality, - added Tatar. 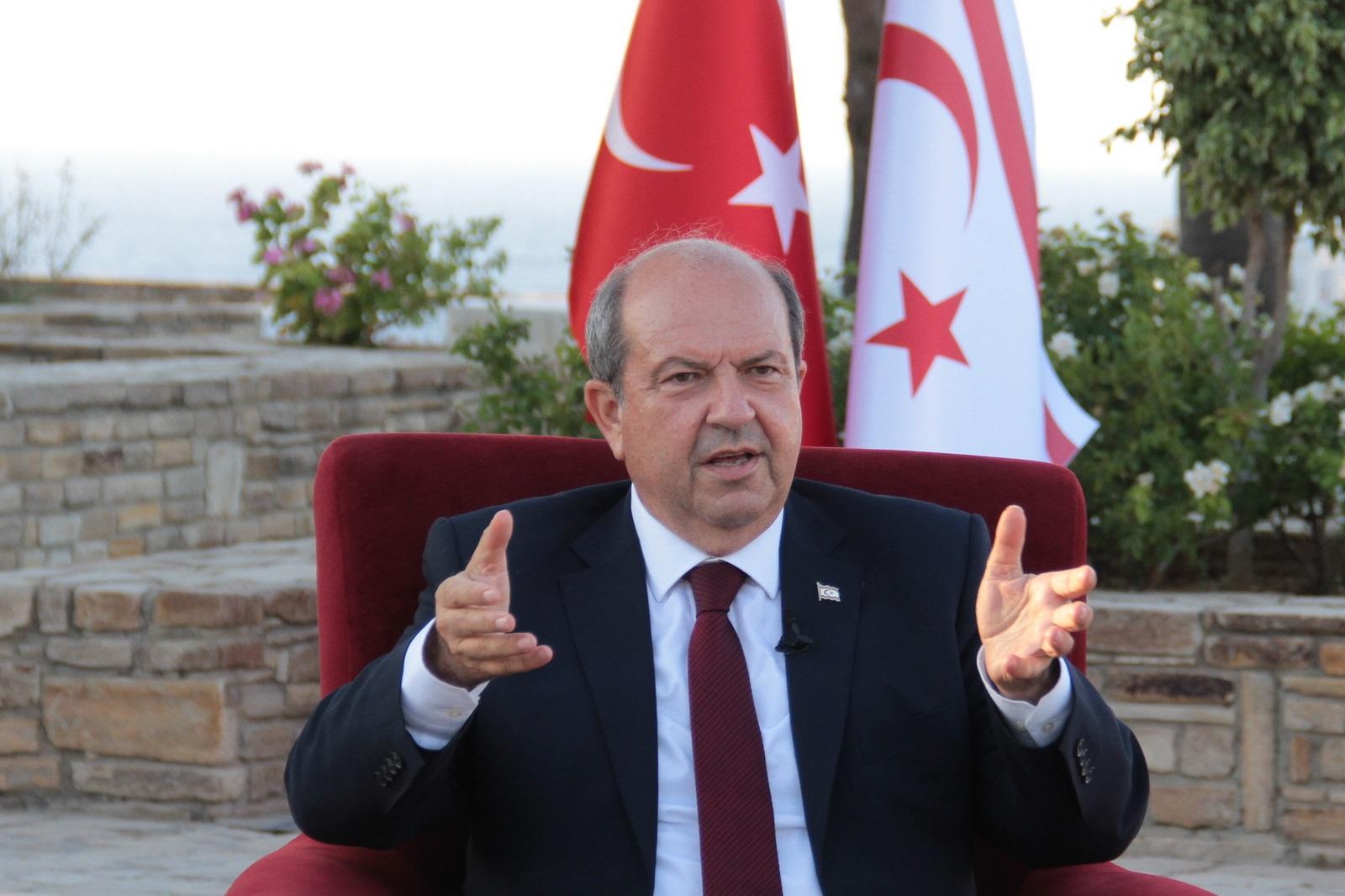 The President of Cyprus, Nicos Anastasiades, did not remain silent and responded to criticism from the Turkish Cypriots for the cancellation of passports.

He called groundless accusations of the leader of the Turkish Cypriots, Ersin Tatar, of racism and human rights violations in connection with the cancellation of the passports of members of the government of the unrecognized Turkish Republic of Northern Cyprus.

In a written statement published on Wednesday, August 25, by the government press and information bureau Nicos Anastasiades noted that "of all the unfounded and contradictory statements of the Tatars," he will limit himself to only two points.

Tatar argues that the decision is racist and a violation of human rights, as the decision discriminates between citizens. I would like to remind Mr. Tatar that he said in his public statements: “... We are a different race. We speak Turkish, our religion is Islam, our homeland is Turkey, ” Anastasiades said in a statement.

According to him, the Republic of Cyprus, respecting the rights of compatriots - Turkish Cypriots, issued 97 thousand travel documents, and the number of holders of Cypriot documents confirming Cypriot citizenship exceeds 110 thousand.

Thus, allegations of discrimination are unfounded, since the cancellation of passports concerns a strictly limited number of persons whose actions undermine the independence, sovereignty and status of the Republic of Cyprus, and, of course, not all of our Turkish Cypriot people, the President said.

Commenting on Tatar's statement that the Republic of Cyprus is a republic of two nations and that passports are guaranteed as a natural right under the Agreements for the Establishment of the Republic of Cyprus and that this right should be respected, Anastasiades noted that this “correct statement” contradicts Tatar's positions regarding the separation of Cypriot citizens two peoples or the solution of the Cyprus problem by creating two states, which grossly violates the agreements to which he refers.

Bearing in mind what the Tatars assert, the Greek Cypriot community is fully prepared to agree to the restoration of constitutional order with the return of Turkish Cypriots to the executive, legislative, judicial and other branches of government in accordance with the provisions of the 1960 Constitution, with the simultaneous commencement of negotiations to determine areas in which each community will be responsible for governance in accordance with United Nations resolutions, Anastasiades emphasized.

Varosha (a neighborhood of Famagusta) has been closed since 1974 after the occupation of the city by Turkish troops and the partition of the island.

Varosha is protected by a 1984 UN Security Council resolution. The head of the self-proclaimed Turkish Republic of Northern Cyprus (TRNC), Ersin Tatar, during a recent visit to Northern Cyprus by Turkish President Tayyip Erdogan, said that the military zone, which makes up 3.5% of the closed part of Varosha, will be demilitarized, and real estate in it can be returned to the owners.

According to the authorities of the Republic of Cyprus, Turkey's goal is to promote plans to complete the partition of the island and create two states, which violates the Greek Cypriots' right to property in the area, since in order to return it, they must turn to the occupying authorities and thus legalize their actions. 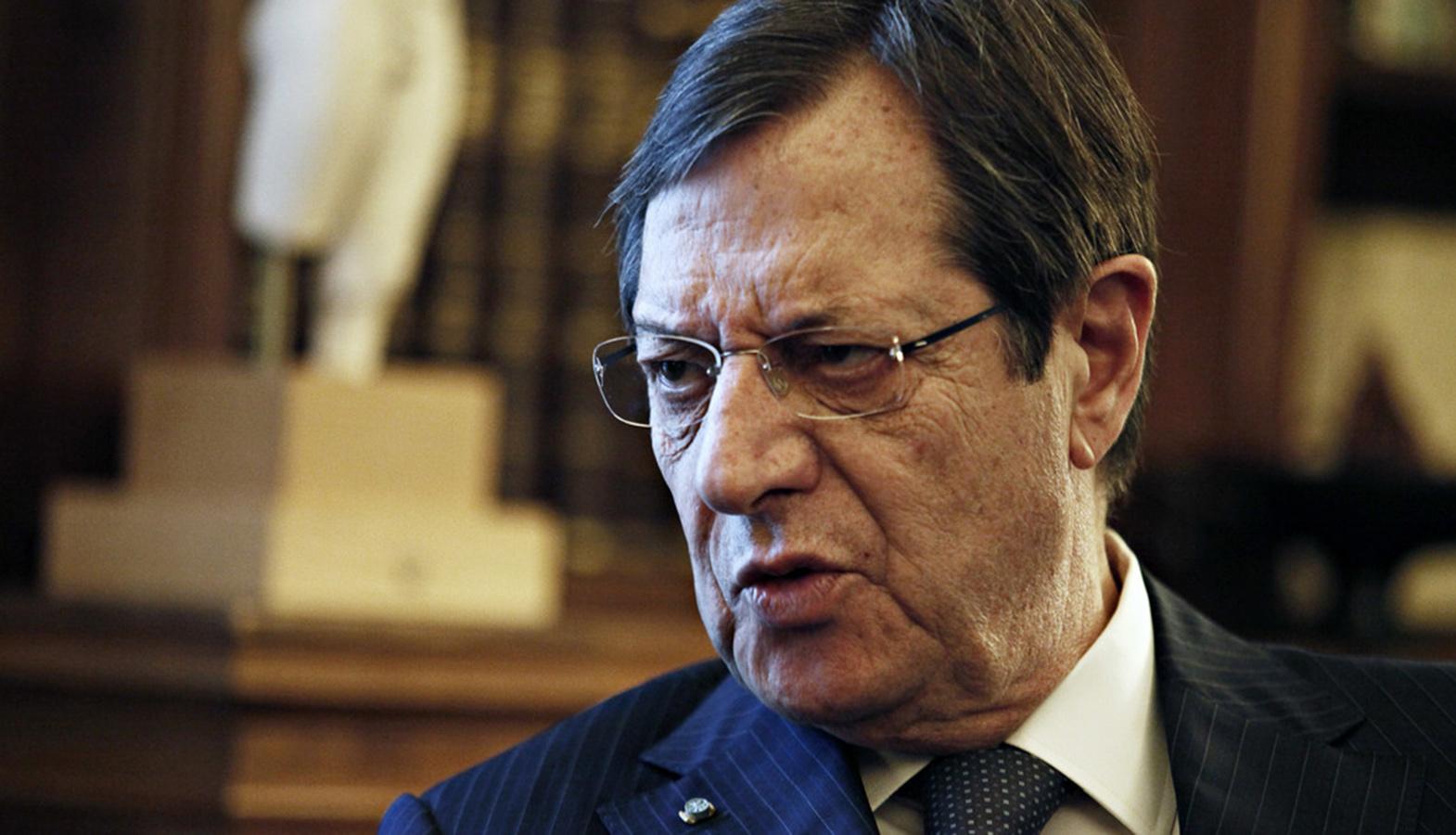 Have you decided to buy an apartment or a house in Cyprus? Contact the DOM Real Estate! The website has a large number of real estate objects - residential and commercial. Experienced agency specialists will be happy to help you make the right choice.

House for sale in Pissouri