Public transport in Cyprus is not very popular as it might be in your country.

There are no metro, trolleybuses, trams, or buses which we are used to. All locals and visitors to the island mainly travel by car or taxi.

But as you may know, once there was a railway here... Yep, you heard it right. The railway, 122 km long, functioned on the island fr om 1906 to 1951, when it connected 39 stations. It was the only railway line in Cyprus, linking the port city of Vorosha (currently a closed "dead" city) with the island's capital, Nicosia, and the terminal station in Troodos, Evrychou. 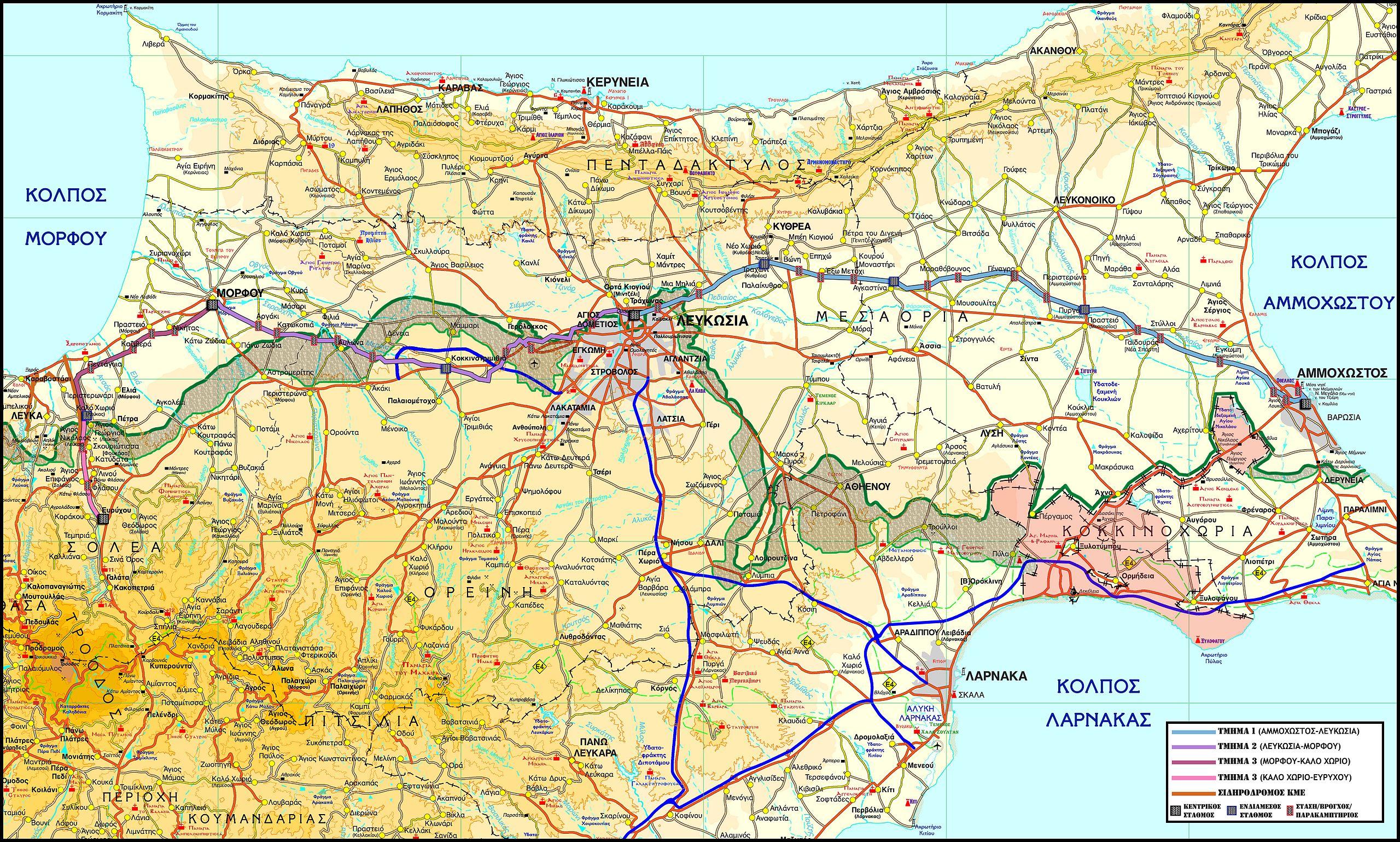 The railway was built by the British colonial administration. According to statistics, the railroad brought more losses than profits. But the British financed the unprofitable project - as a symbol of their rule in Cyprus. During the operation of the road, more than 7,000,000 passengers and about 3,000,000 tons of cargo were transported by steam locomotives. 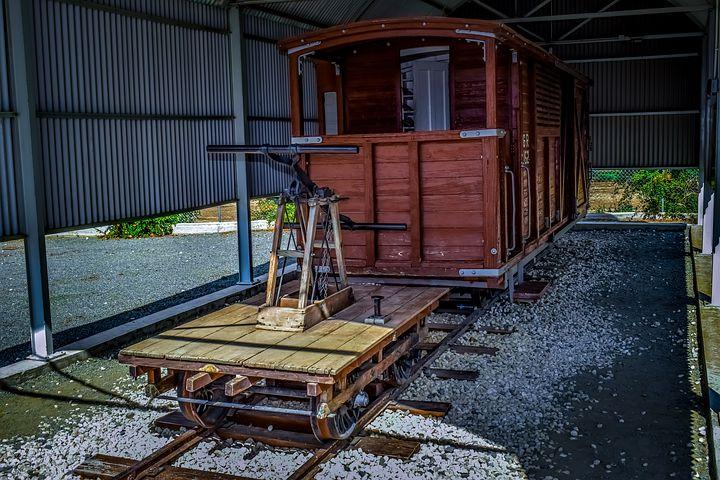 After the British Empire lost its colonies in India and in many areas of Africa and the Middle East in the postwar period, the colonial government decided to close this project. Therefore, on December 31, 1951, a train fr om Nicosia to Famagusta brought the last passengers to the station. This was the end of the era of rail travel in Cyprus.

For several years, a small section (about 20 km) between Evrychou and the port of Karavostasi was occasionally operated for the transportation of iron ore. At the moment, there is practically nothing left of the Cyprus railway. Most of the steam locomotives have long been disposed of, a motorway has been laid over the railway tracks in Famagusta, and a couple of the remaining stations are in a deplorable state. 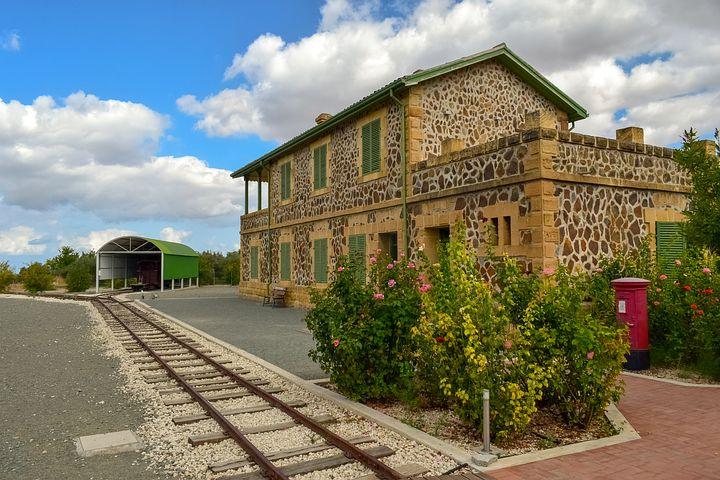 There is a museum of the Cyprus Railways opened in 2016 in a former railway station building. You can get acquainted in more detail with the history of the Cyprus railway, schemes of its tracks and other exhibits at any time of the year in the village of Evrychou in the Troodos mountains. The exact location can be found on the map.

And what can you use to move around the island now? Let's take a look at the most popular types of transport in Cyprus.

Cyprus has a well-developed system of intercity and local transportation, taxis can be found in any (even the most remote) corner of the island. Not everyone has the opportunity to rent a car due to age, budget, or health condition. So, what can you use to move around the island, if not by car? 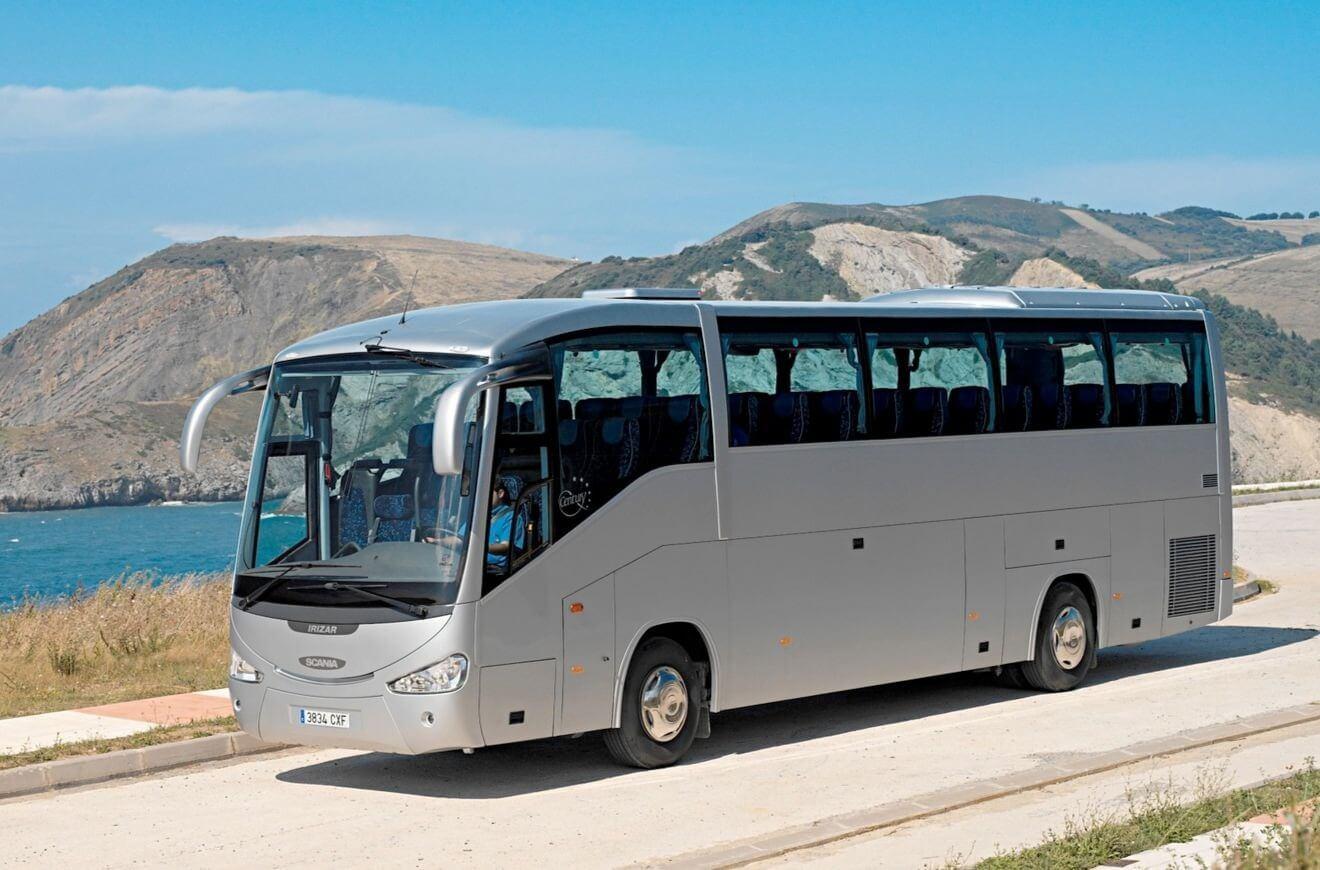 Fr om both airports Paphos and Larnaca, there are buses to other cities in Cyprus. You can buy a ticket right on the bus. This transport takes you to the city, to the final stop, wh ere you should change to a city bus or take a taxi. Transfer rates are as follows: 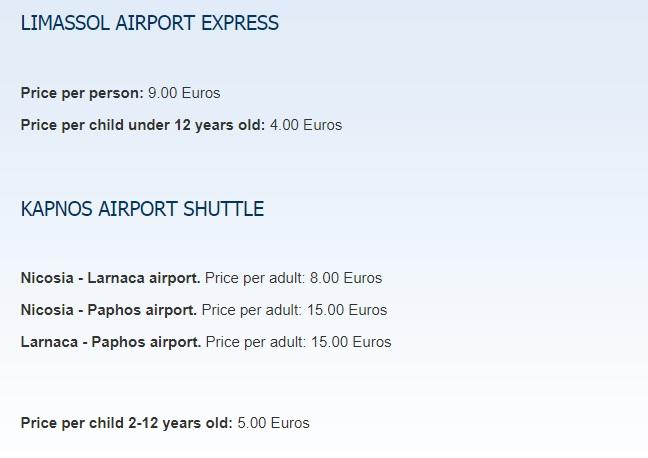 For more information on the bus schedule and stops, please visit the official website cyprusbybus.com

You can also take a shuttle (minibus for several people), which takes you fr om the airport to the desired point in the city. The fare for 1 person varies from € 10 to € 20, depending on the carrier company and the time of day. The shuttle ticket must be booked on the website in advance. For example, one of the popular carriers is Travel & Express. You can learn more about the rates and book a trip on the website travelexpress.com.cy. 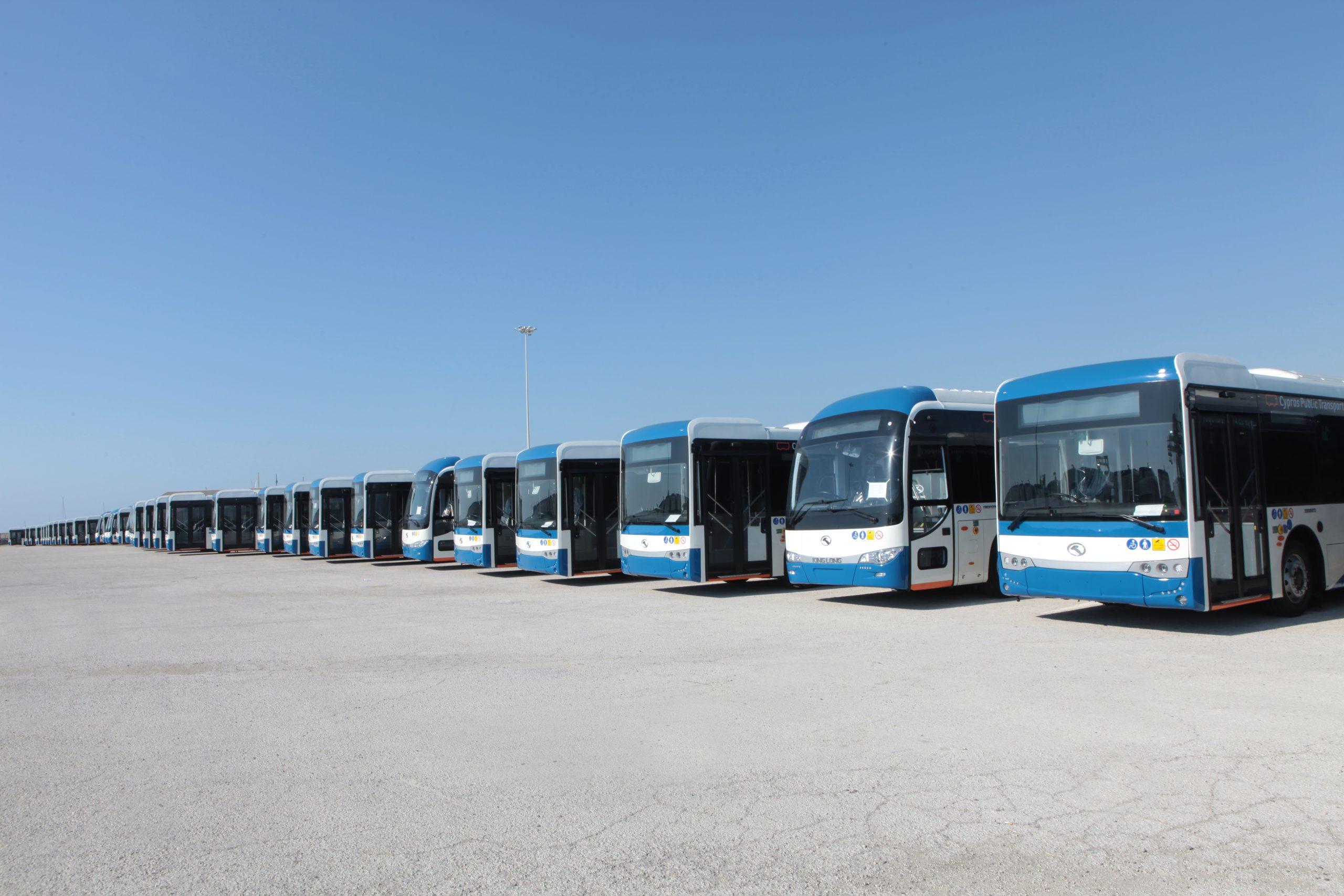 If you do not like public transport, you can use the taxi service. It's possible to find a taxi driver at any time of the day. At airports, you should contact specialized taxi stands. The transfer cost depends on the travel distance. On average, the price for a trip from Larnaca airport to Limassol is EUR 60-70. The price can be higher if the route is difficult or a VIP taxi is required.

Buses are the cheapest means of transport to travel throughout Cyprus. They are quite comfortable, modern and clean. They are equipped with air conditioners, so the trip will not cause discomfort during the hot period.

Each city of Cyprus has an extensive network of urban bus routes. In Cyprus, buses run strictly by the hour, so you can plan your route in advance and calculate the right time for the trip.

Travel on the Cyprus urban bus is free for the following categories:

It is better to have coins to pay for a one-time ticket for travel, as sometimes drivers cannot change large bills.

For more information on the urban bus routes (if you need to plan your route in detail) see the official website cyprusbybus.com

Intercity bus services are provided by several transport companies. The most famous are Cyprus Intercity Buses and Travel & Express.

The company operates intercity trips in Cyprus and runs along the route. With rare exceptions, almost all buses are green, so it is very difficult to confuse them with other companies. 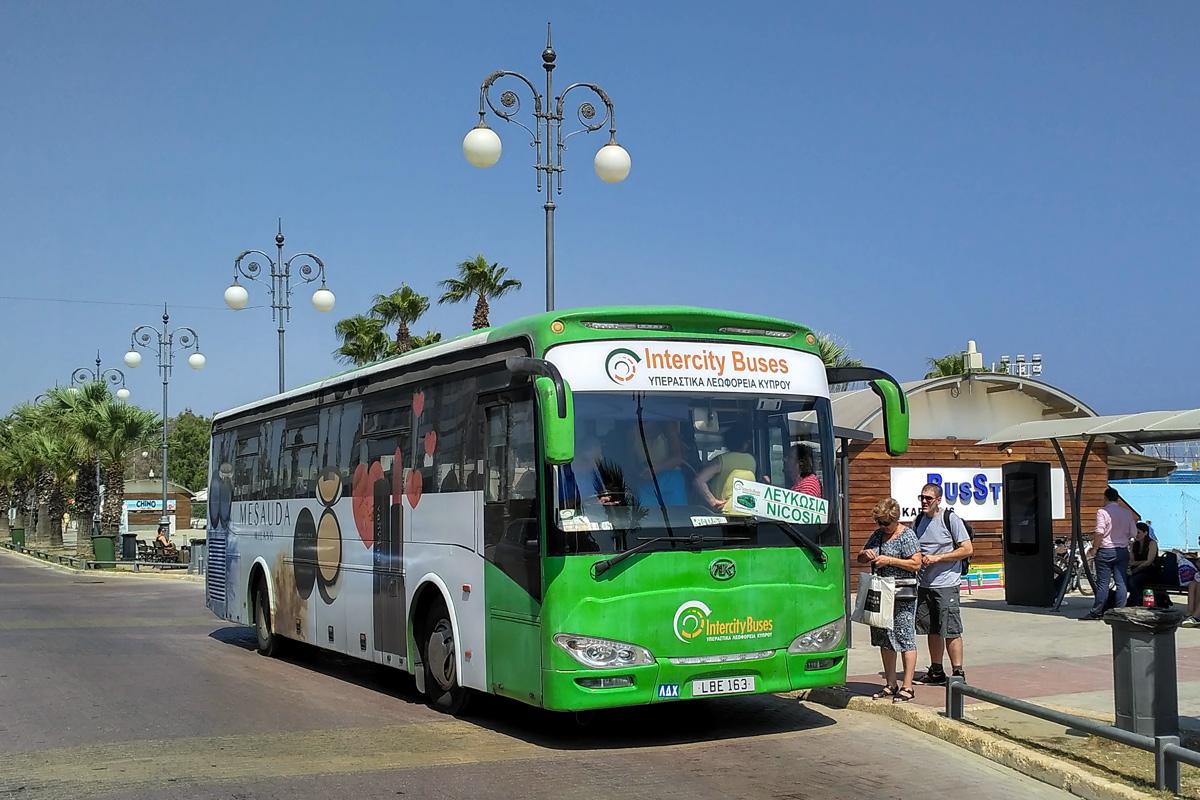 Intercity Buses offer single-trip tickets as well as long-term travel cards from a week to a year. 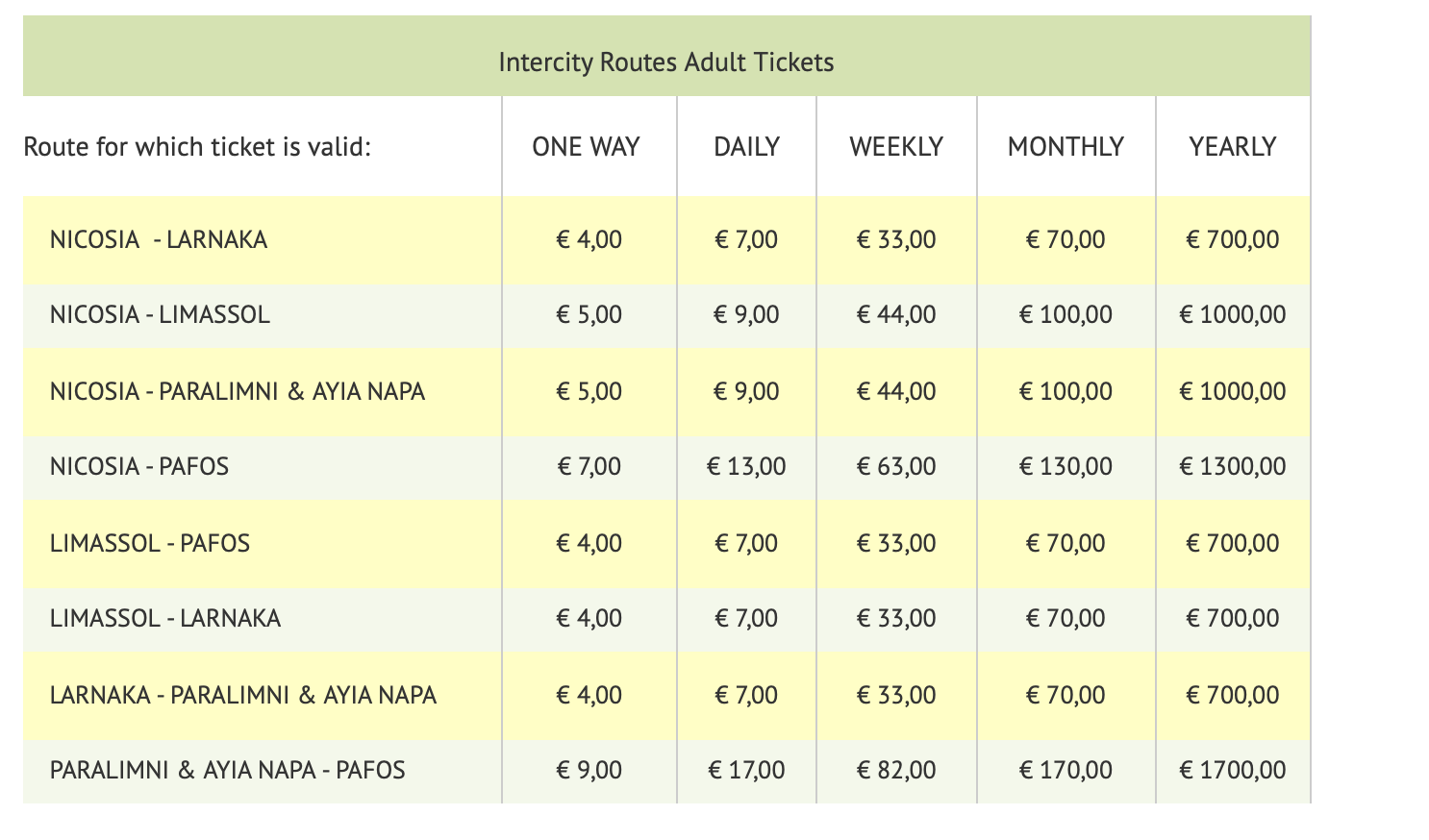 Bus timetables and routes are available on intercity-buses.com

The company provides courier delivery services in Cyprus, as well as private and shuttle transportation of passengers. The main advantages are comfortable minibuses that pick up the travelers from anywhere and take them to the desired address in another city. 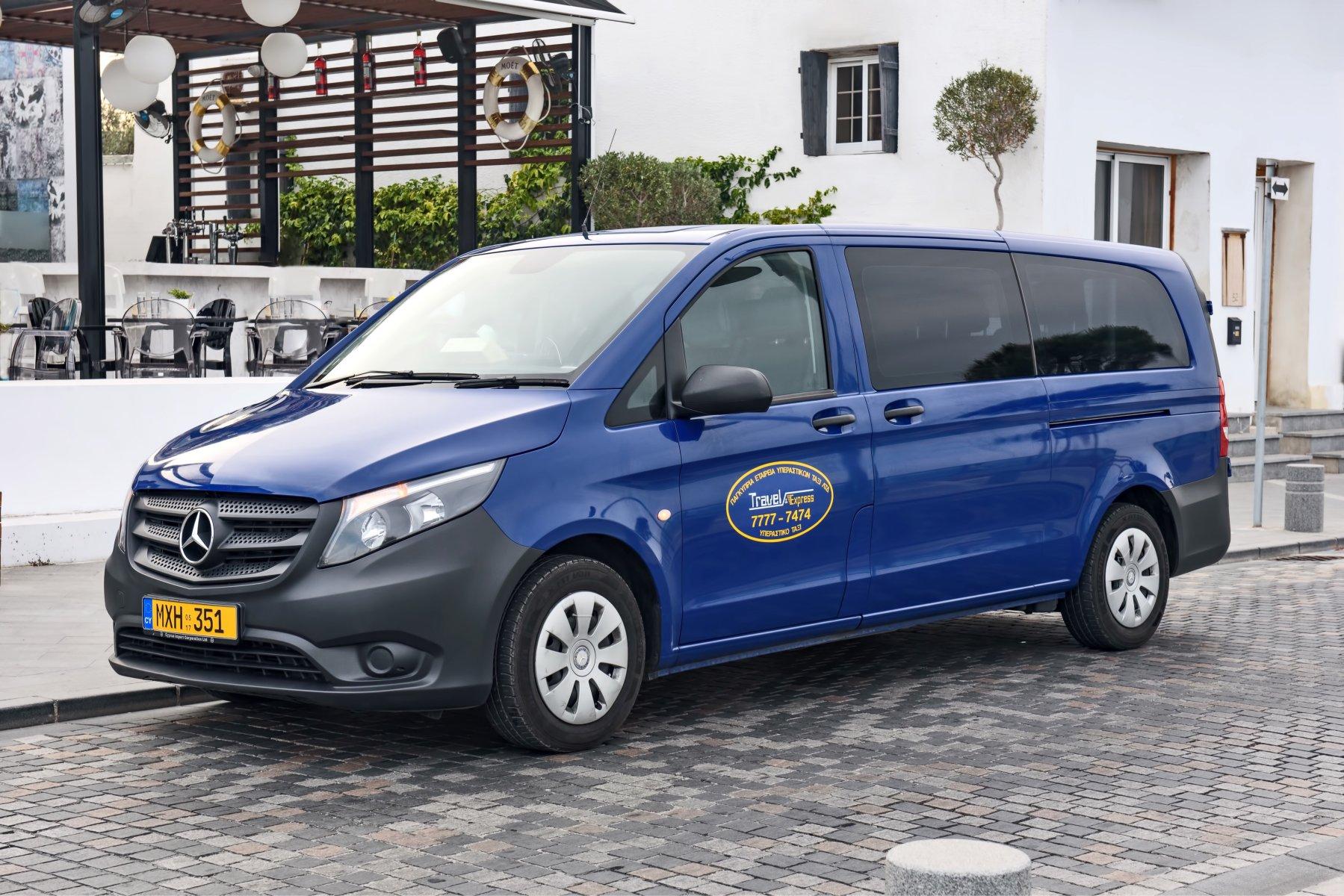 You can order the service and get acquainted with the tariffs on the company's website: travelexpress.com.cy

There is clearly no lack of taxis on Cyprus. Their services are provided by both agencies and drivers working alone. A characteristic feature of Cypriot taxi drivers is that they mostly drive a luxury car, unlike European taxi drivers. Therefore, the trip is quite comfortable. The cost of different drivers and agencies may differ, depending on the car and the distance to the destination. You can travel alone, with a company, or with children anywhere on the island, you just need to learn the price first!

Taxis can be found on the streets of the cities. You can just stop any vacant car which is passing by, or contact the taxi company, and also you can use the phone application, Bolt.

Cyprus, like any other tourist country, boasts a huge number of car rentals, ready to provide almost any car from Toyota Yaris to Lamborghini Huracan, of course at the agreed amount . And in general, there was an opinion that there are much more cars in Cyprus than people, since each family has several vehicles and everyone uses cars: from teenagers to old people.

Anyone who has local, European or international driving license can rent a car. The rental price usually includes insurance. Gasoline is charged separately.

The average cost of gasoline for September 2020 is:

Recently, the CarSharing service has been gaining popularity on the island. After installing the application on your phone and passing the authorization, you can get a car to rent for a couple of minutes, hours or days, as you like. 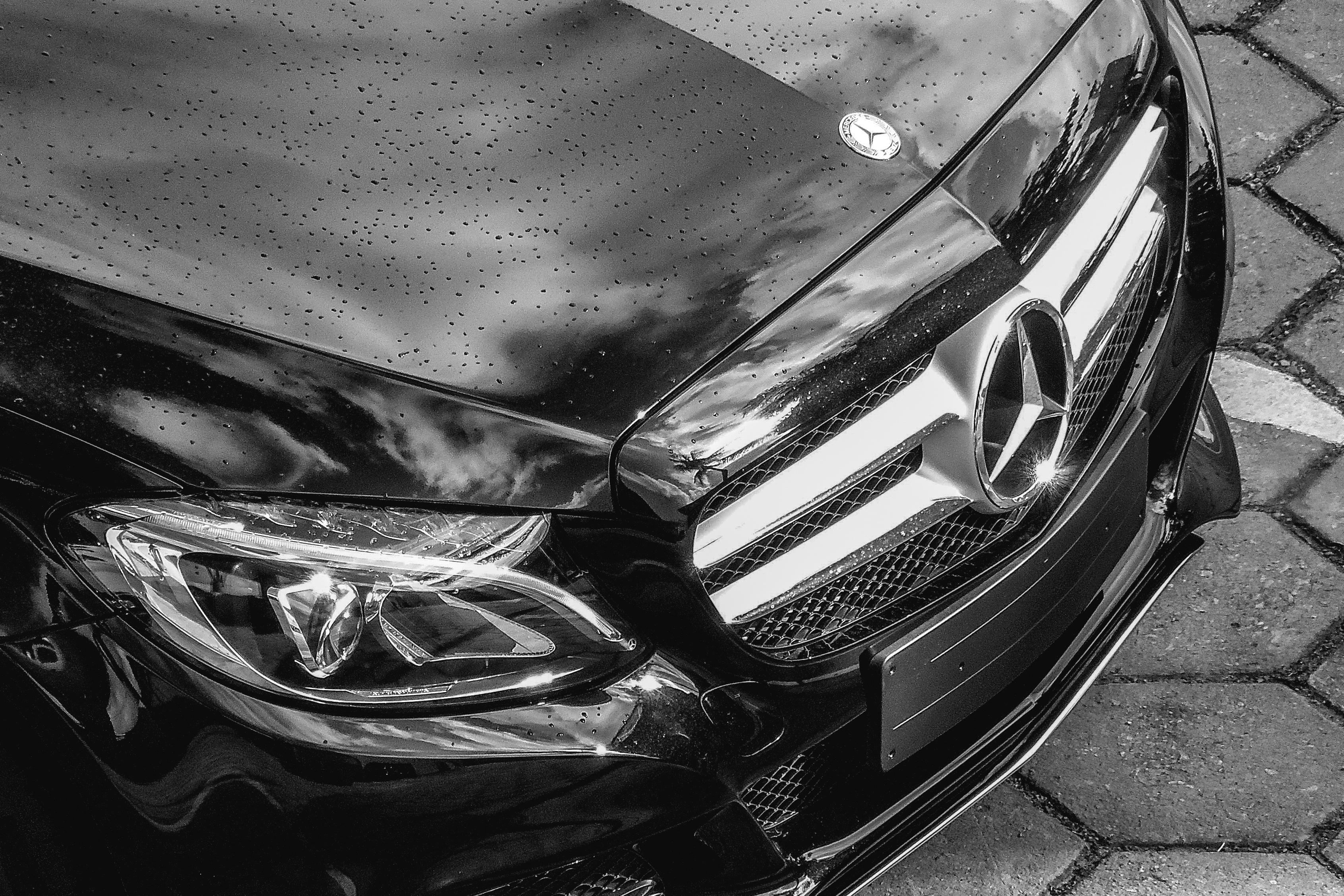 We can summarize that there are no problems with moving throughout the island.

In Cyprus, everyone can easily find a convenient way to get to any destination, even if they are a student, a family, a romantic couple, or a successful businessman!