Cypriots (as well as any other southerner) adore festivals. There are a lot of different festivals in Cyprus! There are large-scale events which the entire island knows about, and small festivals known only in a few villages.

Yep! This festival is dedicated to an alcoholic drink, but children can also participate in it! There are separate entertainments and contests for kids. The festival lasts 10 days and includes many events. Artists performances are held at several scenes as well as master classes for children and adults. Here you can always listen to music and dance. 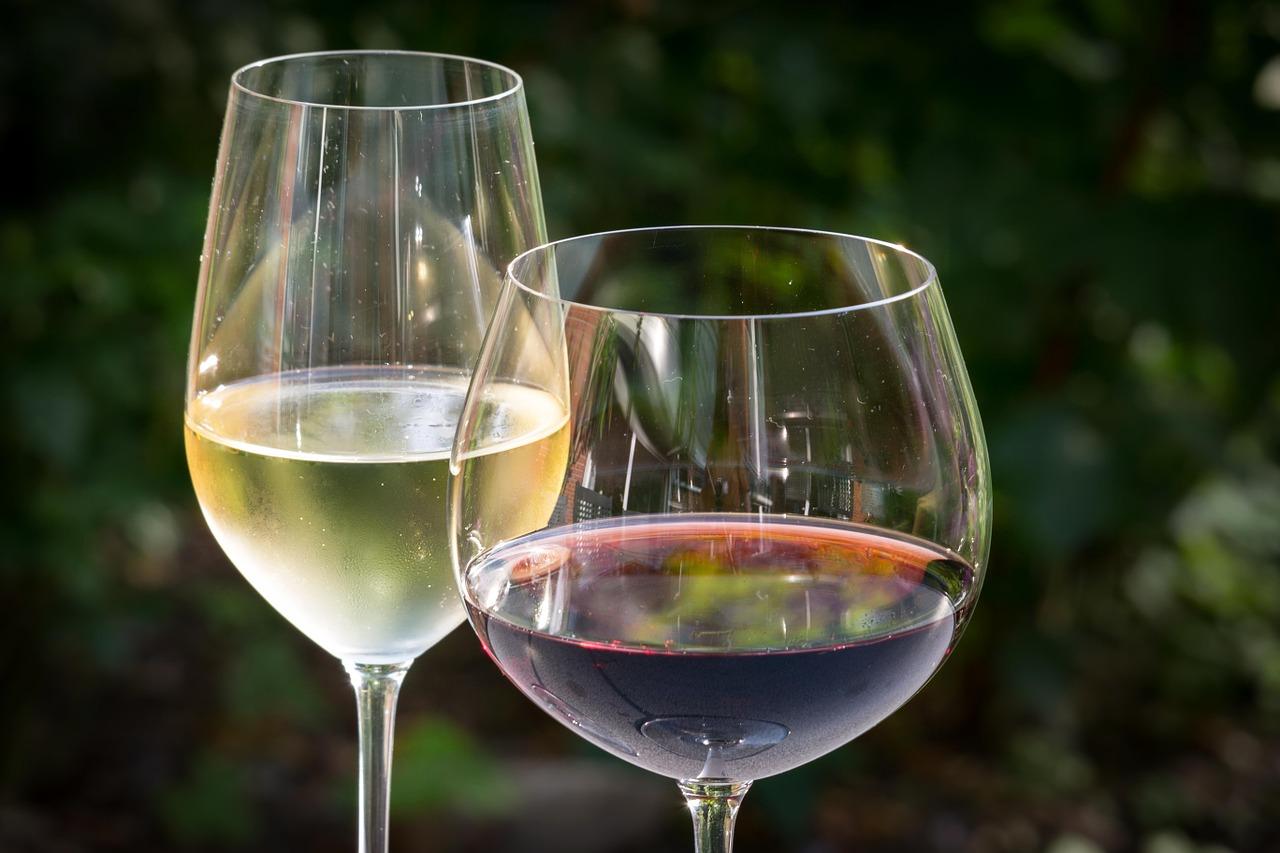 But the most important event of the festival is, of course, the tasting of local wines. Here you need to pay your attention to Commandaria! Although... white Cypriot wine is great too. Usually wine here is "young" and light, made fr om sweet grapes.

When: the last weekend of August - early September.

Although beer is not the Cyprus national drink, this drink is celebrated at a number of festivals! They take place in different cities of the island and last several days!

1. Beer Festival Paphos. It is held at the end of July in Paphos, near the Medieval Castle and Harbor. The festival lasts 3 days. Here you can find a variety of beers, ales and ciders fr om Cypriot and Greek private breweries. However, some imported beer can also be found here. 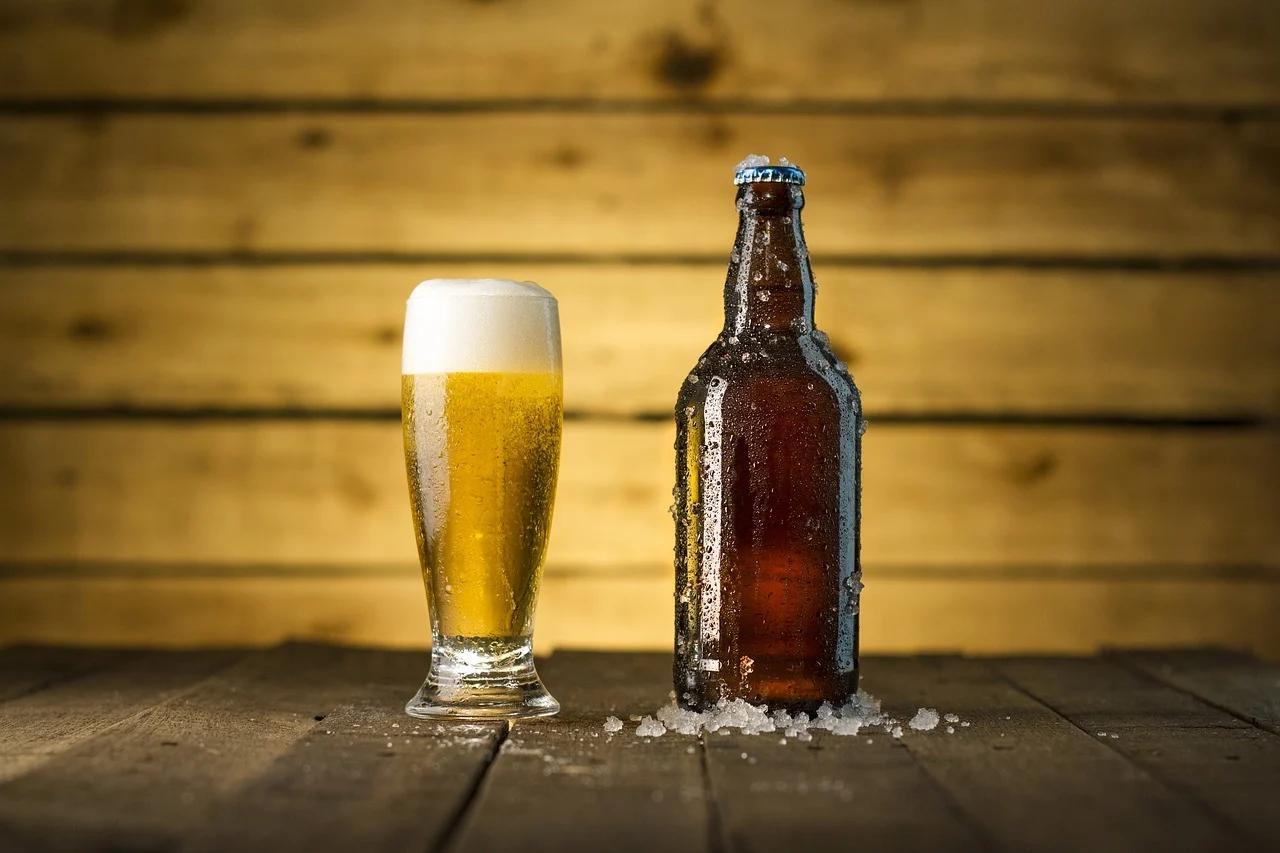 2. Septemberfest in Nicosia. It is held in various places in Nicosia in September, sometimes it can start in late August. The festival's duration is 6-7 days. All the week it is accompanied by music of different styles and trends.

3. Beer Fiesta in Limassol. This festival is held in late July and early August and lasts for only 3 days. The main activity here is tasting Cypriot and imported beer. You can also taste plenty of national dishes and listen to live music.

For each big flower season, the Cypriots have their own festival, but Anthesteria is the most important. This is a very big event which was created in antiquity.

With this festival, Ancient Greeks thanked the god Dionysus for the fertility and resurrection of nature after winter. And now, in fact, nothing has changed. People enjoy the sun, spring and the beautiful gifts of nature. 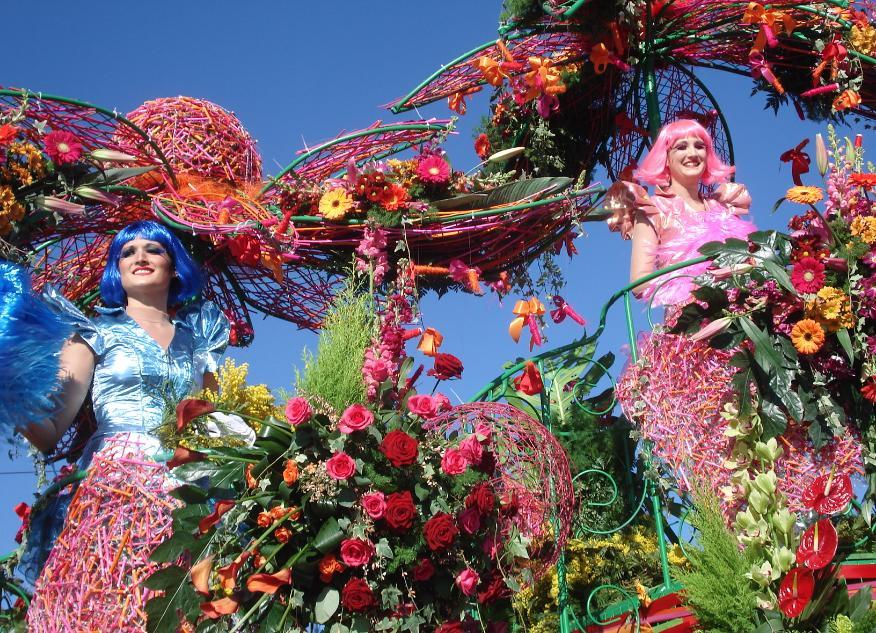 The festival lasts only for one day... but it is held in all the cities of Cyprus! Fairs, contests and master classes for children and adults are held on the central streets. People can buy local garden flowers at very low prices.

Anthesteria ends magnificently, the Flower Parade is moving through the streets! There are carts decorated with flowers! And at the end of the evening, there is a real fireworks display of flower petals.

Where: in all cities of Cyprus.

When: early to mid-May.

Another big flower festival in Cyprus, which attracts hundreds and thousands of guests! It takes place in Agros, during the flowering of the most fragrant of all roses, the Damask rose. 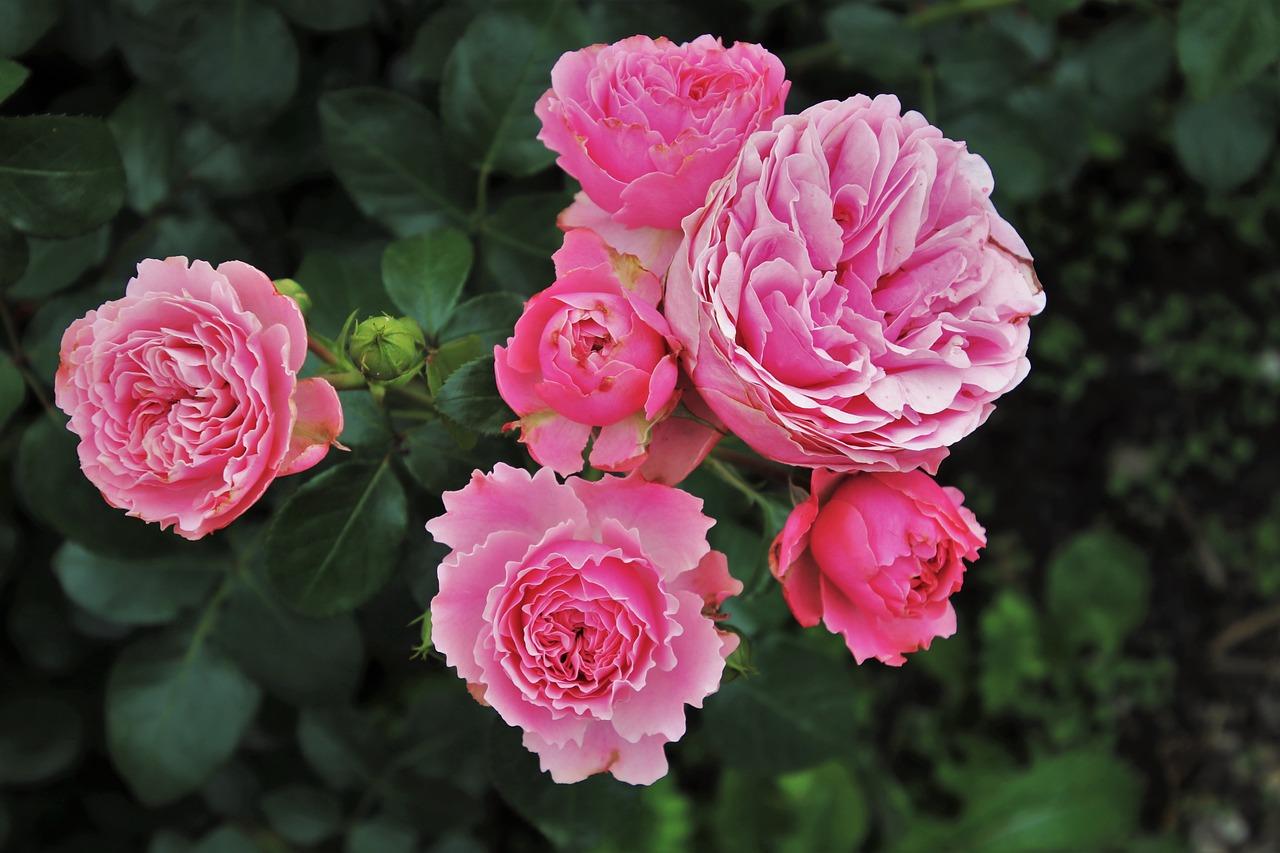 In addition to entertainment, tastings and a fair, guests can participate in the early morning petal gathering. Here the participants are also told about the technology for processing petals and the products that are obtained from them. It's not just rose oil: in a shop near the factory, you can buy cosmetics with rose extract, rose tea and even pink liquor.

If almonds have already bloomed in Cyprus, then spring has come! The fact is that almonds are one of the first flowers to bloom. And they look very beautiful, no worse than the cherry blossom advertised in Japan! 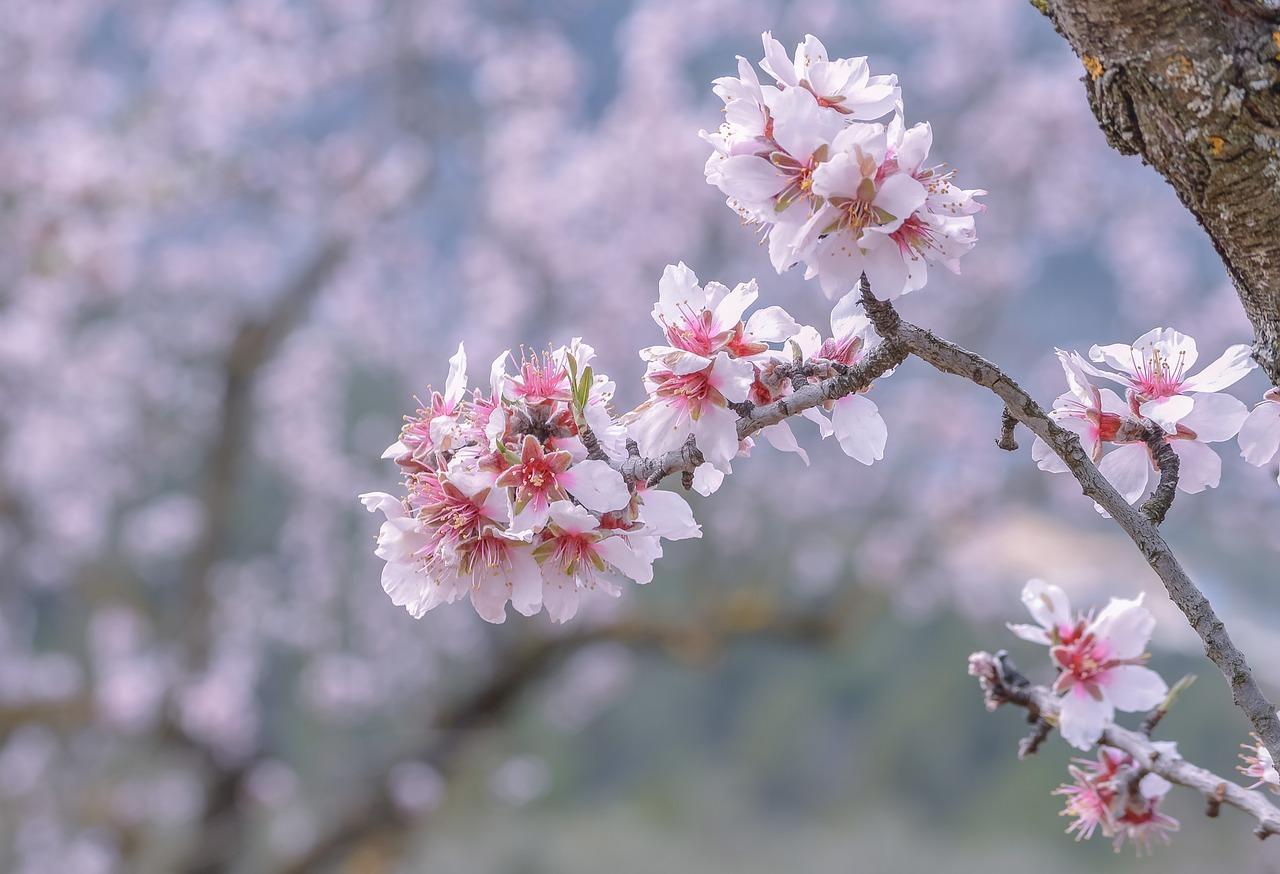 Traditionally, guests take pictures on the background of soft pink trees, taste Cypriot treats and even learn how to cook them. And, of course, they buy products with almonds: from the nuts to cosmetics.

When: end of February.

There are several similar festivals. Why? Because the mountain lavender blooms 2-4 weeks later than the lavender that grows on lowlands.

The first lavender bloom in Cyprus is celebrated at the Cyherbia Botanical Park in the village of Avgorou. This botanical park is a real miracle, you can come there not only for the festival, but also just for a walk. The aromas in the park are indescribable. 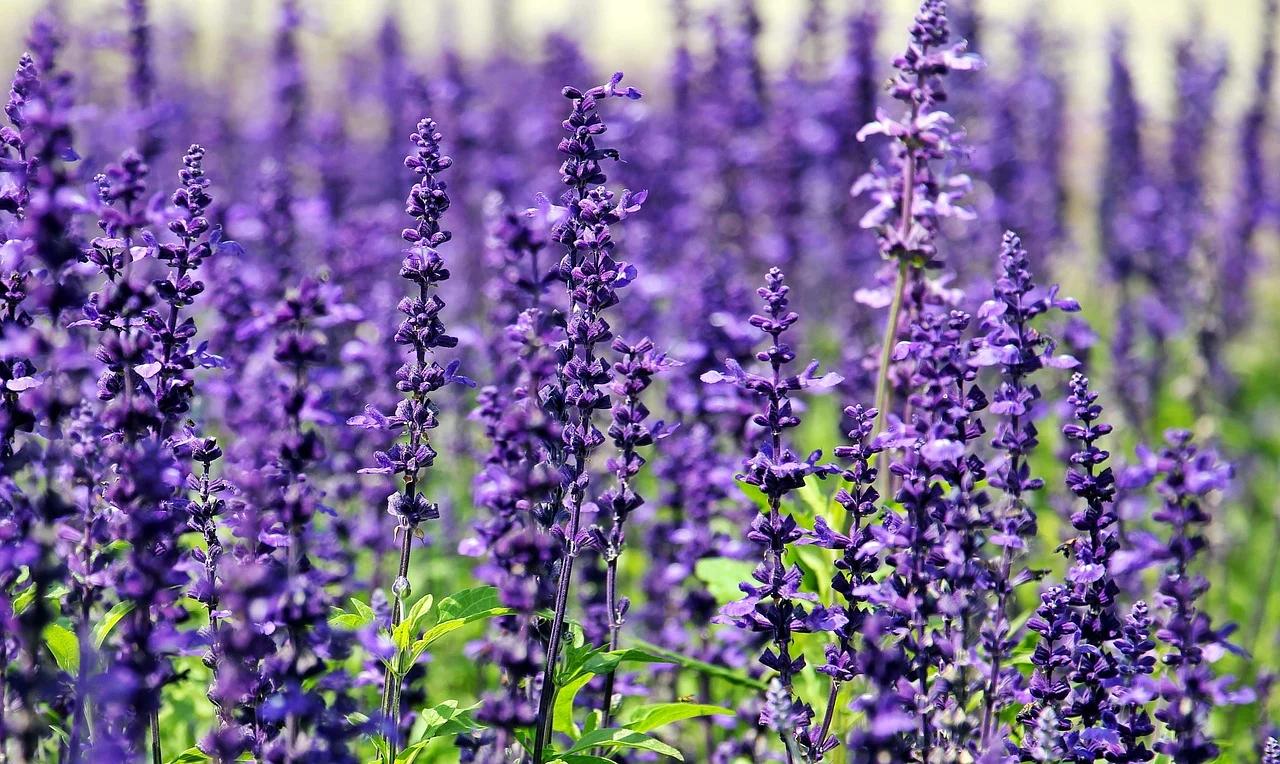 During the second bloom (of mountain lavender) there is a festival in Platres, a very beautiful place in Cyprus. This is one of the oldest and most picturesque villages on the whole entire island. Definitely, at least one of these festivals should be visited!

When: mid-June, in the mountains - early July.

In Cyprus, locals love not only flowers, but also berries! Therefore, the ripening of fruits is celebrated here with the same pleasure. One of the most delicious events is the Strawberry Festival. 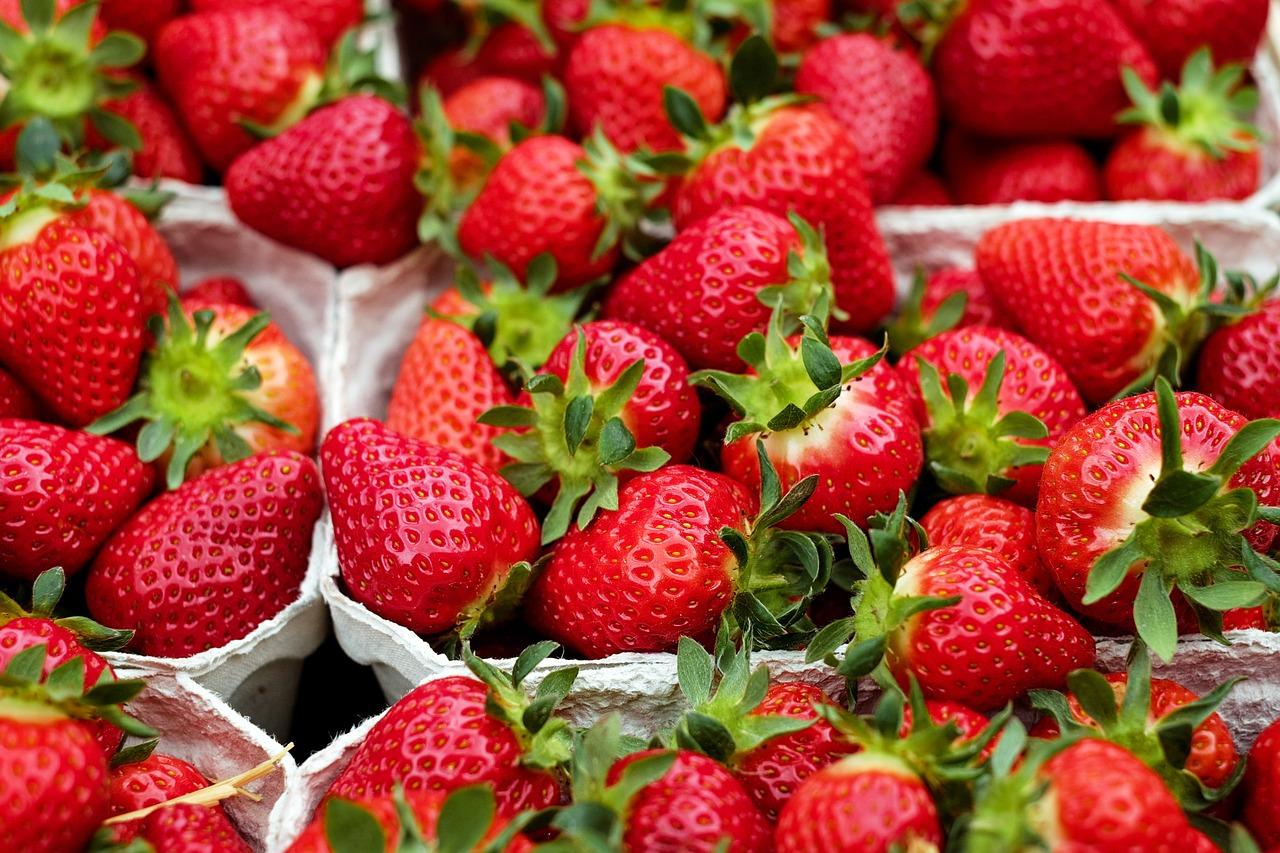 It is held once every two years! Strawberry treats are waiting for guests. Fresh berries... strawberry liqueur for adults... strawberry ice cream for children! As well as performances by folk ensembles and local artists.

Where: Derinya village in the Famagusta region (on the border with Northern Cyprus).

When: end of May.

If strawberries in Cyprus have one place for celebrations, the cherries are celebrated throughout the island. In each village, during the period of cherry ripening and even flowering, They hold their own small festivals, which always turn out to be cozy and very traditional. 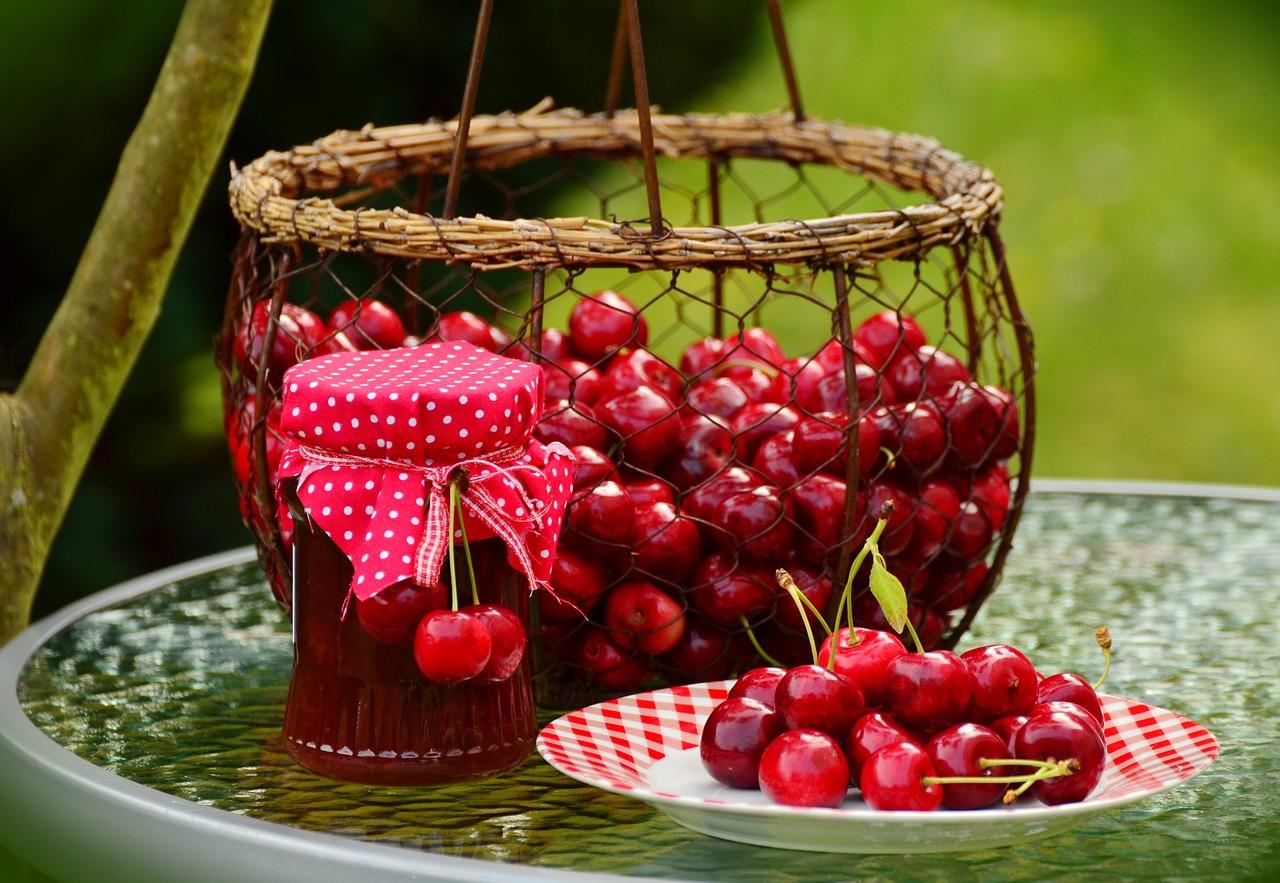 Cherry sweets are prepared for children, fruits and berries and national dishes are for adults. Everything is accompanied by music, master classes, a small fair and a warm mood.

Where: in the villages of Cyprus.

Of course, you cannot survive without watermelons in hot summers! That is why the Frenaros village hosts an annual watermelon festival.

Its highlight is not only fresh watermelon, but also its “derivatives”. For example, it is worth trying the unique dessert "glyko tou kutaliou", a jam with nuts. Yes, and jam is also made from watermelons! 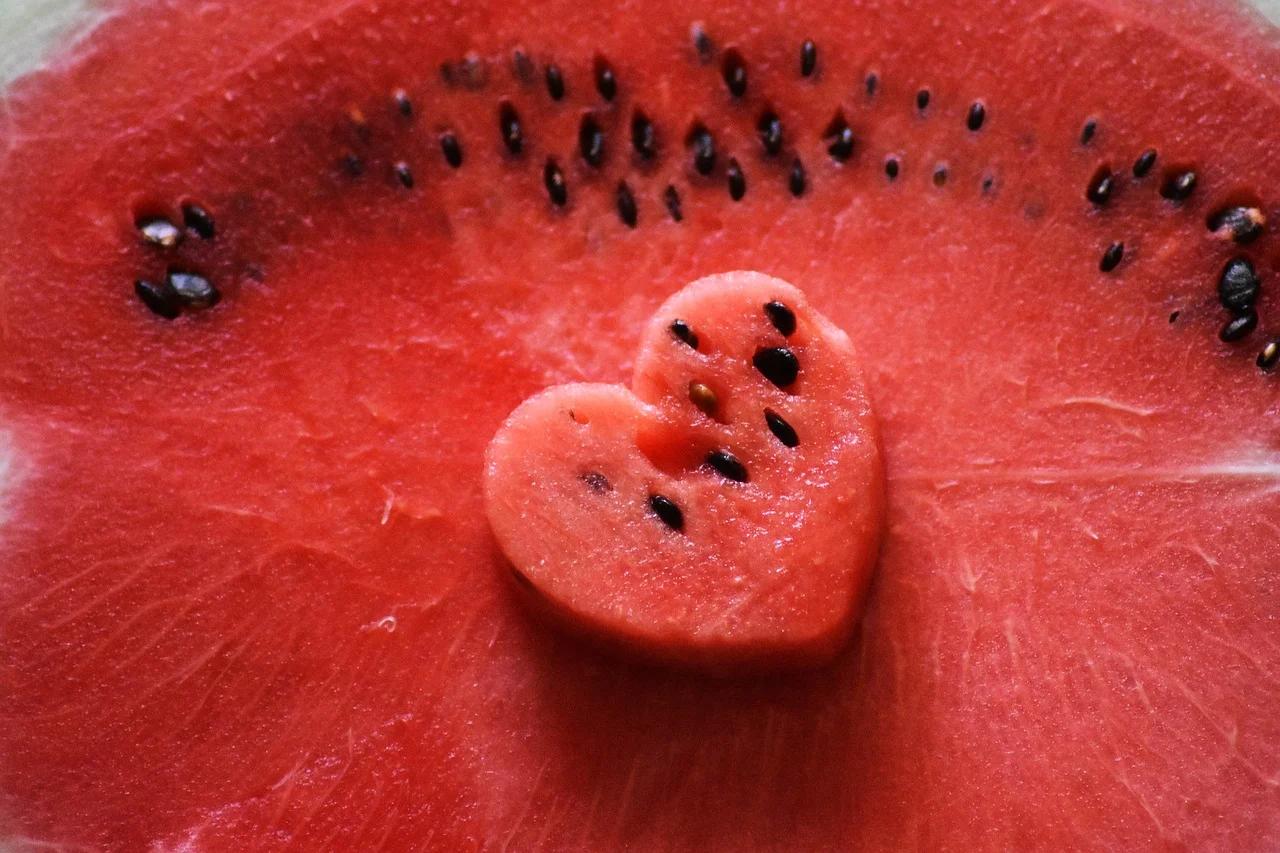 By the way: although the festival is dedicated to watermelon, halloumi cheese can be found in abundance there. Why? Because Cypriots love to eat delicate cheese with a bite of watermelon! And they will gladly teach this technique to their guests.

Where: Frenaros village in the Famagusta area.

A young, but already popular citrus festival. In Cyprus, mandarins appear in winter and persist until March. Therefore, as soon as it gets warm outside, people rush to organize outdoor mandarin festivals. 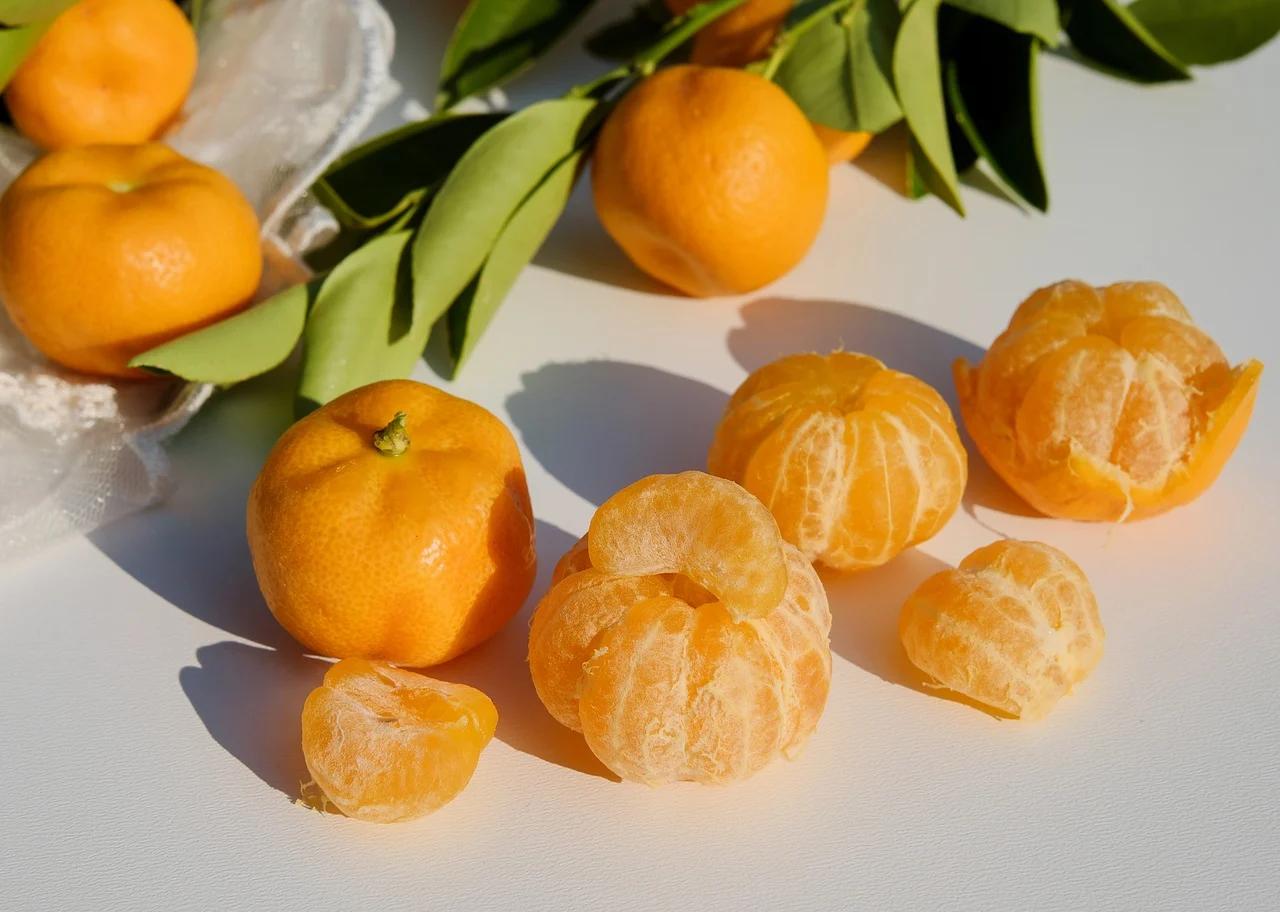 The event has everything the guests need: live music, many traditional treats and entertainment for adults and children. And you can also take away a delicious souvenir from the festival.

Where: the village of Dierona (Limassol district).

They know how to make sweets in Cyprus and they love to make them. Paseli are sesame seed candies. These fruits are processed into powdered carob, from which traditional marshmallow is cooked without adding sugar. Because the carob is sweet! This is how a healthy treat turns out. 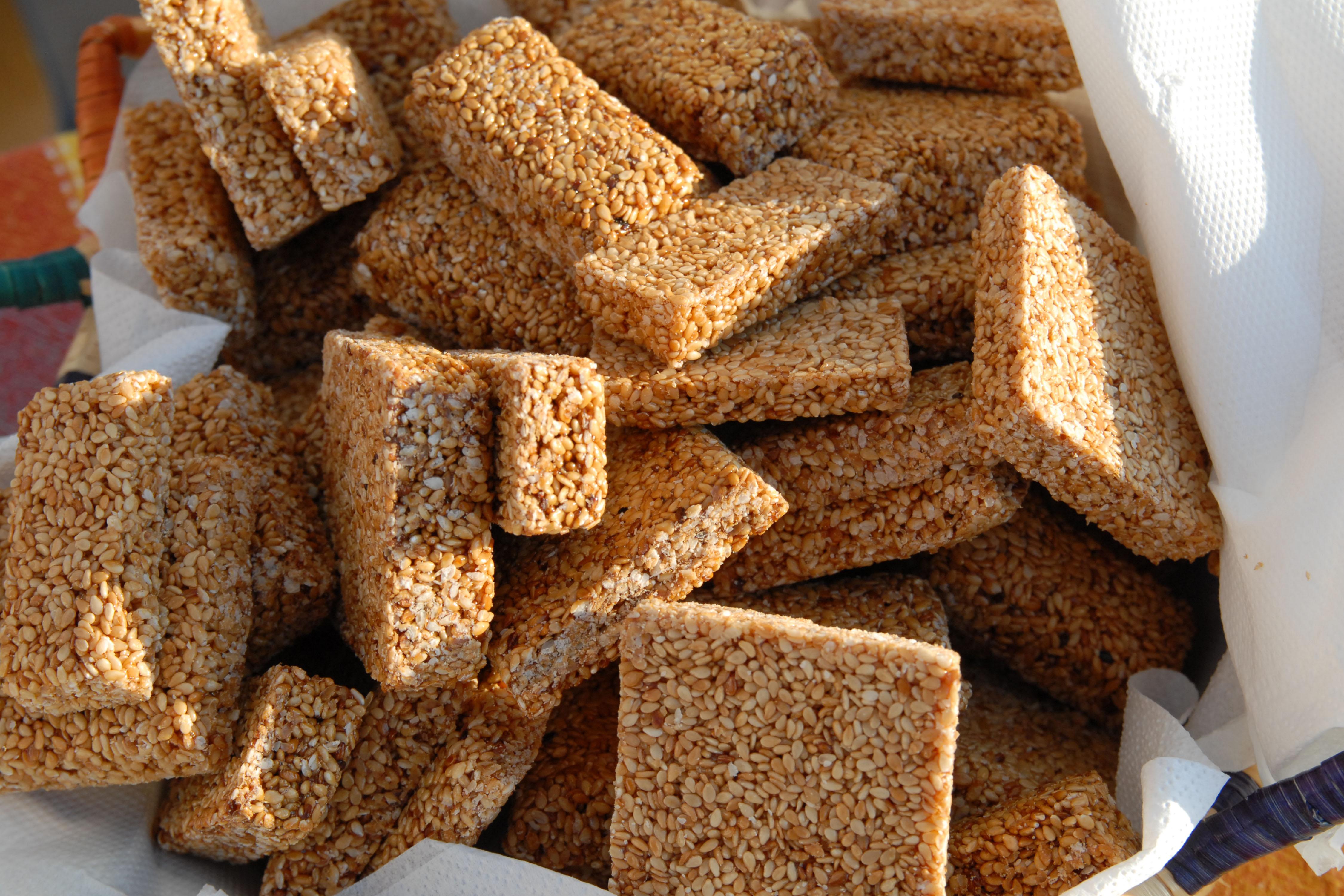 Often nuts, seeds and sesame seeds are added to pasteli. It turns out a kind of soft gozinaqi! You need to be careful, because it quickly conceals. That is why it is produced in the cool season. For the same reason, the festival takes place in the fall.

When: early or mid September.

This is an international festival wh ere you can listen to classical music from world performers throughout the week. For Cyprus, the Pharos festival has long become one of the most significant and eagerly anticipated events. 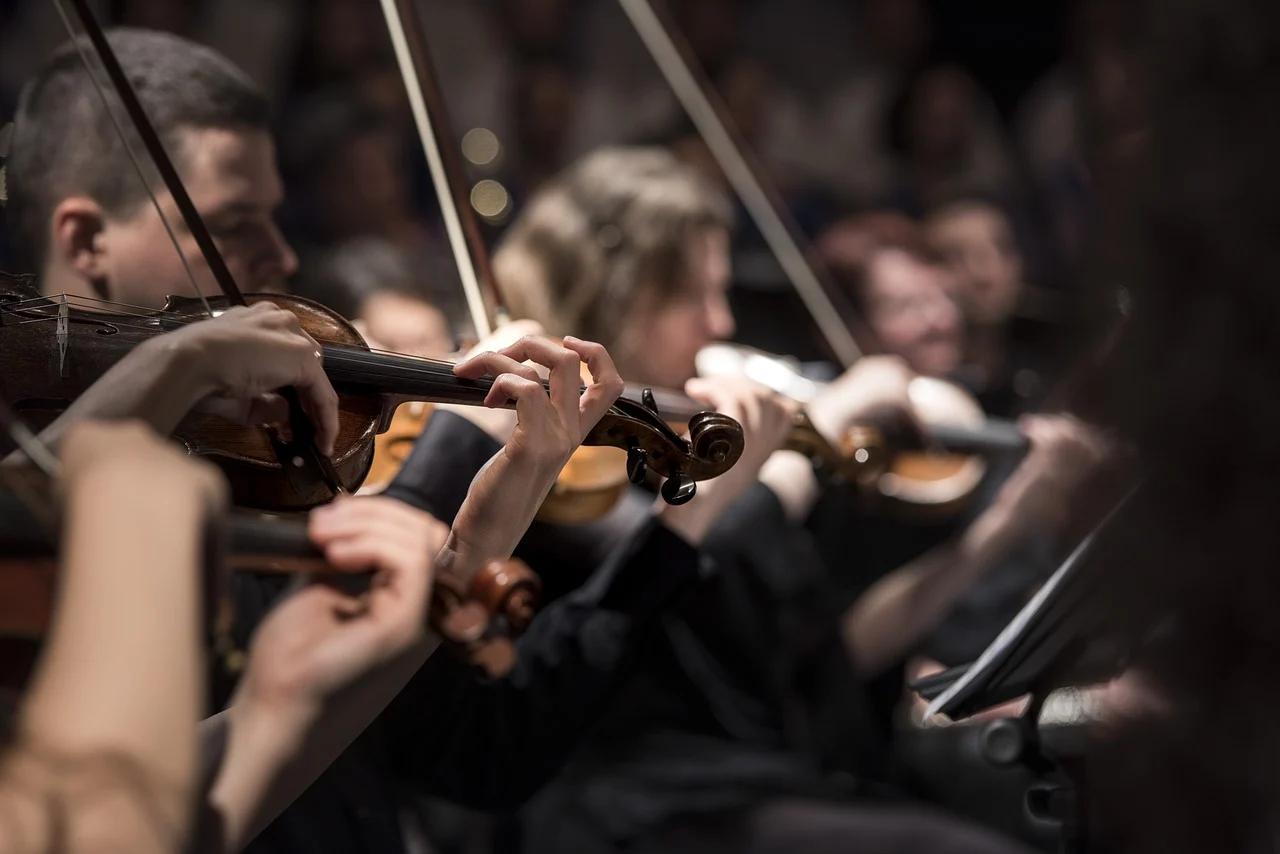 The festival is interesting as it is held in two places at once: in the concert halls of Nicosia, and later in the open space in Kouklia, among the ancient ruins. All this is very colorful and unforgettably beautiful!

Where: Nicosia and the village of Kouklia.

When: last week of May.

Graffiti artists are waiting for this event like no other! At this festival they can freely create and transform the boring stone walls of the Old City into a bright and blooming field of paintings. Yeagh, anyone has the right to take a paintbrush / roller / aerosol spray can and create their artwork. 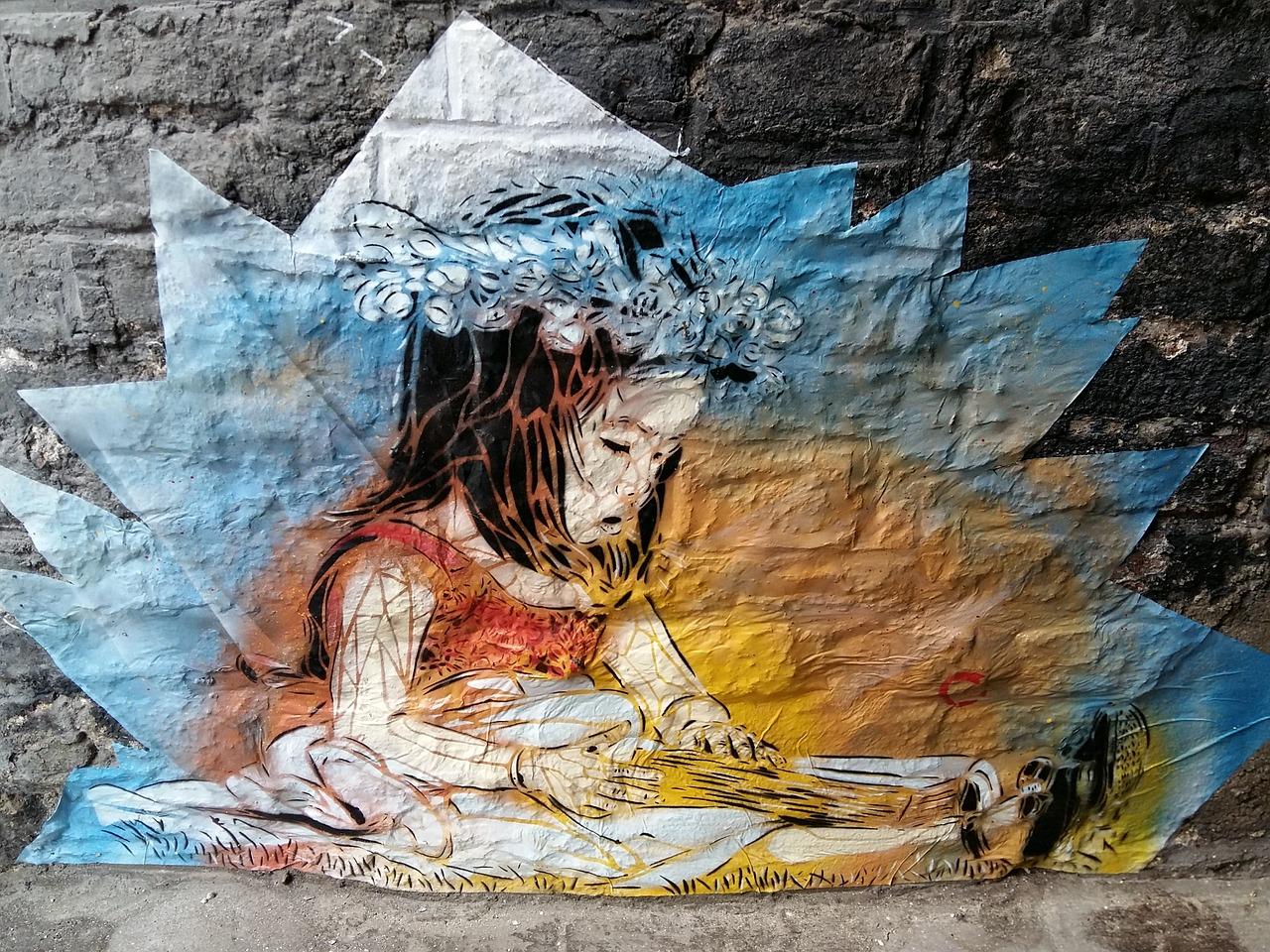 However, even non-artists are interested in seeing the transformation of an entire street. Also tourists visit and observe places that have already been colored. All in all, the idea to make a living art gallery out of the city center was great!

Where: the historic center of Limassol.

This is a Pancyprian festival associated with a religious holiday of Spiritual Day, which immediately follows the Holy Trinity. Kataklysmos always falls on Monday, which is traditionally a day off in Cyprus.

People go out into the streets and... have fun, pour water on each other and fire water pistols. Services are held in churches, and then the priests consecrate the water, as for Baptism. Fairs are held on the main streets. In the evening, fireworks light up the cities. 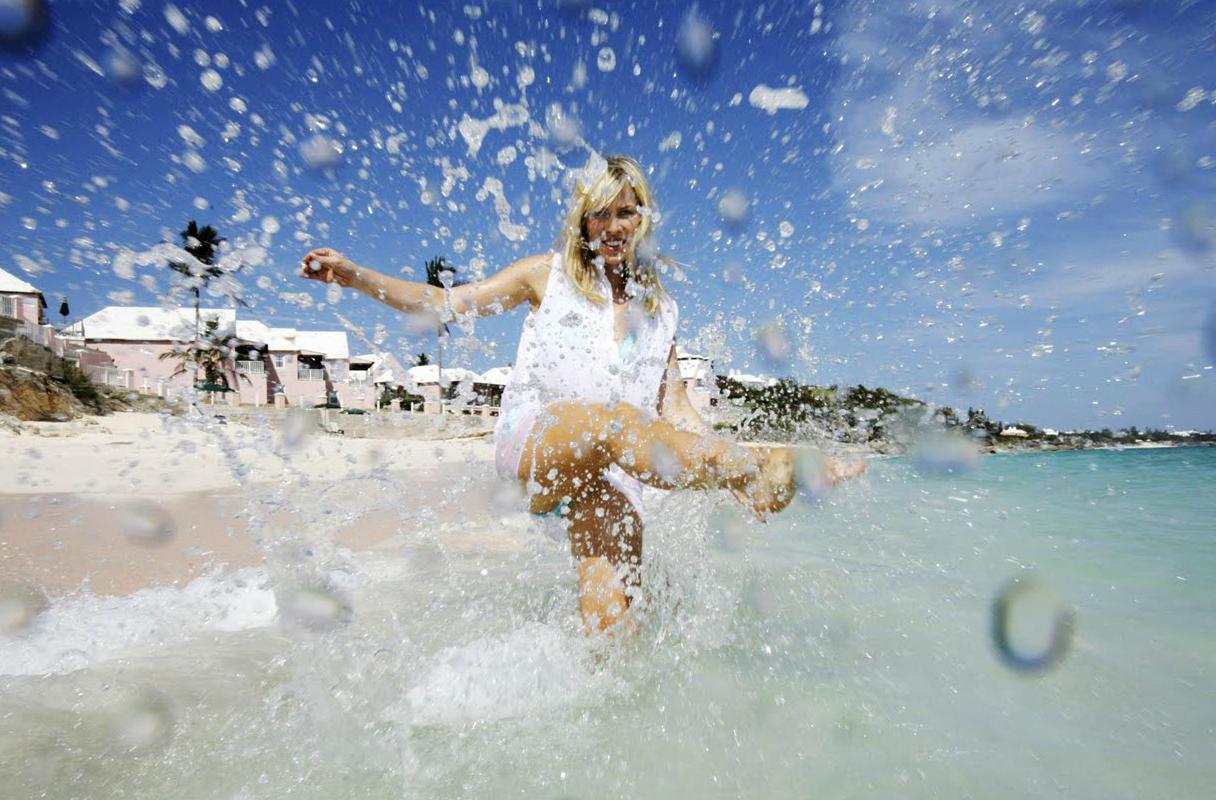 In general, the idea of ​​the Cataclysm is purification with water. Therefore, Cypriots try to get wet on this day! If not on festivities, then they go to sea. In any case, everything happens here in a very relaxed and fun way.

Where: all the cities of Cyprus, the largest activities are held on the Finikoudes embankment of Larnaca.

When: Spirits Day (50 days after Easter).

If you can visit at least one Cypriot festival, it is already good luck! This will form an opinion about the national character of the islanders and you will have an opportunity to plunge into a completely new atmosphere.

Come to Cyprus for the holidays... or even longer! You can easily rent a house using the DOM real estate portal in Cyprus, wh ere there are many options for long-term rent.