Banking in Cyprus has long been the priority areas of the developing offshore sector of the country's economy.

However, insufficient diversification of Cypriot banks' assets led to a crisis in the whole banking system.

We will discuss this below. 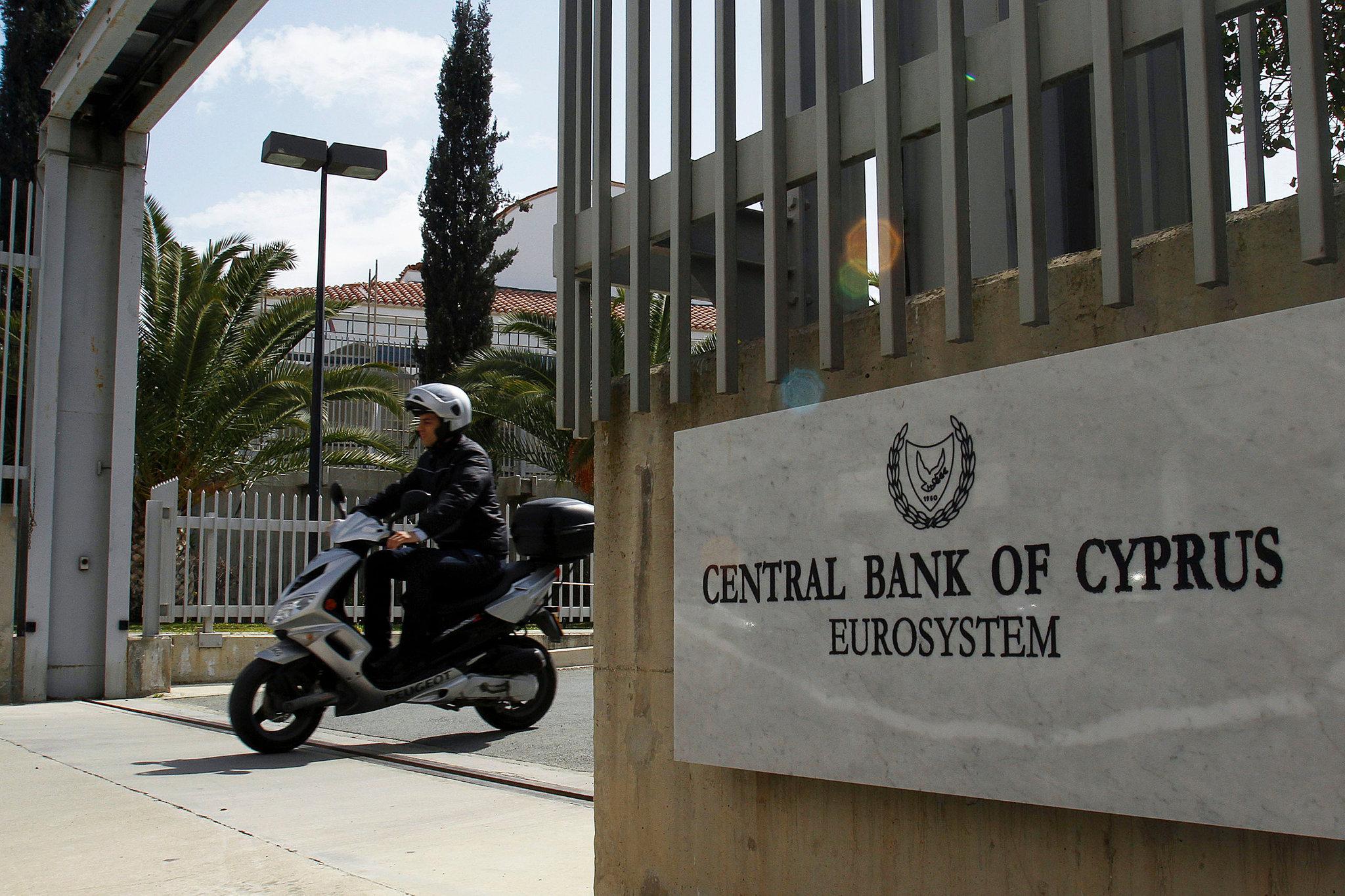 Friends and foes in the Cyprus financial services sector

Which banks are local, and which ones are the branches or representative offices of international banks?

The latter had until 2014 an extensive network of 93 cooperative banks, lending to the population at their discretion. After the crisis, the Central Bank of Cyprus took control of this structure and de-facto formed the new Cyprus Cooperative Bank.

Banks in Cyprus (in alphabetical order): 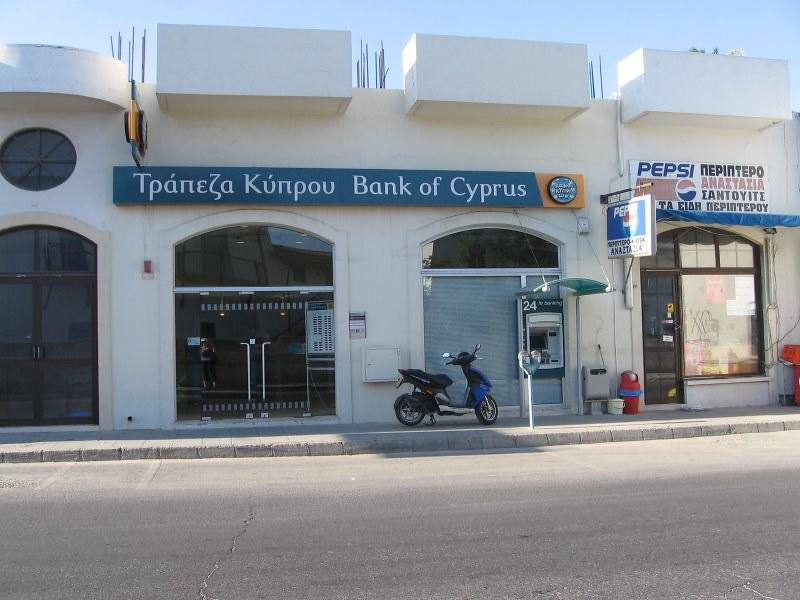 Causes of the 2013 crisis in Cyprus. What led to the haircut on deposits?

At the beginning of 2013, there were 26 banking systems from different countries on the territory of the Republic of Cyprus. Their accounts had an amount of money equal to 835% of the country's GDP (while the European average number was 354%).

835% of the country's GDP or €68 billion. Interest reached + 4.5% per annum. About € 38 billion (55.9% of all deposits) were in 'rich' accounts (which had over €100,000). The maintenance of such a disproportionately huge amount has become an unbearable burden for the republic with a population of 0.84 million people.

The largest banks in Cyprus, among the 26 represented above, were Bank of Cyprus and Laiki Bank. They also had branches abroad, primarily in the UK and Greece. 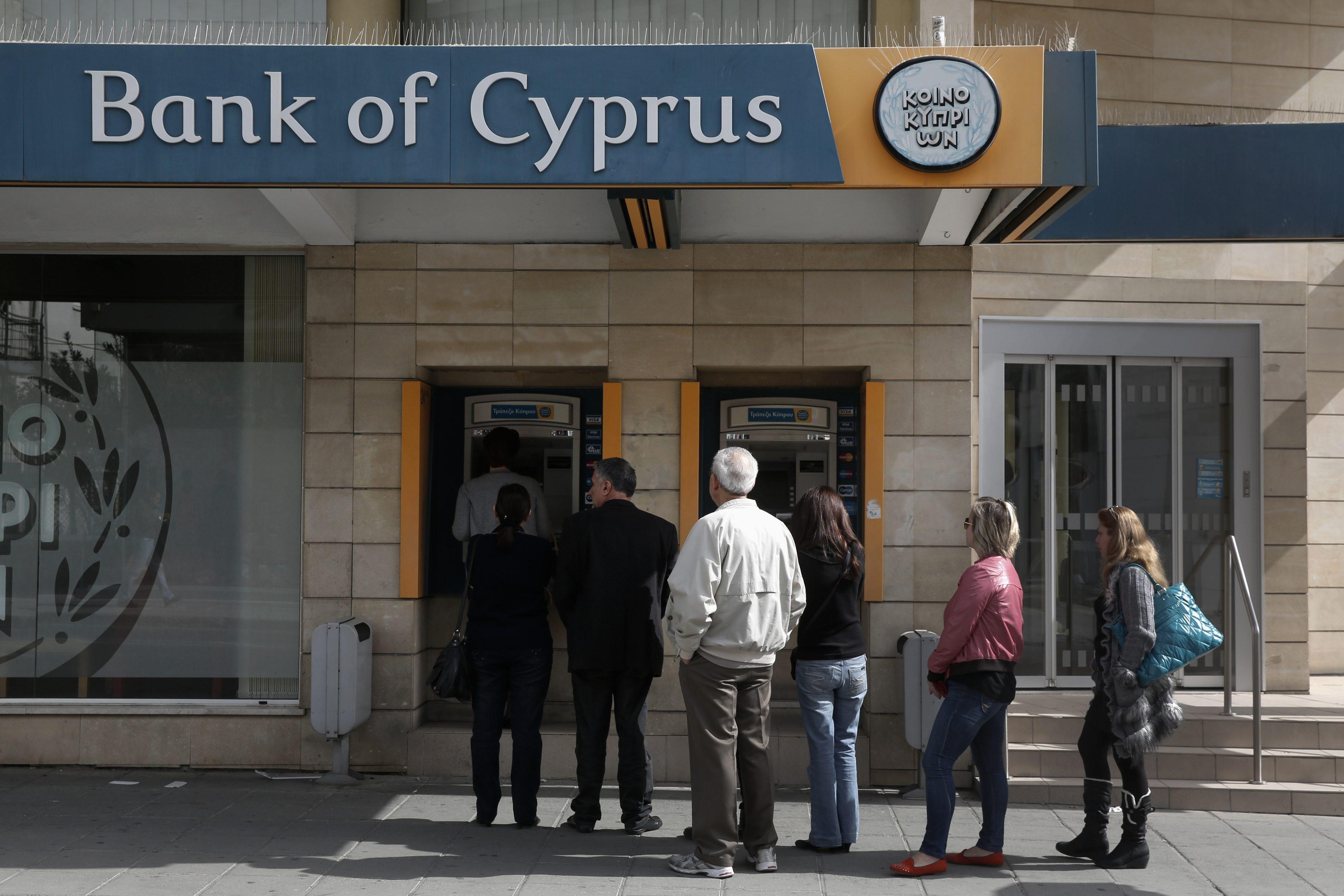 Before the beginning of the crisis acute phase in 2013, the banks of the island tried to transfer capital coming from outside in two unstable sectors of the economy. 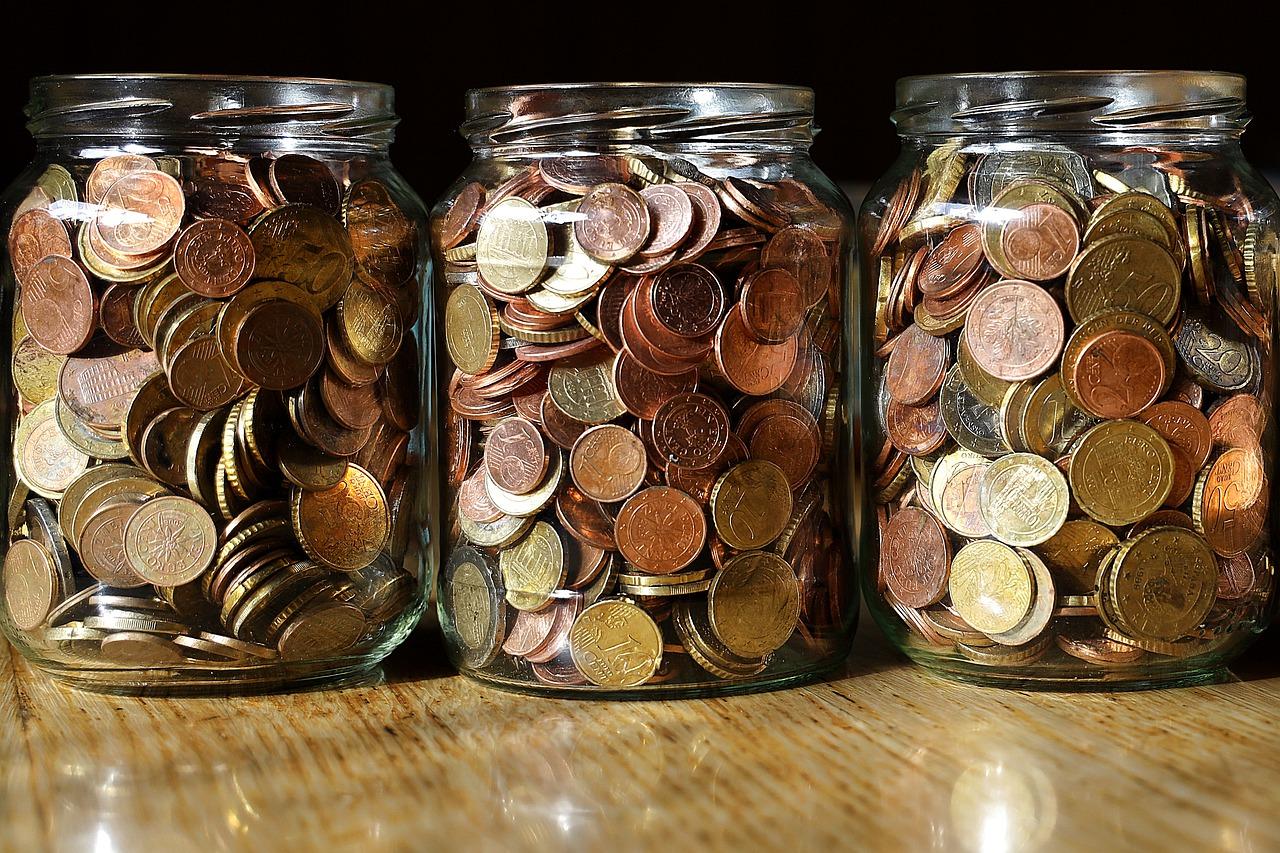 Here's what is noteworthy: until 2013, the Greek problems affected the banking system of Cyprus positively, as the Greeks were afraid of problems in their homeland and transferred their savings to the banks of a friendly island. From 2009 to 2012, the Greeks withdrew 11% of deposits from their native banking system. At the same time, Cyprus had an increase in deposits by 15%. 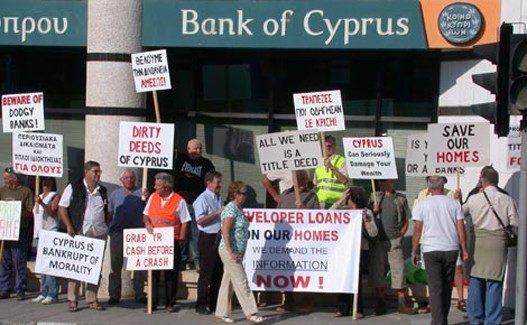 Then everything went wrong. After the partial default of Greece in March 2012, Europeans decided to save Greek banks. The three lenders: the IMF (International Monetary Fund), the ECB (European Central Bank) and the EU (European Union) have transferred €18 billion into the Greek banking system. 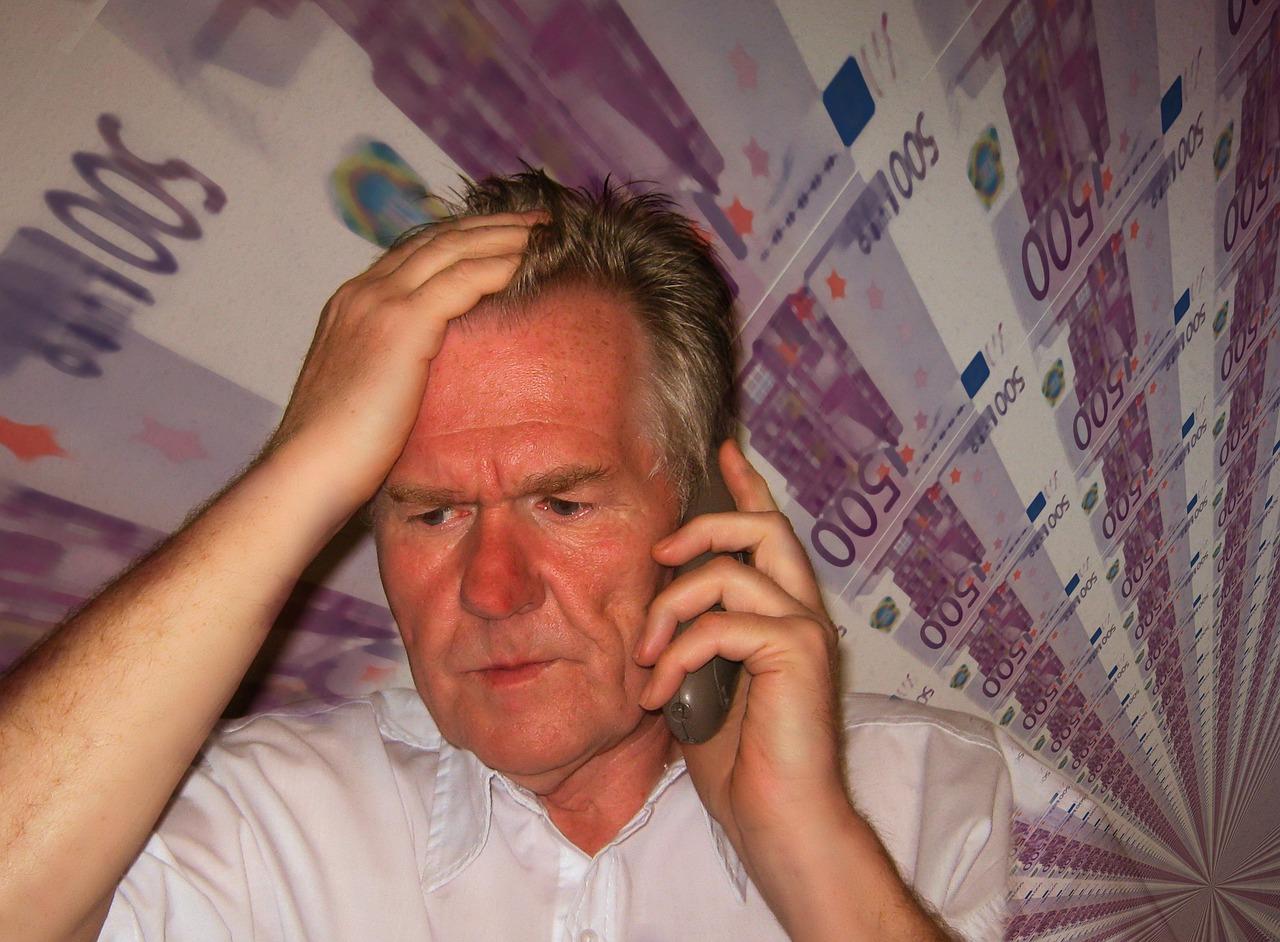 But the banks of Cyprus were helped only in exchange for a haircut on deposits. The problems were similar here: there were too many Greek bonds and bad debts on the balance sheet. According to the Central Bank of Cyprus, direct losses from default on Greek bonds amounted to 25% of GDP. The main losses fell on the two largest banks: Bank of Cyprus and Laiki Bank as a lot of Greeks had accounts there. 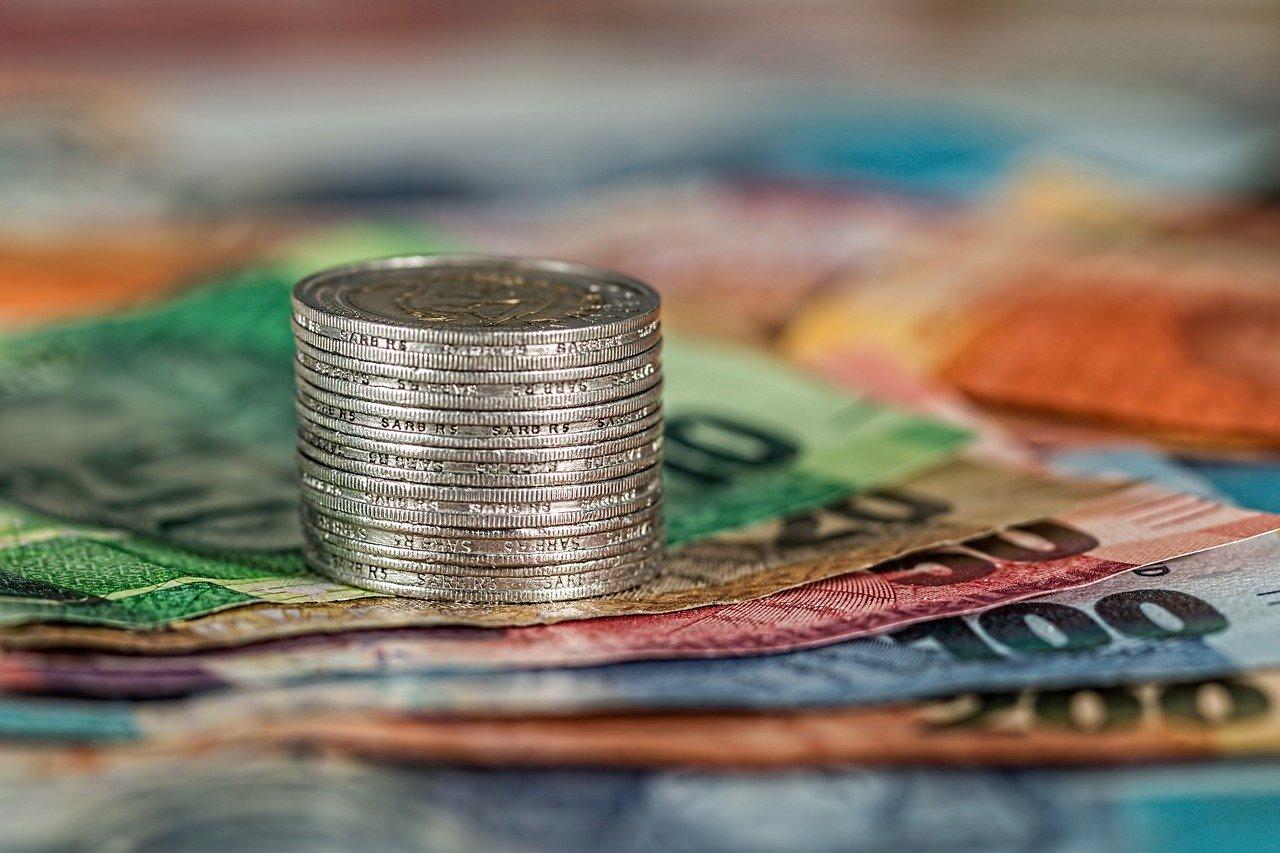 What has changed since the Cyprus financial crisis?

The Central Bank of Cyprus strictly regulated the local market until 2014, it prevented banks with foreign participation from operating in the retail market, from lending and accepting legal entities and individuals deposits. The banks of Cyprus had an almost unlimited monopoly.

Later the Government of Cyprus and the troika of Eurocreditors signed the Memorandum of Understanding.

Foreign banks were allowed to operate in the local market in March 2015, and since then the banking services market has undergone major changes. 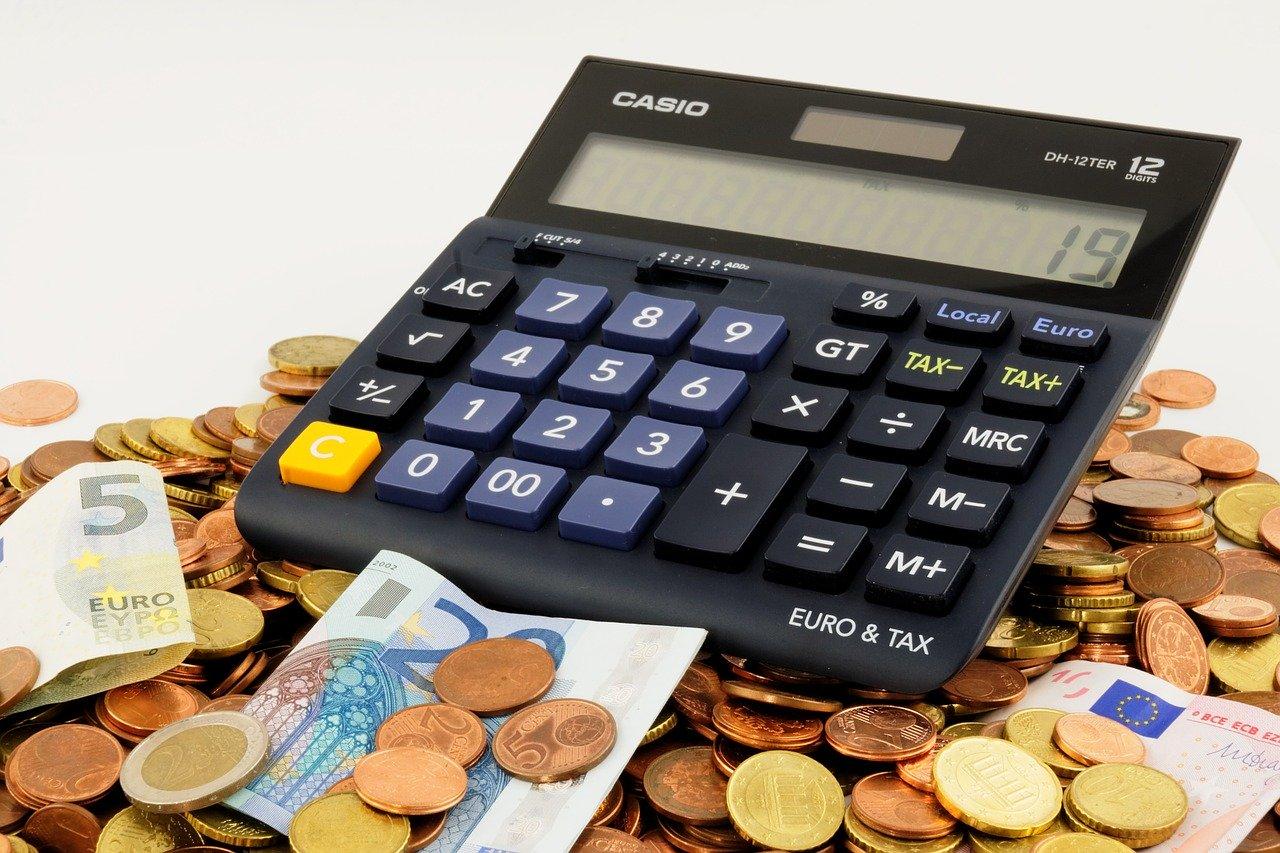 Foreign banks had advantages in Cyprus as they didn't have local non-performing loans and a massive staff, mostly consisting of ineffective employees.

The foreigners were energetic and full of optimism, but they all had one big problem: they were branches of foreign banks. Most Cypriots trust much more in their own companies, especially in their local banks.

Trust is the most important

The main problem that foreign banks faced here was the problem of trust.

The Stockwatch magazine conducts a quarterly survey, which provides a confidence index of the top 10 banks. There are two lists: companies' trust and individuals' trust. By analyzing the numbers, especially the annual indicators, we can track the dynamics. Foreigners were at the bottom of the ranking in 2015, only two or three could get into the top-10. Almost all places were distributed between local banks and regional branches of Coop. A year later, some foreign banks became mid-ranking, and, for example, RCB has got 3-4 places, RCB was even higher than the local Hellenic Bank. 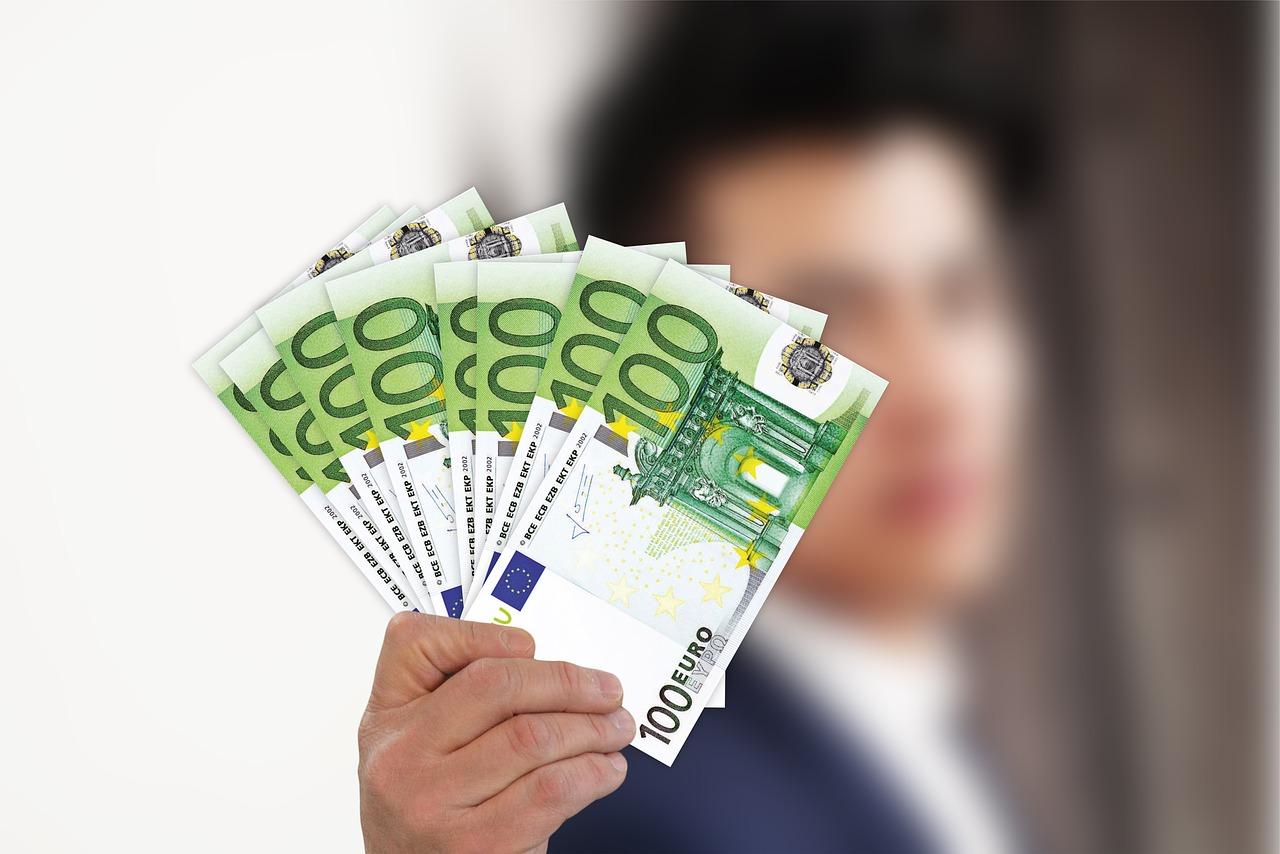 Now, after 6 years have passed since the 'invasion of foreigners' on the Cypriot market, the branches of foreign banks have managed to take their place in the market and create powerful competition for the old Cypriot banks. Now they all have the same rights and obligations towards their clients as local banks in Cyprus, this brings healthy competition to the market as now there is a great variety of products and services. 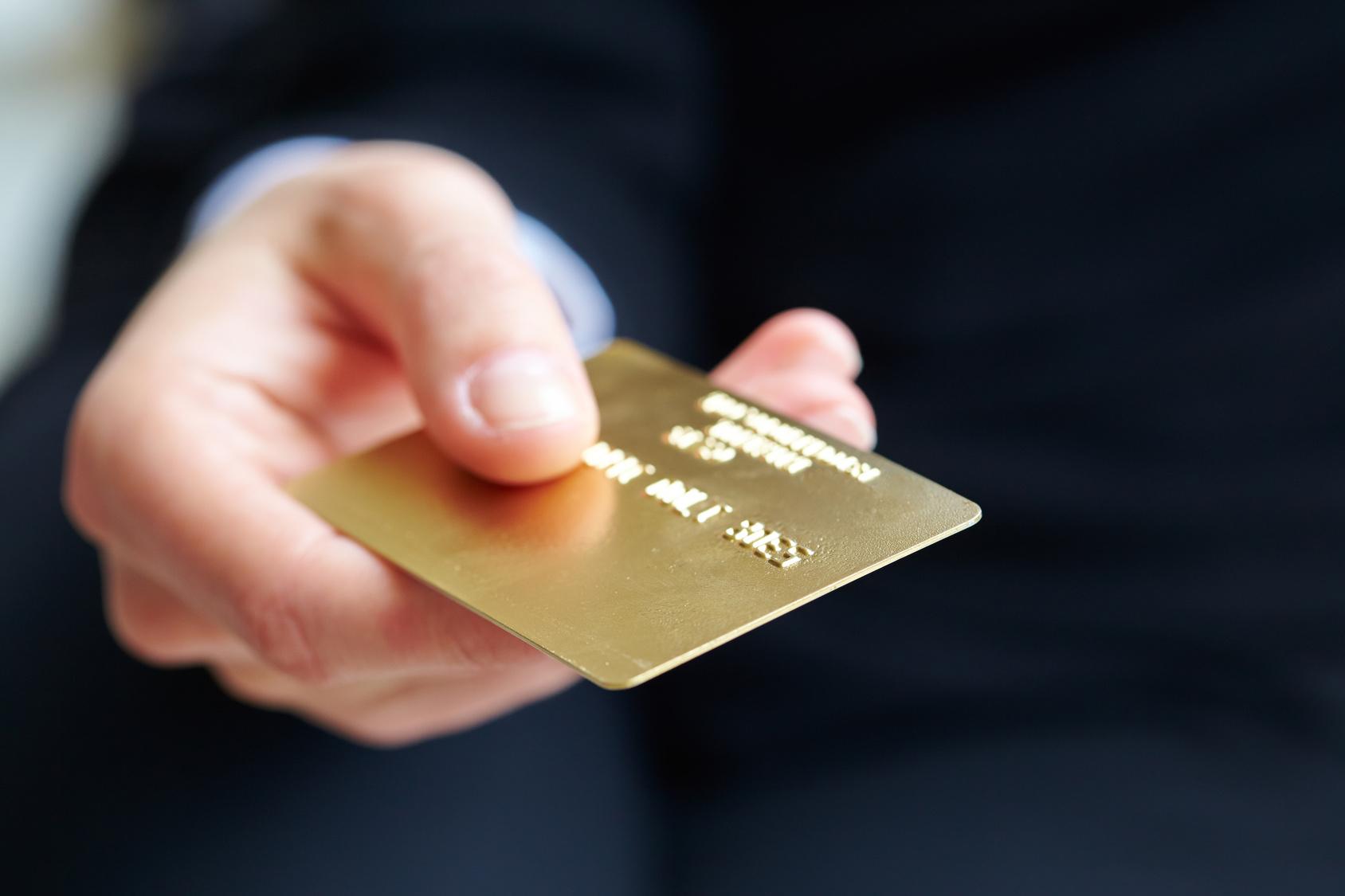 Currently in Cyprus, there are also branches of banks that are not members of the EU, but have their own interests in Cyprus.

These are mainly banks of neighboring and friendly states, such as Lebanese, Jordanian, Egyptian, as well as Russian and Ukrainian banks. These are BankMed, Arab Jordan Investment Bank, Banque BEMO, Bank of Beirut, BBAC, BLOM Bank, Byblos Bank, Credit Libanais, Jordan Kuwait Bank, Jordan Ahli Bank, Lebanon and Gulf Bank, PrivatBank, IBL Bank, and a number of others. They are not allowed to work with private clients, but represent the interests of the parent banks in Cyprus.

In September 2018, it became known that after a long agony and despite several powerful financial injections (recapitalizations), the Cyprus Cooperative Bank had gone bankrupt and was subject to closure. The number of NPLs turned out to be an overwhelming burden. The bigger part of Coop was acquired by Hellenic Bank, the problem loans were bought by Altamira, which is currently actively selling real estate of insolvent borrowers.

Why did this happen and how does it fit into the “success story” that we wrote about above?

The fact is that the Coop was doomed. Serious mistakes of the past, lack of adequate management, numerous violations could not be neutralized by taking measures to recover the system, since the damage caused by years and decades of mismanagement was systemic. 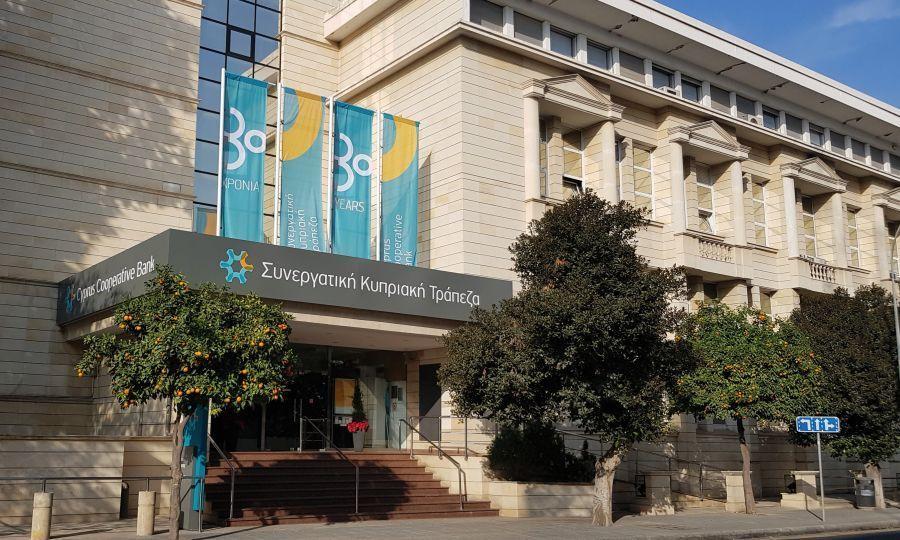 Some details were revealed that shed light on the overall picture. For example, in one of the branches of the bank of Limassol, several €1,000,000 loans were issued to fake companies with no real owners. What guided the employees to approve the loans (or from whom and how they received the fraud), we still have to find out.

In another, funny in its absurd case: a loan for several tens of thousands for a period of 30 years was received by a client whose age at the time of receiving the loan was 76 years. 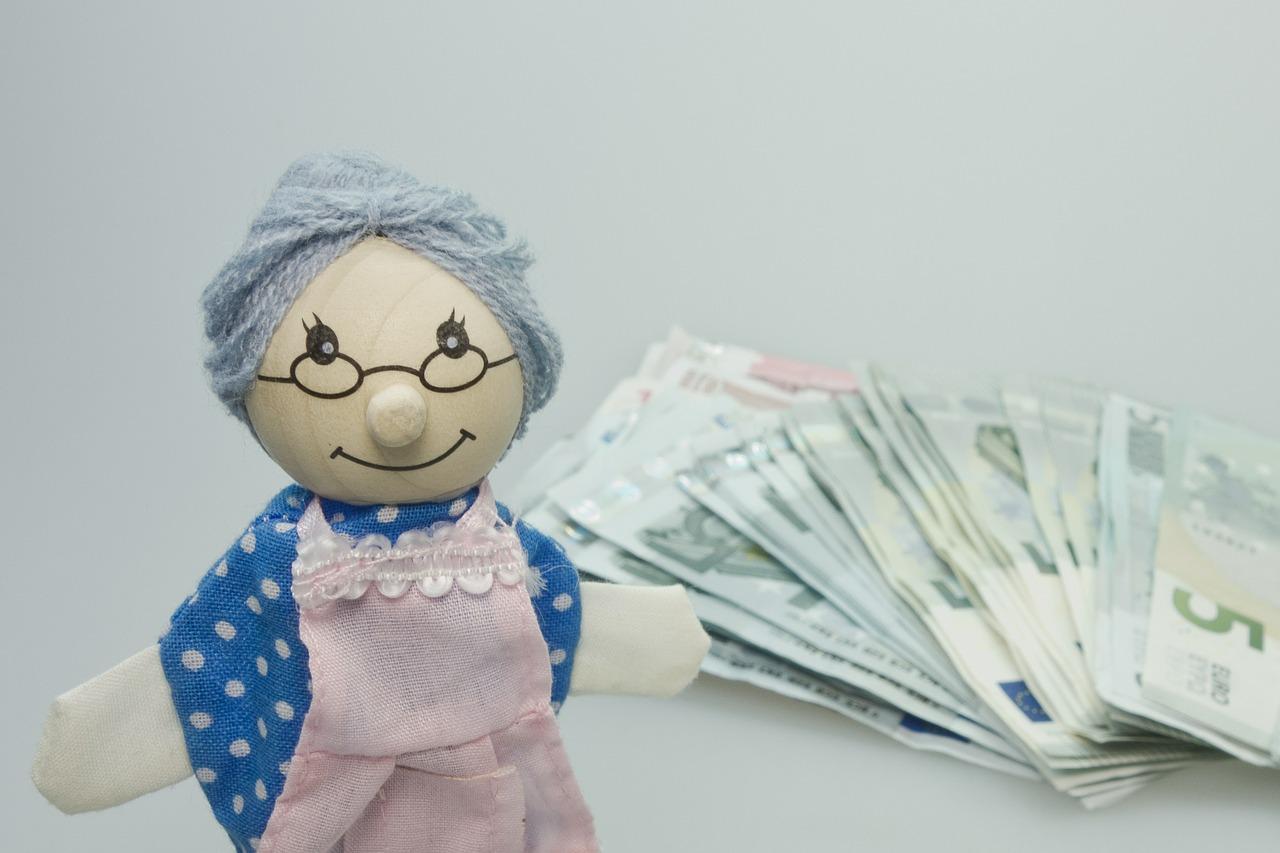 Of course, Cypriots live healthy and long on the island of paradise, but this is truly perplexing.

It is unlikely that such incidents are possible in any bank in the world.

2020: Cypriot banks on the right track

In general, the banking system of Cyprus is currently improving its position after the NPLs crisis. The number of NPLs is slowly but surely decreasing. Experts' forecasts, backed up by constant upgrades of the sovereign rating by international rating agencies, are quite optimistic.

Everything will depend on the foresight and pragmatism of the government of Cyprus.

What will happen next? We will see. 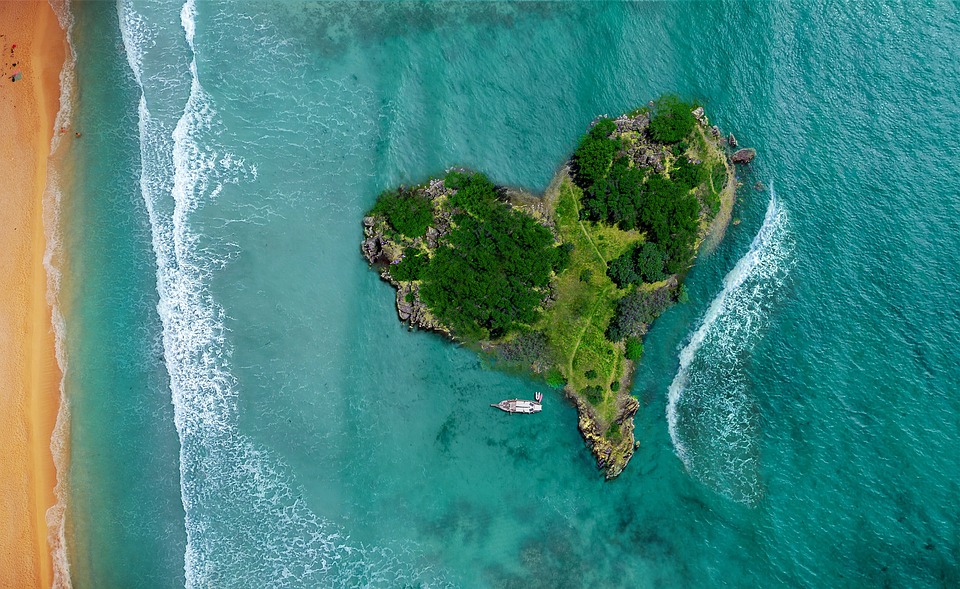