On Saturday, November 21, the official opening of the renovated municipal market took place in Limassol. The space for shopping malls, cafes and coworking is called Limassol Agora.

The event was attended by the President of Cyprus Nicos Anastasiades, who had the honor to cut the red ribbon. In addition, the mayor of the city Nicos Nikolaides and his wife visited the holiday.

I am very pleased to be present at the opening of the renovated Limassol Municipal Market. I am overwhelmed with positive emotions. I started my career as a lawyer in this area, where my first office was located a few steps from Limassol Agora. I am grateful to the Mayor of the city and the municipality for their efforts to develop Limassol. I also want to thank the responsible company and especially my friend Pampos Alexandra for the excellent work they have done. This is the new pearl of Limassol, which is not inferior in level to many European markets. By the way, the Ministry of Tourism has already included the market in the list of tourist places in this region. I am pleased to see that Limassol is really changing for the better. And not because towers are being built, as we are accused, but because districts are being modernized, parks are being built, sidewalks are being built. I want to see all cities and all communities as rapidly developing as Limassol. I am sure that the new reform of local government will contribute to this," Anastasiades said during his speech. 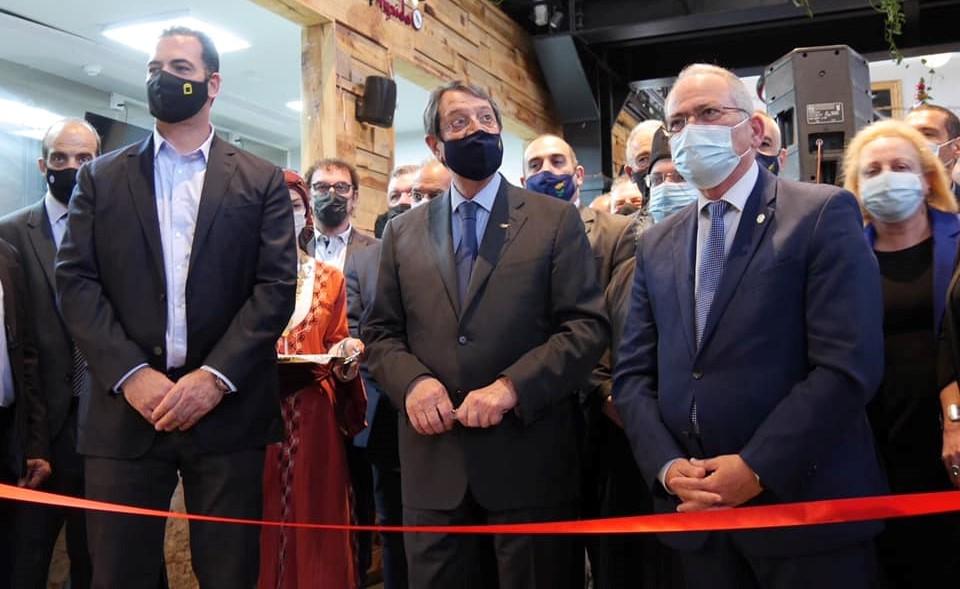 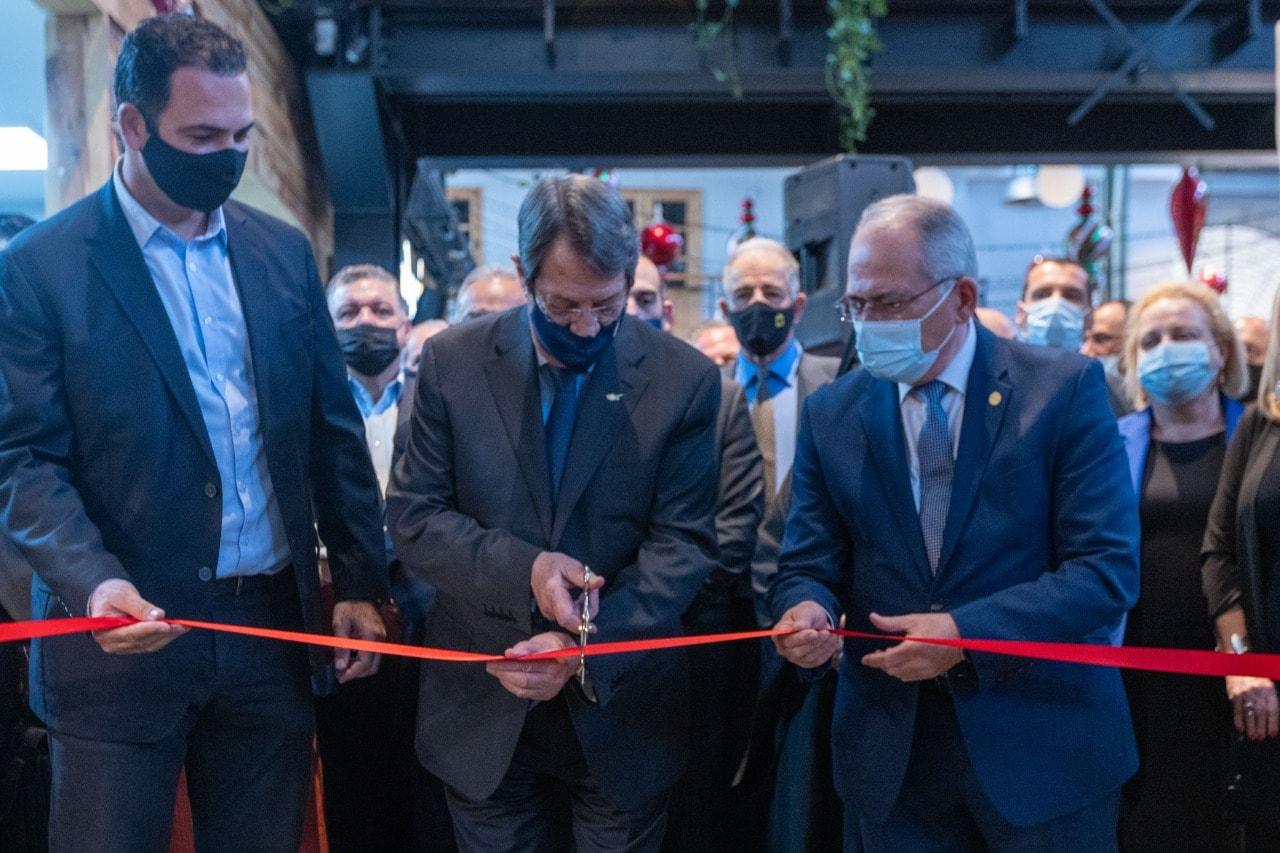 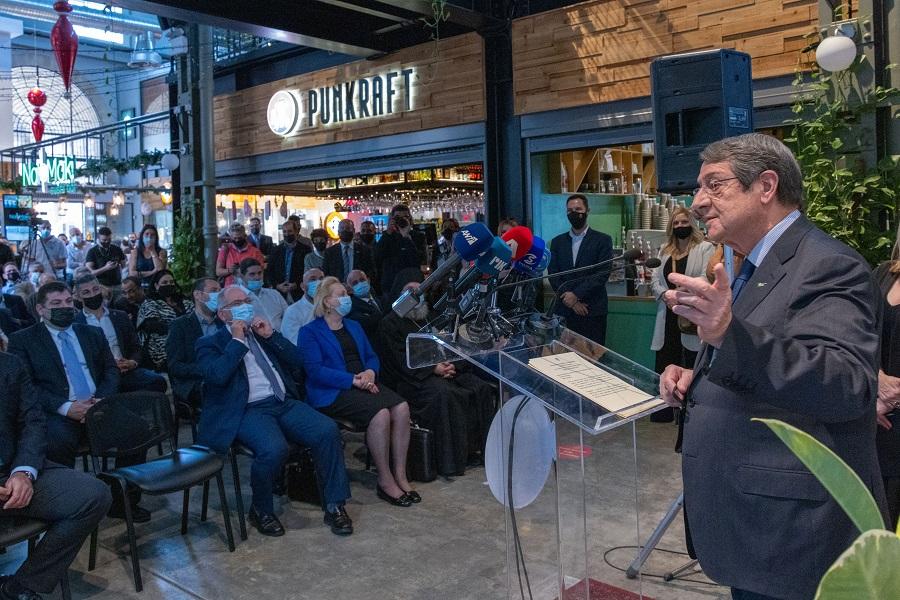 As you may know, the municipal market, which became popularly known as "Pantopolio" (literally "the place where everything is for sale"), first opened its doors in 1918.

Products were brought to the center of Limassol from the surrounding villages on donkeys or carts, and later on trucks and pick-ups. Since there were no large supermarkets in the city, here the residents of Limassol could buy groceries. As a result, the first municipal market has become a key public space for locals.

Later, small coffee shops opened in the neighboring streets, which became a place of rest and communication. Largely thanks to the market, the center of Limassol has become more lively. The market continued to grow and gradually expand until 1947, but by the end of the twentieth century, with the advent of supermarkets, its popularity began to decline rapidly. The way of life of people began to change, and the old market was no longer as in demand as before. 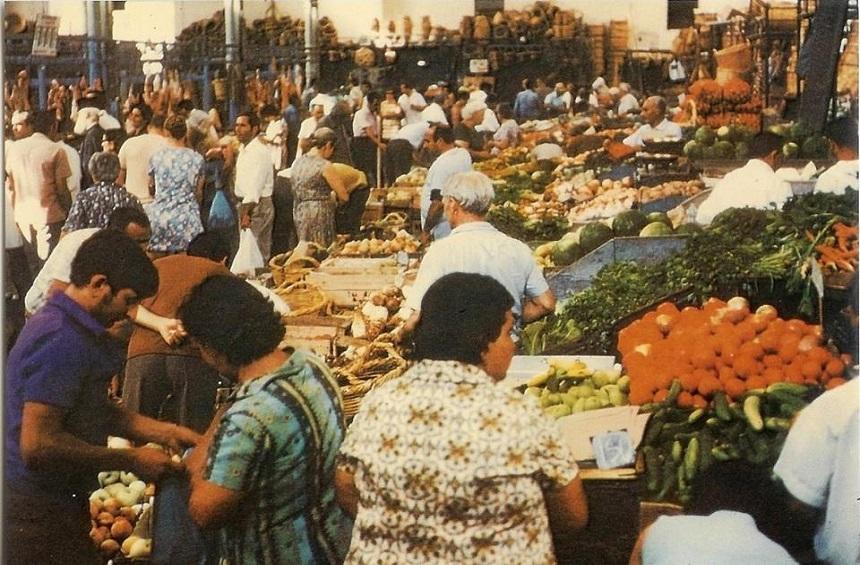 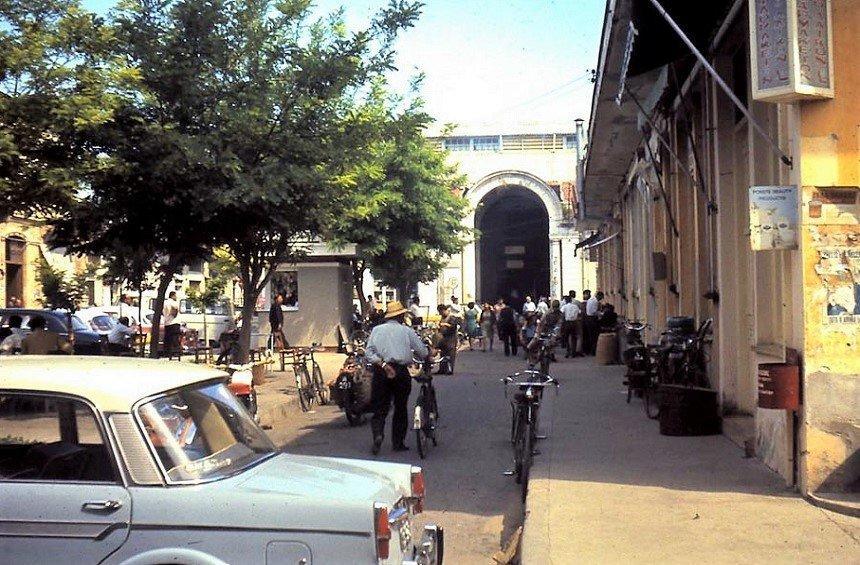 The restoration of the building was an important step in preserving this landmark. At first, the market opened in its former capacity after the reconstruction of Saripolou Square in 2010, but it still did not acquire the same significance for the citizens. The modern reconstruction of the building and its premises took two years. In 2018, work began in the building to convert the market into a modern food market called Limassol Agora, which opened its doors to visitors at the end of August 2020 in a test mode.

Today you can taste traditional Cypriot dishes, pizza, pasta, grilled, Lebanese and Mexican cuisine, burgers and seafood. The same building has a conference room, a Moroccan-style bar and a rooftop lounge. Limassol Agora has a bakery, a fruit shop where they sell cheeses and sausages, meat and many other products. 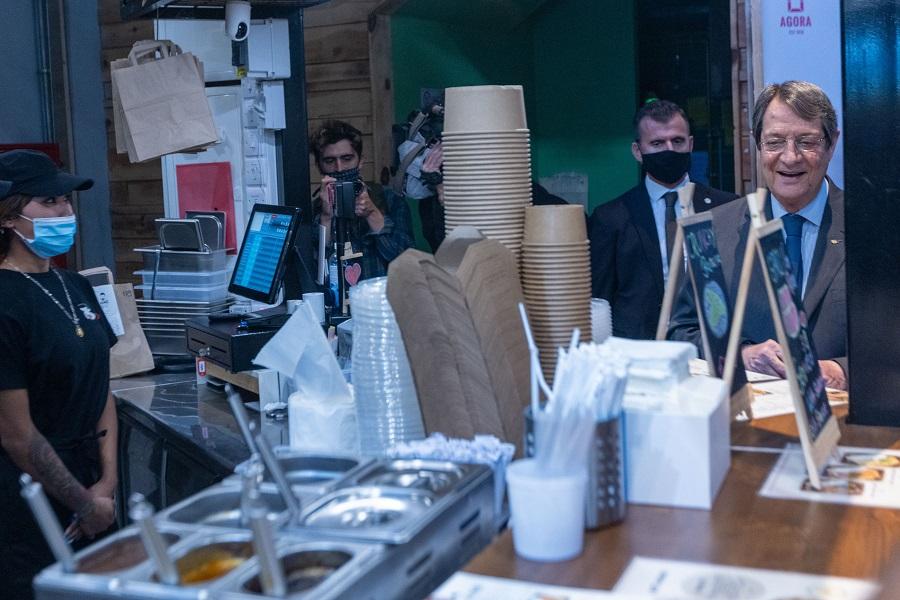 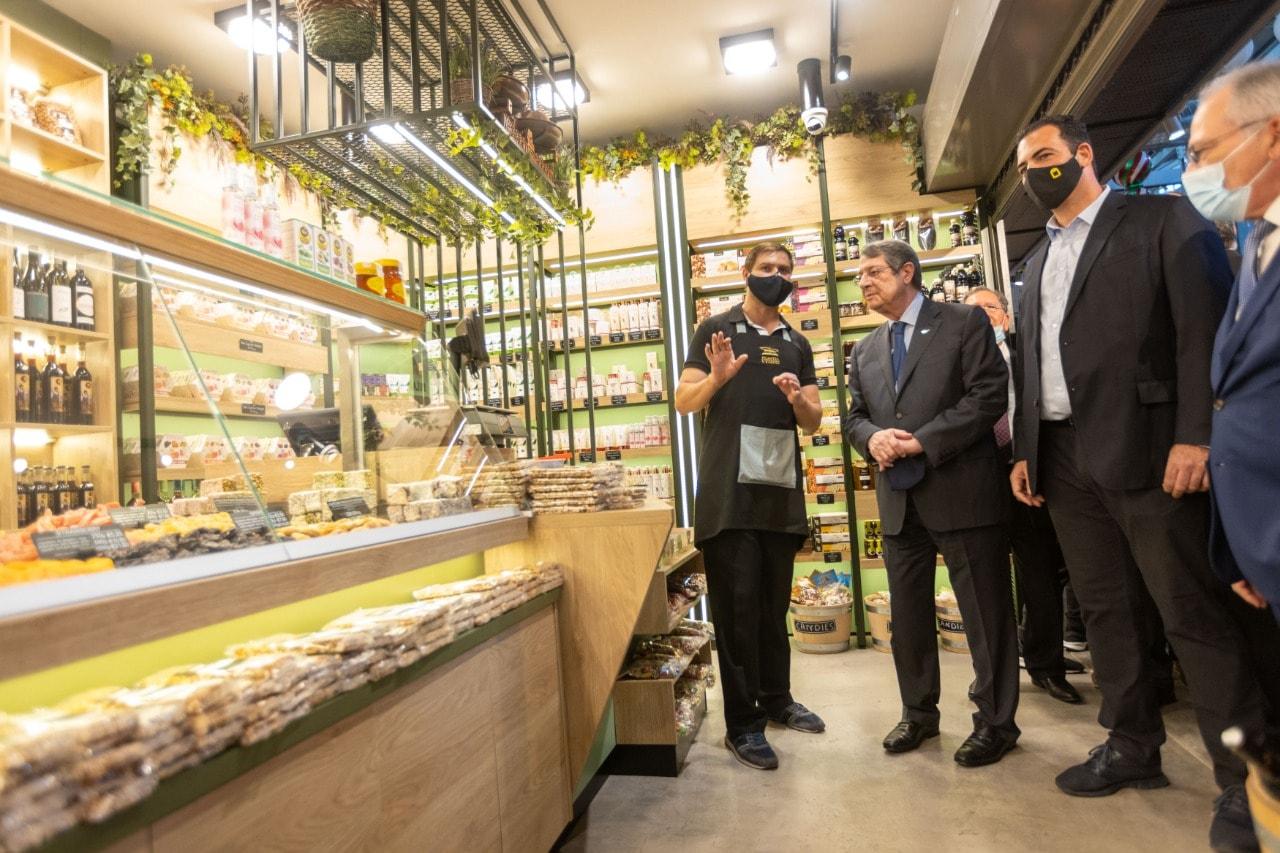 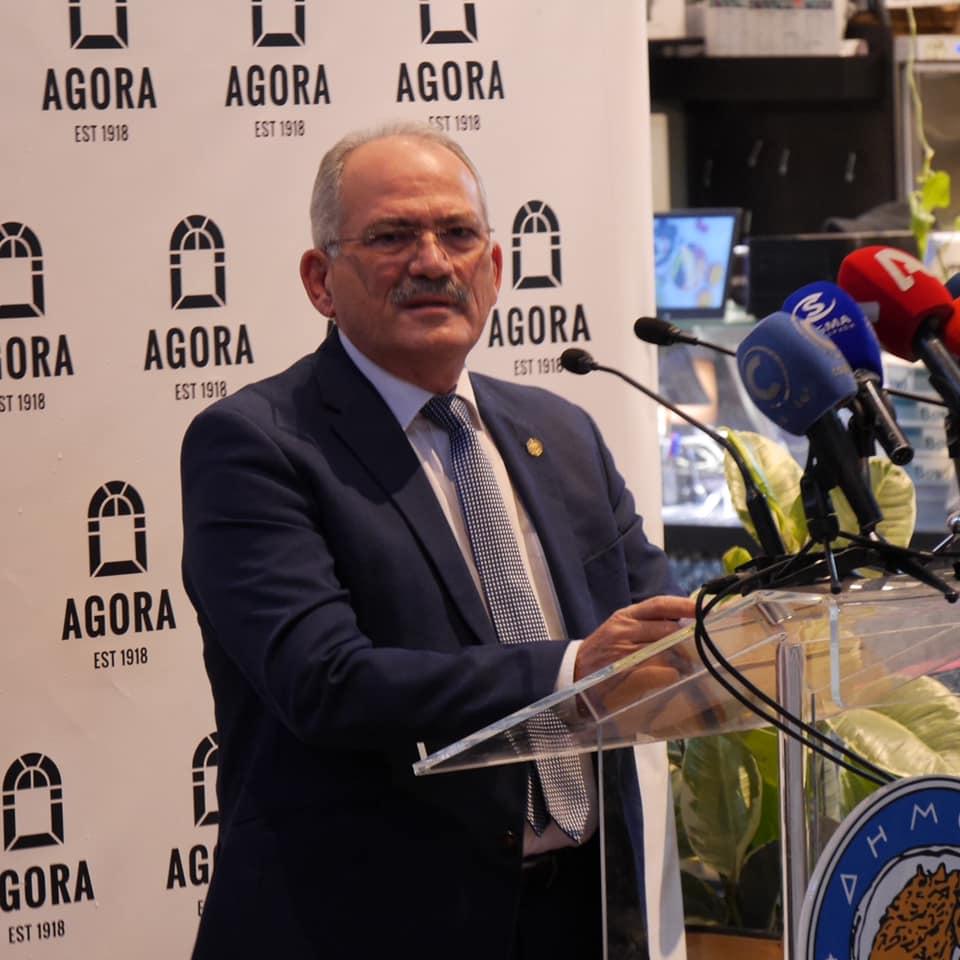 More detailed information about new projects can be found on the DOM Real Estate Portal. The website also has a large number of real estate properties in Cyprus - from residential to commercial. Choose and contact professionals who will help you make the right choice!