The government of Cyprus intends to attract high-tech companies to the country.

This was announced by Nicos Anastasiades on Wednesday, September 8, during the 9th annual investment prize, which took place in the Presidential Palace.

The President stressed that the government will announce in the coming months a new incentive scheme to attract high-tech companies, which will facilitate fast and hassle-free recruitment of employees, as well as offer tax breaks and expedited licensing procedures.

According to Anastasiades, this scheme will complement other similar initiatives of the government of the country, approved in recent years. In particular, he was talking about a revised procedure for the employment of qualified third-country nationals specializing in the information technology and communications sector, the creation of an accelerated business activation mechanism aimed at simplifying the services offered by the public sector to enterprises wishing to open their headquarters in Cyprus.

The President noted that the Cyprus economy has entered a recovery path and grew by 12.8% in the second quarter of 2021, surpassing initial expectations and showing a positive outlook for the coming quarters.

Our motto in Cyprus is that there is an opportunity for solving every problem. The government has taken a holistic approach and concrete steps to support sustainable development through the Cyprus for Tomorrow Plan, which will require €4.4 billion from EU funds, namely the Recovery and Sustainability Fund and Cohesion Funds. The new plan aims to help economic recovery and create a new vision for the country that will act as a roadmap for the post-coronavirus era, Anastasiades said, adding that the government's broader economic recovery strategy also includes much-needed structural reforms to further develop key sectors of the economy.. 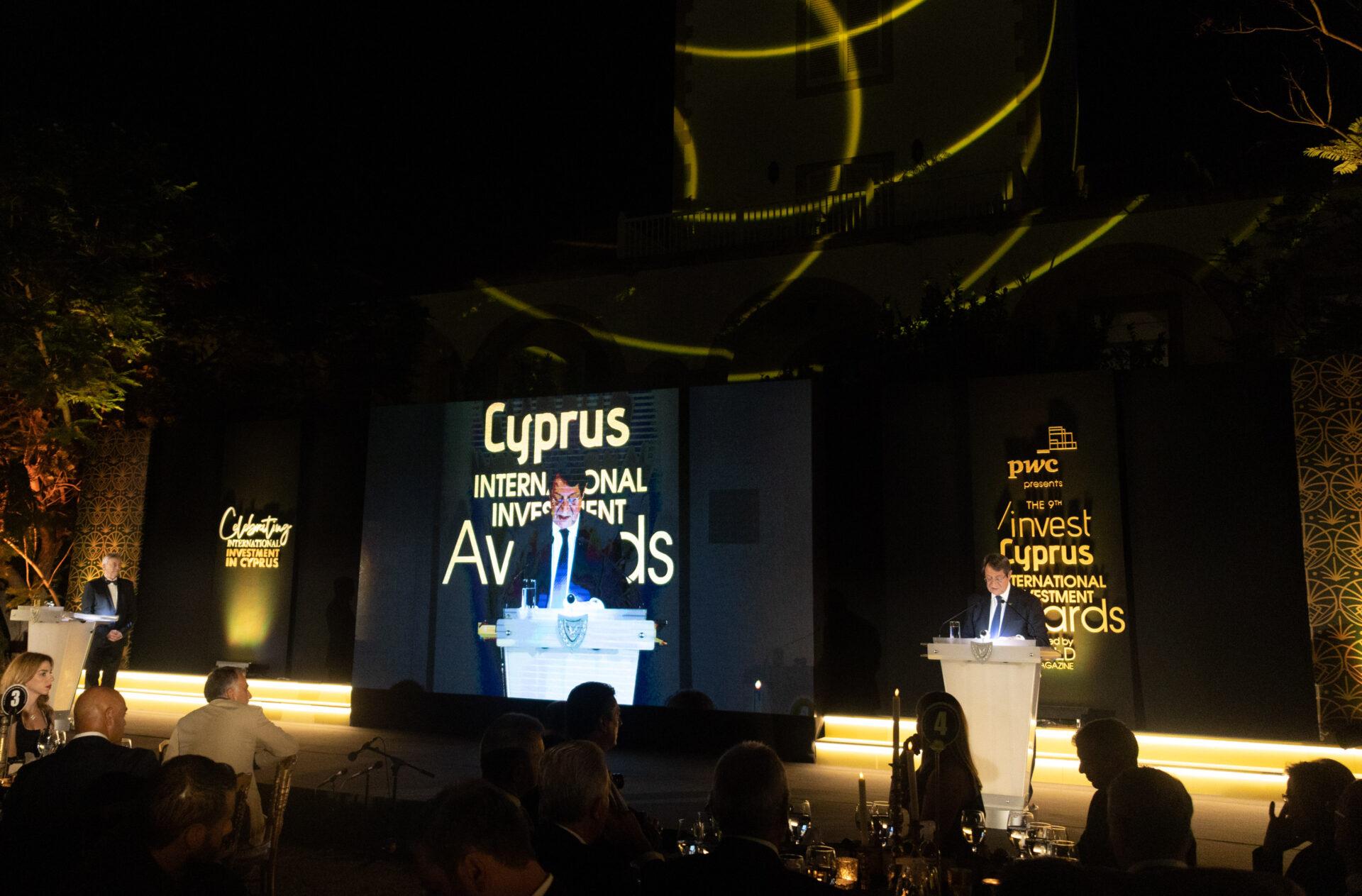 The president said that the new plan will create a National Advertising Agency responsible for programs and financing schemes that are expected to improve access to finance and liquidity, especially for small and medium-sized businesses.

He called it a key tool in restoring economic activity and employment to the same levels that were before the pandemic and the transition to green and digital technologies.

We are promoting numerous reforms to address the challenges we face in the areas of public and local government, health, labor, education and justice, as well as energy market liberalization, digital transformation, research and innovation. We expect an increase in investment in research and innovation in the near future as a result of grants and the creation of a central office for the transfer of knowledge, continued Anastasiades.

The President noted that according to the latest report from the Management Development Institute of the World Competitiveness Center 2020, Cyprus's ability to attract and facilitate foreign direct investment and the adaptability of its policies have yielded remarkable results.

Cyprus was named the most developed country, moving up 11 points to rank 30 in the world. The above results clearly show that over the years Cyprus has developed into a key destination for international business and investment in the region, with significant potential to become a world-class hub, ”the President of Cyprus emphasized.

At the end of his speech, Anastasiades assured that "the government will not deviate from the path of sound public financial management, complemented by a business-friendly investment environment, and will move forward with a comprehensive government investment promotion strategy to transform Cyprus into a European Center for Sustainable Business and Trade."