Until recently, thanks to the passport program and favorable tax regime, Cyprus was an attractive place for buying real estate and doing business from Russians.

Foreign oligarchs enthusiastically bought up elite housing on the island in order to be able to obtain European citizenship. And dozens of Russian companies transferred their business or opened additional offices and representative offices here in order to facilitate partnerships with foreign companies.

Both have provided an impressive inflow of investments to Cyprus, especially in the real estate sector.

However, today everything has changed dramatically. The tightening of the rules for the operation of Cypriot banks with offshore companies, the coronavirus pandemic, and then the closure of the Citizenship by Investment program forced Russian citizens to switch to the Middle East in search of an island of stability. More specifically, the United Arab Emirates. 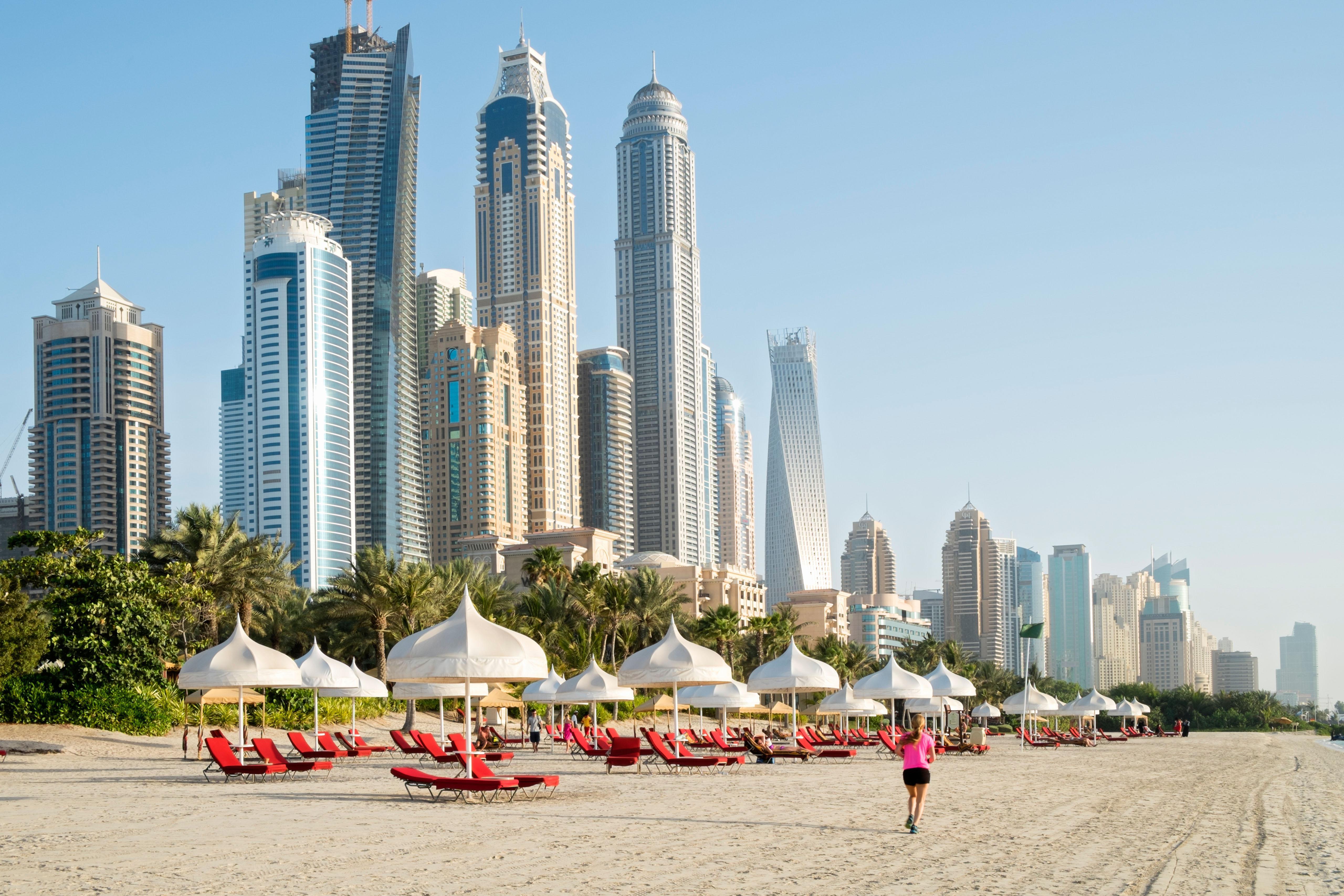 It is worth noting that it all began back in 2018, when Russia began to exchange tax information with other countries (according to the AEOI standard) and receive data from 58 jurisdictions.

The FTS could have requested information on foreign accounts of Russians from foreign tax authorities before, but for this it needed to know in which country the account was opened. In addition, foreign colleagues could share information with Russian, but were not obliged to do so. For those who kept money abroad but paid taxes regularly, the exchange of tax information added to the headache with currency control. Those who hid money from Russian law enforcement and tax authorities had to look for new schemes and jurisdictions.

After the landing on the island of the US Treasury representatives in the spring of 2018, local regulators tightened control over Russian accounts, and commercial banks began to offer Russians either to close accounts or transfer them to a local bank, the largest shareholder of which is VTB.

From the statistics of the regulator it followed that the volume of Russian money that went to Cyprus in the first five-year period of the 2010s was slightly higher than in the second. But investments in Cyprus and offshore companies in general have specific features. Previously, a large outflow of funds in them was compensated by SPV deals (that is, carried out through companies created specifically for a specific deal - special purpose vehicle). Before the sanctions and the state campaign for deoffshorization, from 60 to 80% of FDI in Russia came from offshore companies, where they had previously come from Russia. In 2019, the IMF estimated the share of "phantom" foreign investments in Russia - that is, none of them foreign, but Russian in origin - at 50%.

Now, with a slight decrease in the outflow of funds, the inflow also fell - primarily from offshore zones. In particular, with Cyprus, beloved by Russians, analysts of the Central Bank wrote in 2019. At the same time, then the outflow to Cyprus became a record over the past 12 years and amounted to almost $ 21 billion. Judging by 2019 and the first two quarters of 2020, there was no sharp return of funds in the same amount.

The fact that the United Arab Emirates has become one of the most popular places for Russian money, the location of which their owners for some reason do not want to shine in front of the Russian authorities, said experts who manage the assets of wealthy people.

As it turned out, in the UAE, you can build a whole chain necessary to withdraw money. It is enough for a foreigner to open a company to immediately become a resident of the UAE. For a company, you need to rent an office, it can be purely symbolic. At the same time, it is not necessary to physically be in the Emirates. It is easy for a resident to open an account with a local bank. The popularity of the UAE is also explained by the fact that in European countries in recent years, compliance has seriously tightened, and there it is much more loyal.

After obtaining the UAE resident status, a Russian citizen has an interesting option: you can open an account in Europe, for example, in Switzerland, but not as a Russian, but as an Emirate. Emirates residency is not just a banana passport, it has a connection to the company, and this gives it weight in the eyes of the bank.

However, it will still be important for a Swiss bank to verify its presence in the UAE: utility bills, confirmation that the company has employees, or an explanation as to why they are not. The most important thing is that after that Switzerland will exchange the tax data of this person not with Russia, but with the UAE, where the tax rate is 0%. As a result, Russia will not find out about the account and will not have to pay taxes. 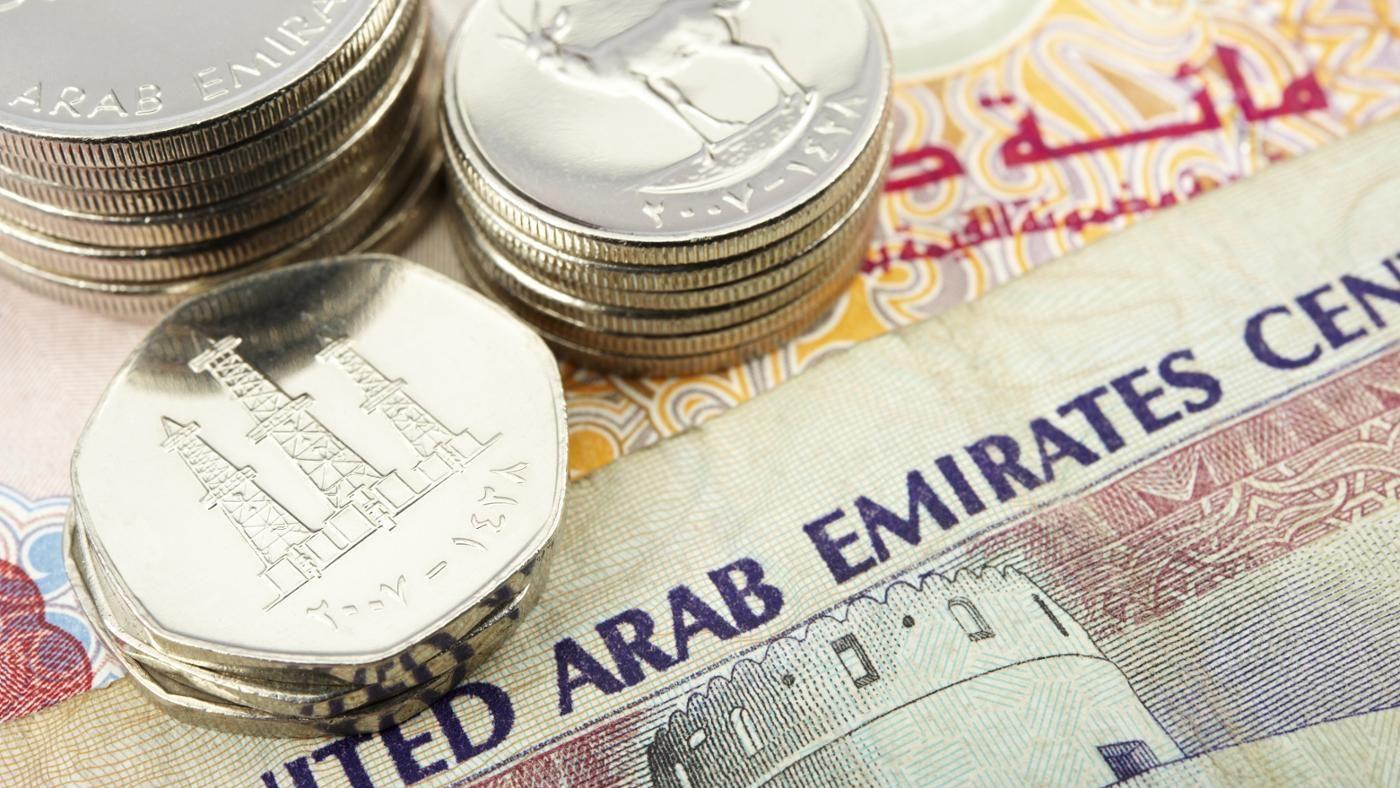 Cyprus used to give all the same advantages, but at the end of last year the Russian authorities decided to close the Cyprus loophole by revising the terms of the agreement on the avoidance of double taxation with it.

In general, doing business with the UAE has become much easier than with Cyprus.

It should be noted that in the UAE there is no income tax, corporate tax, personal income tax and, in principle, no payroll tax. And all due to the fact that local banks, opening an account, perceive a Russian company immediately as a resident.

The popularity of the UAE among Russians is also evidenced by an increase in the number of requests for “account in the UAE” in Yandex at the end of 2020 by 300%, when Russia decided to break the agreement with Cyprus.

The most famous example of a business with Russian roots that is actually run from Dubai is Pavel Durov's Telegram. The headquarters of the messenger appeared in Dubai in 2017, and Durov himself lives here. He does not hide that the main reason for the relocation is local tax policy. 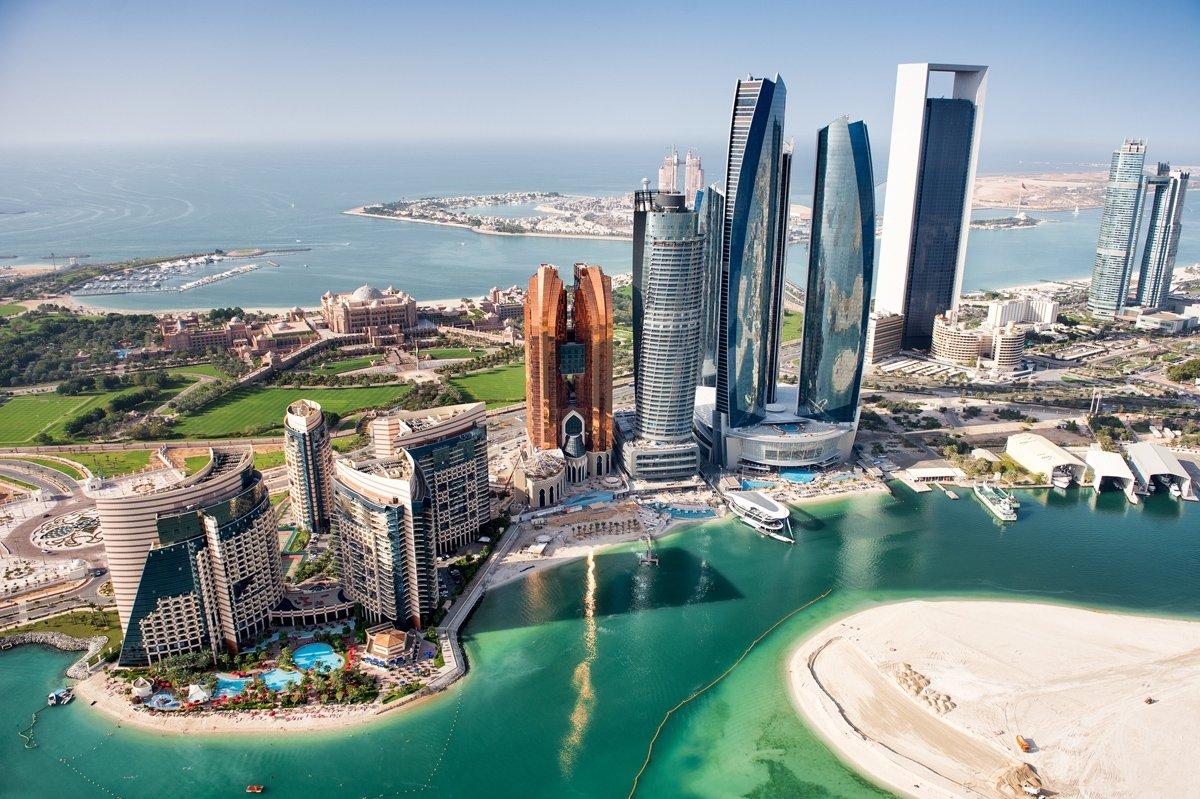 In addition, real estate in the UAE is gaining popularity among Russian citizens. During the pandemic, Russians began to actively buy housing there, primarily, of course, in Dubai.

The number of requests for the purchase of housing in the United Arab Emirates in January increased by 35% compared to December. At the same time, in Cyprus during this period, real estate sales to foreigners decreased by 54%.

As it turned out, the Russians are buying up beach property in the UAE for rent or as a second home. Many developers give them good discounts, and also provide installments. The rental yield in Dubai is 5-10%.

Recall that since 2019, Russians have the right to stay in the Emirates without a visa for up to three months. Air traffic with this state was restored back in September 2020, planes now fly daily, while Cyprus is still closed to Russian tourists. Even in the spring, at the height of the pandemic, the UAE authorities did not take drastic measures, the lockdown was rather mild. Many Russian investors are attracted by the loyalty of local authorities. 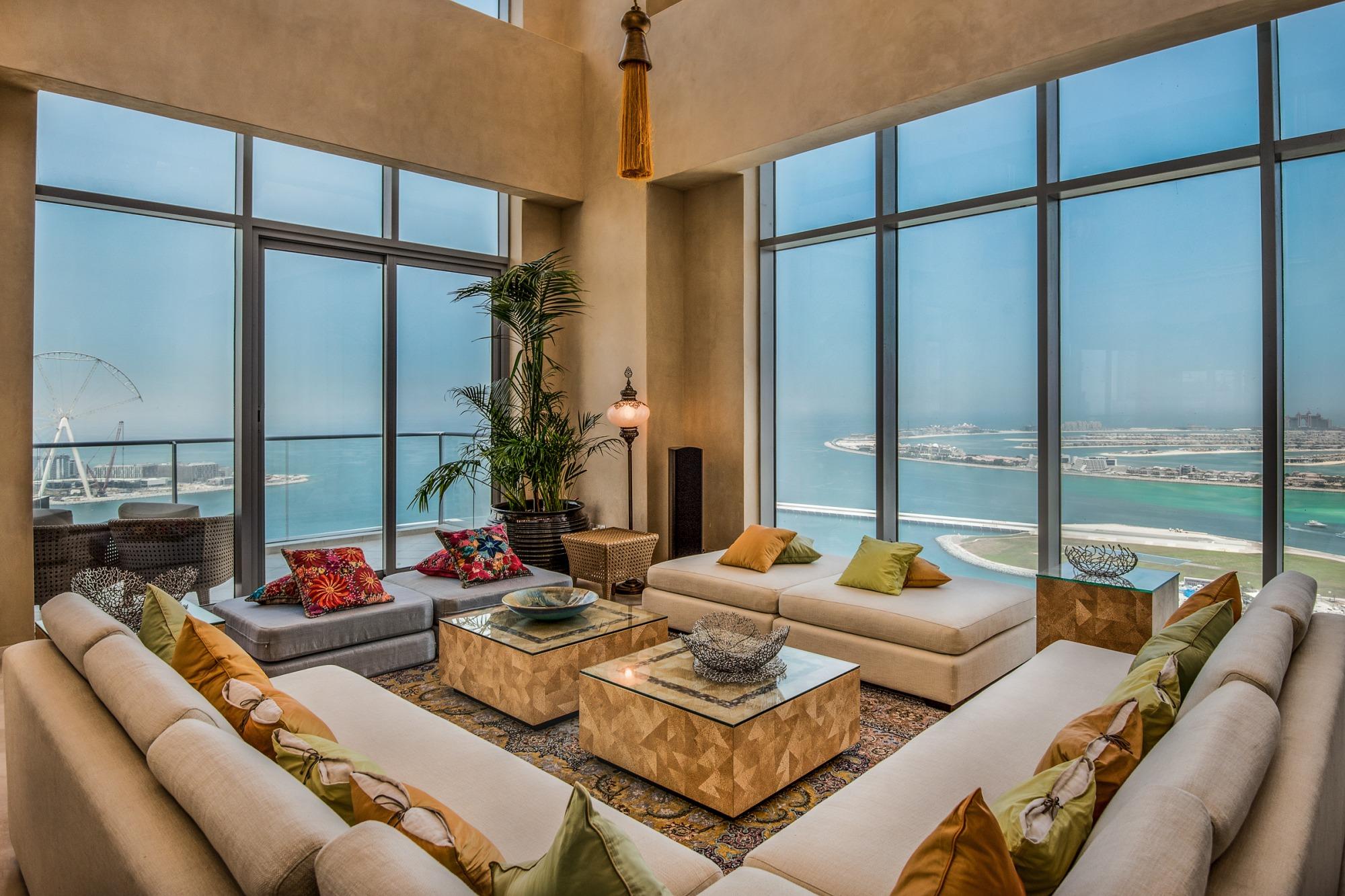 However, the greatest interest is caused by the fact that recently the demand for premium real estate with private beaches has increased in the country, the cost of which in good luxury complexes starts from $ 2 million.

And this is not by accident! Recently it became known that wealthy Russians will be able to become subjects of the emirs of Dubai and Abu Dhabi.

For the first time in history, the United Arab Emirates announced that they are ready to grant foreigners the right to obtain citizenship. If earlier, in order to become a citizen of the UAE, a foreigner had to do something extraordinary, for example, to save the life of a sheikh or a member of his family, now it will be enough to purchase real estate in the country. According to officials, amendments to the law have already been adopted, due to such changes they hope to attract talented people who will contribute to the development of the state.

It is becoming very beneficial for Russians to have citizenship of the Emirates.

Firstly, due to the visa-free regime to many countries, including Europe, simplified obtaining of an American visa, English law, no taxes on dividends. Plus, the citizens of this country have many benefits - you can get a grant for free education abroad. 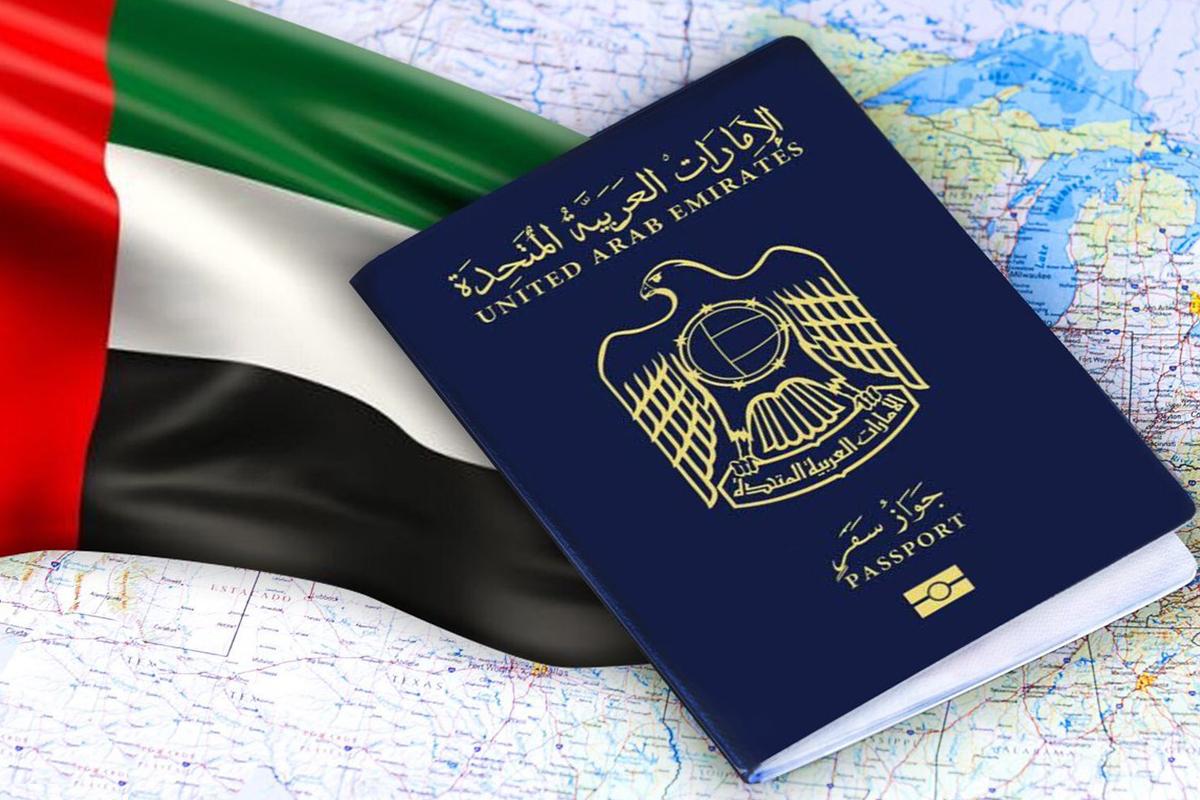 With all the advantages of Cyprus, the change in the agreement on the avoidance of double taxation with Russia, as well as the cancellation of the investment program, in conjunction with the new UAE policy regarding the issuance of passports, can play into the hands of this country.

This, in turn, will affect the further drop in demand for Cyprus real estate.

On the other hand, it is possible that certain tax incentives for companies that still exist in Cyprus will allow commercial real estate to remain in demand in the future. Finally, it is unlikely that wealthy clients who are not tied to passports and European citizenship will cease to be interested in local real estate. Well, time will tell...