On Friday, December 10, the grand opening of the Eleftheria Square will take place in Nicosia.

The official ceremony will be attended by architects, designers, builders and representatives of the city municipality – all those who are directly involved in the implementation of this large-scale project.

As you may know, the square in the heart of the capital was created in 1882. Then its opening pursued a very practical goal – to connect the old city with the new neighborhoods where the colonial administration was located. At first it was wooden.

The first large renovation of this place began in 1972, but the Turkish invasion prevented the plans from being completed. And only in 2005, the tender for the creation of a new square project was announced. The competition was won by the London architectural firm of Zaha Hadid. Unfortunately, the world's first female architect awarded the Pritzker Prize (the equivalent of the Oscar), would not be able to admire her work — in March 2016, she died in Miami. 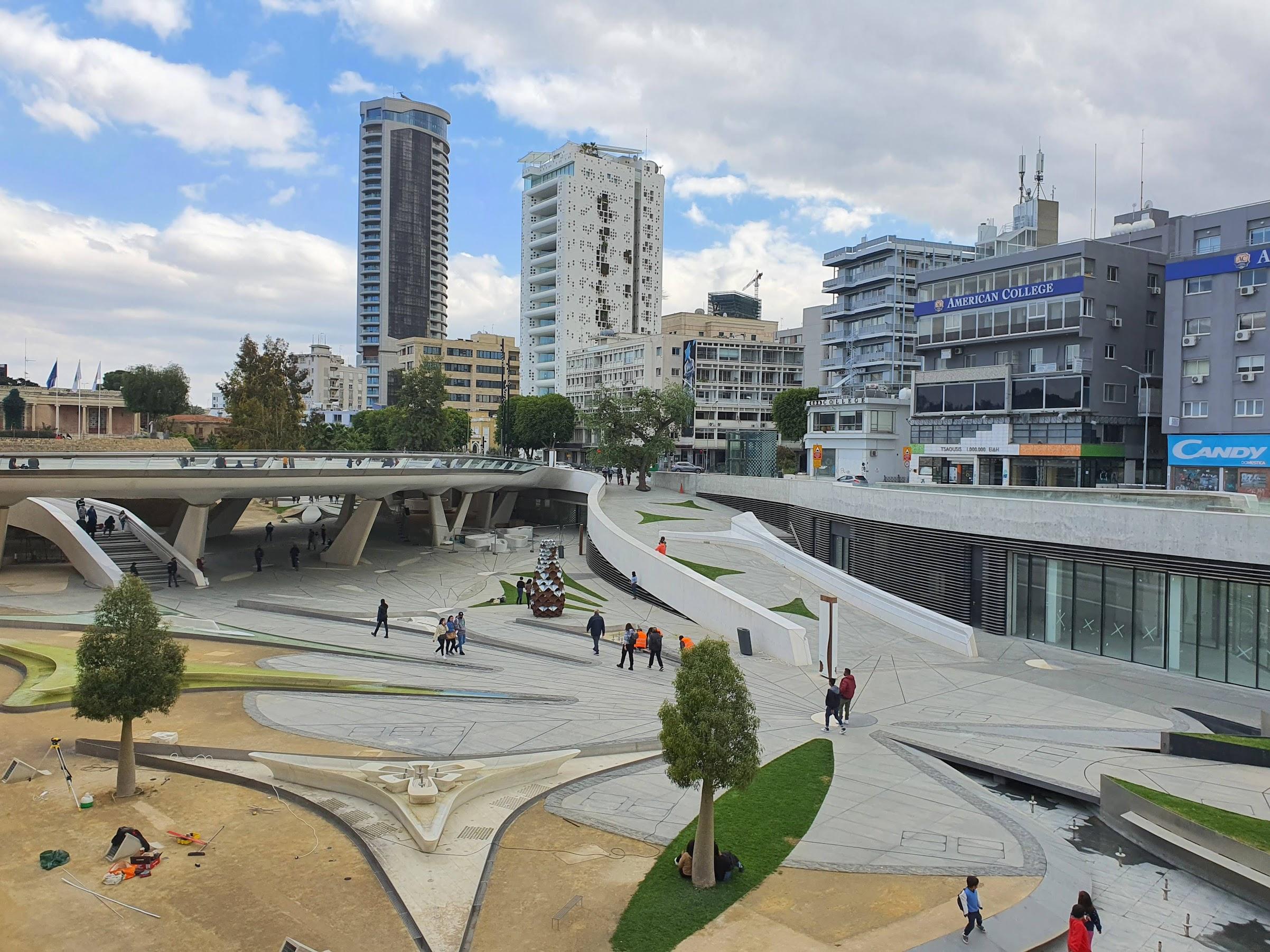 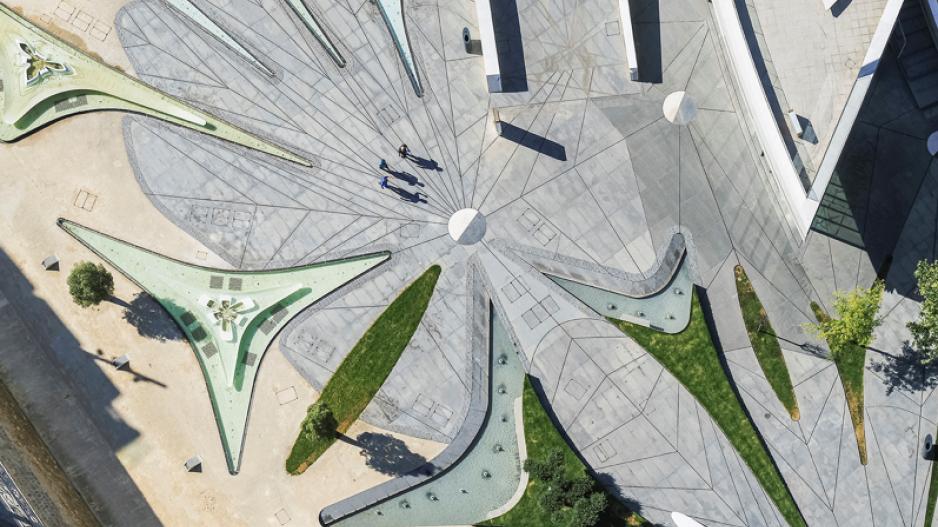 According to the initial plans, the square was planned to open in 2013.

However, the project, which was initially estimated at 23 million euros, faced delays due to technical and contractual problems. In February 2014, the first contractor, Miltiadis Neofitou, withdrew from the project. The government paid him 522 thousand euros in compensation. Lois Builders took over the project management. A new deadline has been set for the completion of the project - April 6, 2016.

Due to regular delays, the opening of the square was postponed again. In March 2016, the General Treasury of the Republic of Cyprus agreed with the parties involved in the work on the delivery of the facility on January 3, 2018. Then a new deadline was set - July 24, 2018. Only by December 21, 2018, it was possible to open the upper part of the square to the public. 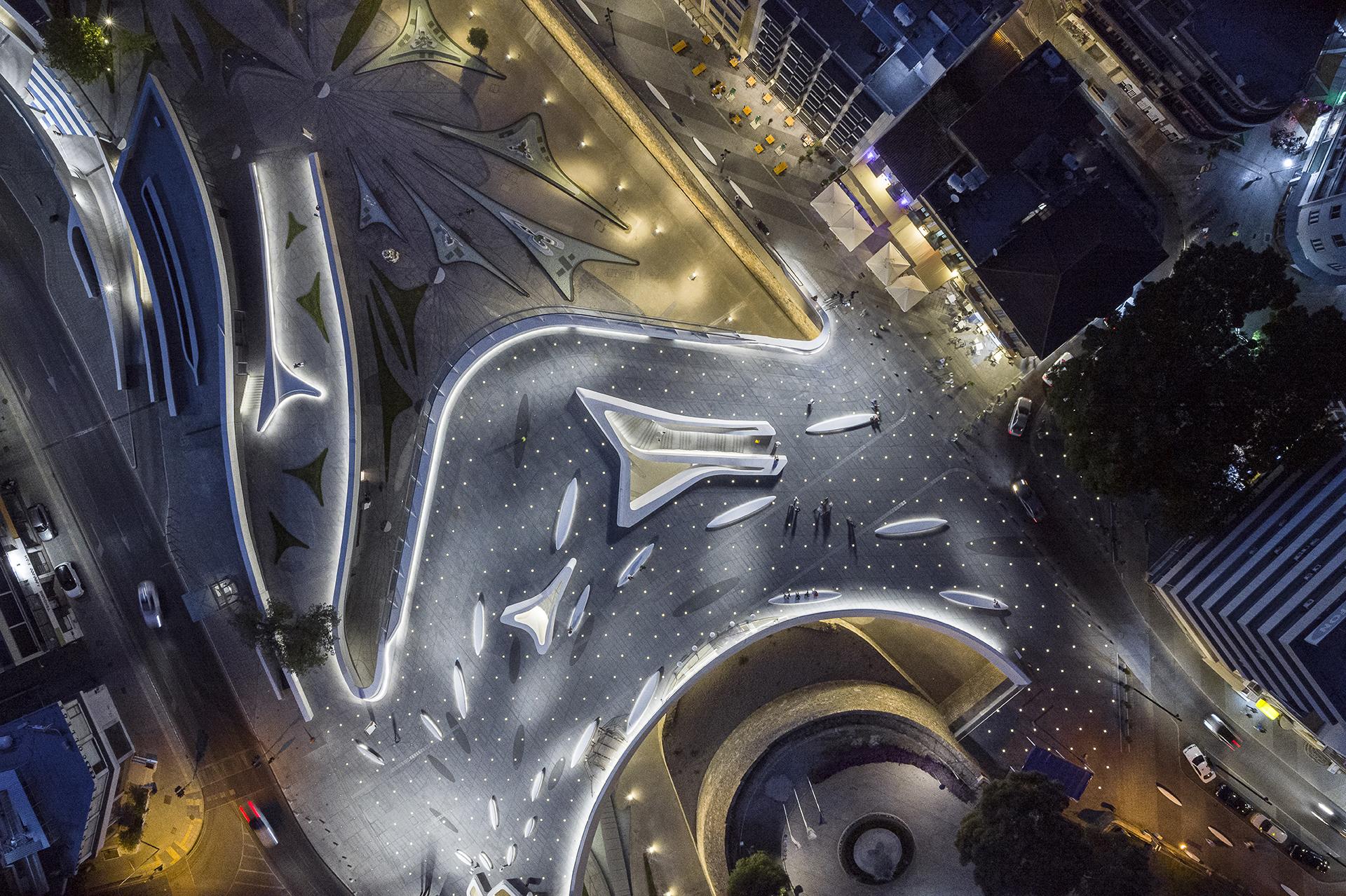 It is worth noting that the renovated Eleftheria Square has completely changed the appearance of the center of the capital, creating a link between the historical part of the city and its modern quarters by organizing a completely new and diverse public space located on two levels.

The connection between the streets of the old and new parts of the city center today is carried out by a very wide and smoothly curving pedestrian bridge, which in fact can be called a square in itself. On the lower level there is a completely new walking area adjacent to the fortifications and decorated with small architectural forms and elements of landscape design.

That part of the square, which had previously been a bridge over the fortress moat, was moved so that passers-by could see the city walls built in the Venetian period in all its glory. Previously, the view of them was blocked by lush vegetation, but now they are brought to the fore.

By the way, the new bridge was built in such a way that people could freely pass under it. Thus, different parts of the fortress moat were connected. In total, it was possible to unite three sections of this moat, which are adjacent to Omirou and Stasinou Streets and are located between Dionysios Solomos Square and the parking lot near the bastion d'Avilla. 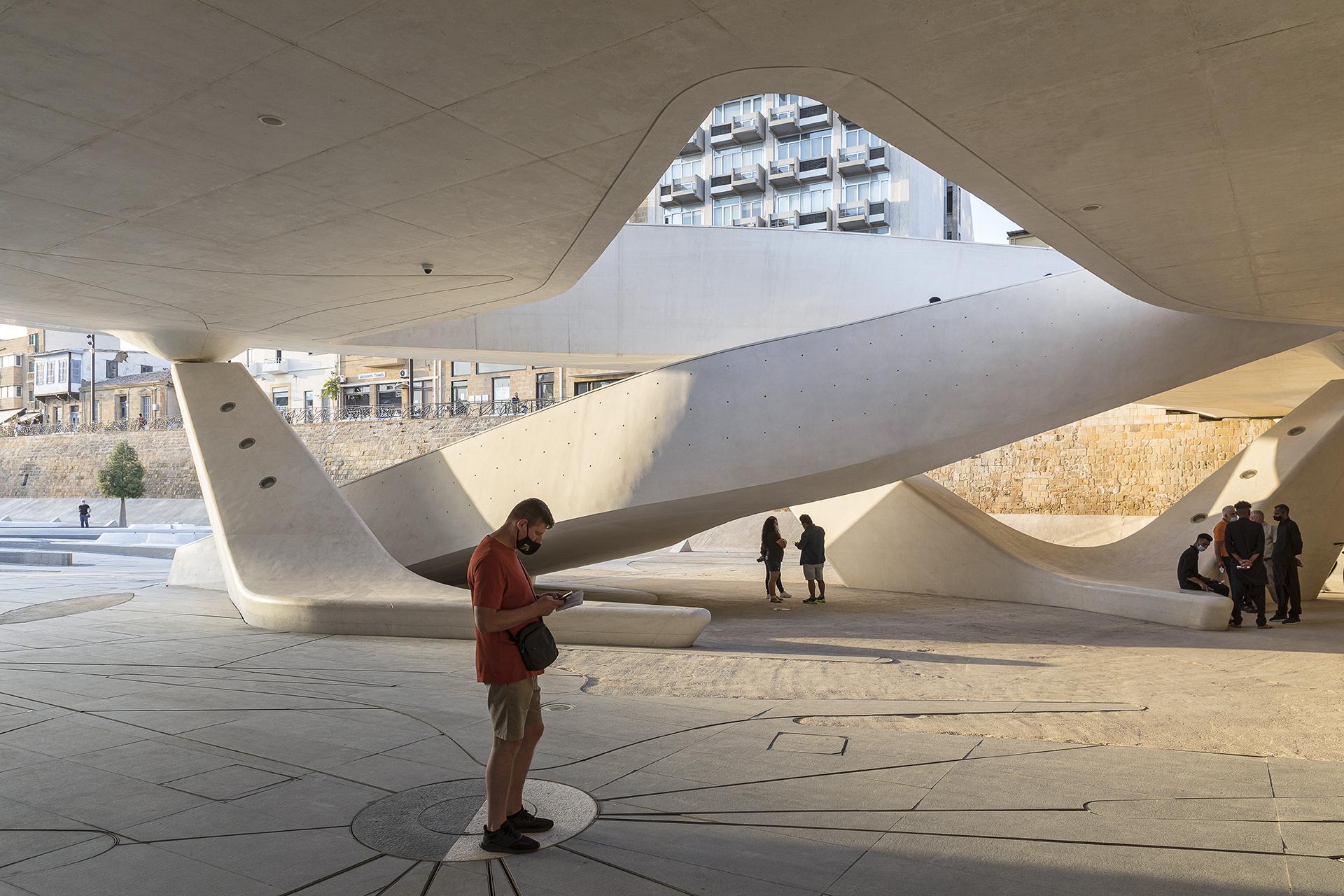 According to the Mayor of Nicosia Constantinos Yiorkadjis, the estimated cost of the project is about 36 million euros, and the actual cost was 10-15% higher.

The figures indicated by the mayor arose as a result of a reassessment of the project.

'We realized at the time that the project is much more complex than it was supposed to be at first, and that its initial budget is not enough to cover the cost of real work. As a result, we stopped cooperating with the first developer, the Miltiades Neophytou construction company, and held a new tender, which brought us to the budget figures I mentioned. It took three years to replace the developer and the difficulties associated with the high requirements for the quality of construction work, which the architectural bureau of Zaha Hadid had the right to expect,' explained the mayor of the city. 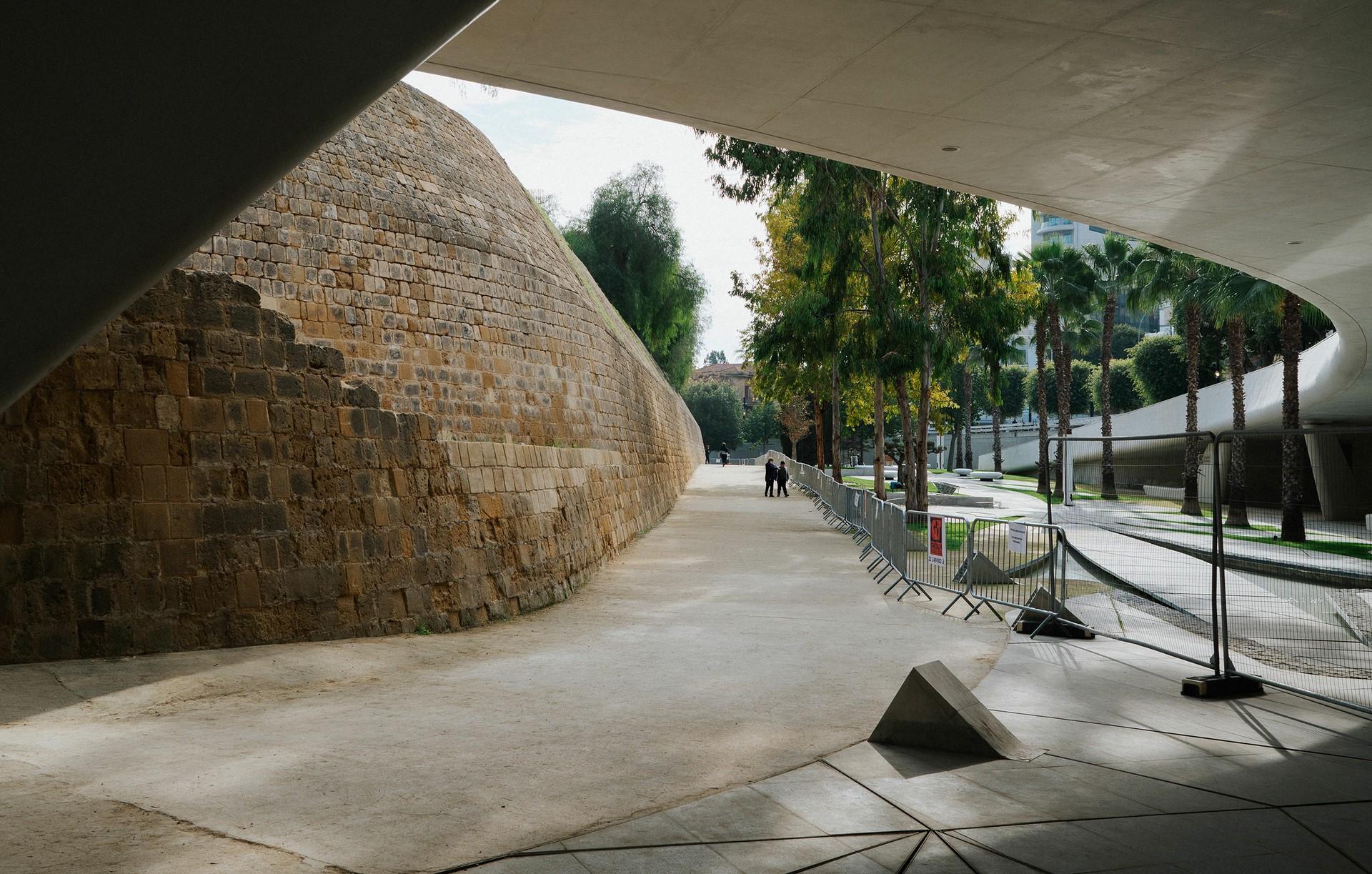 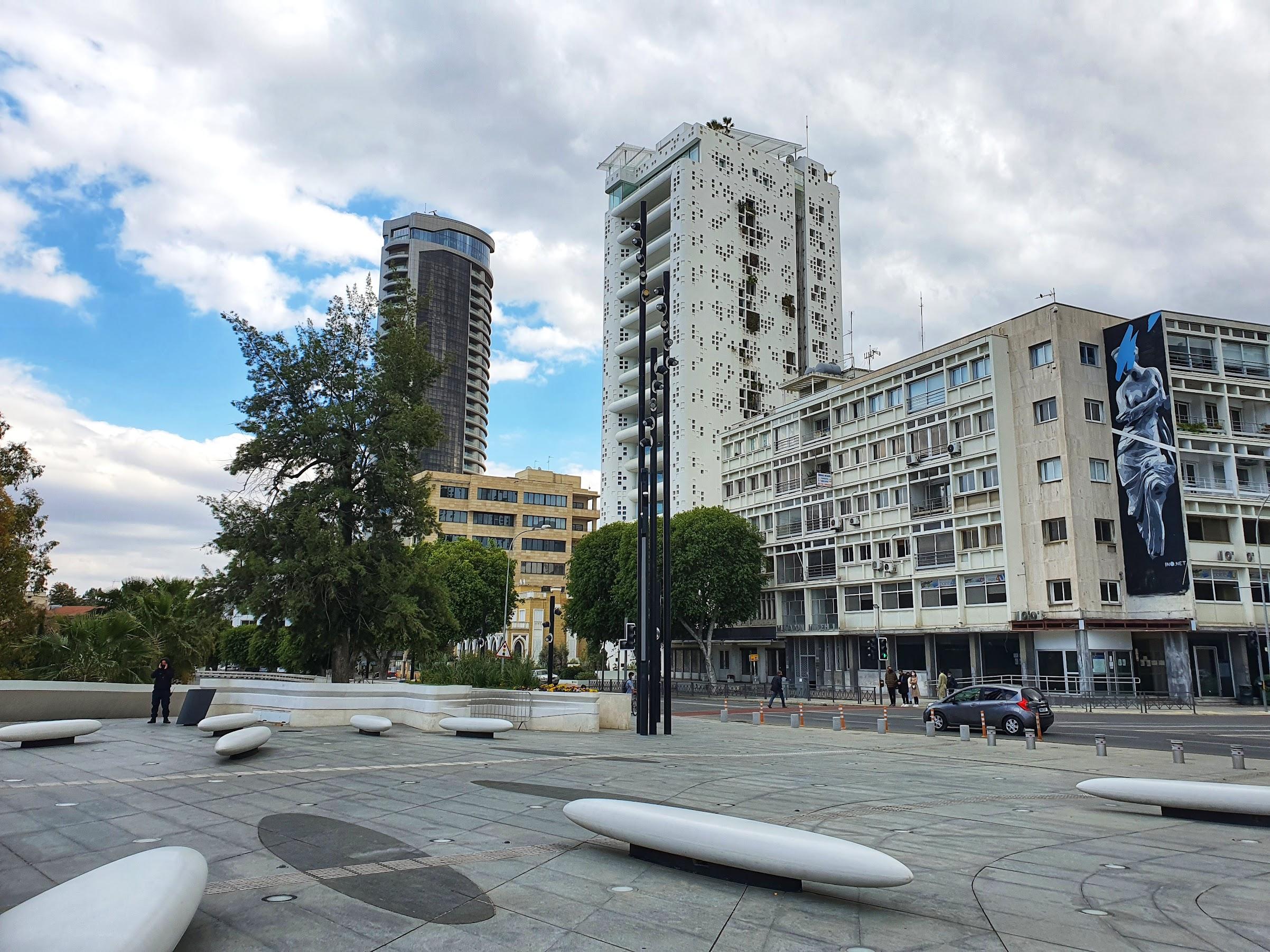 Eleftheria Square has a complicated history associated with the peculiarities of the historical development of Cyprus and Nicosia, which remains the last divided capital of the European Union.

The central square of Nicosia, now called Ataturk Square, turned out to be in the part of Cyprus that has been occupied by Turkish troops since 1974. The communities of the island divided the territories in 1963 and since then this square, on which the buildings of the former British colonial administration of the island stand, serves as the center of the northern part of the capital, which is much smaller than the southern one.

As a result of this division, the 'Greek' south of the city was already without a community center in the first half of the 1960s. Gradually forming, this center began to migrate and increasingly move away from the intercommunal border that divided Old Nicosia in half, where British troops initially stood, and then UN troops took their places. Against this background, the role of the Eleftheria Square, which then bore the name of former Greek Prime Minister Ioannis Metaxas, began to increase.

'People began to live with the new realities, and the Eleftheria square gradually began to receive impulses to find a new life. But de facto it was not so much a square as a functioning bridge and a street, however, this place began to be used for political actions, including crowded rallies, as a result, it began to serve as the main square of the capital even before the occupation of Cyprus until 1974. But she was not originally created for this role, but was only used for these purposes,' concluded Constantinos Yiorkadjis. 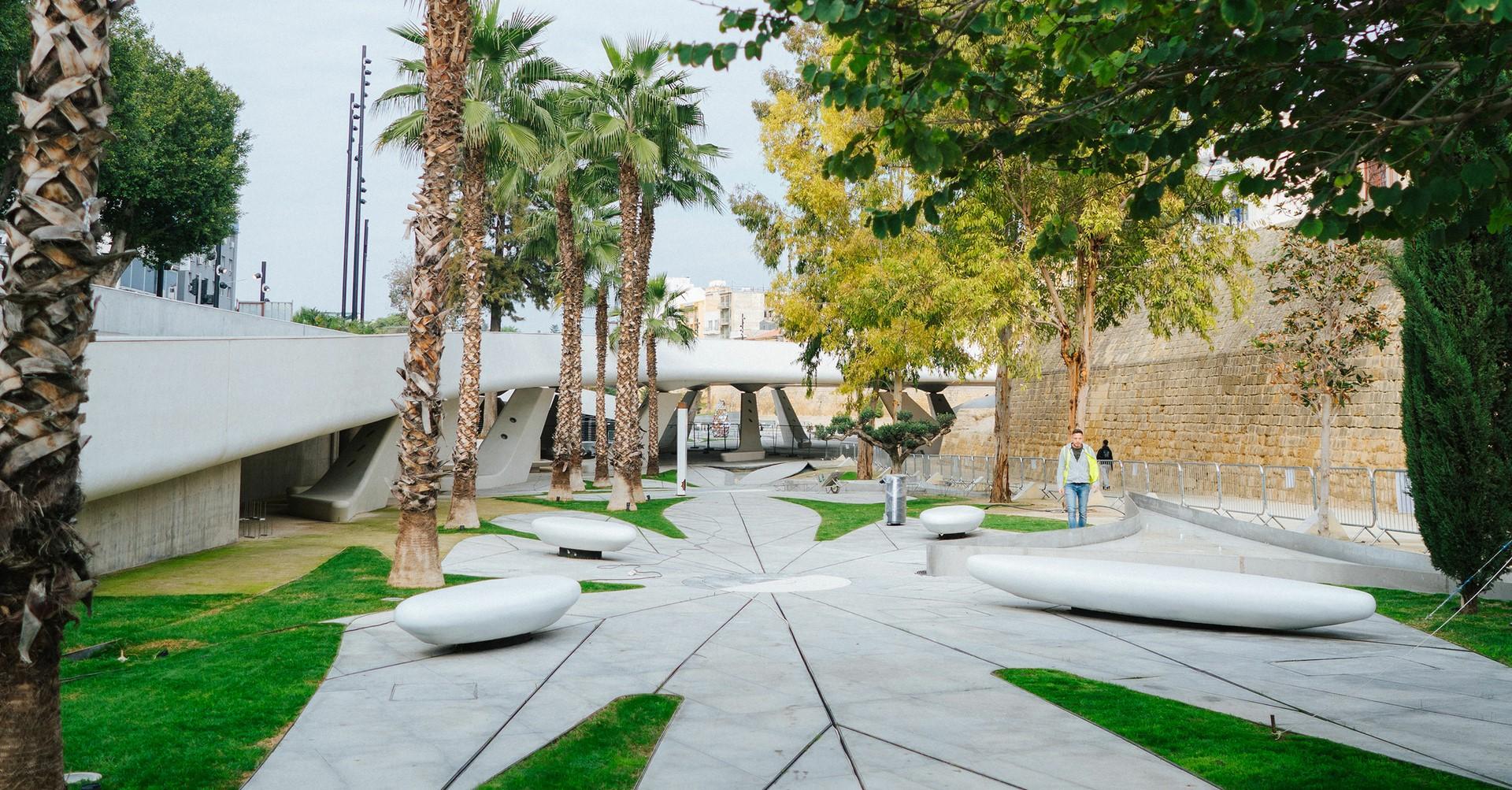 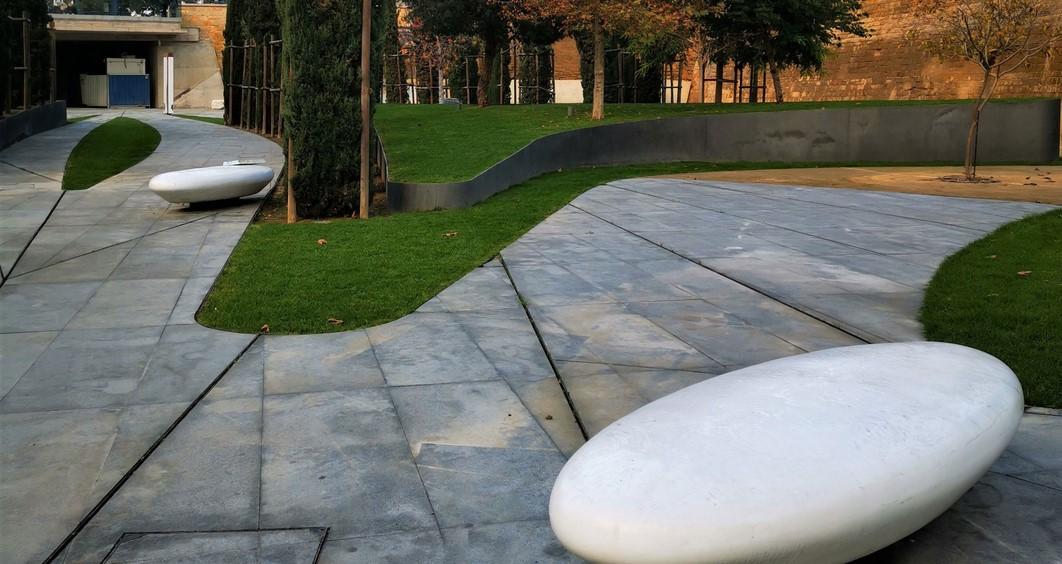 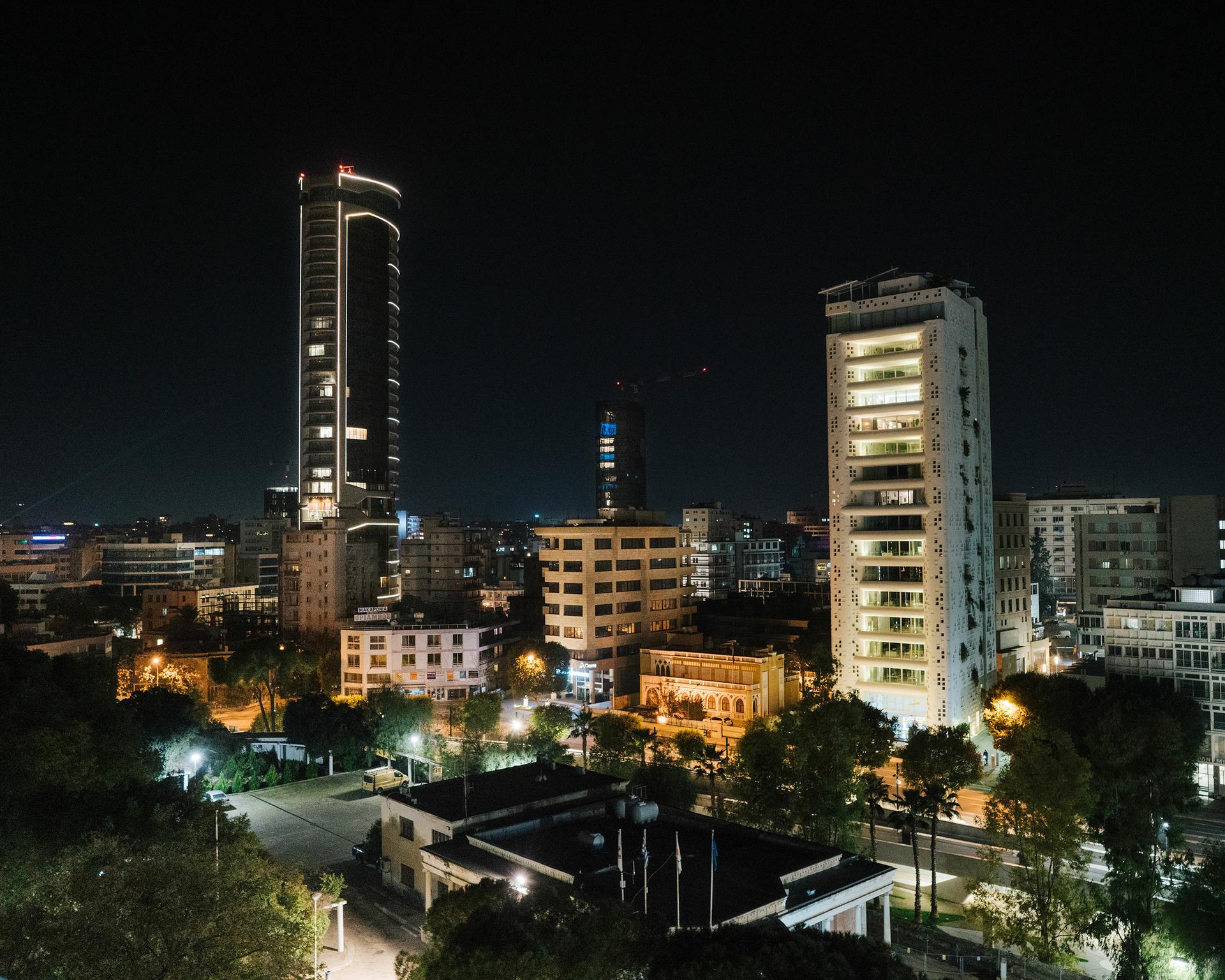