Limassol's New Football Stadium to Open in May 2022

Work on the project for a new large-scale football stadium in Limassol is progressing rapidly.

The site was recently visited by the head of the Cyprus Sports Organization (KOA) Andreas Michaelides, who was satisfied with the pace of construction. Michaelides discussed the progress of work with the developer, who assured that the stadium would be commissioned on schedule, in May 2022.

It is worth noting that the head of the KOA was accompanied by members of the board Stelios Stylianou, Andronikos Andronikou and Andreas Milonas, as well as the head of the technical service Demetres Partellas.

The construction of the stadium is at a very advanced stage, which is good news. I have repeatedly stated that I will closely and constantly monitor the progress of work, since I have clear instructions from the President of the country to inform him about the stages of construction. My colleagues and I talked to the stadium managers and are glad that everything is going according to plan. There are no delays at the moment. I hope that the work will continue to progress at the same pace, - said Michaelides.

The responsible project engineer Dimitris Apostolidis stressed that the construction of the new stadium in Limassol is proceeding according to the planned schedule. Recently, the KOA Board of Directors was provided with an update on the progress of work. 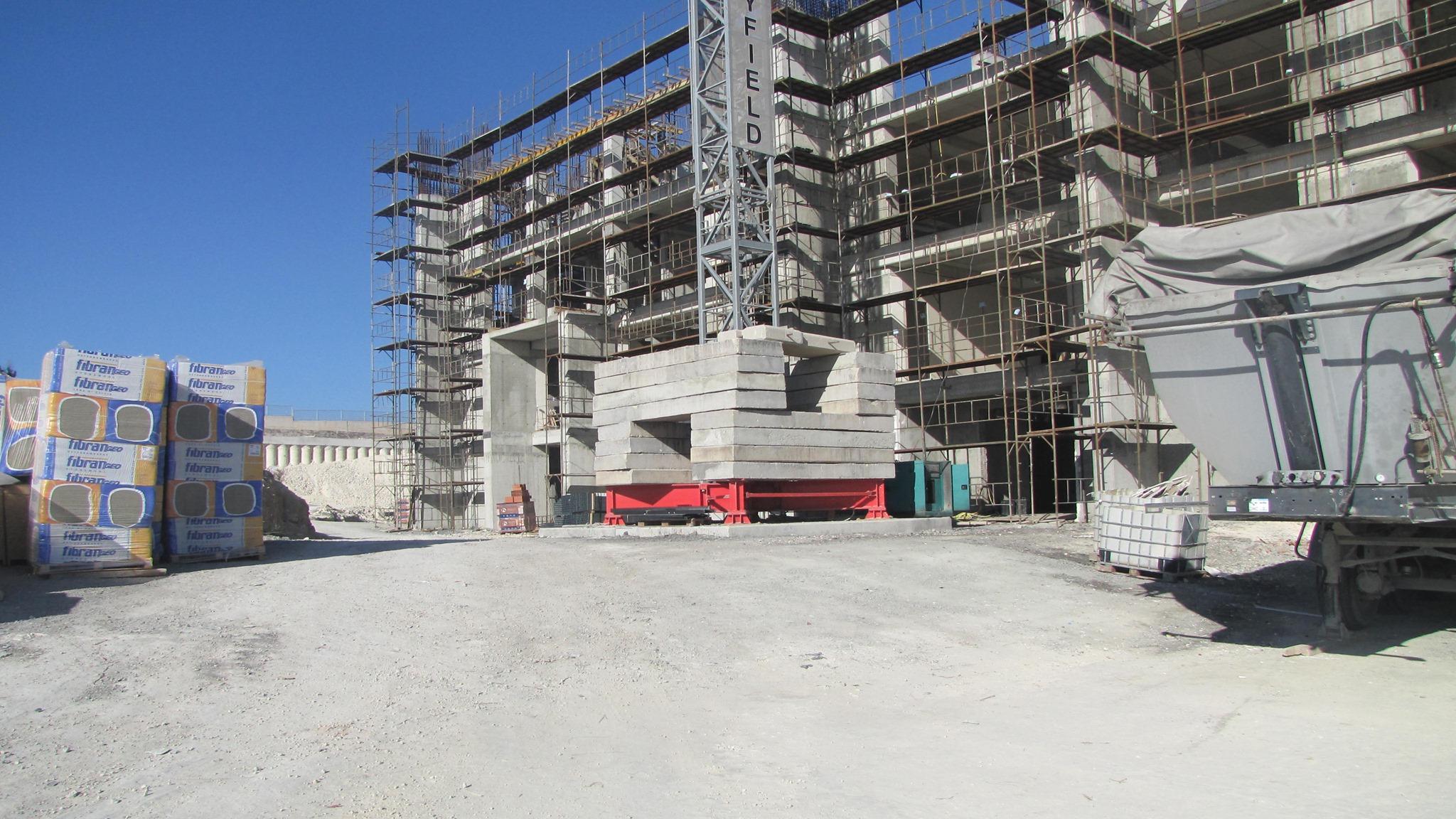 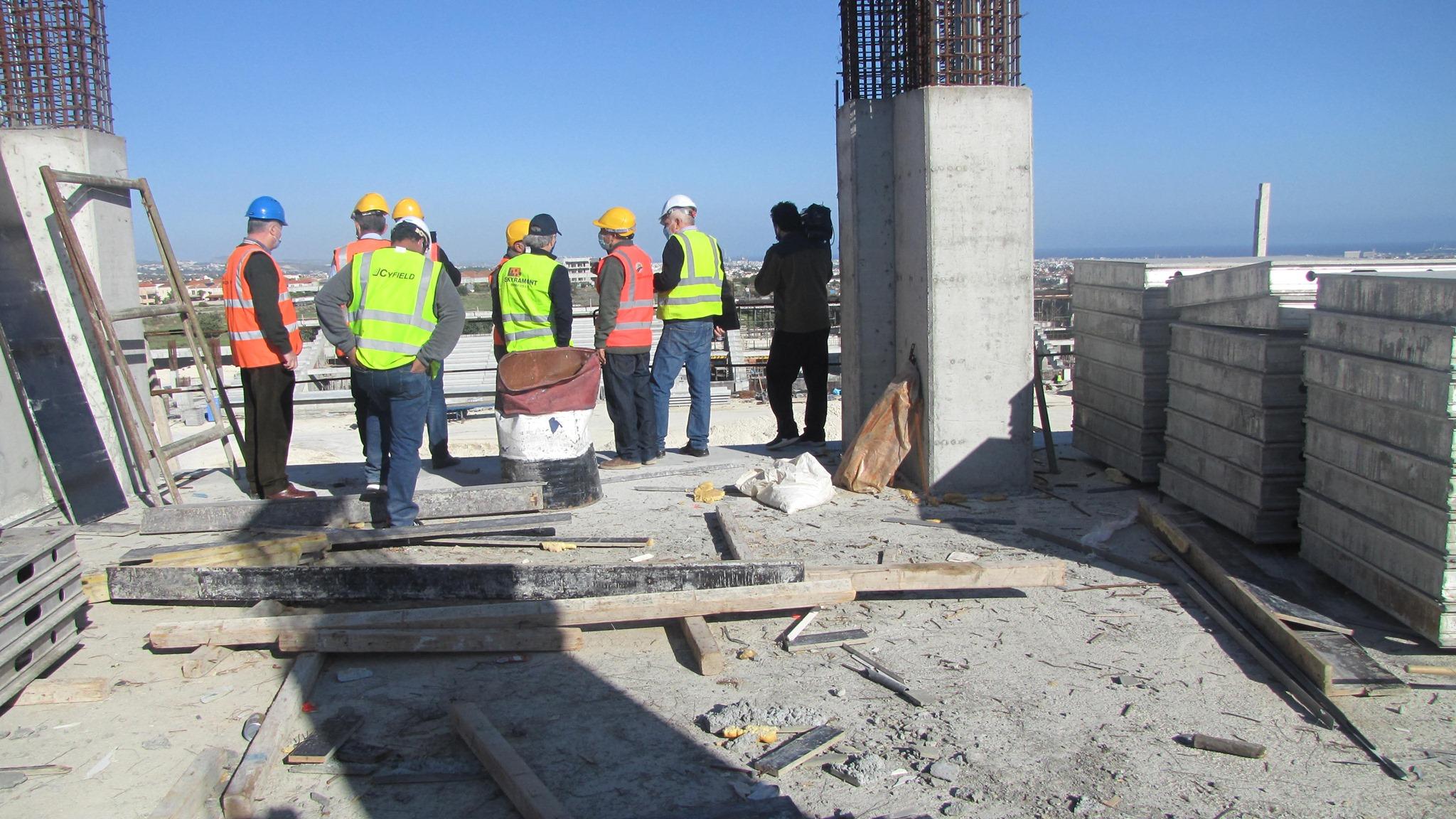 As you may know the contract for the construction of a new football stadium in Limassol was signed by the Chairman of the Cyprus Sports Organization (KOA) Cleanthis Georgiades and contractors Miltiades Neophytou and George Chrysochos, substituting the company CYFIELD - NEOPHYTOU J.V., which is engaged in the construction of the stadium, in January 2019.

According to the project, the stadium is designed for 13 thousand seats. It is being erected in Kolossi, between Spyros Kyprianou, Isaac Thassos avenues and the Limassol-Paphos highway.

The stadium will have a roof that will cover 100% of the seats, it will have 4 changing rooms, media rooms, VIP seats, closed rooms for officials and press conferences, a media work area, special seats for disabled people, a modern TV and radio commentator system as well as TV studio, cafe-canteens, shops and auxiliary fields.

The stadium will meet all the requirements of the 4th highest category of UEFA. It will be able to host European matches of the UEFA Champions League and UEFA Europa League, as well as other international matches. the stadium will host the training sessions for three football clubs - Apollon, AEL and Aris.

The project cost is estimated at EUR 29.3 million. All funds for the construction of the sports facility were allocated from the government budget. 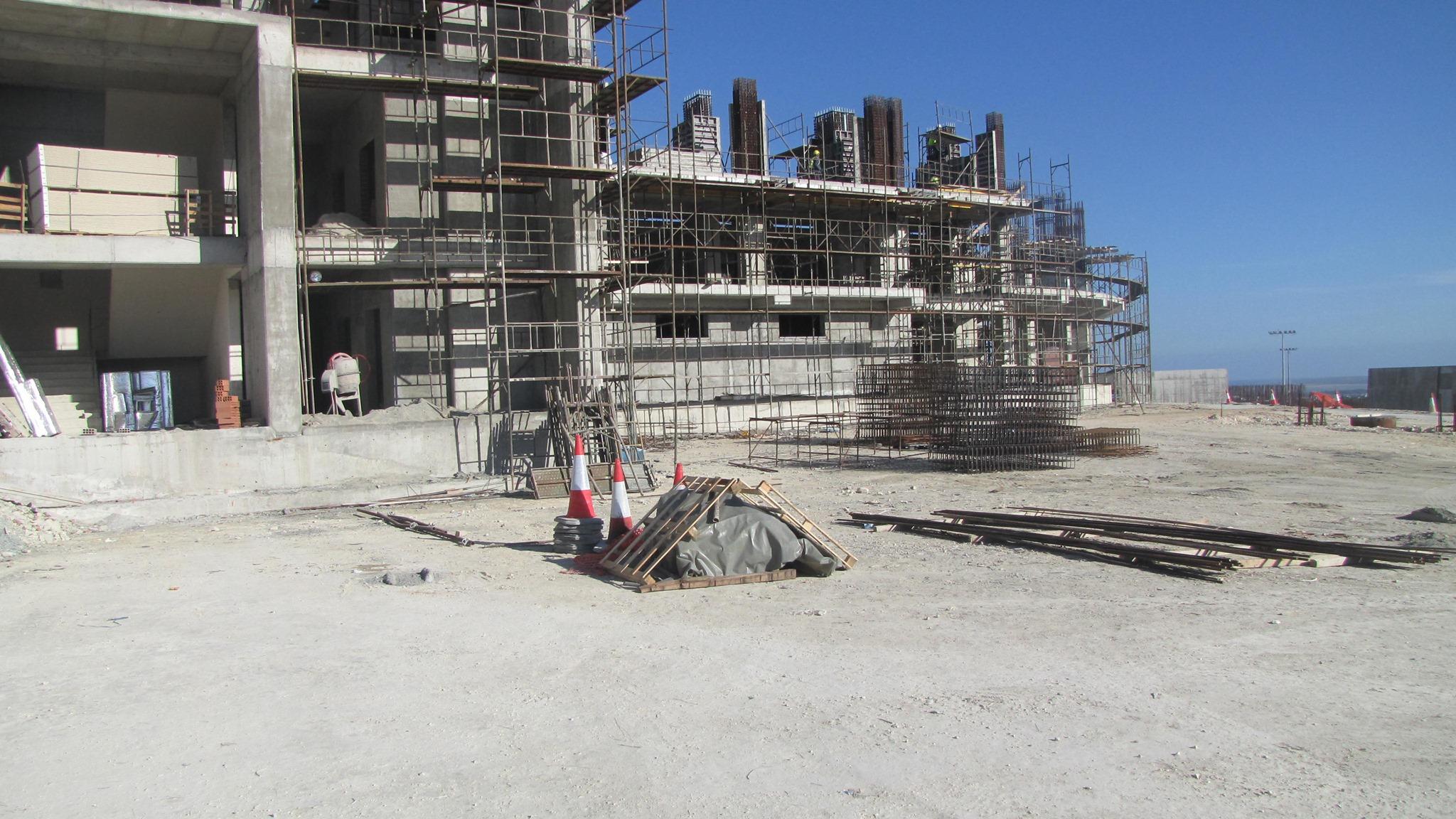