The plethora of unoccupied luxury apartments aimed at foreign investors, through the Cypriot investment program, began to trouble entrepreneurs who do not seem willing to risk new investments before clearing the pandemic crisis's vague scenario the catastrophic turmoil. Erupted around the program from Al Jazeera reports.

Indicative of the whole situation that prevails, especially in Limassol, which hosts the majority of high-rise buildings, is the reduced number of applications pending before the services of the municipality of Limassol.

According to data from Limassol's municipality, only the Loel High Rise Residential Project's application is pending, which consists of three multi-storey buildings over 30 floors each. In comparison, in 2019, there were eleven applications pending permission for 19 high-rise buildings, from 11 to 45 floors. 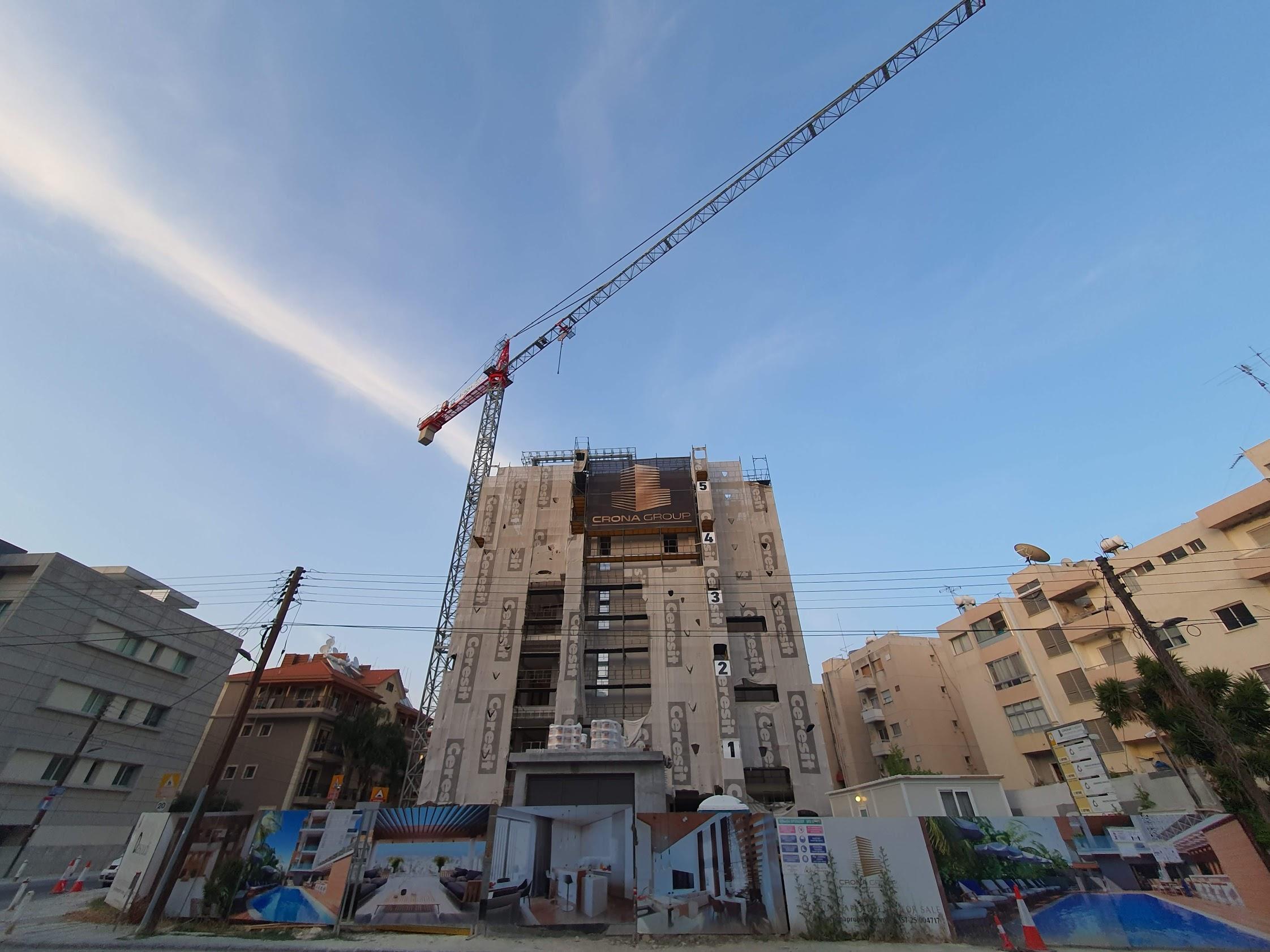 Three businessmen in statements to StockWatch comment on the reduced number of applications for high-rise buildings pending before the municipality of Limassol this year, compared to last year.

The problems with foreign investors started in 2019, said the member of the association of land development and construction entrepreneurs, Michalis Zavos. He clarified that stricter criteria and restrictive measures were applied in the licensing of large projects, such as providing one-meter distance for each floor. Also, if the building is 25 floors, there should be 25 meters from neighboring buildings; therefore, a developer needs larger pieces.

He noted that "the fillets that can lift tall buildings aimed at foreign investors have been reduced."

An inventory of vacant apartments was created due to the prevailing data. Mr. Zavos replied that "there are no vacant apartments in the high-rise buildings that are in progress or have been completed and cited as an example Del Mar, a project of the Zavos groups and Leptos, from which 85% of the apartments have been sold ", he pointed out.

"The problem may be in the new ones that will be building or are about to start because there is a stagnation in demand due to the problems with aviation because, as we know, our investors come mainly from Russia and China."

Referring to the reduced number of applications pending before the competent services of the municipality of Limassol, he reminded that a significant number is evaluated by the town planning, which is the competent authority that turns green to proceed with a project of this scope.

The CEO of the Cyfield group, George Chrysochos, spoke about many unoccupied apartments for foreign investors to obtain a Cypriot passport, who sees the developments in the real estate market from another angle. 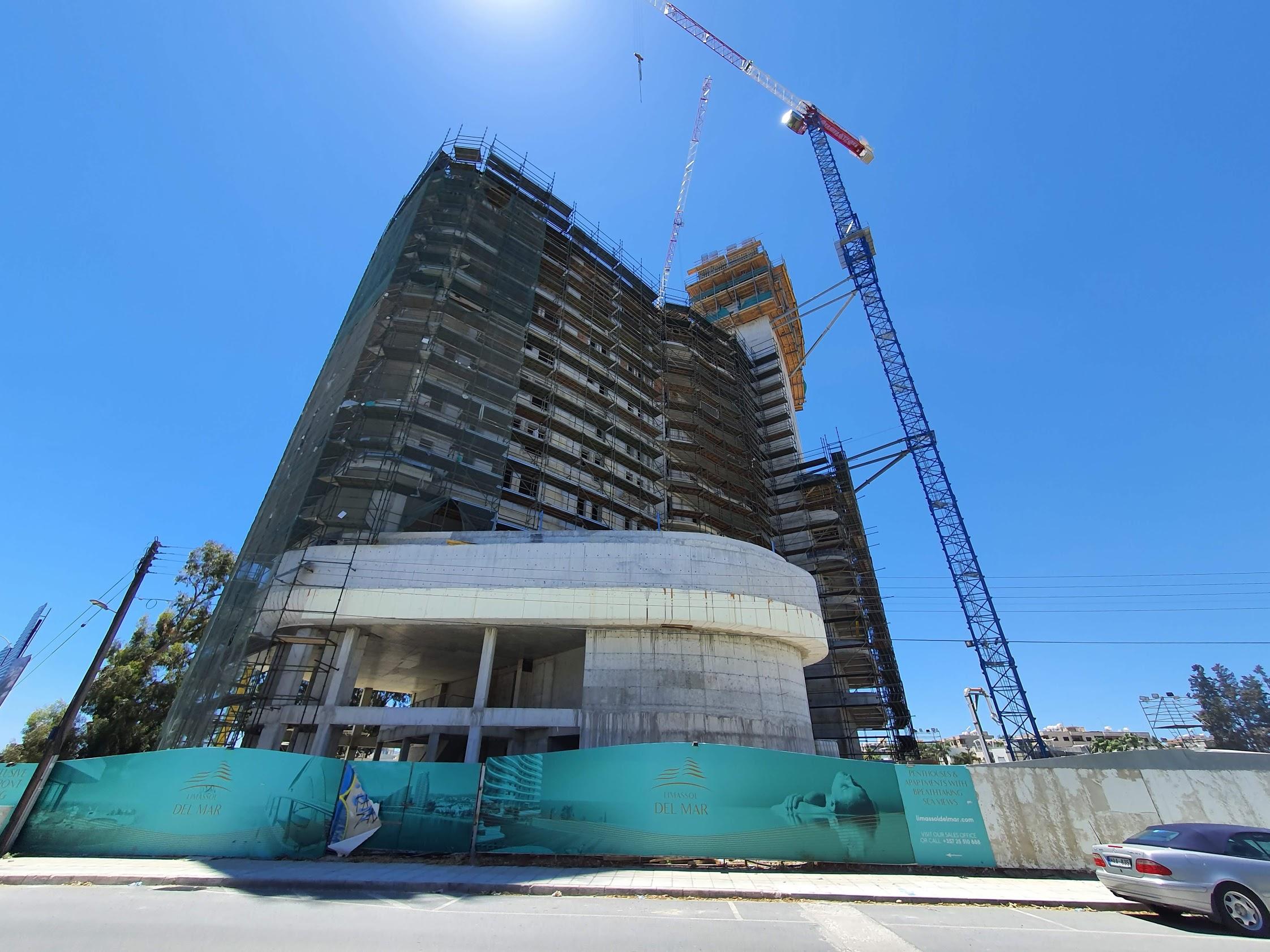 "The Limassol market has reached saturation with the result that a large number of apartments remain unavailable. Fifty-four high-rise buildings from 11 to 45 floors, all on Limassol's coastal front, may not have been approved by the town planning. I do not think that with these numbers, one will try to build a tall building. "The interest of foreign investors has waned due to the problems that prevail internationally."

He added that "applications from foreign investors are around 20 per month,", indicating that investors will not only buy in Limassol, but some will also go to Paphos, Nicosia, or Larnaca. "So the demand concerning the supply is very reduced, which is why the market cannot absorb real estate," he explained.

As he stated, "the only market that is doing well today is Nicosia because it has the deep local market which also attracts foreigners."

According to Mr. Chrysochou, the increased demand in Limassol has skyrocketed the cost of land in recent years. And it is unlikely that anyone will decide to take the risk of buying a property for € 3 000 or € 4 000 per square meter when they do not know what it will be—the evolution of the investment program.

The sales manager of Danos - Real Estate, Angelos Konstantinou, also spoke about the saturation of the real estate market in Limassol, emphasizing that "Limassol has a large number of properties that are addressed exclusively to foreign investors, which, however, have decreased for various reasons.".

"The problems in the circulation as a result of the coronavirus. The defamation of the Cypriot program by the foreign media and the banks' pressure on the investors after the application of the stricter criteria have resulted in diminishing the interest of foreign investors, and a large number of luxury apartments can not be absorbed by existing demand ".

Mr. Konstantinou also blamed the state services for the long delay observed in the examination of an application, as a result of which the investors became indignant and left Cyprus.

He also disagreed with his colleague Michalis Zavos, that the large plots of land in Limassol have been reduced. He argued that along the coastal front, especially from the marina to the port, there are large enough fillets suitable for large-scale development, which, however, foreign investors can only buy because their value has skyrocketed due to high demand in recent years.