On Wednesday, November 24, the Municipality of Larnaca announced that the transfer of terminals for the storage of oil and liquefied petroleum gas (LPG) from the coastline in the area on Dhekelia road is being postponed again.

As it turned out, this is due to the delay in the construction of new reservoirs in Vasiliko.

As you may know, oil storage facilities occupy a favorable territory. They are located in the coastal area a few minutes drive from the city center, on the road connecting Larnaca with the suburbs.

The Cyprus Oil Refinery that was previously located there was closed in April 2004, and an oil storage facility was created instead. Private fuel companies operating in Cyprus, as well as the state organization CODAP, responsible for maintaining the volume of strategic fuel reserves of the republic, kept their reserves here.

In May 2018, Petrolina demolished its first fuel tank. It was the largest in terms of capacity ever built in Cyprus. In March of this year, the company began dismantling another 19 fuel tanks with a total capacity of about 40 thousand m3. It was given 3 months to do this.

Another company, Hellenic Petroleum, also began demolishing its tanks in April of this year and was supposed to clear the area by summer. During the demolition, all its facilities, pipelines, tanks and equipment were dismantled. 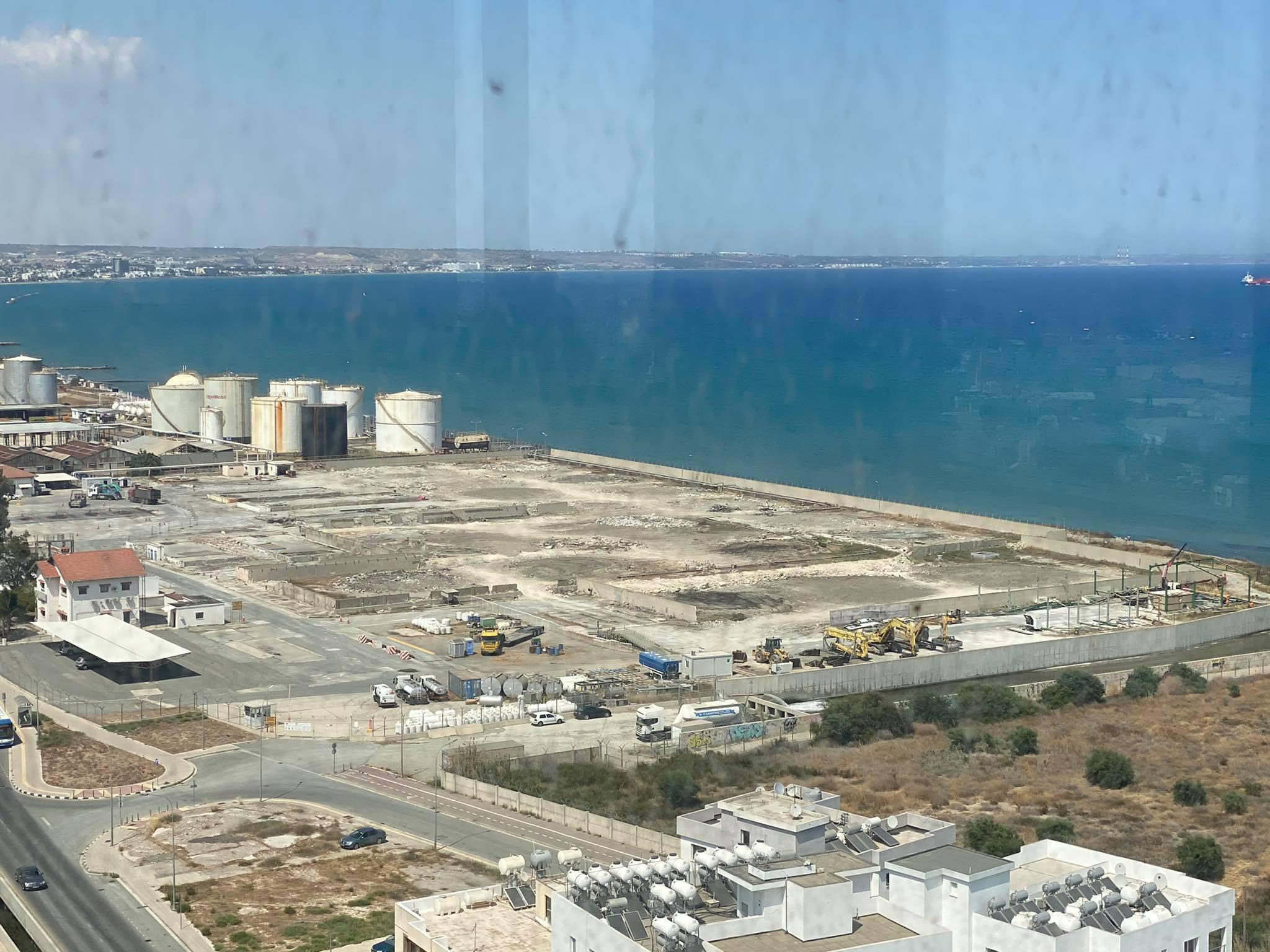 According to preliminary data, the municipality of Larnaca intends to transform the territory of the old oil refinery into a convenient urban space for people: to create a promenade along the Larnaca-Dhekelia road, a linear park covering the coastal strip. In addition, the municipality plans to put in order the artificial channels flowing from Livadia and the Archangelos Kamitsis River, which is located near Jumbo. On the vacated land, it is proposed to create a garden city "Arkolivada", as well as to build up the territories with residential and tourist micro districts.

It should be noted that on Monday, Petrolina Bayfront Ltd (PHL) announced the completion of a deal to purchase land plots on the Larnaca – Dhekelia coastal strip from ExxonMobil Cyprus Limited. In particular, under the terms of the contract, three plots with a total area of 76,254 m2 were transferred to Petrolina Bayfront Ltd, together with the oil storage facilities that are currently located on them.

Detailed information about all projects in Larnaca can be obtained from the specialists of the DOM real estate agency by phone +357 24030062, or by person: Gregoriou Afxentiou 7, Larnaca, 6023, Cyprus.