Developers concerned about the cancellation of Cyprus investment program

Developers concerned about the cancellation of Cyprus investment program

Real estate entrepreneurs are trying to measure the cost of scrapping the investment program and decide how to manage it the next day. Entrepreneurs are in a state of deep concern following the government's decisions last week to end the naturalization plan and the Commission's fateful decision to launch infringement proceedings against Cyprus and Malta.

On the one hand, they have to manage their investment plans, a meteor due to the abolition of "golden passports" from November 1. On the other hand, they have to find solutions for their clients who have not secured all the documents, and their applications are pending.

Especially for the entrepreneurs whose development plans are mainly based on the sale of luxury real estate to foreigners in exchange for the Cypriot passport, the situation is more complicated. 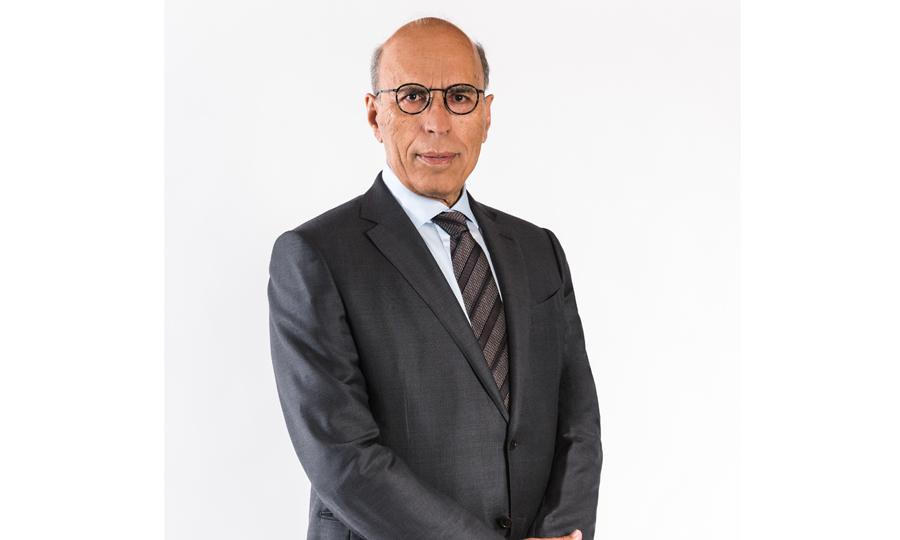 Commenting on the situation, the CEO of Pafilia clarified that "corruption is one thing and investment programs are another. It is unfair, with all this situation that has been created, the cost to be paid by the right professionals. It is unfair for all entrepreneurs to be considered fraudsters, as are all their customers. We have selected our customers, and we make a great effort in this area. With all this situation, we lost our minds and became dizzy. To a large extent, we will all be affected. I think those entrepreneurs who say they are not affected are not telling the truth and are not describing the real situation. Now we are trying to understand what is happening, we are professionals, and we can not make hard decisions. We want a reasonable time to assess the situation and see how we proceed next. In general, the real estate sector will be affected by the economy, which is currently being tested by the coronavirus pandemic's effects. "What we should do as Cyprus was to try to fix the imperfections of the program and not to abolish it."

The CEO of Cybarco, a member of the Lanitis Group, states that the Cyprus Investment Program had a considerable contribution to Cyprus's exit from the financial crisis of 2013. According to the study of Ernst and Young Cyprus (EY), which evaluated the effects of KEP on the Cypriot economy for 2013-2018, the total amount of its direct and indirect contribution is estimated between € 7.6 to 9.7 billion. It has also created around 10,000 jobs and contributes to the continuous employment of more than 40,000 employees in the wider construction sector. Undoubtedly, the abolition of the program will affect the construction industry and the local economy in general, especially at this critical juncture, with the heavy blow it has received from the COVID-19 coronavirus pandemic. The program acted as an additional incentive for the buyer, who has countless options. To be able to continue attracting foreign investors to Cyprus, we need immediate incentives, which we expect from the state to support the construction industry. Cybarco is a member of the Lanitis Group, with a successful course of over 75 years. With its consistent policy and its timeless reliability to its customers, despite the projected reduction in the sector, it aims at this time to respond to its existing buyers, for the timely completion and delivery of our projects ", which we expect from the state to support the construction industry.

The executive consultant of the Cyfield group points out that "the interruption of the program will affect the developers who are directly exposed to luxury real estate related to the issuance of Cypriot passports. We as a company are not very exposed, but it was a decision that was made suddenly. Some of the developers will face severe problems, and it is possible to see 2013 scenarios in the economy. Let us not overlook the fact that the construction sector contributes to GDP of around 20%. Just because the program was cut so suddenly causes big problems. Imagine a customer who has deposited € 2.5 million, has ten days to make the application and send the required documents. What we are asking for is a reasonable extension of time for existing markets by investors. It is not enough that we once lost our credibility as a country; we come for the second time to lose it and to deceive the customers. Some investors want their money back and start serious adventures. Investors do not manage to complete the applications with the sudden suspension of the program. We ask the Ministry of Interior to accept some incomplete applications and if a document is missing to be extended so that investors can bring it. We are not asking for the program to be extended, but for a short period, existing operations are not lost. We will try to adapt to today's data, but let the authorities help us. " There are investors who want their money back and start serious adventures. 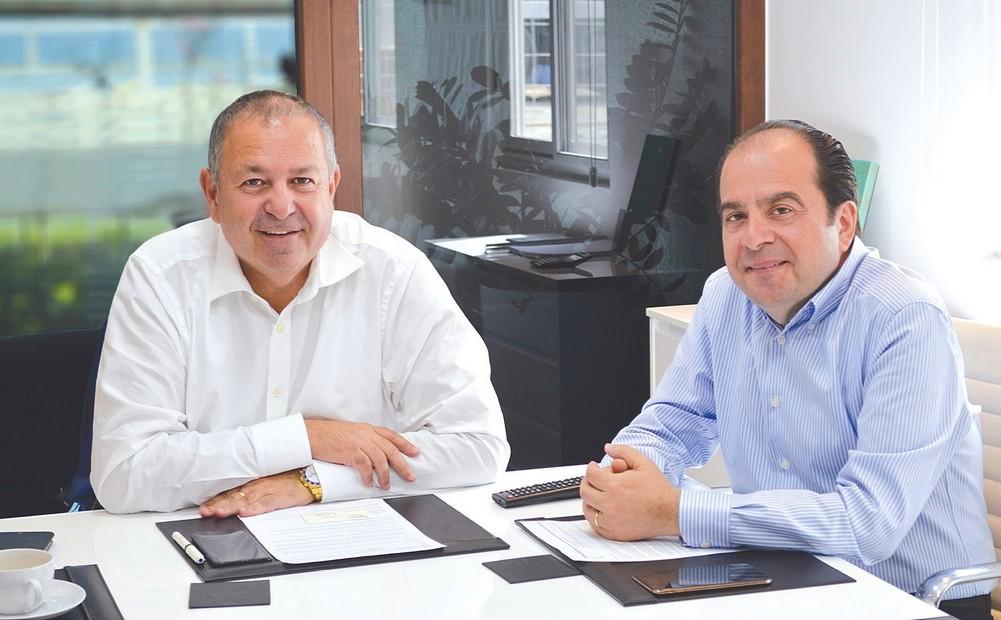 Michalis Zavos (Zavos Group): The economy will have serious problems

The first executive director of the Zavos Group of companies stated that "it is a hasty decision to stop the program, which causes big problems. What needs to be done now, in the first phase, is to allow applications to be submitted and then the government to review the applications. Some investors have already paid the advance based on the existing plan, which is much stricter and requires more paperwork, but due to the problems of Covid-19 have not yet been able to secure them. There is a risk that some investors will take legal action against Cyprus if we tell them that we will have to submit all your documents within ten days. The interior minister himself was the one who said, a month ago, that the program is armored and reliable and then decided to abolish it. The next day will be tragic if there is no other plan. We had a product based on a specific clientele, and we sewed a suit on it. The product we have made is aimed at specific customers. Now we will not be able to sell the properties, and they will be left quite unsold. We have lost our credibility. From the end of the project, jobs are lost, projects in the works, and new ones will not start. "The economy will have a serious problem, and I wonder amid a coronavirus how the government will cope with problems in the construction industry and credibility in a terrible mess." 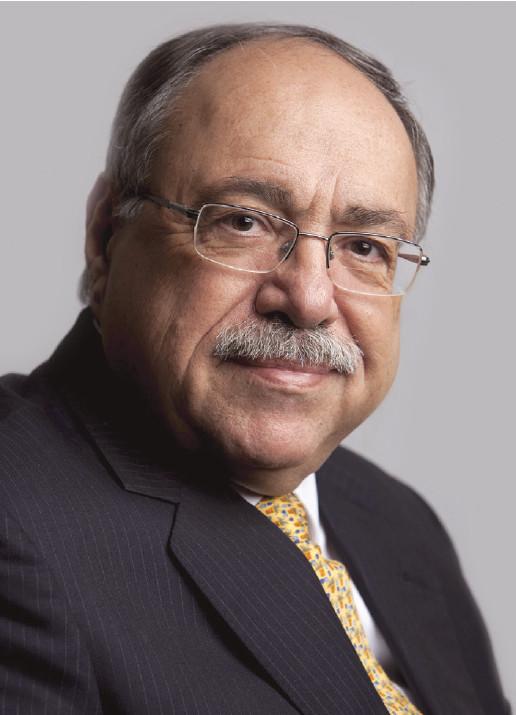 Th. Aristodimou: A solution must be found

The chairman of the board of directors of the company (Aristo Developers) explained that "the decision to abolish passports will cause significant problems in the construction industry and the survival of dozens of professions, with an impact on employees and banks. Bank accounts are expected to be affected, and dozens of businesses will have serious survival problems. We currently have much real estate to meet the demand for passports, and it must be borne in mind that these projects took a long time to prepare until we proceeded with the process of licensing the projects. We do not know where the properties left at the end of the naturalization program can be sold. The shock that the economy will suffer is difficult to predict, and if there is no solution, serious problems will be created in the local economy. It is unfair to say that about a dozen people have benefited from the Cypriot passport program. "Thousands of people involved in the construction industry have benefited from the program."