The Cyprus Confederation of Professional Craftsmen and Shopkeepers (POVEK) of the Republic of Cyprus accused the Archbishop of the Orthodox Church of Cyprus (KOC) Chrysostomos II of wastefulness and unwillingness to help small businesses.

POVEK General Secretary Stephanos Koursaris said that while the Archdiocese has spent several million euros on the construction and luxurious decoration of a new chirch in Nicosia, Archbishop Chrysostomos II is refusing to even respond to a request from small store owners to reduce rents due to the crisis caused by the coronavirus pandemic.

Despite numerous letters from POVEK with a request to reduce the rent for all retail outlets located in the buildings belonging to the KPTs, the archbishop ignores them. The Church, as the largest property owner in Cyprus, could set a good example for other property owners by taking the lead and approving a sharp rent cut, instead, requests for help are ignored. However, POVEK does not intend to give up until the Church realizes that it must support small and medium-sized enterprises that have been renting commercial premises from it for a long time, - said a POVEK spokesman.

At the same time, Koursaris noted that Chrysostomos II does not spare any money for the construction of a new temple in Nicosia, in which about 10 million euros have already been invested. 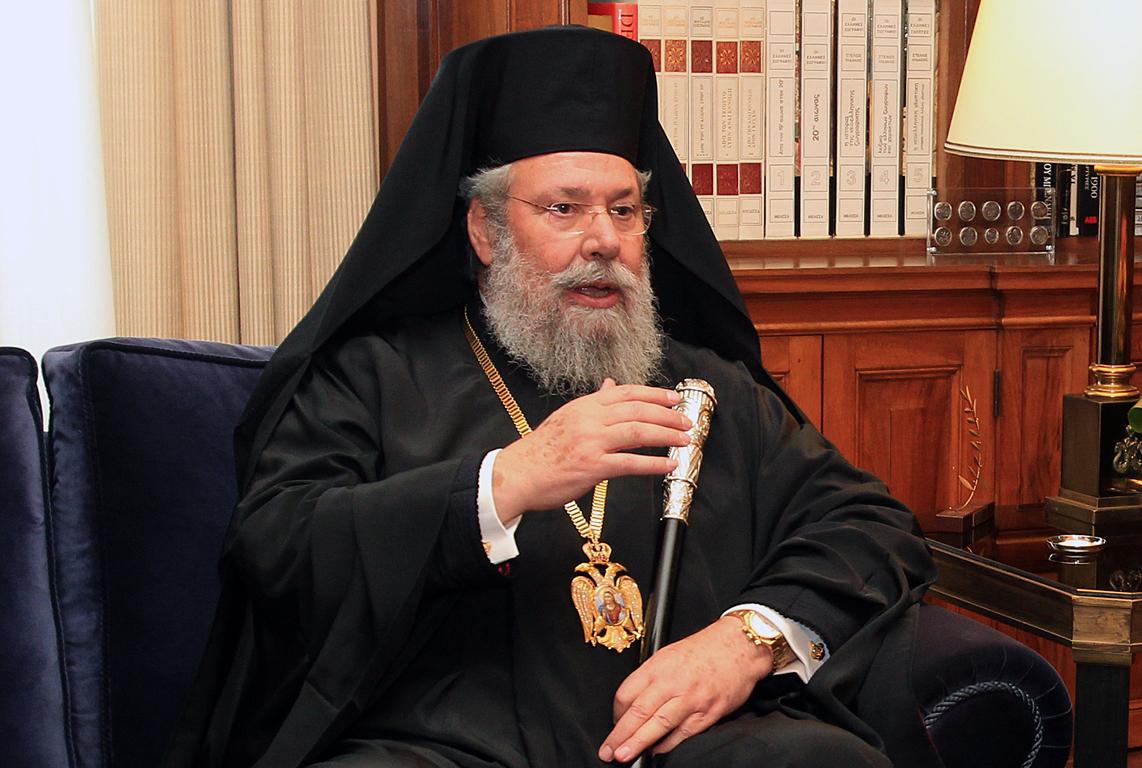 By the way, the history of the construction of the church goes back more than 10 years.

The archbishop announced his intention to build a new church in 2010. However, instead of support, he received a wave of criticism. In the summer of 2010, numerous protests took place in the capital. In turn, the archbishop did not hesitate to give the issue a political connotation, stating that "the protesters are left-wing people who cannot give advice to the Church."

Although, the protests were attended by the Civil Engineers and Architects Association, scientists from the Faculty of History and Archeology of the University of Cyprus and members of the Aesthetic Control Committee of the Municipality of Nicosia.

The problem was the size and height of the new cathedral, which, according to opponents, would forever change the appearance of the historic district of Nicosia and burden the center with transport problems.

The archbishop had to change the project plan twice. Finally, on July 6, 2010, despite the protests of the residents of the city, the majority of the members of the Nicosia Municipal Council approved the construction of the temple. 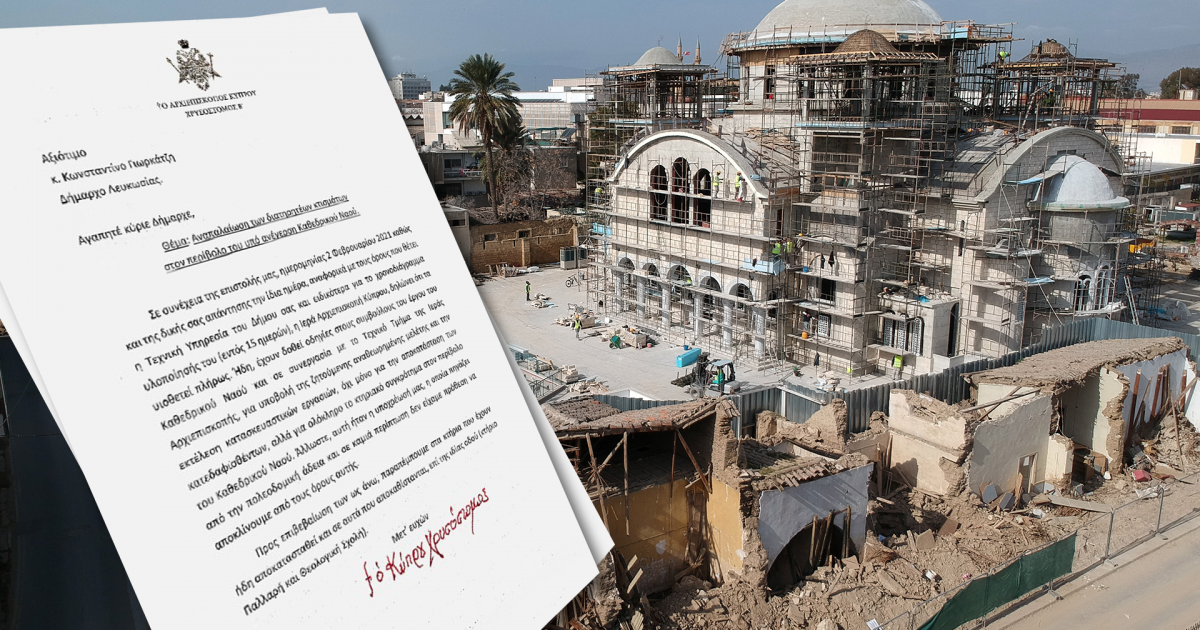 On top of that, the archbishop did not hesitate to demolish the historic buildings around the church so that it can be clearly seen from all sides.

A funny excuse was the fact that the demolition was done by mistake. 'The excavator bucket accidentally hit the old building's wall'. Finally, the opening of the new church, work on which has not yet been completed, took place on Saturday, April 24, 2021 by the archbishop himself, and the first Divine Liturgy in the new cathedral of Nicosia was held on Palm Sunday.

It must be said that several million euros have already been invested in the temple. It is assumed that the final price will amount to just over €10 million. 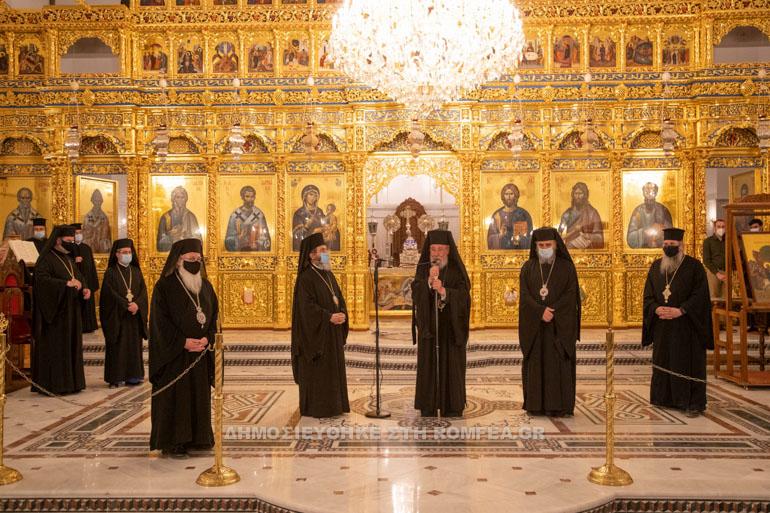 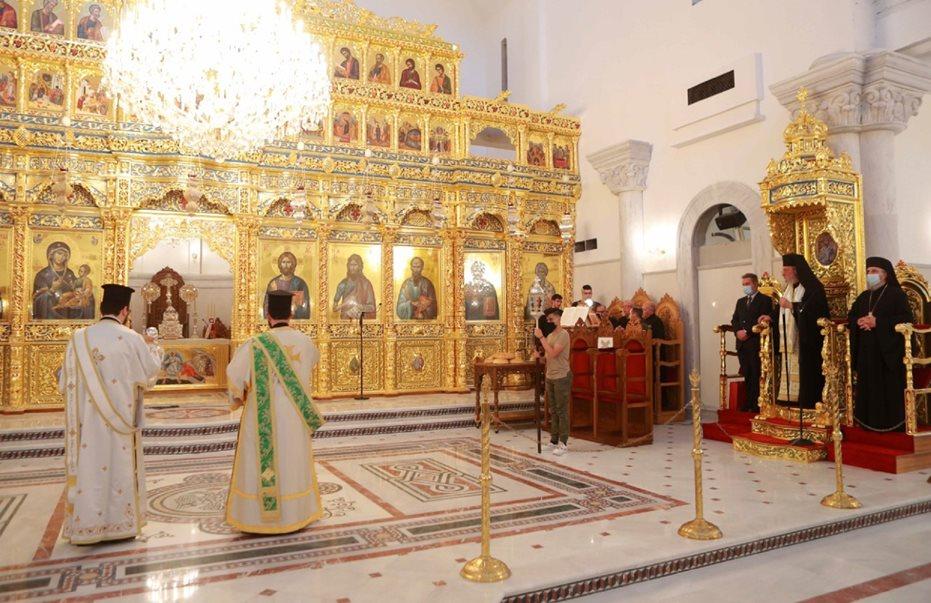 As the archbishop recently stated, he does not skimp on the construction of a new church. The chandeliers were purchased from the Czech Republic, the bells were brought from Poland, the marble decorations and floors were from Greece. The mosaics of the temple, as well as the stained-glass windows placed in the dome of the temple, were made in Romania. The carved Holy Table was made from three types of wood used in the Cross of Christ: pine, cypress and cedar.

In addition to its luxurious interior decoration, the new temple of the Apostle Barnabas boasts a large area, meeting rooms, museum premises and three chapels. In addition, under the temple there are 2 underground parking lots for 140 cars.

At the same time, when the archdiocese has spent several million euros on the construction and decoration of the temple, the archbishop refuses even to respond to the request of the owners of small shops to reduce the rent due to the crisis caused by the pandemic. But we won't give up. After all, we are talking not only about the survival of our business, but also about our physical survival, - concluded in POVEK.