A tree growing right out of a house. Old curtains, dark frameless window.

Shards of glass in another window look like shark jaws with sharp teeth. In the silence and desolation, bravura music is heard from somewhere. Next house. Lush bushes of bougainvillea, oleander and prickly pear, which have captured all the free space and make their way inside the house. 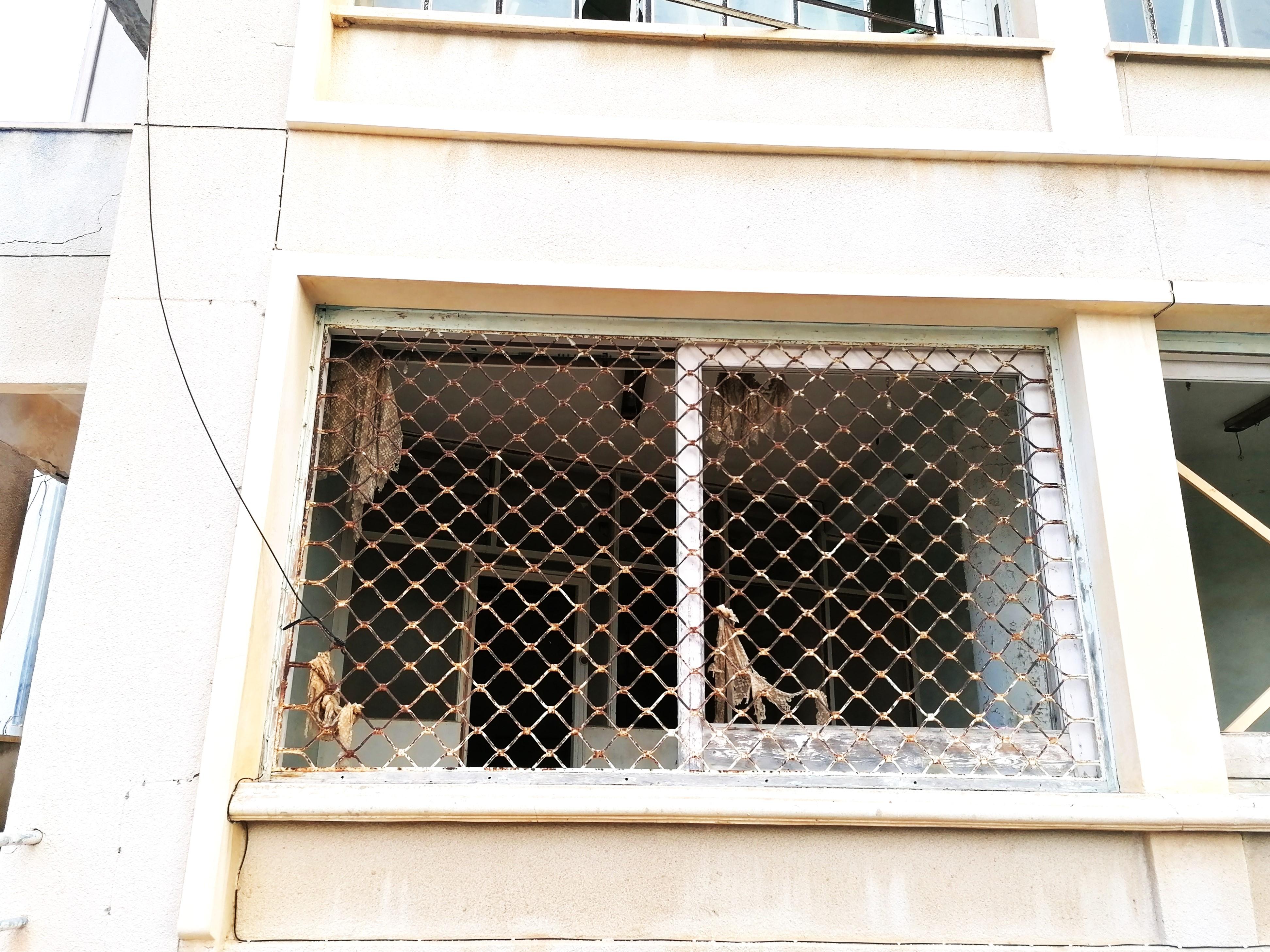 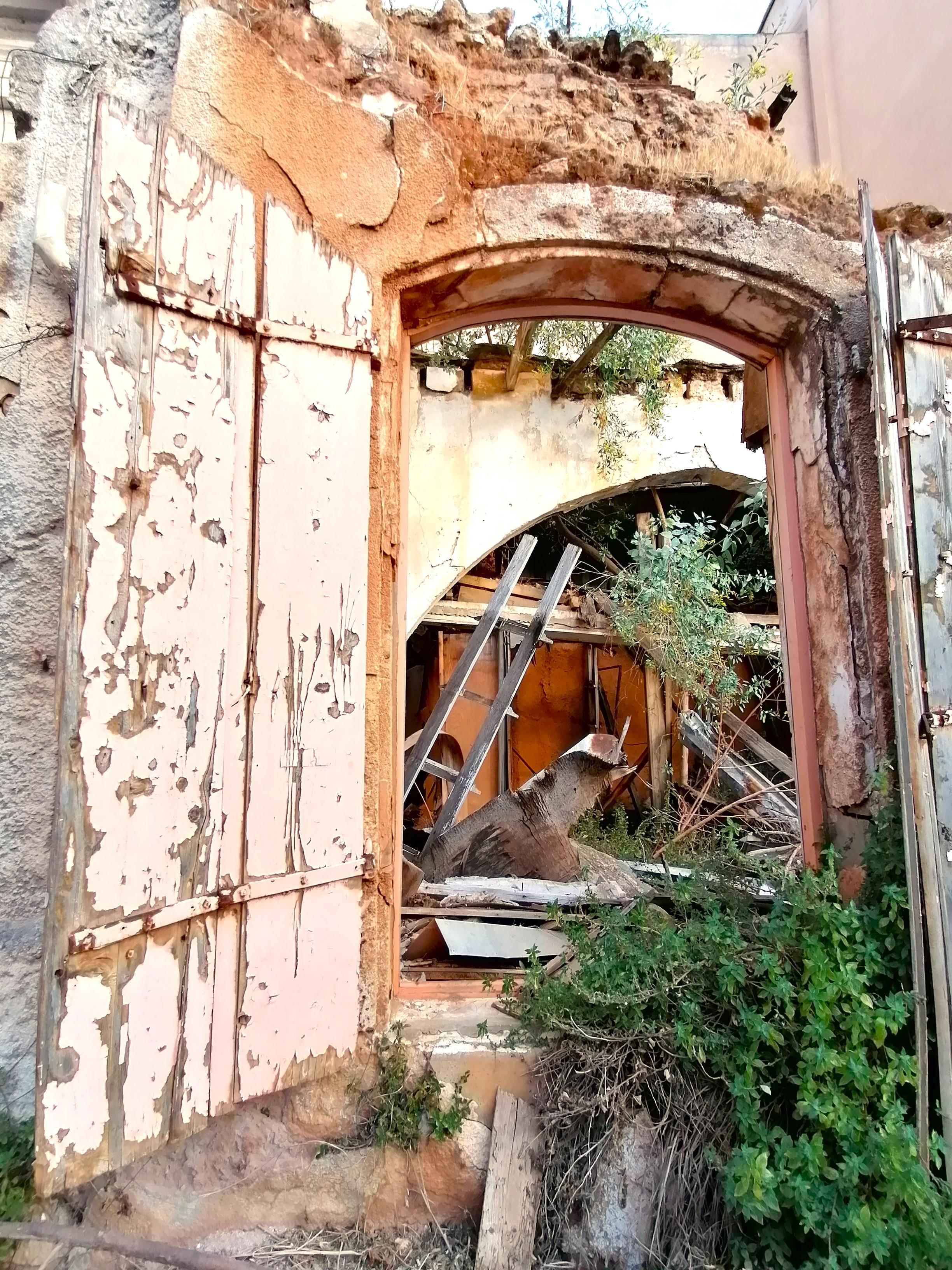 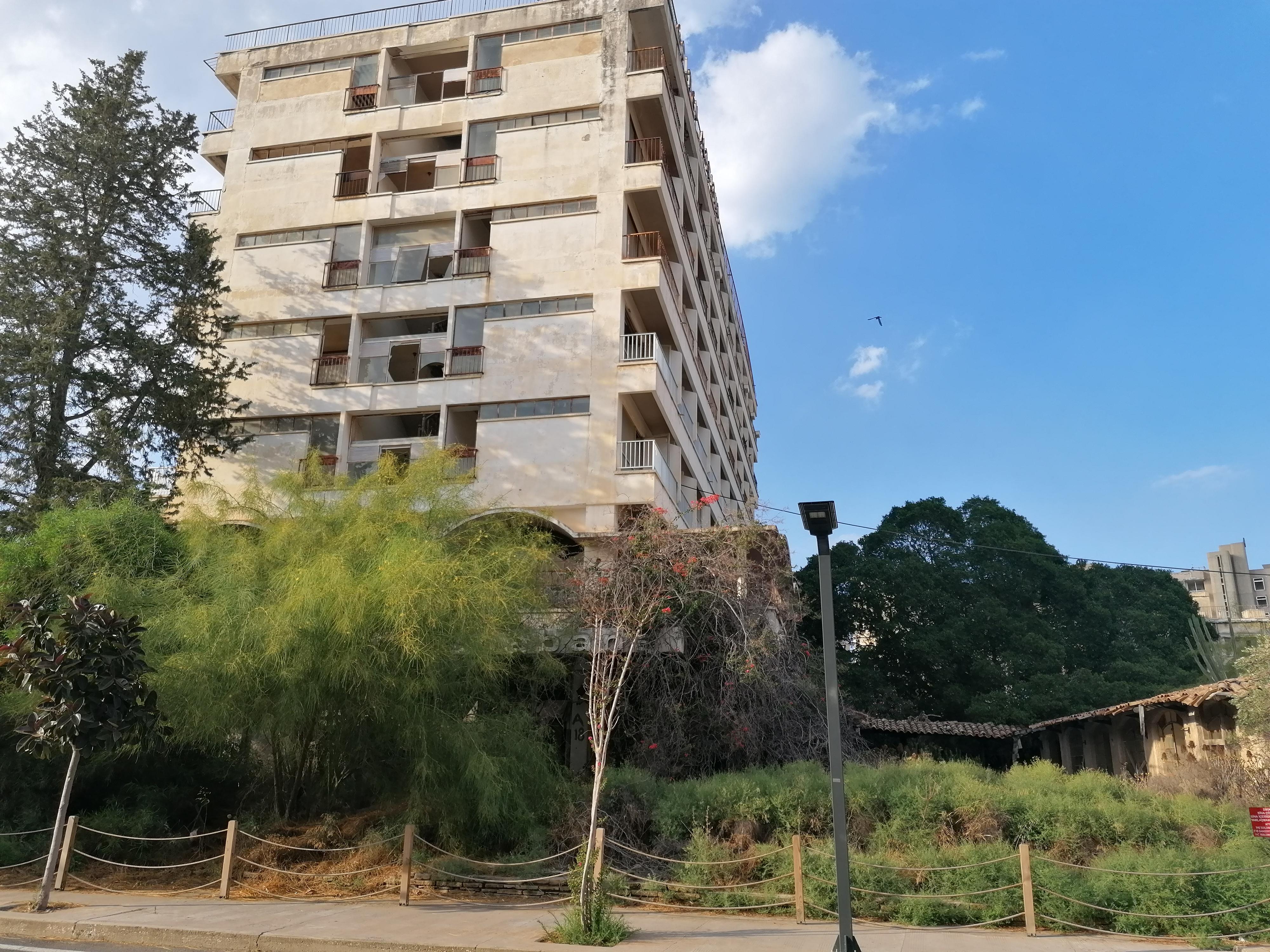 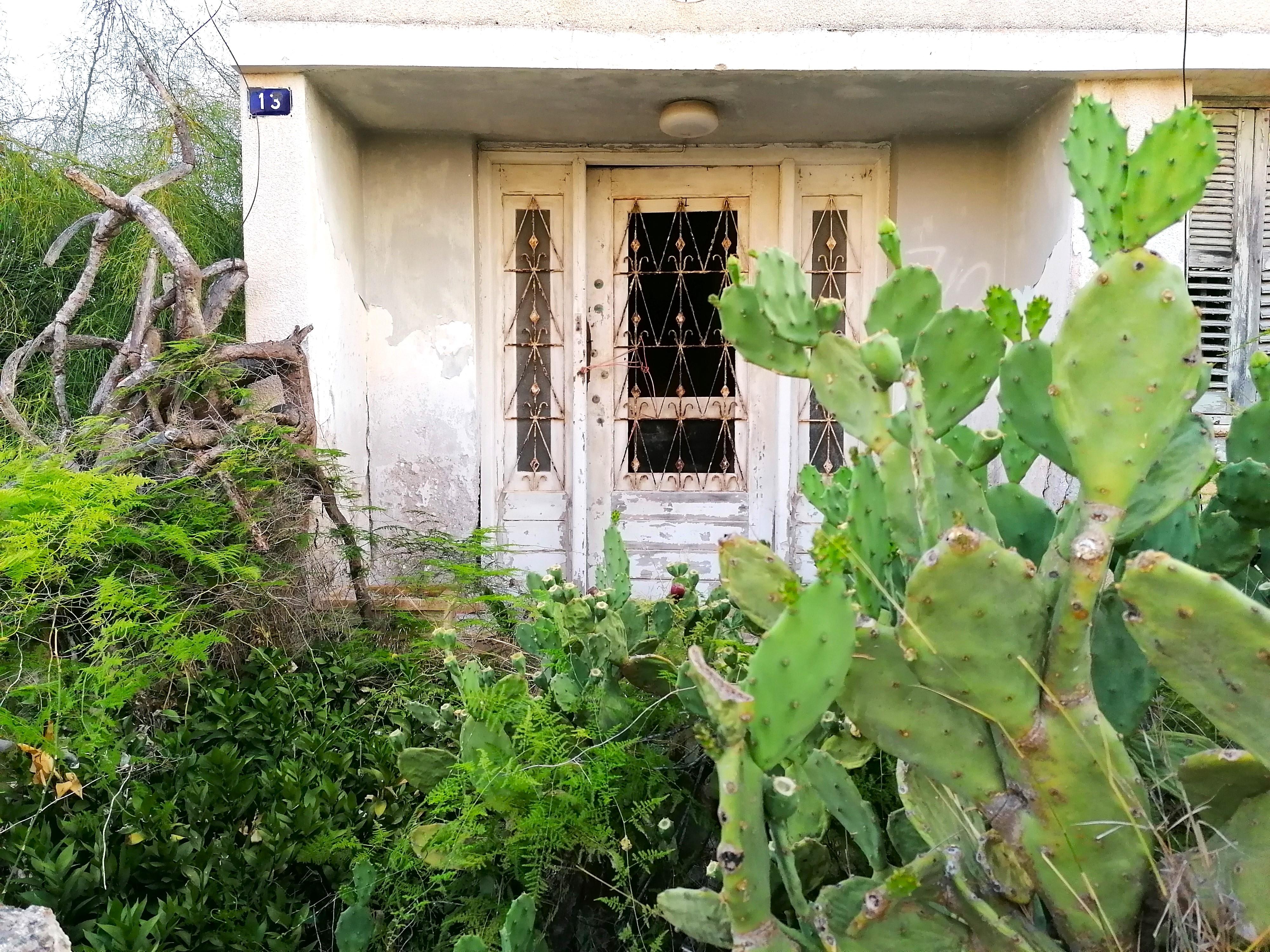 This is Varosha - an area of the city of Famagusta, now located in the northern part of Cyprus.

It was once called the Riviera and even the Las Vegas of the Eastern Mediterranean. 38% of the territory of Cyprus was occupied by the Turks in 1974. Before the war, there were the best hotels, restaurants, shops.

Beaches with white sand and azure water attracted hundreds of thousands every year. The peak of Varosha's popularity came in the last pre-war years - from 1970 to 1974. Elizabeth Taylor, Richard Burton, Raquel Welch and Brigitte Bardot had visited the resort. 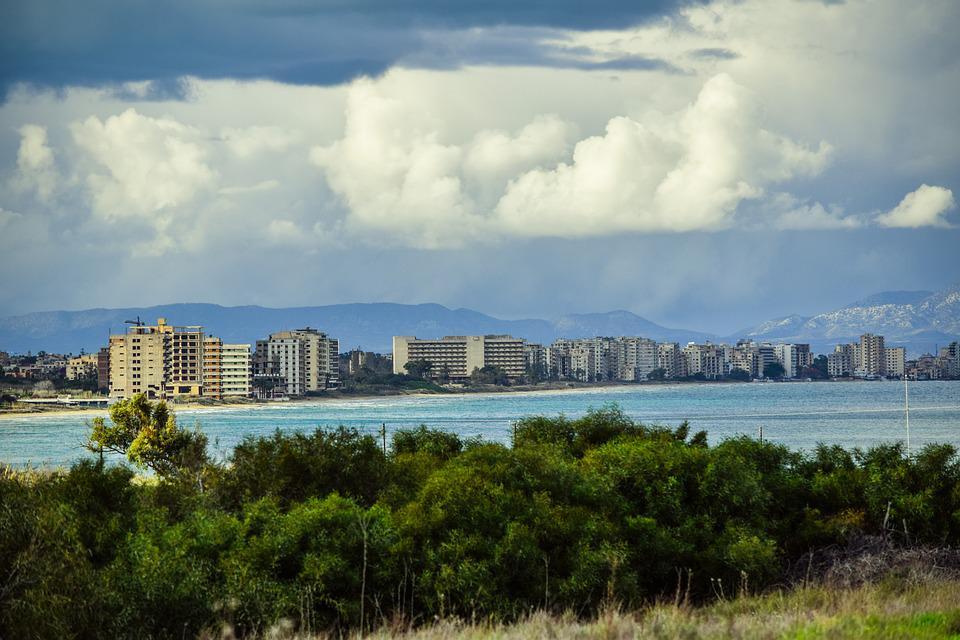 In the late 1960s and early 1970s, a real construction boom began in Varosha.

Luxurious villas and super-modern hotels were built there. In 1974, there were 109 hotels in Famagusta, which could simultaneously accommodate about 11 thousand tourists. Famagusta flourished. There were 24 cinemas for 40 thousand people in the city. 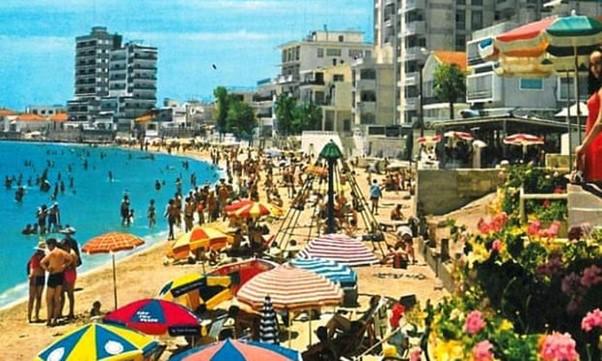 Varosha was called the "new Famagusta". The fashionable area stretches to the west of the Venetian walls along a four-kilometer beach with golden sand. 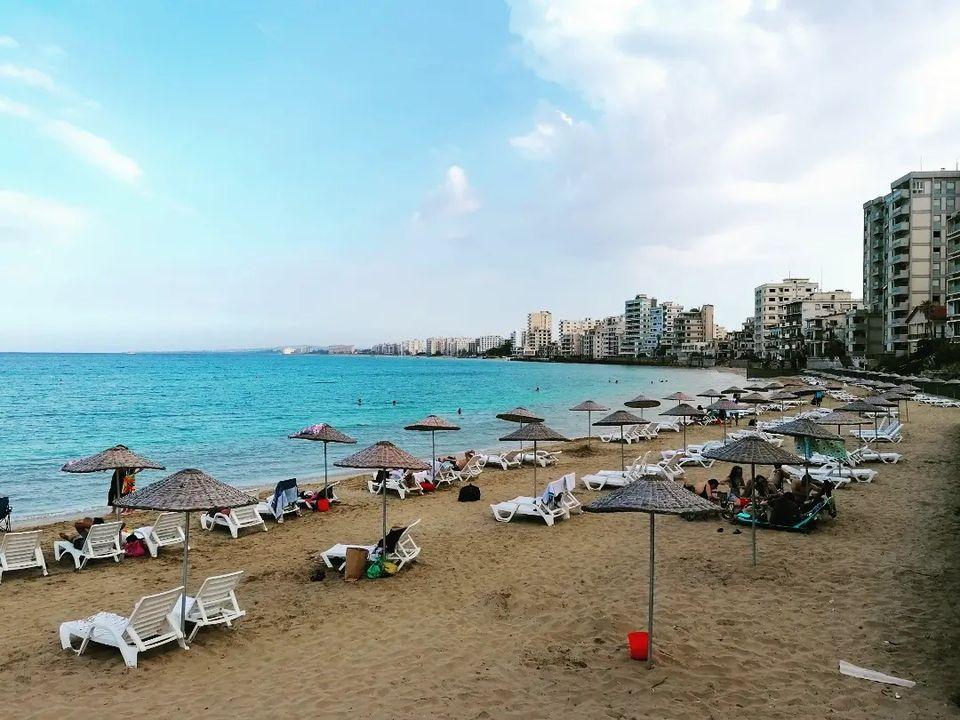 The old aristocracy, wealthy families from Greece, as well as tens of thousands of tourists from all over Europe came here to relax. Now Varosha, plundered and dilapidated, is gradually disappearing from the face of the earth.

History of the conflict

On July 20, 1974, Turkey sent troops to Cyprus in response to a political upheaval in the country, allegedly to protect its population from the Greek Cypriots, who demanded joining Greece (enosis). After 3 weeks, on August 15, the Turks occupied Famagusta.

As a result of the military conflict, several thousand people died on both sides, including civilians. The remains of some of them have not been found so far. The island is divided into two parts by the "green line", and Nicosia is to this day the last divided capital in Europe. 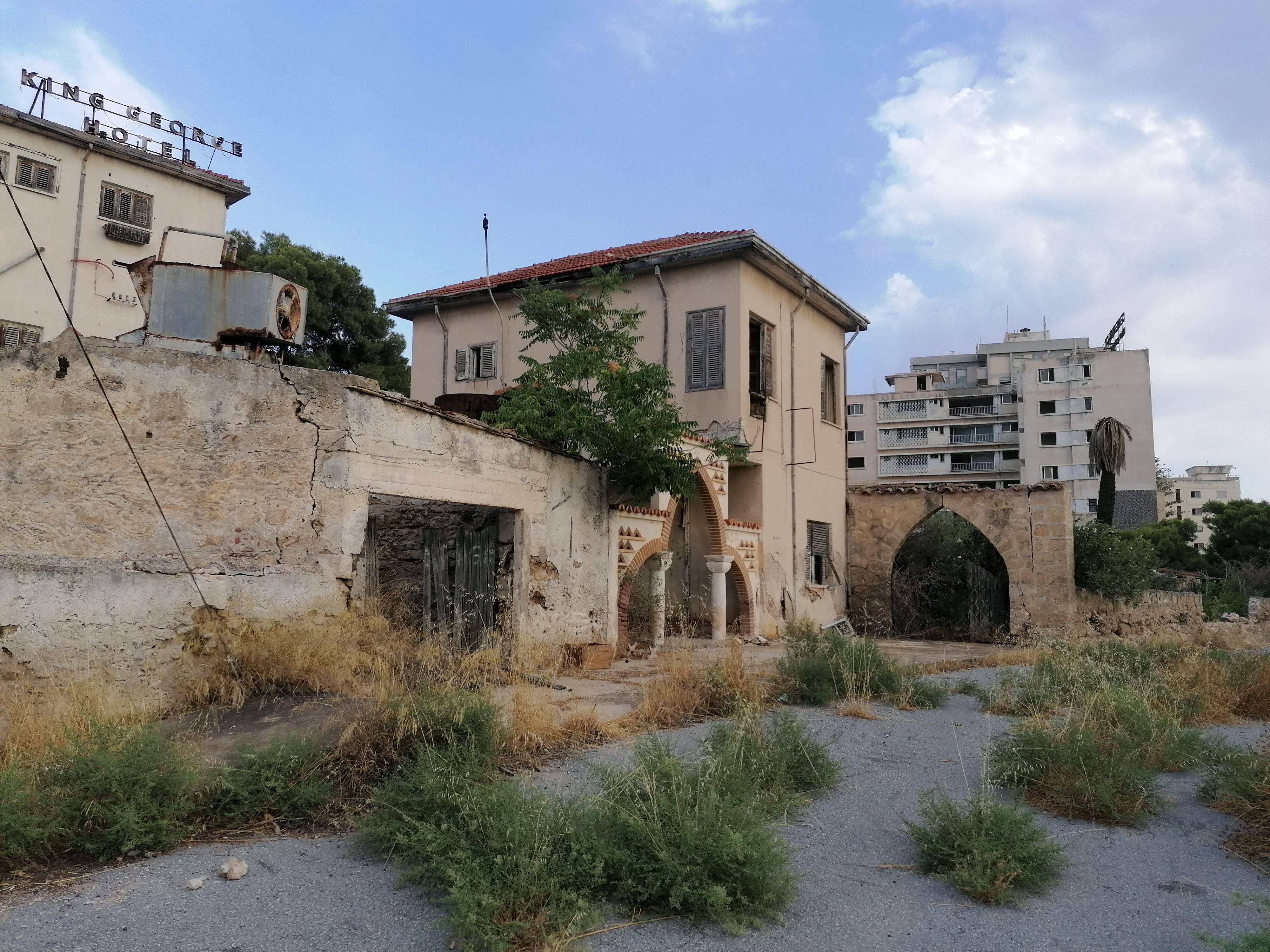 In 2020, the Turks decided to open the Varosha beach (all these years the area was closed to the public and there was a military unit), and make Varosia a tourist attraction.

On this occasion, Erdogan came to the island, and a few weeks before his visit, his PR service launched an advertising campaign in foreign media about a picnic that the Turkish prime minister was going to arrange on the beach. It rained heavily that day in hot, dry Cyprus, so the picnic had to be cancelled. The Greek Cypriots saw this as a sign: even nature is against it. 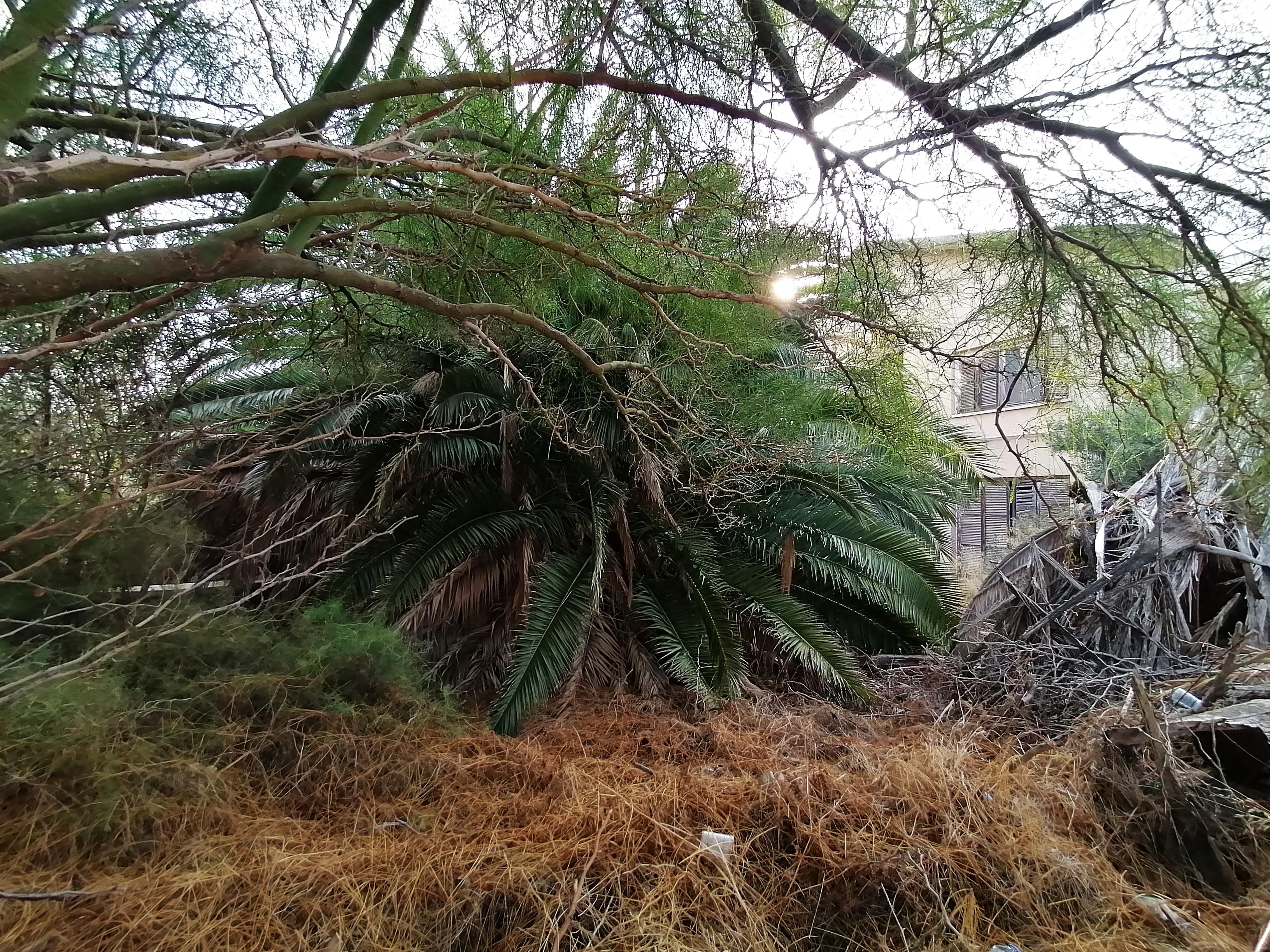 On one of the open streets of Varosha, a park was cleared, flower beds were laid out, and a cafe with snacks and drinks was built.

Cheerful music flows from the cafe from morning to evening. This is a rather strange sight - a park with a fountain and a playground in the middle of desolation and devastation, where "Dancing Monkey" is carried over the ruins and signs with half-erased Greek letters. It looks about as appropriate as a blender in the Colosseum. 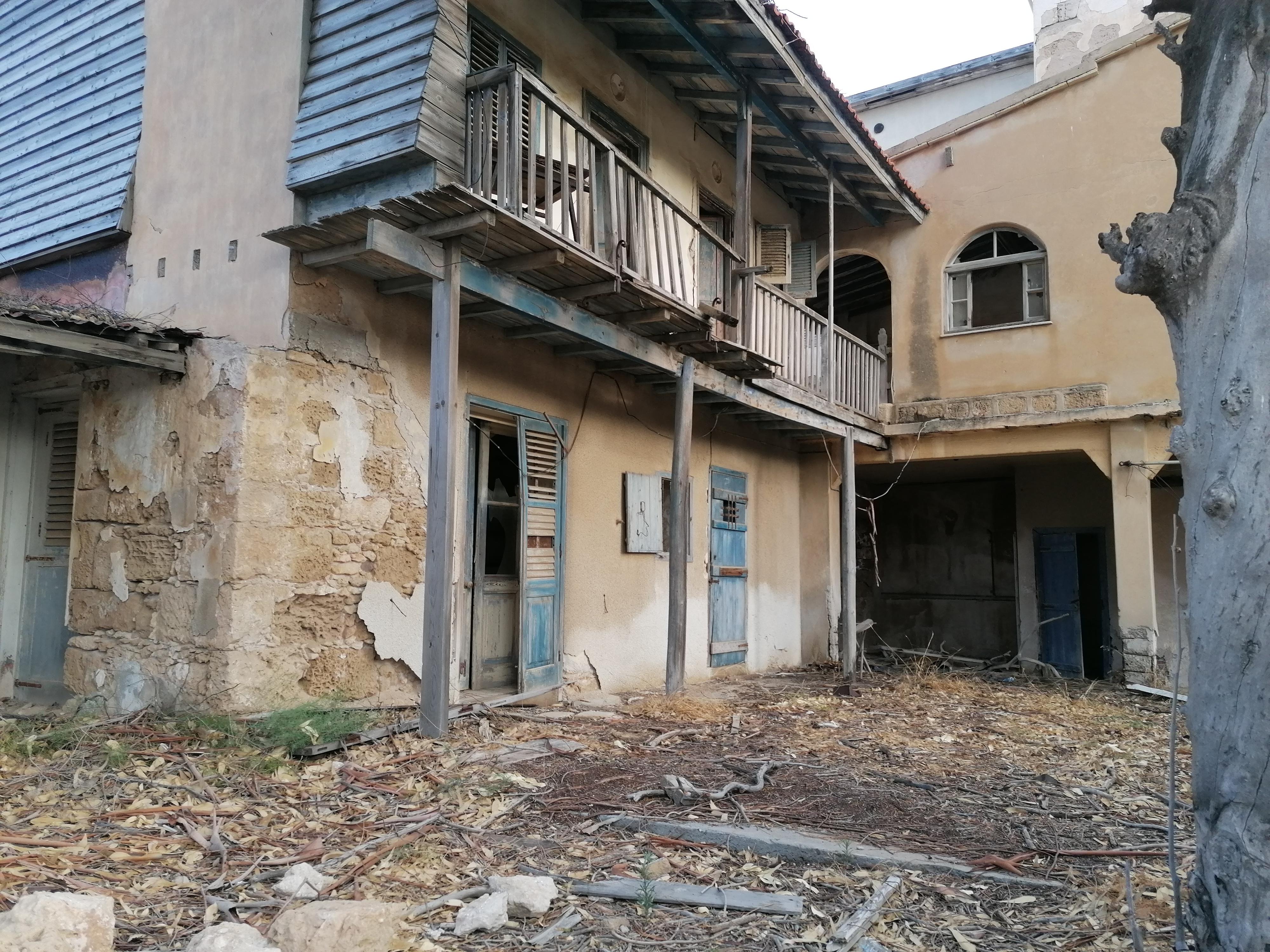 The British writer Rudyard Kipling, who visited the ruins of the South Indian capital of Hampi and was impressed by its grandeur, immortalized the lost city in his Jungle Book. On the strange quiet streets of Famagusta, lines from the Jungle Book suddenly surfaced in my memory and a picture appeared before my eyes: a ruined temple disappearing into the jungle, banderlogs dancing on the ruins. 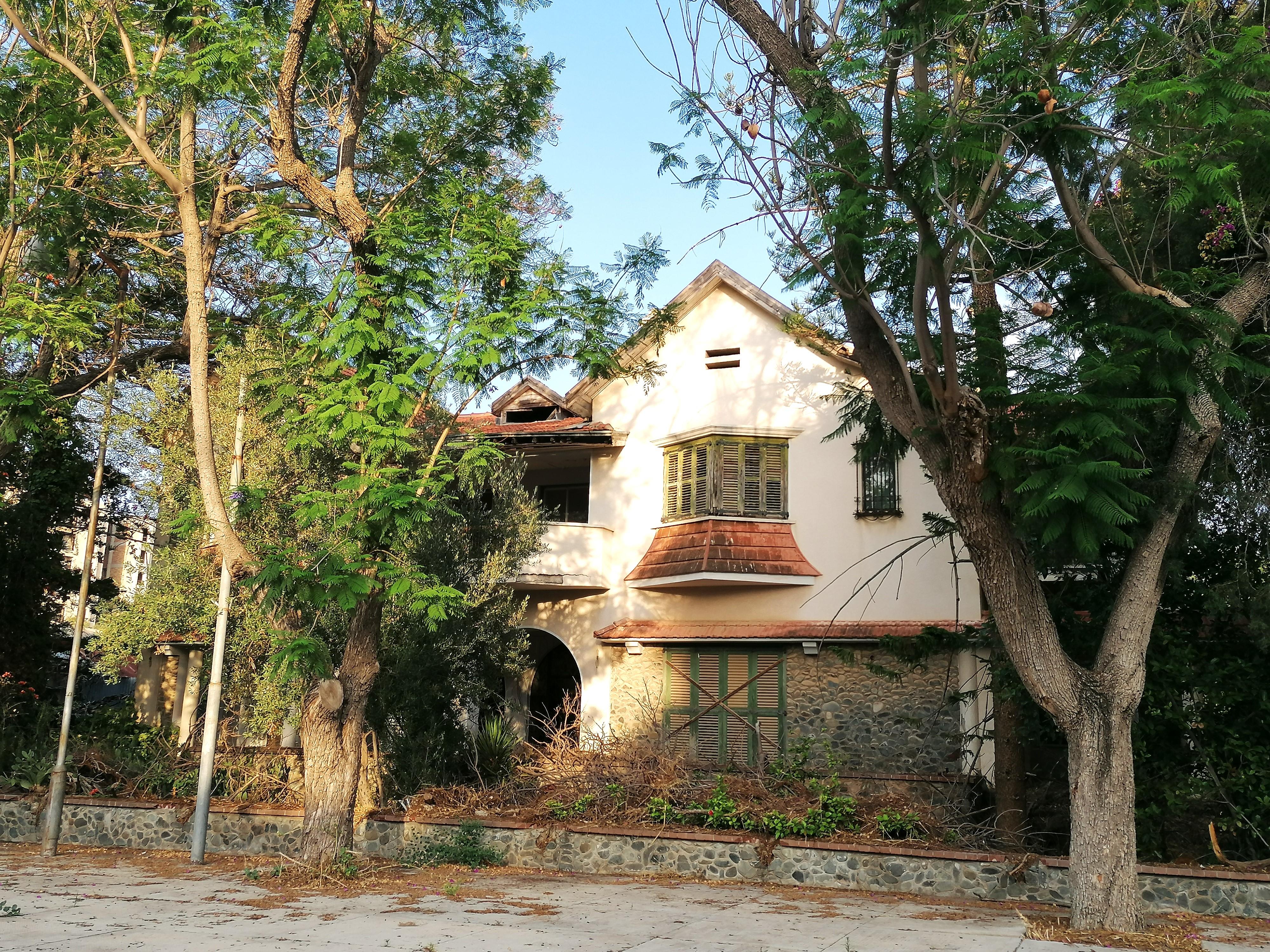 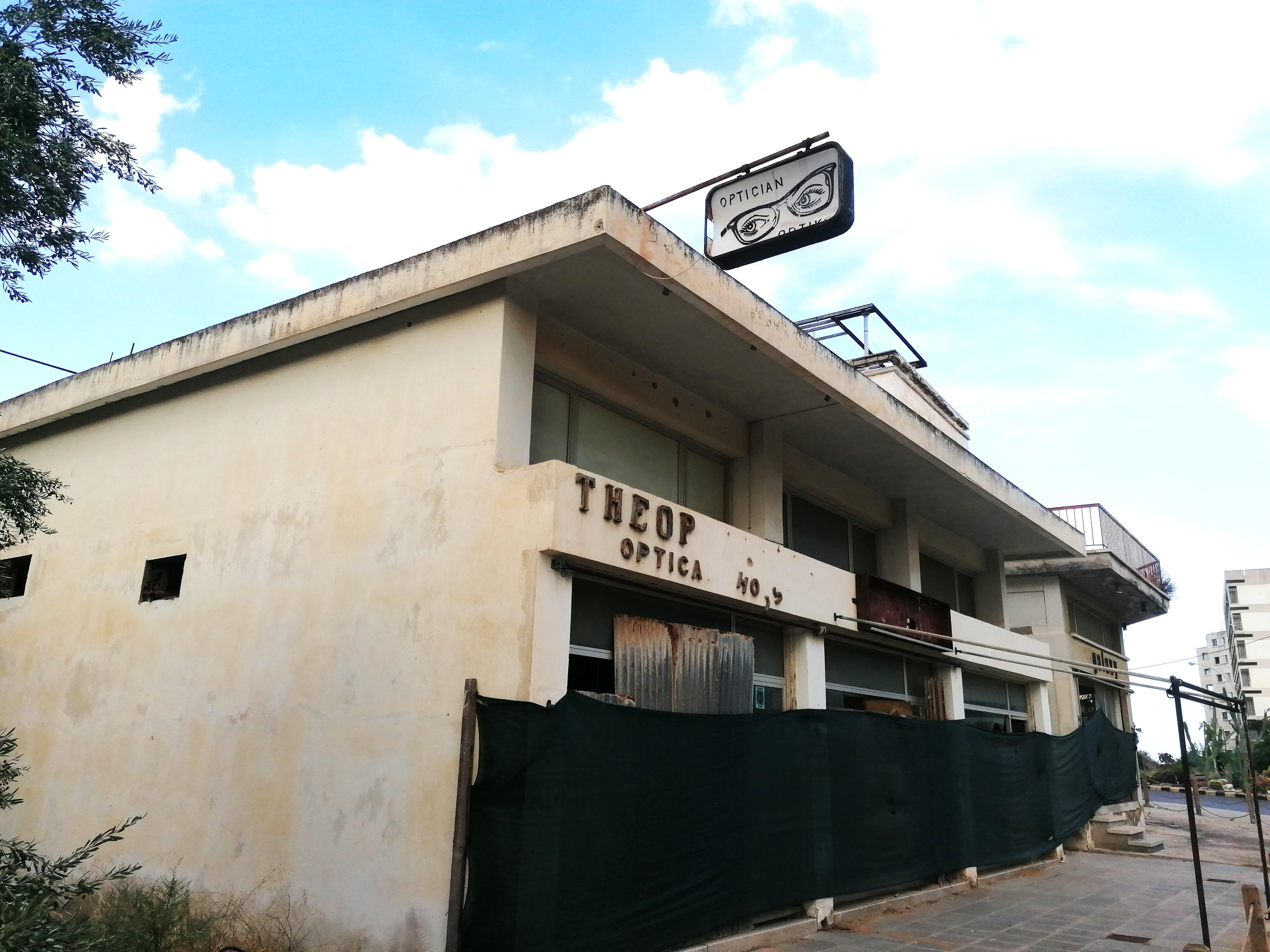 Varosha has been closed for 45 years, it was opened relatively recently - in the fall of 2020. The quarter is surrounded by a fence, there are turnstiles at the entrance and exit, the police in the booths count every incoming and outgoing visitor. In all likelihood, this is done so that no one stays in Varosha after closing (you can visit it from 8:00 to 20:00). You can ride a rented bike through the streets of Varosha.

Many houses are in disrepair and it is strictly forbidden to approach them closer than a few meters. Each building is surrounded by ropes around the perimeter, which cannot be entered.

It only seems that you are walking completely alone along a deserted abandoned street. In fact, cameras are installed all around, any “step to the left” is tracked. One has only to get closer to the window or doorway, there is a sharp whistle of a policeman and a loud shout-order, seemingly from nowhere: “Stop!”. 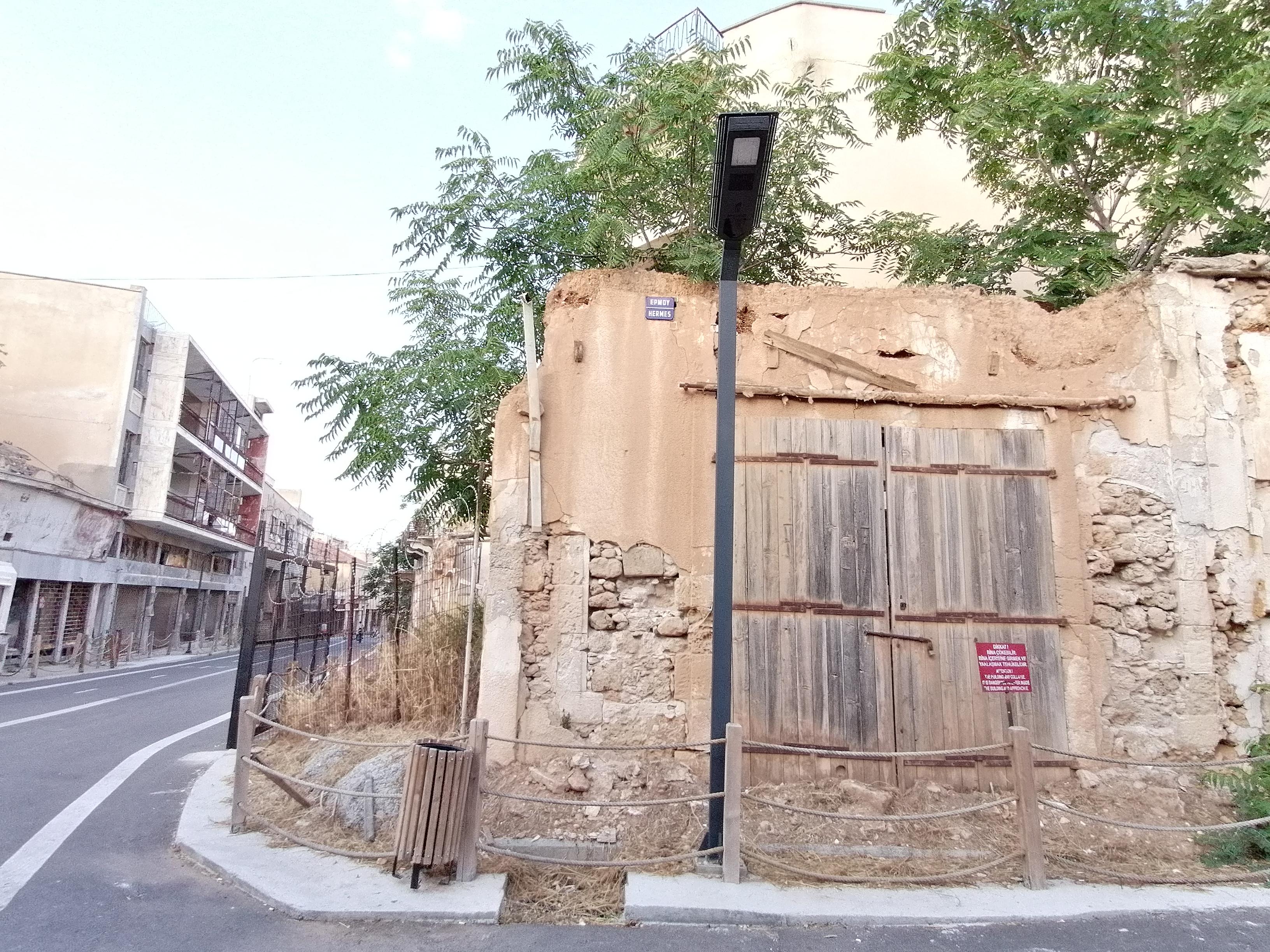 On August 16, the Greek population was ordered to leave the city within 24 hours. They were allowed to take with them only what they could carry in their hands. People took only the most necessary things, photographs. Clothes, dishes, furniture, household appliances - everything remained in the houses, was looted and taken by the Turkish army to the mainland.

On the Internet, there are stories from the category of "urban legend" that cars of that era are rusting in the garages of Varosha, tables in dilapidated houses covered with half-decayed tablecloths are set for dinner and plates and cutlery still stand on them, hotel rooms amaze with expensive decoration , and in the shops of Varosha hang dresses, shirts and suits of the fashion of the summer of 1974. 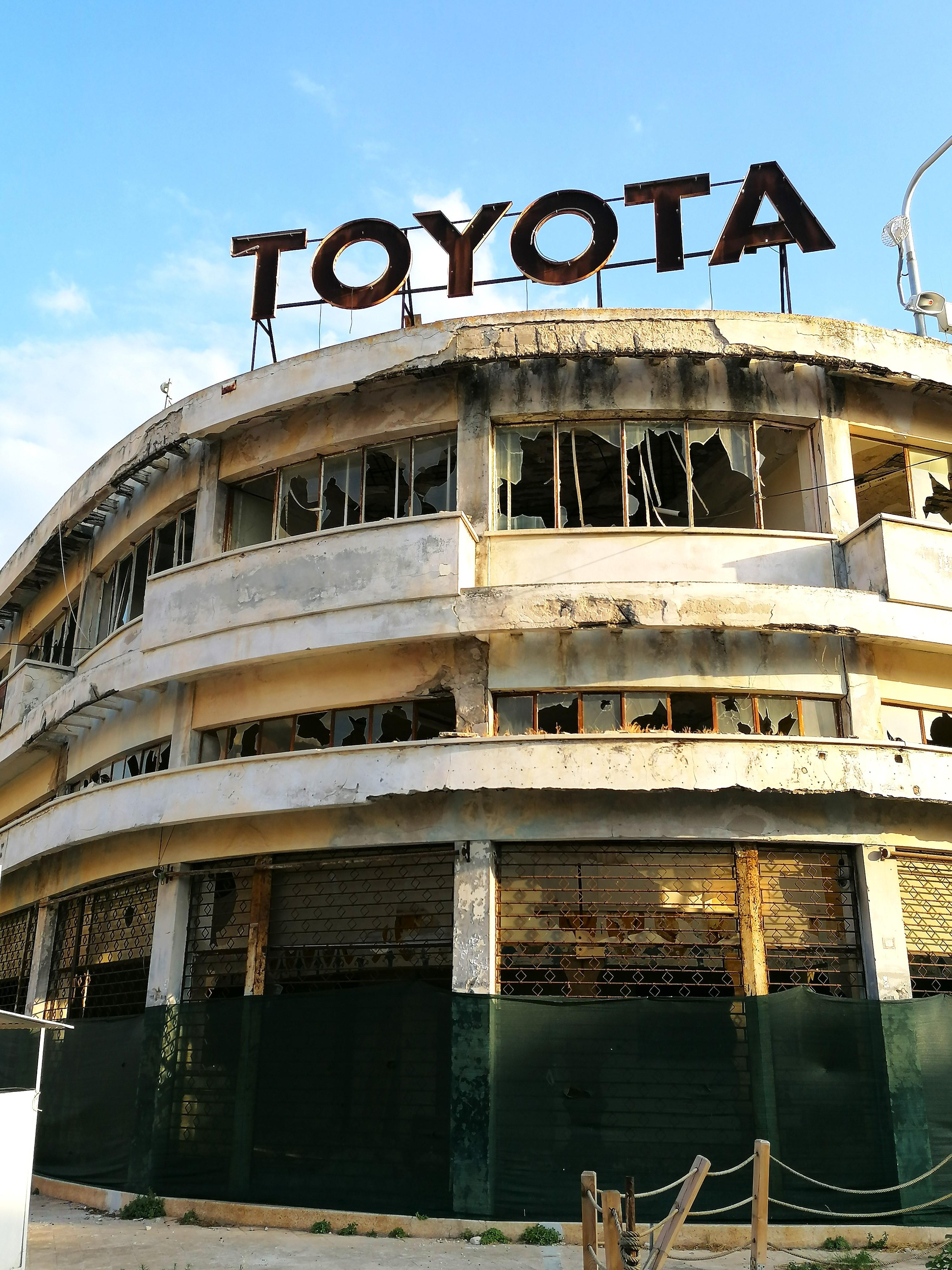 In fact, Varosha was plundered in the very first months after the invasion, everything of value was taken to Turkey, and what was left was stolen by marauders who occupied neighboring areas. There were no window frames left in the houses.

According to other rumors, Varosha hotels, standing right on the coastline by the azure sea, were so popular that Europeans booked them 20 years in advance. 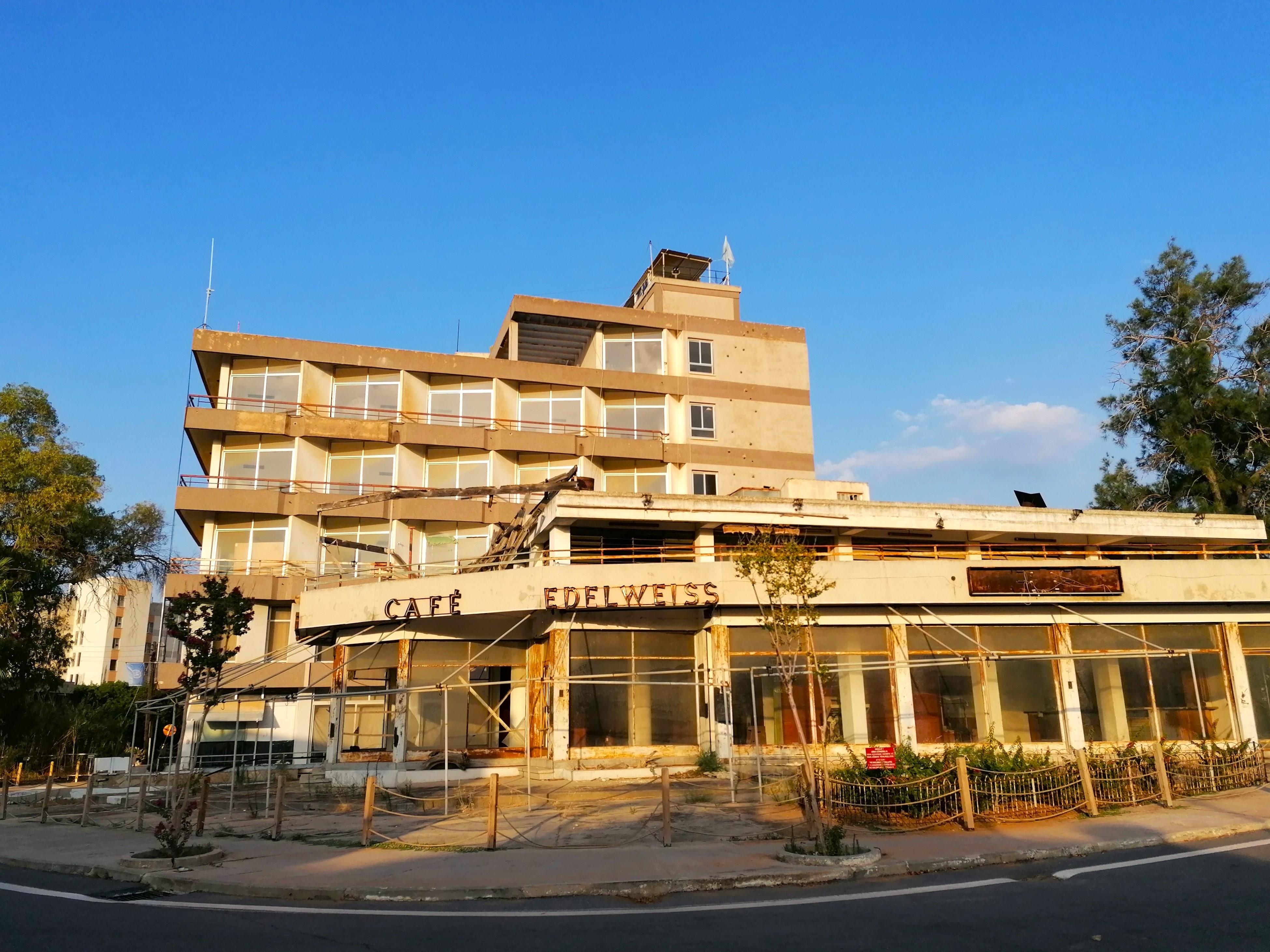 Varosha's real estate status has remained in limbo for nearly half a century. The owners of restaurants and hotels to this day are legally citizens of 20 countries of the world. Many of them have already died, and the heirs continue to hope that someday they will receive their property back (or at least compensation).

One of the new hotels opened three days before the Turkish authorities ordered residents and tourists to leave the city (how unlucky for the investors!). Varosha real estate (houses, hotel infrastructure, land) is estimated at 2.2 billion euros, according to the most conservative estimates.

For almost five decades, the inhabitants of the ghost town were seagulls, rats and stray cats. 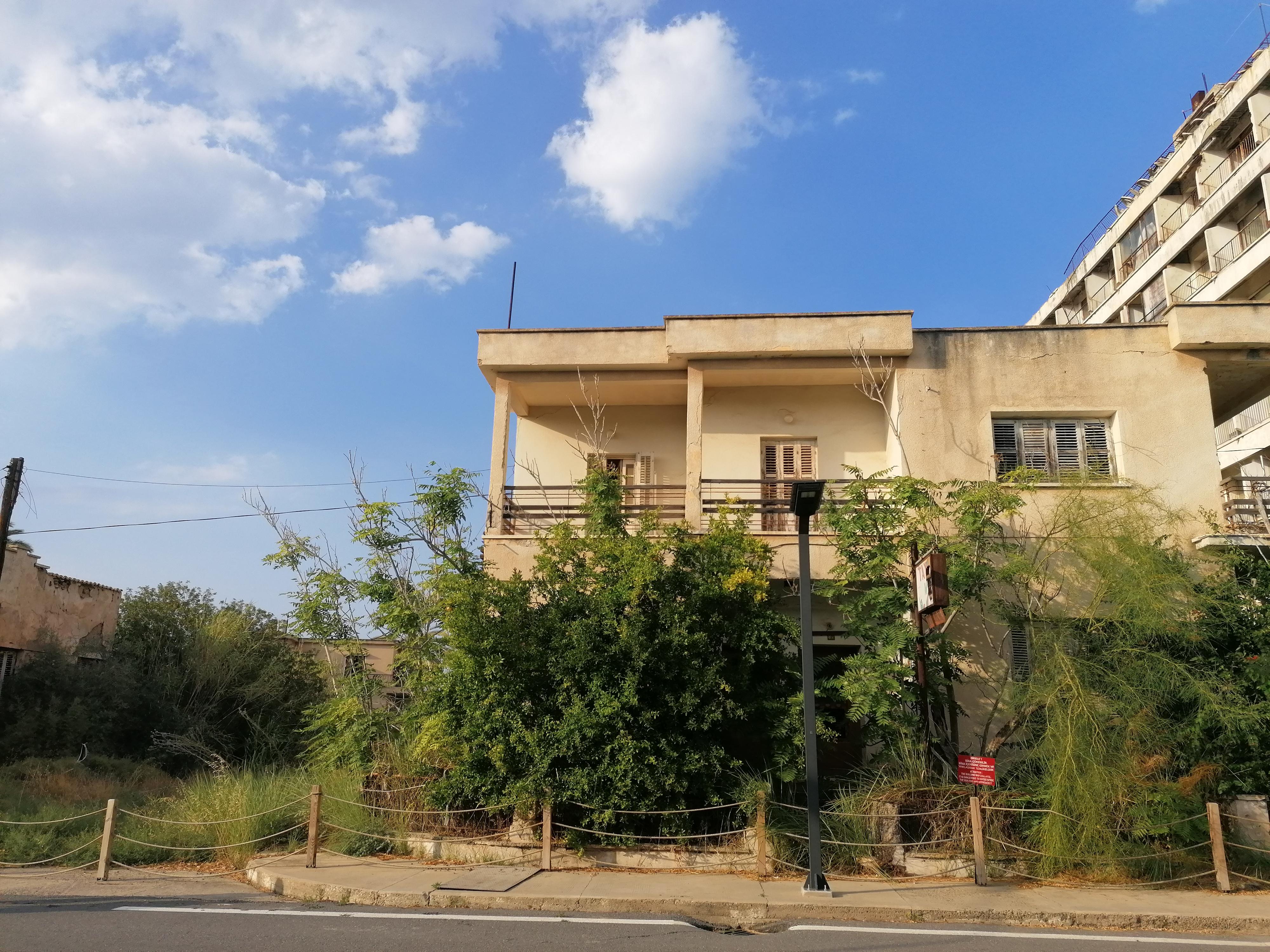 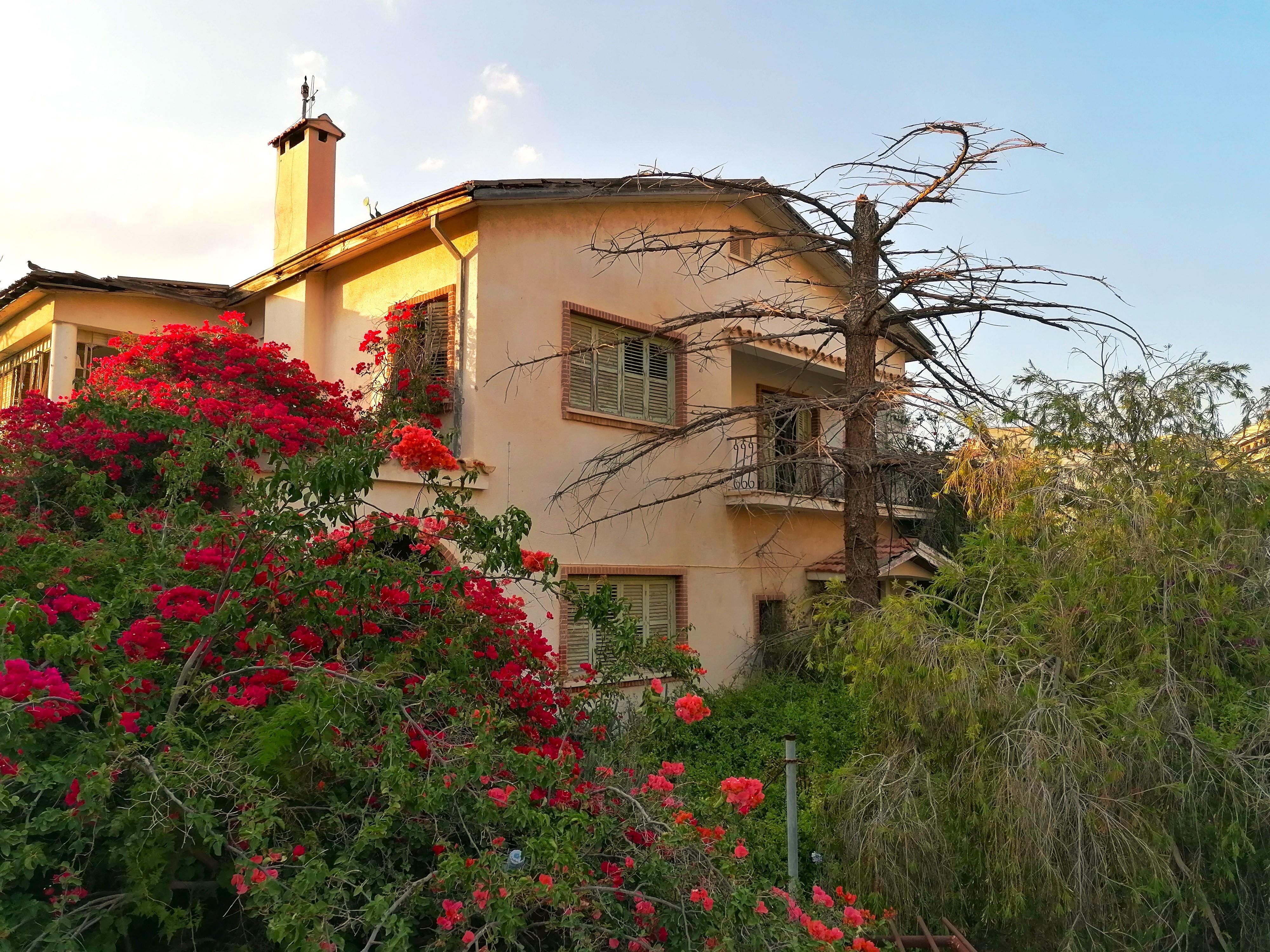 According to the Turkish authorities, by July 2022, a year and a half after the opening, more than half a million people had visited Varosha. Among them are former residents of the city, their children and grandchildren. According to a UN resolution in 1984, Varosha should be returned to its rightful owners. 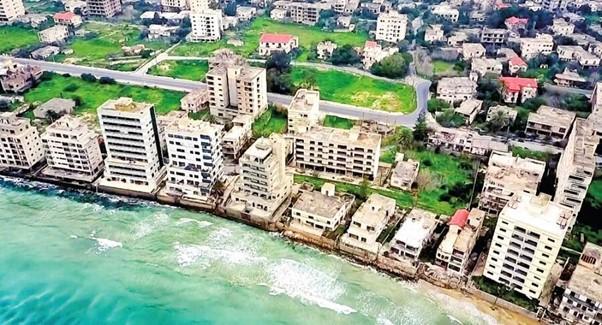 In the five decades that have passed since the beginning of the conflict, the parties have not been able to agree on almost any of the important points, so no one has hopes for the return of property in accordance with the UN resolution.

Some desperate owners have turned to the courts of the unrecognized TRNC for compensation (because the property on the land purchased from the Greek Cypriots will be built legally and will not suffer the fate of the British Orams family villa).

But even here everything is not easy: the Islamic religious organization Evak considers the entire city to be its property, referring to the Sultan's firman from 1571, when Cyprus was part of the Ottoman Empire. The Turkish authorities are building a marina in Famagusta - a yacht pier based on the prototype of Limassol and Ayia Napa. They want to turn Varosha into an area with expensive apartments in high-rise residential complexes.

It is not uncommon for the land on which new houses are built to belong to Greek Cypriots, and there is already a precedent in which the Greek Cypriot Titina Loizidou, a refugee from the North, secured the demolition of a villa built by a British couple on her land (the well-known Orams Affair). Therefore, it is worth buying property in Cyprus only in government-controlled territories in the Republic of Cyprus.

What will happen to the real estate of the Greek Cypriots? What future awaits Varosha? Everything depends on the political interests of the parties involved and the interest of international diplomats and guarantor countries in resolving the Cyprus issue.

However, judging by the previous rounds of negotiations, one can hardly expect a happy ending, which means that it is preferable to buy property in Cyprus in the coming decades in government-controlled territories. 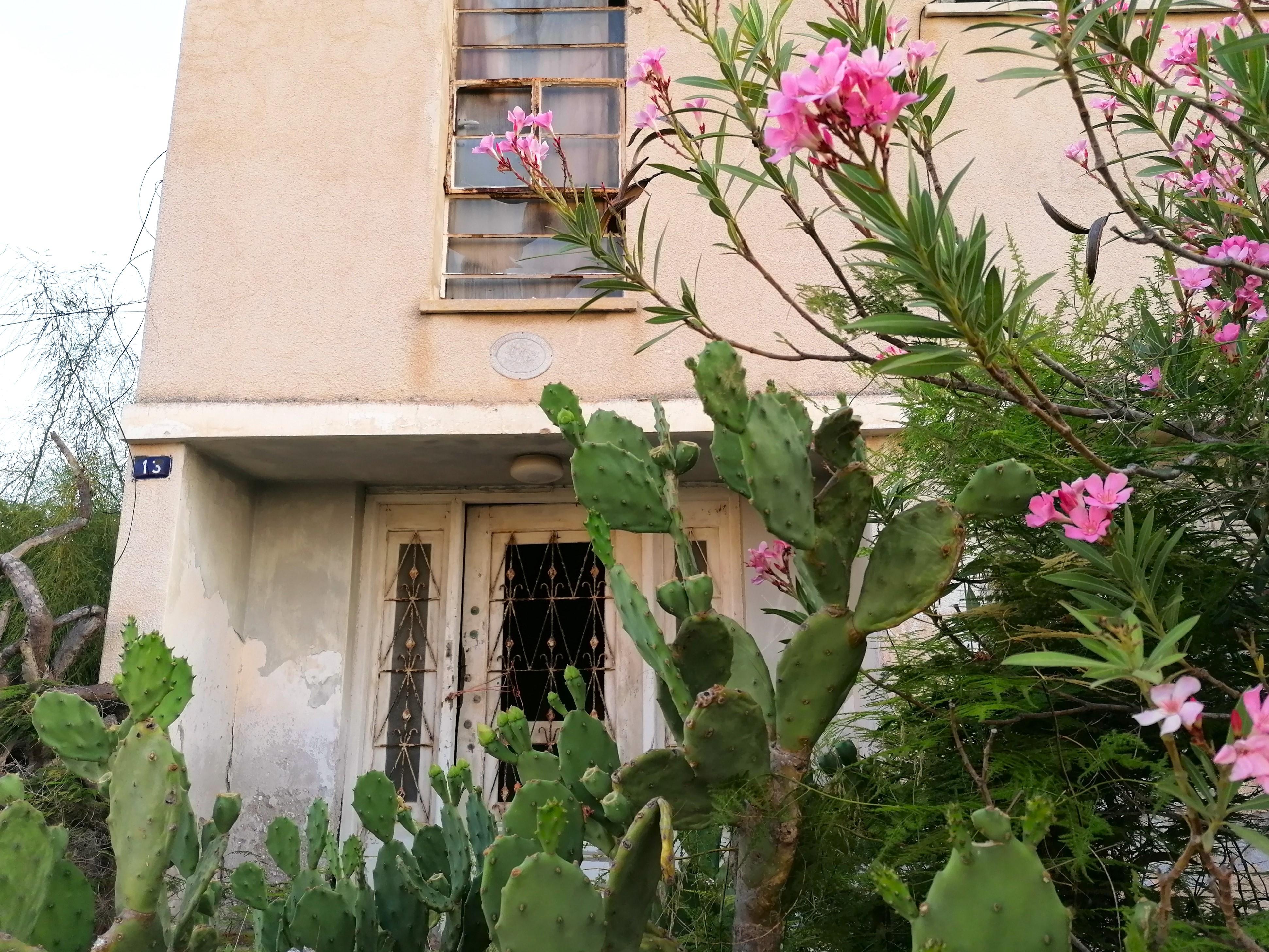 Interested in buying a property in Cyprus? Welcome to the DOM website! Here you will find options for houses and apartments in Limassol, Paphos, Larnaca and Famagusta, as well as get the help of experienced specialists.See also: 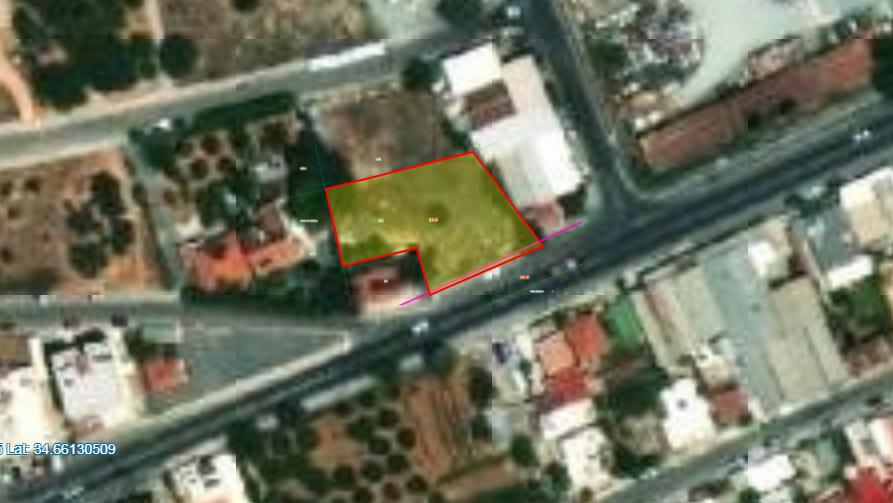 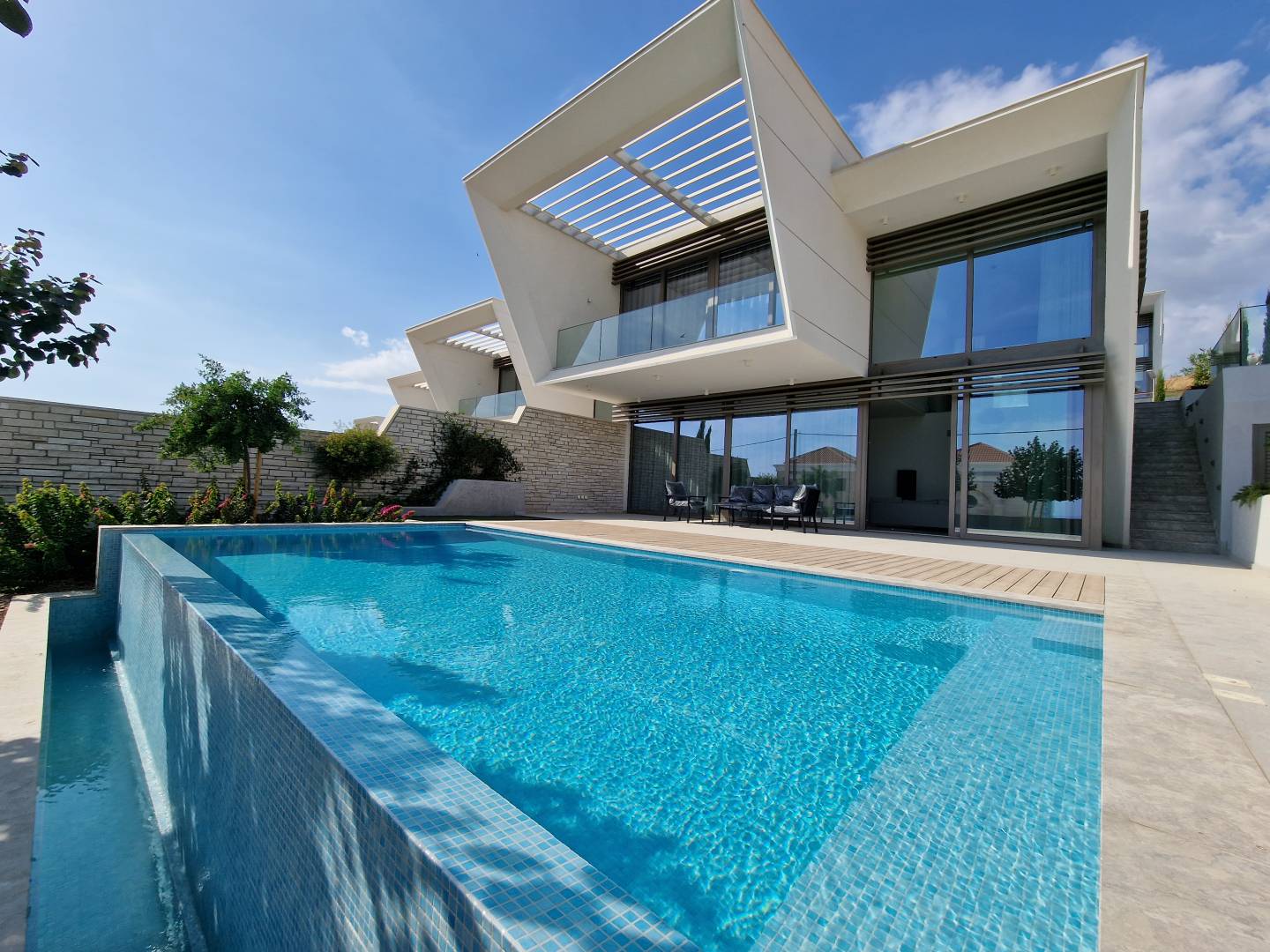 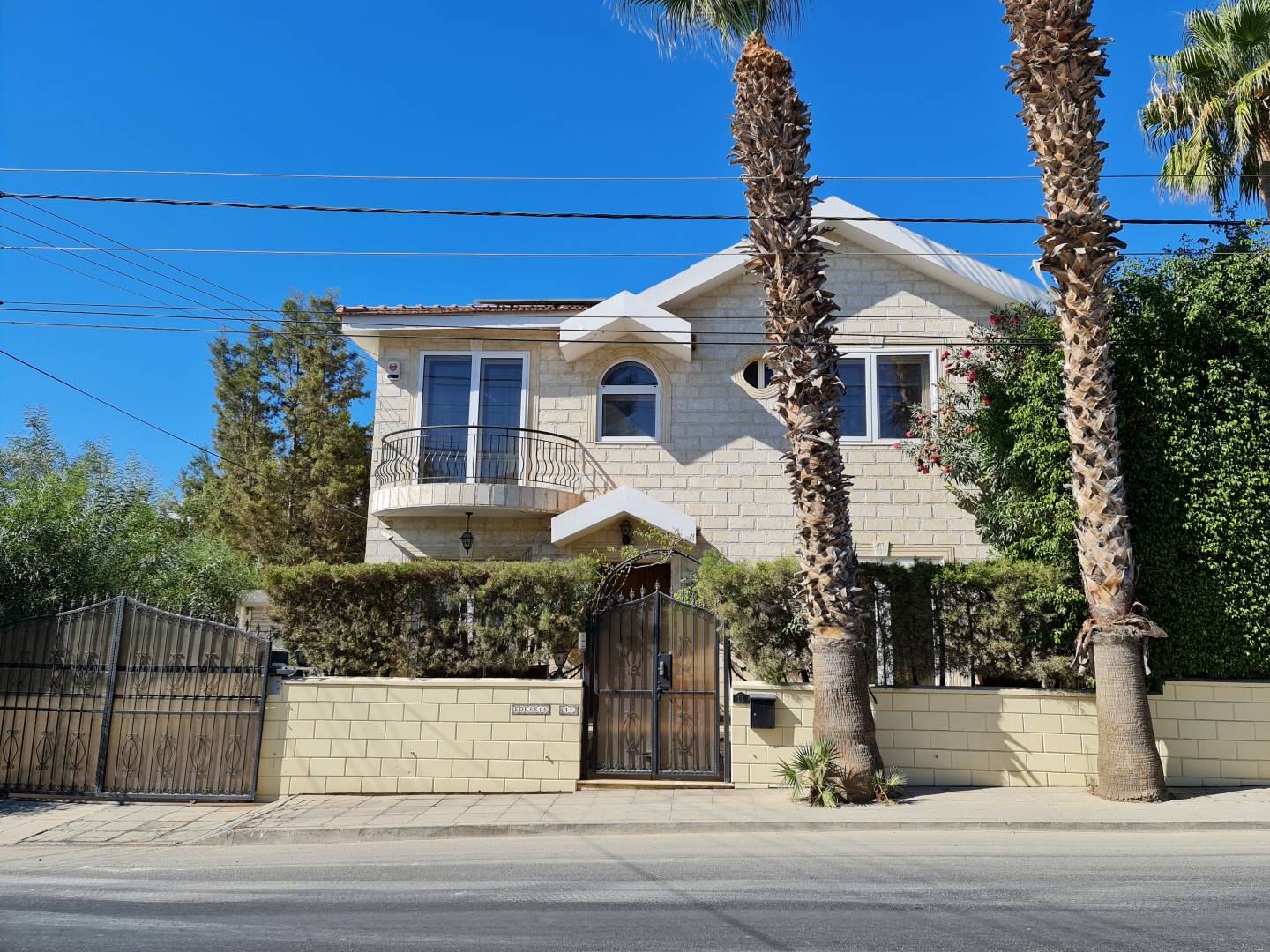 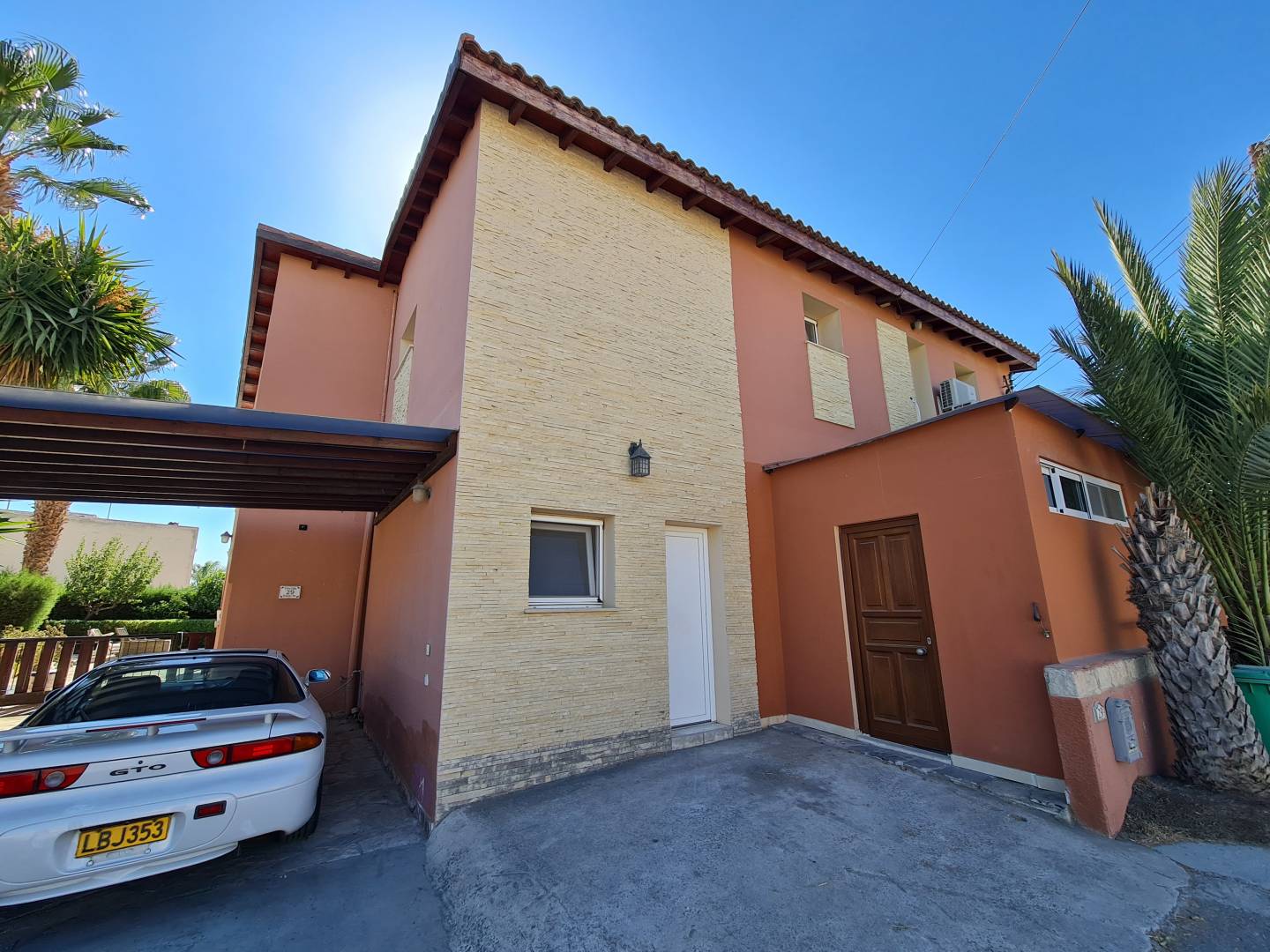