Larnaca is a real open — air museum. The whole old part of the city, including the Skala district, silently but eloquently tells its story. If you like to contemplate architecture and dive into the past at the same time — you will definitely like this selection of historical buildings.

This monumental building is located on one side of the famous Finikoudes embankment. It is simply impossible to pass by it. Perhaps the castle should be called a starting point for exploring the city. From here it is most convenient to start the excursion path.

Fort Larnaca has a very rich history: its first buildings date back to the XIV century! Can you imagine how much this silent giant standing on the seashore has "seen"? 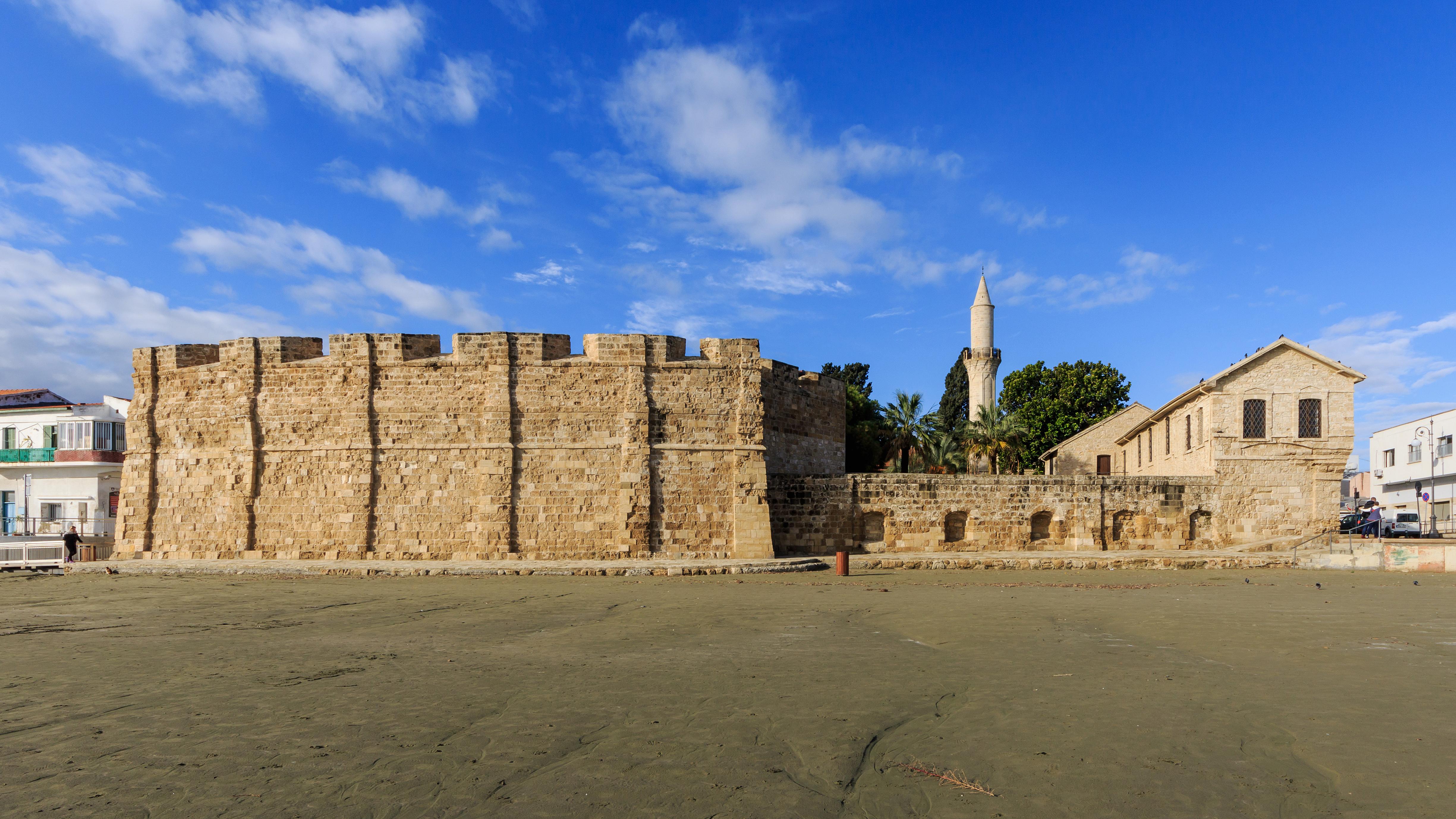 The first walls were built by Europeans at a time when the island was in the hands of the Lusignan dynasty. Of course, the fort fulfilled its direct purpose: to protect the city from naval invasions. Times were really turbulent, and Cyprus was a tasty morsel for any Mediterranean (and non-Mediterranean) country.

The fortress survived many attacks and by the XVII century was severely destroyed. It was restored during the times of the Ottoman Empire, and then the building acquired the appearance that we see now. That is why the fortress combines elements of both medieval European and Ottoman architecture.

After that, the fort was destroyed several more times, but not critically. It was completely restored during British rule. At the same time, the building began to perform a new function: prisons and places of execution. A bit creepy, isn't it? 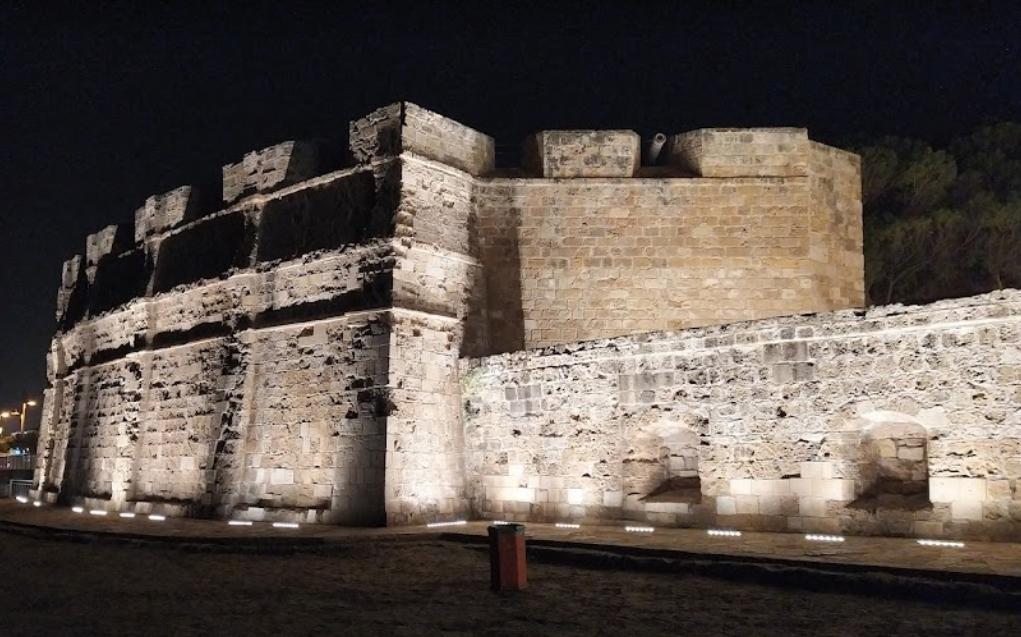 After 1918 it was again a police station. Only by 1948 the building was turned into a museum.

Today, the Larnaca Fortress is a venue for public events and a museum of various artifacts, including medieval weapons.

This is one of the oldest buildings in Larnaca — it is more than 1000 years old! According to sources, it was founded in the IX century on the tomb of St. Lazarus, which was just discovered nearby. 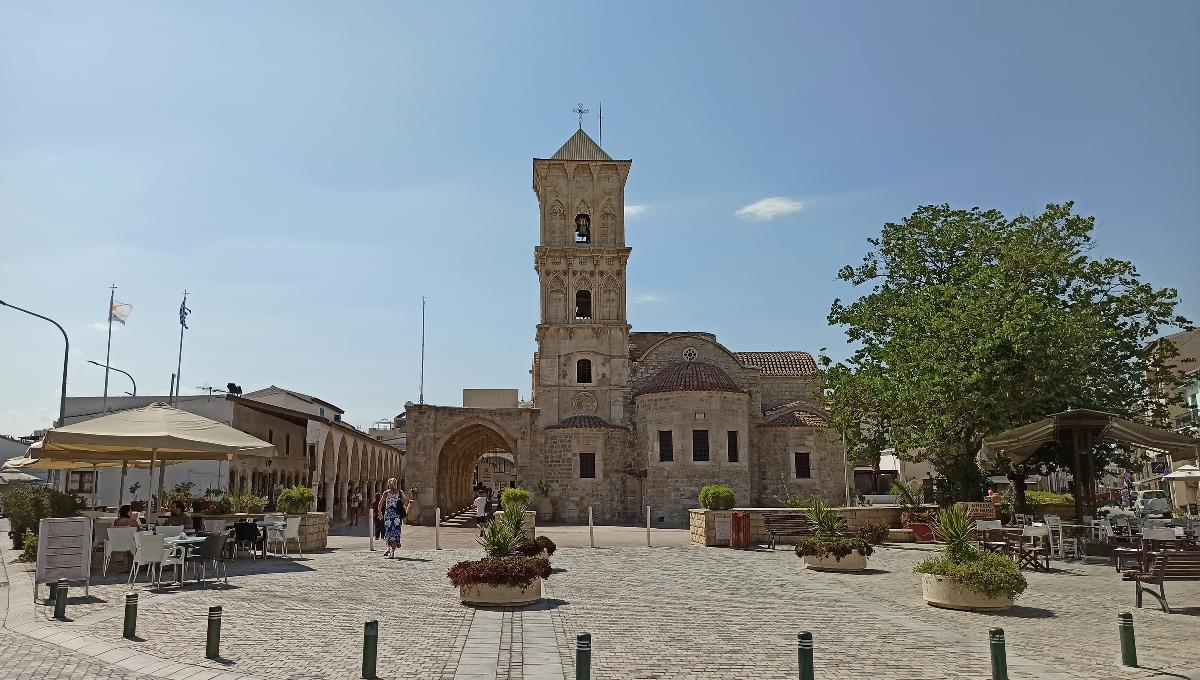 If anyone has forgotten the biblical story, Jesus raised Lazarus from the dead. After the resurrection, the saint had a hard time. Due to persecution, he was forced to flee to Cyprus, where he became the first bishop of Larnaca (at that time it was called Citium). Here Lazarus died for the second time. Today, a piece of the relics is kept in the church named after him.

The history of Cyprus is very eventful, so the temple had to go through a lot of changes — both externally and internally. It was built as an early Christian three — domed temple - a rarity for Cyprus. During the reign of Europeans (Lusignans and Venetians) on the island, the church was used as a Roman Catholic one. This is eloquently recalled by the portico (canopy with colonnade), built later in the Gothic style. 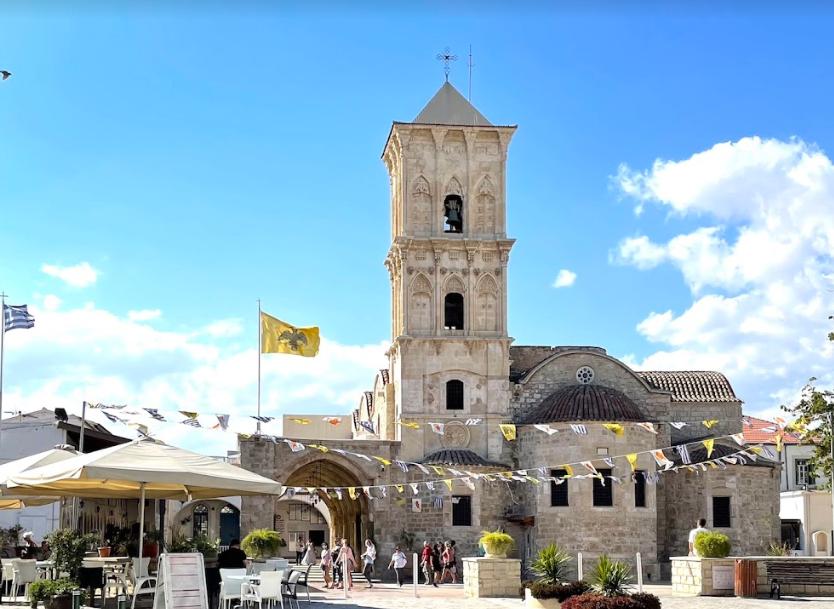 Of course, when the Ottomans captured Cyprus (XVI century), the church was quickly rebuilt into a mosque. For this, all three domes and, of course, the bell tower were demolished. In their place were minarets. But after the Ottomans decided to soften their oppression, the church was again given to Christians: both Orthodox and Catholics. 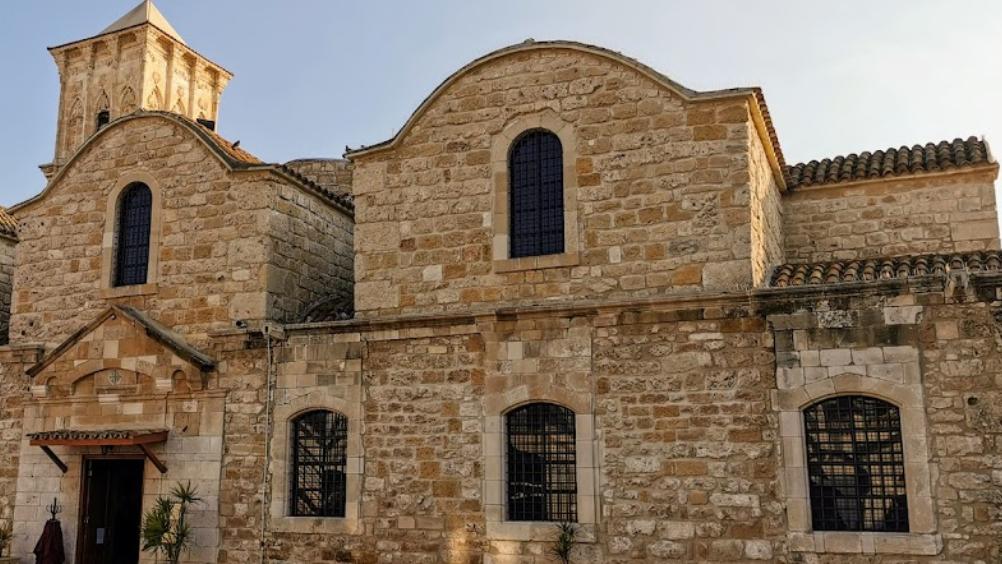 The British, who came to power in Cyprus at the end of the XIX century, re-installed the bell tower. But the final touch in the appearance was made by the Cypriots themselves, who restored the church after a fire in 1972. At the same time, a piece of the relics of St. Lazarus was discovered, which is still considered one of the main shrines of the Christian world.

3. The Church of Panagia tis Angeloktistis

Although this ancient church is located not in Larnaca, but in the nearby village of Kiti, it can very well be called Larnaca — and that's why. According to legend, the temple began to be built in the first centuries of our era in Larnaca (then it was called Citium), but one fine morning people did not find a construction site. It was miraculously transferred to Kiti and completed by the angels in one night. That's why she got her name Angeloktisti, which means "built by angels". 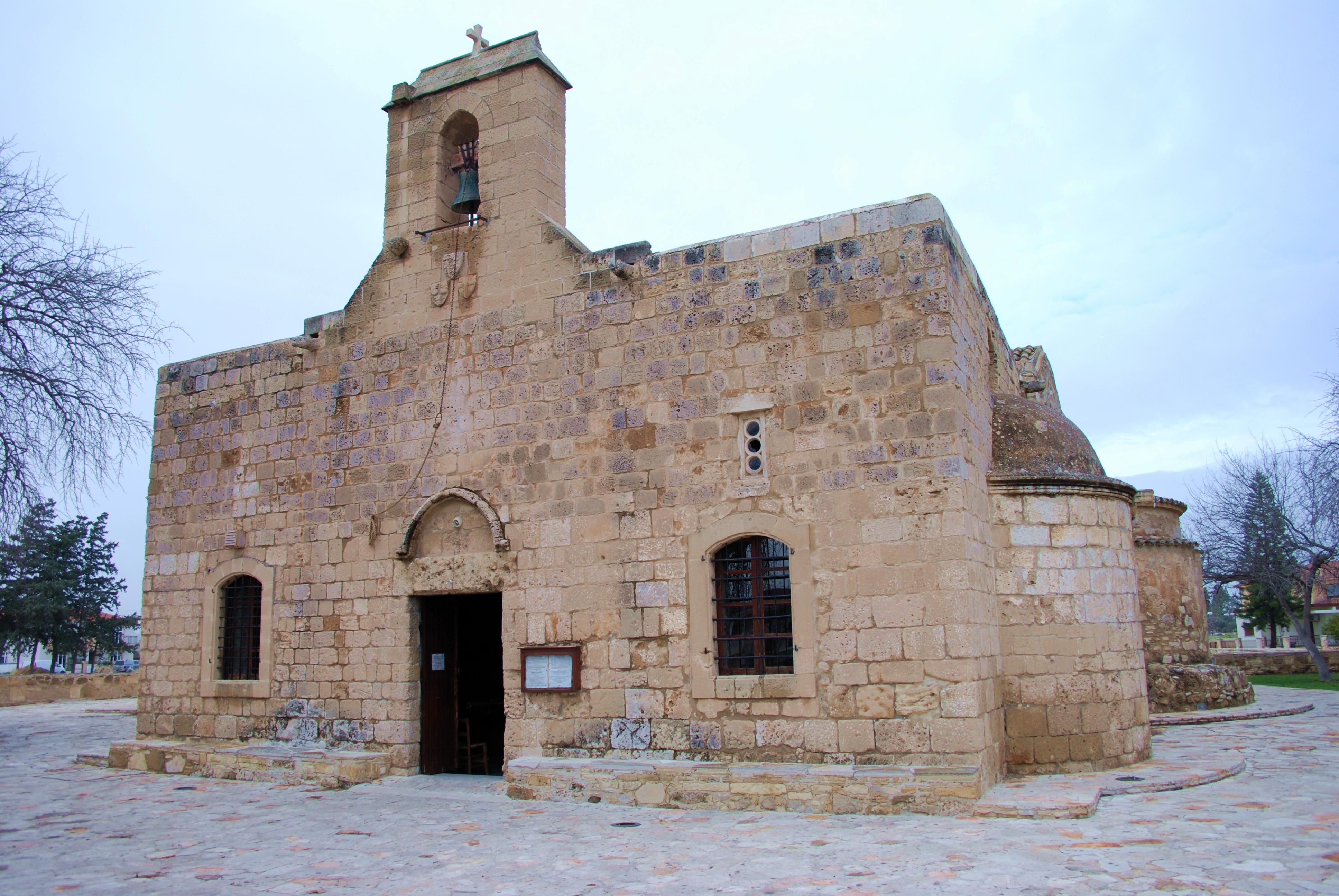 Unfortunately, of the earliest remains of the temple, only one fresco of the VI century has been preserved, but in what excellent condition! Of the buildings, the oldest is the Byzantine church, dating back to the XI century. Next are the chapel of Saints Cosmas and Damian (XII century), the Frankish chapel (XIII century) and, finally, the latest building is a Roman Catholic chapel (XIV century). The iconostasis that we see today was built even later, in the XVIII century. 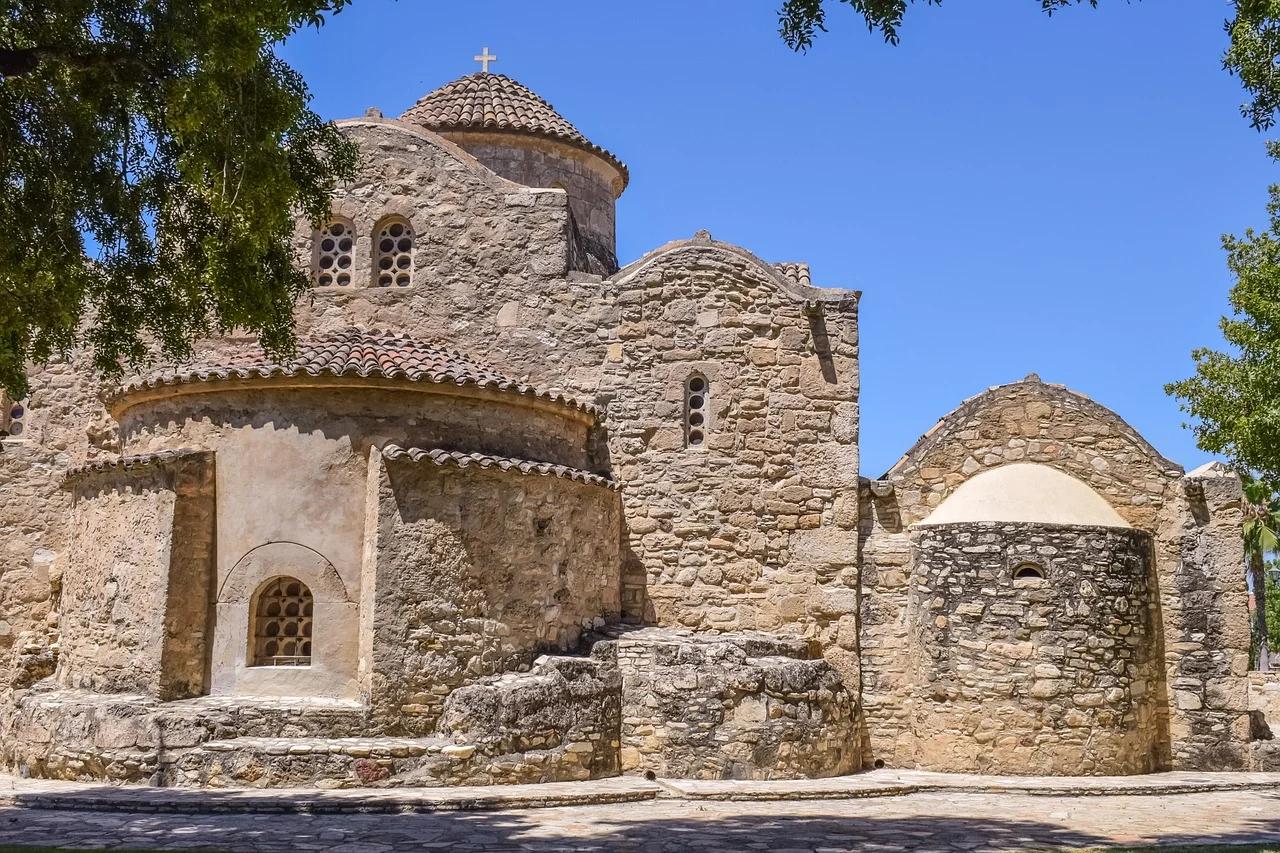 In fact, the Angeloktisti Panagia is now a museum - church. Several ancient icons are kept here, which are of great value, both historical and artistic, and religious.

There are quite a few mosques in Cyprus, large and small — this is evidence that the island was ruled by the governors of the Ottoman Empire for almost three centuries. Of course, many of the mosques were destroyed, but many structures have survived to this day.

One of the most iconic is the Hala Sultan Tekke Mosque, which is located on the shore of the Salt Lake. In terms of importance, it is one of the four world Islamic shrines, and many pilgrims come to Larnaca precisely to worship at the mosque. 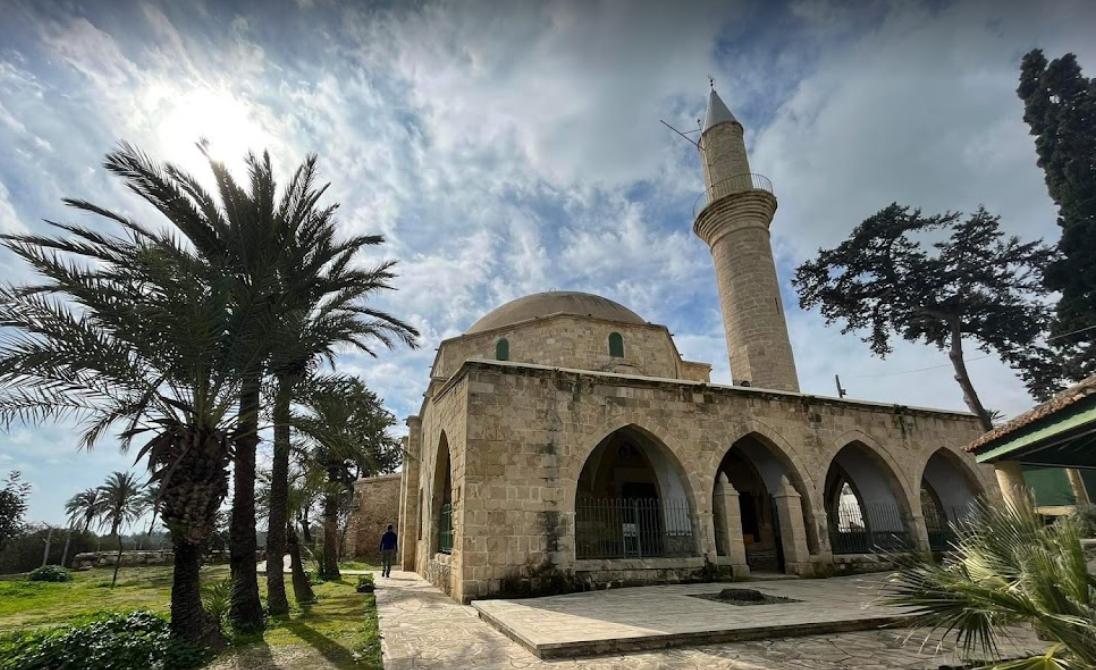 But do not think that only Muslims can get inside: the Hala Sultan Tekke is partially operational. This means that on holidays it is closed to people of all faiths, and on any other days (except Sundays and Fridays) you can go inside and even get a tour.

The history of the mosque is very interesting. We are used to the fact that among Muslims, the key figures of all actions are men. But the Hala Sultan Tekke was built in honor of a woman! And we even got her name: Umm Haram bint Milhan. According to various versions, she was either the wet nurse or the aunt of the Prophet Muhammad. In any case, she was a very respected woman who took part in the care of the Prophet.

Being already at an advanced age, Umm Haram went to accompany her husband on a military campaign to Cyprus. It was a common thing in those days. On the shore of a Salt Lake, a mule that was carrying an elderly woman bucked, she fell and crashed badly, from which she died a few hours later. 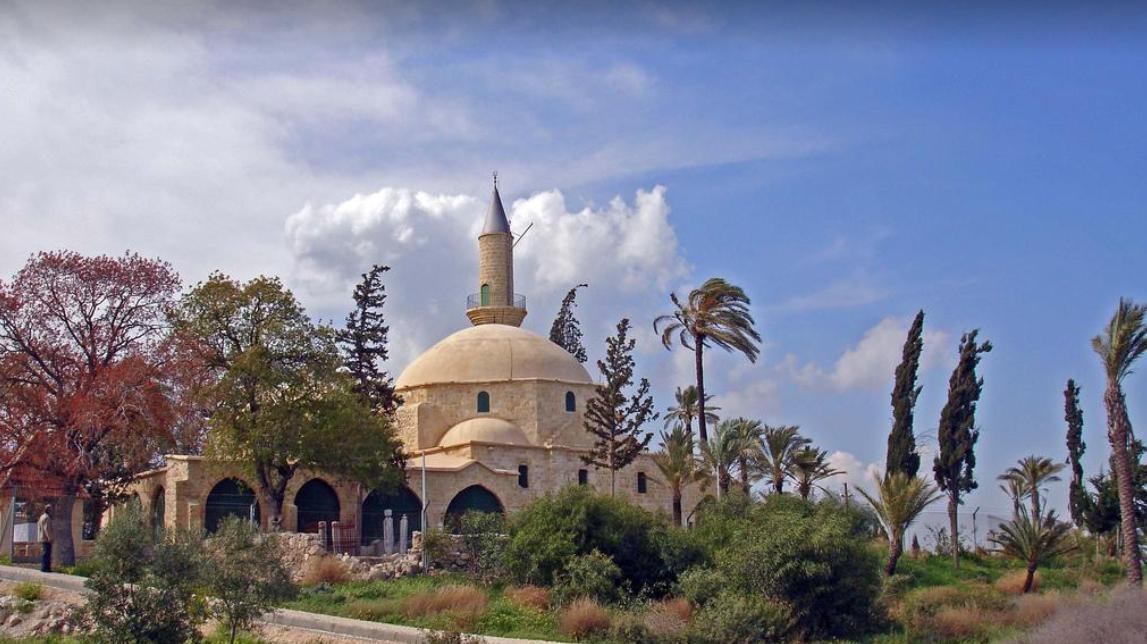 She was buried at the same place (in the VII century), and much later (in the XVIII century) a magnificent mosque was erected. Today it also includes a mausoleum, a high minaret, a garden for walking and even dwellings for pilgrims. It is interesting to observe it both up close and from the shores of the Salt Lake.

Not so big and significant, but no less interesting, the Jami Kebir Mosque is located very close to the Larnaca fortress.

Its age is impressive— almost 500 years! According to archaeological finds, there used to be an early Byzantine church here, but in the XVI century a Jami Kebir was erected in its place. 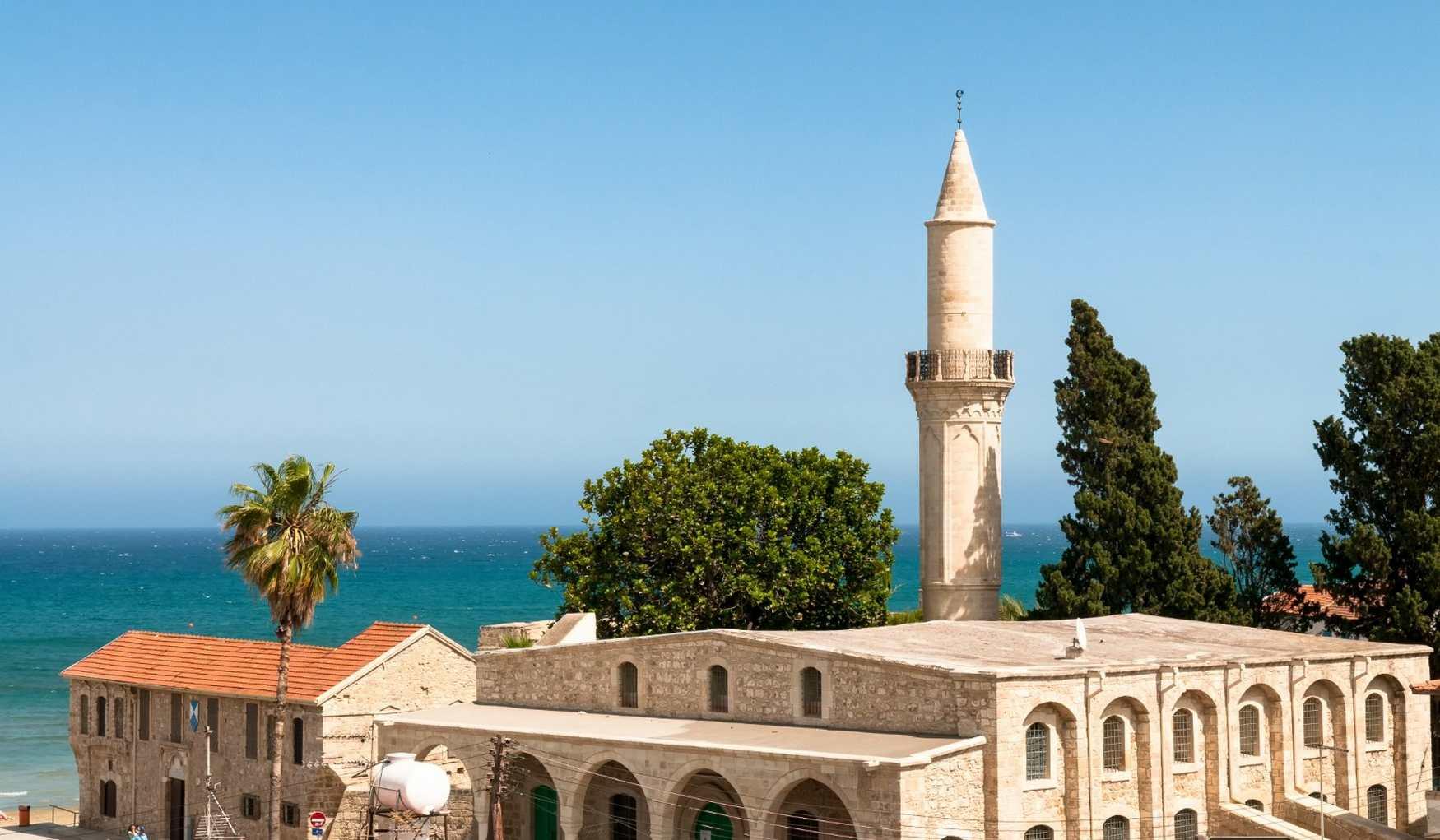 Like all other ancient buildings, the mosque has suffered from earthquakes and floods. It acquired its final appearance only at the beginning of the last century. However, all the most basic things have been preserved well and do not prevent you from feeling the spirit of history. 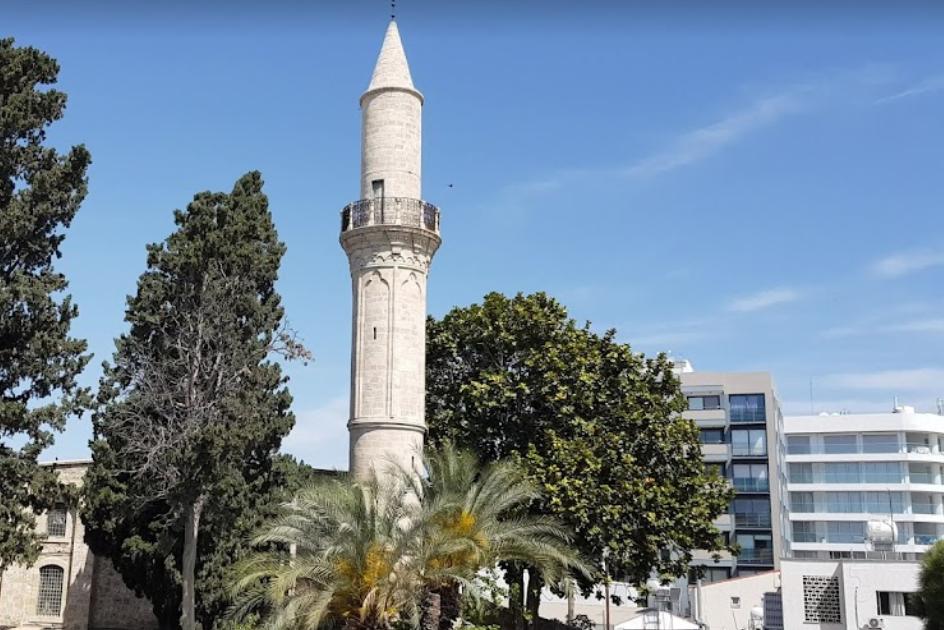 Like Hala Sultan, Jami Kebir is open to the public most of the time. Services are held here only on certain days and big holidays.

After the antiquities, it's time to move on to newer buildings. They belong to the period of the rule of the British Empire in Cyprus and are made in a characteristic colonial style. It will not be difficult to recognize these buildings. 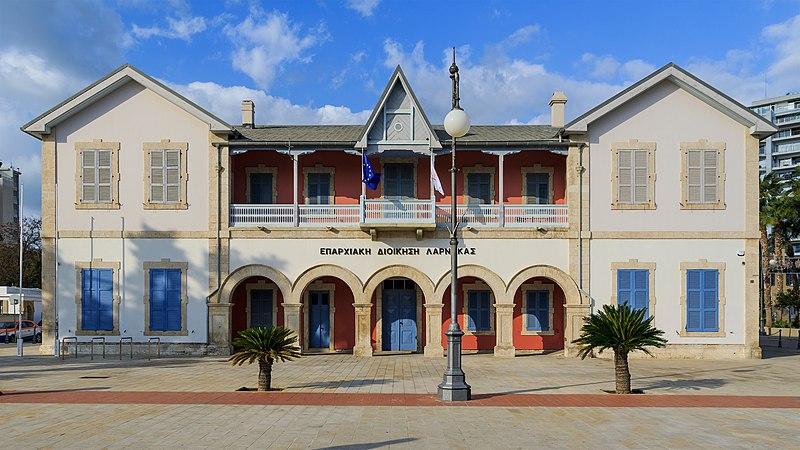 Take at least the administration of Larnaca – it is located right on Europe Square, on one side of the Finikoudes embankment. One glance is enough to understand: IT was built by the British! It was the governor's house, and then turned into an administrative building.

The most interesting thing is that in the summer of 2022 it is planned to move the administration to the building of the old hospital, which is no less colorful. What will be in place of the old administration is still unknown, but it will definitely not be demolished.

Another creation that was erected on the coast was one of the first after Cyprus came under the control of the British Empire. Initially, these were port customs warehouses, but after Cyprus became fully owned by the Cypriots, the building was given over to an art museum.

Now there is a small but very interesting exhibition of paintings and sculptures inside. It will be interesting to visit the gallery for anyone who is interested in fine art or wants to get to know the culture of Cyprus better. 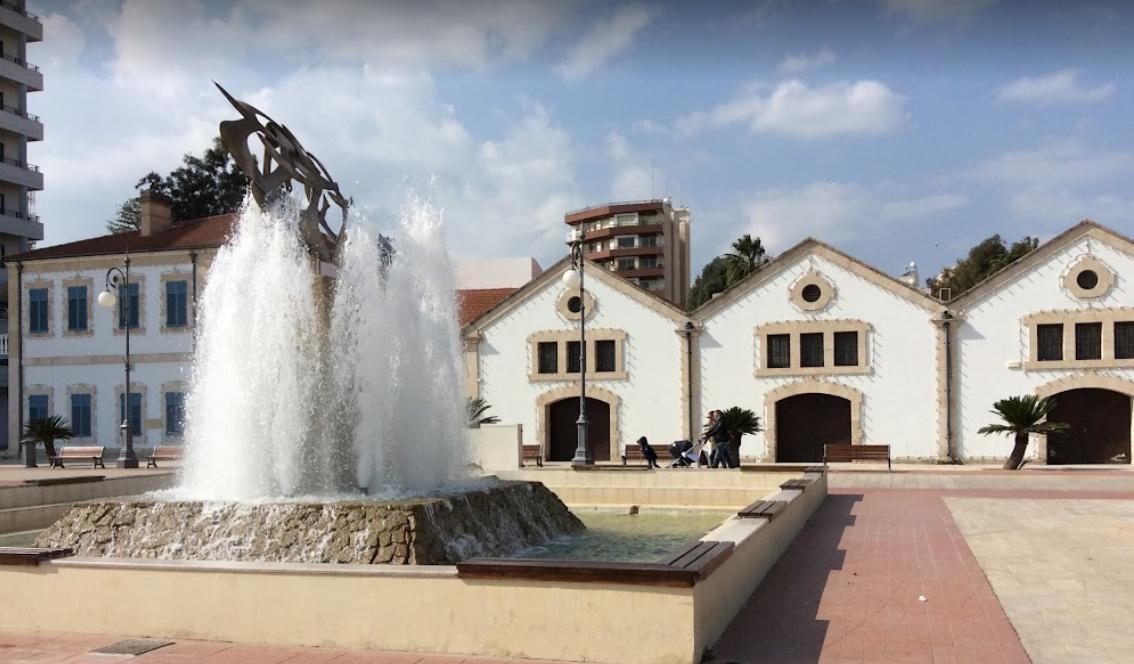 This museum is worth visiting not only for fans of ancient architecture, but for all-all guests of the island! The fact is that there is a huge collection of cultural and everyday objects of Cyprus from different times. You will definitely be interested to see how people used to live on this sunny island. 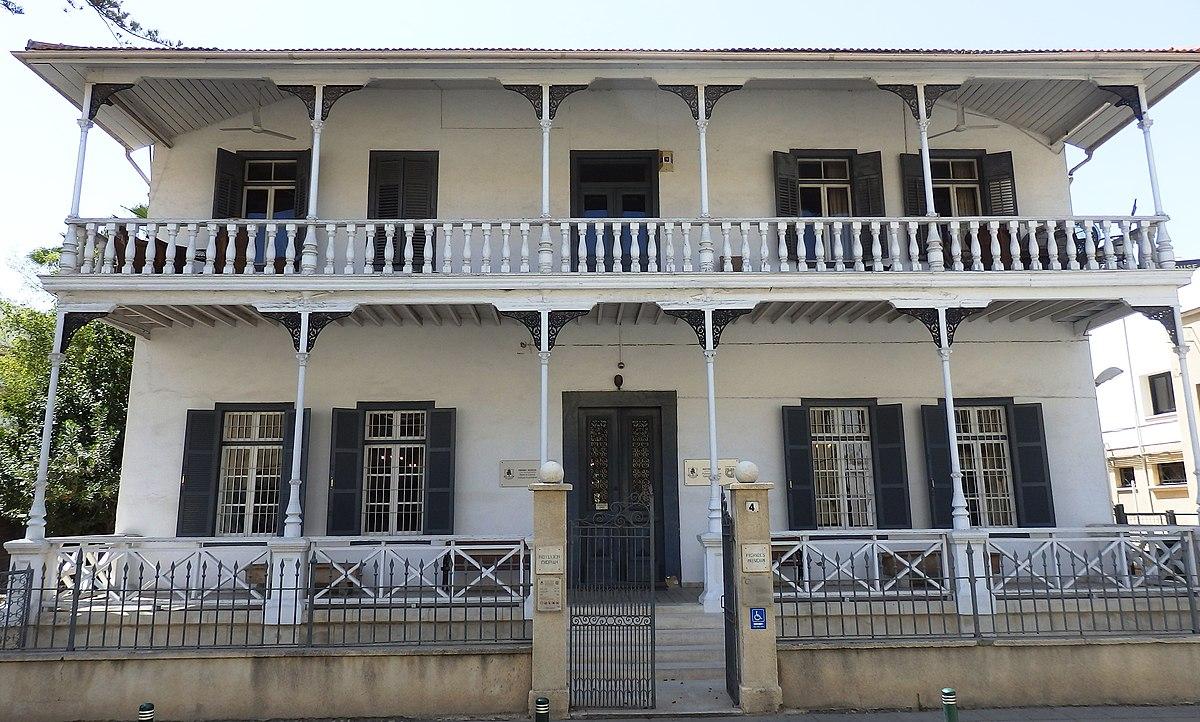 But, since we are talking about buildings, we will not touch on the exposition — we will leave it as a surprise. We will only add that 6 generations of Pierides have diligently replenished and are replenishing the museum collection.

The house was built by Mayor Zenon Pierides at the end of the XIX century. At first, as expected, he lived in it — this comfortable stone building with a rather refined and refined appearance was perfectly suited to the needs of the family of a high-ranking person. Mr. Pierides was fond of collecting antiques: these were archaeological finds, household items, and later even photographs. 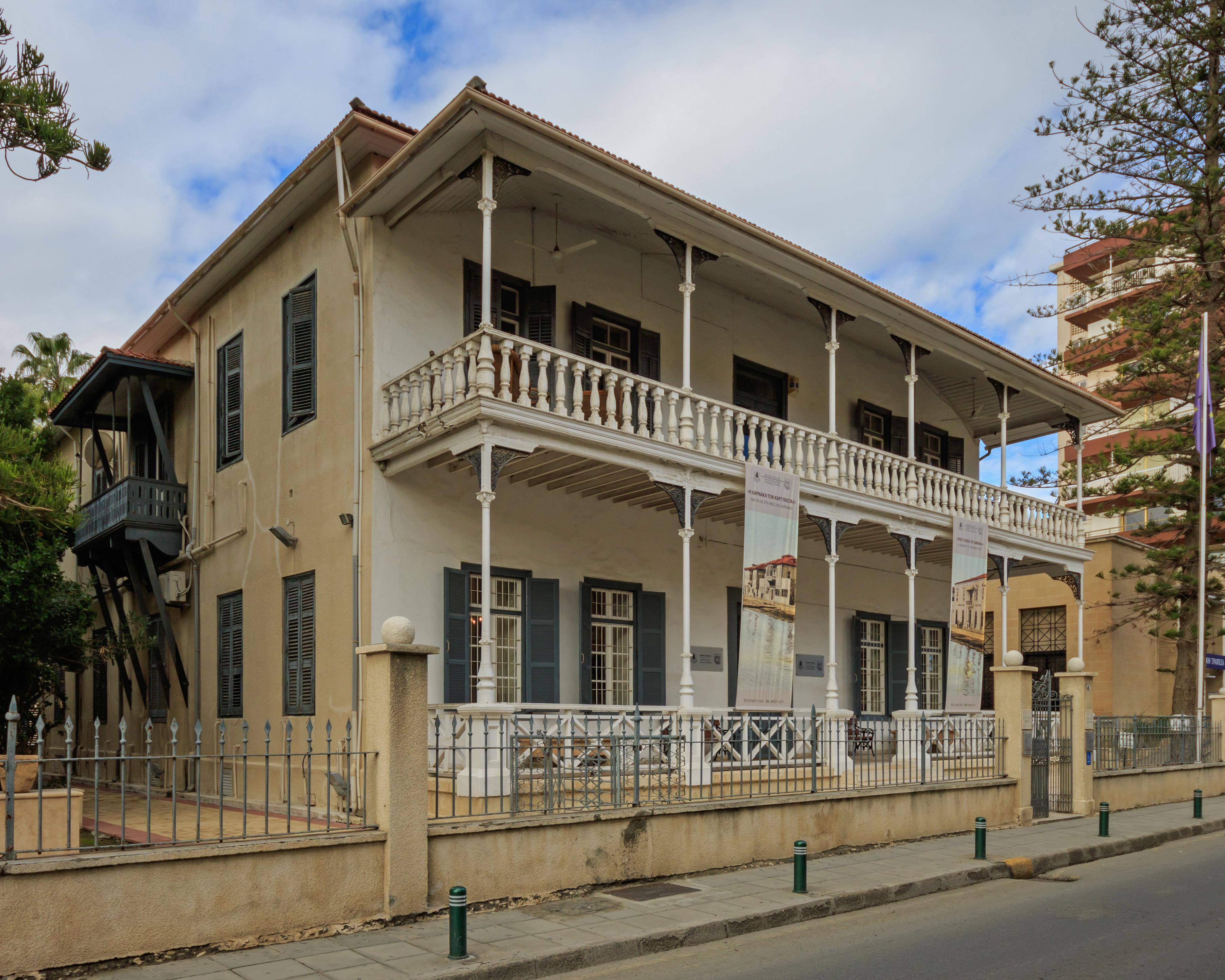 Subsequently, the house ceased to be residential, and it was completely given over to a museum. But so far its owners are Pierides: this is a rare case when the museum remained in private hands. Through the Pierides Foundation, the exposition continues to be replenished, and thousands of guests regularly visit the four large halls.

The building was originally built for law enforcement purposes— it was a prison. Subsequently, it was slightly redone, and a police station turned out, which is still functioning properly. Yes, for this reason it is impossible to see it from the inside (probably, I don't really want to get into the police station), but from the outside it is a very interesting structure. 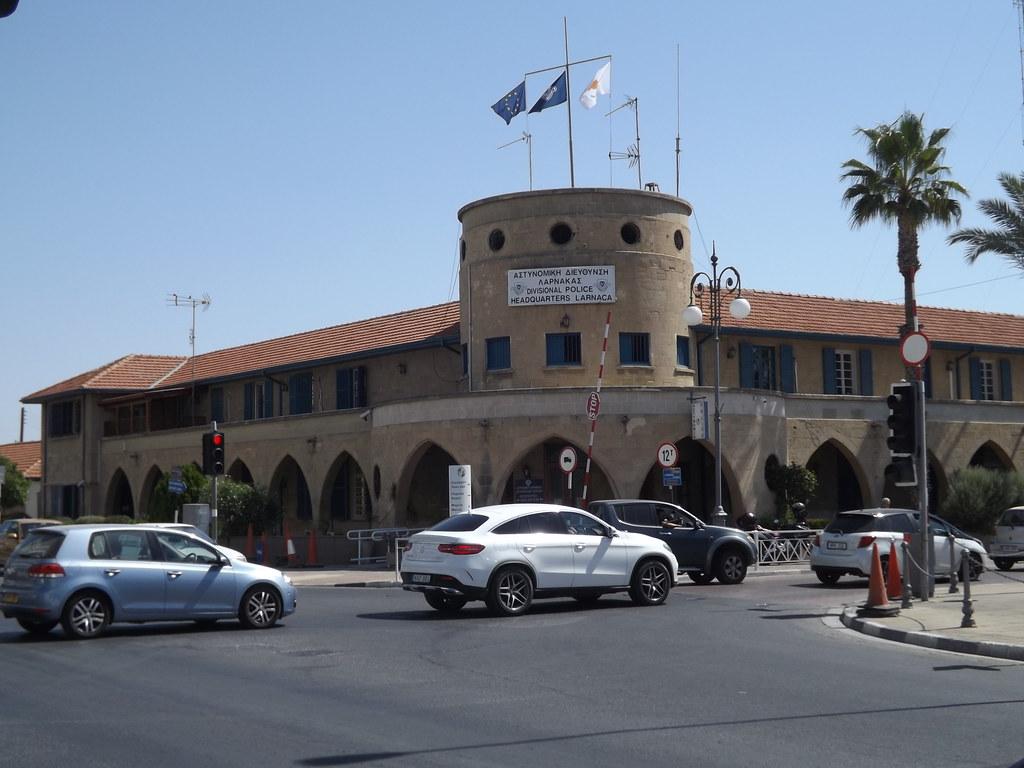 An attentive tourist will notice that the architecture, especially the arches, strongly resemble Byzantine architecture. Strange, isn't it? The British liked Byzantine functionality and symmetry, so they borrowed their favorite elements from the images of temples for public buildings. It turned out, in fact, successfully. 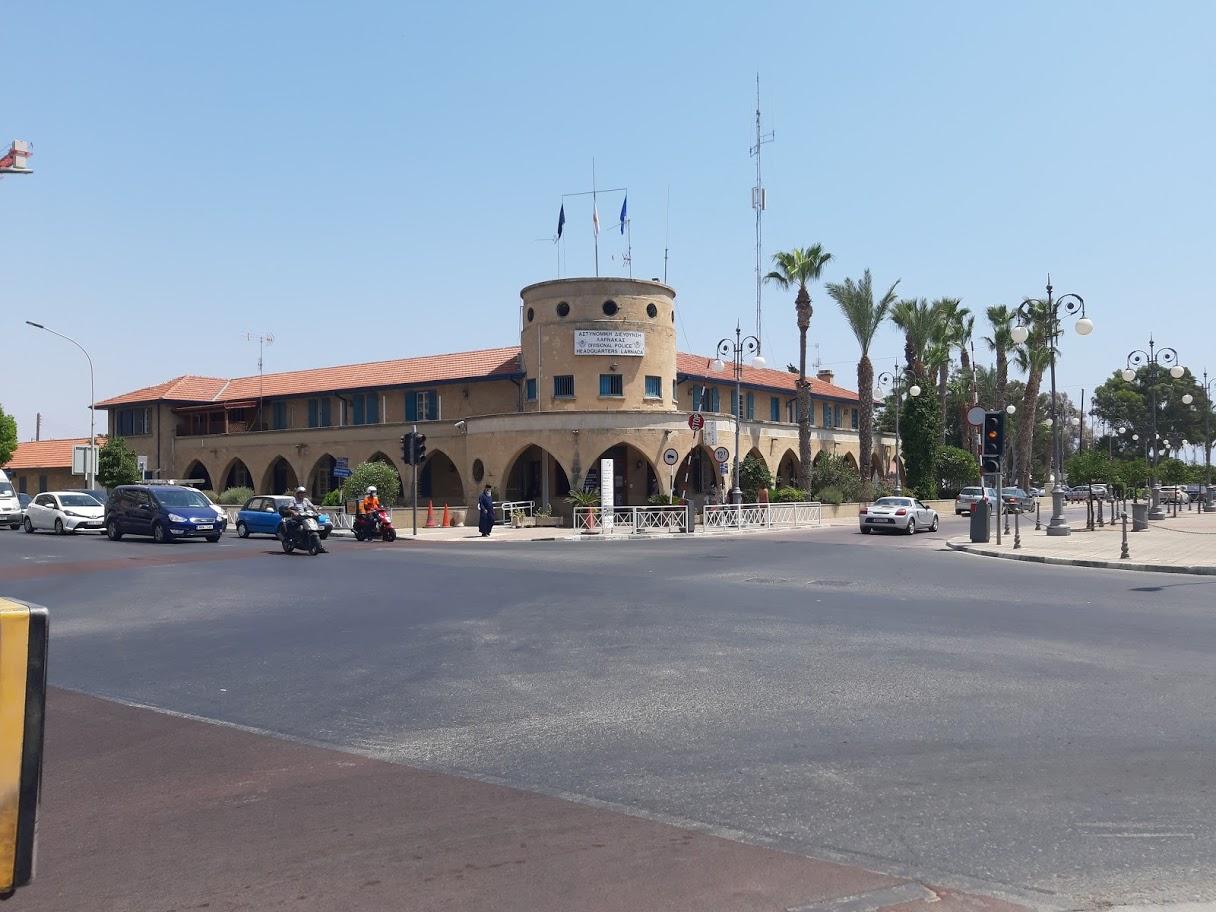 It's funny that at first this small building served as a periptero — corner store. Here they sold various Cypriot curiosities (products, souvenirs, etc.) to foreigners who went ashore on the island in the port, which is located nearby. Obviously, things were going well, since an entire building was erected for an ordinary kiosk! 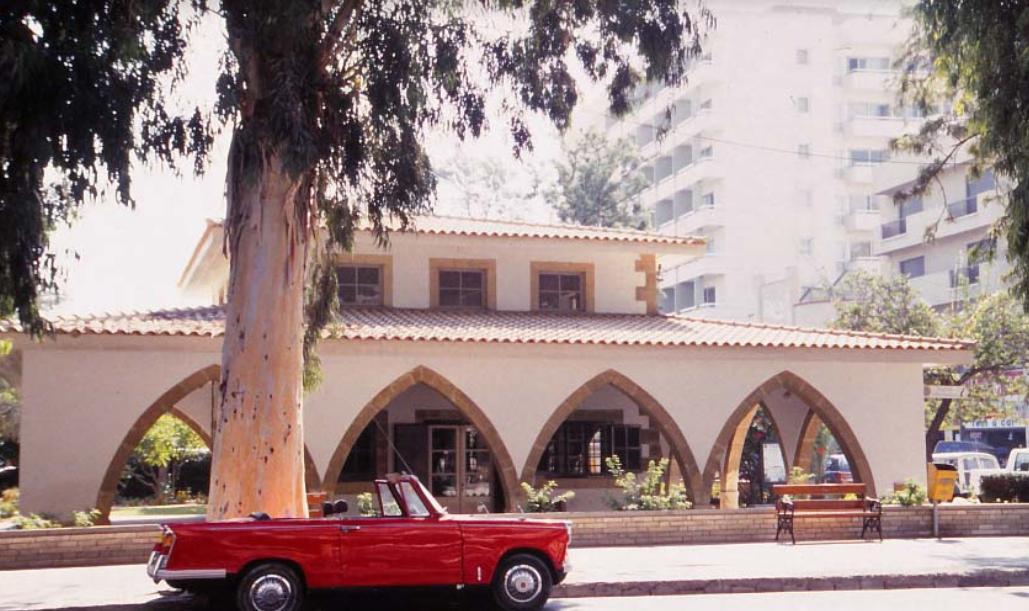 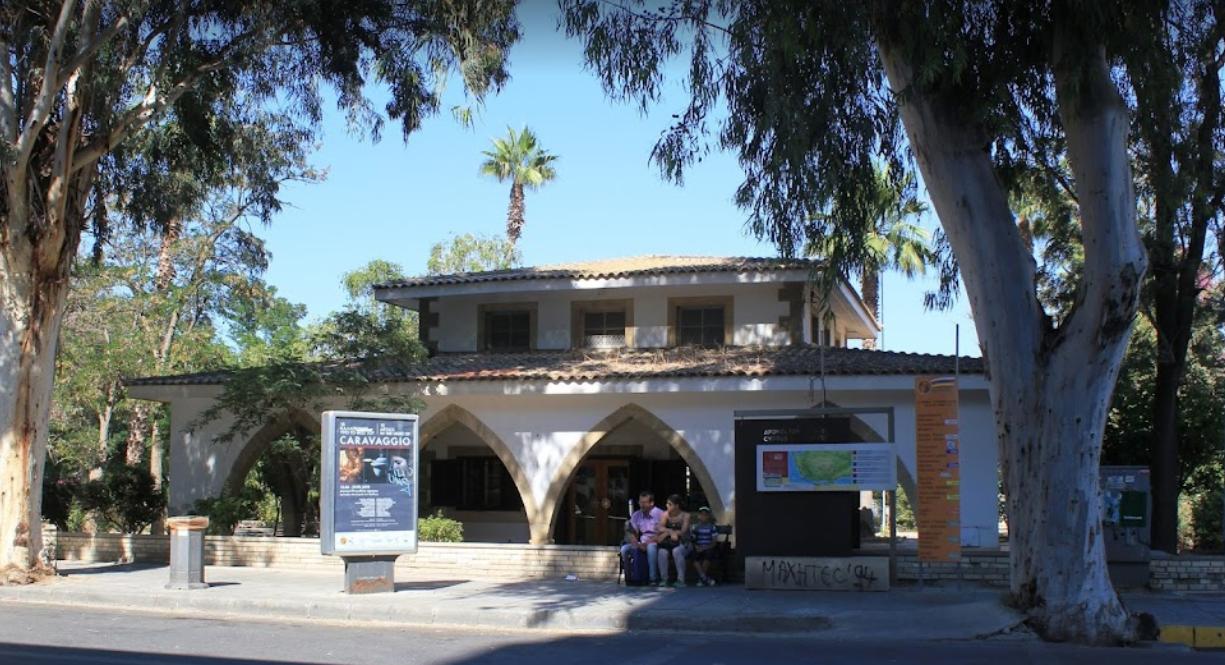