Since the time of British rule, Cyprus has been divided into six districts: Larnaca, Paphos, Nicosia, Limassol, Famagusta and Kyrenia.

Each of the districts is unique geographically, climatically and, of course, politically. Each district of Cyprus has a large coastal strip, its own capital city and its own remote mountain ranges.

Politically, among all the districts of Cyprus, Paphos and Kyrenia stand out. First of all, because of its monotony. Why? Paphos is the only district of Cyprus that is fully controlled by the official Cypriot government. The only one of six districts where Cypriot and European legislation applies over every village, over every beach, over every kilometer. And Kyrenia is the only district where no Cypriot or European legislation works at all. 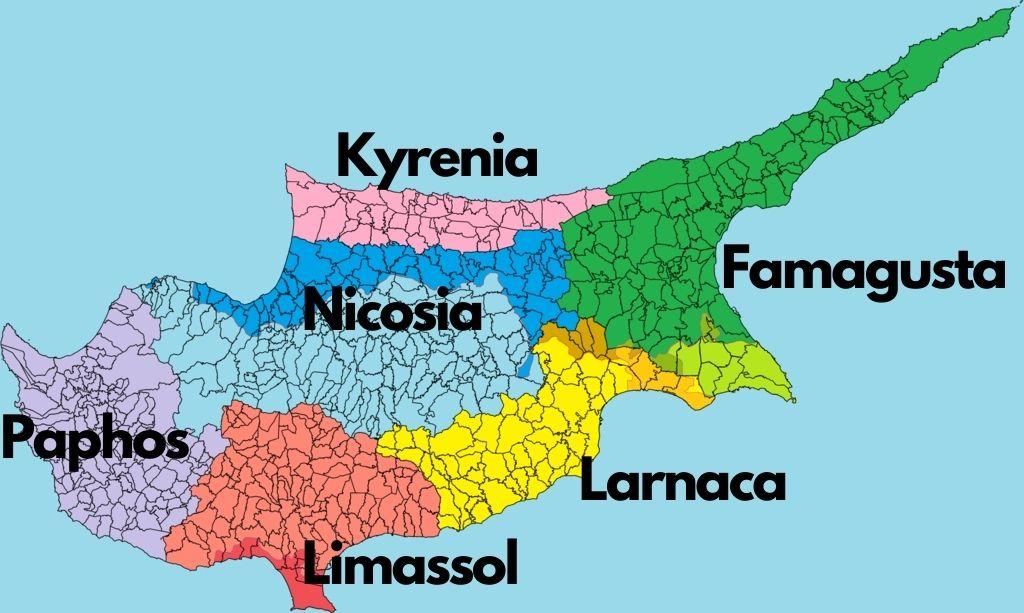 The rest of the districts can be ranked according to the percentage of land that is under the control of the Cypriot government.

The first is the Limassol district, as the Republic of Cyprus controls the entire territory, except for a couple of communities. Akrotiri, as well as partially the communities of Kolossi, Episkopi and several others, are subject to the British crown, and they are neither formally nor actually part of Cyprus.

Larnaca is controlled by Cyprus to a lesser extent: part of the land is taken by the British, a small piece is occupied by the unrecognized TRNC, and another part of the territory is controlled by UN military peacekeepers. As we mentioned earlier, the village of Pyla is the place where all four authorities meet each other.

Even less Cyprus controls the Nicosia district. Vast seaside territories, villages, large Orthodox and Islamic shrines are in the hands of the TRNC. The city of Nicosia itself is divided. 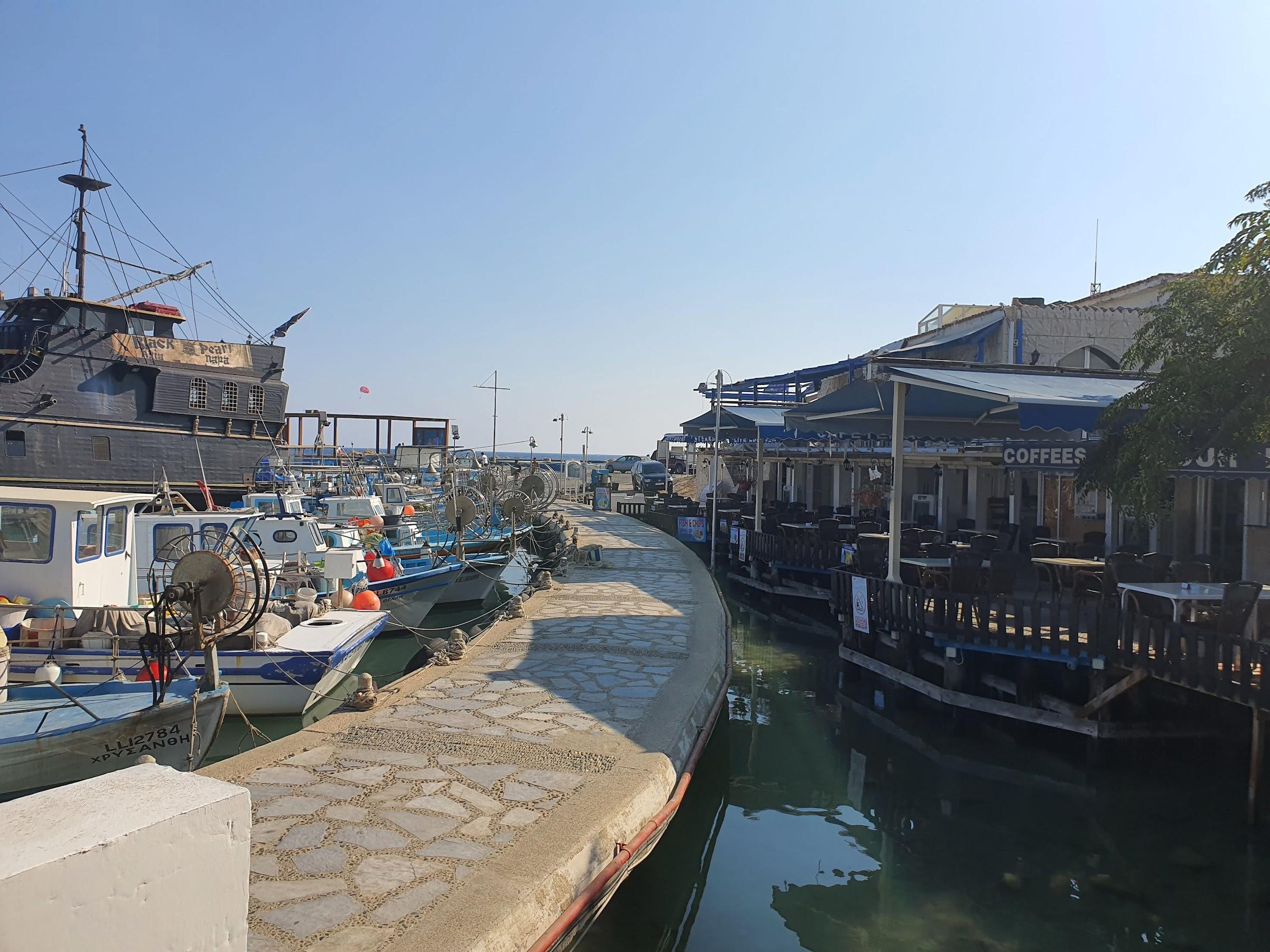 District and city of Famagusta

Famagusta had an interesting story.

First, out of 98 communities and municipalities, official Cyprus controls only nine (some of them are not fully controlled, the ninth is controlled by a couple of percent, so we will not mention it below). Second, the city of Famagusta itself, a large city port and the once most developed economic regions of the island are occupied by Turkish troops and the unrecognized republic.

The total is only 8 municipalities and communities and no large (by Cypriot scale) city. Why do you need to consider the Famagusta district as a place for your investment? Because quality not quantity. This is the most popular tourist resort in Cyprus and in the Eastern Mediterranean.

Today we will take a short tour of some of our 8 free municipalities and communities, see what they are, what new projects can be found in them, and whether it is worth buying real estate here.

Most tourists get to the Famagusta district either along the A3 highway (Larnaca Airport - Ayia Napa), or along the parallel B3 road (Larnaca - Xylophagou). In any case, first you will definitely pass the British military base Dhekelia and the village of Xylophagou. They are still Larnaca. However, right after Xylophagou, where the B3 road merges with the A3 highway, begins Liopetri. This is our first stop. 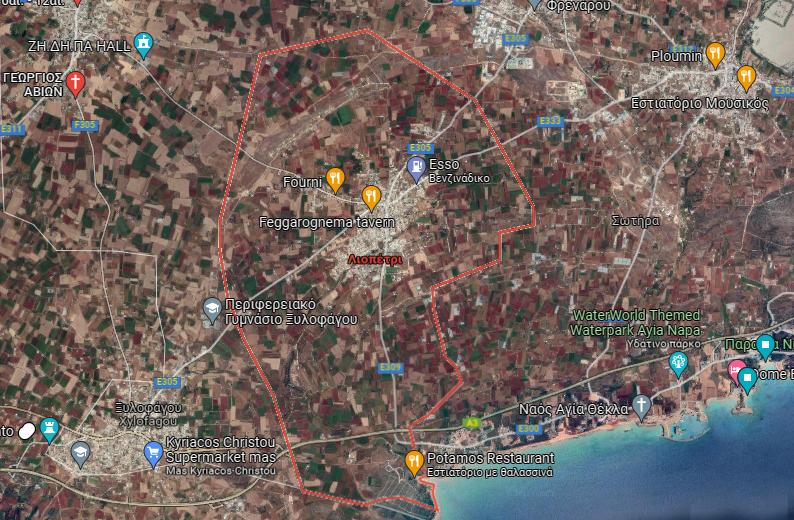 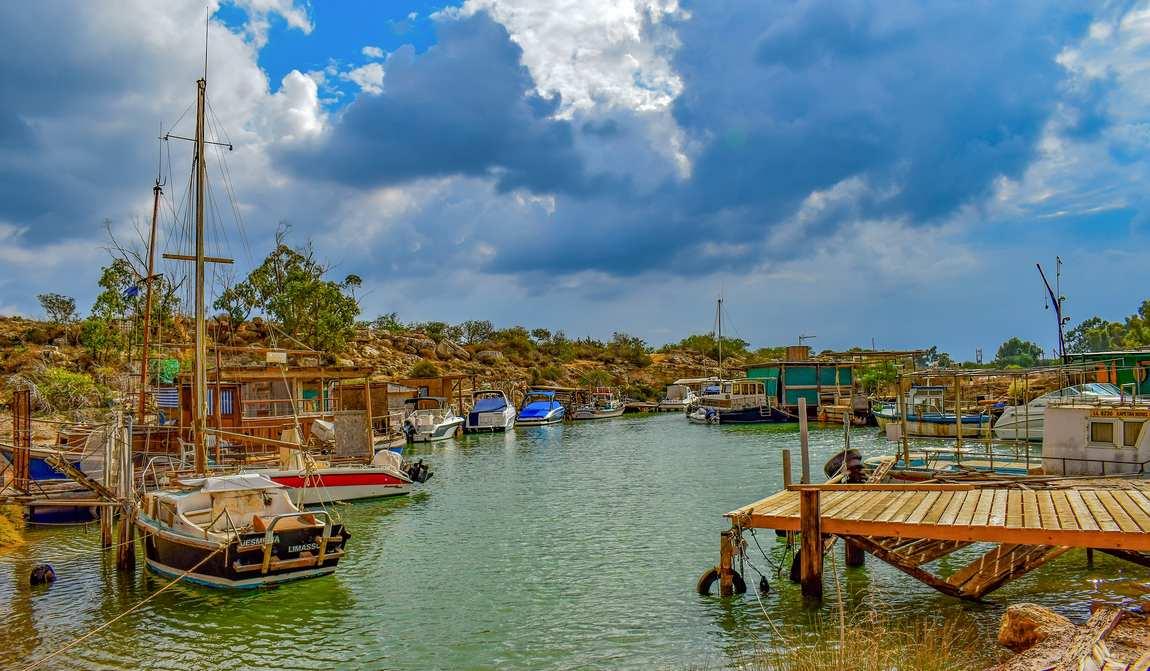 What a beautiful name. Most likely, the name of the village Λιοπέτρι comes from two words (λλίες (ie λίγες in Athenian) and πέτρες in Cypriot means "rare stones"). The fact is that the soil here is much less rocky than it was, for example, in Larnaca.

The village center is located three kilometers from the coast and is part of the so-called Red Villages (Κοκκινοχώρια). It is an important cultural region of Cyprus, but it is not a place for investment in tourism, so we will discuss it another time. 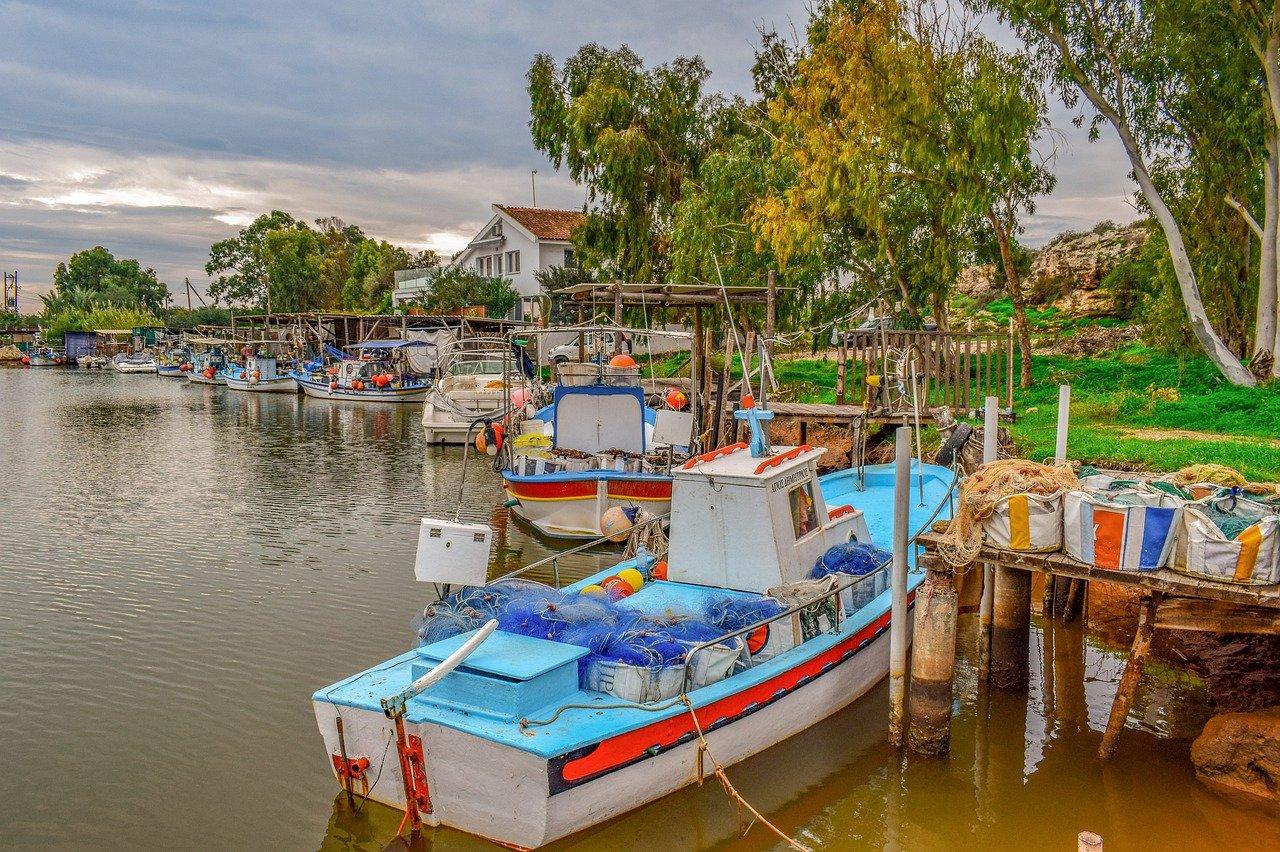 The community of Liopetri occupies about 500 m of the coastal strip; here is the famous wild beach of the same name and a small marina. There are no significant developments here yet, and there is nothing special to build up here.

Municipality of Sotira (Σωτήρα) (Agia Thekla on the DOM website) 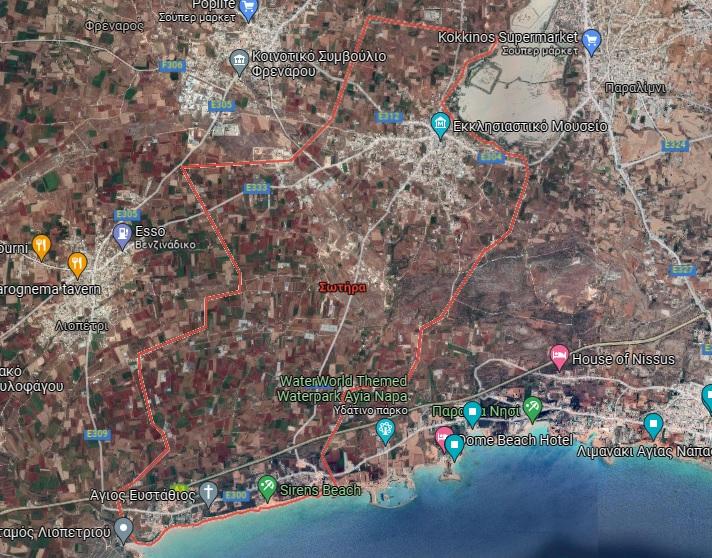 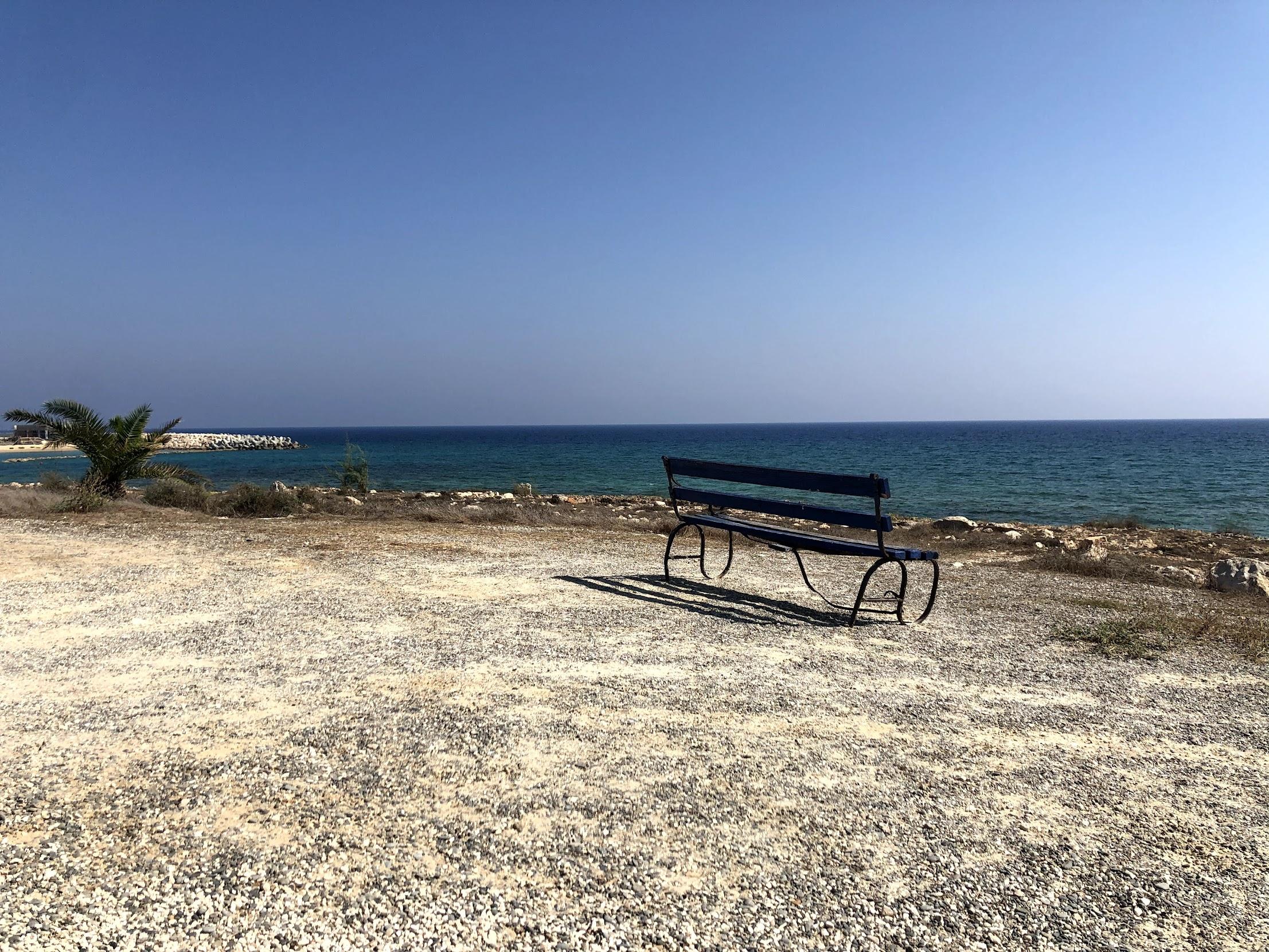 There are two Sotiras in Cyprus: here in Famagusta, and in Limassol.

The latter is divided by the Brits and the official Cyprus. In general, "Sotiras" (σωτήρας) means in Greek "savior" (ie Jesus Christ). For example, the Latin American country El Salvador is named according to the same idea ("salvador" is also a "savior", but in Spanish).

The center of Sotira is also part of the Red Villages and is also far from the sea, although the municipality has its own extensive coastal strip, which is also interesting for investments. In order to distinguish the center of the village from the tourist zone, the coastal part is recorded as Agia Thekla on the DOM website - this is the unofficial name of the area. 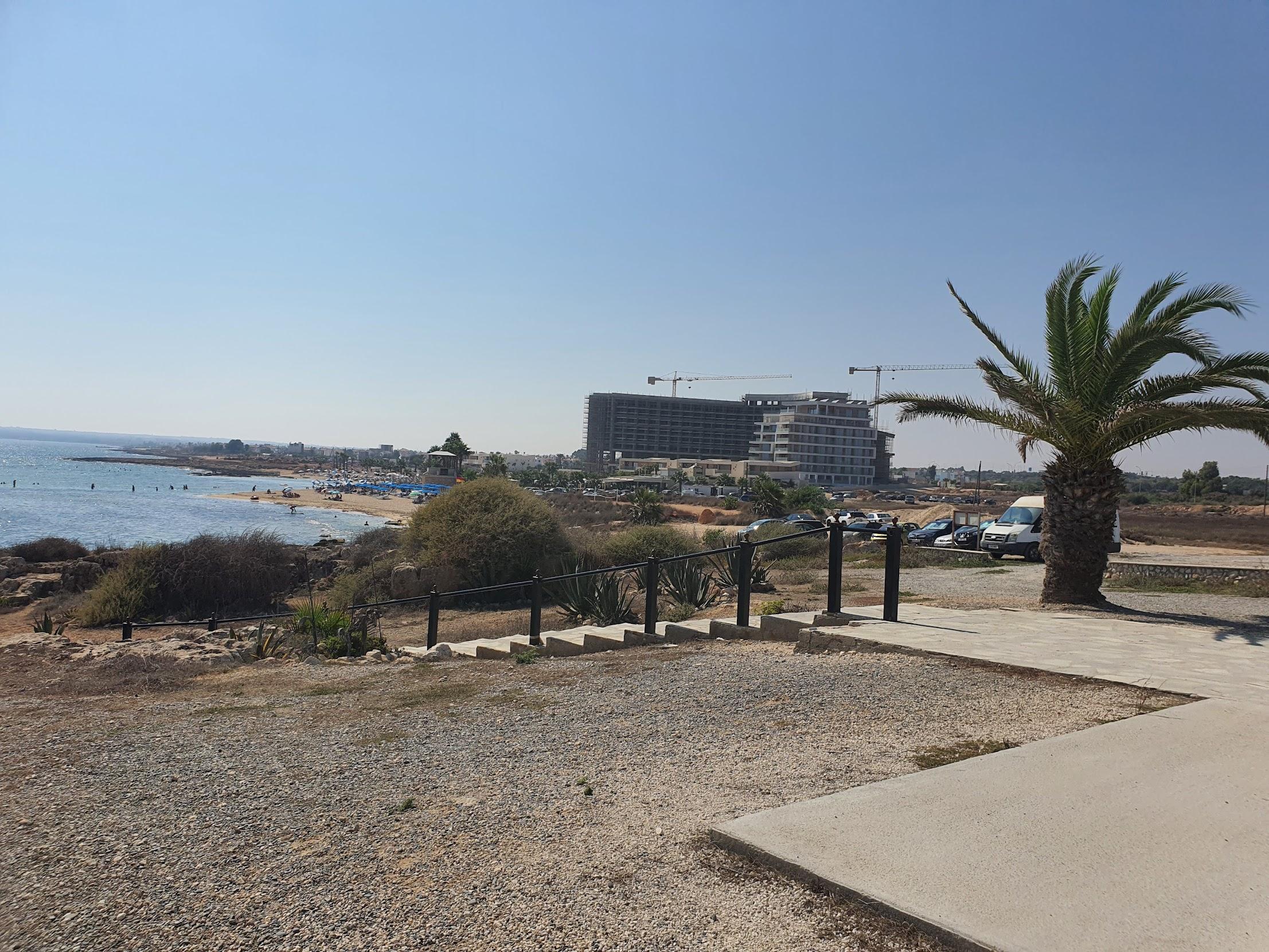 Agia Thekla in Sotira is promising for investment.

Since it is the closest area to Larnaca International Airport, and there are still a lot of plots for construction. At the moment, Agia Thekla is slightly built up with villas, although the construction of large hotels is also starting here - now, on the border of Sotira and Ayia Napa, Sun City Spa Resort & Residences are being erected. Not without scandals.

You can invest in Agia Thekla in expensive real estate, for example, a super-elite villa for € 2,950,000. In other parts of the island, such real estate will be much more expensive. But here, in Famagusta, prices are still at a low level. Why do you say ''still''? We will learn it soon. 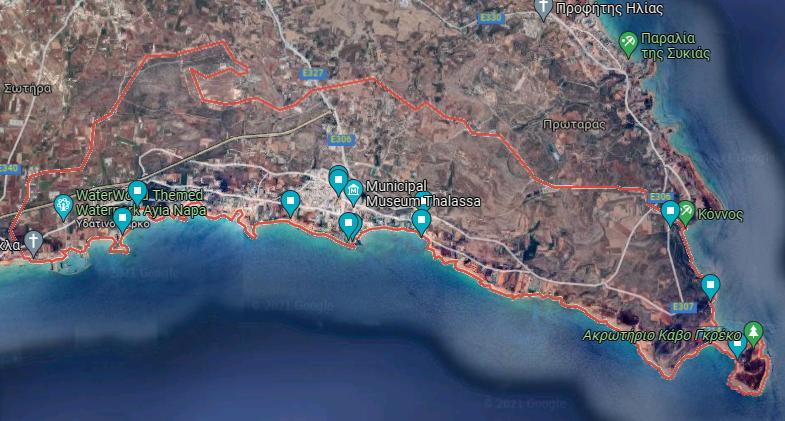 One of the most famous towns in Cyprus.

Tourist Mecca. A city that never sleeps (of course, in summer - in winter it goes into deep hibernation). Will it develop in the future? Why invest in Ayia Napa property?

Firstly, even here there are still a lot of undeveloped coastal plots. Secondly, it's all about the new marina. Ayia Napa Marina is one of the most ambitious projects on the island. Villas with their own "parking" for yachts, luxury apartments in high-rise buildings - here you can find a huge number of objects for large investments. 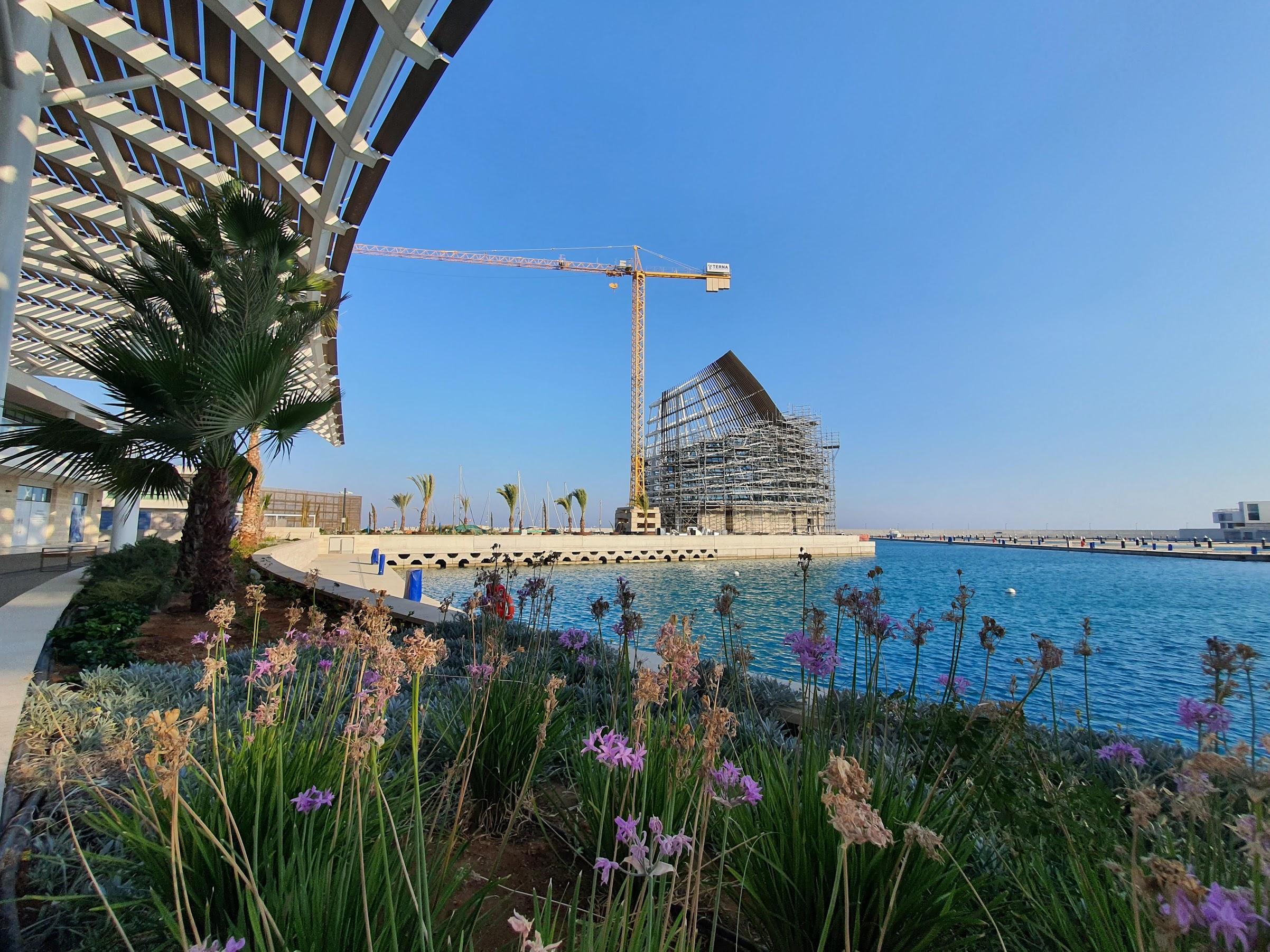 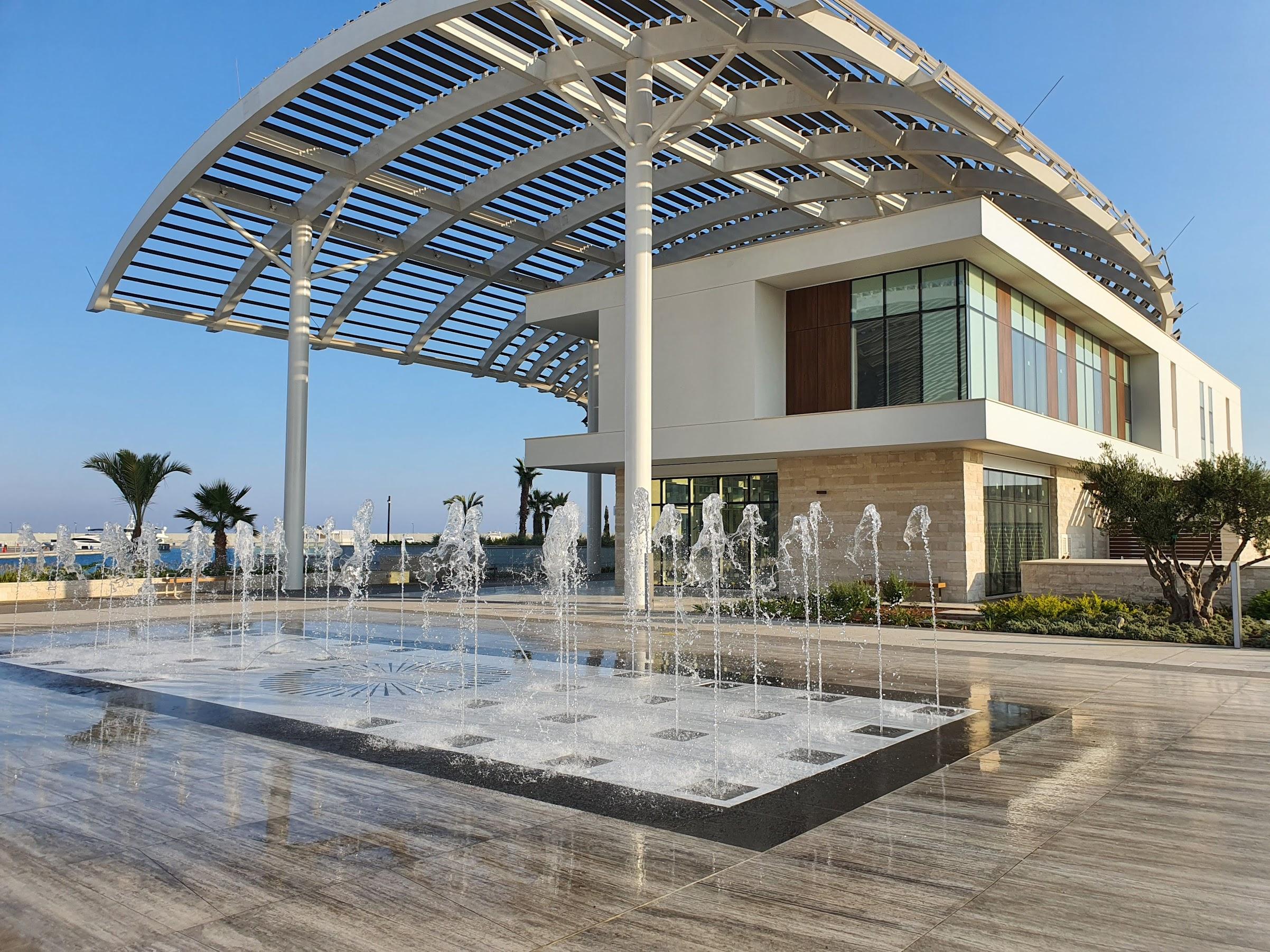 If you move a couple of hundred meters from the sea, then the price per square meter drops sharply, and you can buy more budget villas or apartments.

The municipality of Ayia Napa also includes the famous Cavo Greco Park, but nothing can be built there, so we will walk there another time. And yes, what the name "Ayia Napa" means, we have already told earlier. 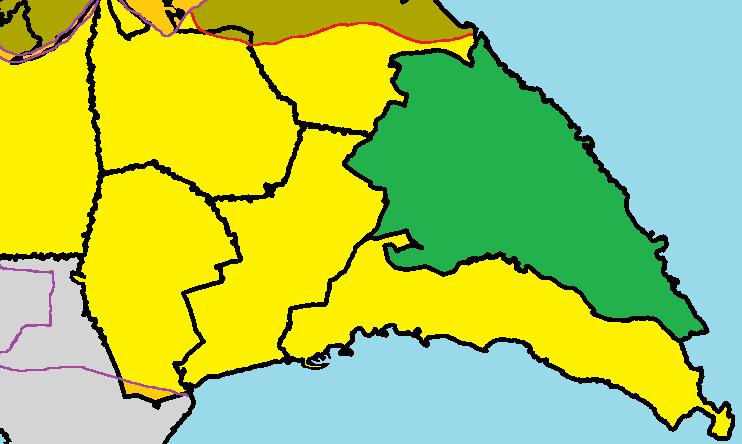 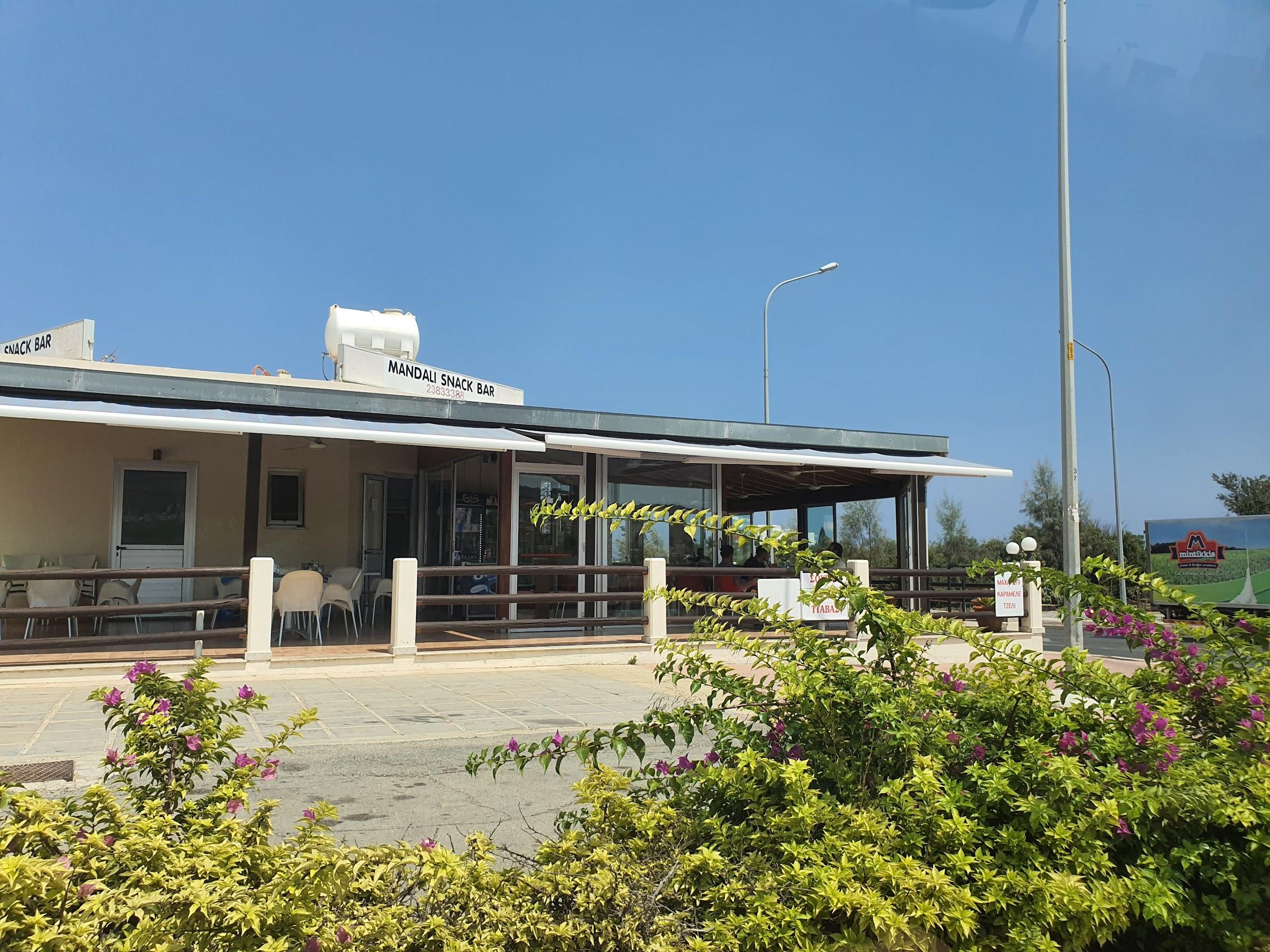 The municipality of Paralimni ("Near Lake", if literally translated into English) is the largest. So large that its coastal part is divided into four areas on our website, and Google Maps indicates it incorrectly.

The most famous coastal resorts of Paralimni are Protaras and Pernera. 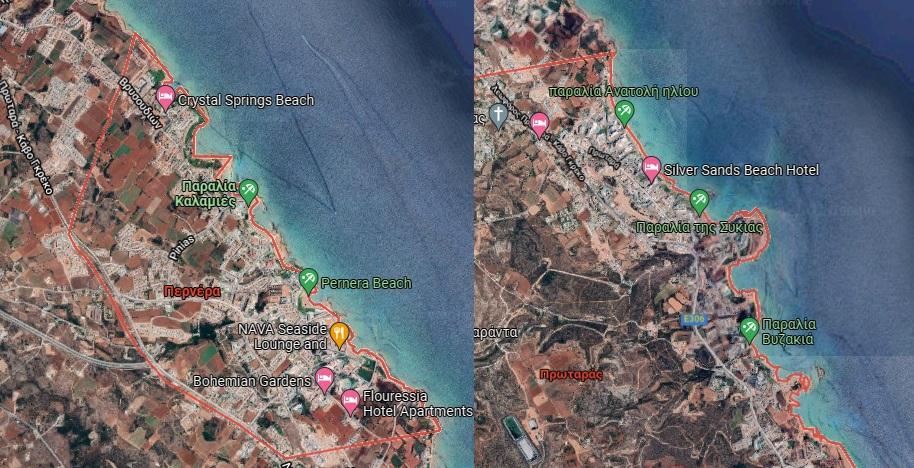 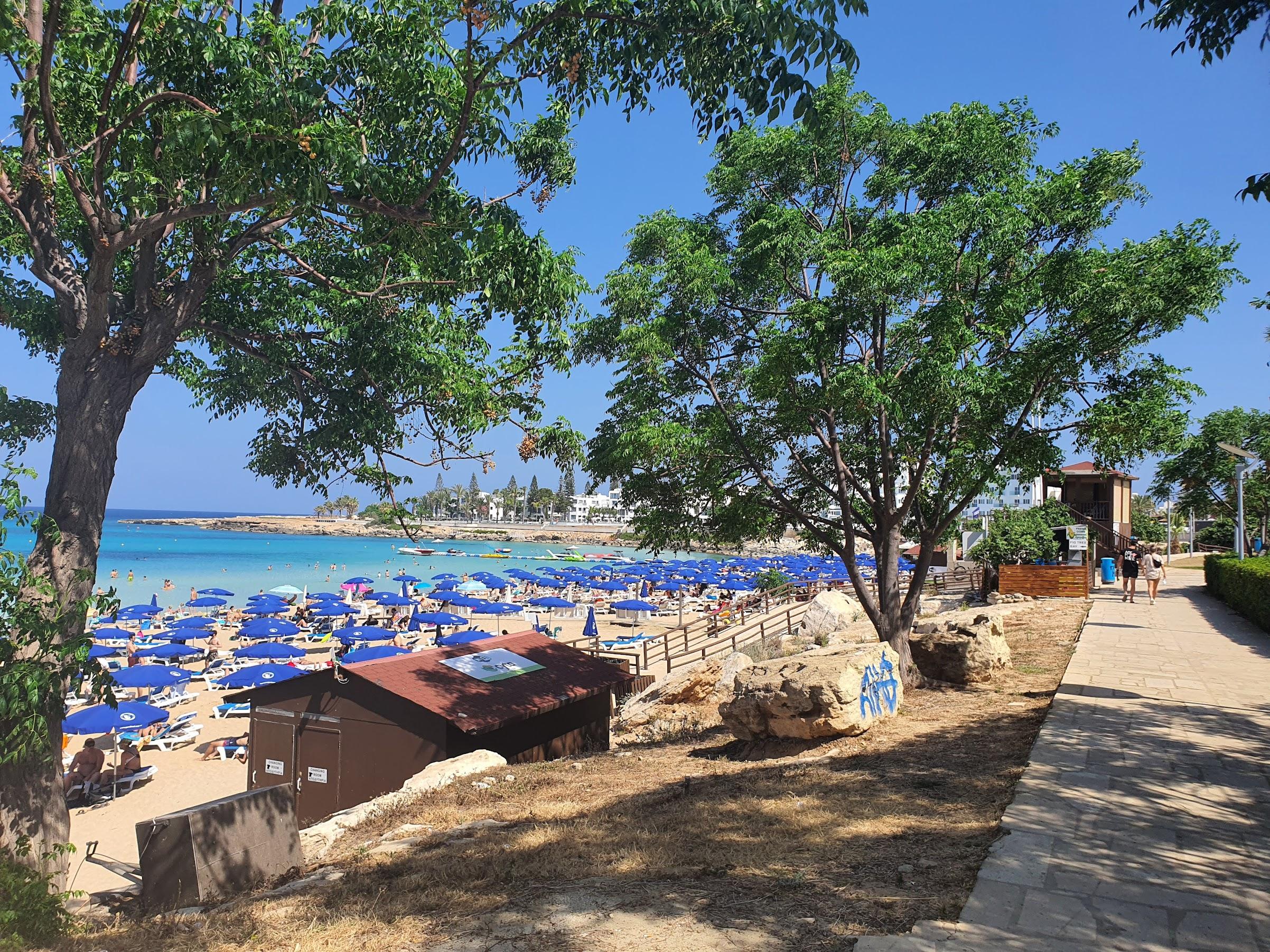 Paralimni Marina with luxurious penthouses and apartments will be built in Pernera.

Prices in Paralimni Marina will be lower than prices in Ayia Napa, so a wider range of investors will be interested in this project. The construction of the marina will dramatically increase the value of the neighboring property.

Protaras is famous for its hotels. Moreover, it is the second (after Ayia Napa) resort in Cyprus. Here you can buy resort real estate. For example, an apartment in a luxury hotel complex. This means that residents will have access to all the services of a luxury hotel! Just imagine the opportunity to live in your own apartment at a hotel on the shores of the Mediterranean Sea for 175 thousand euros. What are the prospects for personal recreation and investment in tourism!

The remaining two districts, Konnos and Kapparis, are located on the border of coastal Paralimni to the south and north.

These are two very different districts. Konnos is a small area bordering the Kavo Greco nature park. There are luxurious villas on the first line from the sea. Due to the location opposite the famous ecological park and thanks to the picturesque surroundings, the price of real estate here will remain high.

Finally, Kapparis is the farthest and most actively developing area.

Here you can buy an apartment in an elite gated complex (with a developed family infrastructure and 500 meters from the sea) for 150 thousand euros! Or rent a luxurious small (3 bedroom) villa for 1200 euros per month. 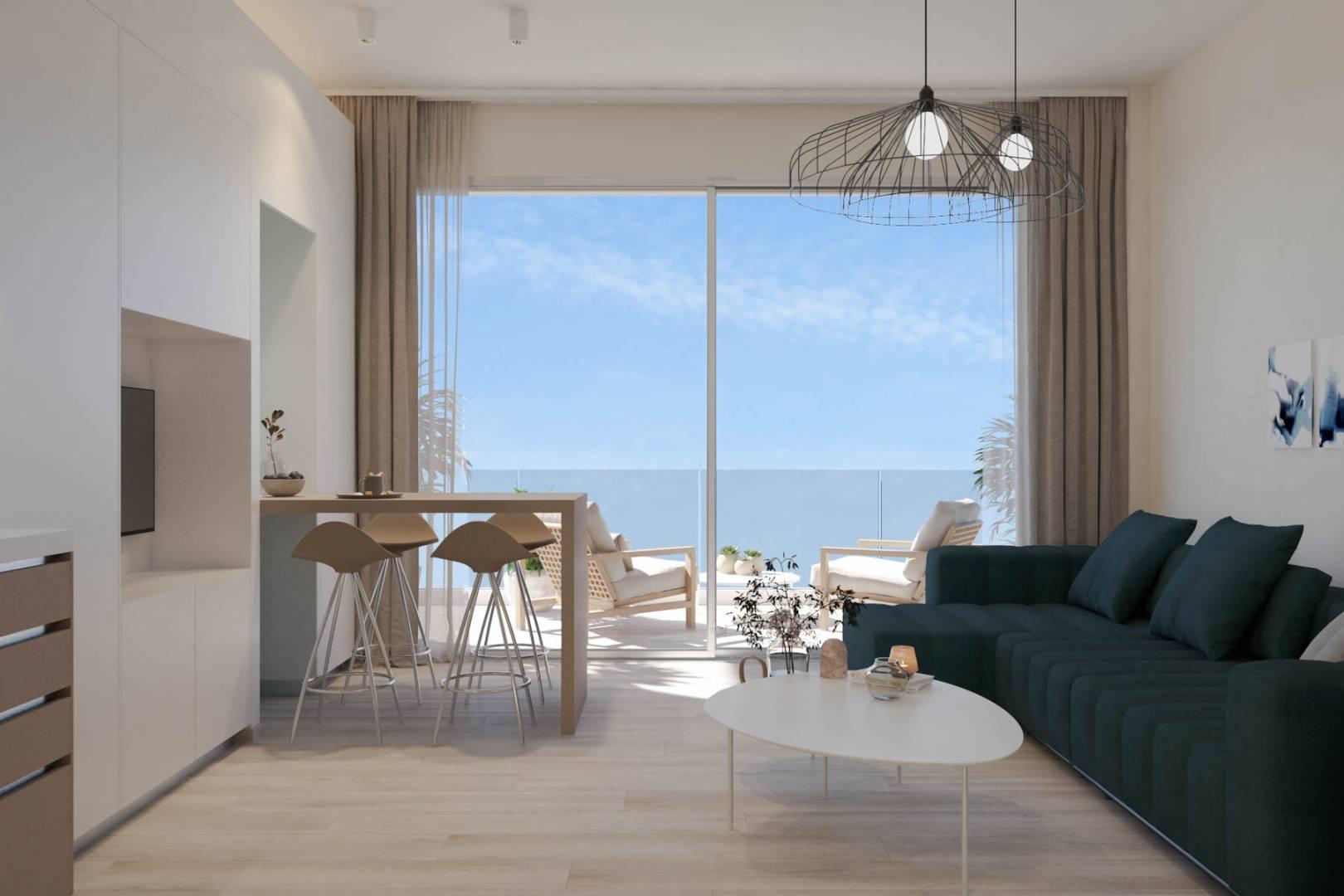 While there are no large hotels in the area, and much of the coastal land is used for growing potatoes, the prices here are truly fabulous. However, the hand of the tourist zone is beginning to reach even these areas, and soon the price per m2 will increase significantly here too.

If you want to invest in the Famagusta district, then you can contact the DOM office in Larnaca by phone +357 24030062, or at: Gregoriou Afxentiou 7, Larnaca, 6023, Cyprus. Here you will always be provided with competent advice and help with renting or buying and selling your home.

Also, you can always quickly rent or sell any property in any district of ​​Cyprus. Your property can be included not only in the largest real estate database in Cyprus, but also in our articles. Thus, you will receive free advertising for tens of thousands of Russian- and English-speaking customers.

You can add your property in one of the following ways:

You do not pay any fees or commissions until your property is sold or rented out by our experts. If you change your mind or sell/rent property by yourself or with another agency, you also do not pay DOM any fees or fines. 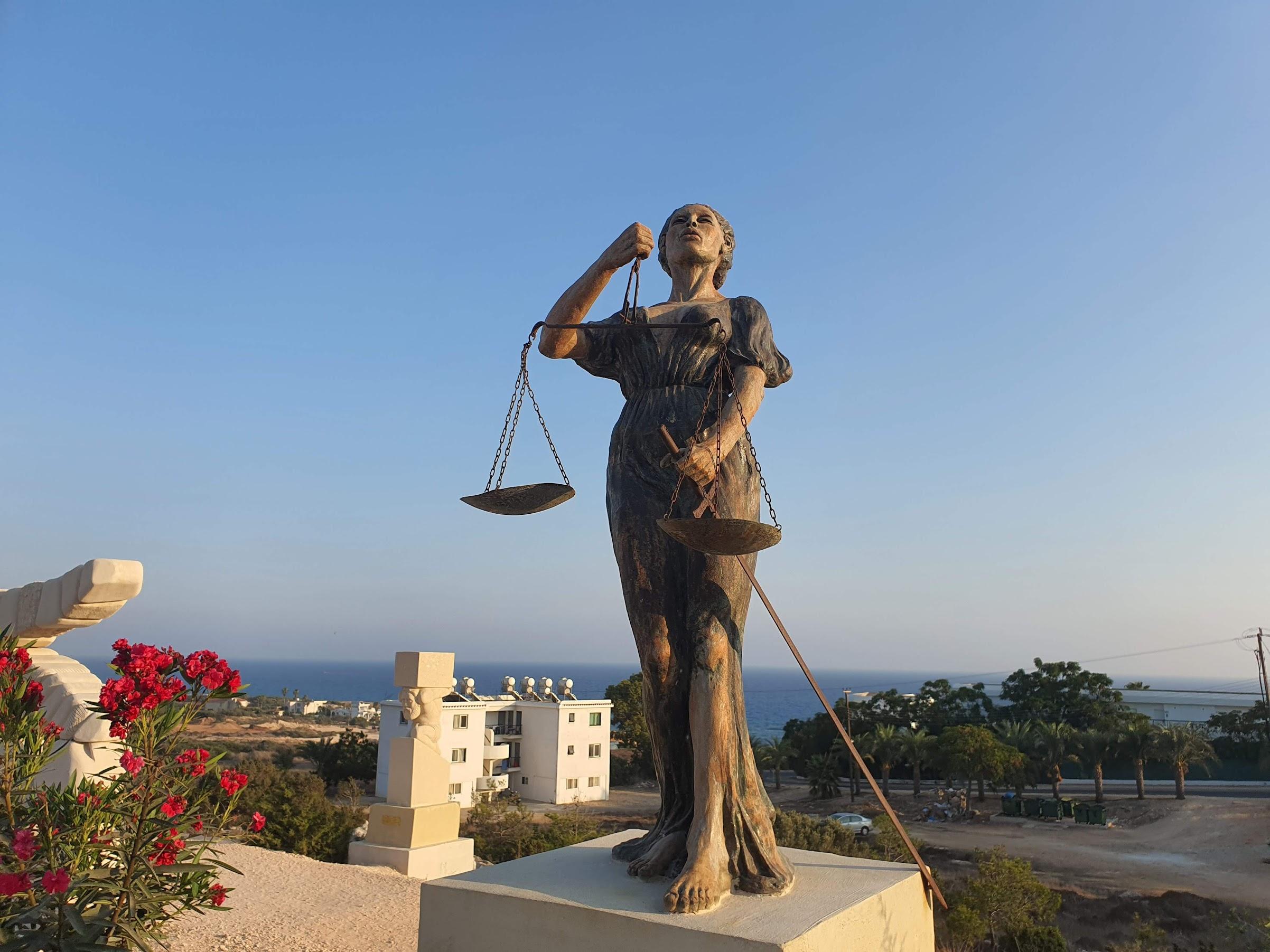 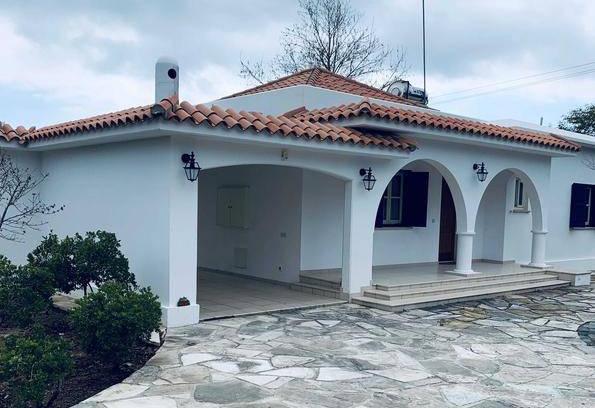 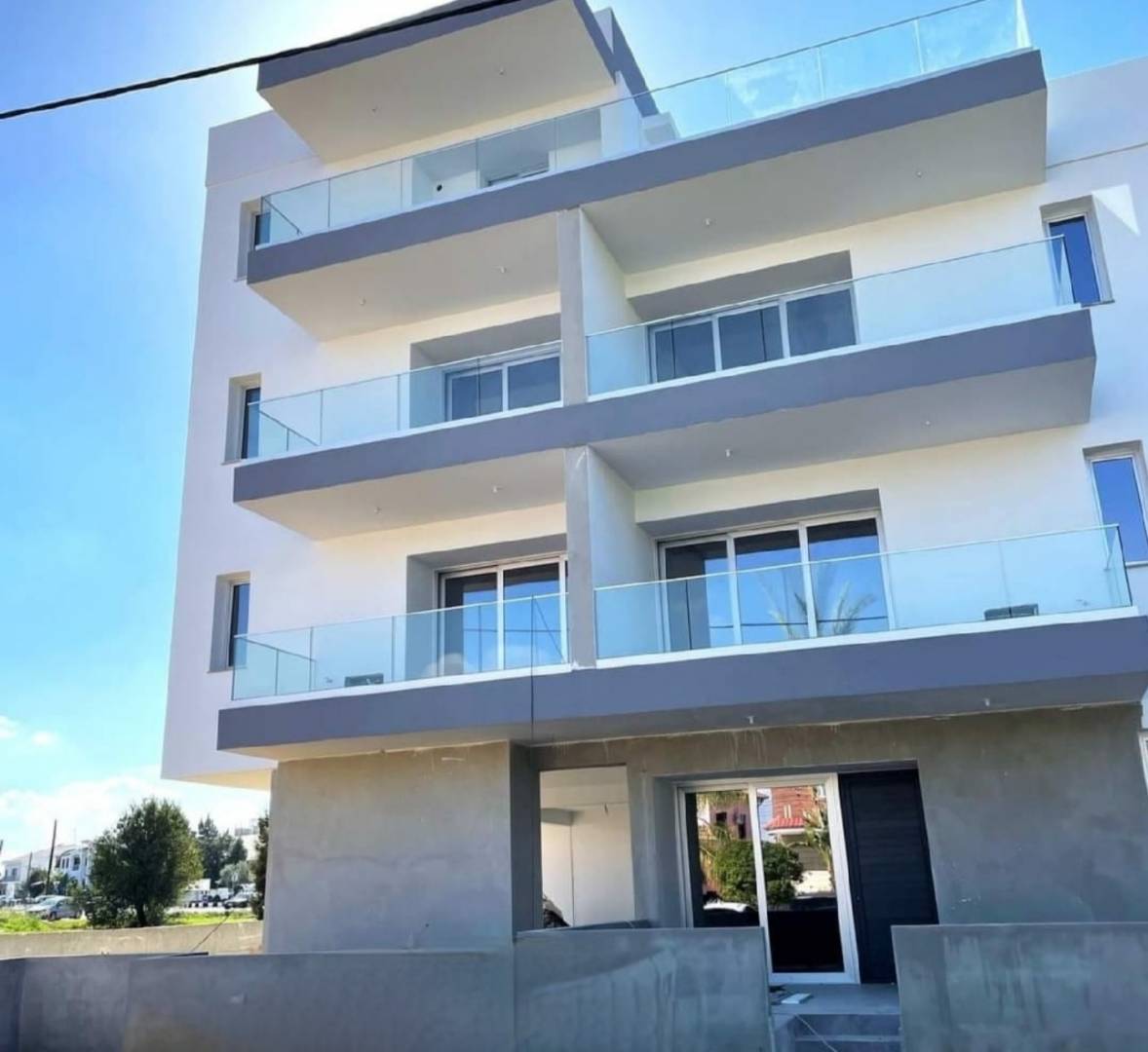 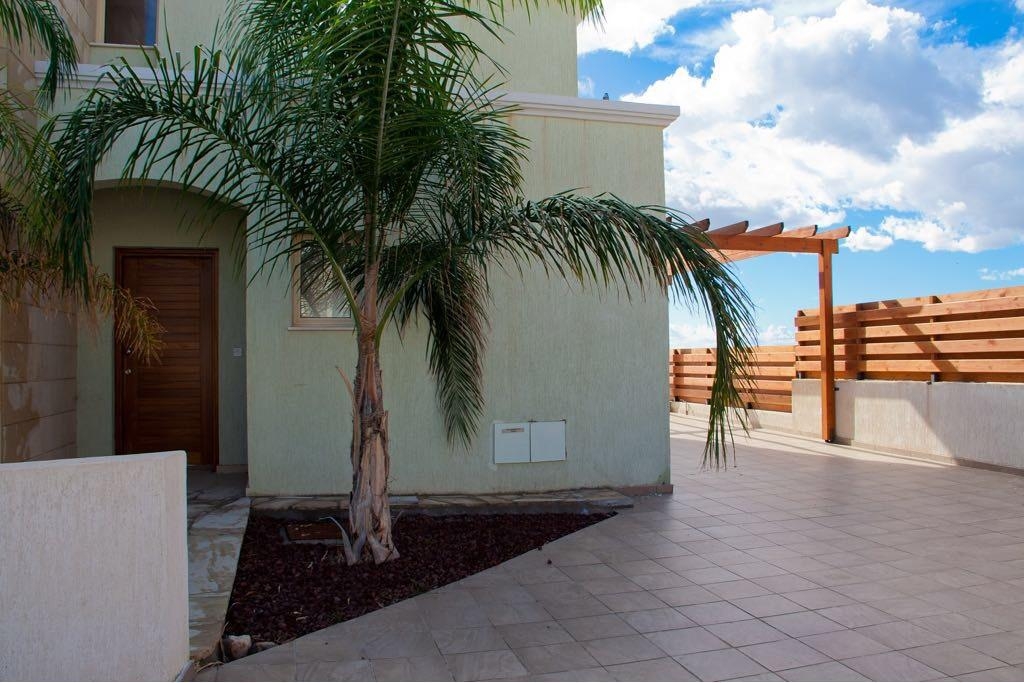 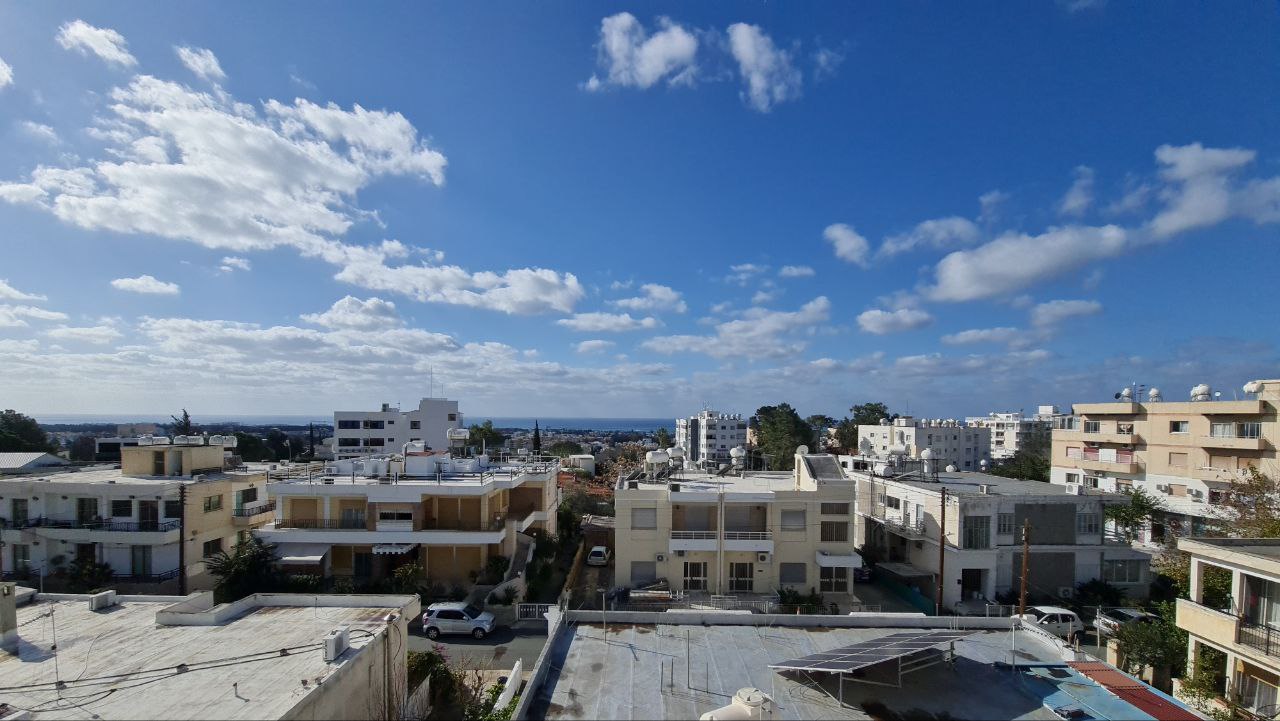 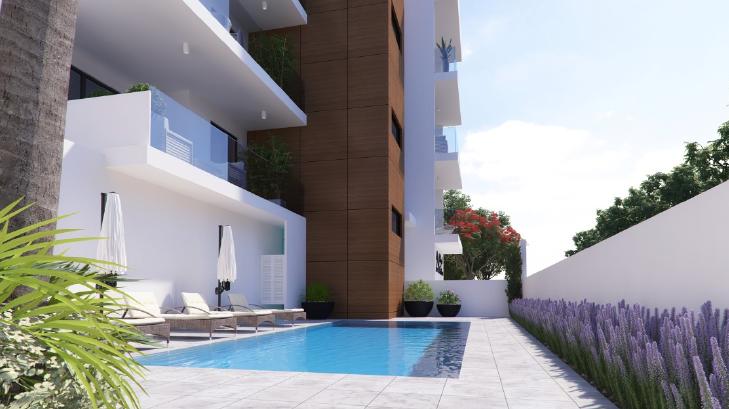 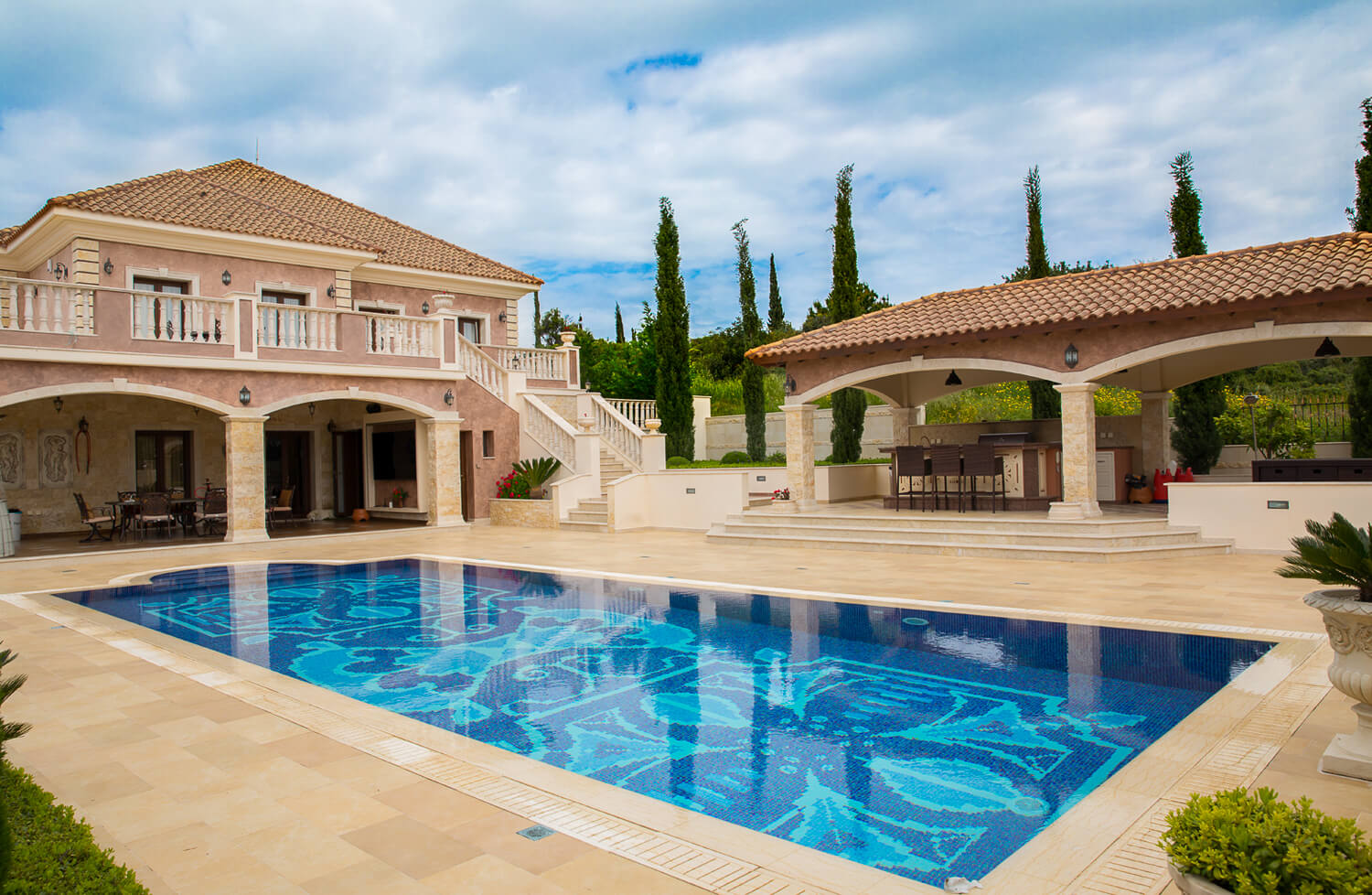 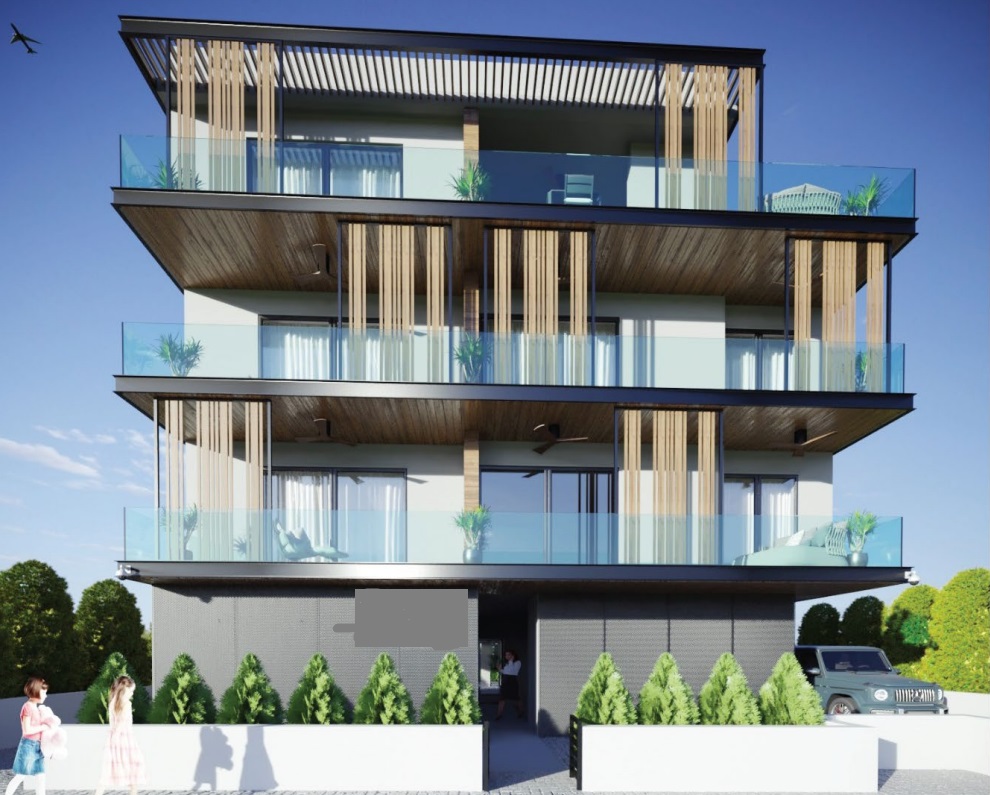 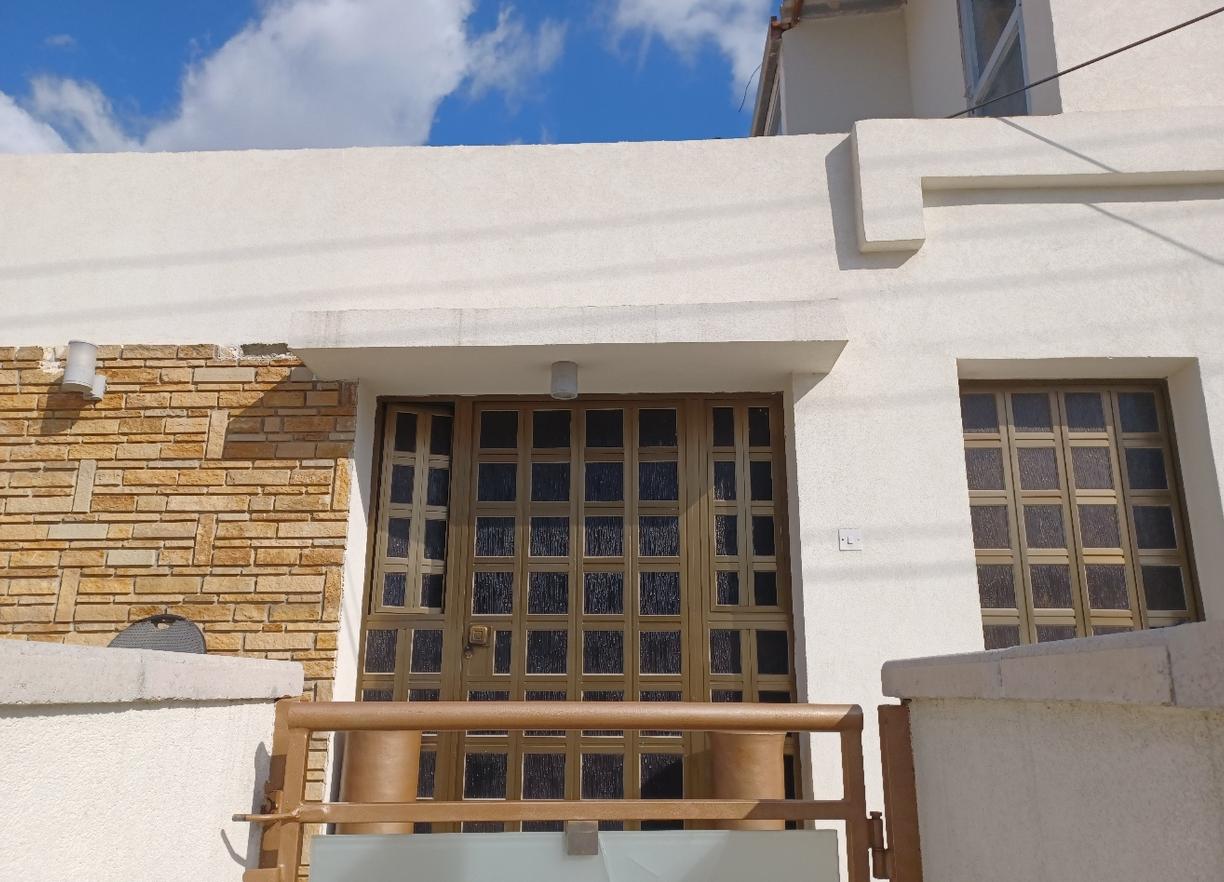 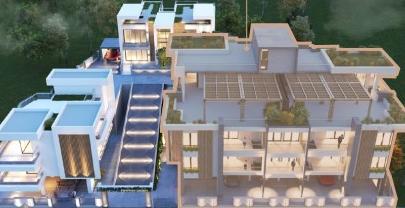