Today, a high-rise building in Cyprus cannot surprise anyone. Although a couple of decades ago, even a standard 5-story building was something extraordinary. The fact is that Cyprus has historically been a country of low-rise housing. For many years there were no high-rises at all. Most of the Cypriots still live in private houses and townhouses. Apartment complexes began to be built relatively recently, their target audience is mainly foreigners and young people.

Did you know that one of the first high-rise buildings in Limassol was the Aktea complex?

It is located in the prestigious area of Germasogeia, literally on the first coastline by the sea, which, by the way, is also rare for the island. The complex is adjacent across the street to the large-scale Del Mar Limassol. 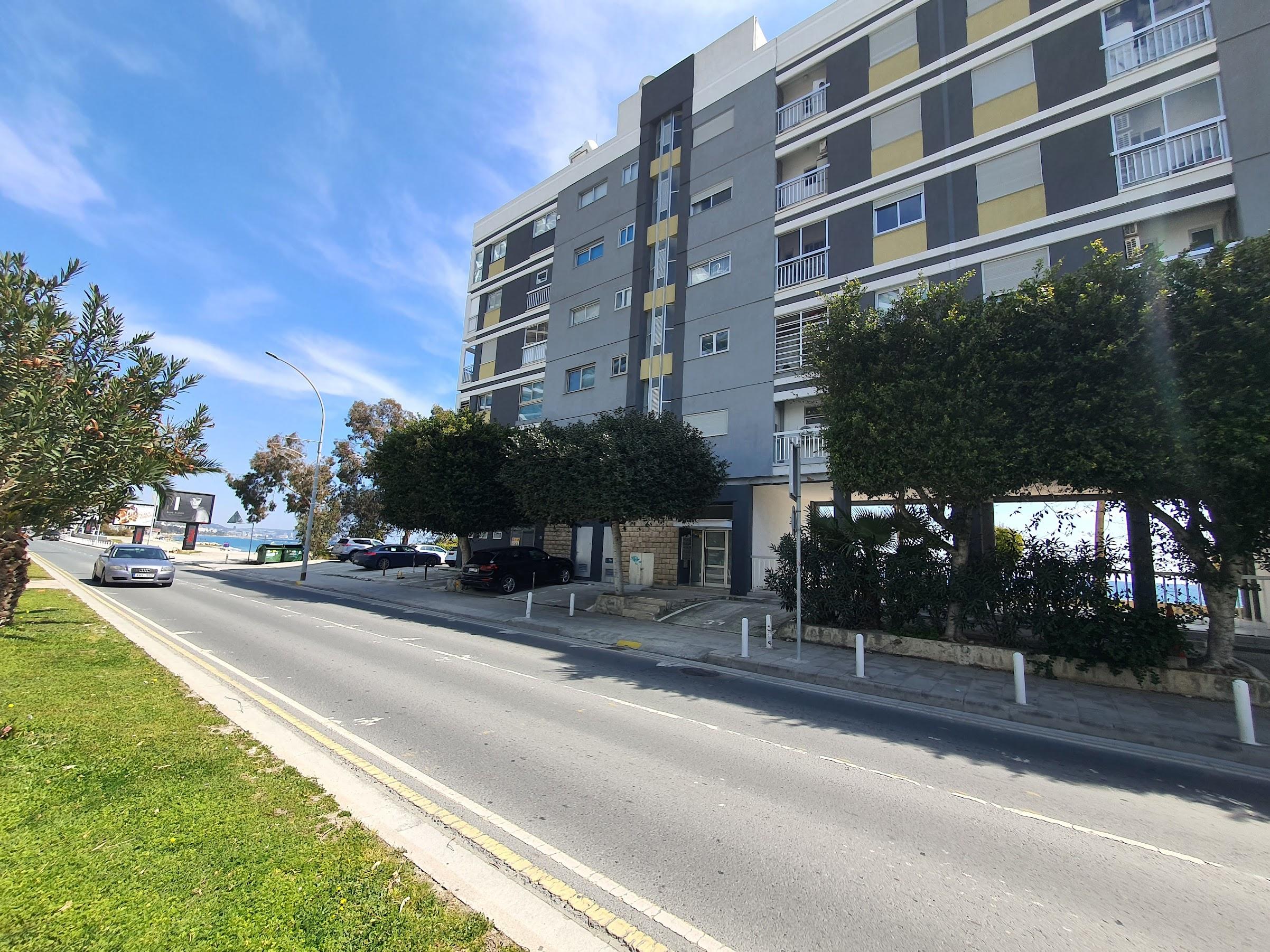 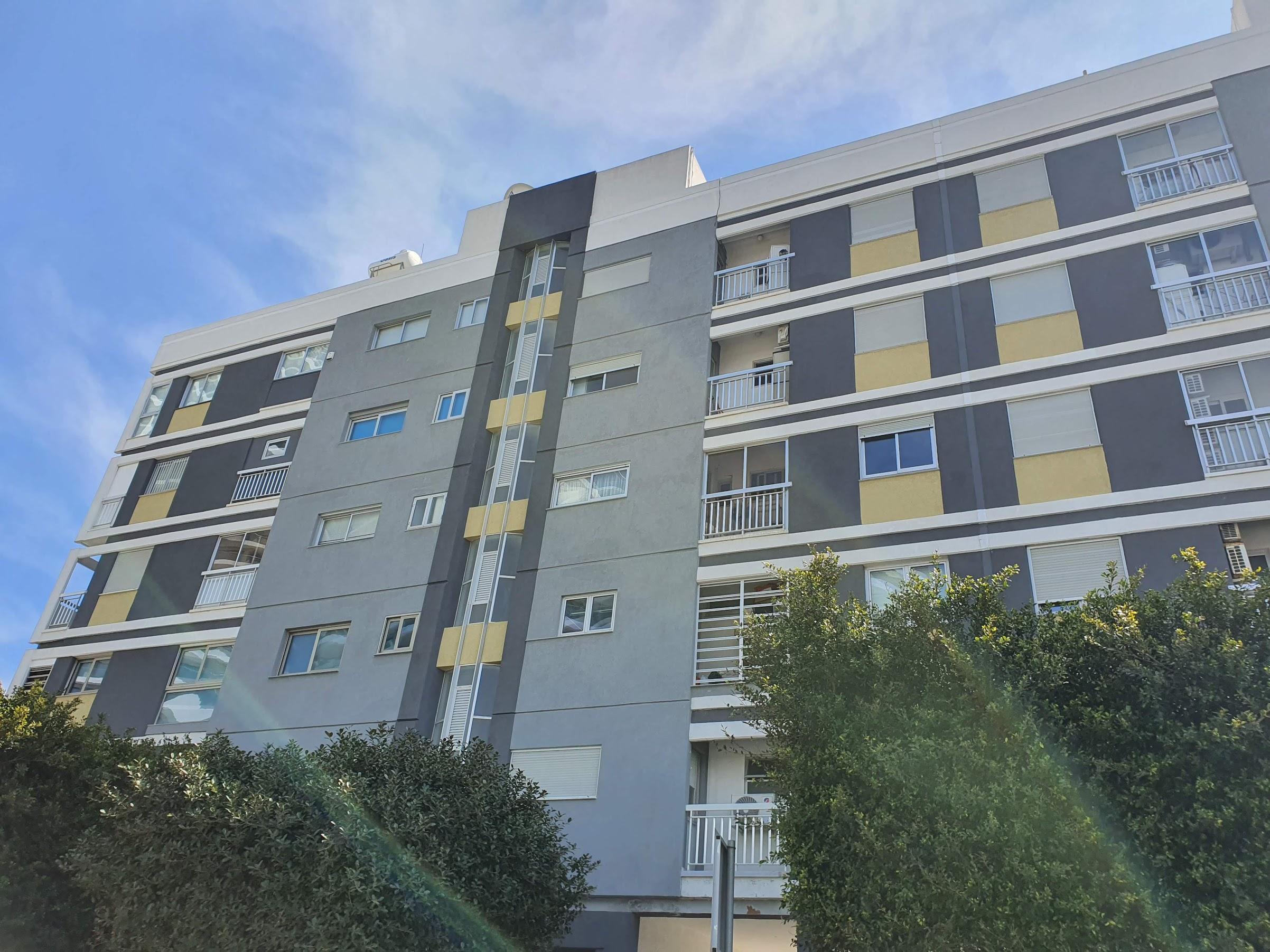 The project was developed by the famous Cypriot architect Fivos Polydorides.

Polidoridis was one of the most prominent representatives of modernism in Cyprus. He was born on February 6, 1926. In 1943 he graduated from a public school in Limassol. From 1947 to 1953 he studied in Geneva. From 1954 to 1975, he worked at the Technical Bureau "Tekton" together with civil engineer Andreas Papadopoulos. In 1975, Polydorides founded his own architectural bureau, where he worked until 1986. Unfortunately, he passed away on September 28, 2019.

Polydorides designed a number of private houses, as well as buildings for various purposes. Among the most ambitious works of the architect are: 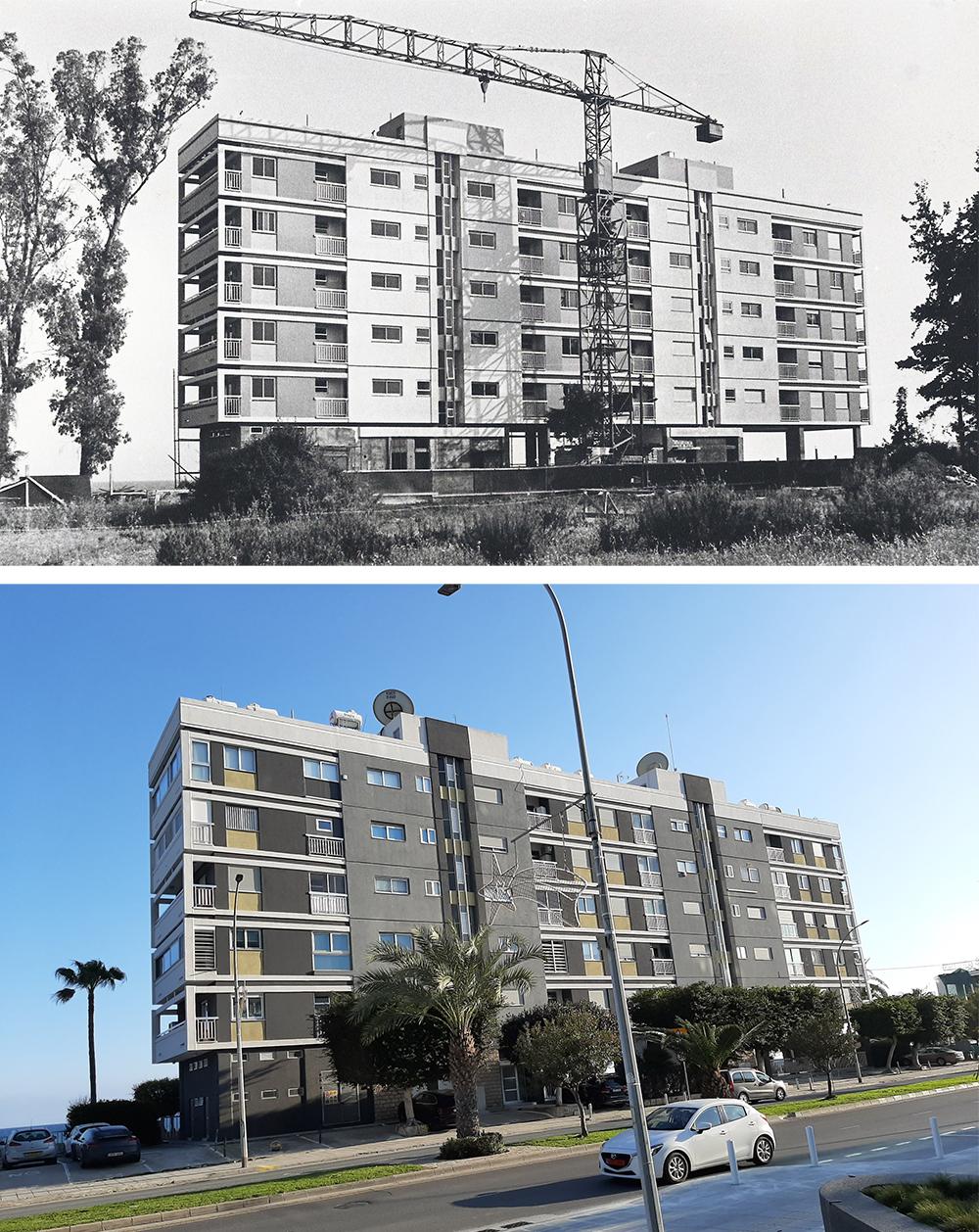 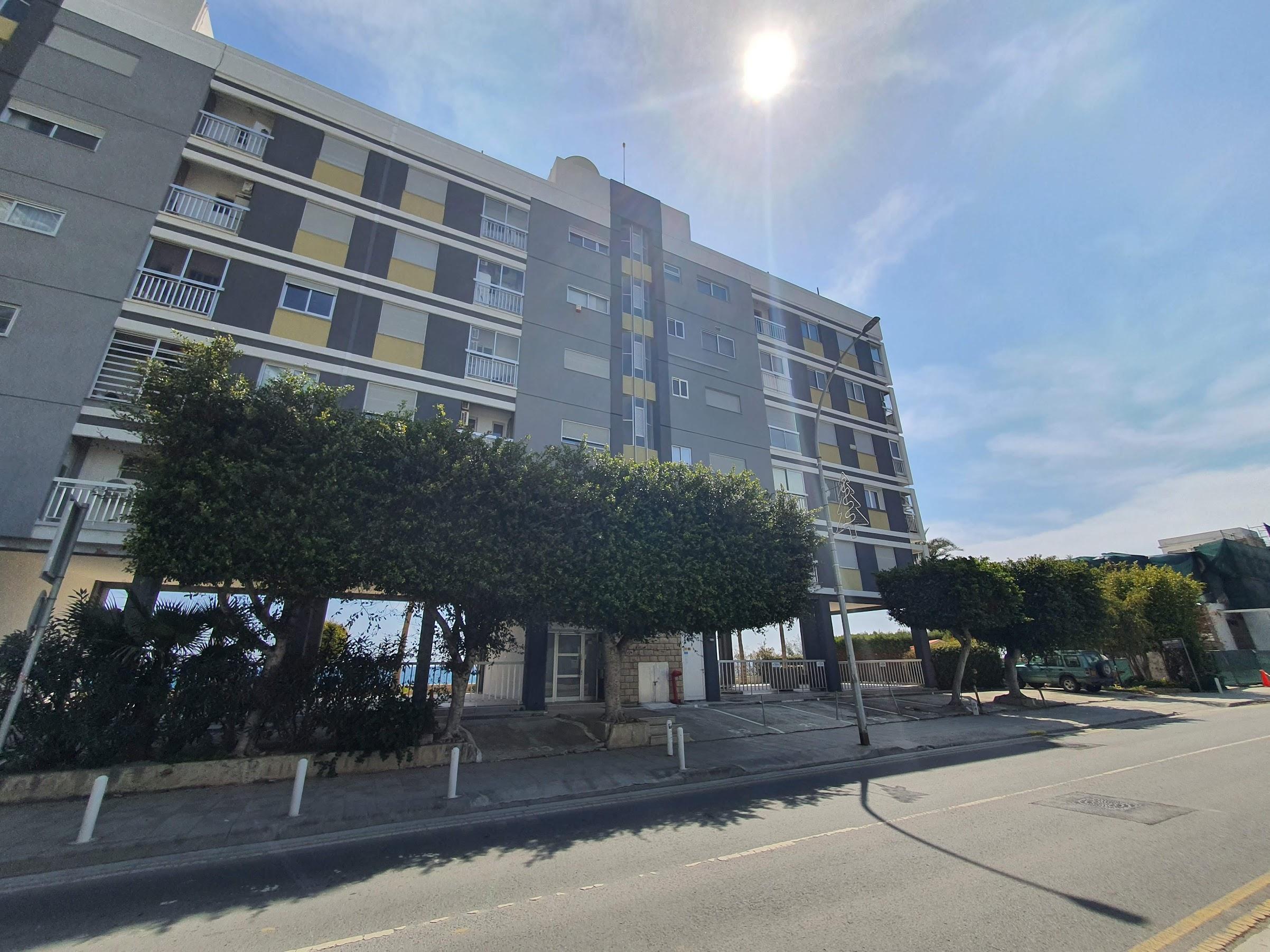 Modern by those standards, the Aktea residential complex was built from 1972 to 1974.

It was handed over a couple of months before the Turkish invasion.

It is worth noting that a few years before the events of 1974, there was a real boom in the development of the construction industry on the island. The hotel business flourished especially rapidly in Famagusta, where there were dozens of fashionable hotels for every taste and budget. Rich people preferred to invest their money in this region, because it was profitable and prestigious. By the way, in those years, similar apartments by the sea in Famagusta cost two-thirds more than in Limassol.

Nevertheless, the residents of Limassol, realizing what benefits can be obtained, believed in the prospects of their city and began the development of the coastal strip. 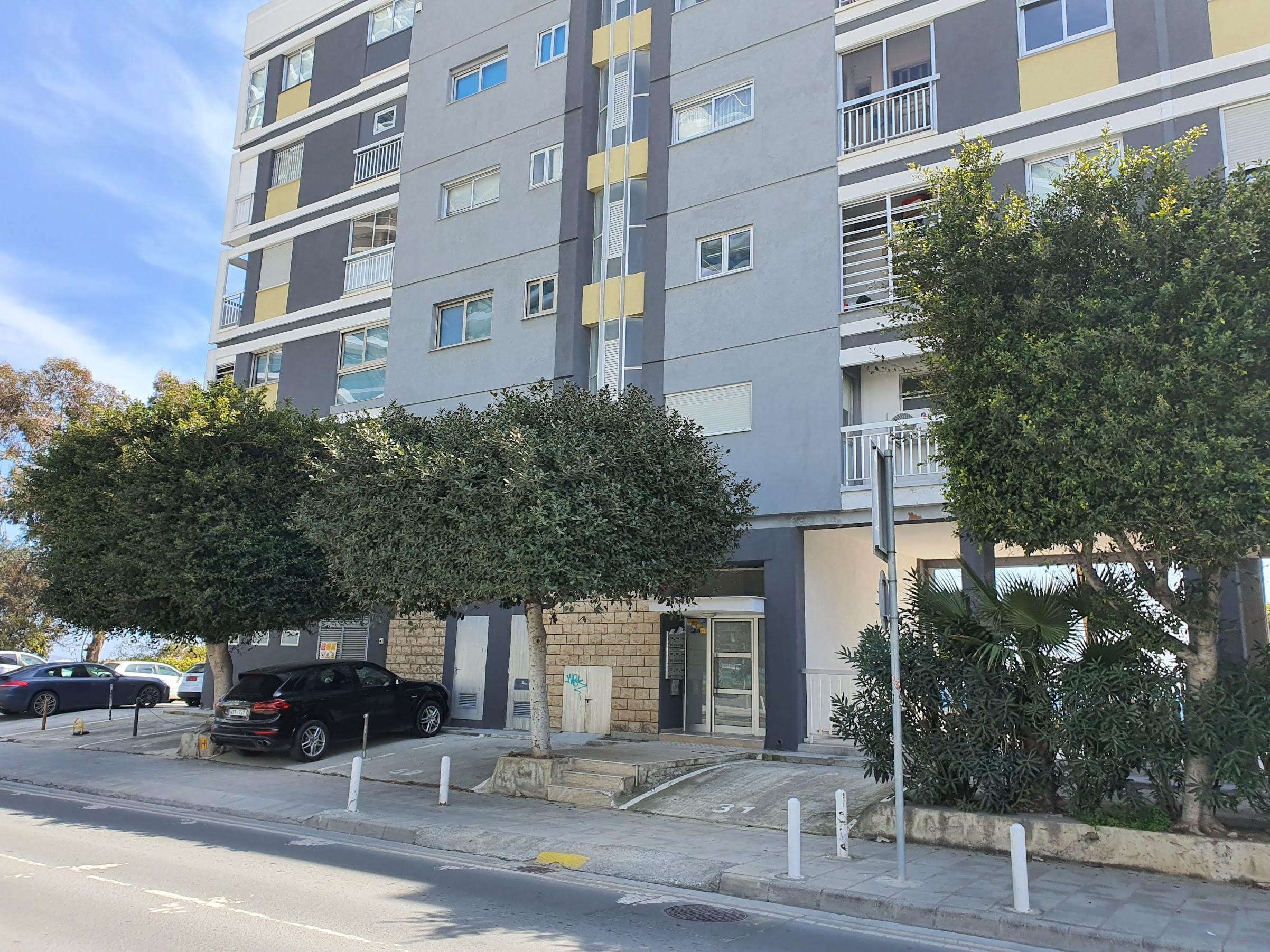 In particular, this is how the Aktea residential complex appeared in Limassol.

The owner of the Aktea was LOKAFIA. The company 's shareholders included: Fivos Polydorides, Andreas Drousiotis, Lukis Nikis (a friend of Polidoridis who arrived in Cyprus from Congo), Christakis Kakoutas. Actually, the abbreviation of the company consisted of their names.

At that time, the company already had a pretty good experience in the construction industry. And although many preferred the construction of hotels, the shareholders of LOKAFIA decided to take a risk and implement something completely different from what everyone was building around. By the way, in parallel with the Aktea complex, the Lanitis family, together with architects Fotis Kolakidis and the American TAC office, built the Amathus hotel in the city.

So LOKAFIA bought a plot of land at the very edge of the sea from the owner of the tavern.

Interestingly, across the street from the future development, there were not the usual residential complexes today, but tall cypresses. On the territory of the site there was a water well with a depth of 2 meters. 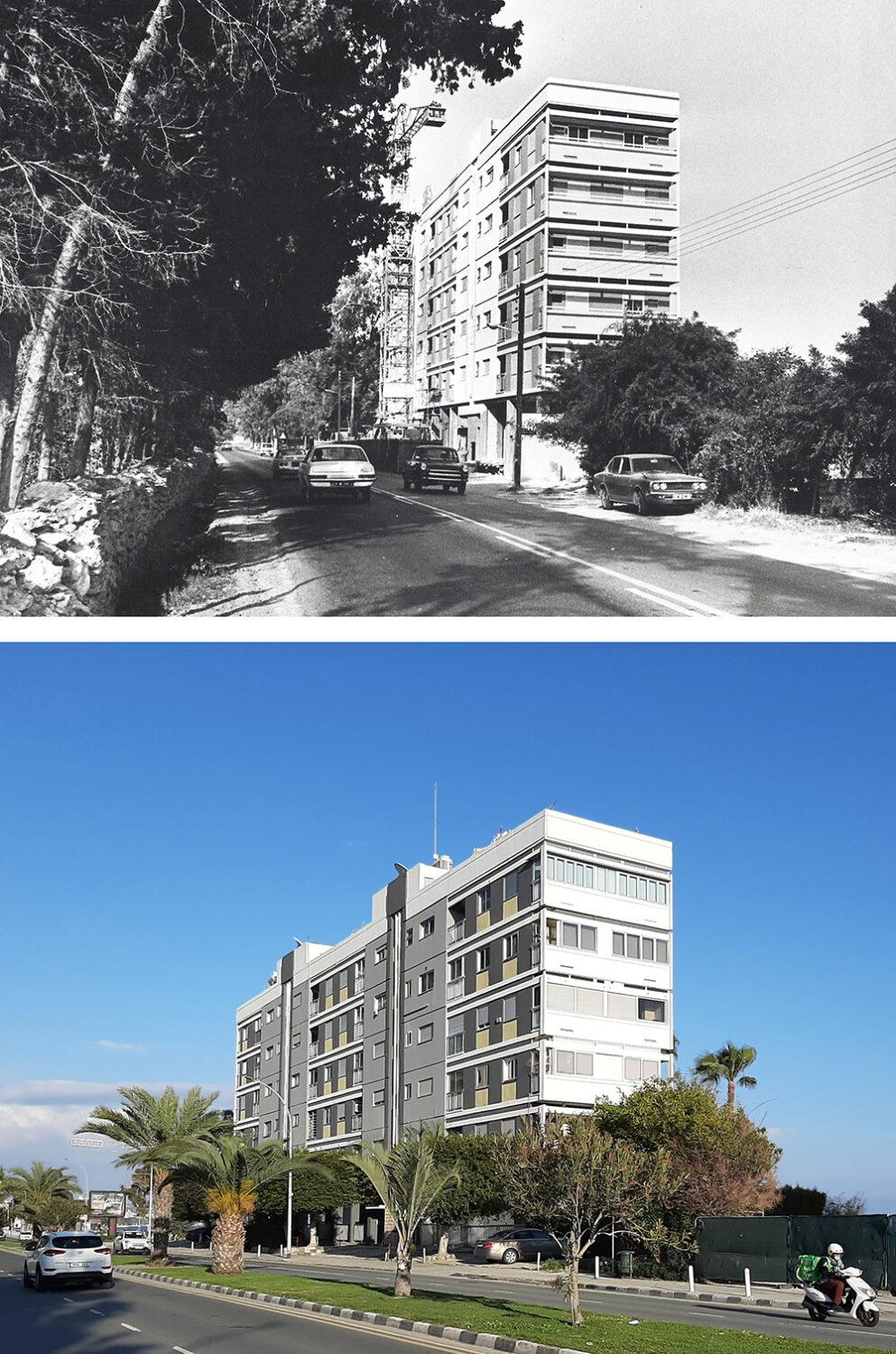 It took more than one day to determine the boundaries of the purchased plot.

Employees of the Land Department, for unknown reasons, could not establish the exact coordinates of the new owner's possessions for a long time. However, on the ...nth attempt, the developer managed to achieve a solution and get all the necessary documents.

The civil engineer of the project was Christakis Kakoutas. Before the first floor, it was decided to adhere to traditional approaches in construction, so a reinforced concrete frame was installed, and the walls were manually filled with bricks. Next, Kakoutas suggested using a crane (a rarity at that time), with which to lift the finished walls and install them on the right floor. 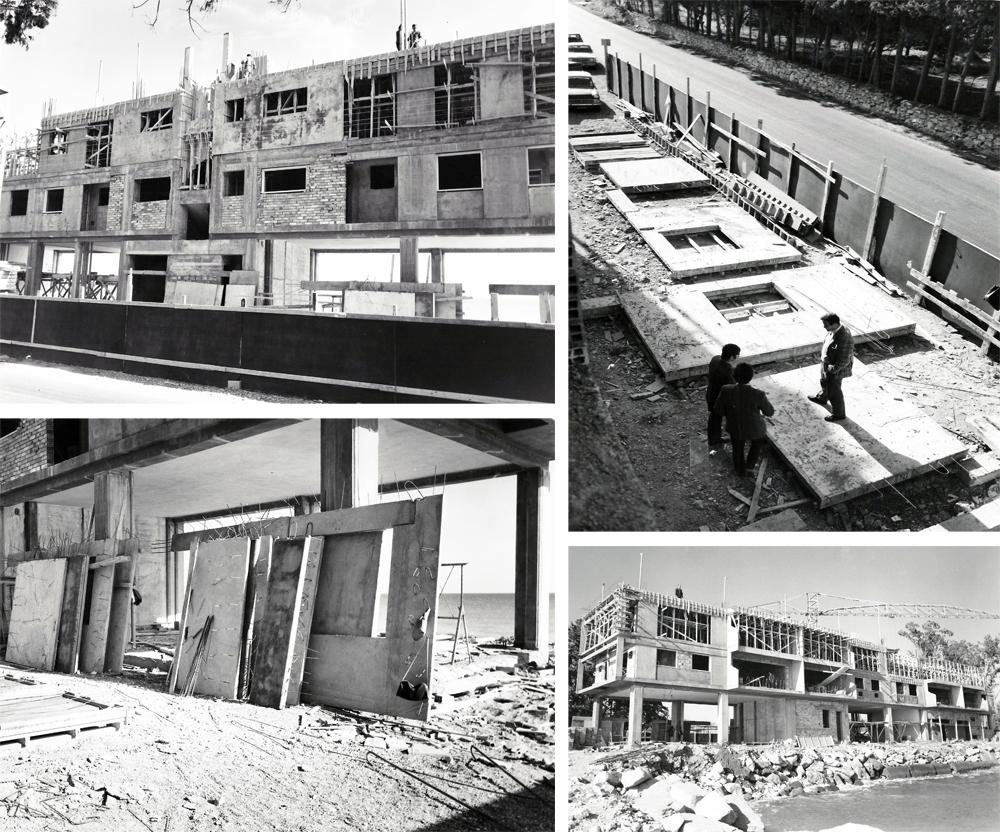 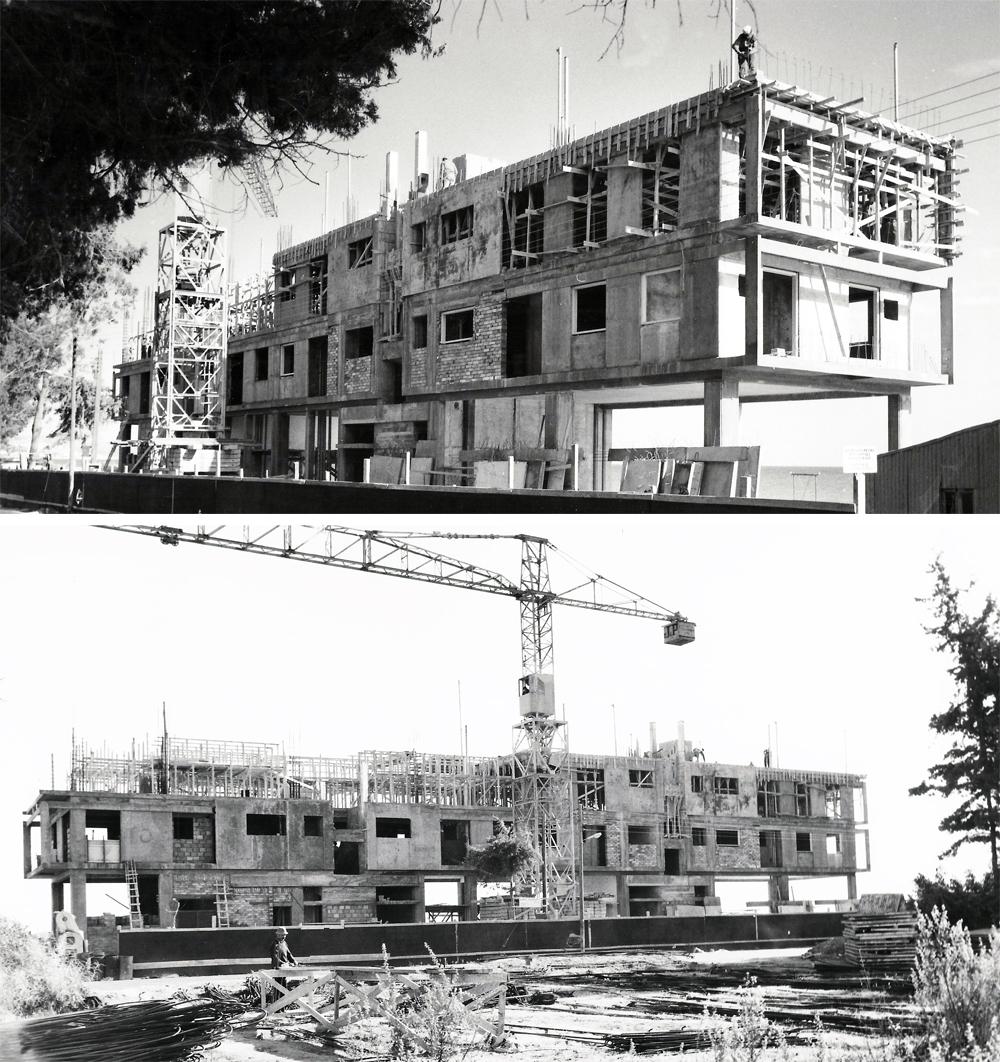 As it turned out, Polydorides already had experience in similar projects when he studied in Geneva.

Therefore, it was not difficult to implement the plan. For additional thermal insulation on the inside of the walls, the builders put a hollow brick. At the request of residents, two lightning rods were installed in an apartment building.

It is noteworthy that the house turned out to be very strong. When a strong earthquake hit Cyprus in 1996, the building was practically not damaged. Builders found small cracks only in the area of the first floor. 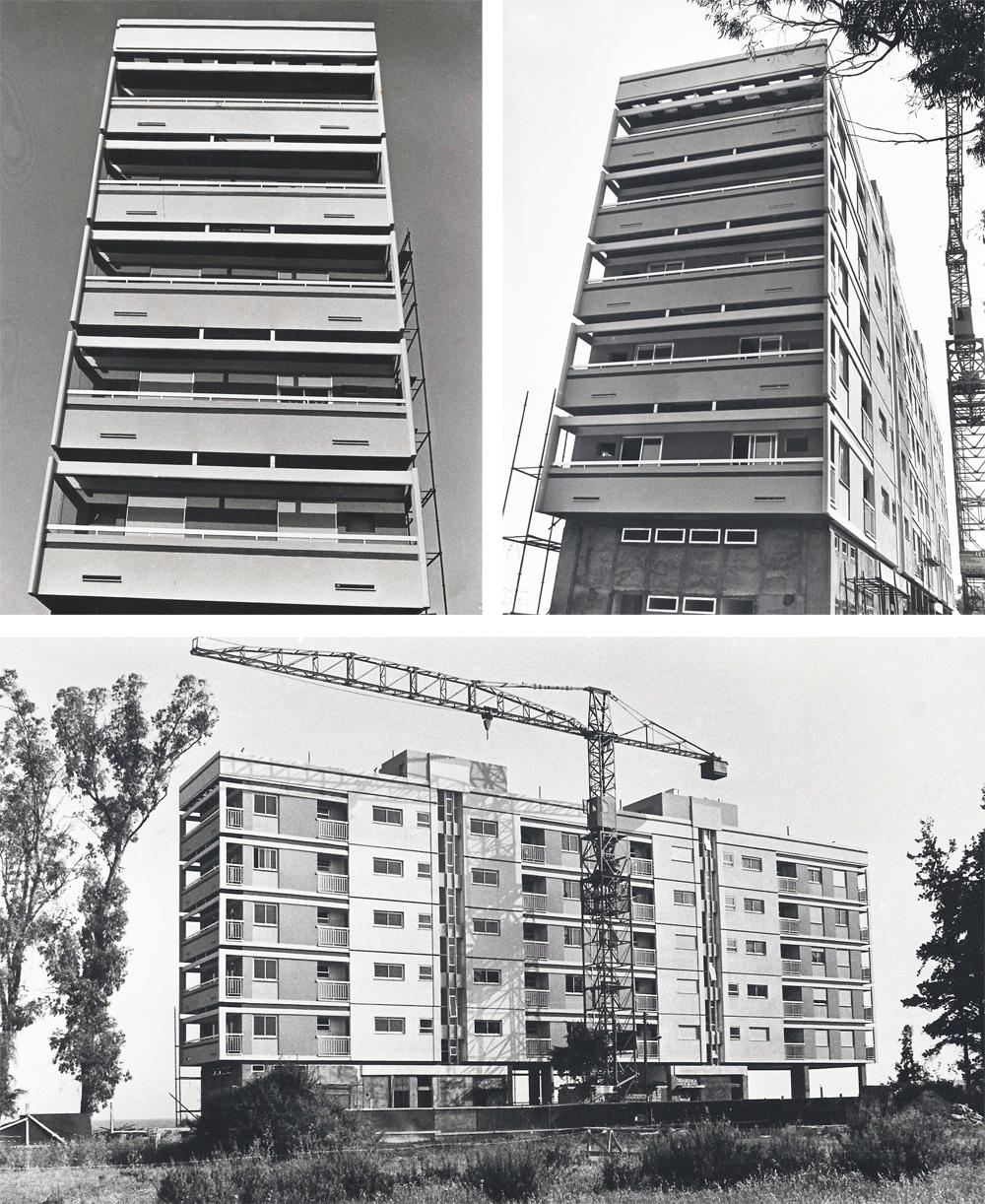 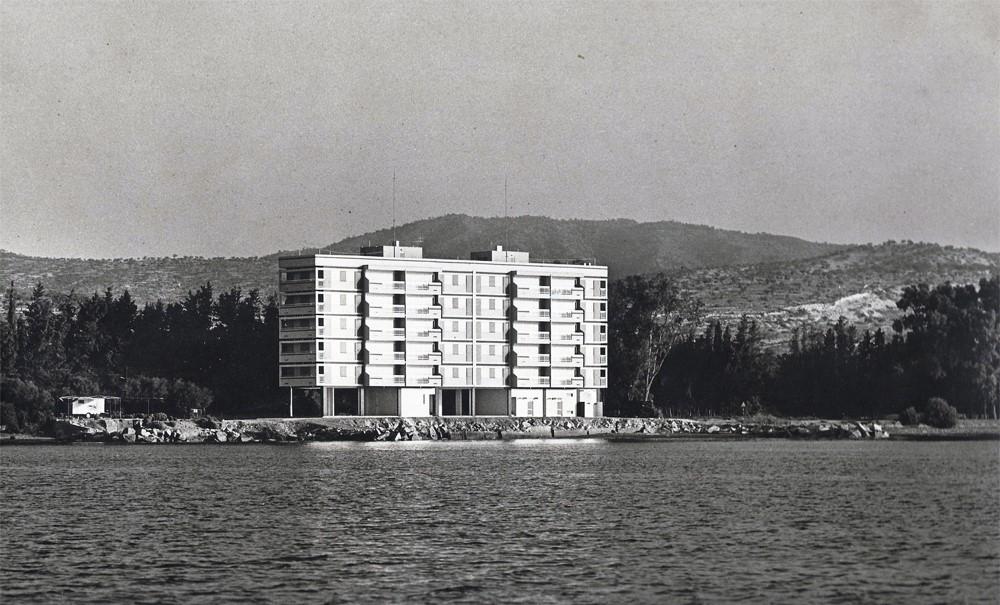 For a long time, the Aktea complex has been a real pearl of Limassol.

Modern apartments, fashionable design of the building, stunning views from the terraces to the sea and mountains — this is an incomplete list of advantages that the residents of the complex have received.

Unfortunately, today, against the background of large-scale new buildings, it rarely attracts the attention of passers-by. Aktea seems more like a dwarf than a high-rise building. Nevertheless, for the architectural history of Cyprus, it is an excellent example of the beginnings of modernism in the country. 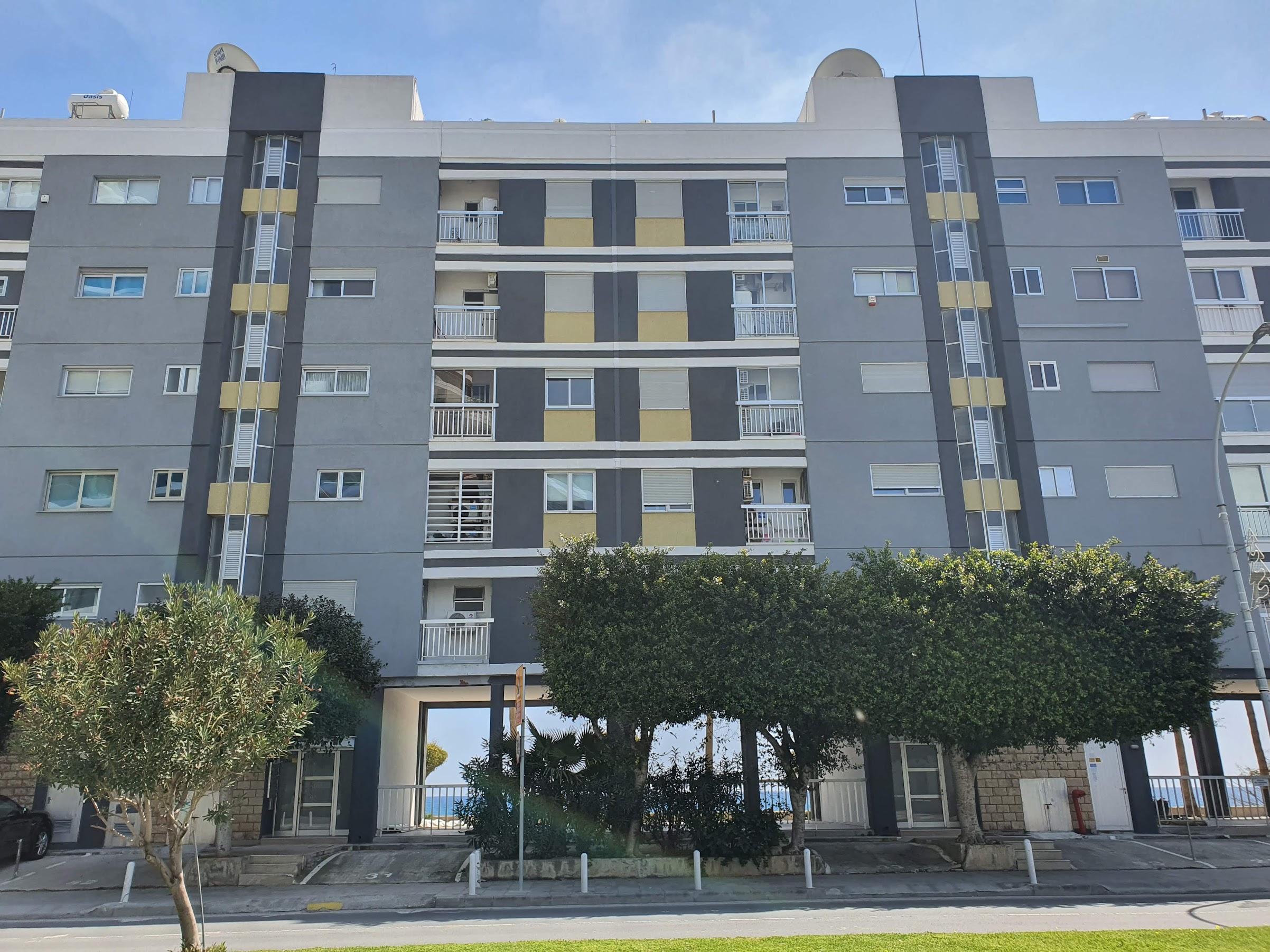 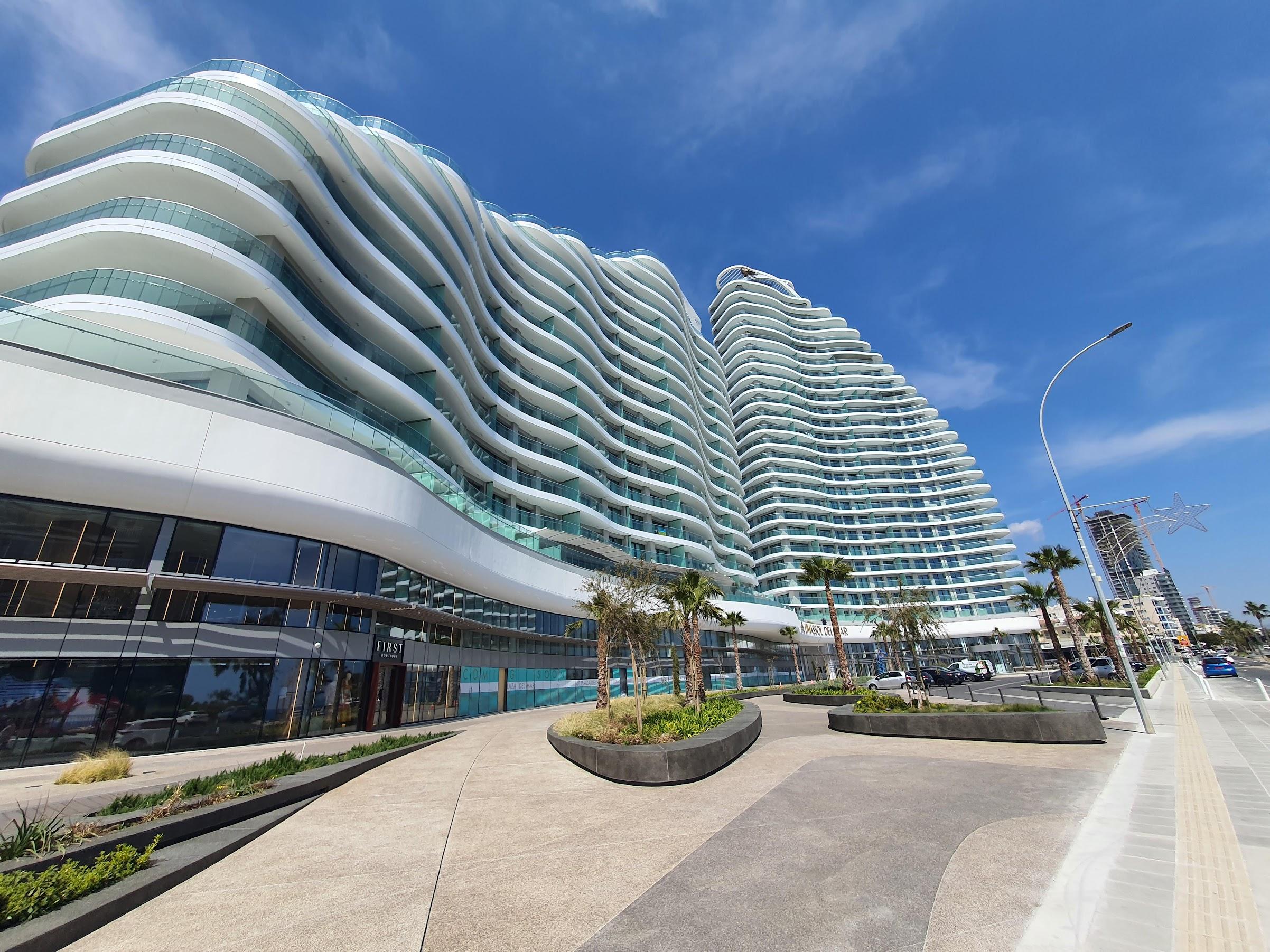 Have you decided to buy an apartment or a house in Cyprus? Contact DOM! The site offers a huge selection of real estate —residential and commercial. Experienced brokers will be happy to help you make the right choice.