What Will be the New Limassol Park in the Zakaki Area?

The work of the French post-impressionist inspired a team of Cypriot architects, which included Stelios Lakkotripis, Alexandros Christofinis and Maria Lianou, to create a new park in Zakaki (Limassol).

As expected, the new landmark of the eastern district of the city will be located on an area of ​​10,000 m2 and will delight its residents already in 2021.

According to the creators of the park, Limassol is characterized by a peculiar layout structure: a high concentration of buildings with many scattered small green dots that do not bring any benefit. Due to the increased traffic in recent years, Limassol is in dire need of parks and green spaces.

Inspired by the paintings of Gauguin, after whom the street next to the future park is named, the architects developed a design based on simplicity and serenity. According to their idea, the future landscape will stand out with bright colors that will appear with the correct planting of trees and bushes. 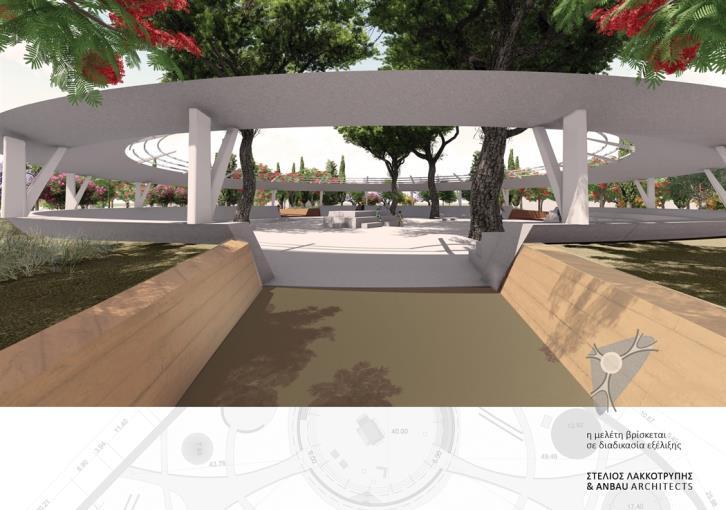 Since this park will be located in a residential area, the questions and concerns raised by residents, the municipal authorities and the project team, such as the problem of harassment, traffic in the park, robberies and natural disasters, as its creators explain, are answered not only by the proposed solutions, but and the perspectives that can be created.

Thus, the park could, for example, be connected to other existing or potential parks in the area by planting greenery along the respective roads and cycle paths. Its use in the context of individual or group activities can enhance social cohesion and a sense of belonging. Finally, the new park will undoubtedly improve the microclimate of the region. 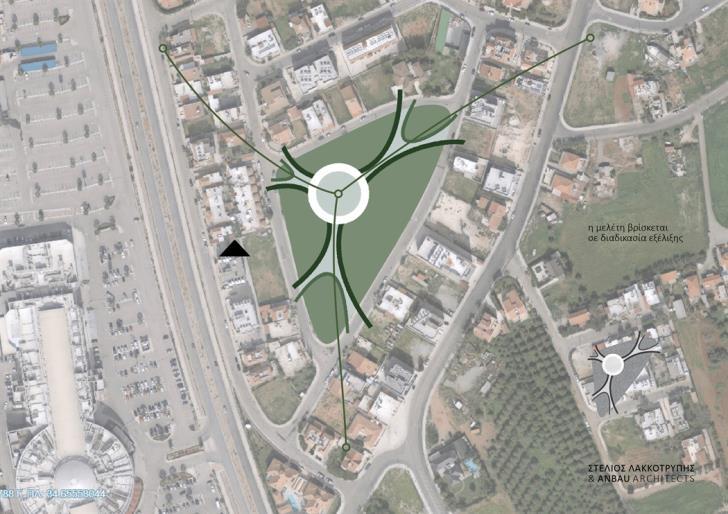 The circle, a shape conducive to socialization, was chosen as the dominant morphological element of the composition. With a diameter of 40 meters, it was placed at a central point. On three sides of the triangular part there will be slopes with a slight slope, which converge in a circle, forming a low hill. This will make the plan of the park more understandable for its visitors, and its architecture more interesting and impressive. In addition, the elevation will create a sound barrier for neighboring houses.

The park has three entrances from different sides, paths from which will lead to the center of the park.

In addition, the new park will have many green spaces, walking paths for walking, shady places for relaxation and communication, areas for sports, active games and cultural events, a playground and places for skateboarding. 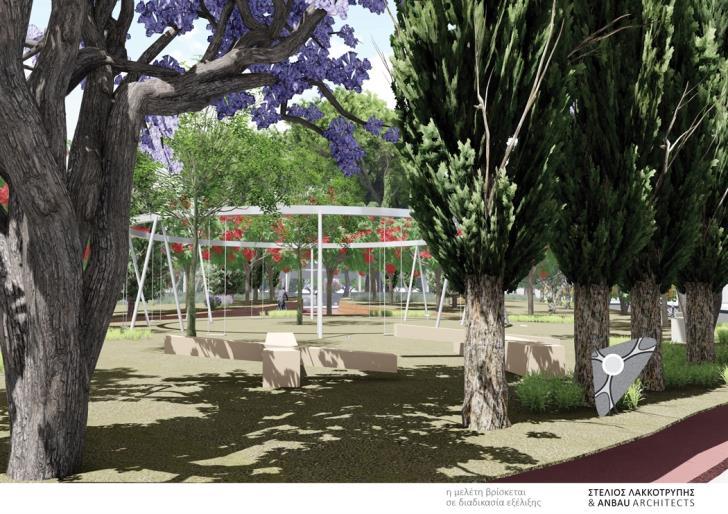 As for the materials, (except for the columns and the roof of the circle), which is made of white concrete and metal, only natural materials will be used for all other elements. For example, slope retaining walls will be cast with a suitable, low-cement soil mix (compacted earth) to create the feel of a natural earthen wall. The same will be done with different designs and tracks.

It should be noted that the architects approached the choice of plants and trees for the new park with special attention. In particular, green spaces were chosen that will help the guests of the park to fully experience the changing seasons in Cyprus, as well as convey the world radiated by the paintings of Gauguin.

In conclusion, the founders of the Paul Gauguin Park noted that it will become not only the green lungs of the city, but also a familiar public space built for people dedicated to finding the simple joys of everyday life.