What Brands will be Represented in the New Metropolis Mall Larnaca?

The construction of the first shopping center in Larnaca called Metropolis is progressing at an accelerated pace, and it is expected to open this summer.

A new shopping center is being built next to the GSZ stadium and the military unit. The investor of the Metropolis Mall Larnaca project is Acsion Group. The group operates on the African continent. The Metropolis Mall in Larnaca is the group's first project outside of it.

Acsion Group leased the land for the shopping center from the Metropolis of Citium of the Orthodox Church of Cyprus for 33 years, with the possibility of extending it two more times for the same period of time.

The new shopping center in Larnaca will have a total area of ​​39 thousand m2 and will include 138 stores, numerous restaurants and cafes, playgrounds and a spacious parking lot for 1,450 cars.

It is expected that the operation of the Metropolis Mall will create about 1000 jobs, which will make a significant contribution to the local economy of Larnaca, as well as to the economy of Cyprus as a whole. 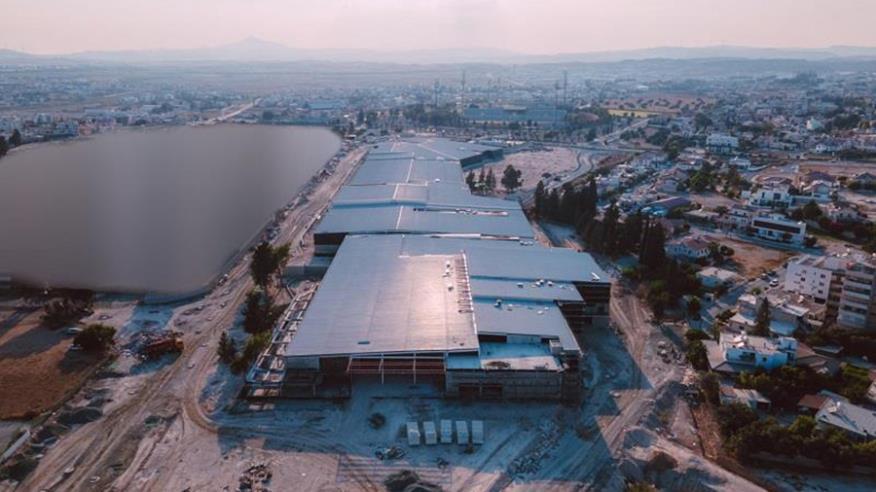 It became known now which companies and brands will be represented in the largest shopping center in the city.

One of the key partners of Metropolis Mall Larnaca will be the SAYWEAR group and their Zara store, which will occupy two floors. In addition to Zara, the mall will has other SAYWEAR brands, including Zara Home, Pull & Bear, Bershka, Oysho and Massimo Dutti.

The Symeonides Group also announced their presence in the new Metropolis Mall. The group intends to open in the Marks & Spencer shopping center, Mothercare and Costa Coffee.

As it became known, the management of the shopping center also managed to conclude an agreement with the Mallouppas & Papacostas group, which represents the brands Stradivarius, Mango, Intimissimi, Calzedonia and Tezenis in Cyprus. Under the agreement with CA Papaellinas, the Larnaca shopping center will host Beauty Line, Holland & Barrett, Yves Rocher, Selekt Beauty, MAC and Inglot stores.

As for the grocery store, there will be the Alfa Mega supermarket. Finally, the mall is currently in talks with a number of other brands that have expressed interest in opening stores in the Metropolis Mall.

It should be noted that in recent years Larnaca has been actively developing, increasing its growth rates and attracting investments.

If earlier it was a typical coastal city, today Larnaca claims to be the city of the future. A number of major projects are planned and are being implemented, which are gradually increasing the standard of living in the region and the attractiveness of Larnaca for the business community. There are air and sea ports, beautiful beaches, and Nicosia and Limassol are only half an hour away. At the same time, prices in Larnaca are much lower than in other cities. All this makes the city an ideal destination for living and investment.

Contact the experienced specialists of the DOM real estate agency in Larnaca by phone +357 24030062, or visit us: Gregoriou Afxentiou 7, Larnaca, 6023, Cyprus. Here you will always be provided with competent advice and help with renting, renting out, buying and selling homes.