A large residential development in Pano Platres is underway

Huge residential development is being wheeled in Platres based on what was submitted to the Department of Environment by RUVIKA LTD.

Specifically, the development will include:

The proposed development site is located in Pano Platres, and access will be via a contribution road from the main public highway Pano Platres - Kato Platres. The proposed plots' total area amounts to 85,571 m2, 26,575 m2 is located in protection zone Z1 and Z3, and the remaining 58,972 m2 in a residential area. The net area of ​​the proposed plots after the concession of public greenery amounts to 52,447 m2. For the needs of the project will be used as an area of ​​8140 m2 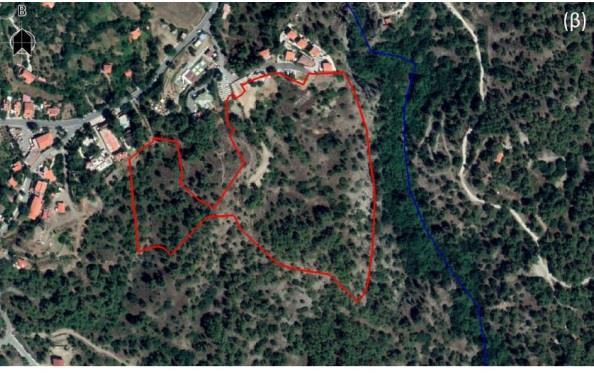 During the evaluation of all the characteristics of the proposed project, it was found that this is a single development of 80 housing units and support services (houses, bungalows and villas, studio apartments, shops, offices, gym and locker rooms, indoor swimming pool, storage areas green). For the project, incentives are used to increase the building factor based on the Policy Statement and the order 1/2020. The main effect concerns the change in the landscape's character from the cutting of trees and the alteration of the relief in the northern and western parts of the proposed pieces due to the slopes.

Part of the proposed pieces falls into Protection Zone Z1 and Z3 (Protection Zone) and at the eastern end of the piece. 716 Φ / Σχ. 47/11 passes a registered water stream. Much of the plot and development is located close to the river Kryo and on the steep slope of the river is located within the Nearby Protection Zone (KZP) of the drinking water reservoir of the Kouri Dam. The project is approximately 900m from the "National Troodos Forest" (CY5000004), which was designated as a Special Protection Zone (SPA) and a Site of Community Importance

Based on the above, the Department of Environment concluded that to promote the request. Further, the developer must submit a MEEP by Article 24 (4) (a) of his law on environmental impact assessment by specific projects 127 (I) / 2018, which includes the following elements: