The center of Nicosia will change the face

The Municipality is going all out to implement the various road widening schemes, the construction of "modern" pavements (with due care for the disabled), and on-street parking.

In the upgrading of the capital, the private sector played an important role.

As are the residential projects of Cyfield (360°), Park View, as well as the multi-storey office blocks (some of which are coming from Israeli investors).

Deloitte and Eurobank H.Q. buildings are a favorable consideration for the future, as is the much-expected redevelopment of ex-Hilton Hotel (Landmark) with the development of apartment buildings and offices.

Of course, there remain the accessibility and parking problems within the central area.

Parking and accessibility are significant issues for towns worldwide. It is strange for us to examine the various proposals regarding constructing a "tram" system since public transport is not viable.

Save the virus/tourist situation, Nicosia has become very popular for Airbnb, with occupancy rates reaching 80%, whereas policing the old city is problematic. 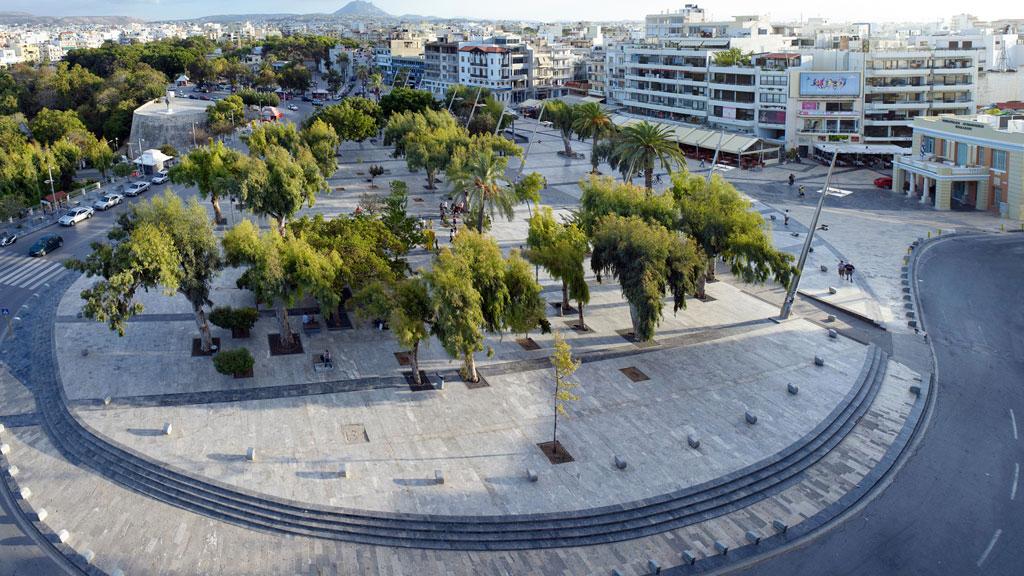 In our opinion, both of Nicosia's top clubs APOEL and Omonia, should be relocated outside the central area to out-of-town locations.

Regrettably, we do not have Margaret Thatcher to handle this state of affairs (hooligans), and for this, we suggest that both clubs exchange for Government land or buy themselves other lands to relocate.

Coming back to policing, this is partly due to the lack of police officers, with its members being drained for protecting just about everybody in politics.

Nicosia center has problems on the horizon, that of the planned location of a couple of Ministries/offices in the ex-Ministry of Interior site, which will increase the traffic problem by at least 20% during the rush hour (just as well the new Parliament in the Nicosia center has been canceled).

There are plans to increase the leisure and green space within the center the various private and public projects apart.

So new road schemes are duly planted with trees, whereas the linear park of Pedieos river and that of Kaimakli have shown the attraction of such parks for sports and family bonding.

These park projects have done wonders for the local neighborhoods. Properties facing them are in high demand for sale/let.

Of course, the capital's priority should be constructing the Cyprus Museum in the ex-Nicosia hospital site.

Although such an important project does not attract votes, it will be a significant attraction for Nicosia visitors, mainly if it temporarily attracts foreign antiquities (imagine if we get Chinese clay soldiers of Egyptian antiquities).

We have provided over the years our proposals to make Nicosia more attractive for visitors, which includes:

It is our opinion that the Nicosia Mayor has done a lot of good work (with his council's help). We feel that he has not been treated fairly, getting the blame for just about everything that goes wrong.

Small politics regrettably play their role; this is not unique to Cyprus.

There are all sorts of Mayors in Cyprus. We have reported on the local Mafia style of administration that exists in the small seaside Municipalities.