Property owners who were victims of a landslide in Pissouri, Limassol in 2012 accused the Cypriot government of double standards.

The reason was the decision of officials to provide government support to the owners of real estate in the districts that suffered from severe fires in July 2021.

Almost 10 years have passed, but the residents of Pissouri, whose houses are seriously damaged, and in some cases destroyed, have not yet received anything from the Cypriot authorities as compensation for their suffering. At the same time, those affected by the June fires have already started receiving their first payments, they were allocated about 6 million euros from the state budget.

It should be noted that this injustice greatly angered the residents of Pissouri, who for many years have been asking the government to help them.

“The wildfires are extremely sad and shouldn’t have happened, but there is a real sense of injustice and I think there is discrimination against us. We don’t want to leave, many of the other residents have had to. We want to stay here, our son was born here and attends a local school,” - resident Simon Carroll said, speaking to the Sunday Mail last week.

Earlier, the Cypriot government rejected the possibility of paying compensation to the injured property owners in the village, because it would be tantamount to pleading guilty to the incident

It appears that 80 per cent of homes lost in the recent wildfires in Arakapas did not have building permits and whilst sad and disastrous for those families concerned, no doubt they have received the government recovery package that was put together within two weeks of them losing their homes - Carroll added. 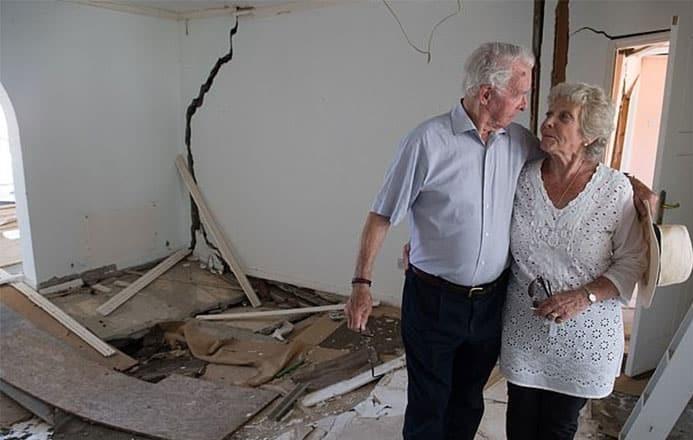 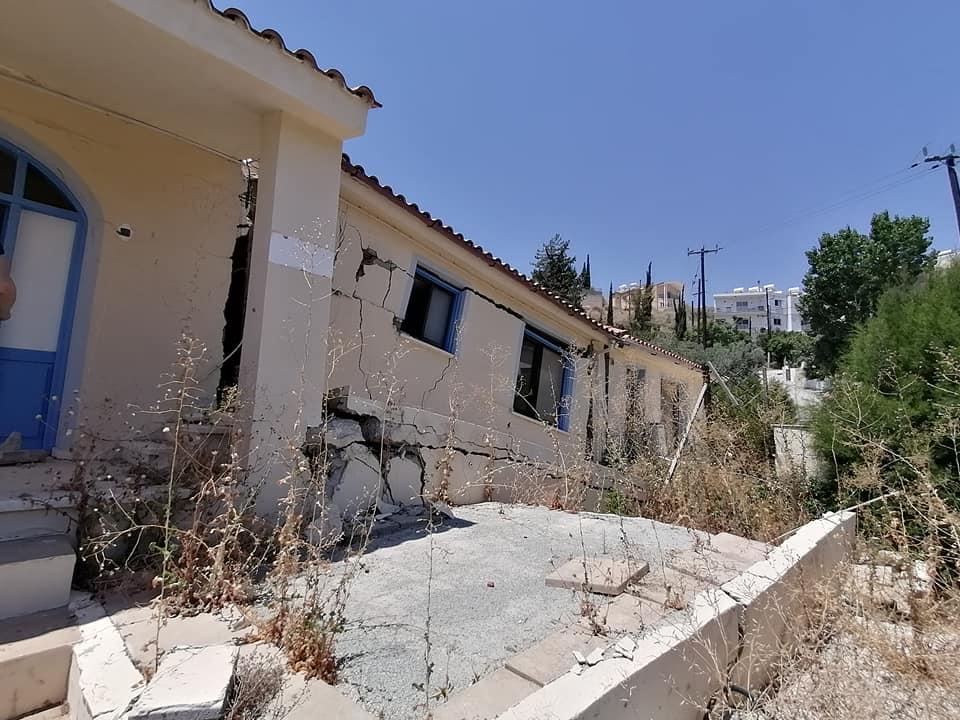 As you may know, the wonderful village of Pissouri is located on the western coast of Cyprus, halfway from Limassol to Paphos.

This is truly a heavenly place - the summer breeze blows around the hills near the picturesque bay, and thanks to this it is never too hot here. Fertile fields, vineyards, olive groves and orchards are spread here. The air is filled with the smell of rosemary and thyme, the sunrises are gentle, and the sunsets are striking in their colors.

This place has long been chosen by British expats - they probably feel more comfortable being in the immediate vicinity of the British airbase located in Akrotiri - this land is a sovereign overseas territory of Great Britain.

Several hundred English families bought houses and villas in Pissouri. Many of them, especially retirees, put all their savings into it by selling their properties in England. And they would have lived here happily ever after, if in 2012 a strong landslide had not occurred on the territory of the village - the earth literally "sagged" exactly in the place where there were dozens of houses.

Houses cracked, walls collapsed, roofs collapsed, communications (electricity, water, sewage) ceased to function. The life of the owners of wonderful houses by the sea turned into hell and endless fruitless butting with the authorities. They had to urgently look for another place to live - after all, being in the houses was life-threatening.

It is suspicious in this story that mostly foreigners - British, Russians and others - bought houses in this place. Which could mean that the development companies were aware of the existing geological problem (groundwater and voids in the rock) and deliberately sold houses to foreigners in order to protect themselves from problems.

They cannot live in houses anymore, as it is life-threatening. Insurance companies do not cover such cases. People who bought cozy houses in a Cyprus paradise have lost all their money and become homeless. The movement of geological strata continues to this day and is approximately 8 cm per month. In the rainy season, the process accelerates.

My question is why Pissouri residents, who have built legally on land identified by the district planning office and zoned it for building development, which had the proper building permits and received title deeds, received no assistance whatsoever from this government. More than twenty homes have received compulsory eviction notices because of the destruction caused by the reactivation of a slow-moving landslide. Surely this is the result of a natural disaster too, continued Carroll. 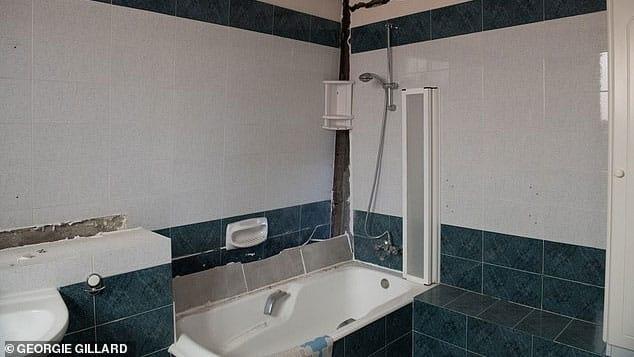 We must add that this problem has already been written about many times, including by the British media. In 2018, journalists from the BBC TV channel even filmed a report about this.

A couple of weeks ago, retired Kite and her husband Peter Field went live on the BBC TV show again via Zoom.

We want to know when we will be getting some sort of help for losing our homes. We are despairing - said the pensioners.

According to Peter, the couple were evicted from their home in March 2015 when officials "just posted a sign on the door." They did not offer any help and, moreover, did not show any concern for people.

He and his wife bought their four-bedroom villa with a large garden and pool in 1993 when they decided to retire to Cyprus, the country they fell in love with when Peter lived on the island. As a result, their dreams were smashed to smithereens, they have no means of subsistence elsewhere. A friendly neighbor offered them a home to live in until they could get back on their feet. 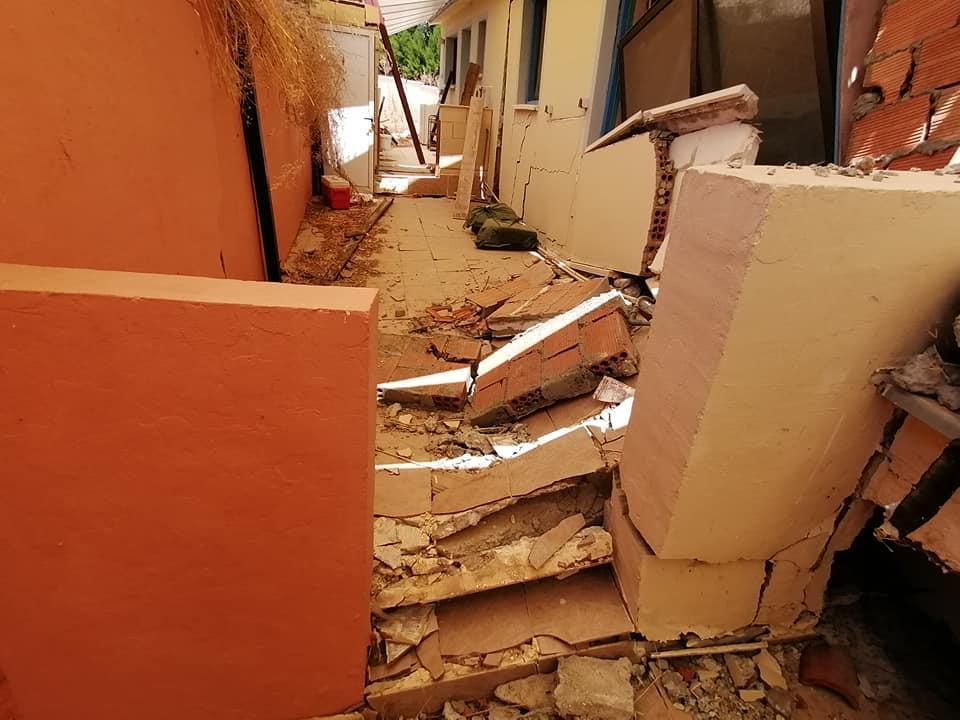 Peter said that in 2015, several property owners teamed up to form the Pissouri Housing Initiative Group (PHIG). Georgia-Elina Zoi is a lawyer currently representing some of the affected homeowners in Pissouri.

In 2020, Interior Minister Nicos Nouris pledged that the government intends to promote a "major stabilization project" with the safety of residents as a top priority. However, Zoi recently announced that the government is going to spend only 8 million euros (the amount in the state budget for 2021) on landslide problems instead of the previously approved 32 million euros. At the same time, the money will go to the construction of one pile wall. According to her, the government does not intend to carry out any work to stabilize the landslide.

The Cypriot government will proceed only with the construction of the pile-wall at the bottom of the hill behind the cemetery. The company had suggested the construction of three such pile-walls and that this work would follow the stabilisation work at the foot of the landslide. Even if a piled wall is constructed, it will only protect the hill and the traditional village with the Cypriot houses. The landslide area will not benefit at all. 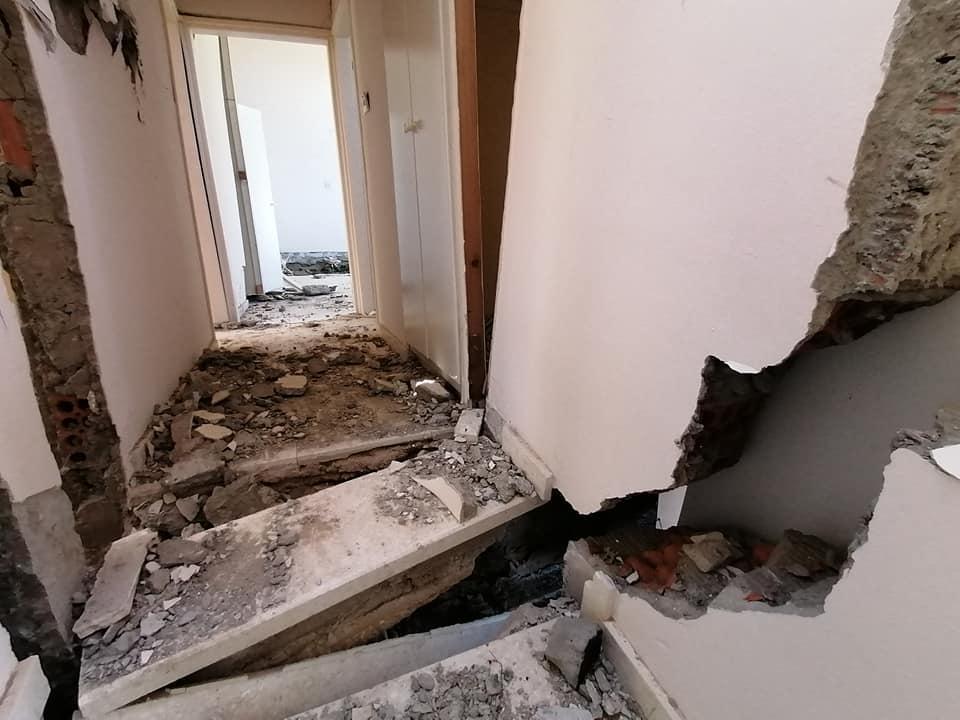 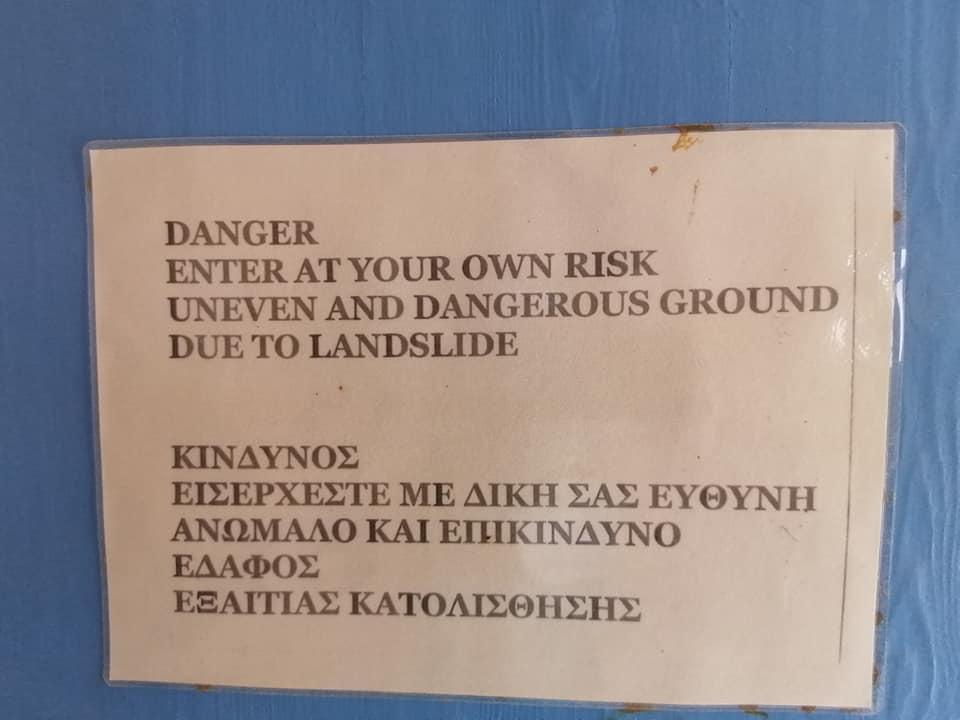 Earlier, Nouris stressed that the government's goal is not only to restore the territory of the region, but also to modernize it.

The main work to protect the landslide zone, residents and their investments in Cyprus has been large-scale stabilization work at the foot of the landslide. Now it is not even included in the plans of the government, - said Zoi.

It was assumed that the work will be completed at the end of 2022, but so far "not a single piece of land has been cultivated." 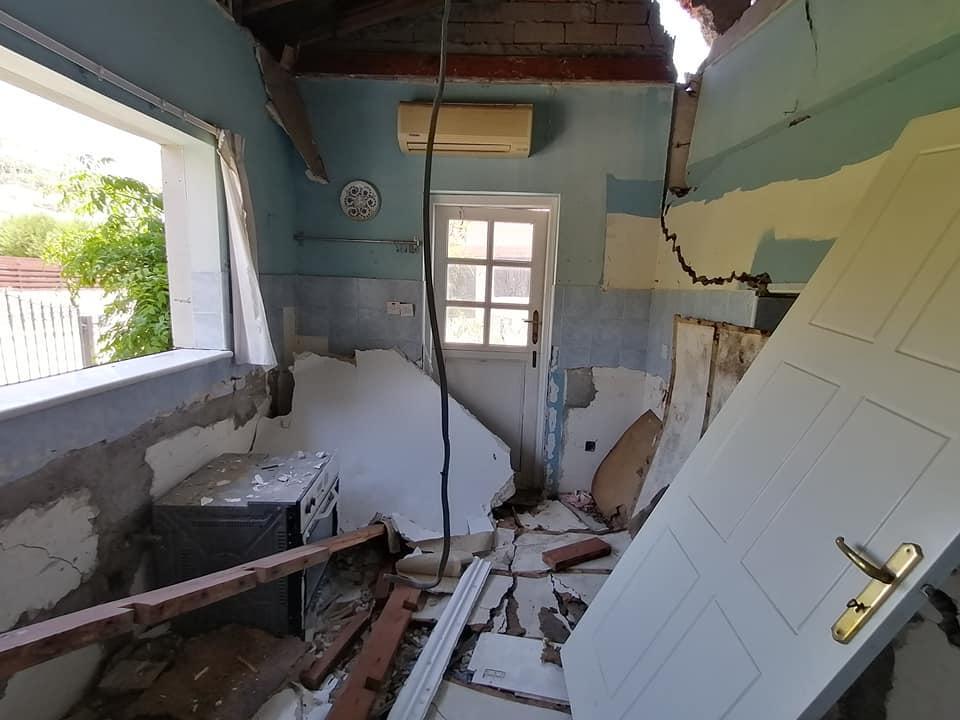 If you are looking for a property in Cyprus, then contact DOM Real Estate. The website contains a large selection of real estate objects - residential and commercial. Experienced agency specialists will be happy to help you make the right choice.