The statistical office of the European Union (Eurostat) published on April 8 data on housing prices. Cyprus entered the top three EU countries with the most significant decline in prices for houses and apartments since 2010.

During this period, property prices and rents in Cyprus fell by 3.4% and 4.1%, according to Eurostat.

After a sharp decline between the second quarter of 2011 and the first quarter of 2013, prices remained more or less stable between 2013 and 2014. Then, in early 2015, there was rapid growth. At the same time, housing prices rose at a much faster rate than rents.

Housing prices rose in 23 European countries and fell in four. 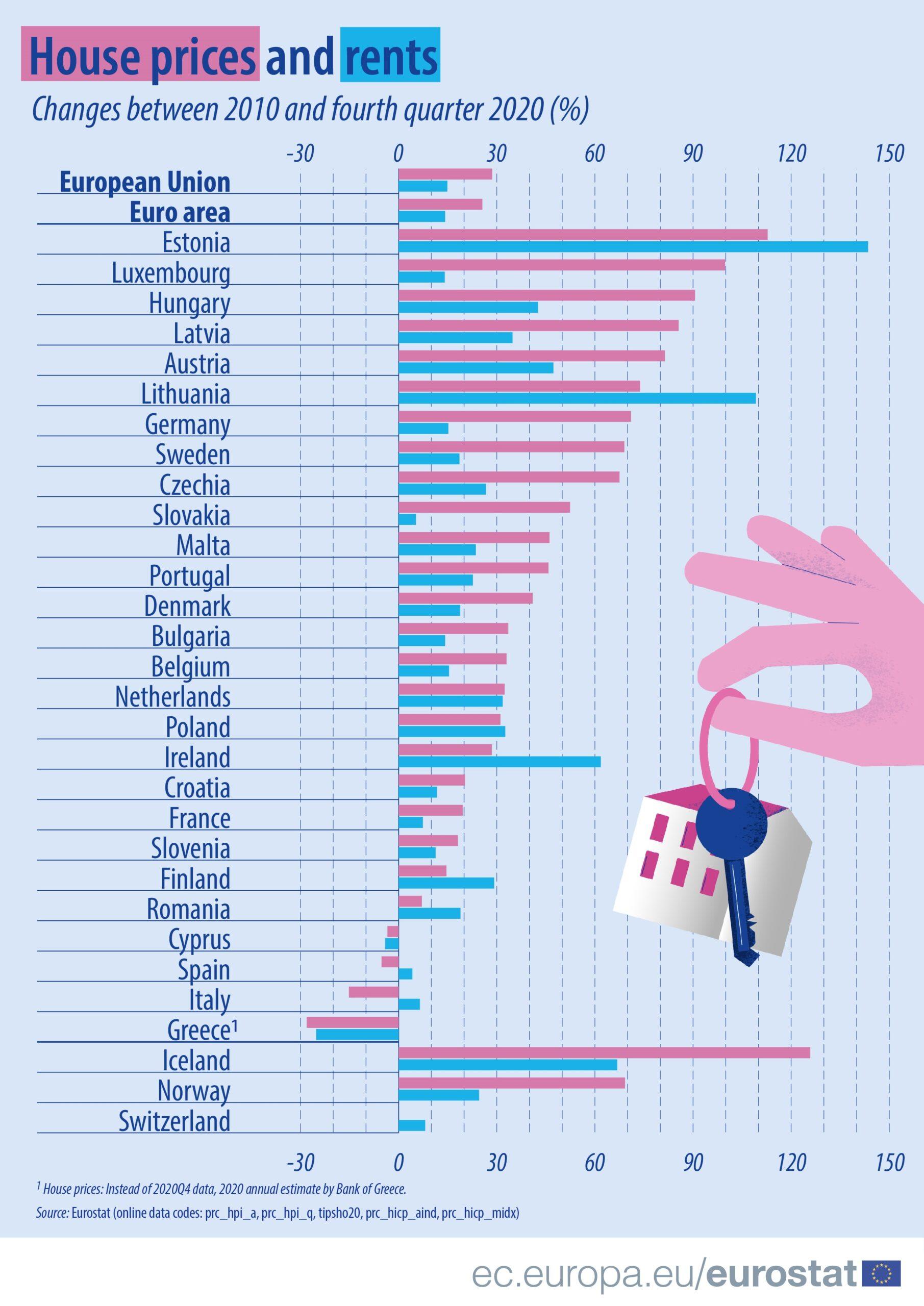 It is worth noting that for the Eurozone, this is the highest annual growth since the fourth quarter of 2006. In the third quarter of 2020, prices here increased by 4.9% and 5.3%.