Residents of Ayios Andreas in Nicosia are mobilising to oppose the construction of a 16-storey building complex on an iconic street in the capital known for its historical and aesthetic houses, many of which are listed buildings.

The proposal is to be discussed next week by the Nicosia municipality’s town planning committee. But the residents of the area say the plans are completely out of place with the traditional character of the neighbourhood.

The plan concerns construction of a complex of five towers up to 16 floors on a plot on Gladstone Street in an attempt by the new investors to redevelop an older construction that was initiated prior to the economic crisis. Works were halted in 2013. The aim is now to erect luxury residences.

The proposed construction is an area adjacent to the Prodromou linear park, the Anastasios Leventis Foundation, but also the University of Cyprus (UCy) archaeological research unit, the staff of which described their own building as “one of the most beautiful buildings in Nicosia.”

The residential area along the Gladstone and Vyronos (Byron) avenues and the Ledra Palace area have been designated by the Nicosia municipality, and by law, as areas of special character because the buildings there are considered as examples of colonial and neoclassical architecture.

According to the plan, any new buildings must not exceed three stories while permission may be given for a fourth one through special exemption. 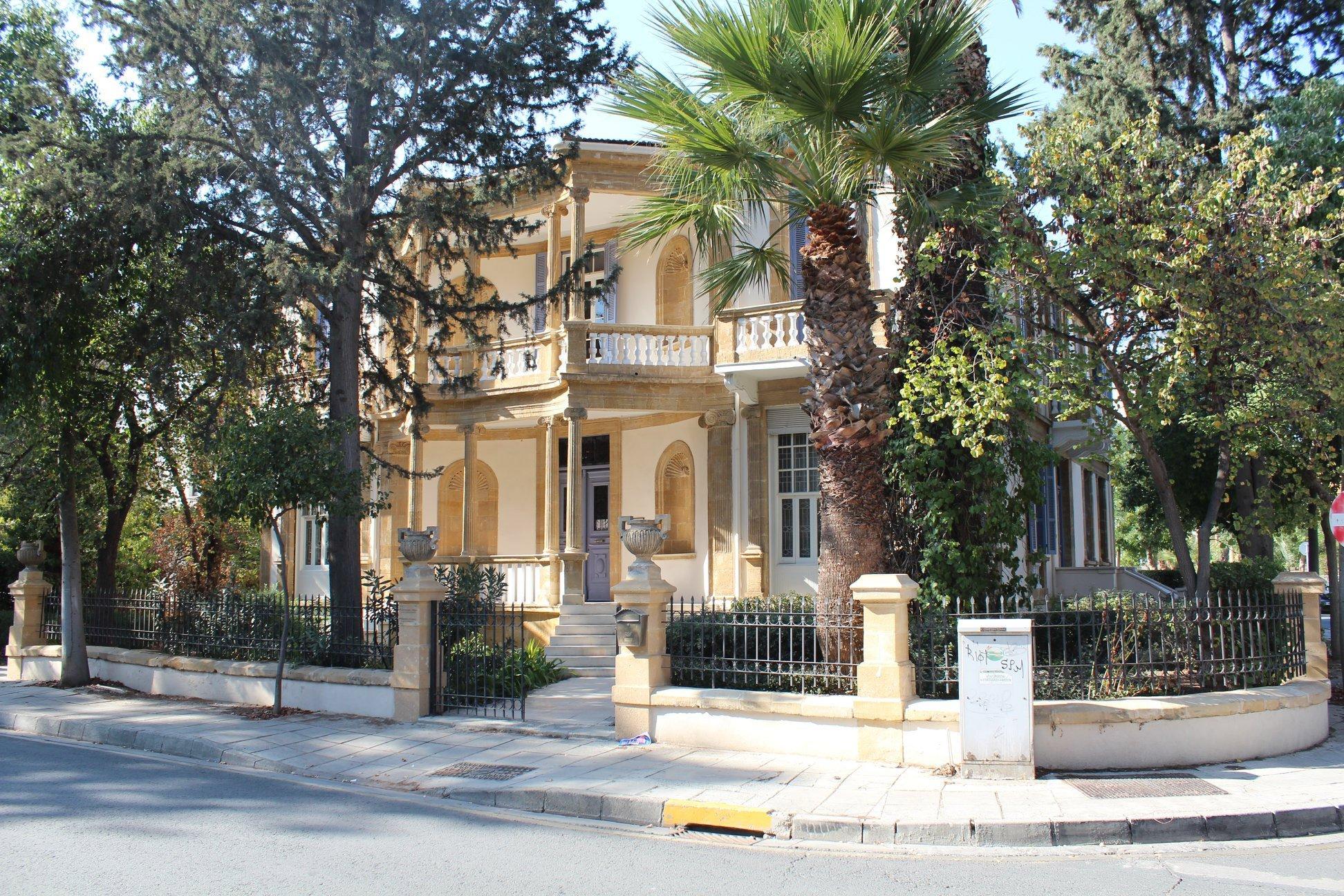 “We are shocked by the fact that the proposal is even being discussed by the municipality,” said Dimis Michaelides, a resident. He told the Cyprus Mail the proposal should have been immediately scrapped.

He said residents were concerned that such a building would alter the character of the area and create numerous problems, including traffic.

Around 80 residents sent a petition to the Nicosia mayor and the members of the municipal council expressing their opposition to the project. They call on them to assume their responsibilities and obligations and respect the provisions of the legislation on the protection of the Gladstone-Vyronos area of special character. The residents warned they would exhaust all legal means to address any deviations from the regulations.

The staff of the UCy’s archaeological research unit also said that as experts who study and record the material culture of Cyprus and the Eastern Mediterranean, “we believe that the special character of Gladstonos must be preserved”.

The matter is to be discussed next week by the municipality’s town planning committee which will issue its opinion, but the final say belongs to the municipal council.

Head of the town planning committee, councillor Giorgos Mesaritis, said this was standard procedure, according to which applicants file their proposal for a preliminary opinion. According to Mesaritis, the existing construction has a permit for five floors, granted by exemption, pointing out that the proposed project was not compatible with the plan for the area.

“From then on, if the municipal council decides to grant permission for more storeys, it will need to provide a lot of justification,” he told the Cyprus Mail.

The municipal council is to also decide on another high-rise building, consisting of 10 floors, this time on Kinyras Street, near the Supreme Court and across from the municipal gardens.

According to member of the town planning municipal committee, Kyriacos Tsimillis, that project also falls in an area of special character but according to the area plan, the maximum number of storeys could potentially be eight. Due to clear restrictions for the area, however, this should be much less, he said.

Tsimillis told the Cyprus Mail that due to the fact that discrepancies were observed during the decision process at committee level, he, along with other councillors had sought the involvement last year of the interior minister which led to the department of town planning and housing issuing a negative opinion on the project.

He added that the antiquities department had also issued a negative opinion, as well as the scientific and technical chamber Etek among others.

He said that property owners in areas of special character were not allowed to change the type of materials on their homes, not even the colour of a single drainpipe.

“New construction in areas of special character need to be in line with the surrounding area, the existing buildings, the materials used, their height and their character,” he said.

Tsimillis said that Kinyras Street had been designated as an area of administration and culture since it was near the courthouse, the department of town planning and housing, parliament, the municipal theatre, the archaeological museum but also listed buildings.

Decision on the proposal on the 10-storey building is expected to be taken after the restrictions on the prevention of the spread of the coronavirus are lifted, since it has been deemed it would be best for the municipal council to discuss this when everyone is gathered in one room rather than through teleconference, the two councillors said.