Construction of the first purpose-built retirement village in Cyprus is due to get underway in Tsada, Paphos next year.

The much-anticipated project is already garnering a huge amount of interest with the ageing expat population, according to the company building it.

The idea came from the founder of the project Lazaros (Lakis) Papadopoulos, who also owns the land in Tsada and an old mill that belongs to his family. Along with my business partner, Yiannis Farmakis, we got involved, and now we are ready to launch, Nick Salatas of Cyprevico Ltd, who are responsible for the project. 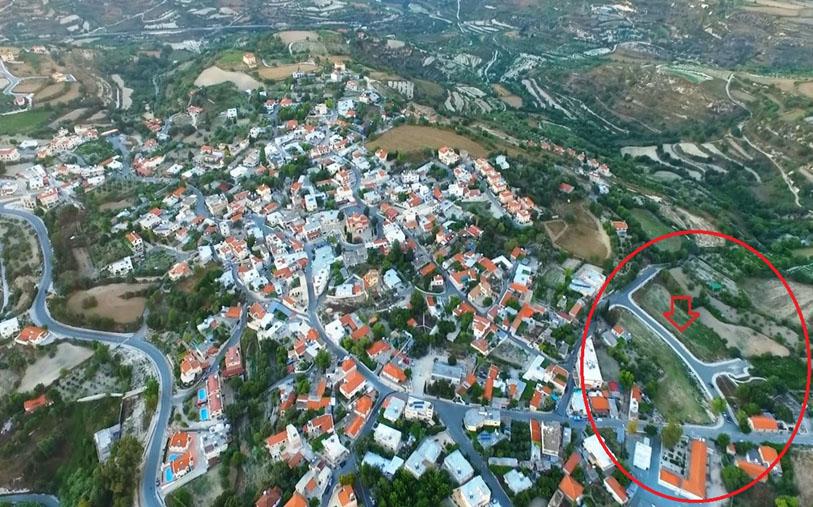 Lazaris Mill will cost around €16 million to bring to fruition, and will consist of 82 individual apartments, ranging from studios to larger flats and a small 24-room hotel. It will also provide both necessary and bespoke facilities.

The project has been designed by award winning Cypriot architect, Vangelis Mavronicolas. Prices for a studio apartment start from €90,000 to €130,000. 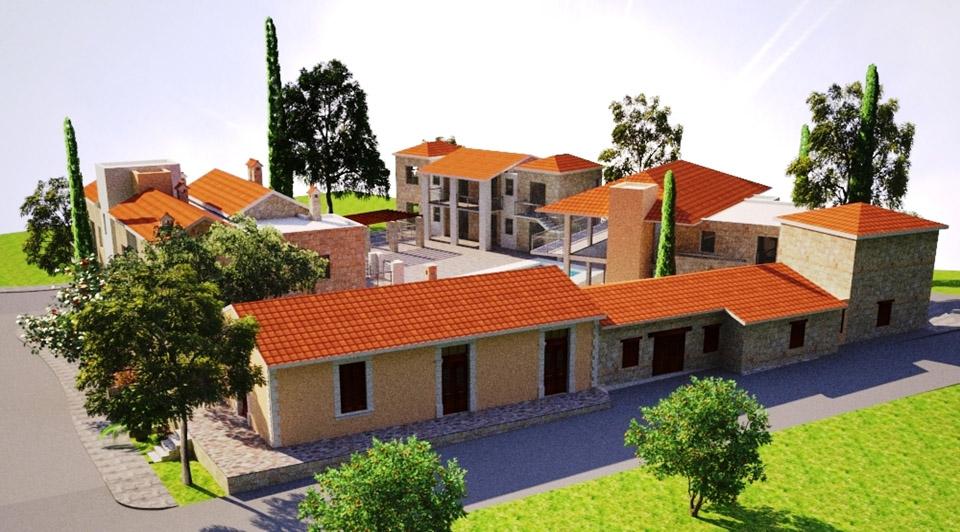 As the population of Cyprus ages, many have concerns for the future, and often expats return to the UK and other countries, unsure of how practical or fulfilling life as an older person will be in Cyprus. Until now, no retirement villages were available on the island and whilst common in many other countries, this project is a first for Cyprus.

It will offer a wealth of other facilities and include round-the-clock nursing if necessary, supervised by the Evangelismos hospital.

A few years ago, the project was stalling, so Salatas and Farmakis became involved and ‘put the project back together’ and back on track. They and Papadopoulos travelled extensively to other countries to carry out research on similar projects. They picked the best from each retirement village and included aspects that would be suitable for Cyprus and potential purchasers.

“There were a number of issues before we came along, Yiannis, my partner of 25 years, is a close friend of Lakis. We improved on the original idea and obtained all of the relevant licences for the hotel and the Evangelismos,” Salatas said.

So far, there has been a lot of interest in the planned venture, with new enquiries every week and would-be buyers are already waiting to place their deposits, he said.

The project is mainly geared towards expats who have been living in Cyprus for many years. They may have lovely villas and pools at present but are looking to downsize and live in a more manageable property, he said.

The protect contractor is from Greece and has a wealth of experience in large infrastructures, whilst focusing on quality, Salatas said.

The social element of the project is important too and will be geared towards those with limited mobility or in wheelchairs. With this in mind, there will be no steps, and apartments on the first floor will be accessible by lifts. Corridors and doorways will be wide and bathrooms larger again to allow for wheelchair access.

We have carried out a lot of study and research into what’s needed. I travelled to the United States, Ireland, Austria, the UK and Germany to check it out, he said.

The village will include a hotel, cafe, restaurant and bar and all residents will be entitled to special rates for food and drink. A food delivery service will be available and there will also be an on-site pharmacy, and small kiosk.

The implementation of Gesy has also helped to ease people’s minds about living out life in Cyprus, he said, as healthcare and its costs were a worry for many before.

He stressed that the project is not a care home, but that care will be available. As people age, they may need more help or medical assistance which will be overseen on site by the Evangelismos hospital.

We are not a care home but there will be some facilities for people that may need a little help later on in life.

Buyers will get a 99-year lease and a tight management contract, he said, as they need to ensure that the project is kept as a retirement village. Families that may inherit a property may use it themselves if they are 60 plus or may rent it out to those of a suitable age.

We can find tenants for them or if they want to resell it, that will be done through us. We need to keep control because our research showed in some countries, proprieties had been abandoned or turned into holiday homes, which is not what we want. We can assure people that it will stay as it is intended, Salatas said.

The retirement village will house around 120 to 140 people and all of the apartments have verandas. Each block also has an outside area as well as a communal space for sitting and barbecuing. Each also has underground parking and a storeroom.

The apartments are high spec and will use technology such as wall-mounted tablets that can connect directly to a system used by all including the nurses’ station, the reception and each other. They will also access information about events, the minibus and what is happening daily in the village will keep people connected.

The trio, who all work well together, are aware of a huge void in Cyprus, with nowhere for an ageing population to continue to enjoy life and feel part of a community. This has lead to a melting pot of ideas which they are now determined to bring to fruition.

A March 2020 launch was scuppered by the coronavirus pandemic, but now, they are in a position to accept reservation deposits from purchasers to secure a property from mid- September.

“They will be really nice properties with fantastic communal facilities. Security will provide peace of mind, there will also be a social side with events and classes as well.”

Ten thousand euros from each buyer will be held in an escrow account and once building gets underway, purchasers will sign a contract and hand over 20 per cent of the purchase price. Further payments will then be made in stages, he said.

We are doing it like this as we don’t want to just take people to a field and say here it is, but be able to do that as construction gets underway, so people can see that something is happening.

The project will take around two-and-a-half years to complete and deliver from the time deposits are handed over, he said.

“This project has to be exactly right and executed perfectly with attention to detail.” 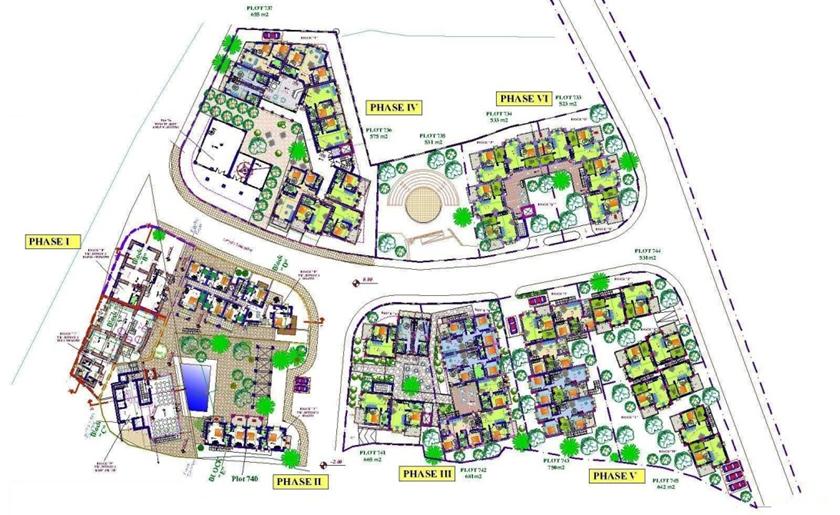 Lazaris Mill is the first of three retirement villages the company plan in Paphos, with a further two being created on a similar model. The second will be in Kouklia and a third also in Tsada.

All sorts of extras are included in the communal fees, which will be around €2,500 a year, and include building insurance. A minibus will take residents to town once a day and may be hired out for private trips, so that those no longer driving will not feel isolated. 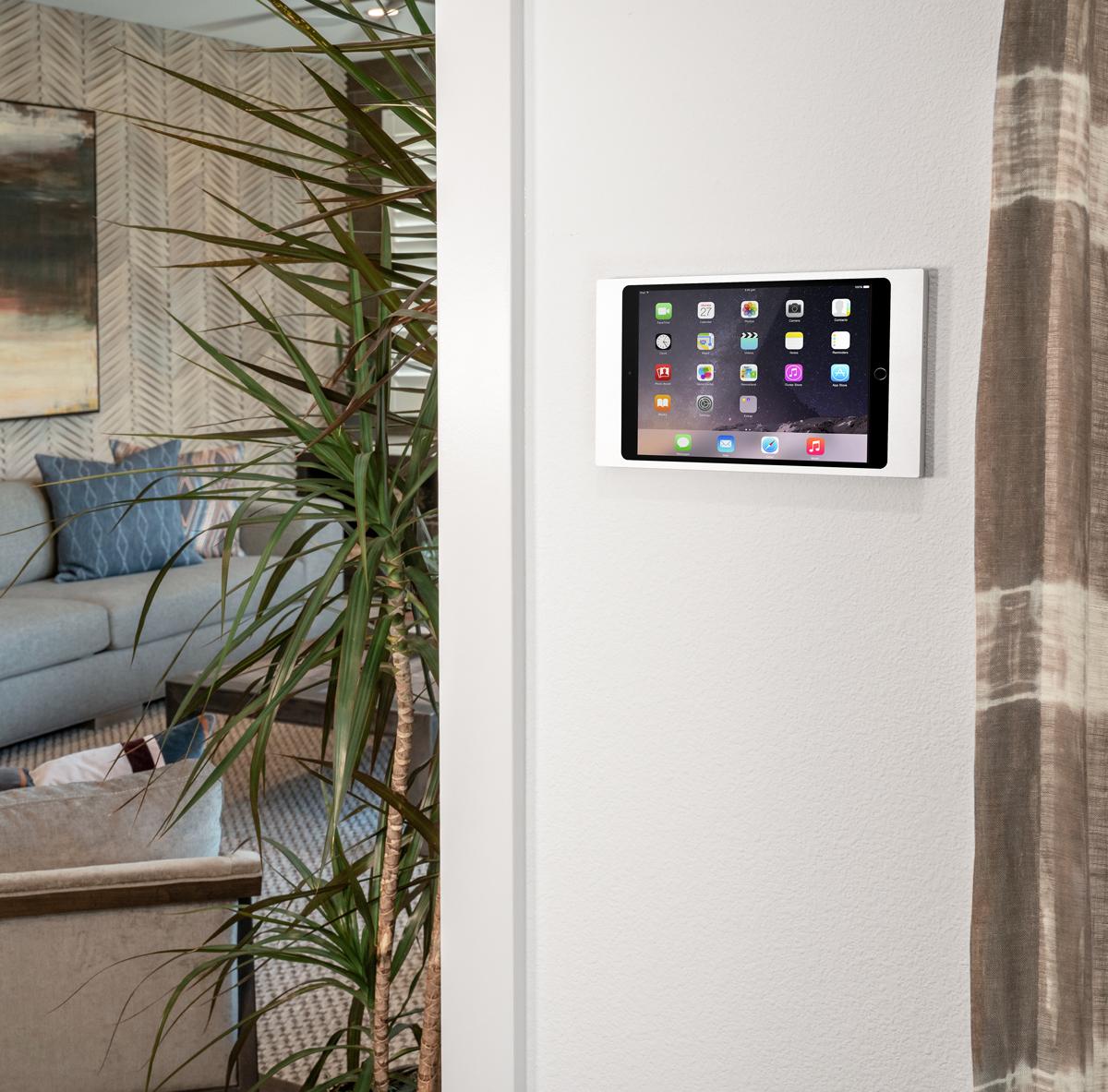 Bespoke services on offer will include: house cleaning, laundry and ironing, shopping and meal delivery.

Pets will also be allowed under certain conditions.

“I am 62 myself and I would live here, it’s something I’m seriously considering. We want people to feel safe and secure” Salatas said.