Large-scale developments expected in Limassol in 2021

Simultaneously, the implementation of the agreement for affordable housing signed between the Municipality of Limassol and KOAG is progressing and provides for the construction of building complexes that will house more than 600 families. Apart from the above, it seems that the structure of flood defenses in Limassol is also a matter of time. For all the above and a series of other actions and actions of the Municipality of Limassol, the mayor Nikos Nikolaidis told.

-Let's start, Mr. Mayor, with the pandemic and its social consequences, especially in economically vulnerable groups. How do you manage until today, as a Municipality, the numerous cases of your citizens who turn to you, seeking some help?

-The economic hardship and social isolation brought by the pandemic exacerbated the existing or underlying social problems in our city. A portion of our fellow citizens, unable to manage their psychological strain and the difficulties of their daily life in the new conditions, came to their Municipality for help. The Municipality of Limassol could not leave any citizen in need helpless and tried to respond to these cases in every possible way. We have strengthened and upgraded existing programs, such as the Social Grocery, the Municipal Homeless Rehabilitation Center, the School Social Workers Program to support immigrant families, and the Social Worker on the Road program for third-country nationals, and at the same time created new services. Such as the Emergency Center. The Social Workers and Psychologists of the Municipality and many volunteers responded to hundreds of calls from our fellow citizens who found themselves in a dead-end. For our Municipality, social solidarity towards our vulnerable fellow citizens is the Lydia stone that judges our quality and value as a society. 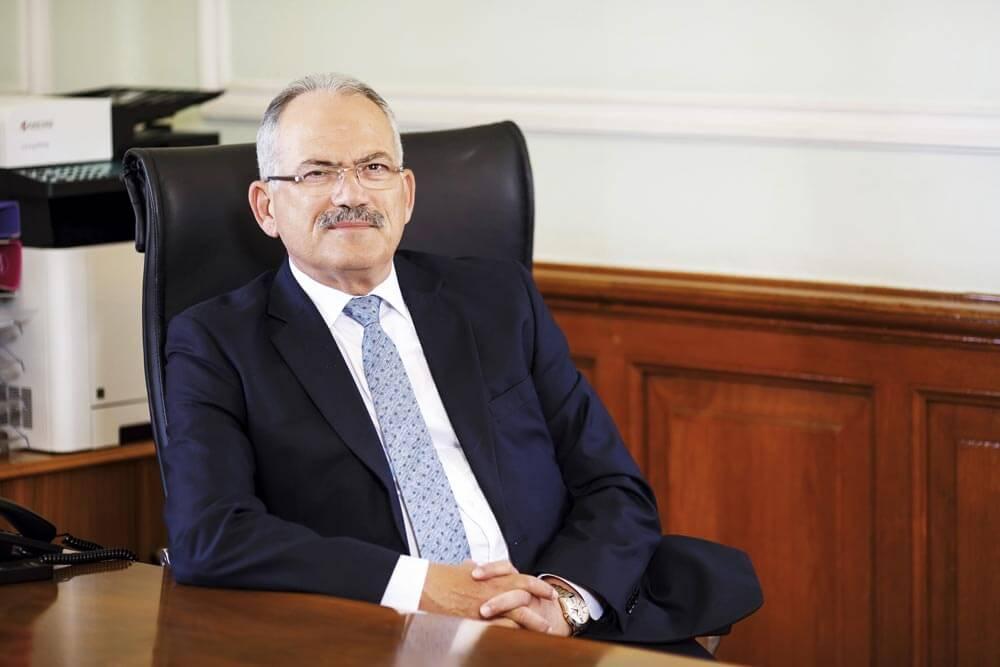 -Let's return to the pandemic to see the economic consequences that it has brought to the Municipality of Limassol. Really, how do you see yourself standing up after such a blow? And without "fluid," how are your development plans implemented?

-The pandemic until today has cost our Municipality a loss of revenue of about 3 million euros. With massive efforts, all the funds were re-evaluated, and the elastic expenses were significantly reduced so that we have a balanced budget for 2021. On the one hand, our goal was to continue upgrading the quality of our citizens' daily life and not sacrifice any development project with substantial benefit to the local community and make a significant contribution to the economic recovery from the pandemic crisis. Of paramount importance for us are the projects for the upgrading and stimulation of the districts of Limassol, the tasks related to the digital upgrade of the Municipality and the modernization of the services provided to the citizens, and the major flood protection projects.

-The truth is that as a municipality, you are exploiting significant European funds, which are utilized, creating a series of important development projects that the city needs. We read that the processes for the Environmental Neighborhoods are already at an advanced stage.

-In 2021, 8 projects will start in the districts of Limassol, with a total budget of €13 000 000. Our big goal for upgrading the neighborhoods is beginning to be realized. On 26/11, the offer for construction works for the Environmental Neighborhood in Omonia was announced. The second Environmental Neighborhood, in Agios Spyridon, is expected to be tendered within January 2021. The third Environmental Neighborhood, of Agios Nikolas, is planned to be tendered for construction before the summer of 2021. The significant project of the renovation of the historic center of Agia to be announced within days. The renovation of the Aetos stadium, in the districts of Agios Ioannis and Apostolos Andreas, has already begun to be built. For two more projects, The Event Venue in settlement of Agia Fyla and the park on Dimitriou Christodoulou Street in the District of Agios Georgios Havouzas, offers have also been announced. Creating a large garden on Gauguin Street in Zakaki was presented to the area residents in early December and is expected to be offered within the first four months of 2021. All these projects aim to make the neighborhoods of Limassol more attractive, more humane, and safer. for children and the disabled. 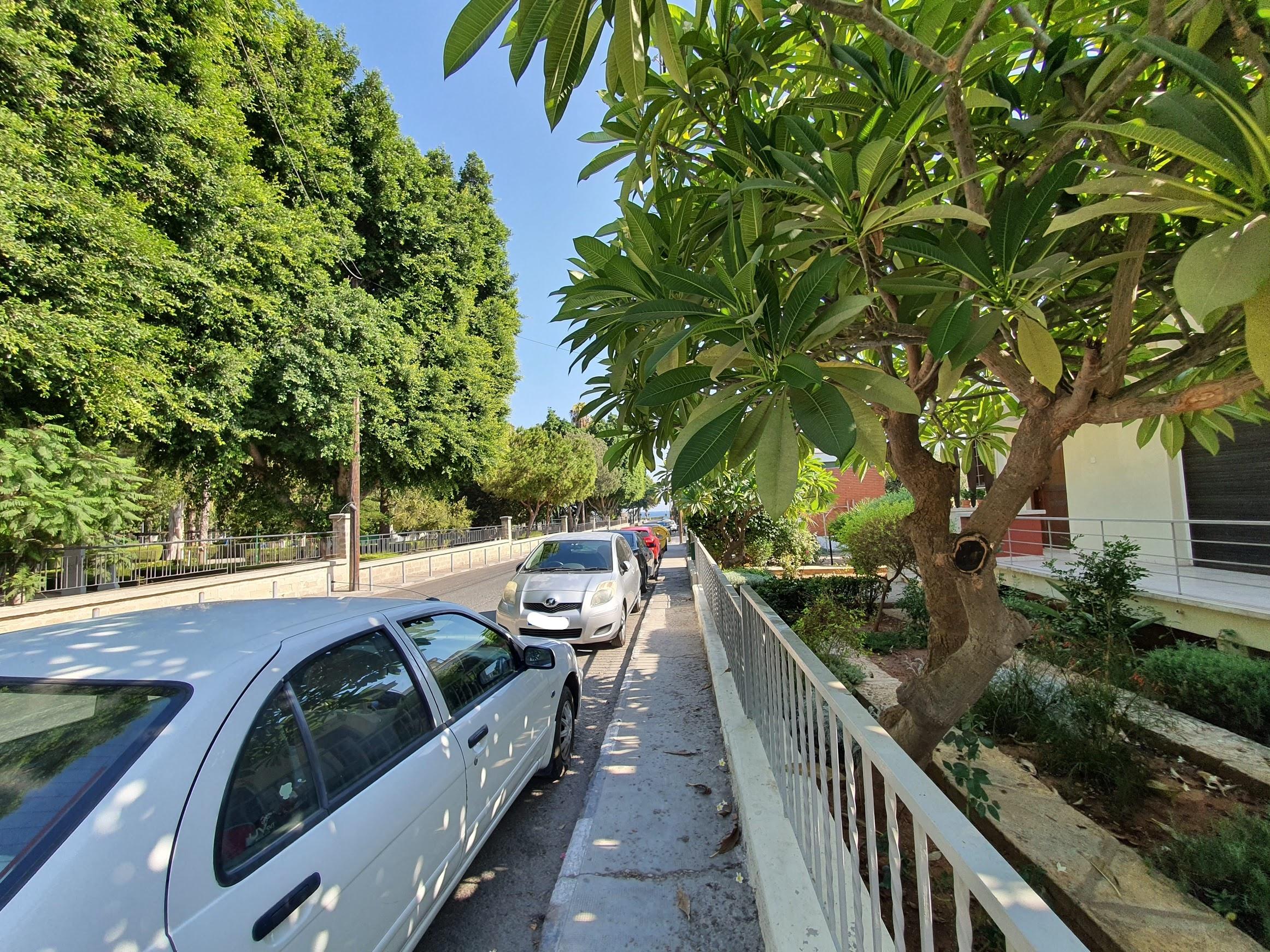 -Recently, you announced an ongoing campaign for a clean city. Do you think that strengthening the Cleaning Service with additional human resources and new machines is enough to win the bet?

-Our Municipality recently launched the "Clean Limassol" campaign. The campaign consists of a series of parallel actions, which include strengthening the staff of the Municipality. The replacement of old and purchase of new equipment, acquisition of new waste bins for public spaces and subsidy for the purchase of household waste bins, installation of large Automatic Composters, installation of submersibles and semi-submersibles trunks, and starts (within 2021) of a pilot project of the separate collection at the source of recyclable and organic waste "I pay as much as I fly - P.D.O." with a prepaid bag.

A vital element of the "Clean Limassol" campaign is the cooperation and contribution of the citizens. That is why the Municipality invited the citizens to participate, supporting the municipal services' efforts for the substantial improvement of the urban environment. Municipality and citizens together, we can make the city we love a model in terms of cleanliness.

-The city center and especially the area of ​​the Castle sinks every time extreme weather phenomena are observed. For years, citizens have heard about flood defenses, but they seem to be constantly slowing down. What did you do about it? And when will words and proclamations finally become deeds?

Despite the intense mobilization of the municipal services, the city's deficiencies in the flood protection infrastructures lead to every possible rainfall to our citizens' great suffering. We rushed from the first moment to correct these shortcomings, promoting projects that have not been done all these years. Both in the city center and the northern districts of Limassol. The works are finally starting. The contract has been awarded for 13 flood protection projects, with a total budget of 17 million euros for projects in the areas north of Spyros Kyprianou (Agios Fyla, Ekali, Agios Georgios, etc.), and the works begin immediately. The completion of the study for the significant projects for the city center (Ag. Fylaxeos, Navarinou, Gladstonos, Thessaloniki) is also being promoted quickly 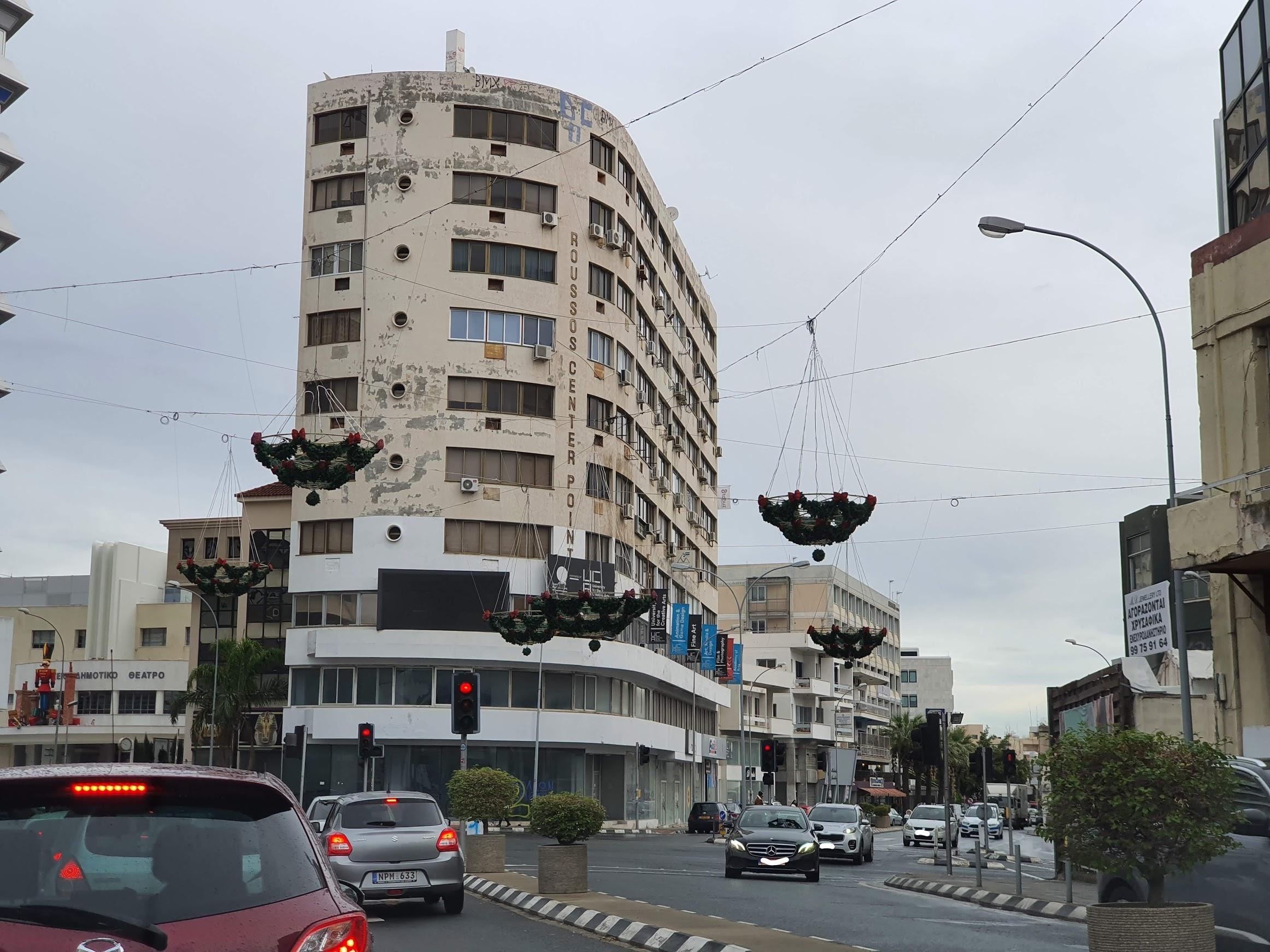 -Since we are in social policy, tell us if there is anything new with that ambitious plan and the agreement you have signed with KOAG for affordable housing.

-The agreement between the Municipality and KOAG for .the construction of about 600 affordable housing units in 3 municipal plots will help hundreds of our fellow citizens, such as young couples, low-income families, and students, to acquire or rent housing at affordable prices. The project's total value exceeds € 100 million, making it the largest housing project done in our country with municipal authority. The latest developments regarding the project concern the Minister of Interior's decision to differentiate the incentives for affordable housing, which ensures for all three municipal plots the possibility of 45% superstructure, thus increasing the entire project's viability. The preliminary architectural design will be completed soon. The Municipality will finalize the terms of consideration of the agreement with KOAG.

" Sustainable urban development for the center and the coastal front of Limassol."

It was and still is a painful story in your city. Especially those who use the roundabouts have a lot to tell.

After many years of inaction or insufficient measures for our city's traffic problem, completing the first Sustainable Urban Mobility Plan (SVAK) gave a perspective of its solution. SVAK proposes multidimensional measures that include one-way, sidewalks, bike paths, parking lots at strategic points, Park and Ride, and, of course, strengthening public transport. The total cost of implementation of SVAK Limassol is budgeted at € 390 million, of which € 60 million will have to be secured by our Municipality. The Municipality is already making moves to secure co-financing for several SVAK projects, both in the city center and other areas. If there is the state's political will to allocate the appropriate funds, then we can be optimistic for a gradual improvement and effective treatment of traffic in 10-15 years. The recent award of the project for installing intelligent traffic lights at the traffic junction of Agia Fyla sends an optimistic message.

-And something similar: You launched the Park and Ride system for fast and free access to the city center. Does it work, or do people still avoid buses?

The recently launched Park and Ride system for fast and free access to the city center was an attempt by the Municipality to boost the public passenger transport system. The traffic problem in our city, as in all cities, can not be solved without public transport. This first but crucial step, with its two roundabouts and 42 total routes serving free students and staff, could be a significant leap for public transport in Limassol. The system started very well, but the pandemic conditions did not allow it to develop yet fully. Our Municipality continues to inform and advertise about the system, and I am sure that the citizens will embrace it as they embraced similar systems that served them, e.g.

What is needed further is a sufficient number of such systems to serve both the city center and the areas north of the highway (Agia Fyla, Ekali, etc.).

-With technology and innovation in general, it seems that the Municipality of Limassol is doing well, significantly facilitating its citizens in easy access and processing of cases related to the municipal service.

The Municipality of Limassol has set very high in its priorities the need to adopt new innovative technologies in its operation and communication with the citizen, be modernized, function more efficiently, and serve the citizen more effectively. In recent years there have been many innovative actions of the Municipality, and even more, are planned. Such actions are the new website, the Service Center (Calling Center), internet payments, the new application "DIMOTIS LIMASSOL," smart stops (in collaboration with ETAL), the unified parking management system, intelligent street lighting L.E.D., the 3D virtual navigations of 6 cultural infrastructures of the Municipality, the digitization of files and the modernization of digital infrastructure of the municipal machine that will be the basis for a completely online service of the citizen. Our MunicipalityMunicipality's goal is to adopt an integrated strategy of innovation and digital policy, and in this direction, we cooperate with the competent ministry.

-Many people have welcomed your recent announcements for the strategic plan for Limassol 2027. 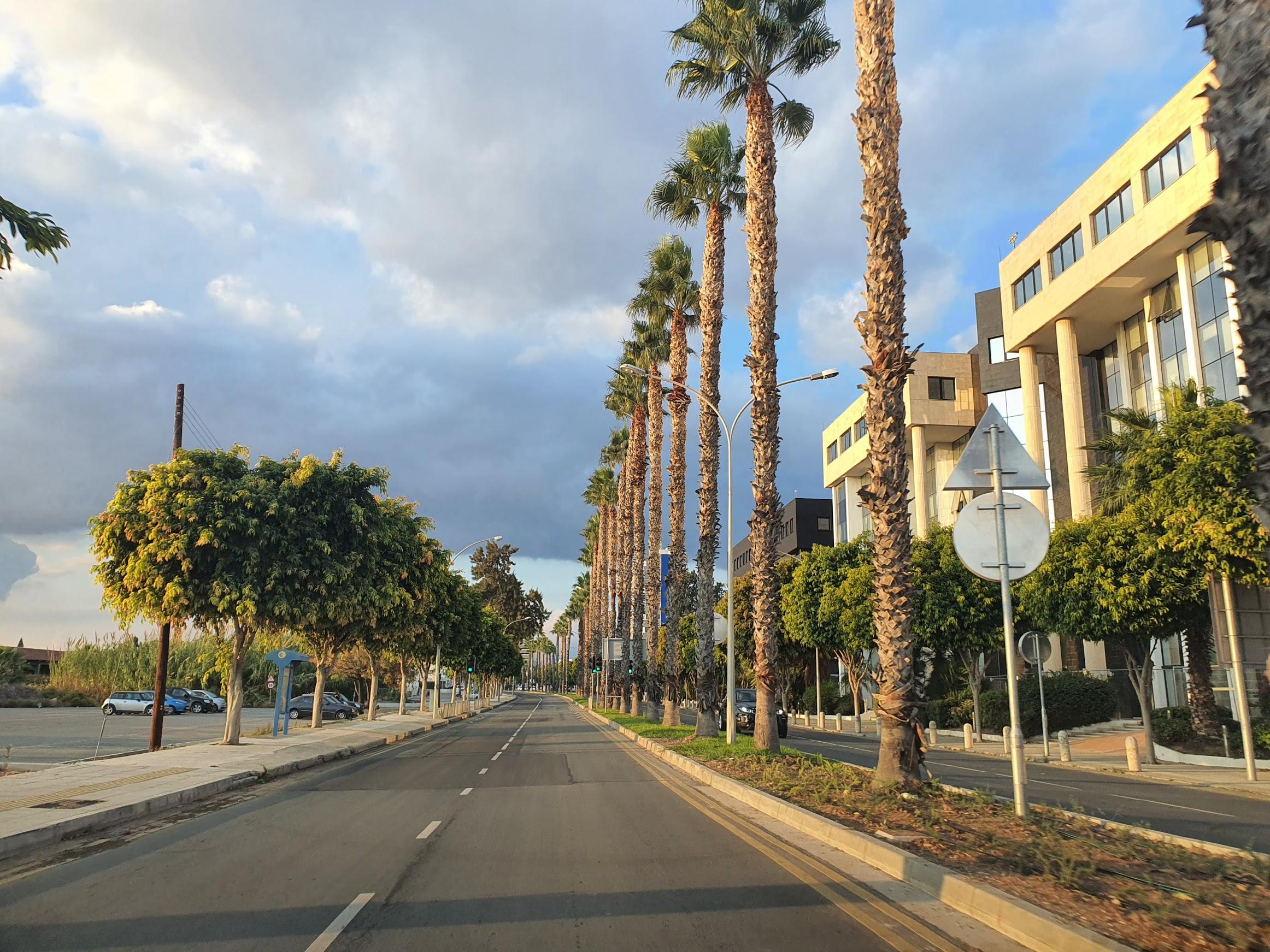