Organized residential development in the Municipality of Dromolaxia-Meneou, at a cost of € 80 million, is promoted by LEZANCO PROPERTIES LTD, with the project having been put to public consultation by the Department of Environment. The project is estimated to have the capacity to accommodate up to 1,550 people and is expected to attract mainly Cypriot buyers and especially young families.

The project will consist of 479 residential units, with 37 being mansion-type dwellings and the remaining 442 being apartments developed in 13 apartment buildings, with their supporting spaces. There will also be a kindergarten, a kiosk-kiosk, a swimming pool, a club for residents, and an underground car park where their total area (sealed and not sealed from all floors, including the basement) will be 92,800 m2.

The project will be developed southwest of Larnaca International Airport and west of the Municipality of Larnaca. 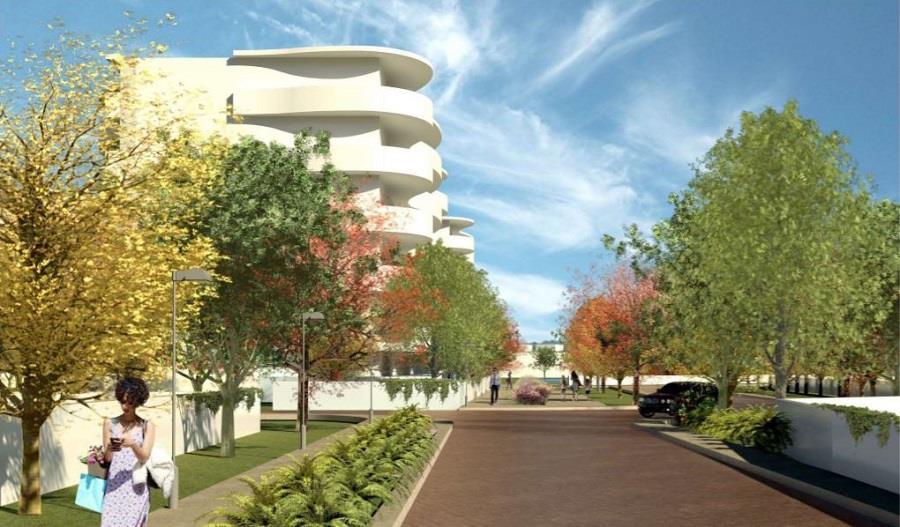 Each mansion will have three floors including the ground floor and will consist of three bedrooms. It will include a private garden with a swimming pool and a covered and uncovered parking space.

In the center of the project will be the private park which will include a swimming pool and three buildings for shared use, consisting of a nursery, a gazebo - a stand to serve the basic daily shopping of residents and finally the third building will It houses the club - a common place of contact - socialization of the inhabitants.

The daycare center has two floors (including the ground floor) and will include children's play and creative playrooms, as well as a specially designed outdoor playground.

The residents' club will consist of two floors, including the ground floor, and will include a living room, a bar, a gym, locker rooms that will serve the gym and users of the swimming pool. The offices of management/development management will occupy the first floor.

The project is planned to be executed in four successive and distinct phases, with an expected construction time of each phase of two to two and a half years. On this basis, the estimated completion time of the project is expected to be a total of 8 to 10 years. The main element of accelerating or delaying the phases of the project is the intensity of demand for the offered houses.