Following Limassol, Nicosia is gradually turning into a city of skyscrapers.

A lot of high-rise buildings have recently been erected here. Some of them have already been commissioned, and some are at the design or construction stage.

We suggest you take a look at 10 high-rise new buildings in the city.

360 high-rise, which has radically changed the face of Makarios Avenue, has been adorning the capital of Cyprus since last year. The high-rise building is made in the form of a cylinder, 135 meters high, a panoramic view of the city opens from the windows: from the Pentadaktylos mountain range and the Mesaoria plain to the Troodos mountains and the Morphou gulf on the northern part of the island.

The tallest building in Nicosia was erected by Cyfield for 101 Developments. The 34 floors of the skyscraper has 120 apartments, three shops, two restaurants, a swimming pool, a gym, a conference room and a three-level parking lot for 320 cars. It should be noted that due to the reconstruction of Makarios Avenue, shops and restaurants in "360" are temporarily closed. 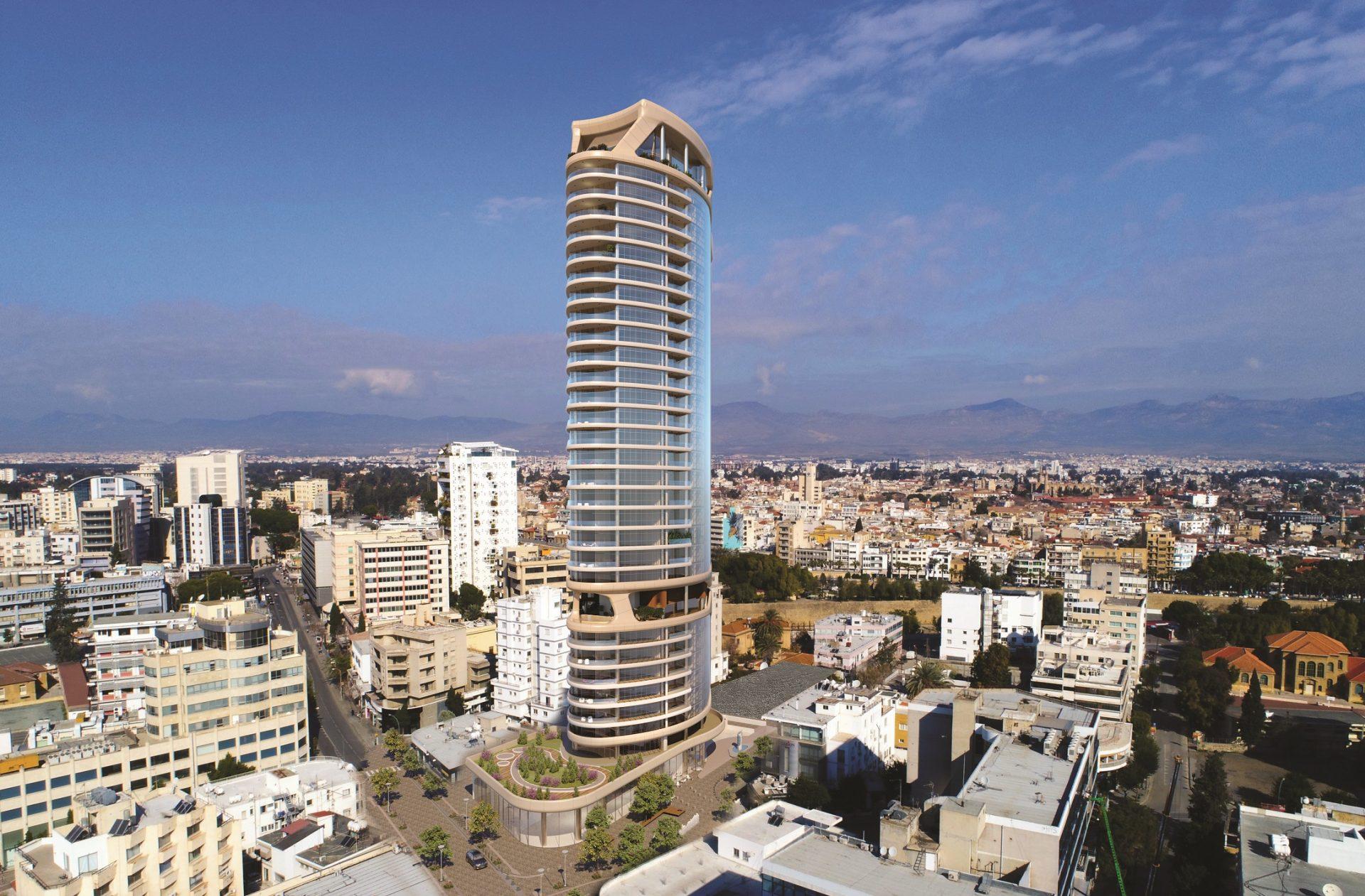 The skyscraper Central Park Residences, a sister project of the Olympic Residence Twin Towers in Limassol, opened its doors to owners and guests in December 2018. The residential project is located in the very center of Nicosia, in the area of the old GSP. It was also built by Cyfield. The building has 19 residential floors. In total, there are 37 apartments in the capital's multi-storey building, which are mainly rented out for short and long term. 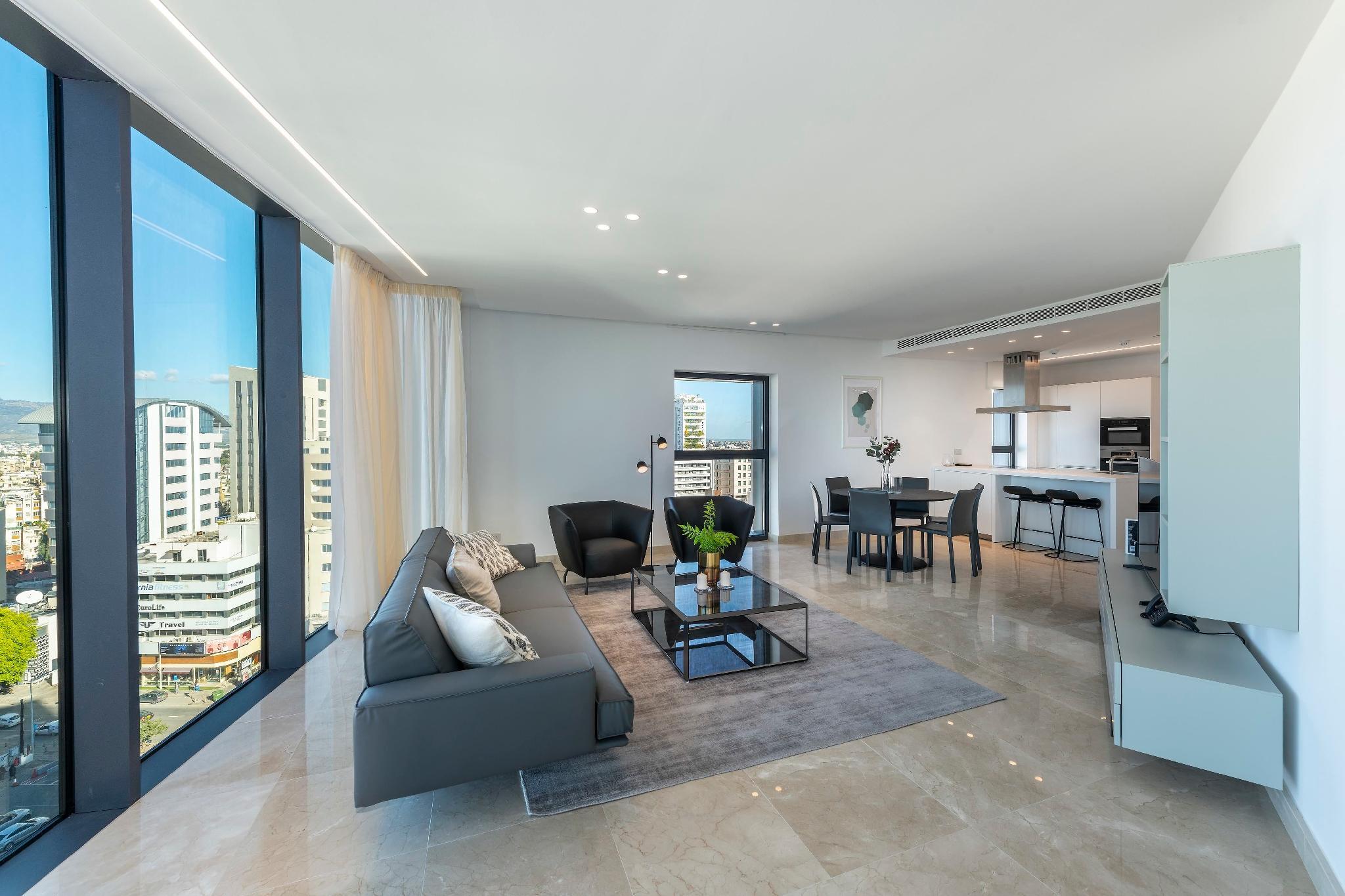 One more modern business center built by the Cyfield, it is located next to the Eurobank headquarters, in the very heart of the city on Spyros Kyprianou Avenue.

The building has an area of 8,984 m2 and 19 floors, which include office space, a luxurious reception, a mezzanine, an engineering floor and three spacious underground parking levels. In addition, there is a rooftop lounge area that can be used for corporate entertainment. 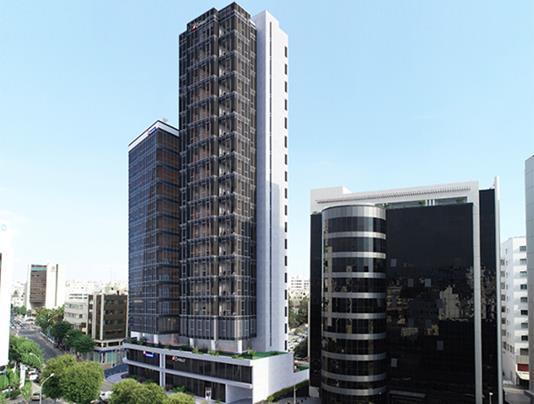 Another famous skyscraper in Cyprus is located in Nicosia. The 18-storey building immediately gained worldwide recognition. It has several names. Architect Jean Nouvel gave it the name Tower 25, although everyone calls it White Walls.

The high-rise is beautiful. The white building is adorned with pixelated windows with greenery! It looks very aesthetically pleasing and environmentally friendly. The balconies are illuminated with neon blue light in the evenings. The building has been the headquarters of EY since 2014. 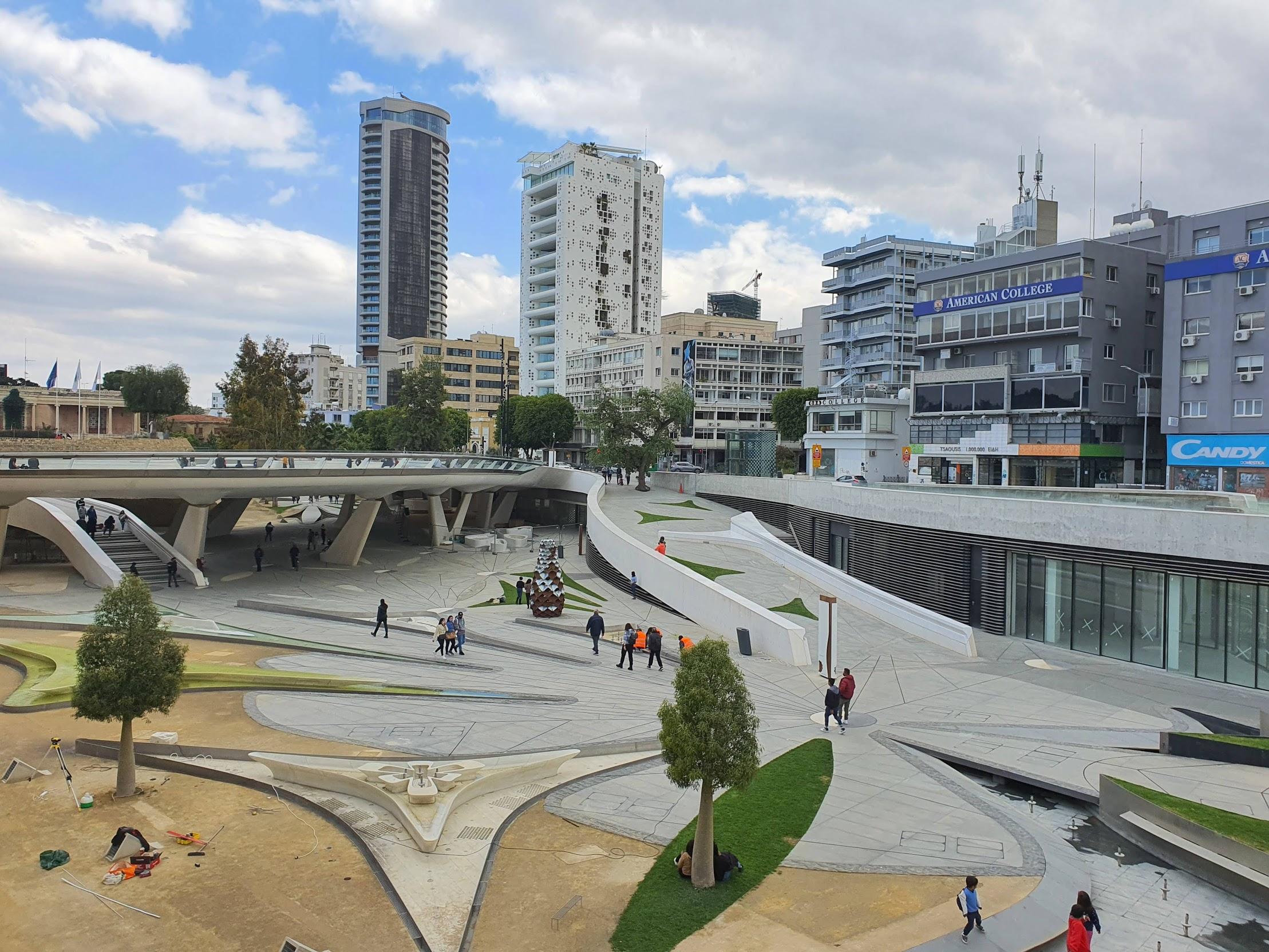 The construction of the 20-story Labs Tower in the center of Nicosia is in full swing. The new mini-skyscraper will house the Cypriot headquarters of a group of companies owned by Israeli-born billionaire and Cyprus citizen Teddy Sagi.

In addition to office space, the 22-storey skyscraper provides apartments for company employees, conference rooms, cafes, restaurants and a fitness center. The project cost is estimated at €30 million. The same amount will be spent on finishing, equipment and furniture. The Labs Tower was designed by the Heracles Papachristou architectural company. 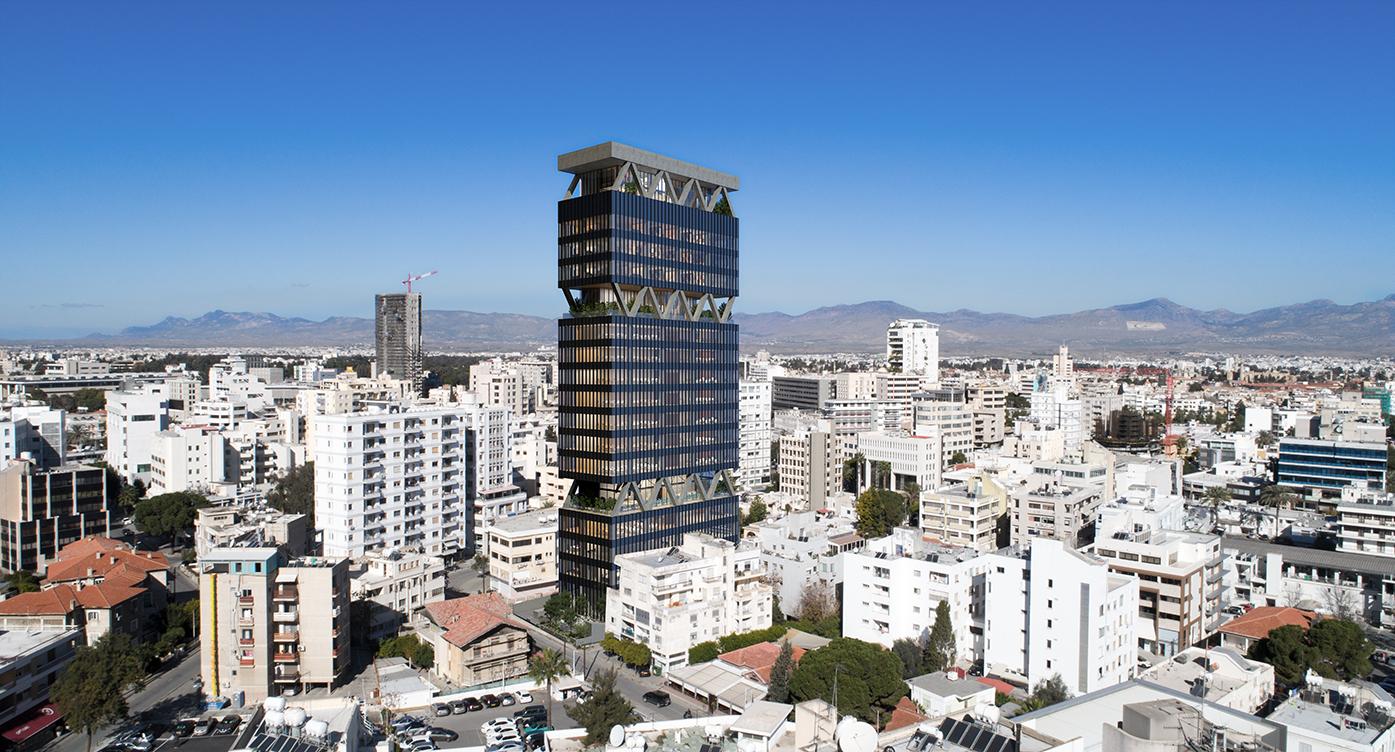 The new 10-storey commercial project will be located on the Pindarou Street in Nicosia. The Malcolm Tower is an office building project which construction should start in 2021. The head of Kythreotis Architects LLC, Charilaos Kythreotis, who developed the project, said recently that the Malcolm tower received a building permit, the final work schedules will be approved in the near future. Malcolm Tower will be located on a corner plot currently used as a car park. 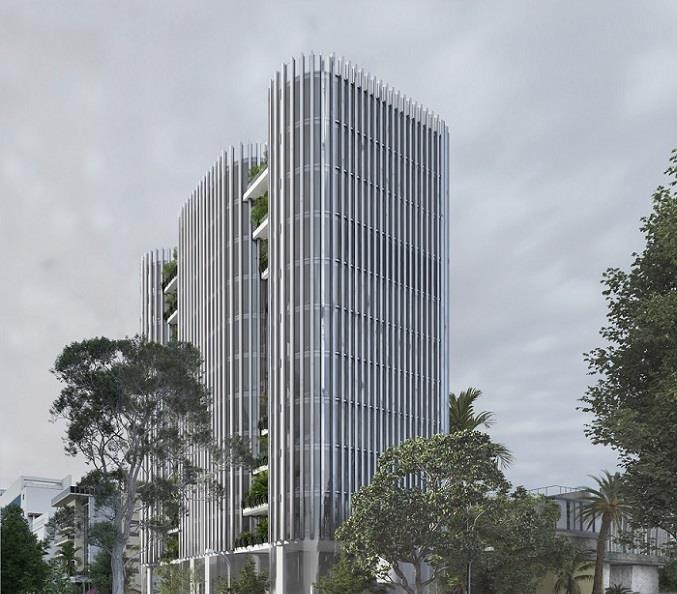 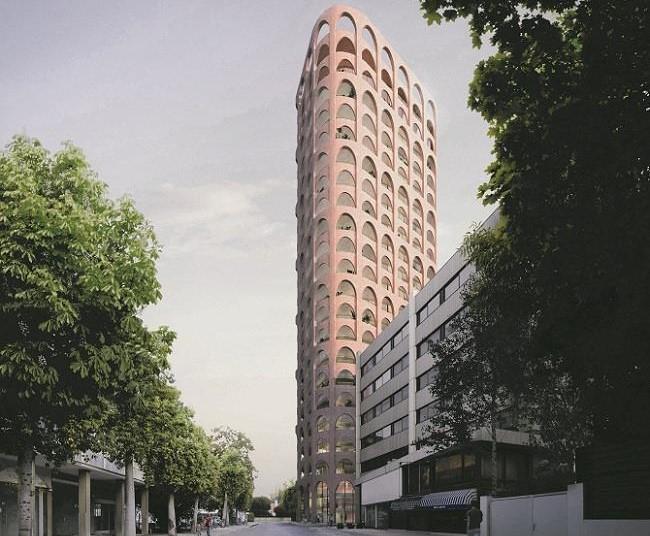 The Department of Environment agreed in 2019 to build two 64-meter high residential towers in Engomi. The cost of the project being carried out by Vassos Markides Estates is at €30 million. According to the release, the buildings will be erected next to the Hilton Park hotel.

The Orion project includes two modern and luxurious residential towers with underground parking, gym, sauna and concierge services. The height of each building will be 64 m, and the apartments will have a panoramic view of the city. The apartments have private pools and gardens. 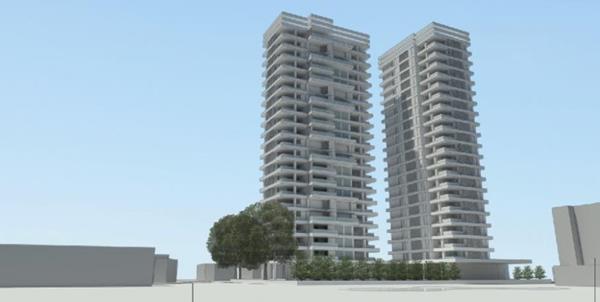 The impressive 12-storey high-rise, which is expected to become Nicosia's trademark, was designed by the architectural firm C. Kythreotis and Associates.

According to the project, the building will be a tower which resembles an elegant sculpture, the main feature of the high-rise will be the reflection of light on the moving aluminum blinds. The commercial high-rise will meet all the needs of the modern business community. It should be noted that one of the most prestigious districts of the city was chosen for the construction of a new business center.

The building will appear directly opposite the Presidential Palace in Nicosia, near the historic Demostheni Severi Avenue (next to the Ministry of Foreign Affairs) and Kyriakou Matsi Street. 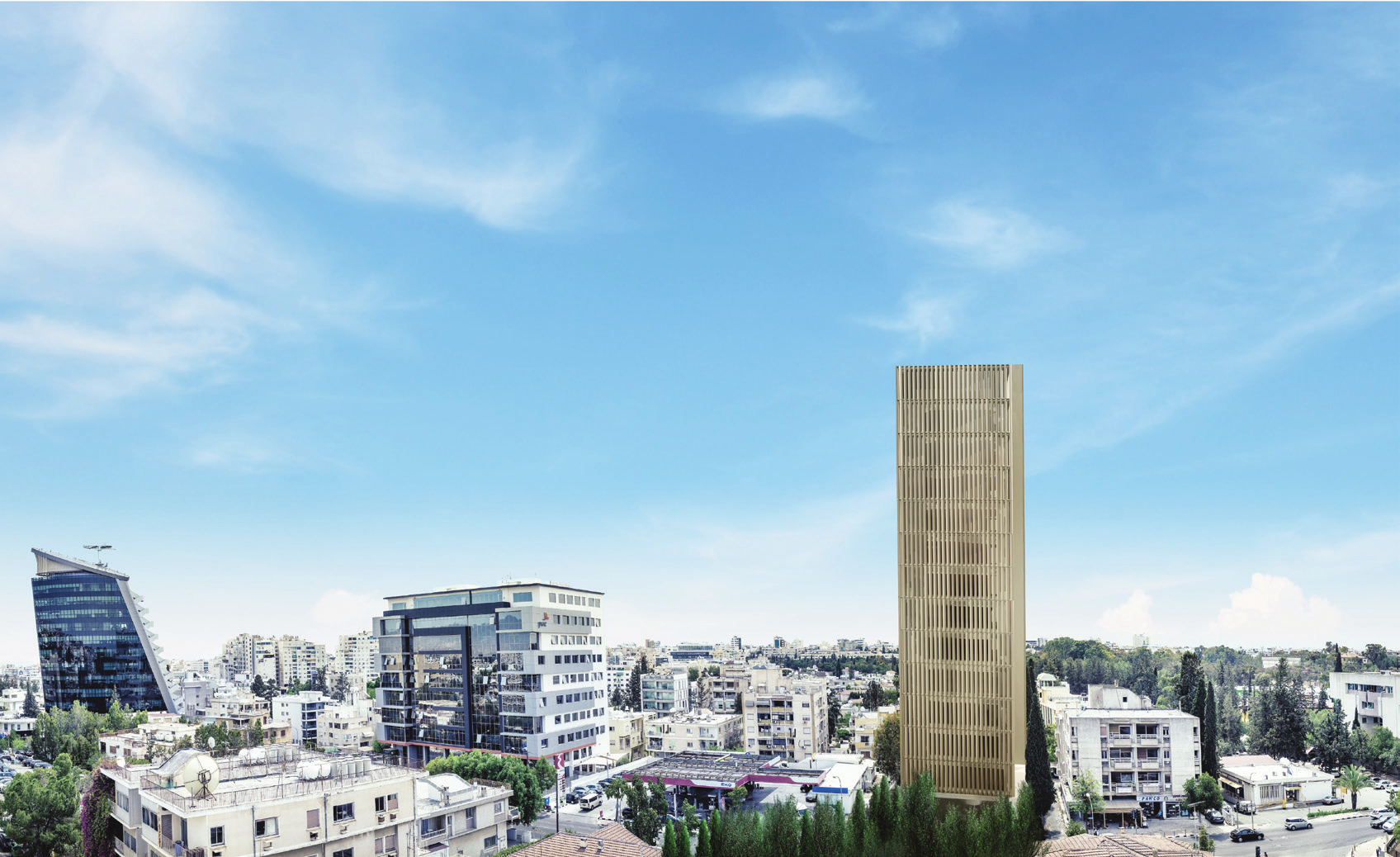 The building called Asteroid is being erected in the very center of Nicosia by BG Waywin and C&A Toumazis. Its height will be 16 floors (80 m). In addition to offices, it will have two basements with an area of ​​200 m2, a rooftop lounge bar and a parking lot for 133 cars.

This modern high-rise is expected to house international high-tech and gaming companies, financial offices, educational services, insurance companies, and more. Asteroid will be one of the tallest and most futuristic office towers in Nicosia, with easy access to both the city center and the high-ways. 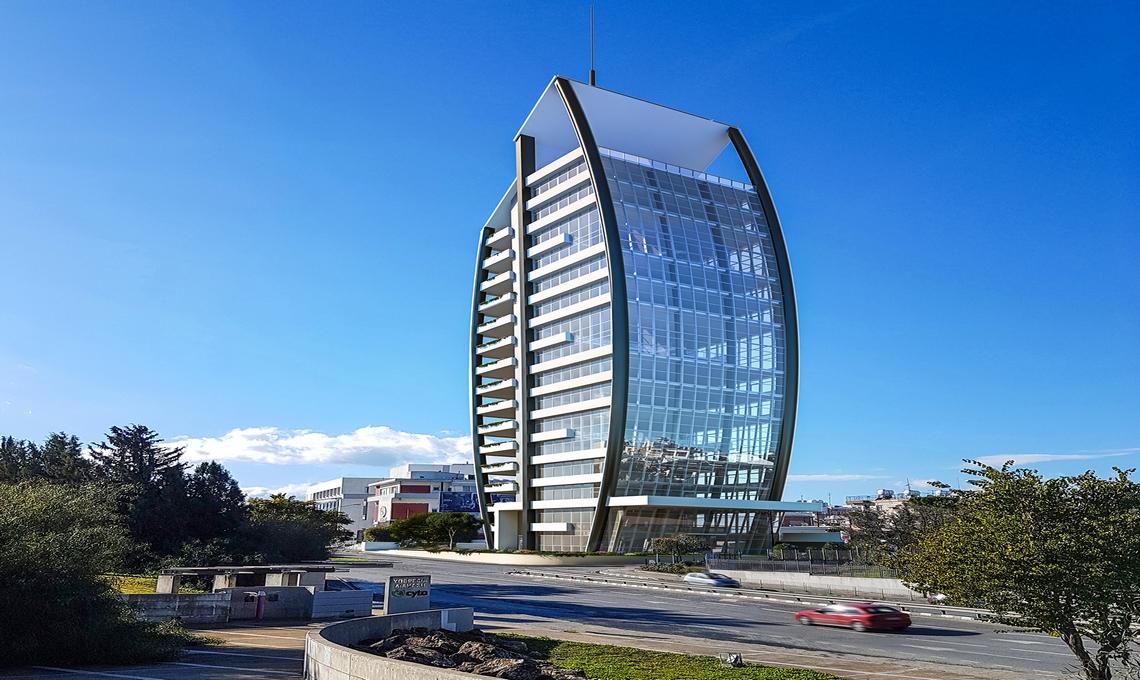 You can find out more about new buildings on the DOM real estate website. The website also has a large number of Cyprus properties - from residential to commercial. Choose and contact professionals who will help you make the right choice!