Tower 25 - the most beautiful building in Cyprus

The most beautiful building in Cyprus is located in the capital of the island - Nicosia.

I must say, Nicosia does not indulge its inhabitants with architectural delights. Any provincial Italian, French or German town will give a hundred-fold forums to the capital of Cyprus. Most buildings are boring and monotonous, some are frankly unaesthetic.

Tower 25, as well as with other outstanding buildings - Wargaming's headquarters has become the “hallmark” of the city. However, judge for yourself. 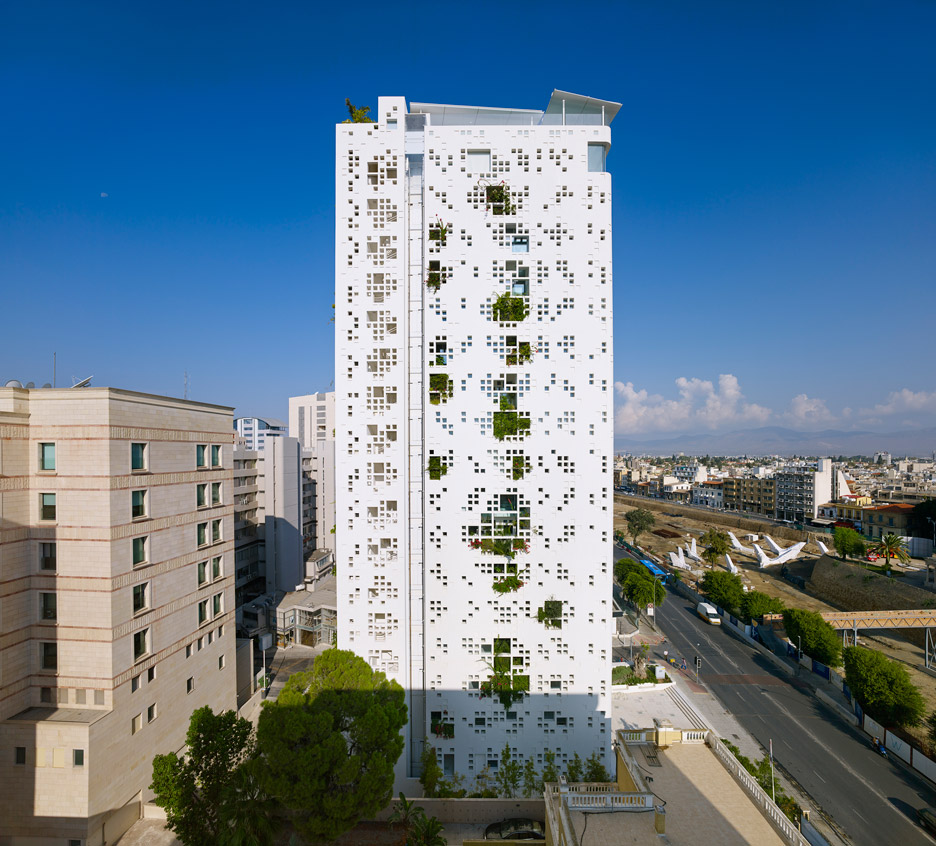 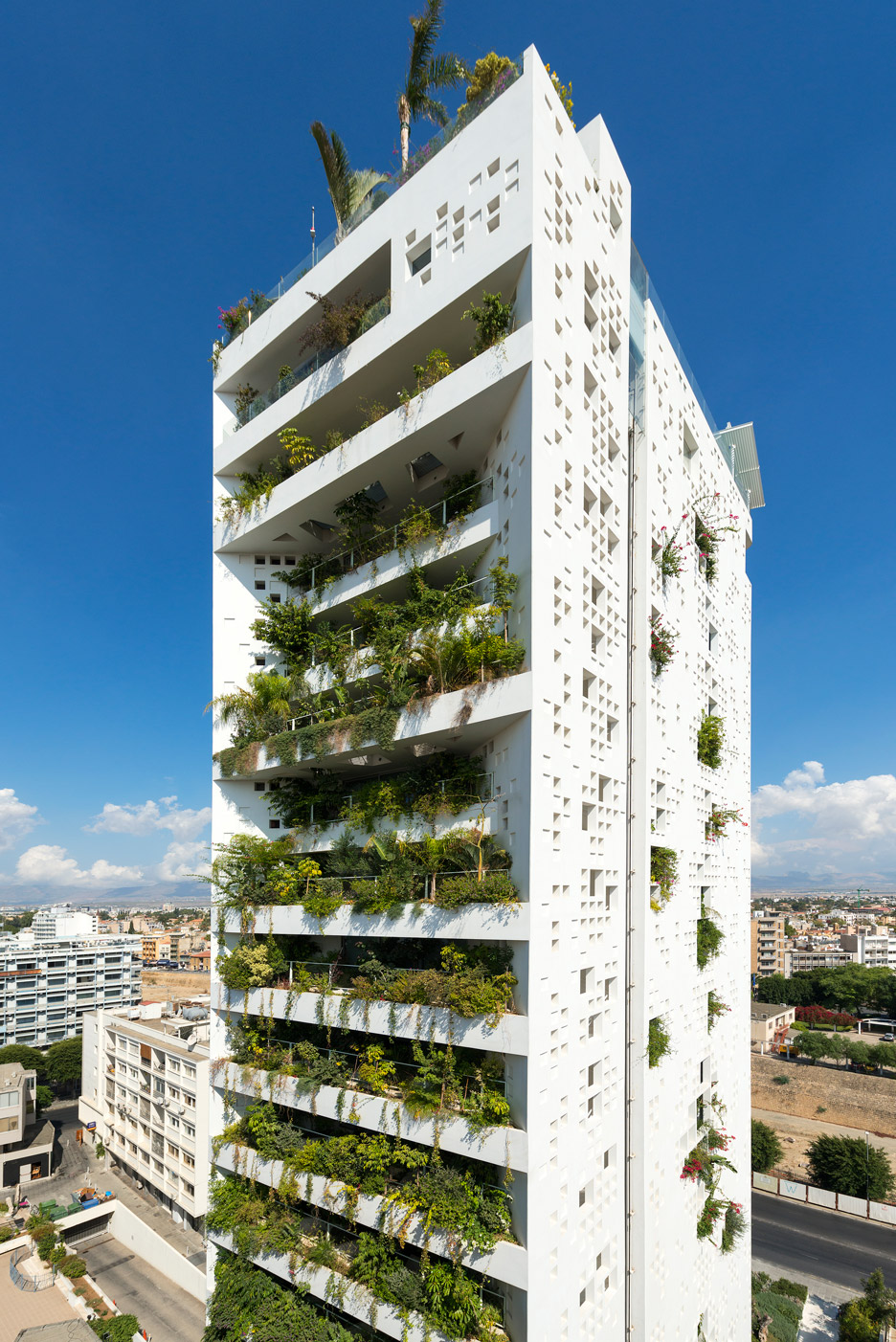 Earlier building. From a long time it looks like a parallelepiped made of perforated white marble with a pothole from the slots of the green sky against the background of the bright blue sky. This is called "vertical terrain." Mediterranean vegetation creates an enchanting colour contrast and boils a white building. 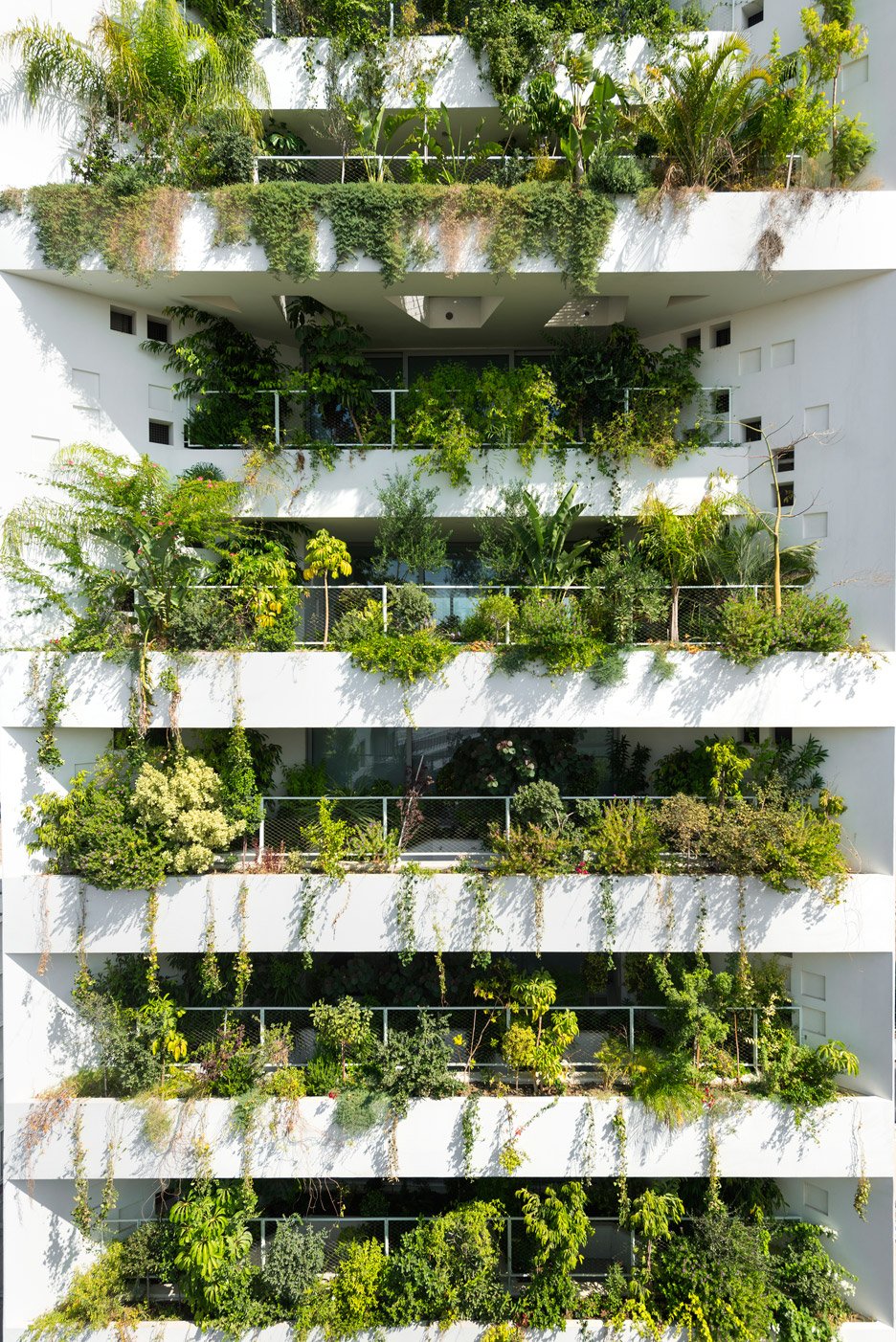 The creator of Tower 25, Jean Nouvel, calls his brainchild "a natural sunny breeze." The southern facade of the building seems to “splash out” plants that tend to the sun and light. This creates an incredible effect. 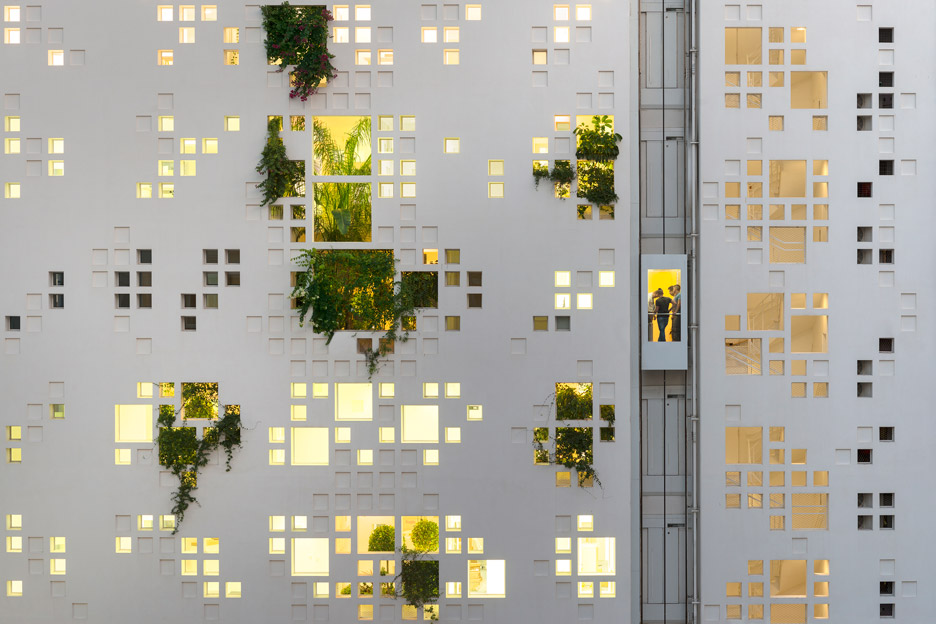 The snow-white walls and eastern sides of the building are pierced with square holes, as it were, scattered across the surface, forming geometric shapes and fascinating asymmetrical pixel patterns, also filled with beautiful living plants. 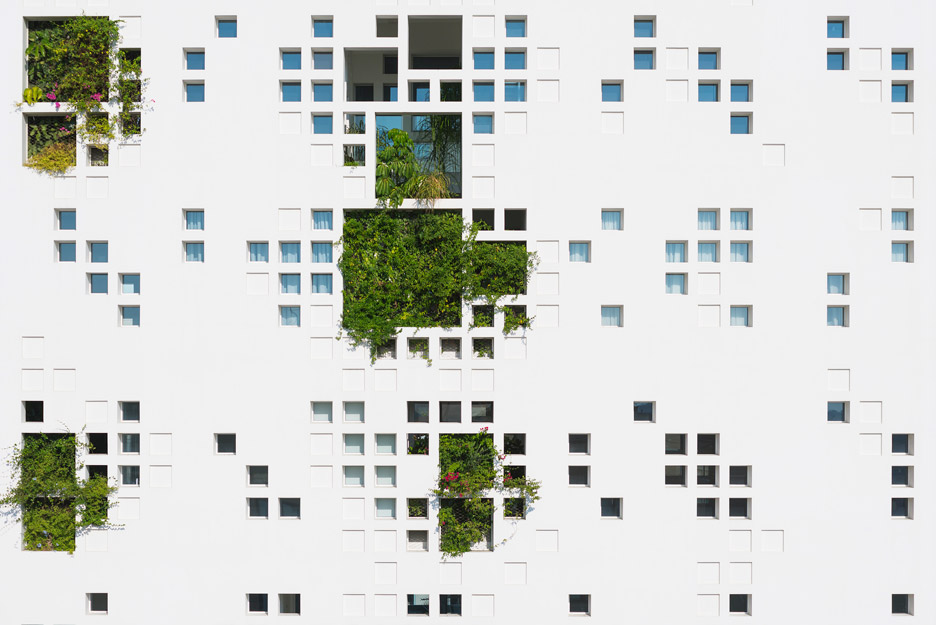 All you need is natural shields and sunrays.

The northern facade is designed in a minimalist style - here minimalism came to the forefront: balconies are the length of the entire facade, strict lines and all the same snow-white facing material. The width and depth of the balconies is gradually changing, and this creates the illusion that the building is not static, but that which expands is what is happening, the effect of movement and sliding. The building seems to be breathing.

The balconies are made with phosphorescent bluish lighting, giving the building a fantastic look in the evenings. 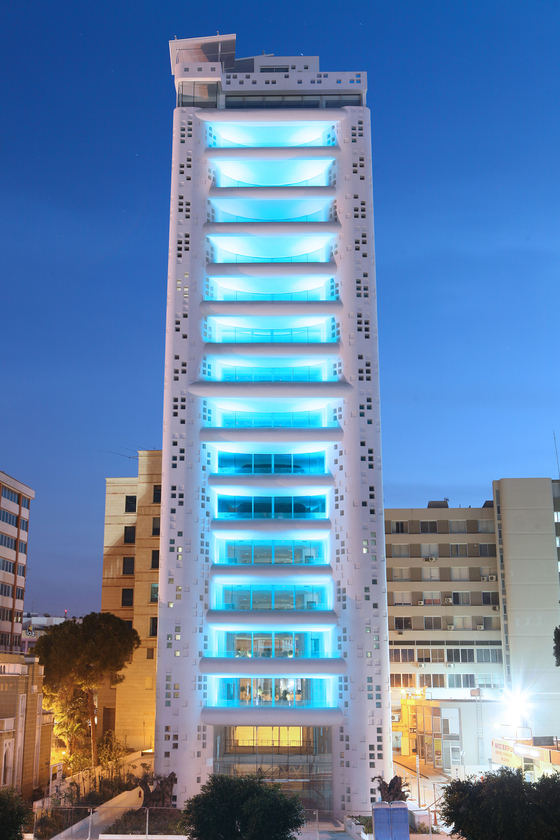 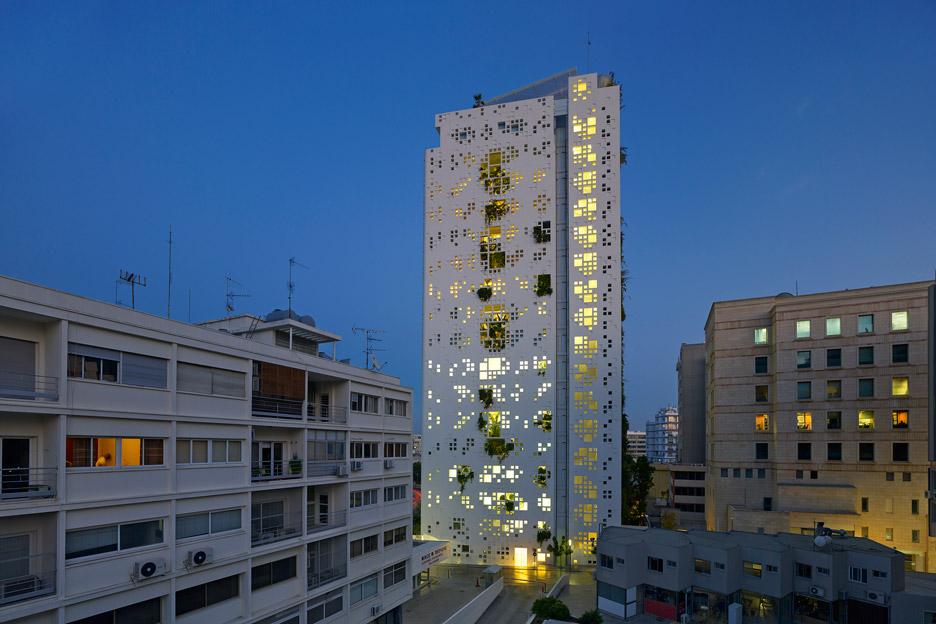 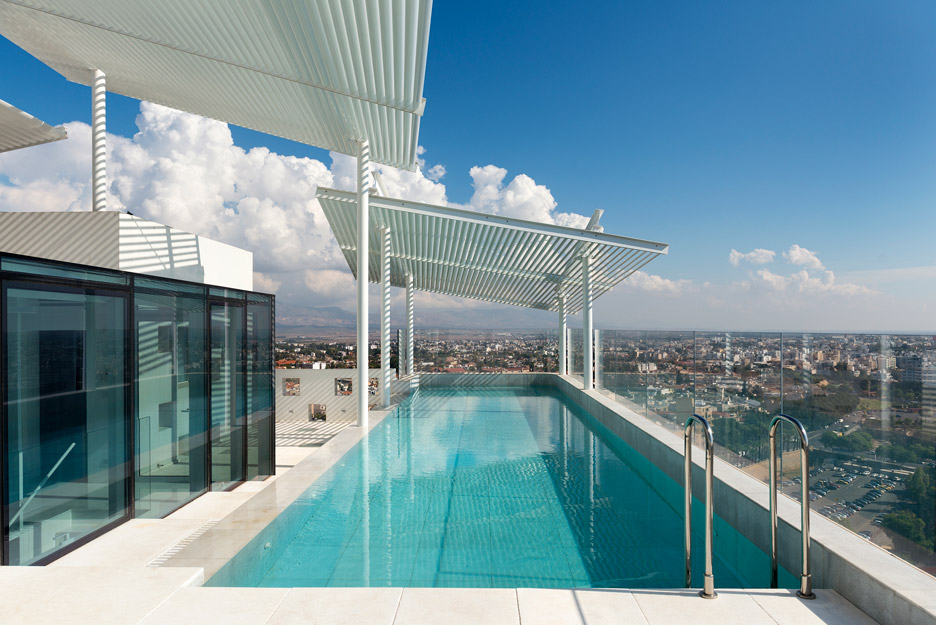 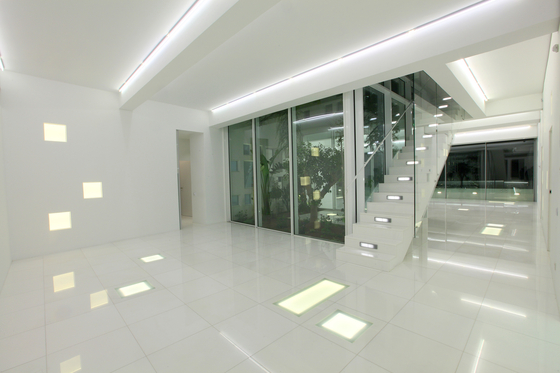 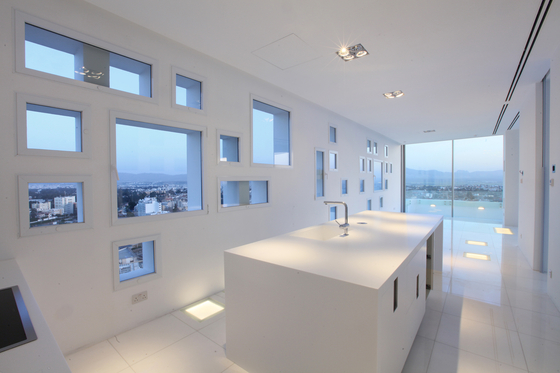 The spacious terraces have everything you need for air and even on the hottest days. North access and a balcony overlook the same functions. 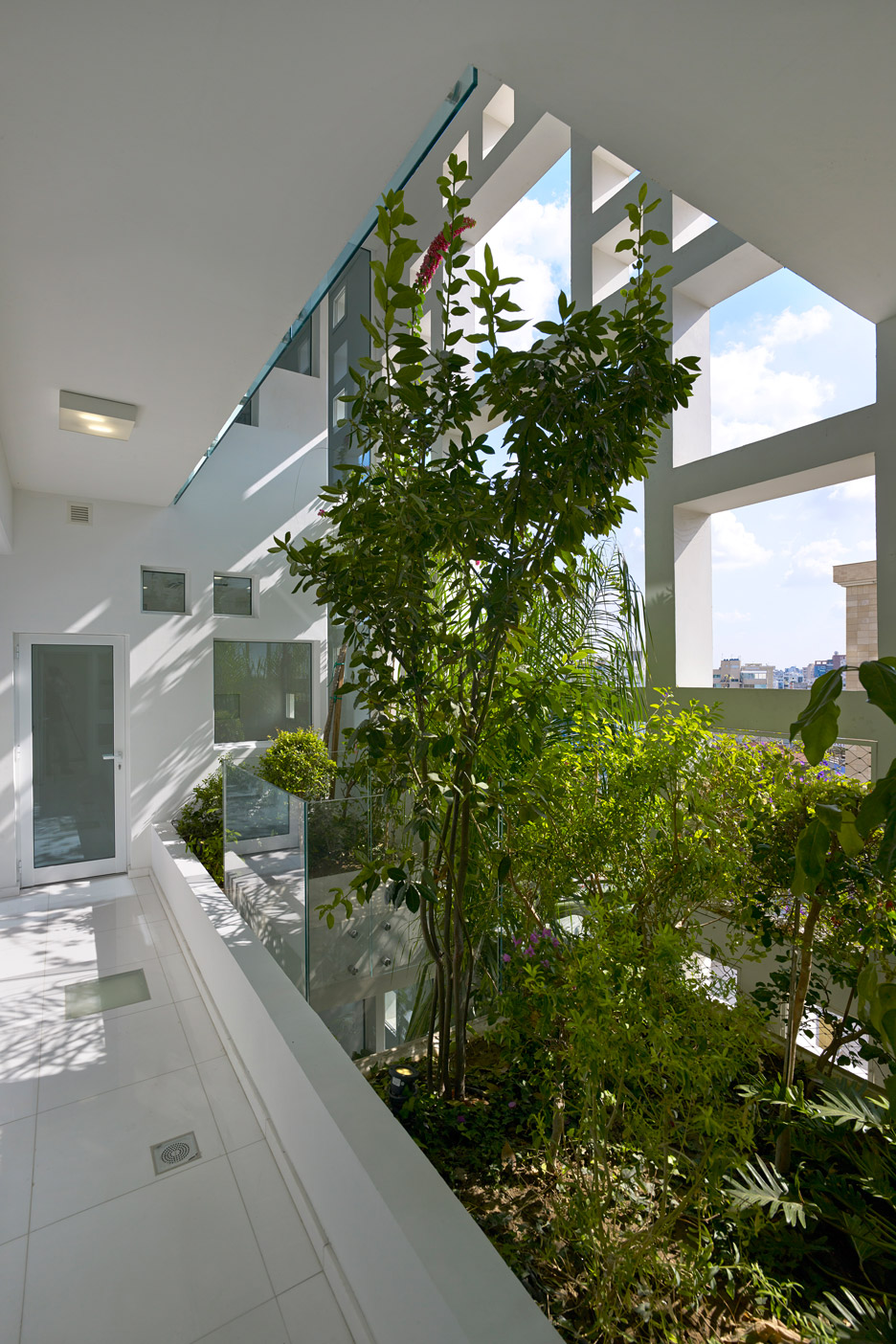 All buildings were opened in the historical centre of Nicosia and the Venetian walls, as well as on Freedom Square (Eleftheria), the project of which was developed by the great Zaha Hadid. 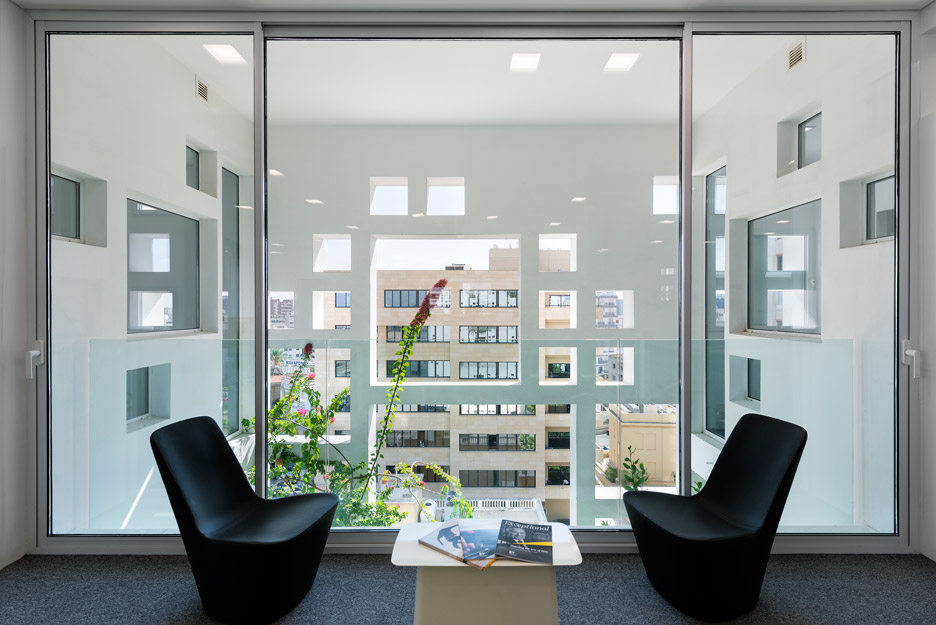 Other facades are square in shape, random in shape. Some of them are windows, as well as in hot climate.

Other projects of Nouvel: